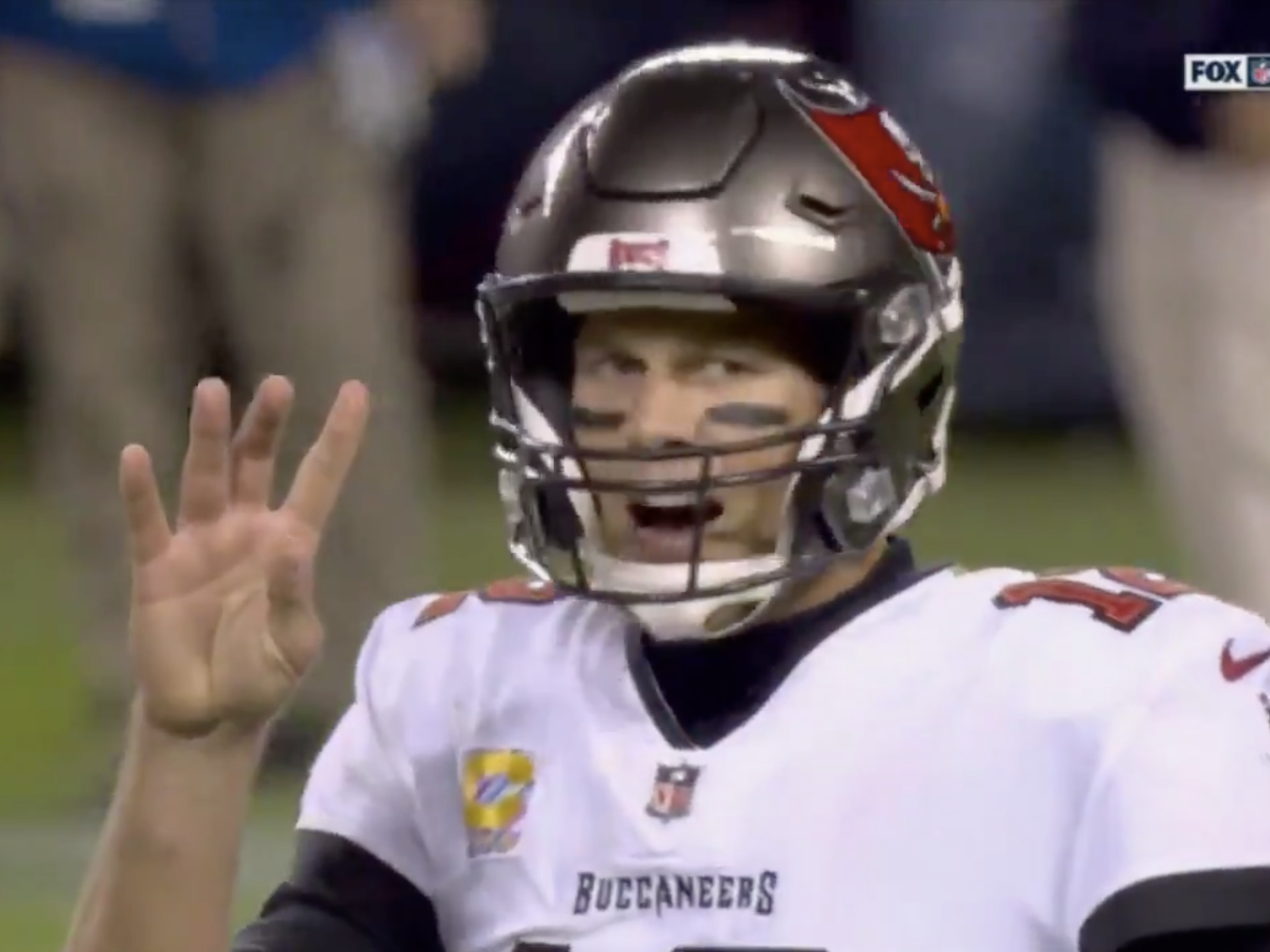 NFL NetworkTom Brady held up four fingers after his final offensive play on Thursday night, apparently unaware that it had been fourth down.

Tom Brady made a rare mental mistake on Thursday night, and it cost the Buccaneers their shot at a comeback win.

Trailing the Chicago Bears 20-19 with just over a minute left to play, Brady and the Buccaneers needed to drive into field goal range to give themselves a shot to win.

After a quick first down got the drive started, the offence quickly sputtered, with two incompletions, and one short gain up the middle leaving Tampa Bay facing a fourth-and-5 with the game on the line.

On fourth down, Brady sat in the pocket, and attempted to thread the needle to tight end Cameron Brate. The pass was broken up, and the Bears took over possession to seal the game â€” a fact that everyone on the field seemed to know except for Brady.

After the play, Brady held up four fingers in disbelief, having thought the previous play was just third down, and that the Buccaneers had one more shot to pick up the first down. He was wrong.

Tom Brady seemed to think that 4th down play was 3rd down. pic.twitter.com/SHVbMrG3Ma

Making Brady’s mental error that much worse is the fact that just a few minutes earlier, Brady was caught on the sidelines chewing out his teammates after a drive stalled out due to a series of penalties.

As it would turn out, Brady would go on to make the biggest mistake of the game.

On Twitter, fans had a field day with Brady’s mental lapse.

the bucs to tom brady pic.twitter.com/zHBY2Pj0yz

How many losses does Tom Brady have to Nick Foles and Eli Manning? pic.twitter.com/g4EY2KUfjo

Had Brady realised it was fourth down, chances are he would have thrown a much safer pass than the one he tried to force into Brate. Instead, he blew the Buccaneers shot at a win without even realising he had the game in his hands.