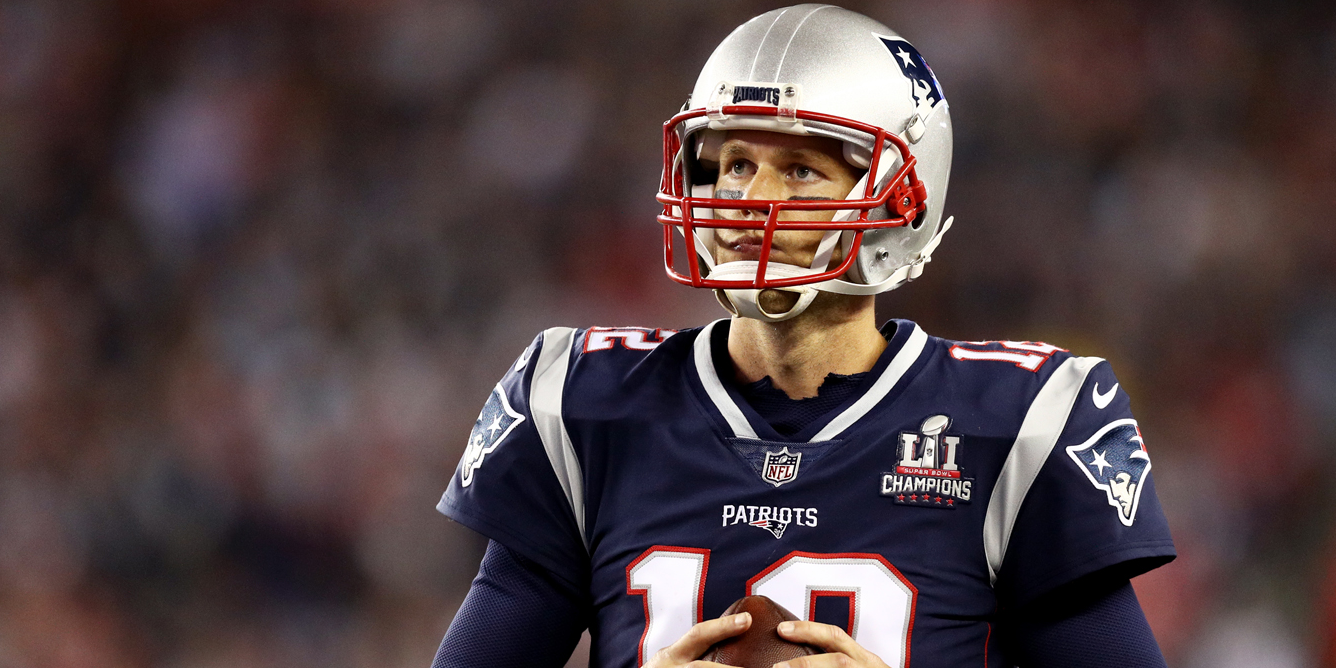 Maddie Meyer/GettyTom Brady has sacrificed a lot of money in his career to play for a winner.

Tom Brady is now the former starting quarterback for the New England Patriots, announcing that he would sign with a new club for the 2020 season.

The Patriots have ruled the NFL for two decades in a way no other team in league history ever has. A big part of that was finding Brady, who not only dominated on the field but sacrificed to put his team in a good position.

Brady has made plenty of money in his NFL career. However, what if he had not taken less or restructured contracts over the course of his career helping the Patriots out? Brady would be a richer man, and perhaps the highest-paid player in NFL history.


Read more:
The 29 NFL players who have made at least $US100 million in their careers

If Brady consistently signed deals equal to those of the biggest quarterback contracts, we found he could have made $US287.6 million. That is about $US60 million more than his actual earnings, and approximately $US35 million more than Eli Manning made in his career, the most in NFL history (you can see how we reached this number below). 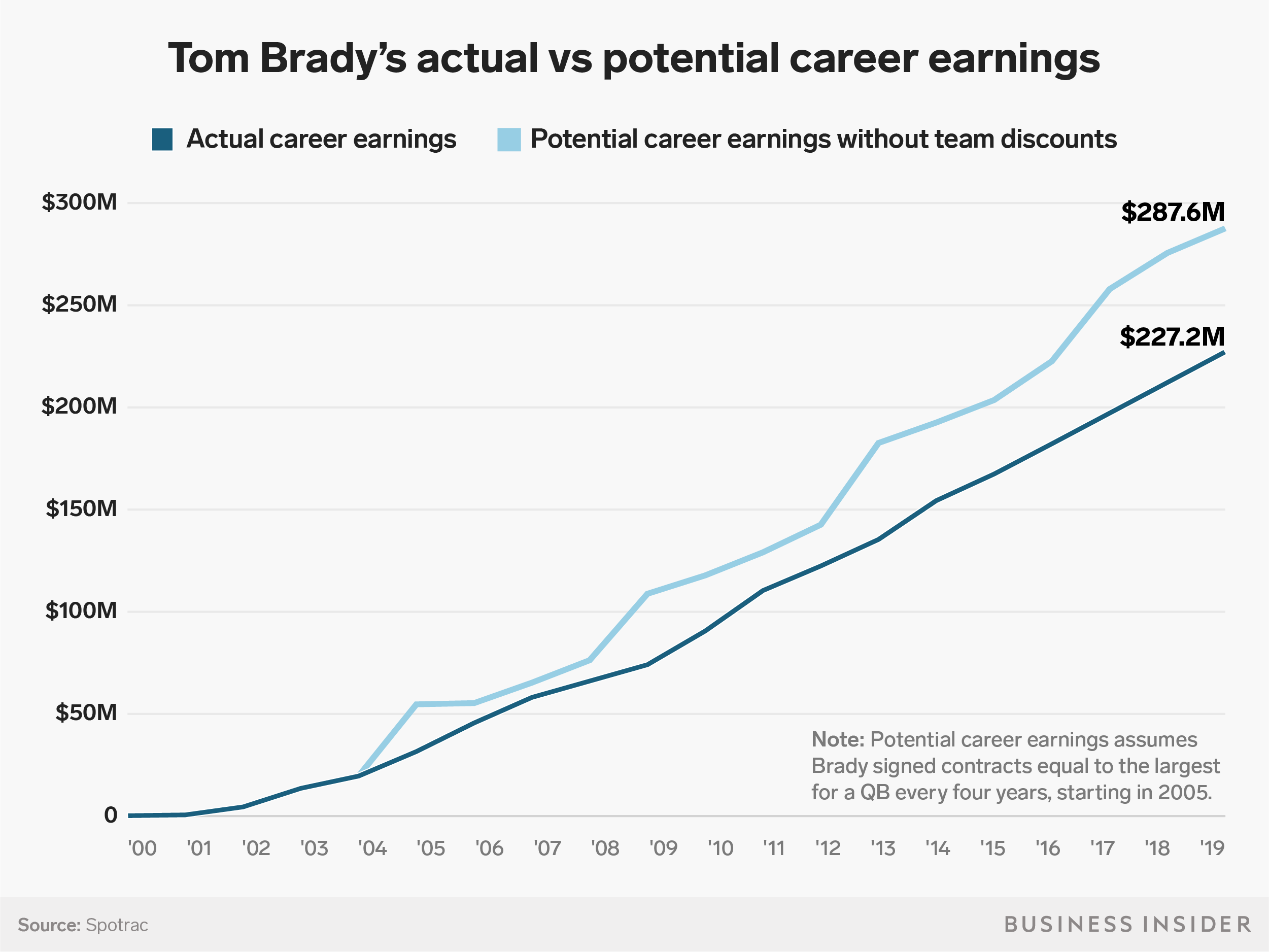 Jenny Cheng/Business InsiderHow much Tom Brady could have earned without team discounts.

Measuring such a thing is not an exact science. In the NFL, even the best and highest-paid players rarely see the end of a contract. In Brady and the Patriots’ case, they have frequently adjusted his deals to lower his base salary and cap hits to address roster needs while giving him a bigger signing bonus and money upfront.

To project Brady’s non-discounted career earnings, we kept his rookie deal and first extension the same. In 2002, Brady signed a four-year, $US28 million contract. His next extension came in 2005. By this point, he had won three Super Bowls and was a 2-time Super Bowl MVP. It is safe to assume that by 2005, he could have started commanding top contracts.

We imagined a scenario where Brady signed new deals in 2005, 2009, 2013, and 2017 that were the equivalent of the going rate for the top quarterback at the time. In each of those four years, we gave Brady a new contract equal to that of the biggest contracts for veteran quarterbacks that had been signed before that season or the previous season. We also imagined that Brady only played four seasons under each contract and then signed a new deal.

Here are the contracts we used:

An important note: In 2017, Matthew Stafford signed the largest quarterback deal at five years, $US135 million. However, with Brady turning 40 that season, we hedged, imagining the Patriots exercising caution and not committing such a number to a player entering his 40s.

Again, that’s a conservative estimate. If we were to use Stafford’s $US135 million contract in 2017, Brady would have given up something closer to $US76 million to this point in his career.

One could also argue that Brady could demand better than the top quarterback deals in any given year. A more aggressive estimate would suggest that Brady has sacrificed something closer to $US100 million.

Of course, it’s possible that if Brady took a max contract every chance he could, his and the Patriots’ legacies might be different. In 2007, Brady restructured his deal to make room for Randy Moss. In recent years, he has taken money up front so the Patriots could re-sign key free agents. Perhaps if Brady had not restructured or agreed to new deals, the Patriots would not have been as good, taking some of the lusters away from both parties.

Brady has said he wants to play until he’s 45, meaning he has a few more opportunities to still cash in. But at the moment, the best quarterback in NFL history won’t go down as the highest-paid.

Jenny Cheng contributed to this report; This post was originally published in 2019 and has been updated.