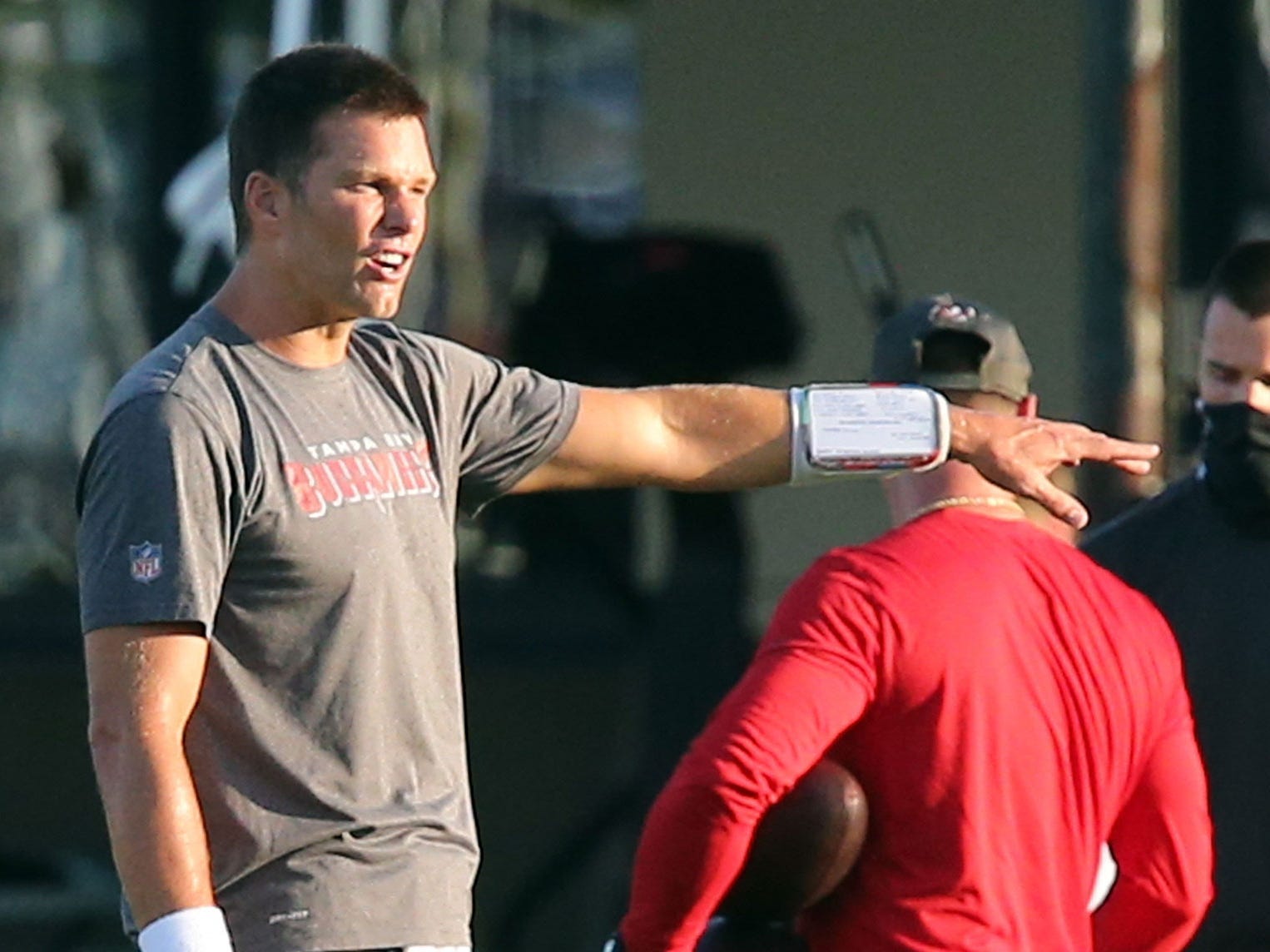 Cliff Welch/Icon Sportswire via Getty ImagesTom Brady (12) of the Buccaneers points to where he would like the receiver to be during the Tampa Bay Buccaneers Training Camp on August 04, 2020.

Tom Brady is only days into his first training camp with the Tampa Bay Buccaneers, but he’s already coaching up his new teammates with impressive familiarity.

According to Peter King at NBC Sports, Brady has offered tips to his new tight end O.J. Howard thanks to watching extensive film of his play.

King caught the moment while Brady was connecting with Howard on a route in practice. Brady called out to Howard to “Keep those shoulders square” and pantomimed, pumping his arms up and down.

While Brady hasn’t played enough with his new teammates to know their tendencies inside and out, he has apparently watched enough film to know how to improve.

“When he says, ‘Shoulders square,’ if you watch me on film, and he watched me, watched me a lot, I’d be running a vertical route, not going as fast as I should have,” Howard told King. “That’s because I’d be running a vertical route, but I’d look back, and it’d slow me down. He’d say, ‘Keep those shoulders square. Don’t slow down for me. Six, eight yards, pump your arms, sell it like a go route-I’ll get you the ball.”

Howard said that he appreciated the tips from Brady.

“When Tom does that, it’s huge for me to hear,” Howard said. “I worked on that all offseason, a bad habit I had to break. He puts it in my head every day. That’s what a true leader does. He does it in a humble way. So chill. That’s Tom Brady, one of the best to ever play our game, and every day he’s got something for me to make me better.”

Brady will make his debut with the Buccaneers in just four weeks when they open the season against the New Orleans Saints on September 13. Between now and then, Brady still surely has plenty more coaching left to do.