Tom Brady is selling his highly customised Cadillac Escalade for $300,000 — see inside 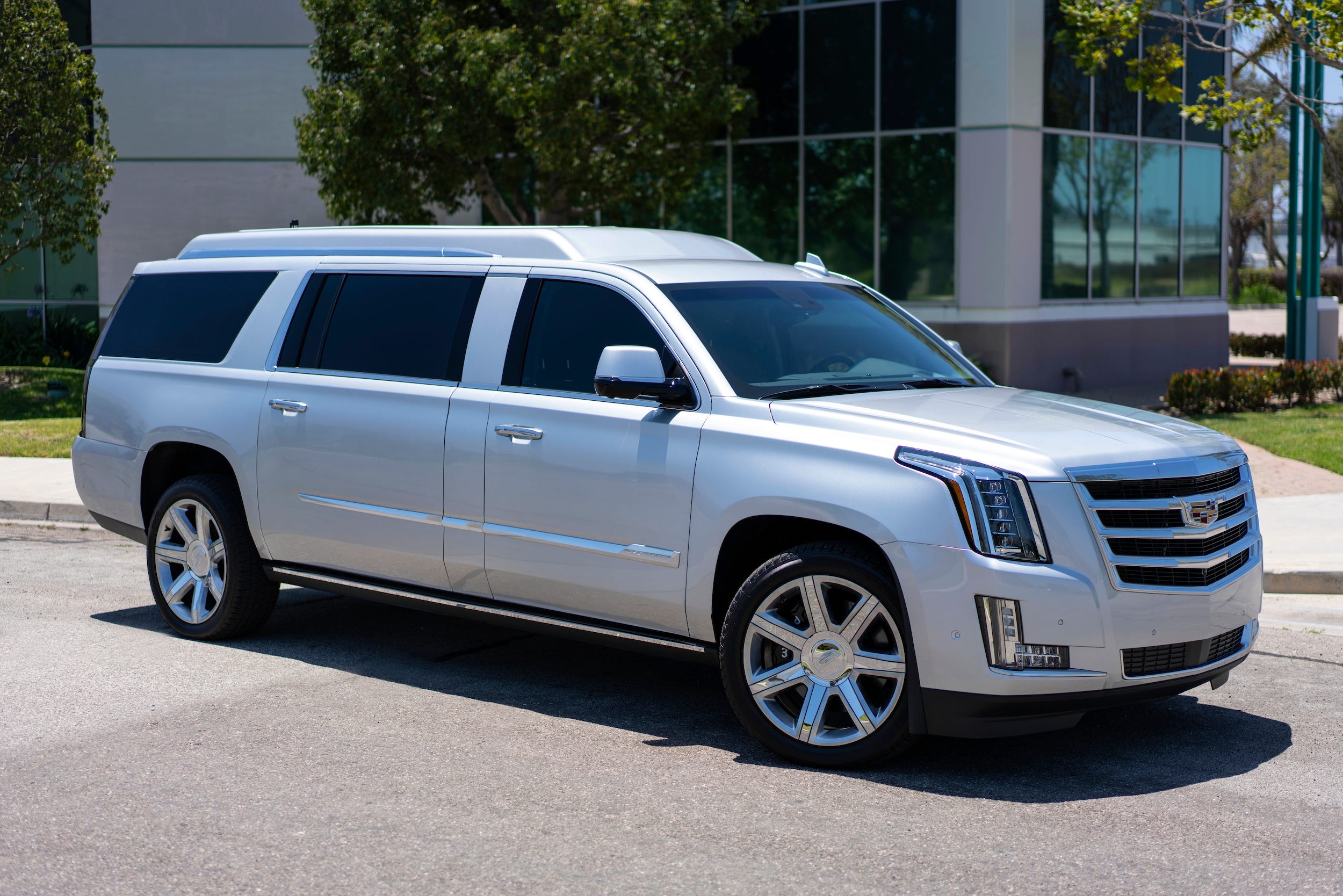 Tom Brady is making some big moves this year. Not only is he taking his talents to the Tampa Bay Buccaneers after 20 seasons with the New England Patriots, but he’s also selling his custom 2018 Cadillac Escalade ESV for a cool $US300,000.

The opulent SUV – which was thoroughly customised by Becker Automotive Design – originally cost Brady close to $US345,000, according to an invoice the company provided Business Insider.

The vehicle itself cost around $US91,000, and Becker packed on roughly $US250,000 worth of customisations at Brady’s request. The NFL star had the SUV stretched by 20 inches and ordered upgrades like massaging Italian-leather seats, a flatscreen TV, wood accents, and a mobile internet system.

“Parting ways with my Becker ESV won’t be easy,” Brady said, according to the SUV’s listing. “From day one, it became my sanctuary from the outside noise. I hope the next owner will take great care of her; she will always be a part of the Brady family.”

Learn more about Brady’s Cadillac Escalade ESV, which was brought to our attention by Robb Report, below.

Tom Brady’s 2018 Cadillac Escalade ESV, which was heavily modified by Becker Automotive Design, has hit the market for $US300,000. 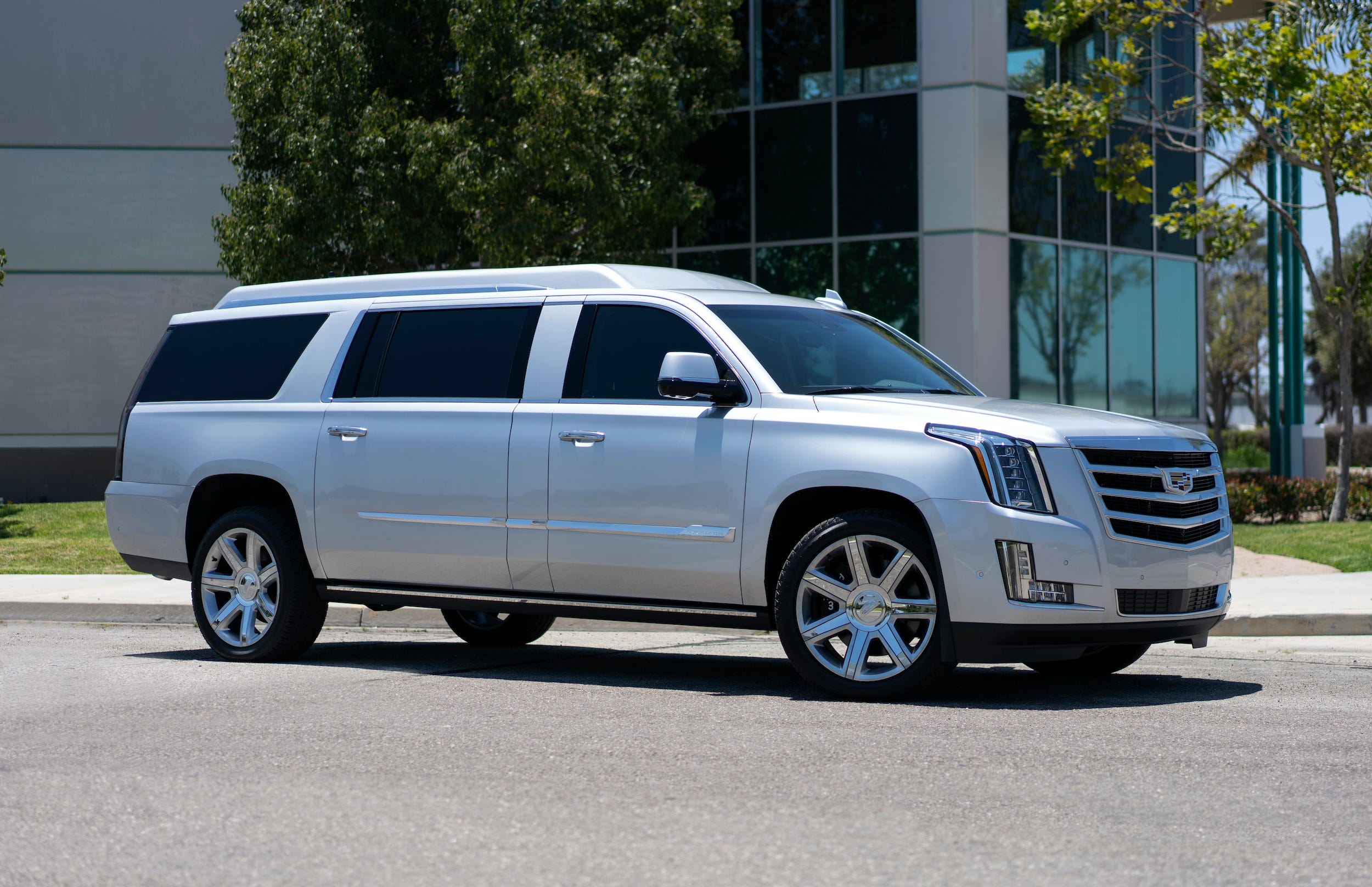 The NFL star’s luxuriously appointed SUV initially cost roughly $US350,000, and boasts tons of amenities not found in your typical Caddy. 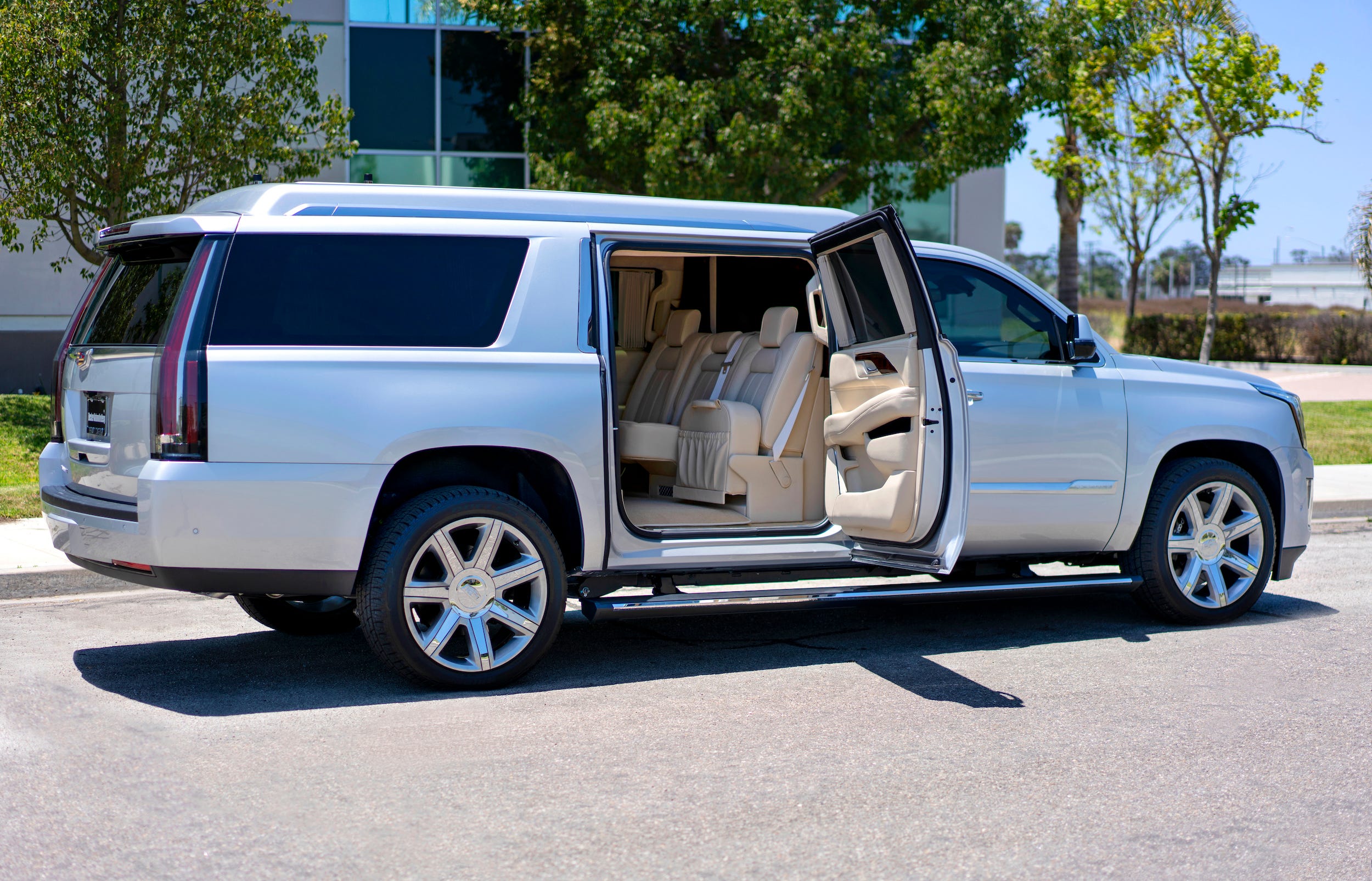 “From day one, it became my sanctuary from the outside noise,” Brady said of the car, according to its listing. 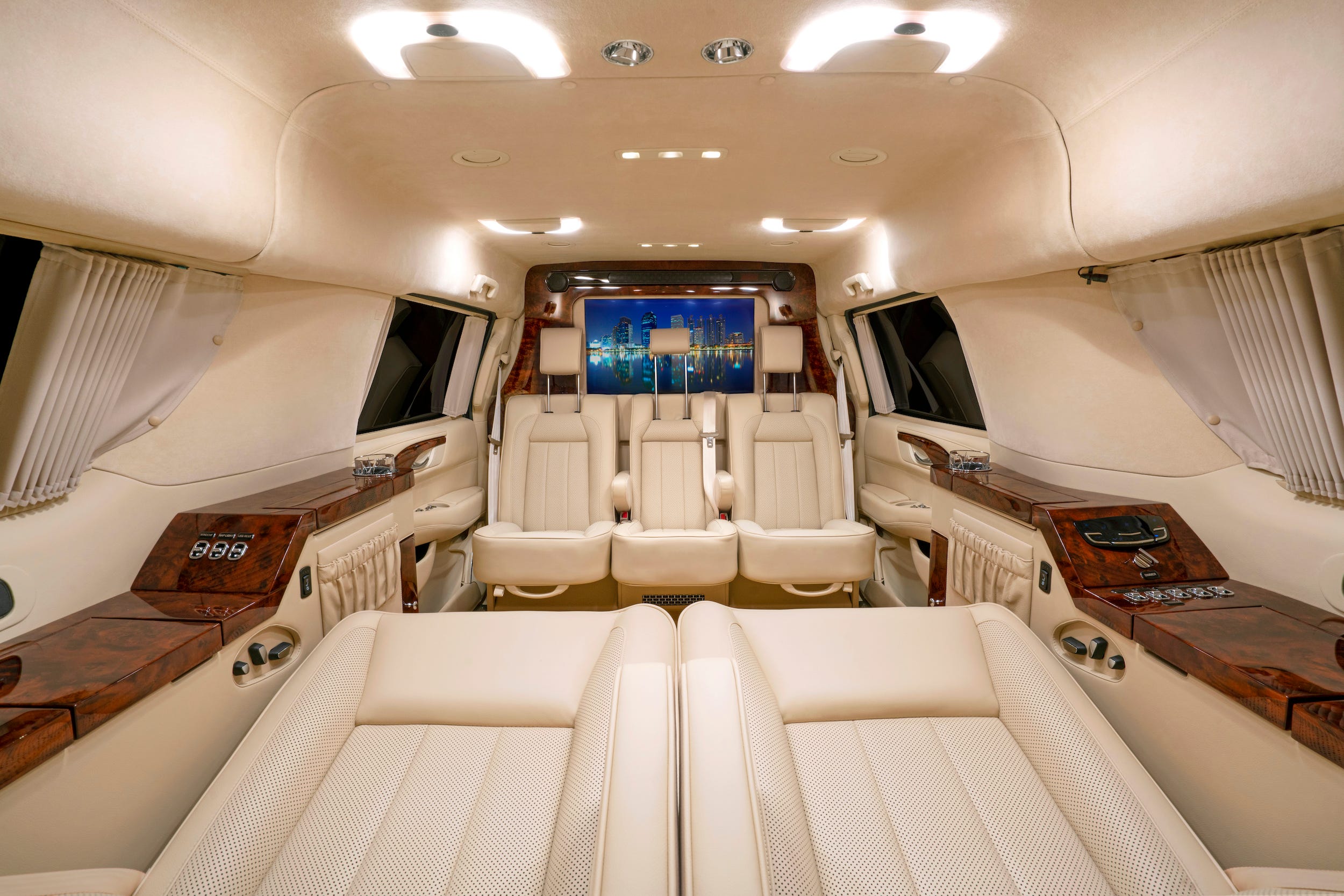 The interior includes two reclining seats, which have heating, cooling, and massage functions. 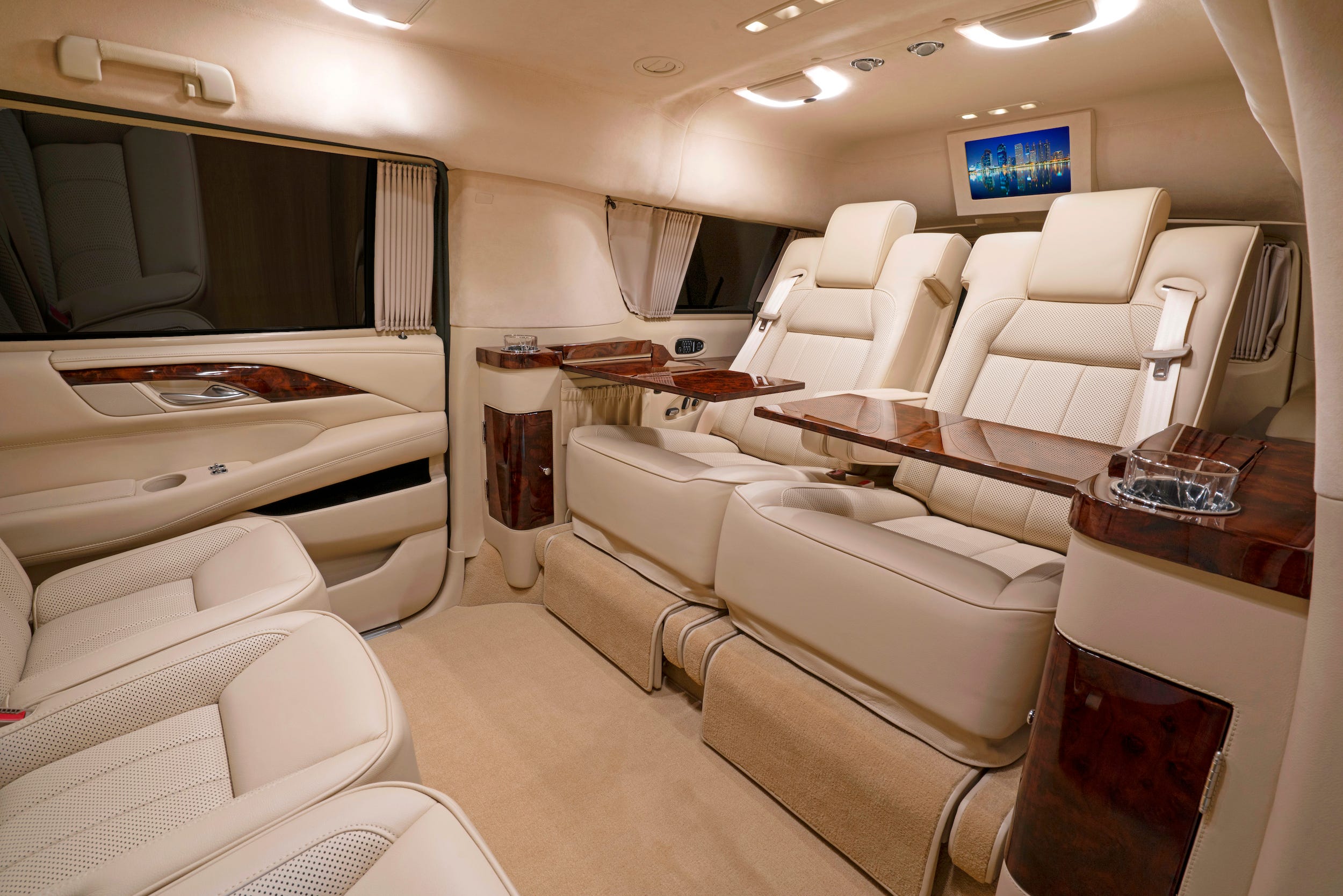 Plus, the Escalade has footrests built into the floor, which electronically rise at the push of a button. 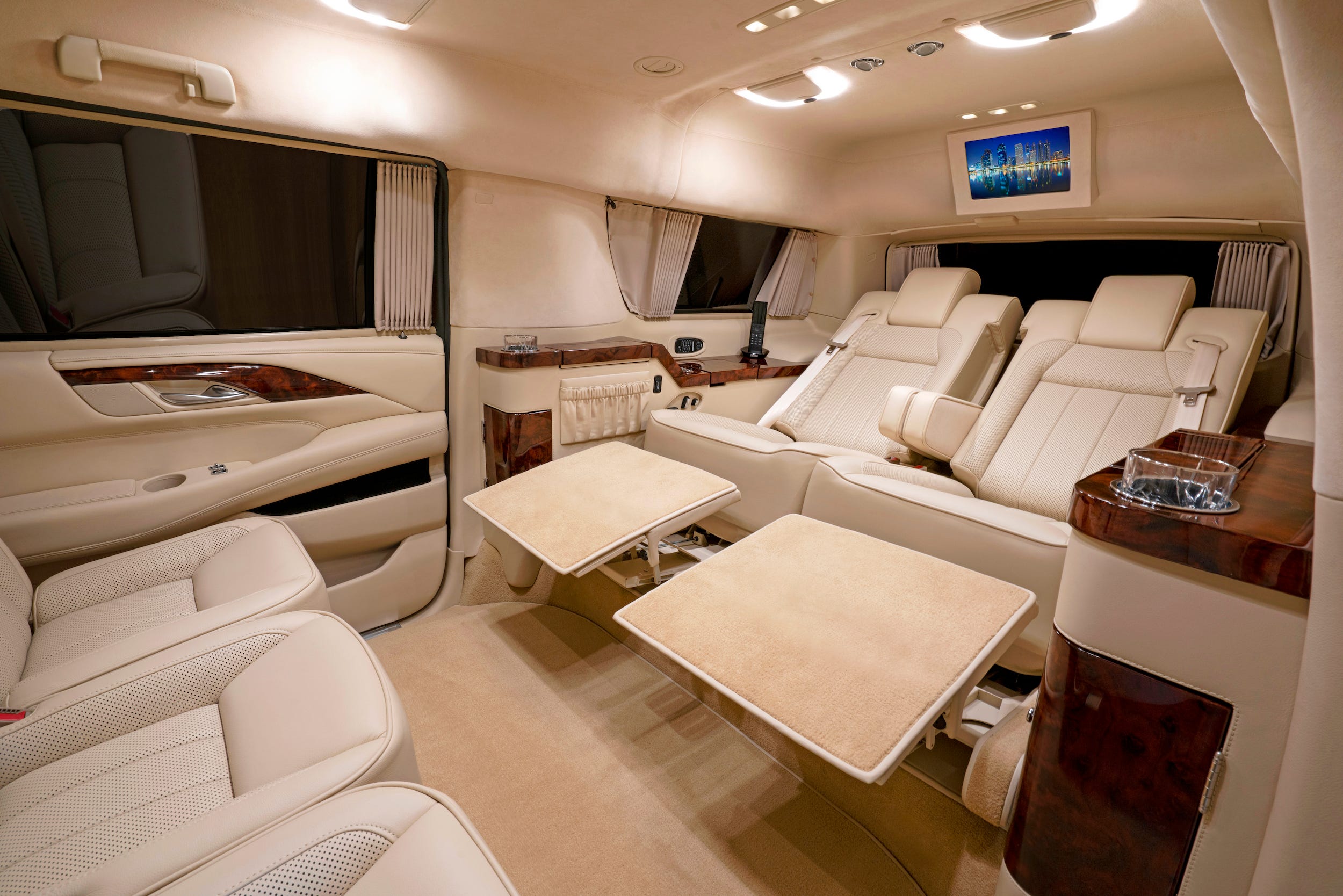 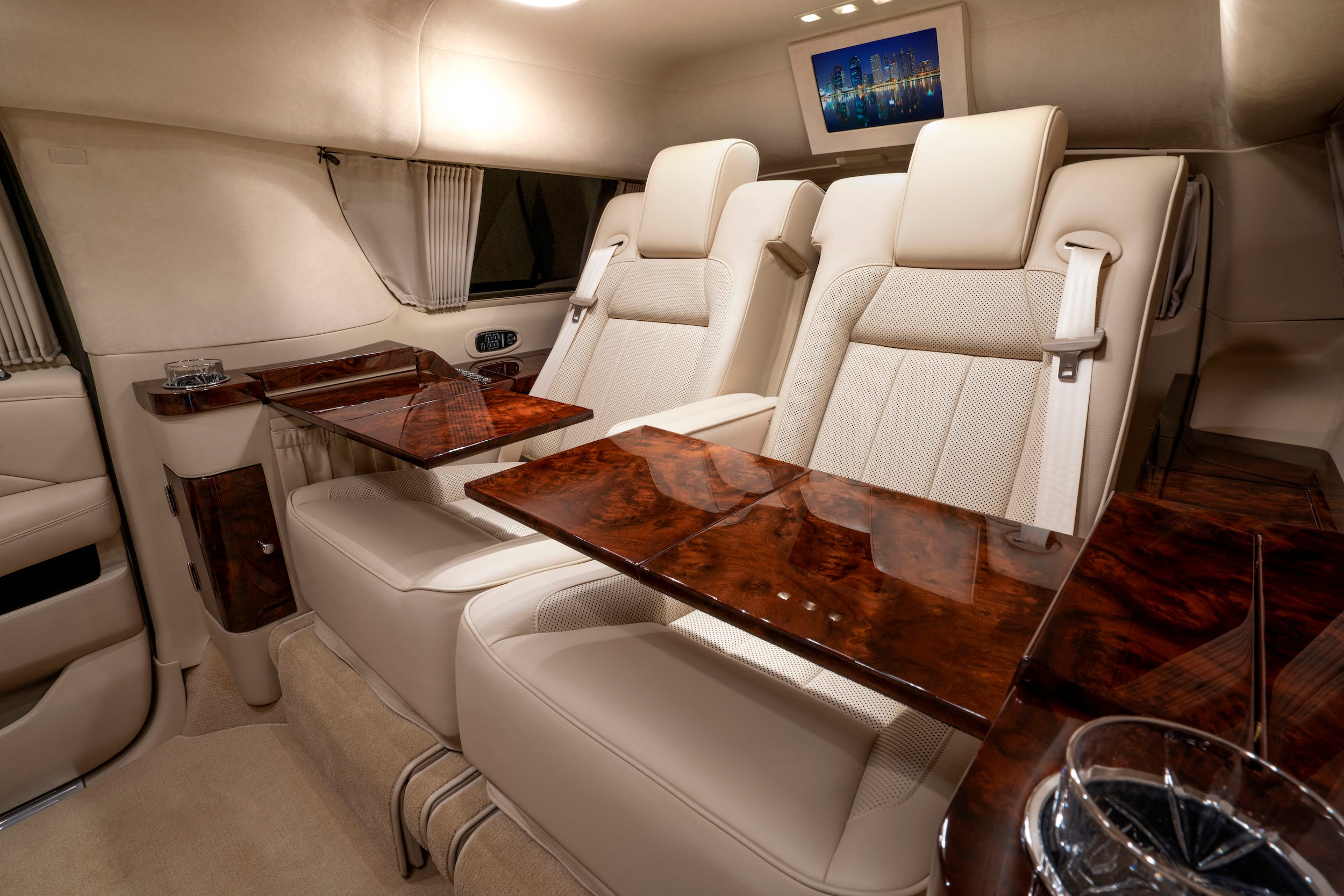 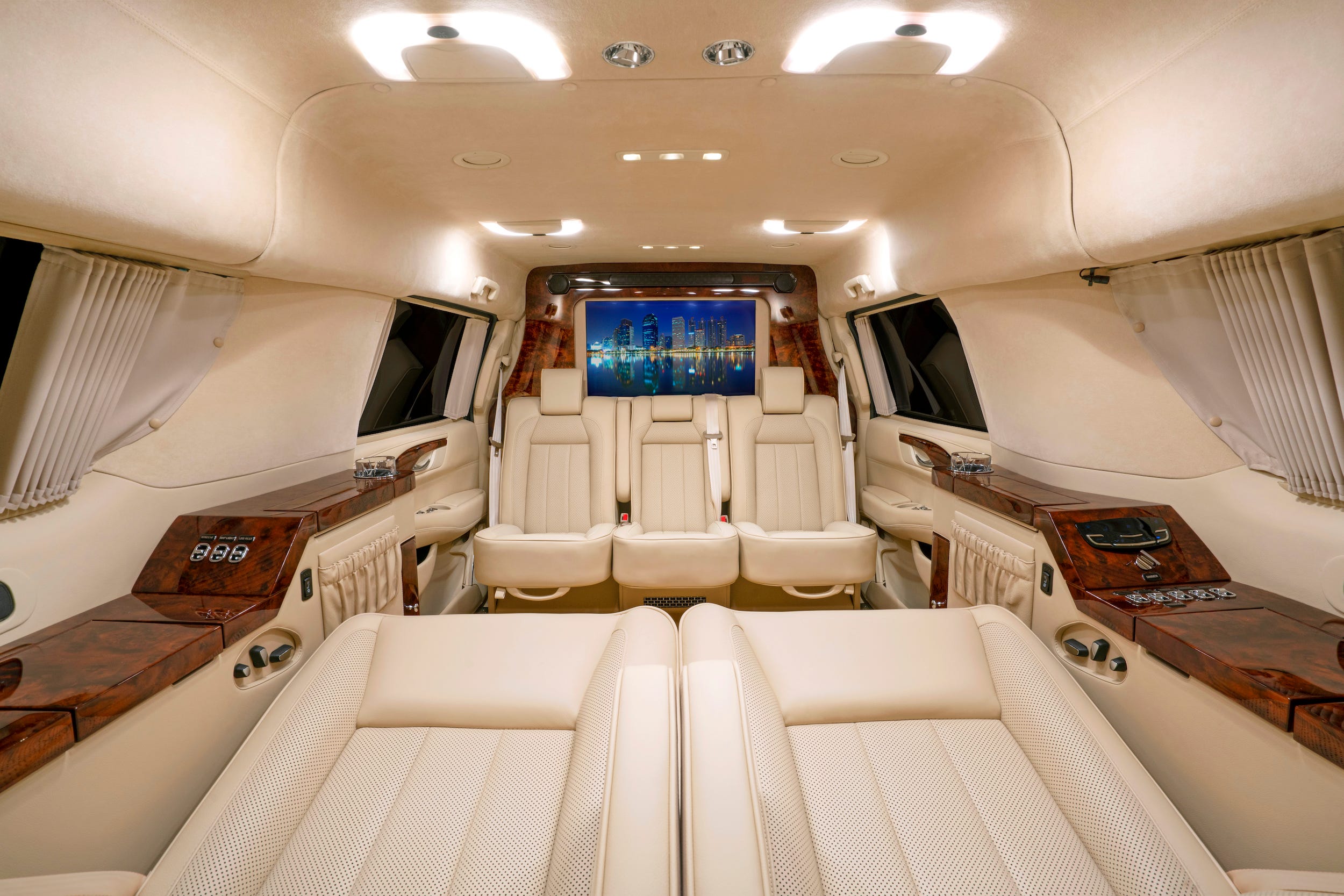 … which electronically retracts and acts as a partition between the passengers and driver. 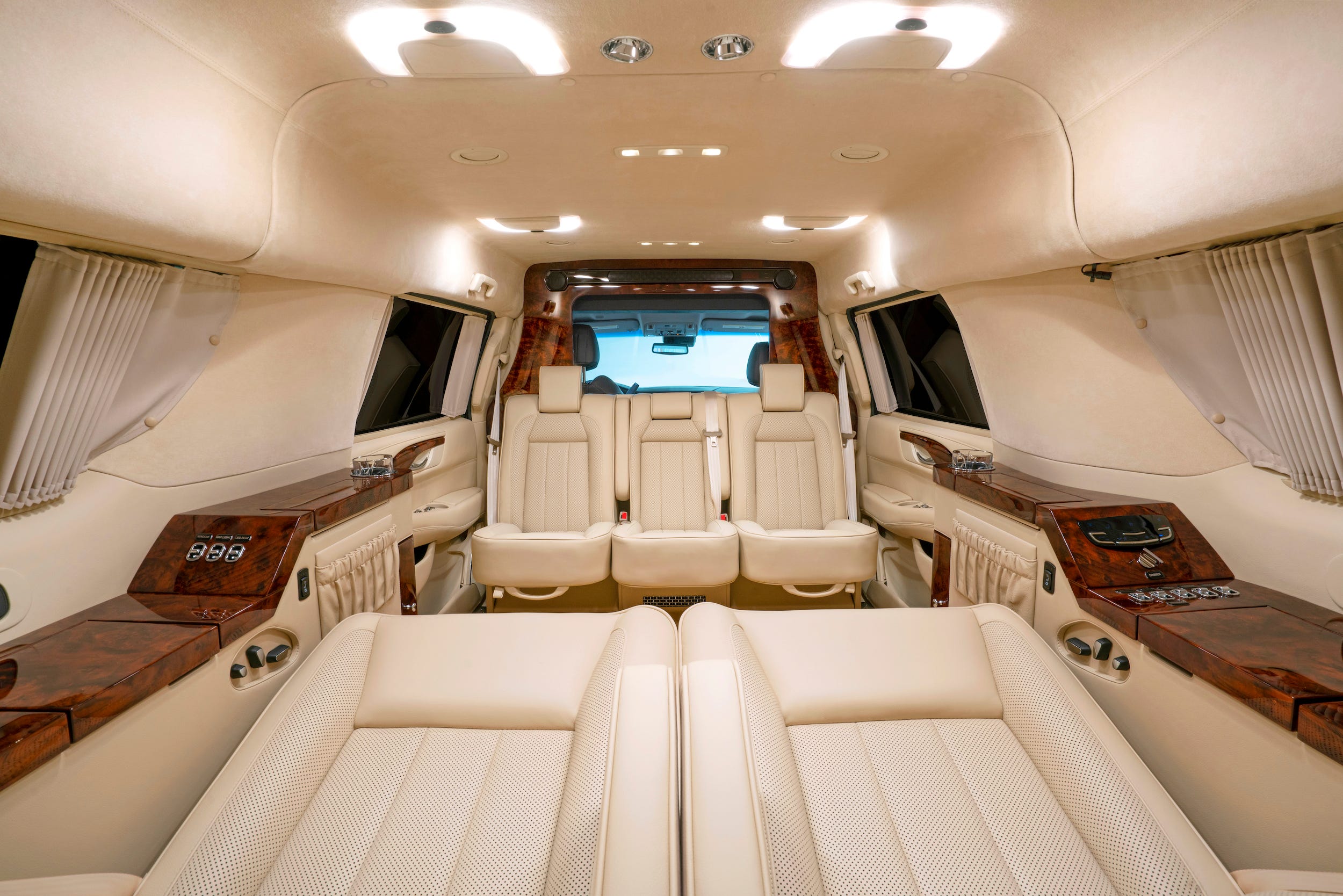 “Immediately, my productivity went up and my stress came down,” Brady said of the car. We can see why. 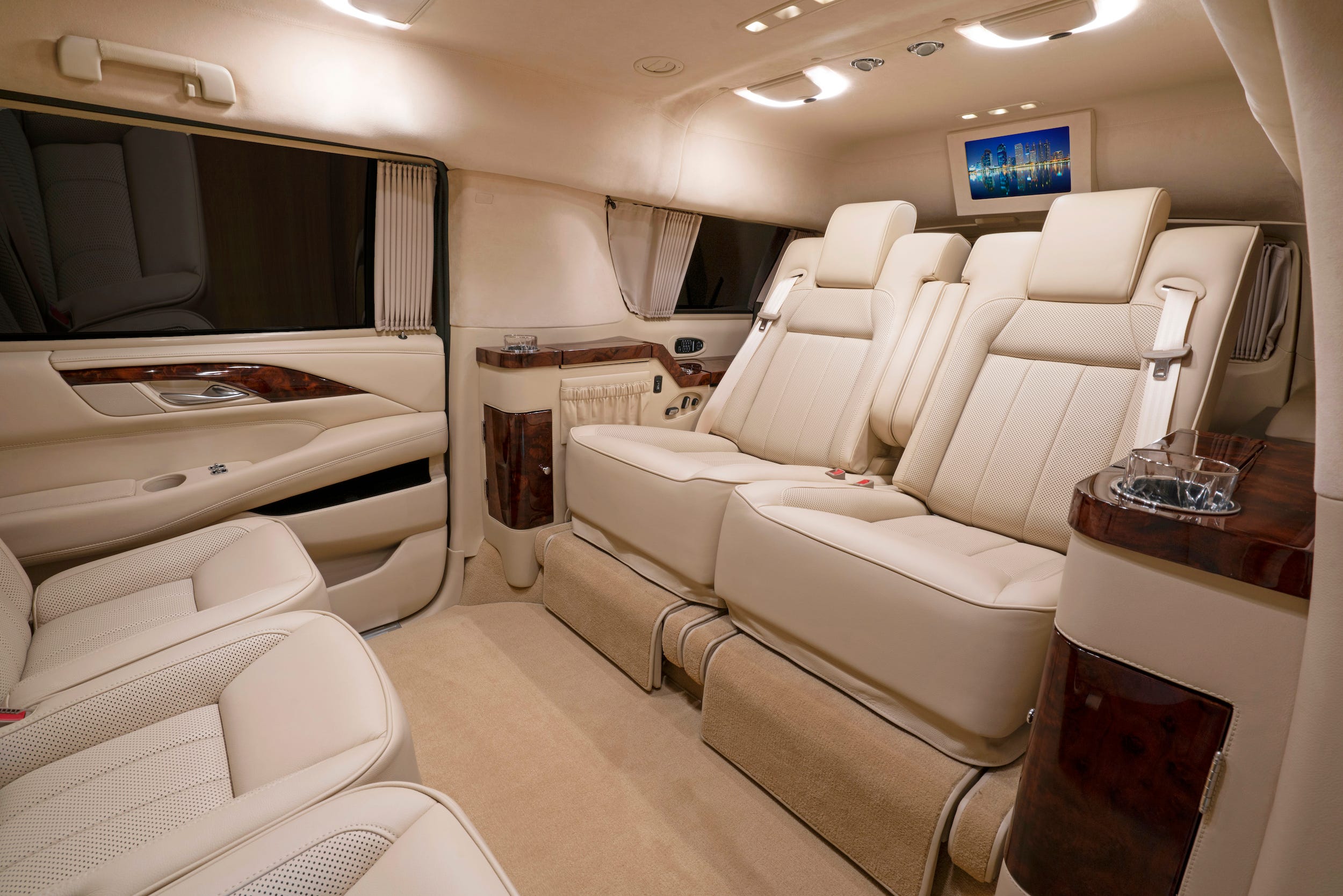 Becker calls the vehicle a mobile office, and it has a “high-end mobile router” so passengers can connect to the internet when on the road. 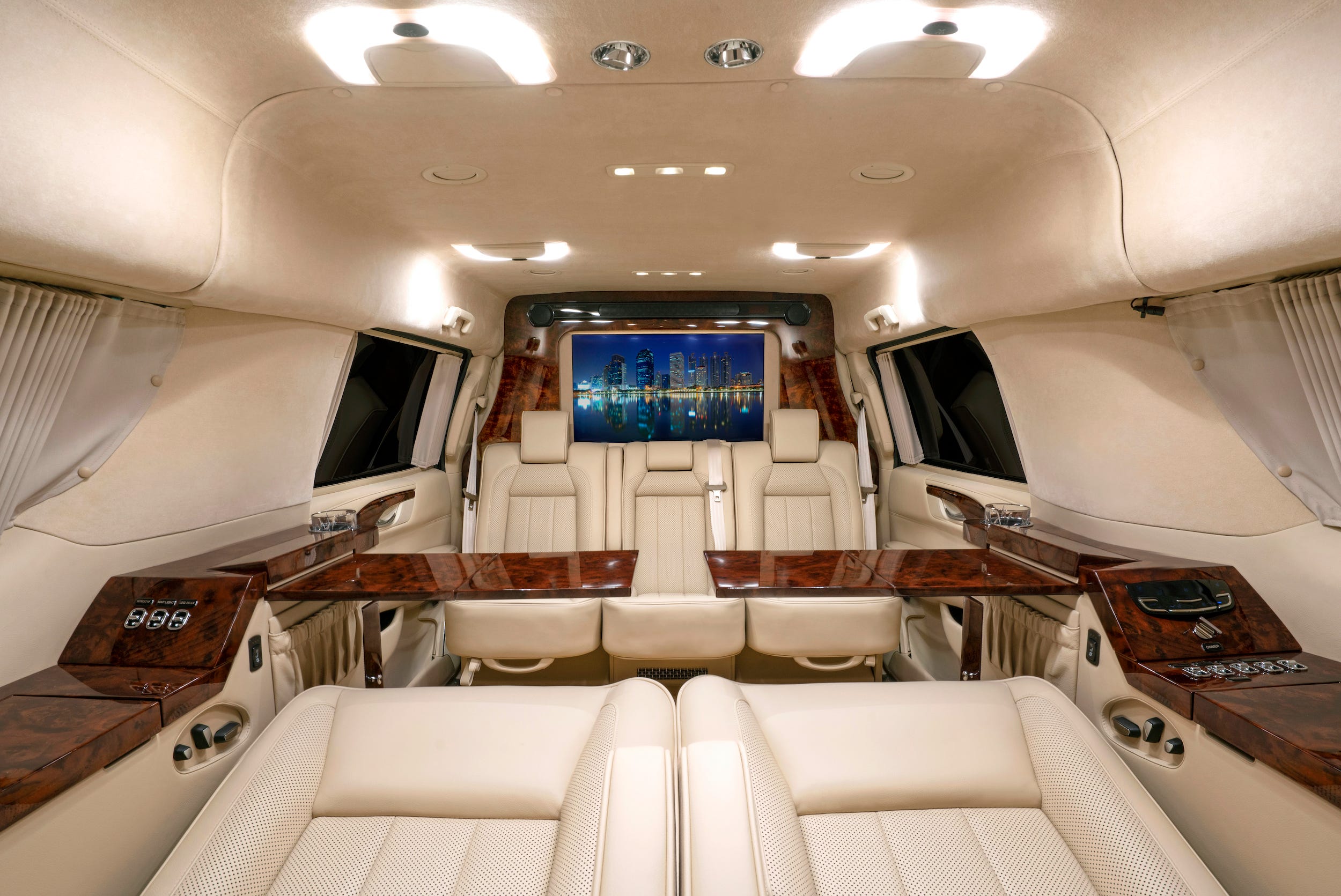 To accommodate all of the interior upgrades and create more room inside the vehicle, Becker stretched the Cadillac by 20 inches … 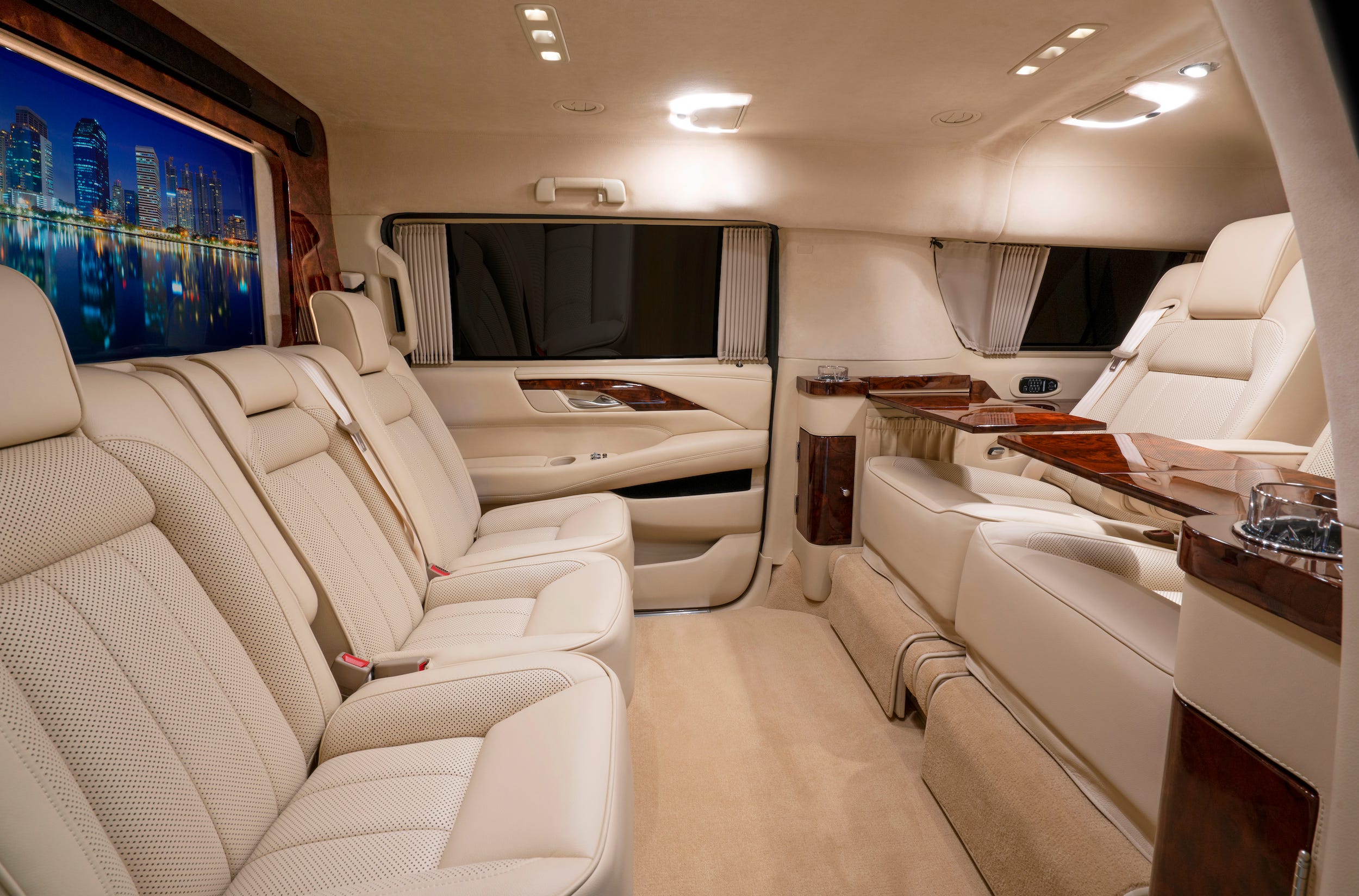 … and raised its roof by five inches.

According to Becker, the Cadillac itself initially cost around $US91,000, and Brady paid an additional $US110,000 for “interior enhancements.” 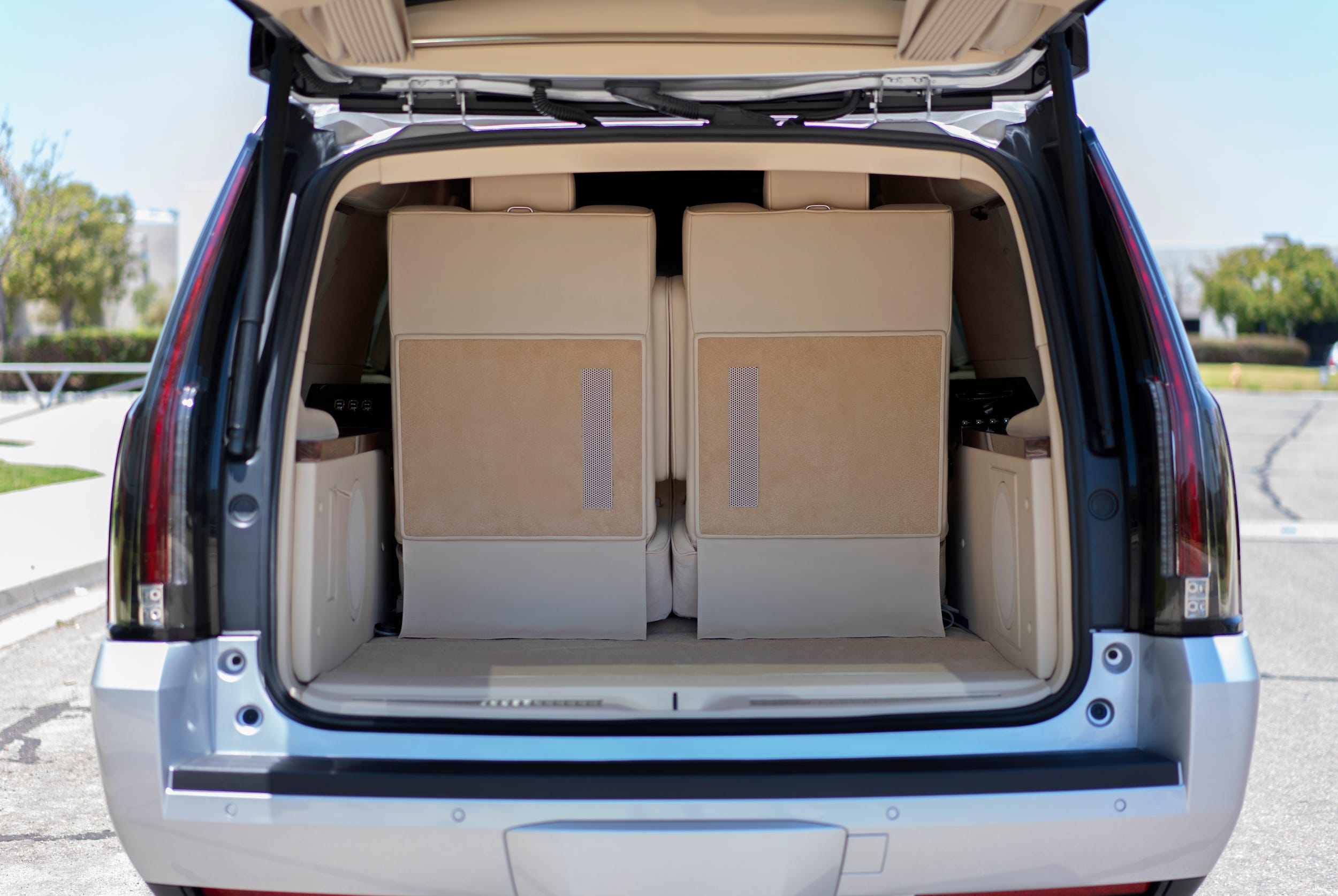 Stretching the Escalade and raising its roof cost Brady another $US94,000. 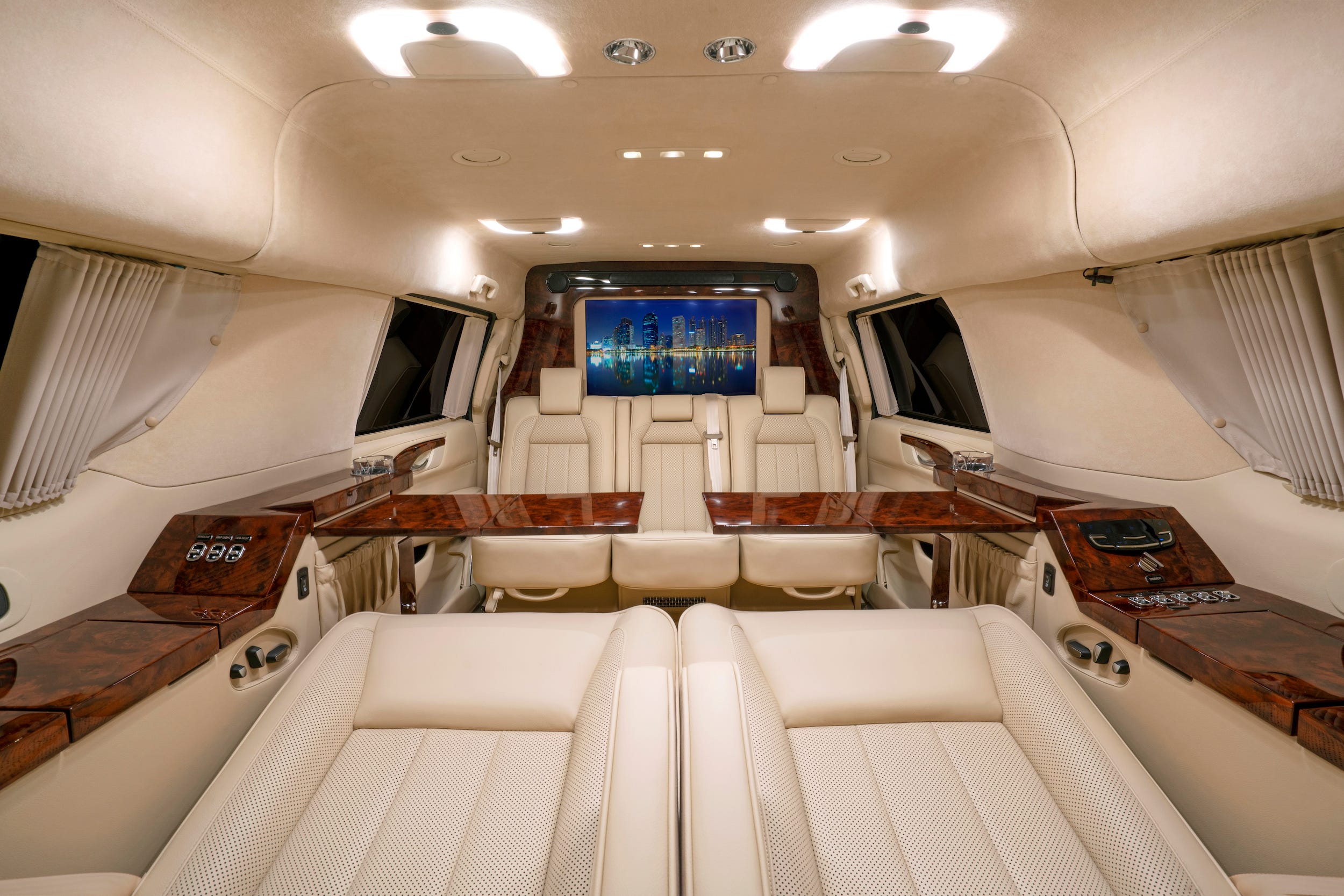 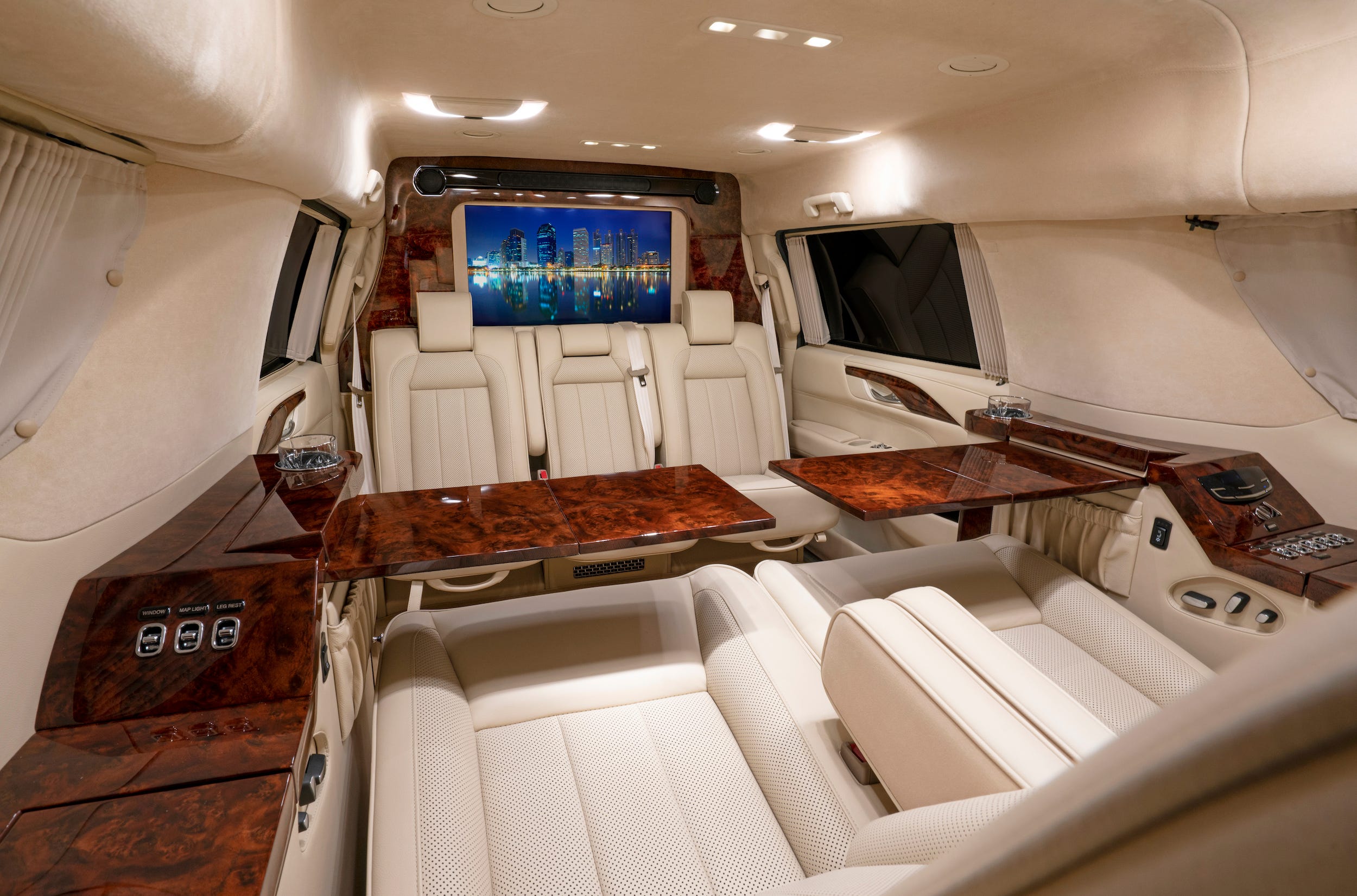 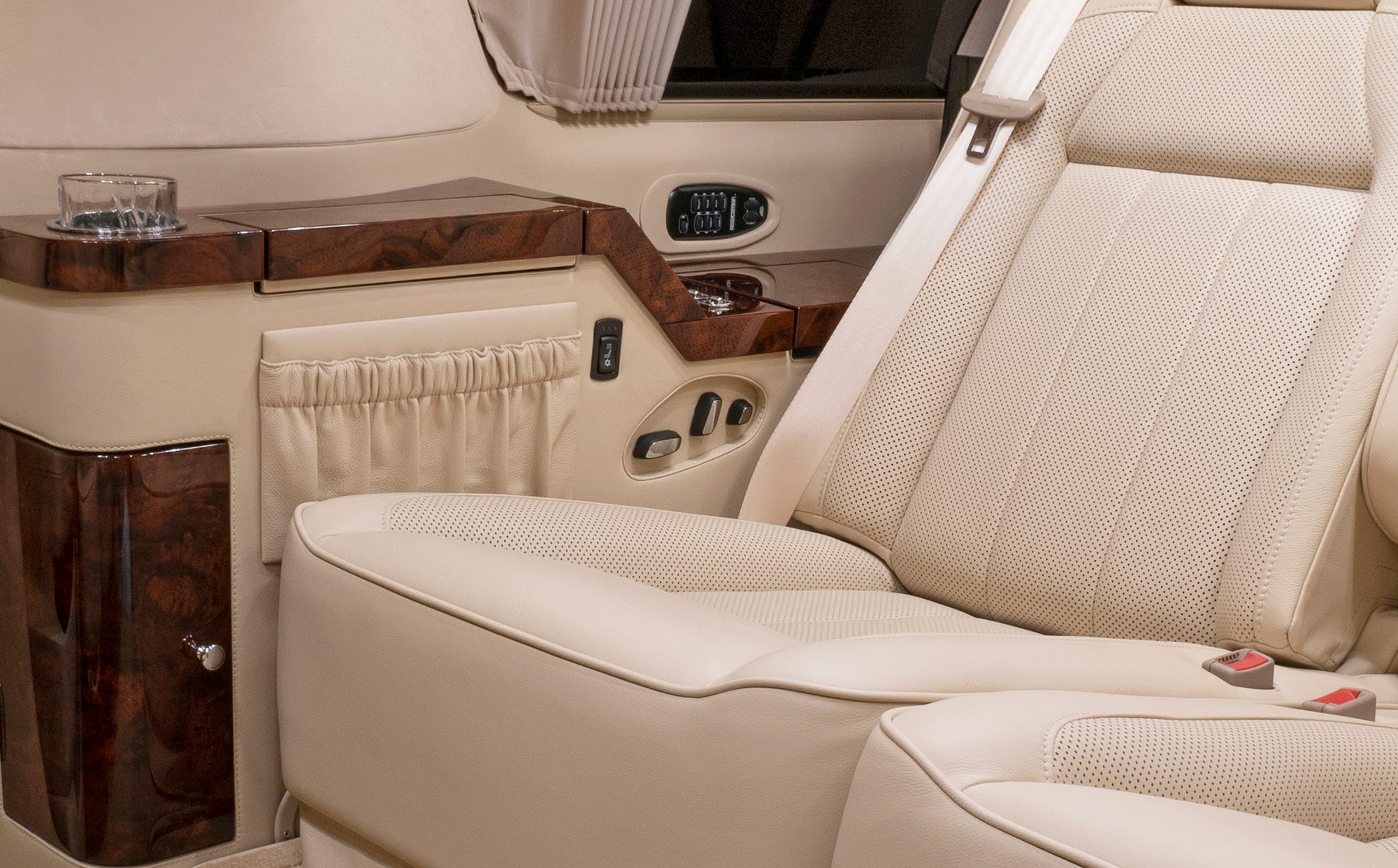