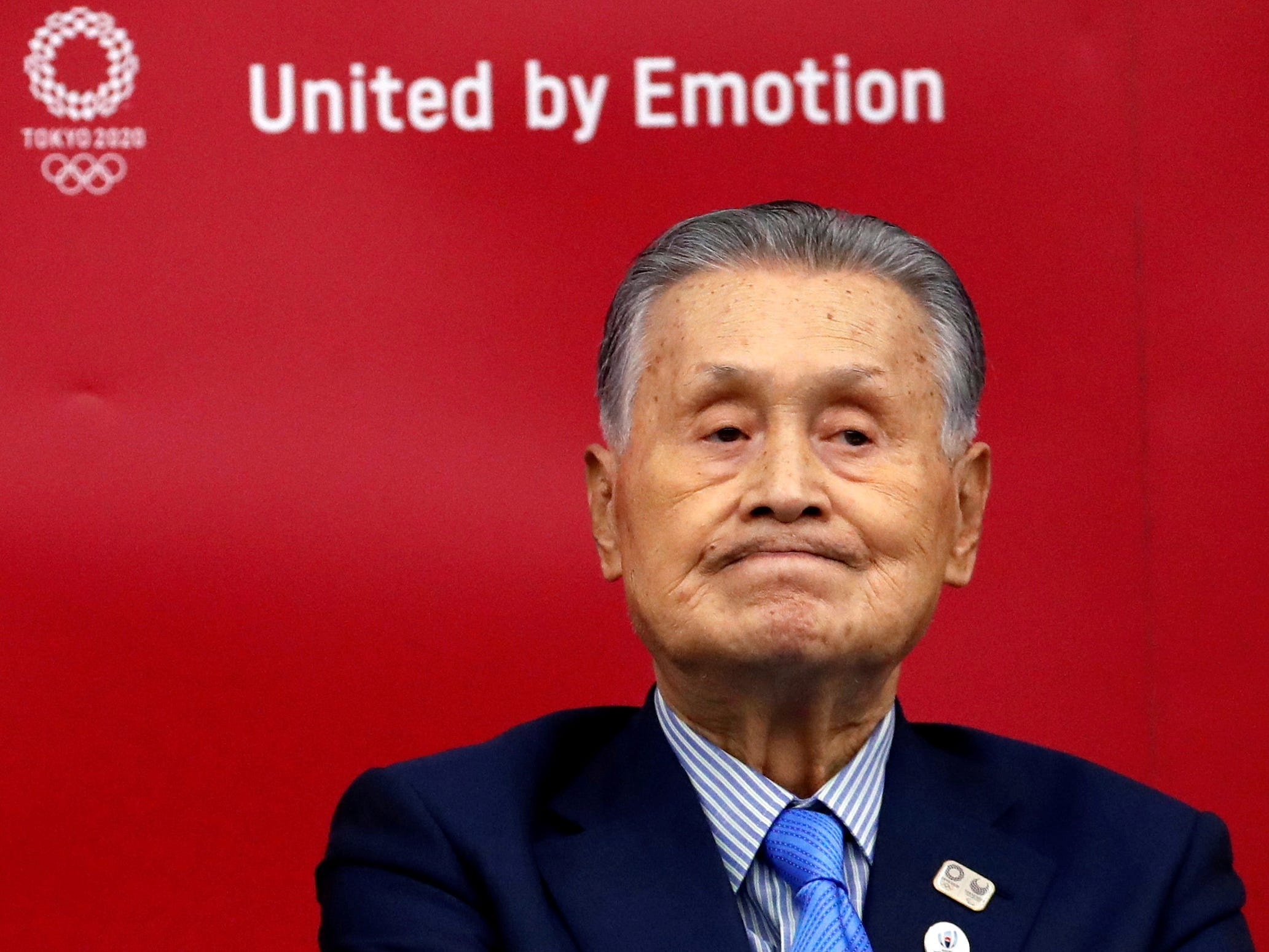 The president of the Tokyo Olympics organising committee is expected to resign his post this week â€” and the move could be the final nail in the coffin for this summer’s games.

Yoshiro Mori, the 83-year-old former prime minister of Japan, has been under fire in recent days after he said women “talk too much” and that he finds it “annoying” that “women are competitive” regarding speaking aloud in meetings. Mori made such comments on a Japan Olympic Committee call that included members of the press. 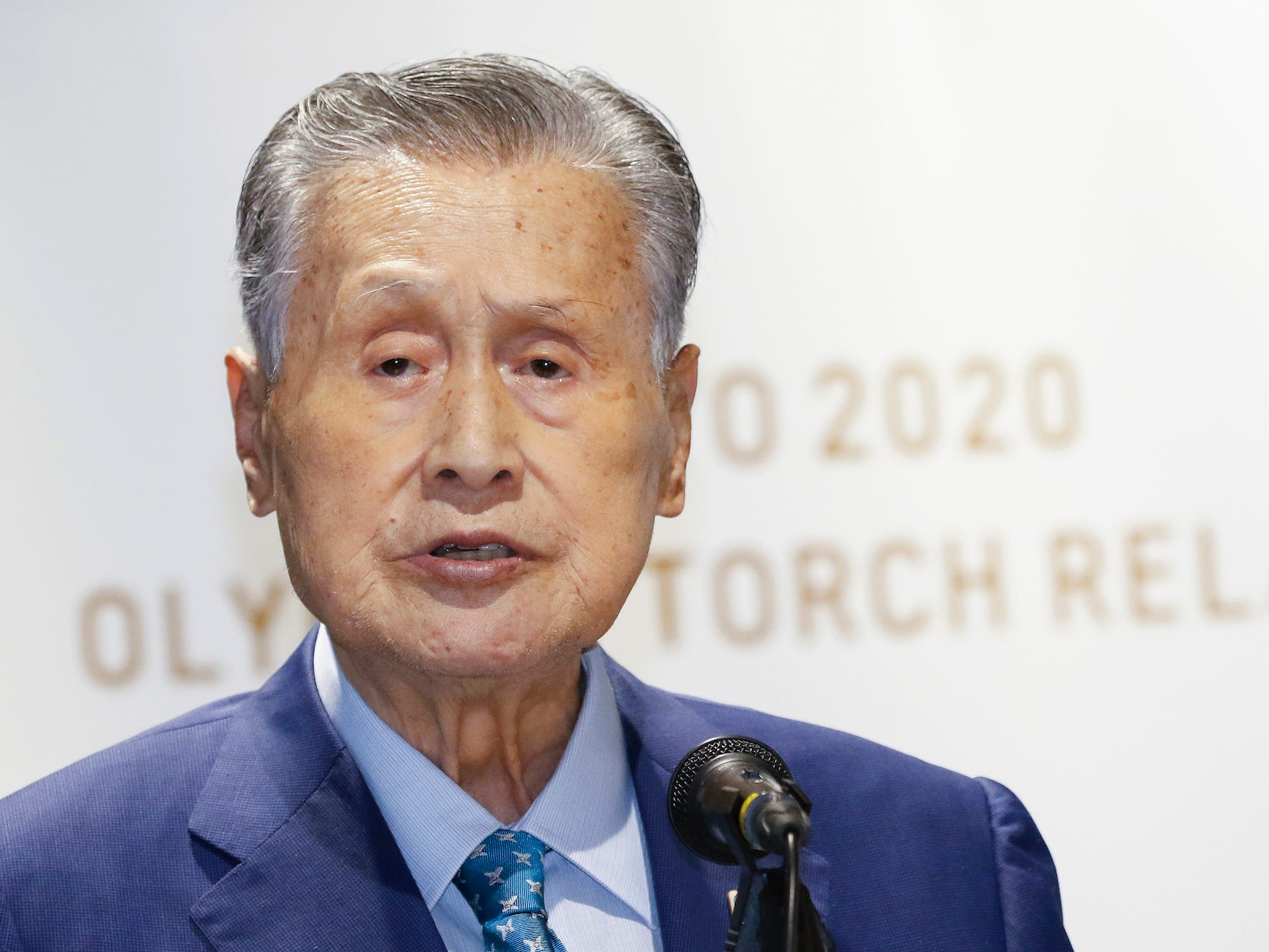 Rodrigo Reyes Marin/Pool Photo/AP ImagesOnce Yoshiro Mori steps down, he’ll be free to speak without interruption as often as he’d like!

The octogenarian subsequently apologised for his sexist comments and suggested that his wife, daughter, and granddaughter all scolded him because he “antagonised women.” And though his apology was seemingly sufficient for the International Olympic Committee, which reportedly did not try to oust Mori from his position, it wasn’t enough for the Japanese public.

According to The New York Times, nearly 60% of people in the host country believed Mori was no longer fit to serve in the role. Sponsors also expressed concerns about the impact of Mori’s comments on viewership, and some of Japan’s politicians spoke out against the statements. 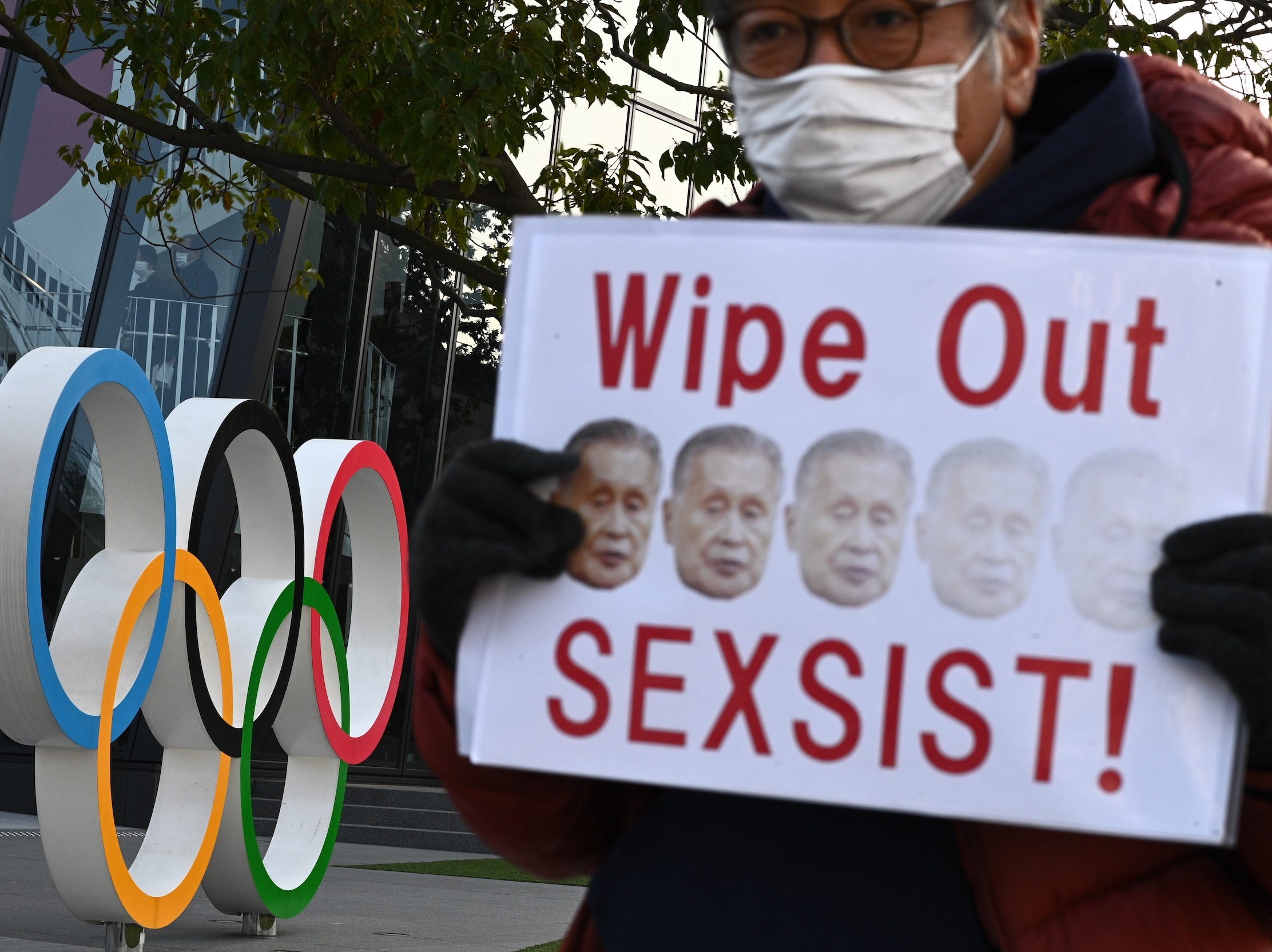 Still, many involved in preparation for the games were cautious about calling for Mori’s removal. A shortage of leadership, some warned, could further complicate planning efforts and potentially lead to the Olympics getting called off.

“If Mr. Mori steps down, the Tokyo Games will be cancelled,” Former Tokyo Governor Yoichi Masuzoe told daily sports newspaper Sports Hochi. “It shows how big his contribution is.”

“If he steps down now, the situation will get more confused,” he added. 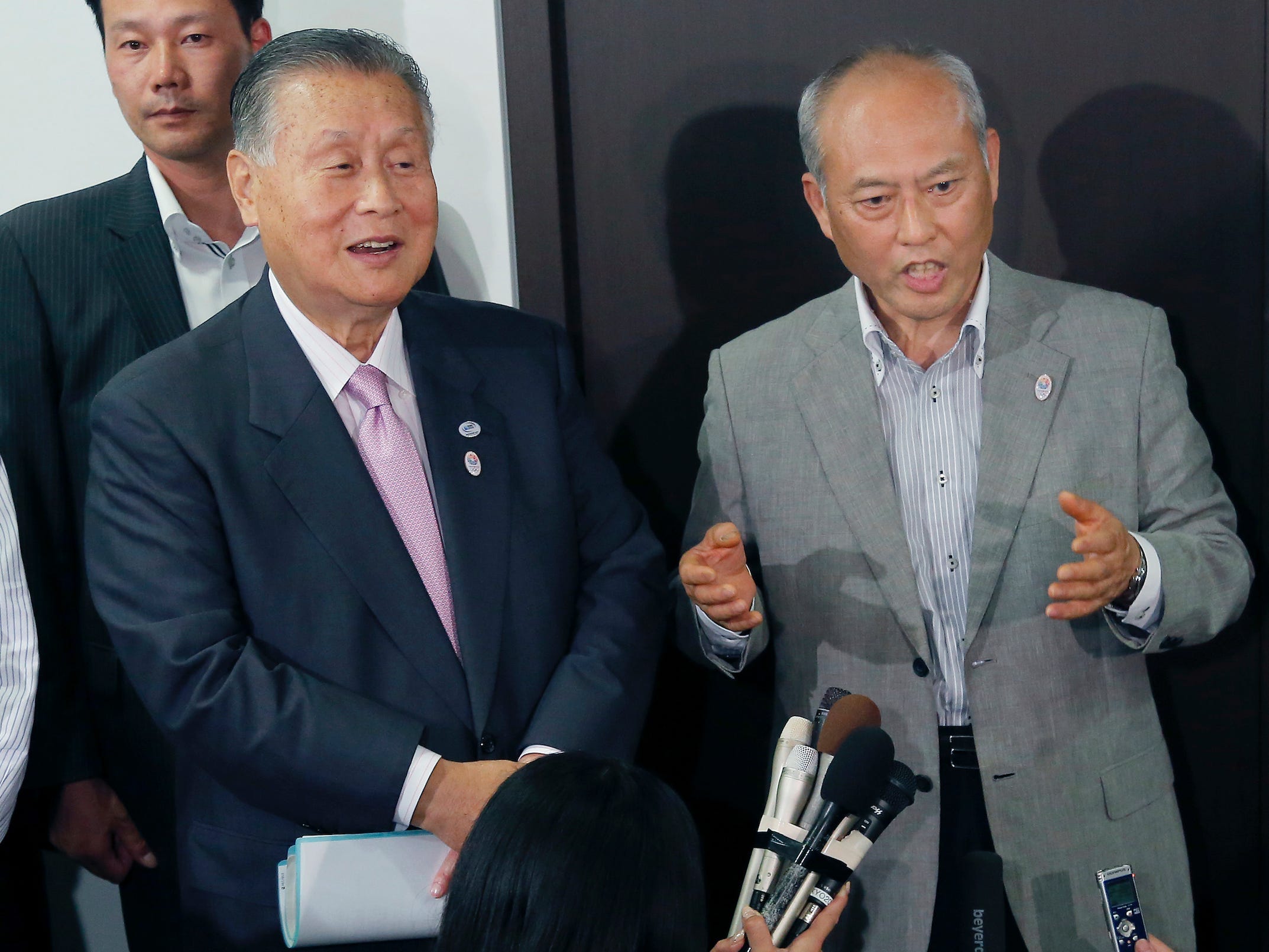 The vast majority of the Japanese public would be just fine with that result. According to ESPN, recent polls suggest that more than 80% of people believe the upcoming Olympics should be postponed again or cancelled altogether.

But there’s an unfathomable amount of money on the line. As of January, Japan’s government and other entities involved in the games’ hosting efforts stand to lose more than 4.5 trillion Japanese yen â€” or roughly US$4 million â€” if the Olympics are cancelled, per Statista. 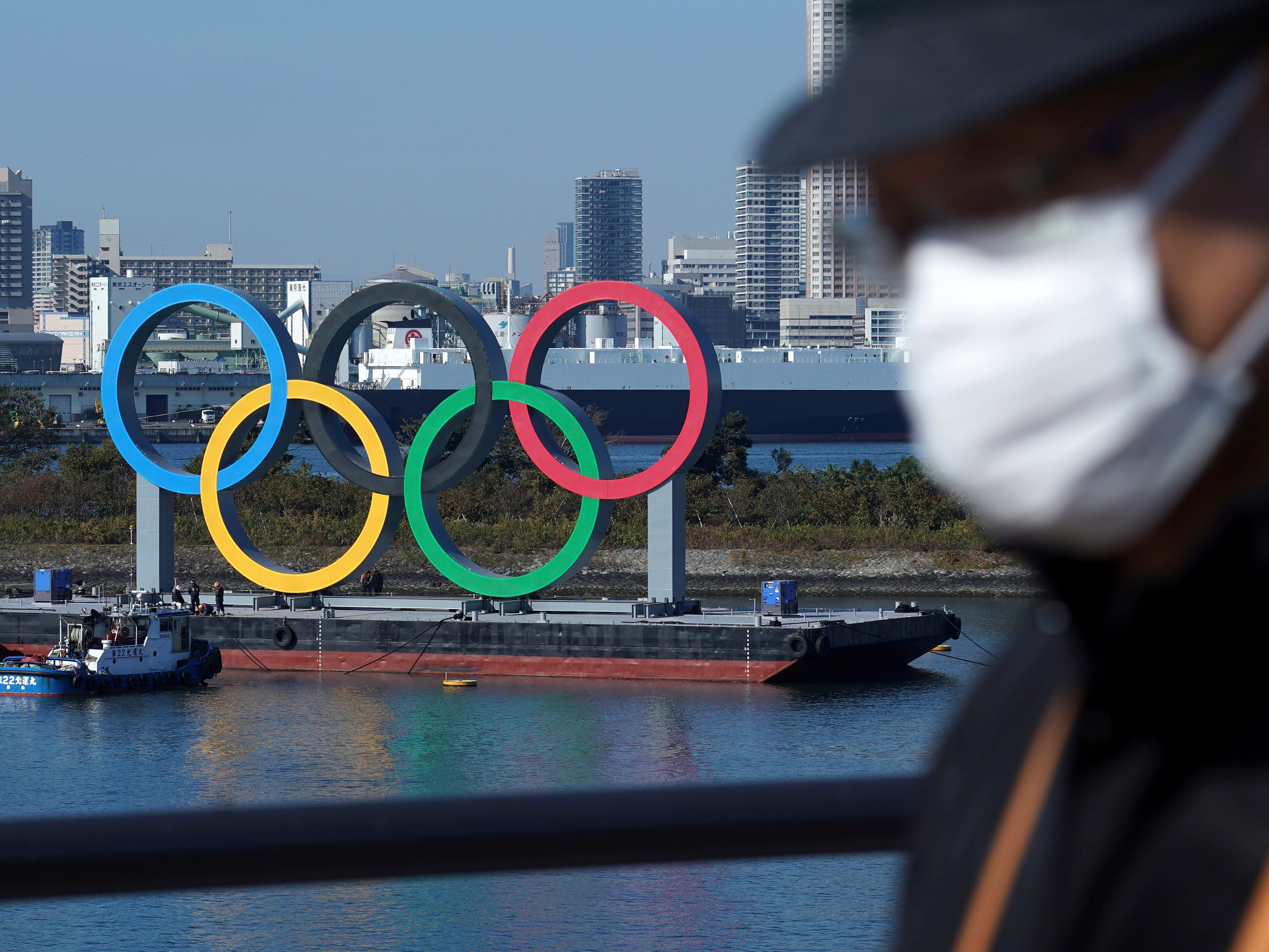 Projections suggest that “simplification” of events or holding the games without fans would still result in a 15-digit loss. A postponement would help mitigate Japan’s financial hit relative to the other options, but not by very much.

All this to say, the country has plenty of incentive to forge ahead with Olympic planning and attempt to put fans in seats come summer 2021 â€” with or without Mori. Losing him from the committee undoubtedly complicates said efforts. But with rumours swirling that fellow former Prime Minister Shinzo Abe could serve as Mori’s replacement, it appears that â€” for now, at least â€” the show will go on.