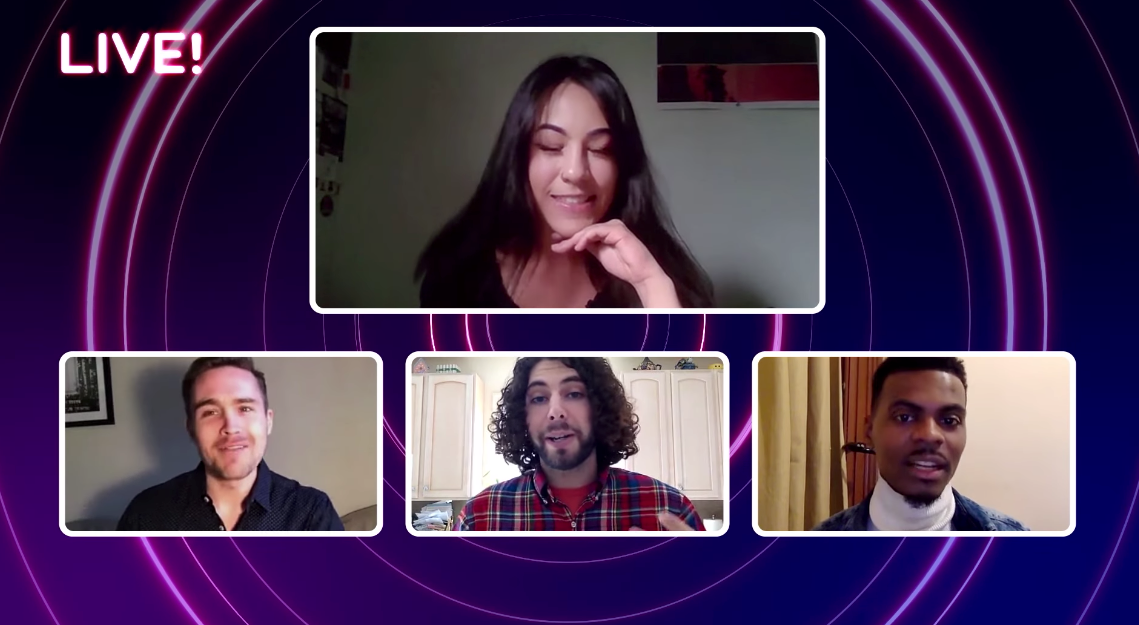 “I’m a carnivore. I’ll eat you up, OK?” 27-year-old salon manager Shamonique said on-screen, while I sat in my home office cringing.

Shamonique, who goes by the nickname Shae, wasn’t talking to me, but to an undisclosed audience of Americans who were watching her livestreamed date in real-time as part of TLC’s new show “Find Love Live.”

Every Sunday, two single people are introduced to three prospective dates via a livestream, and anyone with an internet connection can see the aftermath. Show host Sukanya Krishnan, a news anchor, walks each single through the process, and viewers can sound off on Twitter about their thoughts on the dates and who the single should ultimately pick.

Originally, the show was meant to be an in-person experiment, much like TLC’s hit show “90-Day Fiance,” Jason Sarlanis, TLC’s SVP of Development, told Insider. But when the coronavirus pandemic hit, the show’s producers had to think of a new way to air the show while following social-distancing procedures.

They landed on a live and virtual concept.

“We’ve always been so inspired at TLC, because of the ’90-Day Fiance’ franchise, to see that people can make real meaningful connections and truly fall in love in the most interesting of ways,” Sarlanis said. “Before the 90 days [are up], a lot of people fall in love over Skype and dating and they never see each other face to face.”

They decided to take that same approach, but keep it entirely virtual, for “Find Love Live.”

Each episode begins with host Krishnan, who goes by ‘Suki,’ introducing the two singles.

Shae, for example, told Suki she was looking to date a man who is confident and independent, and Shae’s mum even chimed in with date recommendations.

“She’ll tell you the way it is,” she said of Shae, adding that her daughter needs to date someone who can deal with Shae’s “smart mouth.”

After introductions, Suki got right into introducing the three dates producers chose based on Shae’s requests: Jasun, Michael, and Clavacia. The men only had 30 seconds to each pitch themselves, and since it was Mother’s Day, they told Shae how nice they’d be to her mother.

After the pitches, Shae had to choose one to let go. She said goodbye Michael.

With only Clavacia, an army vet from California and Jasun, a songwriter from New Jersey, left, Suki upped the ante by turning on music. She asked the two men to have a dance-off in front of Shae and all of the viewers at home. They obliged, and Jasun pulled up his shirt to show his abs.

The show highlights how awkward virtual dates can be

Throughout it all Shae was a good sport, giggling and telling jokes. But the date-off felt a bit forced and I couldn’t help but have a bit of secondhand embarrassment for Shae and her two love interests.

Next came a round of questions Shae posed to both Jasun and Clavacia. She asked where they were from, their hobbies, and how they would woo her. Every answer seemed like an attempt to one-up the other contestant and Jasun and Clavacia kept talking over each other when Shae asked them a question.

According to Sarlanis, if a single feels like they don’t mesh with any of the dates, they don’t have to pick one by the show’s end.

Twitter users could also vote and who they thought would be the best man for Shae, and Suki shared those results while Shae, Jasun, and Clavacia were on-screen. 66% of viewers wanted Shae to choose Clavacia, while 33% liked Jasun.

Jasun, in an attempt to win over Shae, said he’s a songwriter and that he majored in psychology, so he’d be able to satisfy Shae romantically and be a pro communicator in their relationship.

“I think a big part of foreplay is the mental aspect,” Jasun said when asked how he’d keep their connection alive during the pandemic.

Clavacia doubled down, saying that he too could write, but his preferred medium was poetry. He offered to write Shae poems and then go on virtual hiking trips where he could read her the poems out loud.

Shae seemed to enjoy both mens’ answers, but Jasun and Clavacia would jokingly call each other’s responses “cute,” trying to undermine each other. Jasun also told Shae that he worried Clavacia lived too far away, so he’d be the better choice for Shae.

Shae made a final choice in real-time, and their first date will be live-streamed too

Suki welcomed the play-fighting, and pushed Shae along to choose one of the men even though she seemed conflicted.

In the end, Shae decided to go on another date with Clavacia and leave Jasun behind. Their future Zoom-date will be live-streamed for the world to watch too, during next week’s “Find Love Live” episode. Hopefully it’s just as cringeworthy.