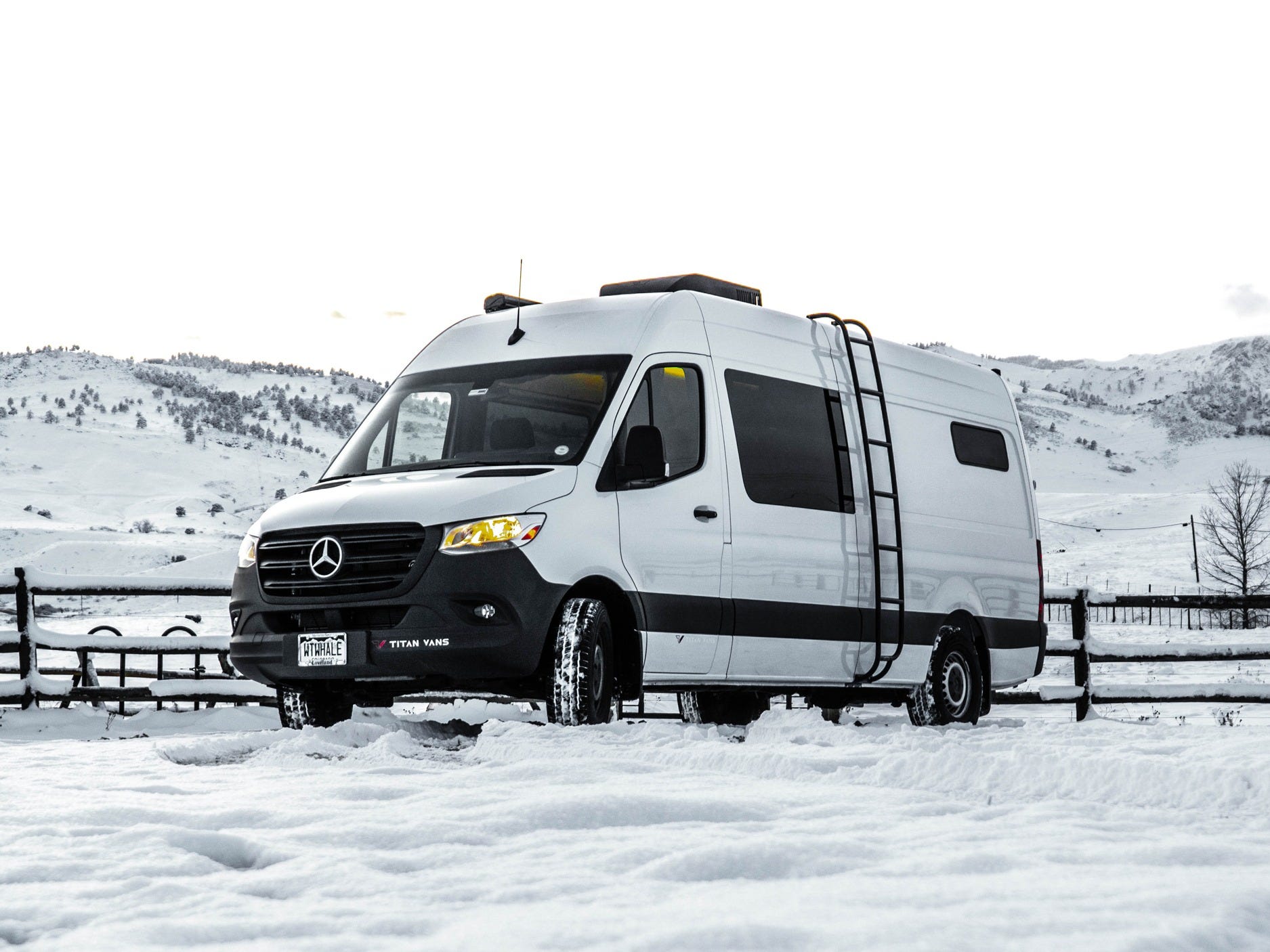 Camper van conversion company Titan Vans has a base package that can convert Mercedes-Benz Sprinters and Ram Promaster with a base package starting $US34,995.

Titan Vans’ Titan Classic base package contains several common components of any camper van, such as an inverter, bed, and 20-gallon wheel well water tank. And because the layout and furnishings are all standardised, the vans can be converted in a cost-effective and quick manner, according to Titan Vans.

But for those who want more than just the base package, Titan Vans’ clients can upgrade the set Titan Classic base by selecting upgrade packages – which include options like a galley, cabinets, and bench seats, all at varying prices – to better optimise the client’s journey into #VanLife.

This mix-and-match of upgrades on a pre-existing layout then results in a semi-customised van for clients who want a converted build without the long design and creation process that’s typical 0f a fully customised van.

The base package starts at $US34,995 for an 144-inch Mercedes-BenzSprinter or an 136-inch Promaster. This base price then rises according to the size of the van. These prices don’t include the van base.

Keep scrolling to see how the base package has been applied to one of Titan Vans’ builds, the Traveller x6.

The combination of the base package and upgrades can be seen on the Traveller x6, Titan Vans’ converted 170-inch Sprinter. 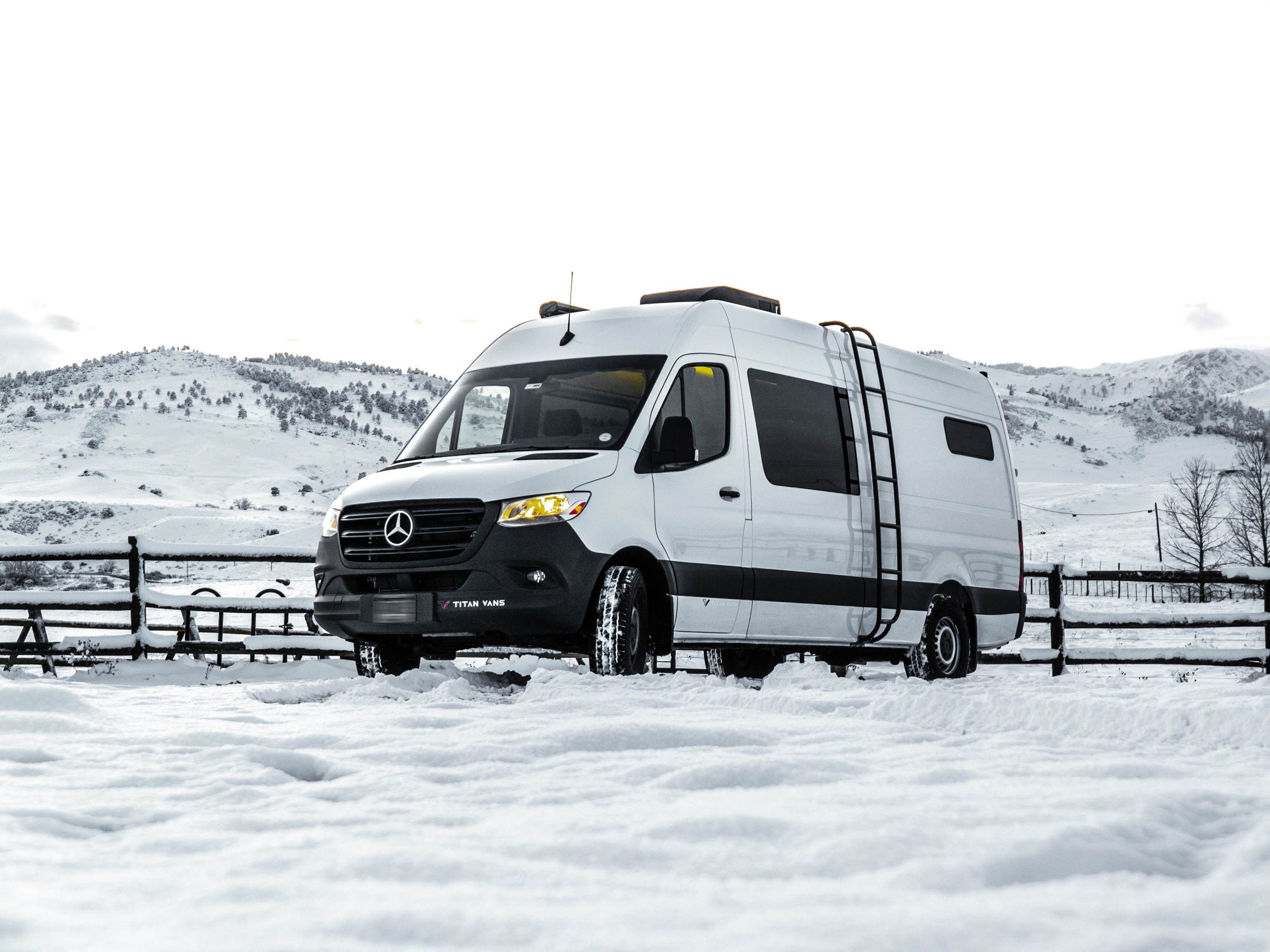 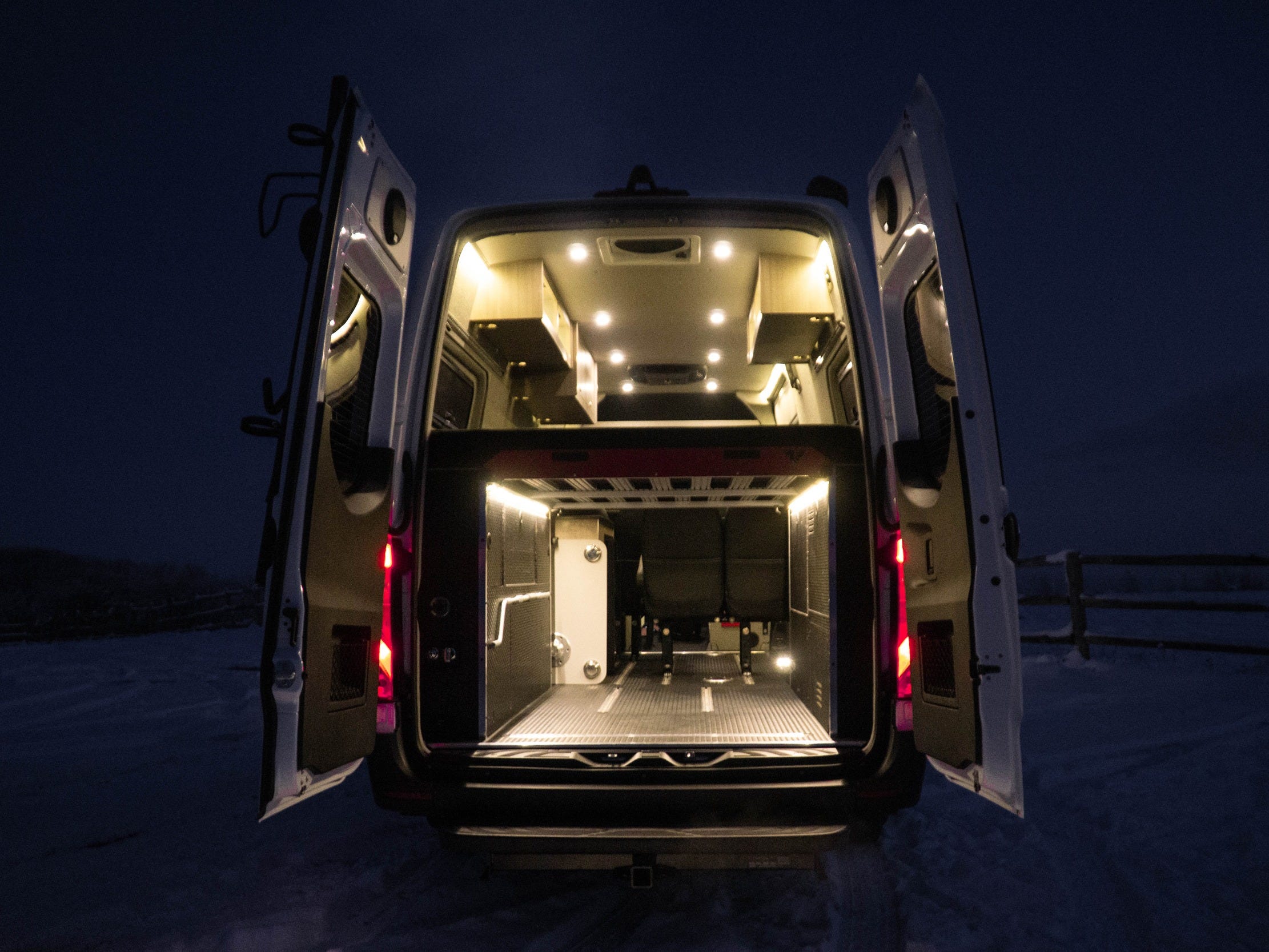 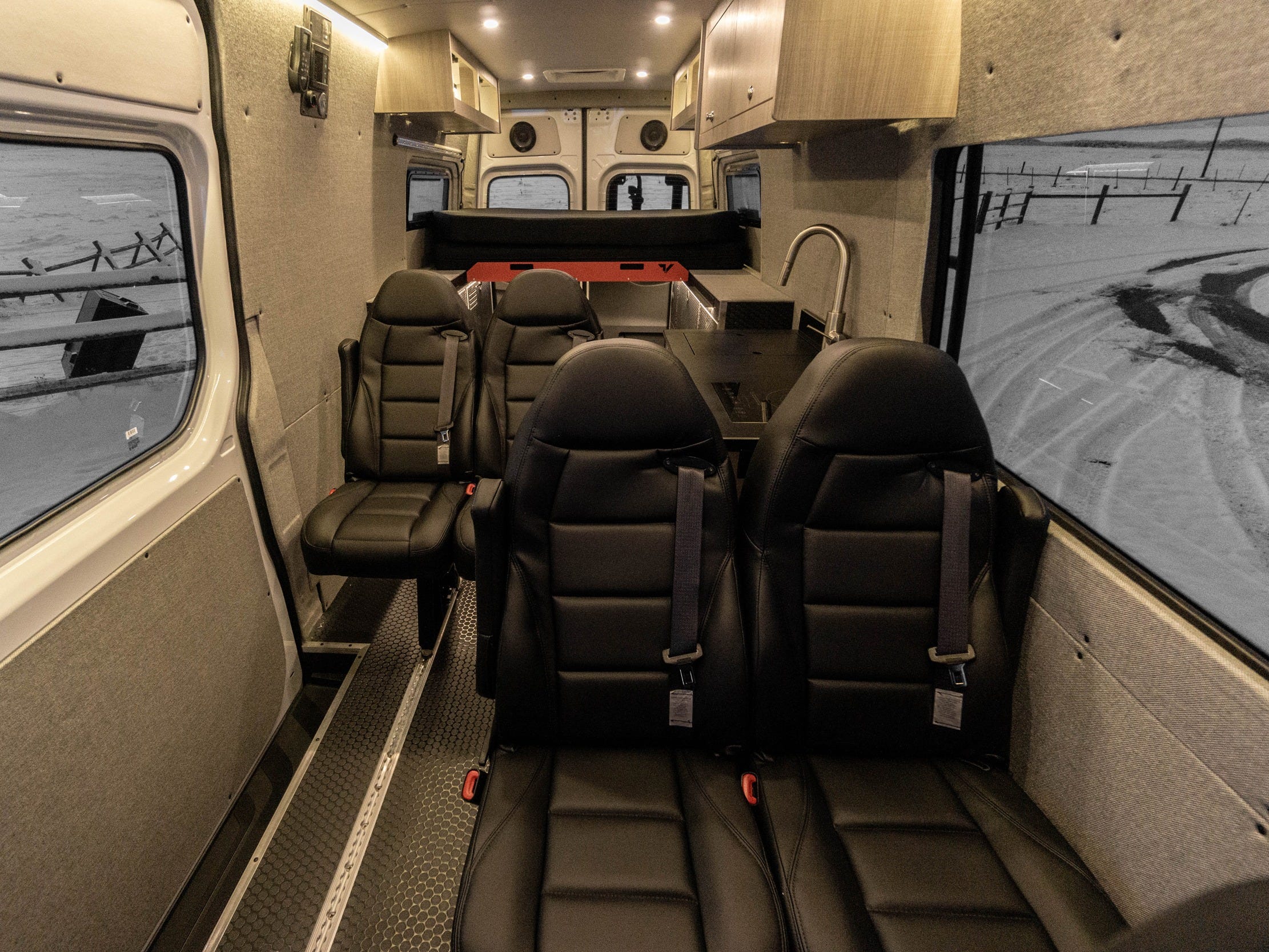 Base package upgrades can be added onto the base build and won’t require any changes to the set layout. 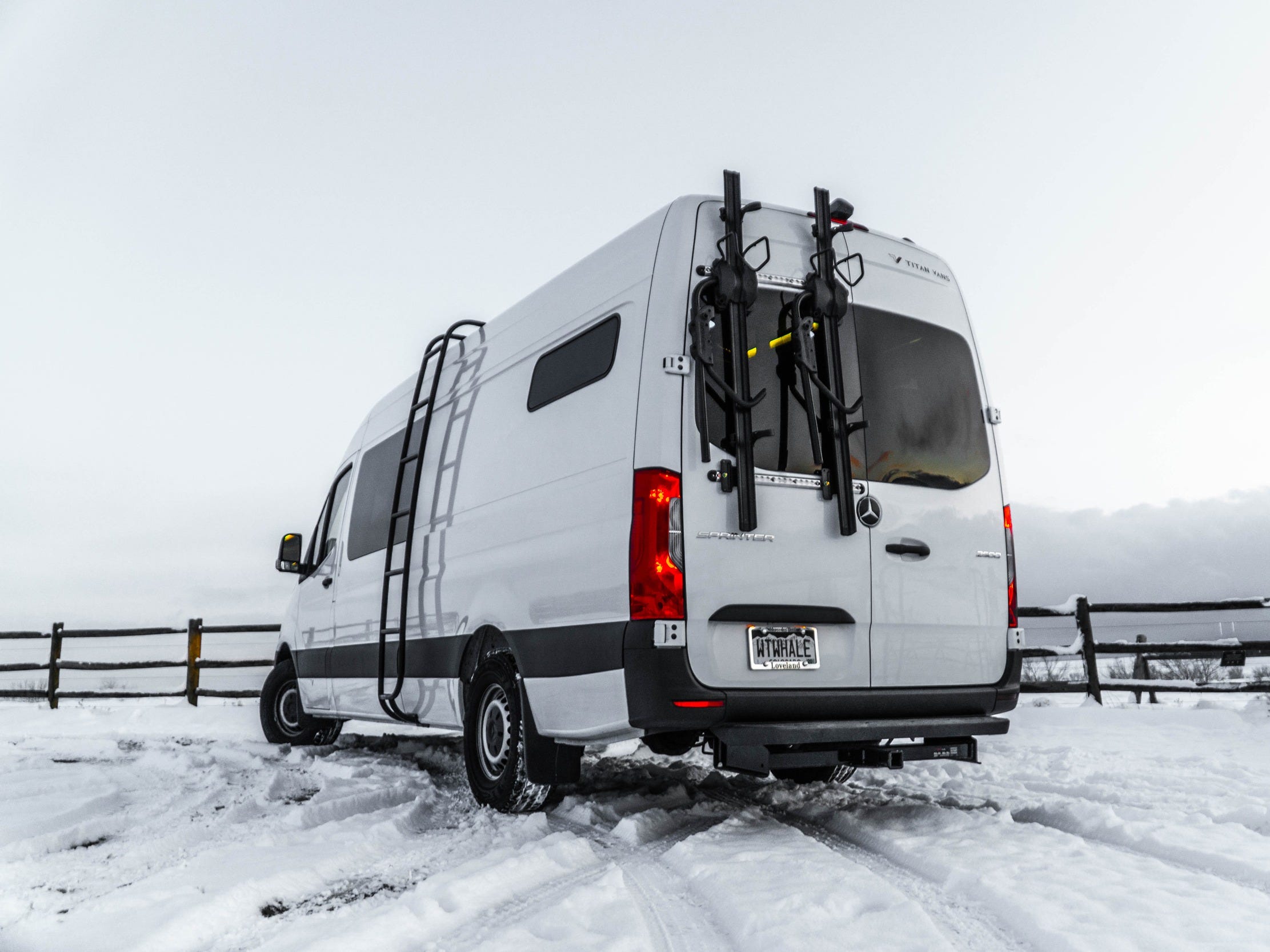 Upgrades can also be removed from the build in under a minute with no extra tools. 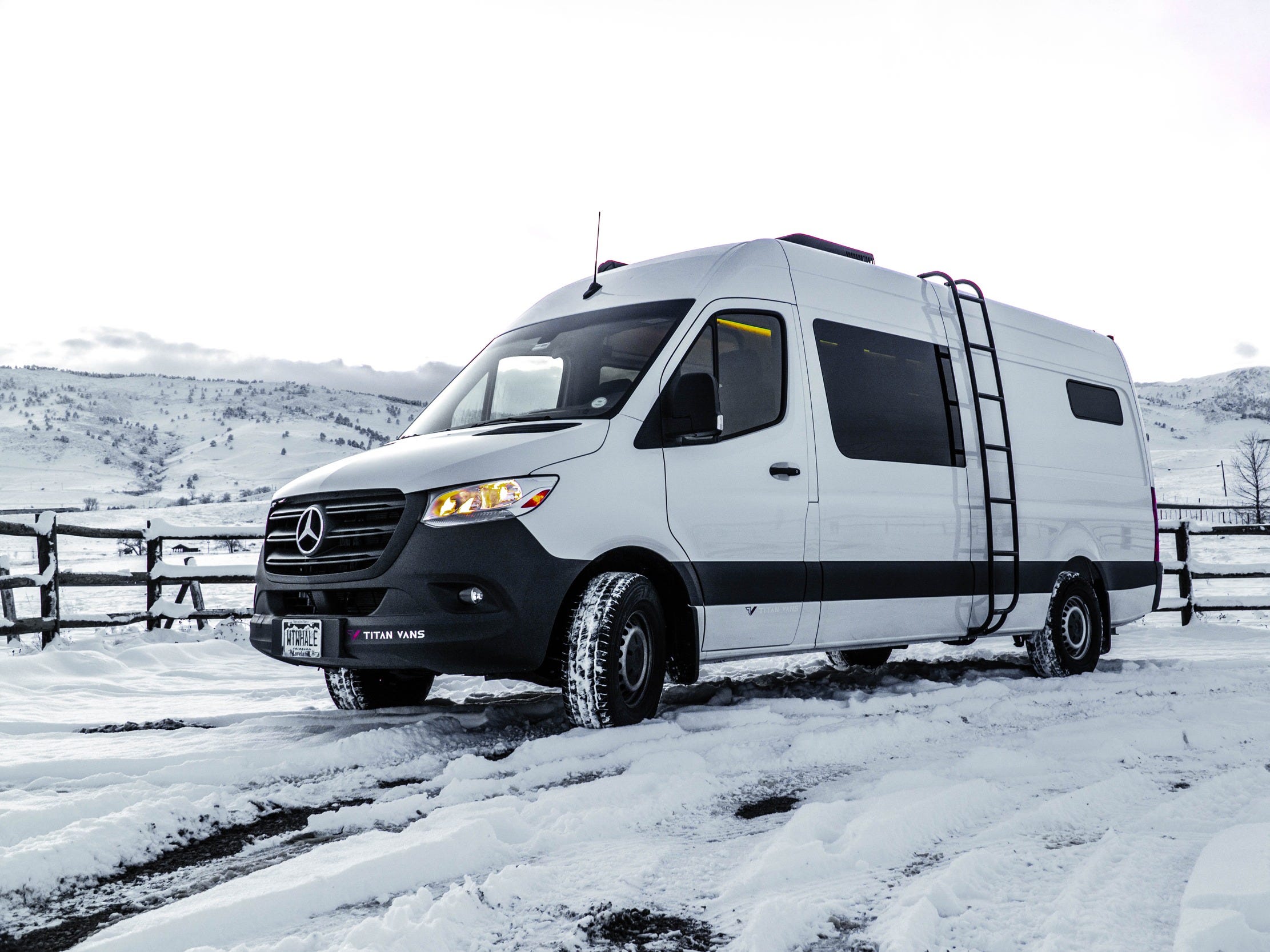 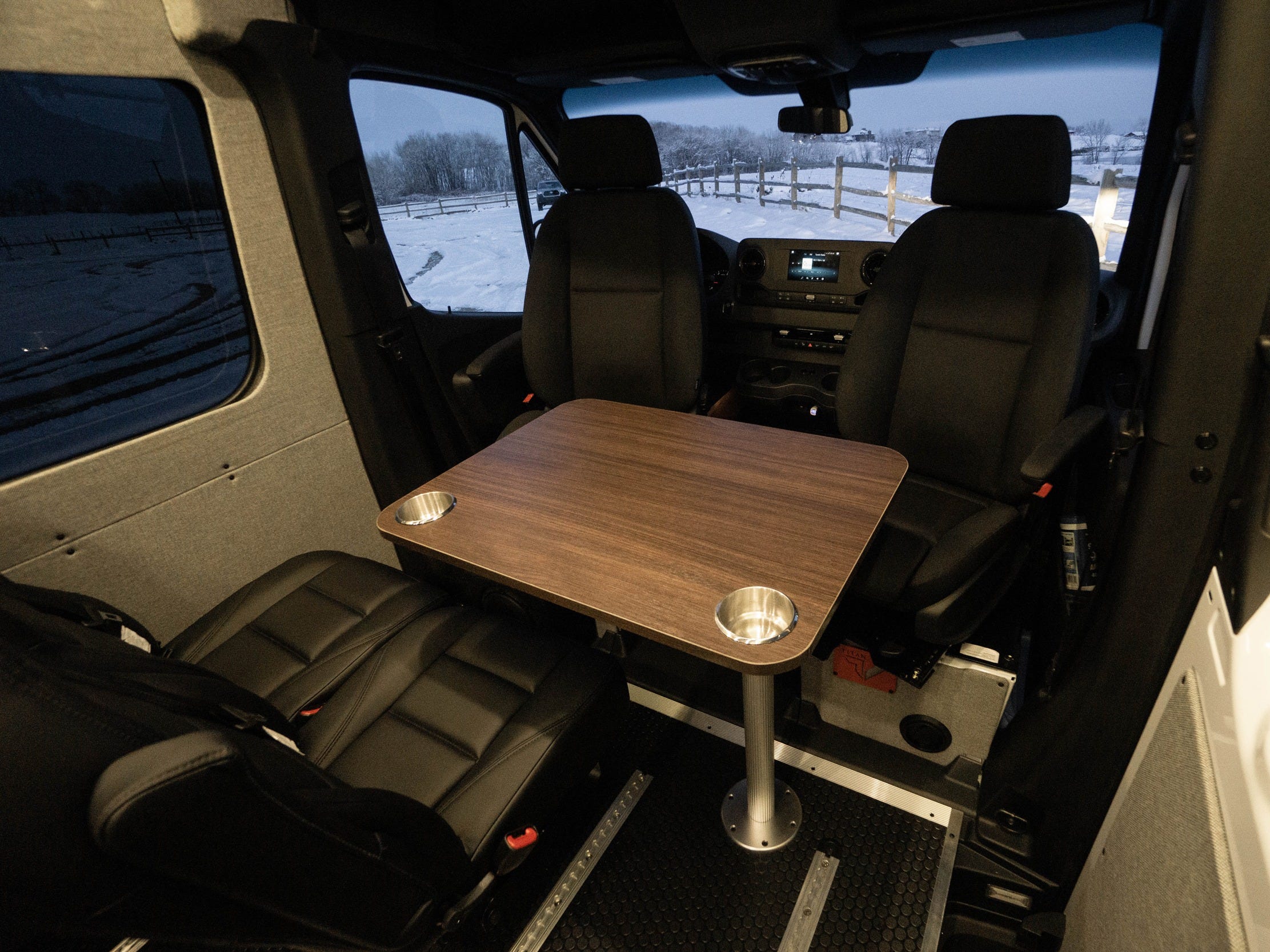 Clients can pick between two upholstery colours (Earth and Charcoal) and three laminate colours for the cabinets and galley (Walnut, Elm, and Pearl). 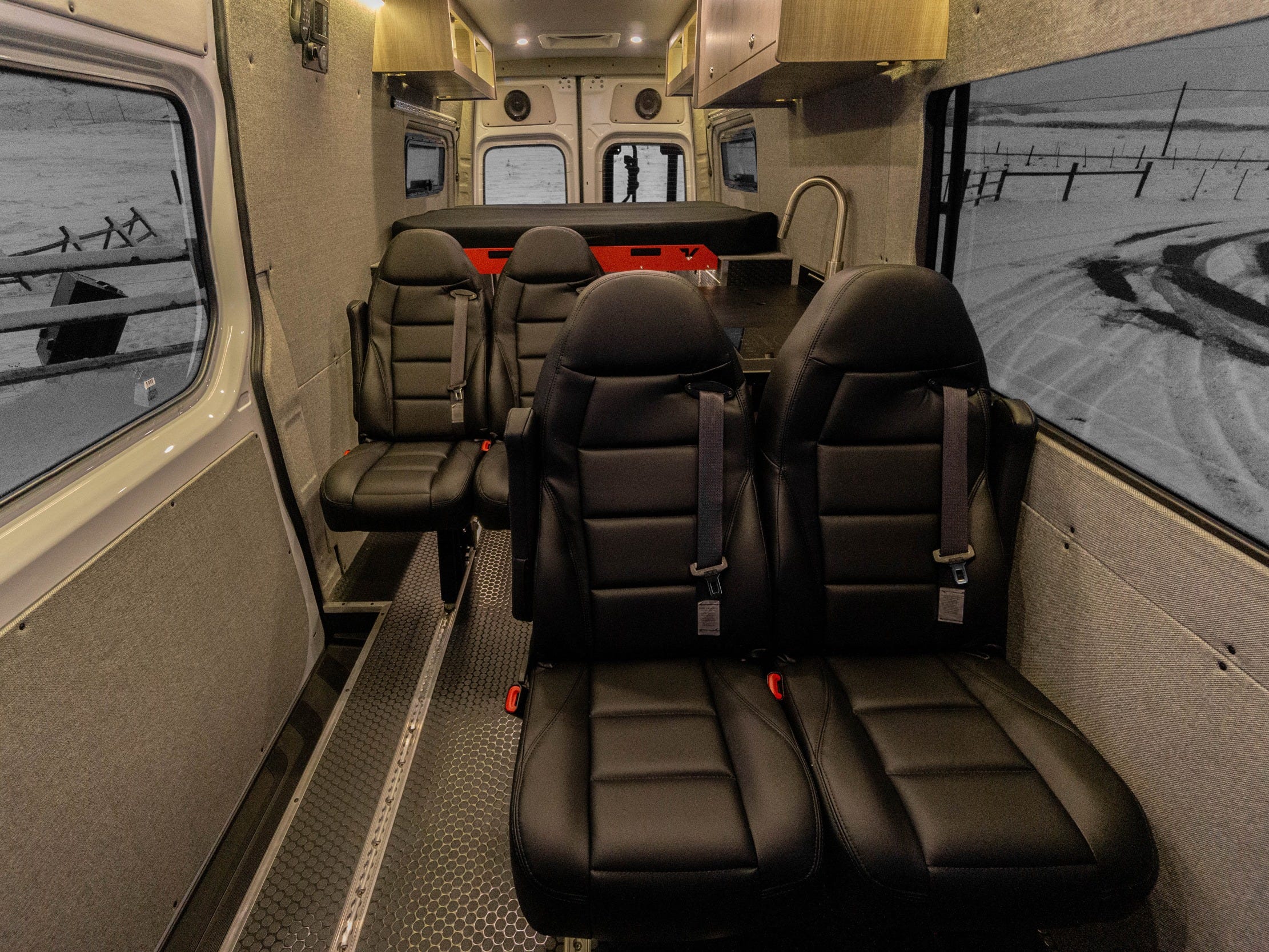 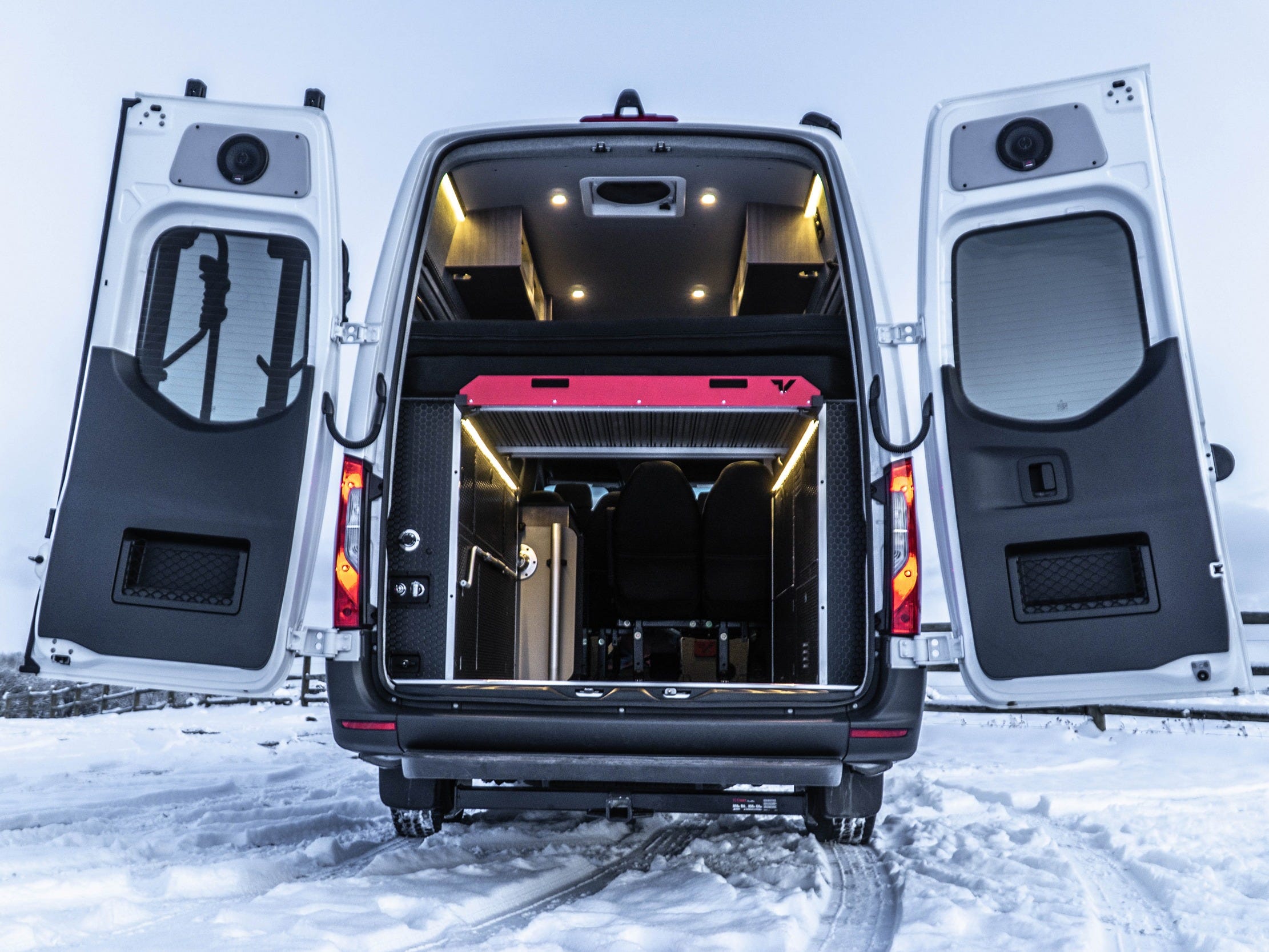 The Traveller x6 shown in these photos has a Charcoal finish, Elm laminate, and red accents. 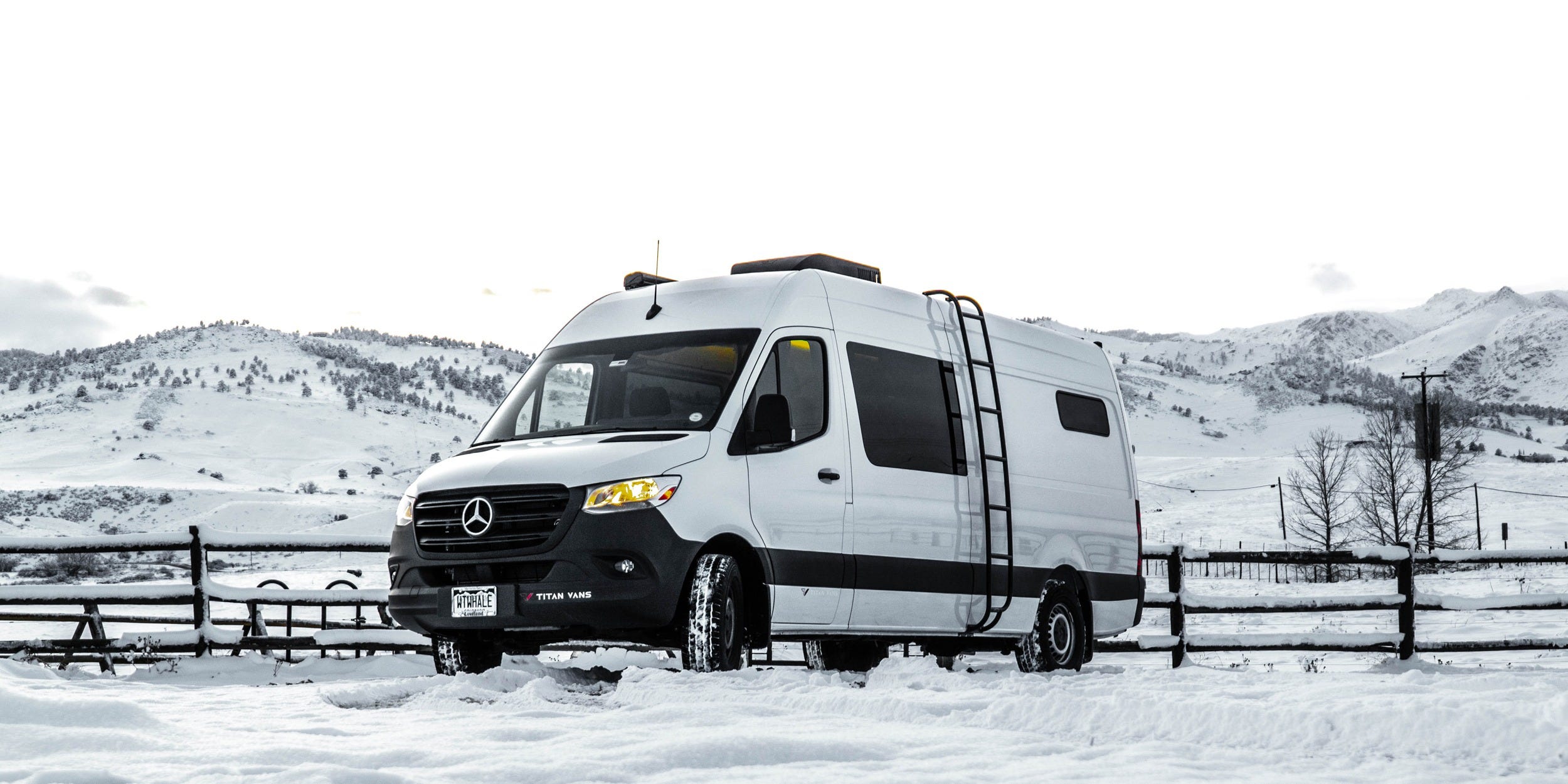 The base layout comes with several power systems, including 300 watts of solar power, a 2,000-watt inverter … 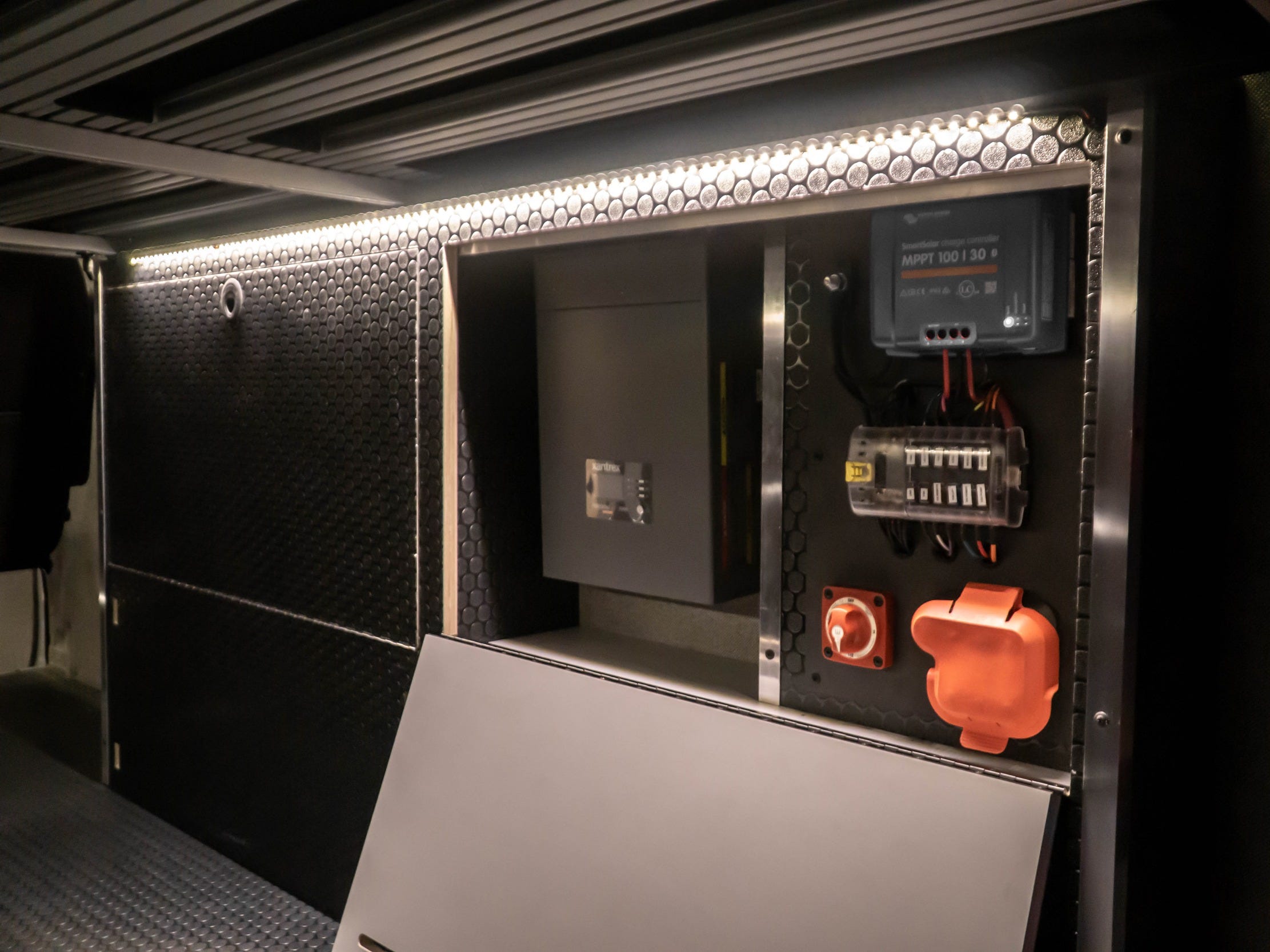 … and a 200-amp hour lithium-ion battery to power the interior amenities of the van. 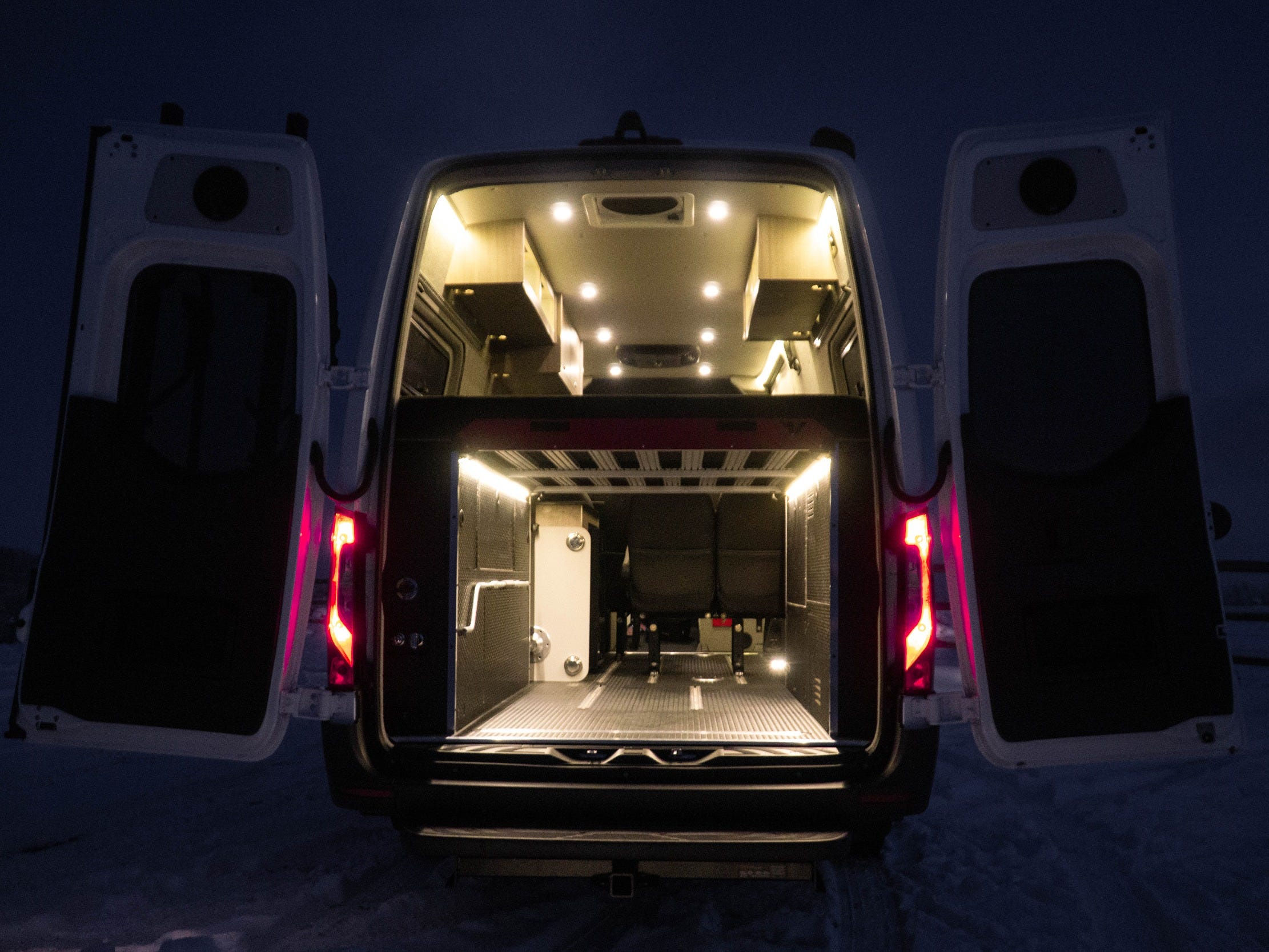 There’s also an engine battery charger and a shore power plug for a more stable power source while attached to a power connection. 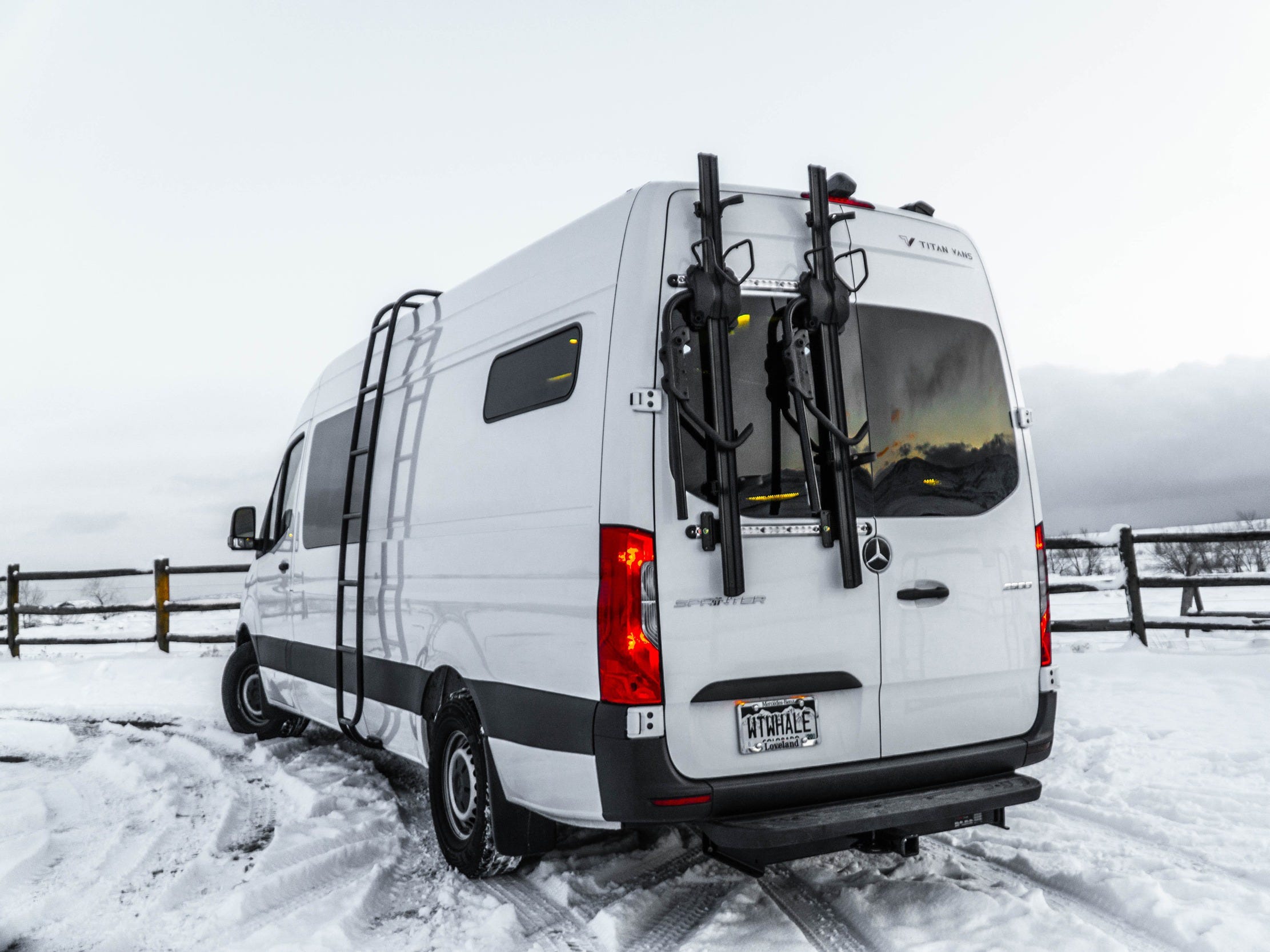 To maintain the temperature of the interior, Titan Vans includes a diesel-powered furnace and a roof fan. 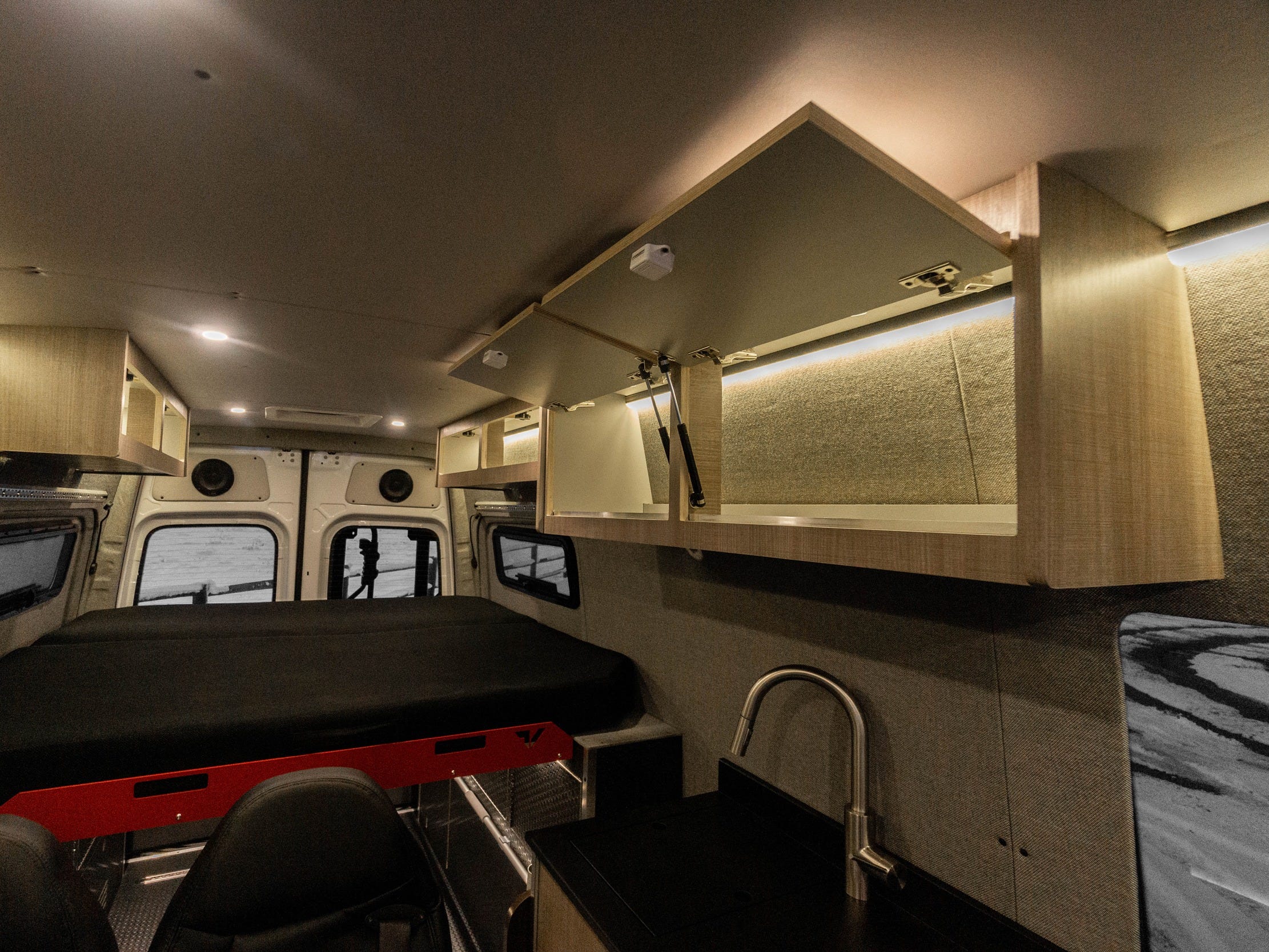 Titan Vans also upgrades several of van’s windows to be t-vent or half sliding. 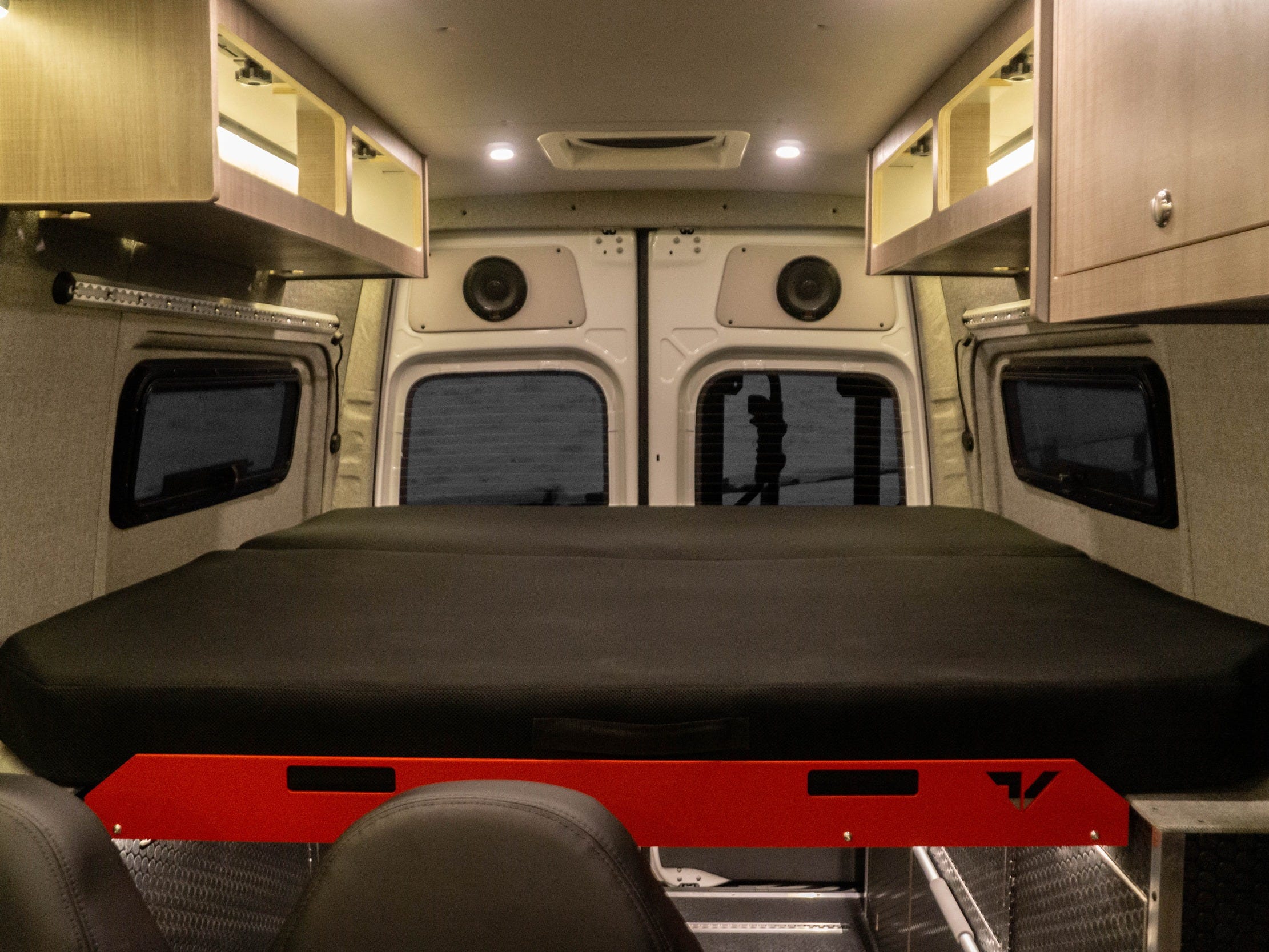 The driver and passenger seats are swivels, creating extra leisure seating options when the van is parked. 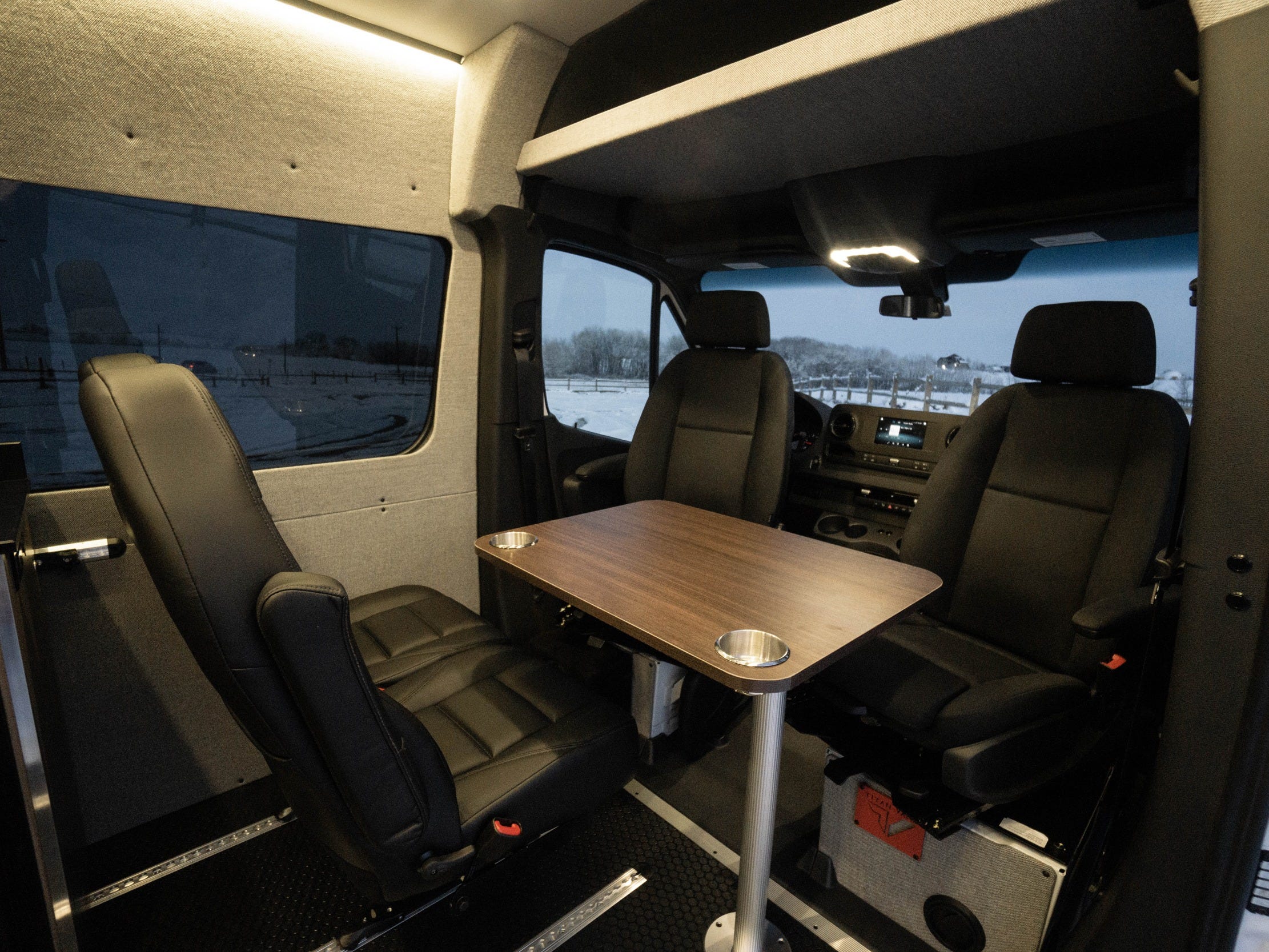 Both the ceiling and cove lights can be dimmed. 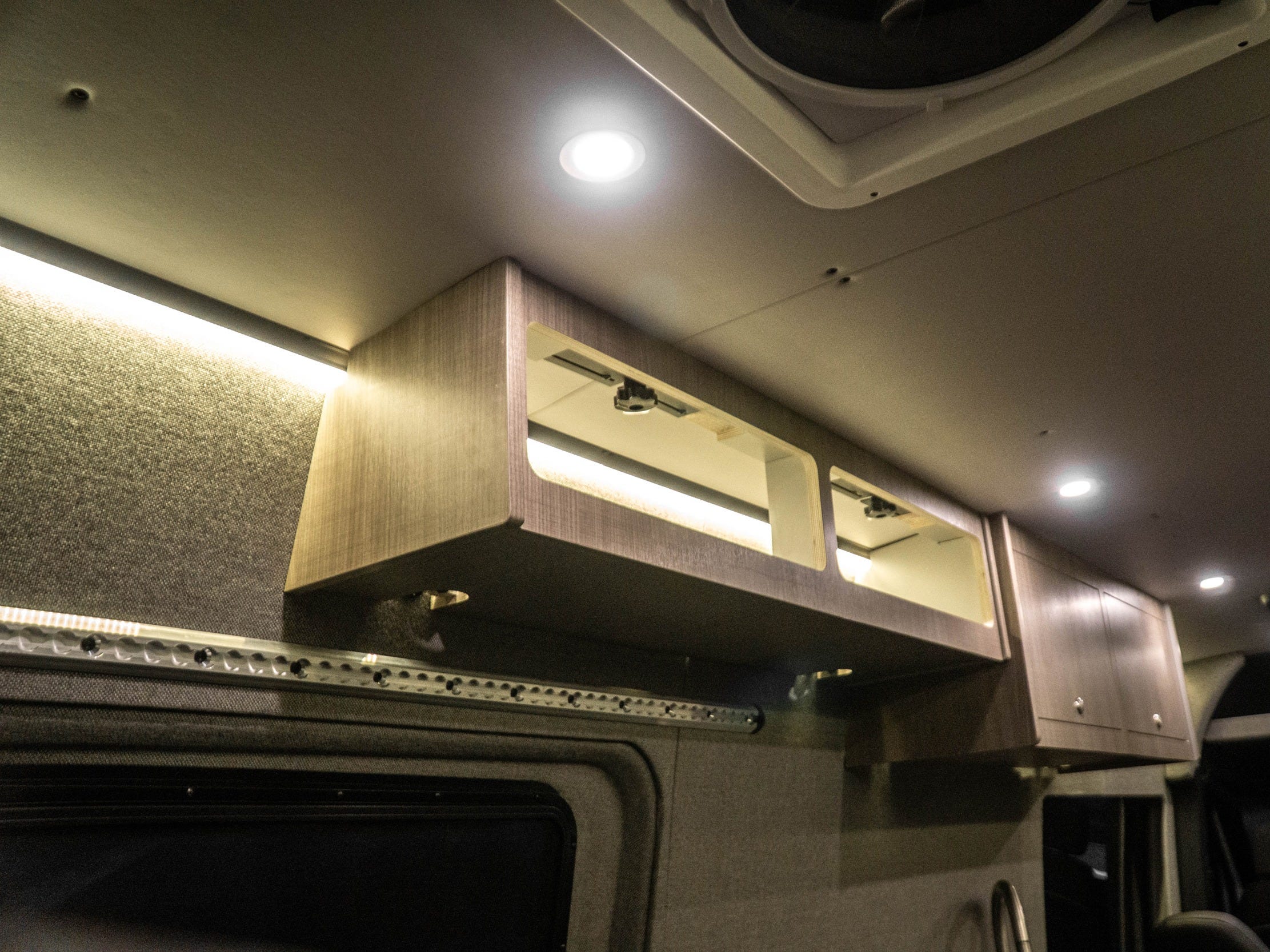 There are also under-bed and bedside reading lights, the latter with USB ports. 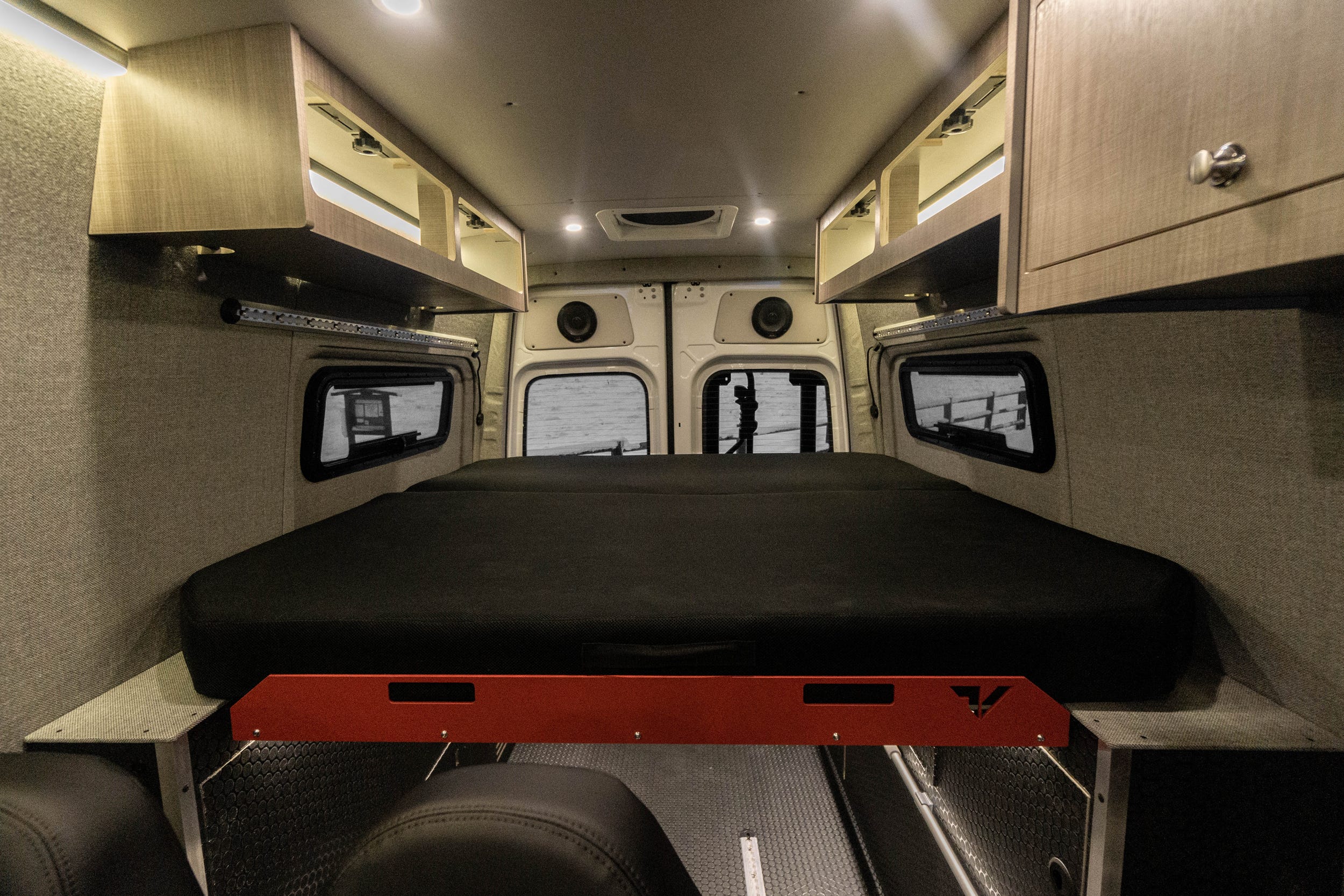 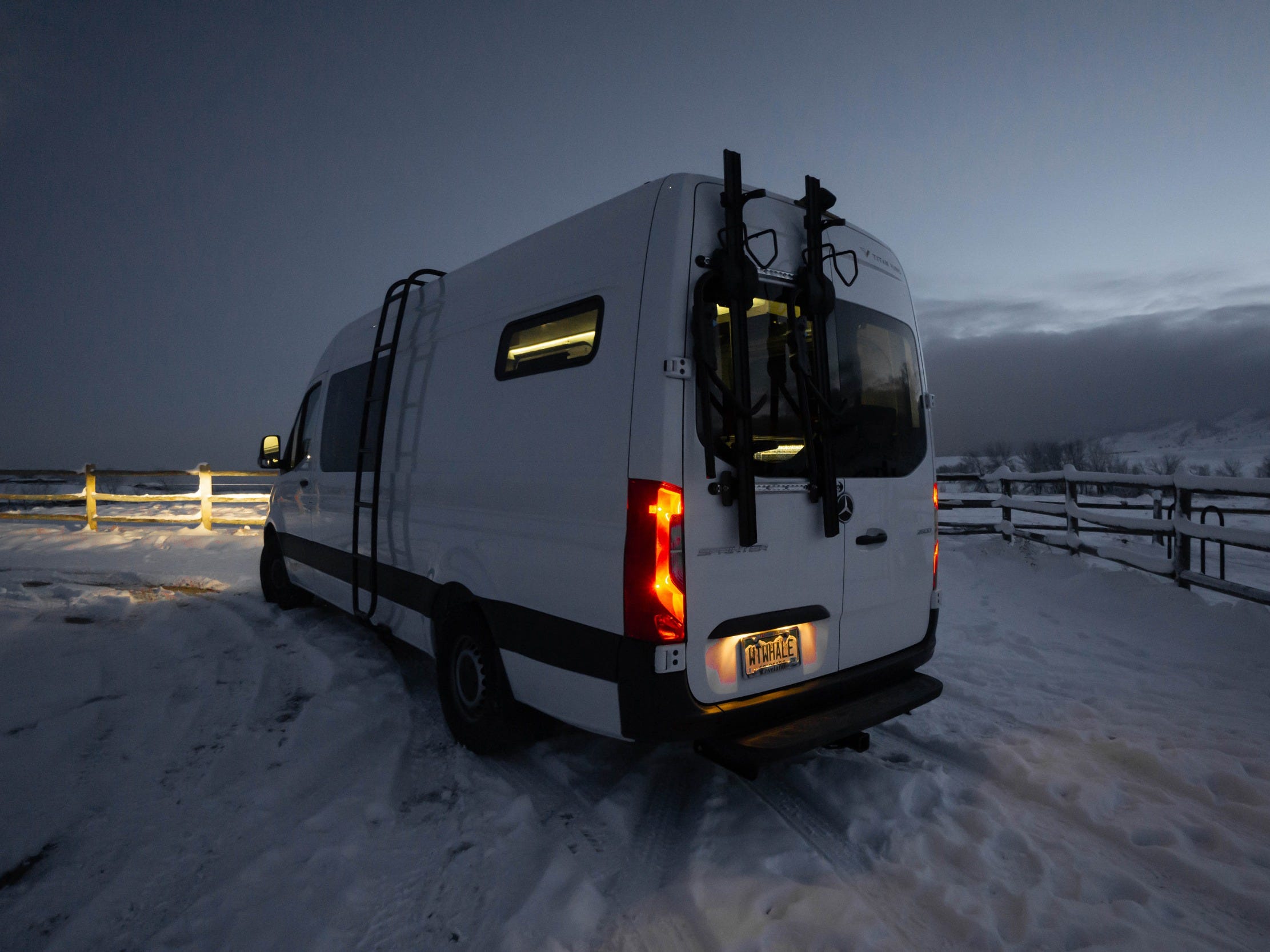 Its bed sits on a removable sliding platform, allowing it to be expanded to its full size as needed. 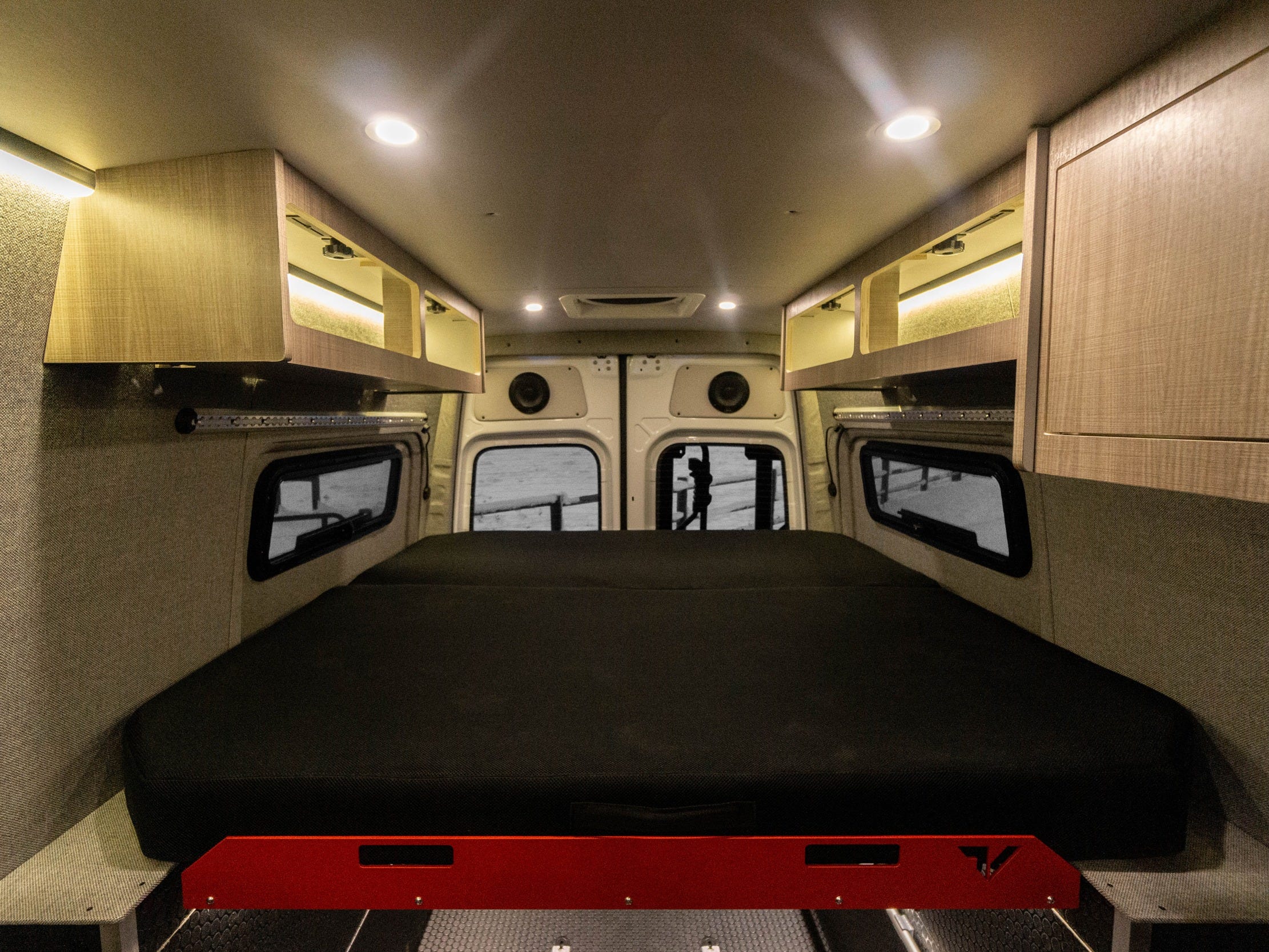 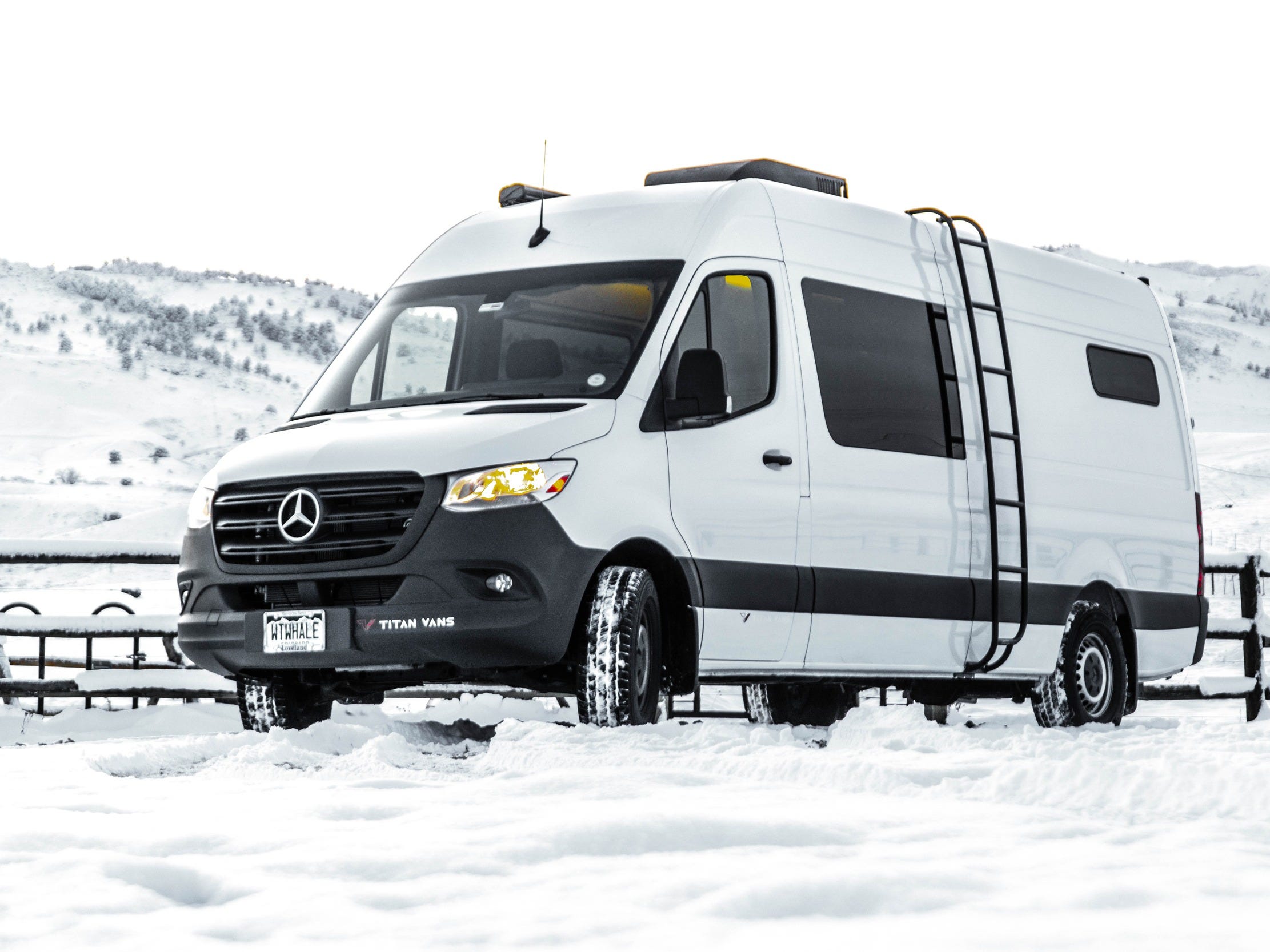 … as well as a spray off shower. 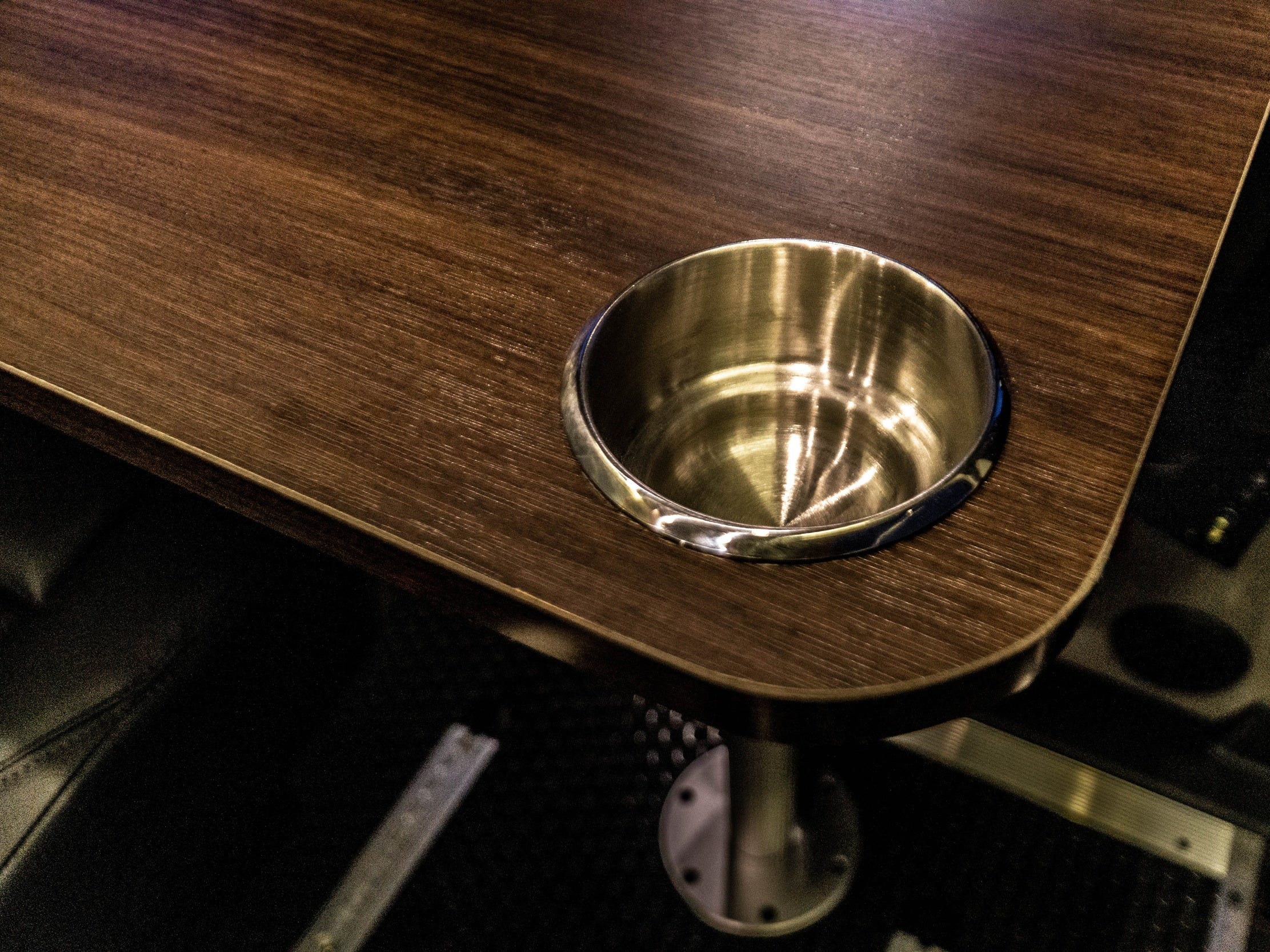 Beyond the base package, the Traveller x6 van has been upgraded with various add-ons. 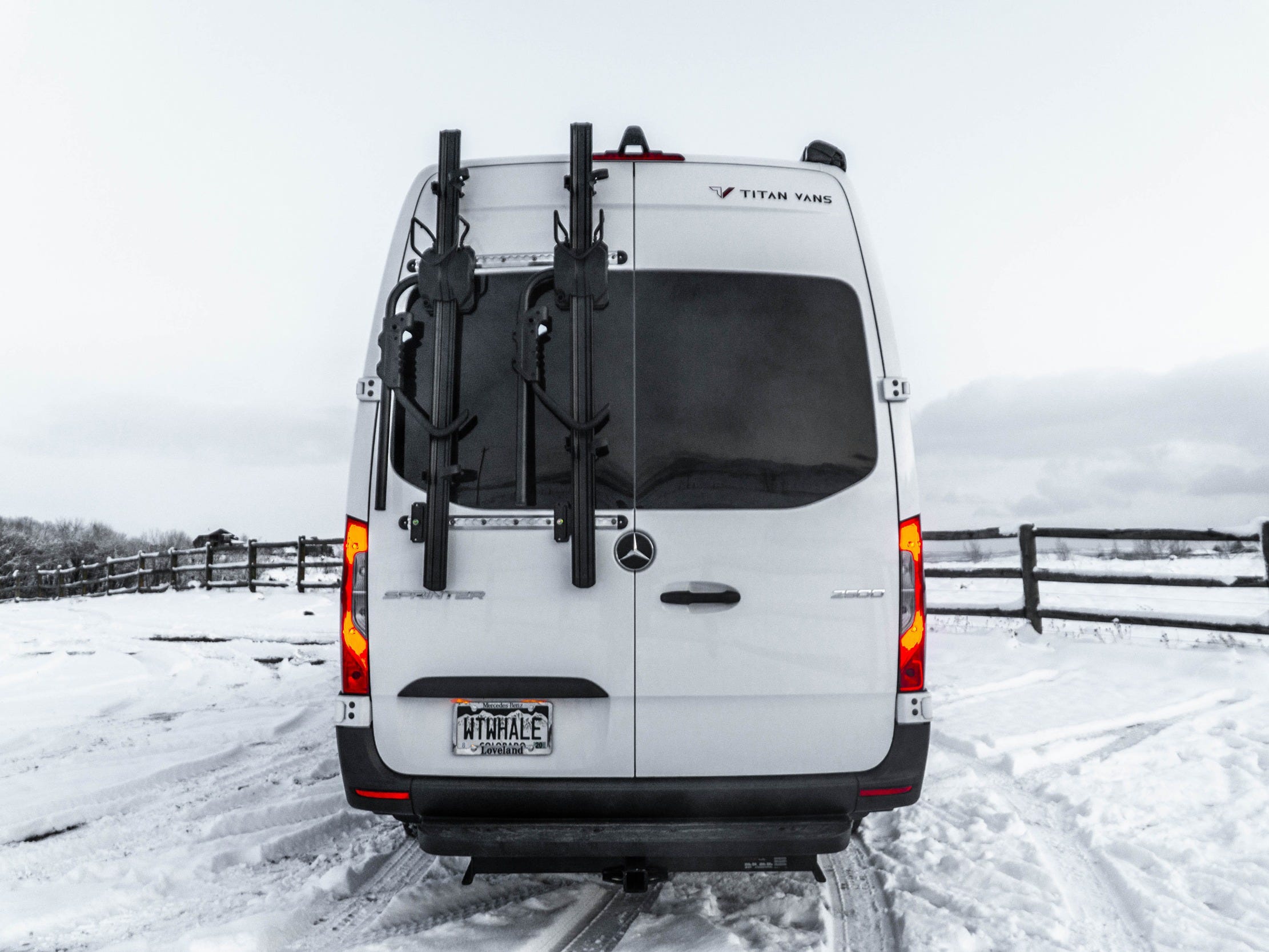 This includes the $US4,995 galley package. 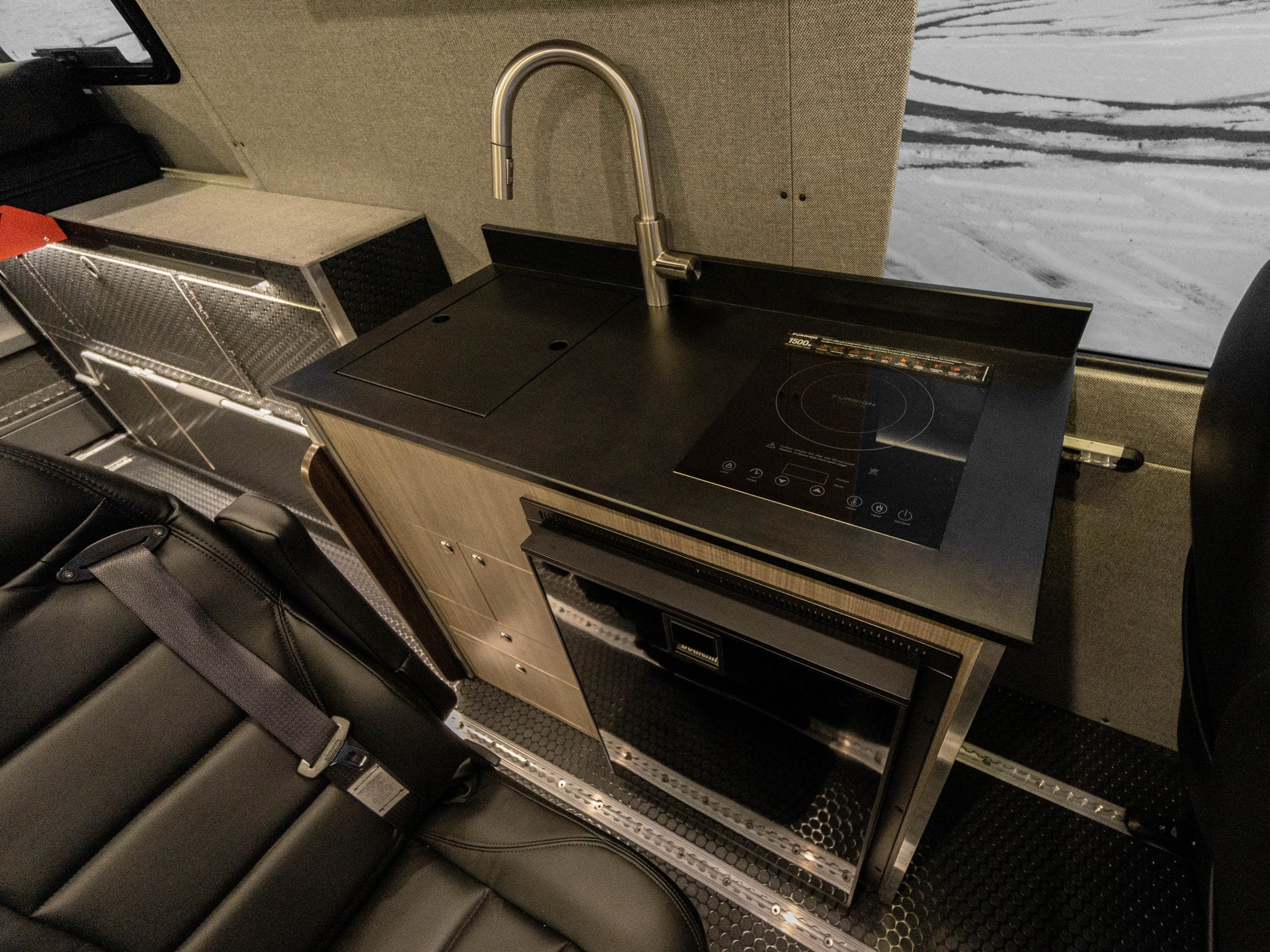 For this cost, the galley comes with a refrigerator, single burner cooktop, sink, and storage drawers. 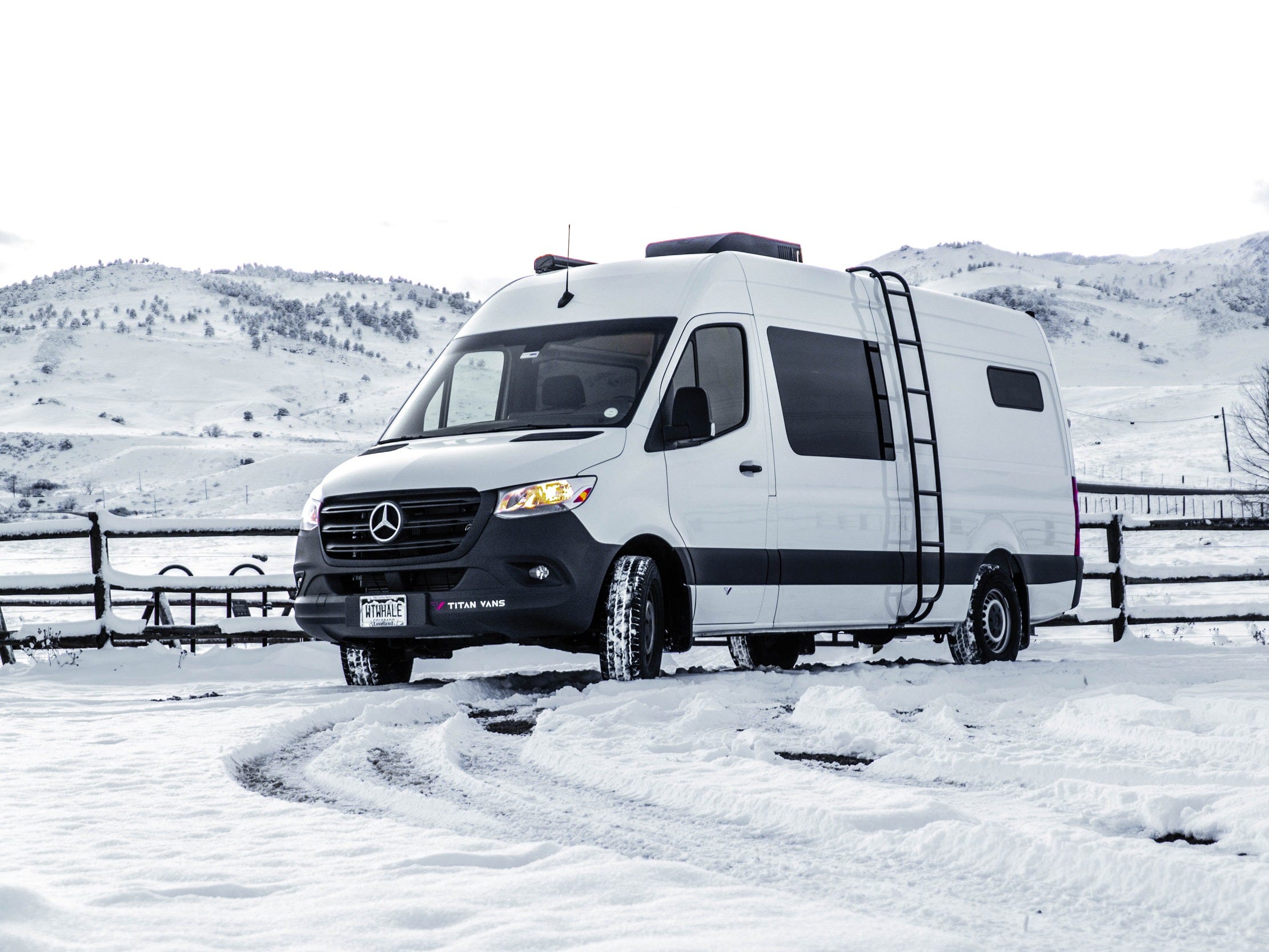 For additional storage, the Traveller x6 has the over-galley cabinet upgrade for $US820, two over-bed cubby cabinets for $US620 each, and an above-driver and passenger seat shelf for $US512. 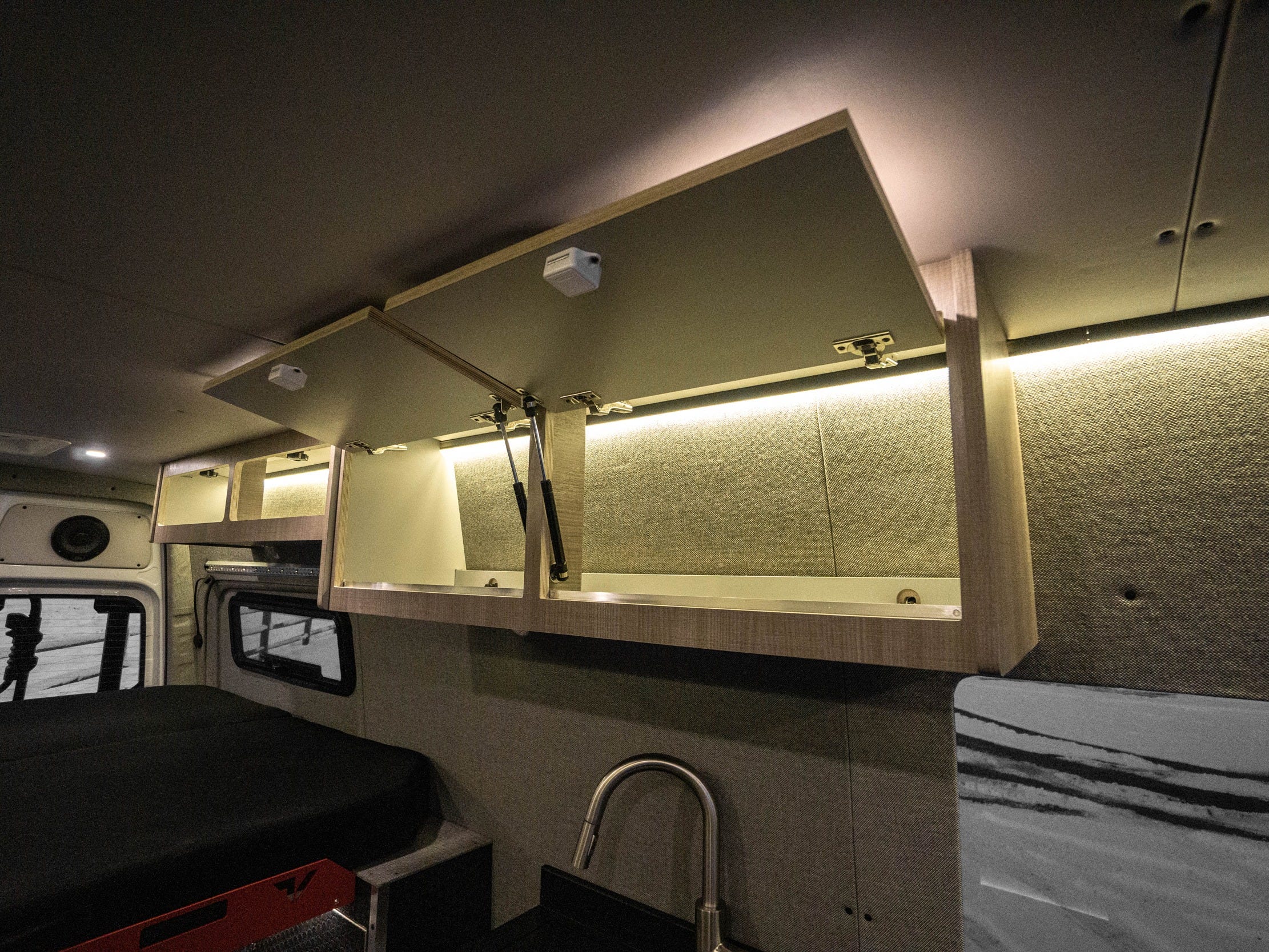 To increase the seating capacity of the Traveller x6, Titan Vans added two bench seat upgrades for $US1,9995 each. 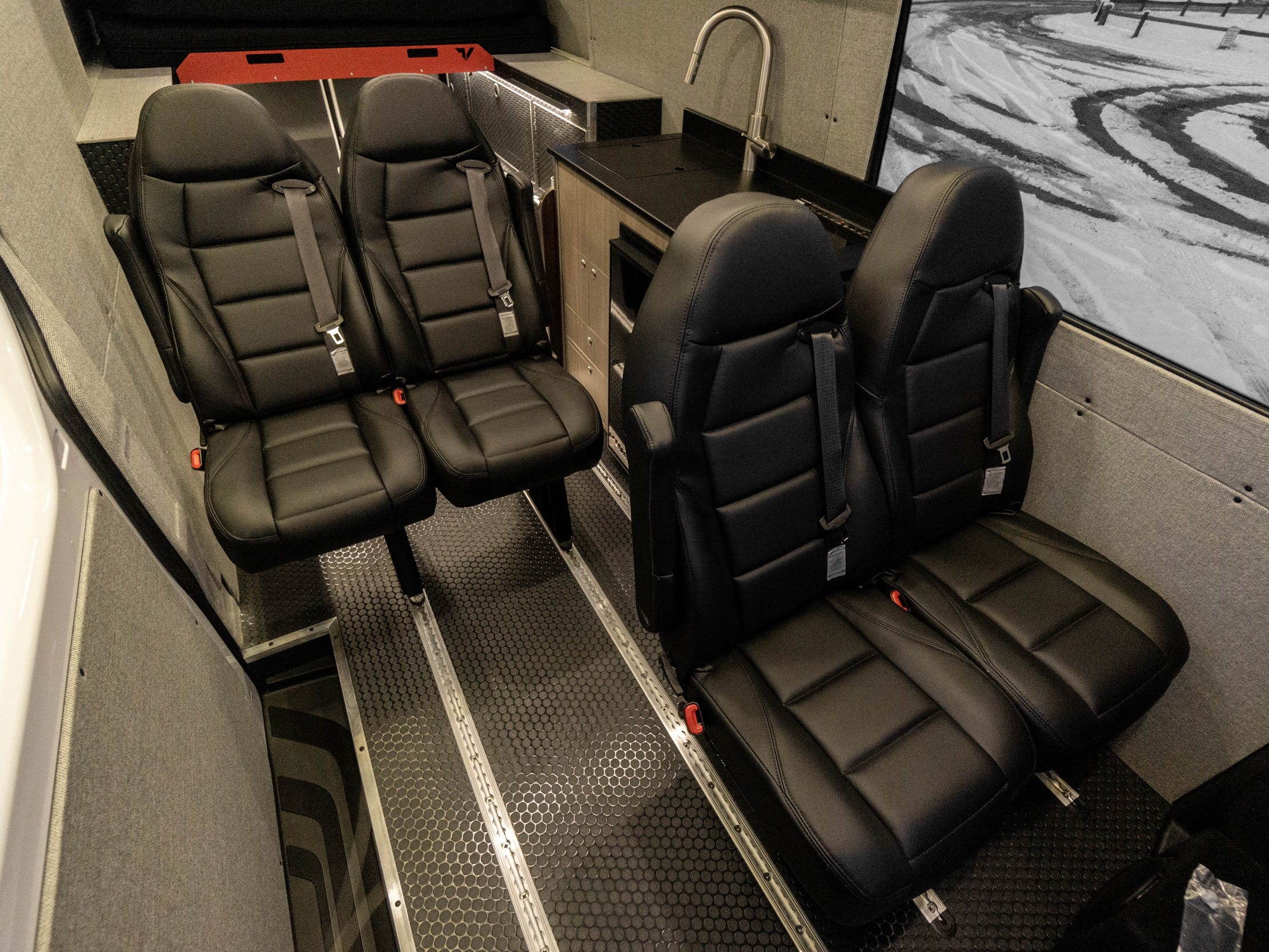 It also has a hot water heater for an additional $US1,395, and a nine-gallon grey water tank for $US413. 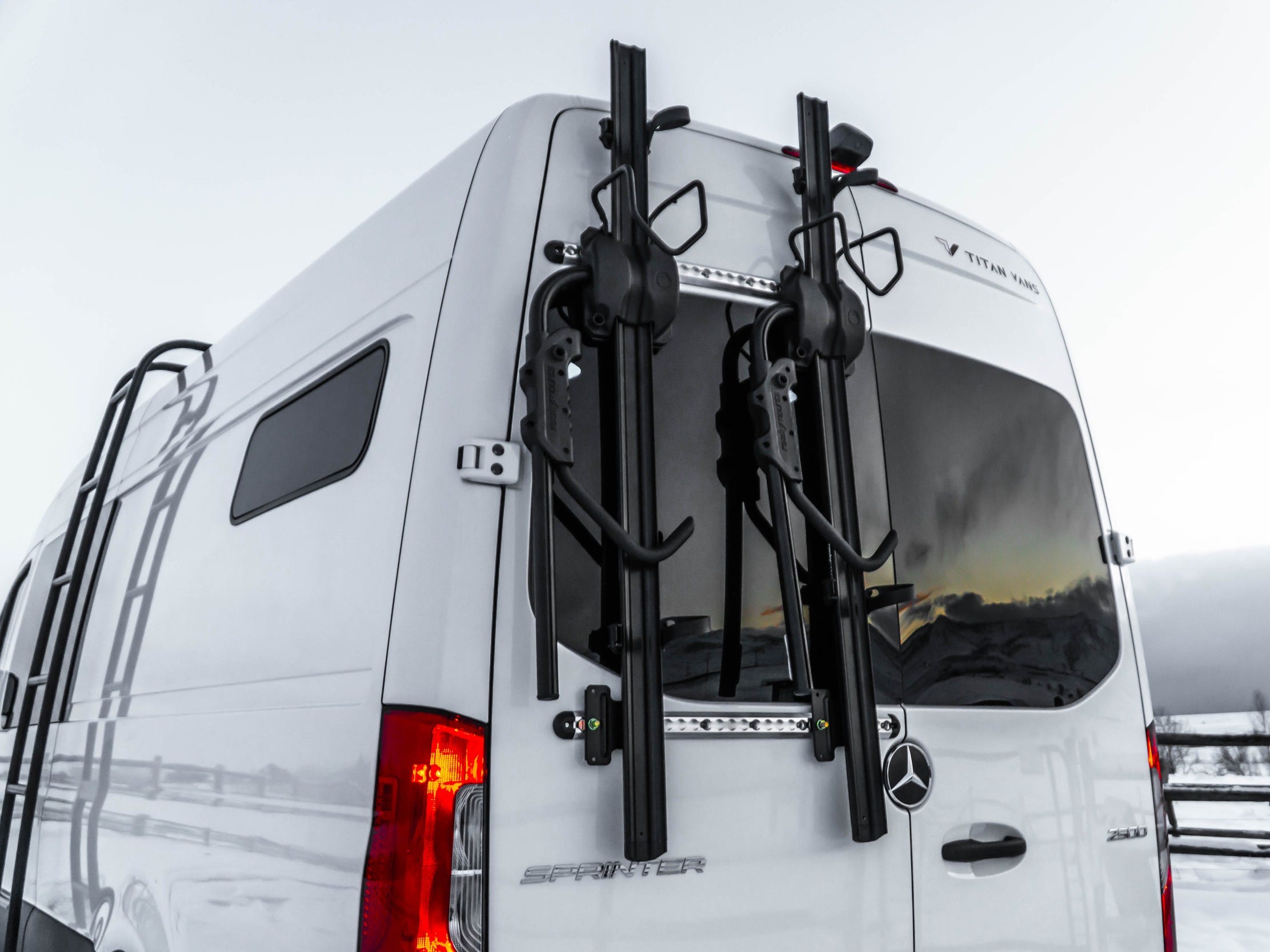 But for those who want something fully custom, Titan Vans can also build fully custom builds. It also offers DIY conversion kits for those clients would rather convert their vans themselves.