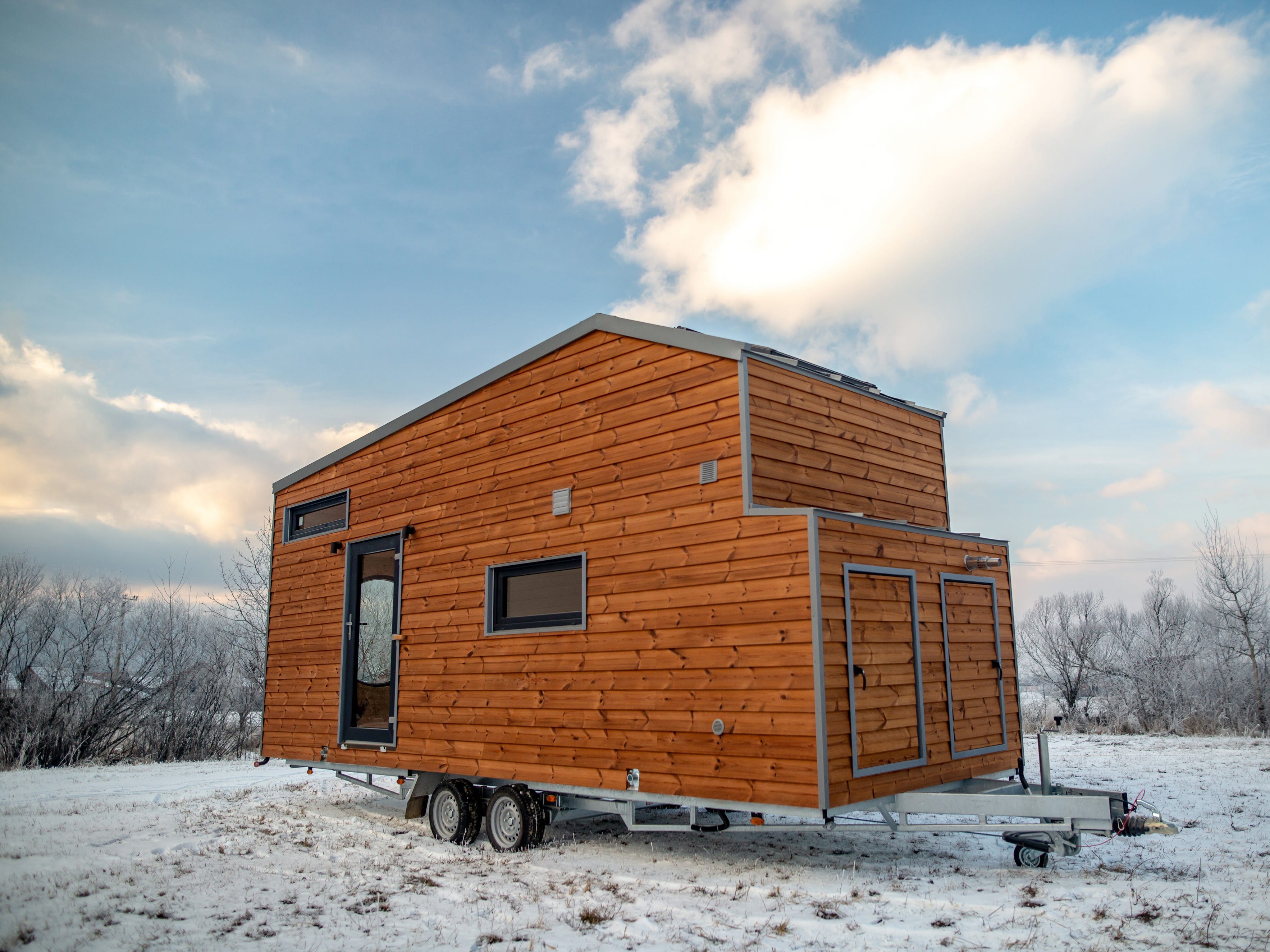 ShutterstockTiny houses can be difficult in the winter.

Tiny house owners are often confronted with unique issues that traditional homeowners don’t deal with, especially during the winter.

When the temperature drops and the cold weather rolls in, tiny house owners across the country begin prepping their homes for winter to ensure everything runs smoothly all season long.

Here are seven things tiny house owners told Insider they need to think about as the cold creeps in.

The biggest issue tiny house owners face is the threat of their pipes freezing or bursting. 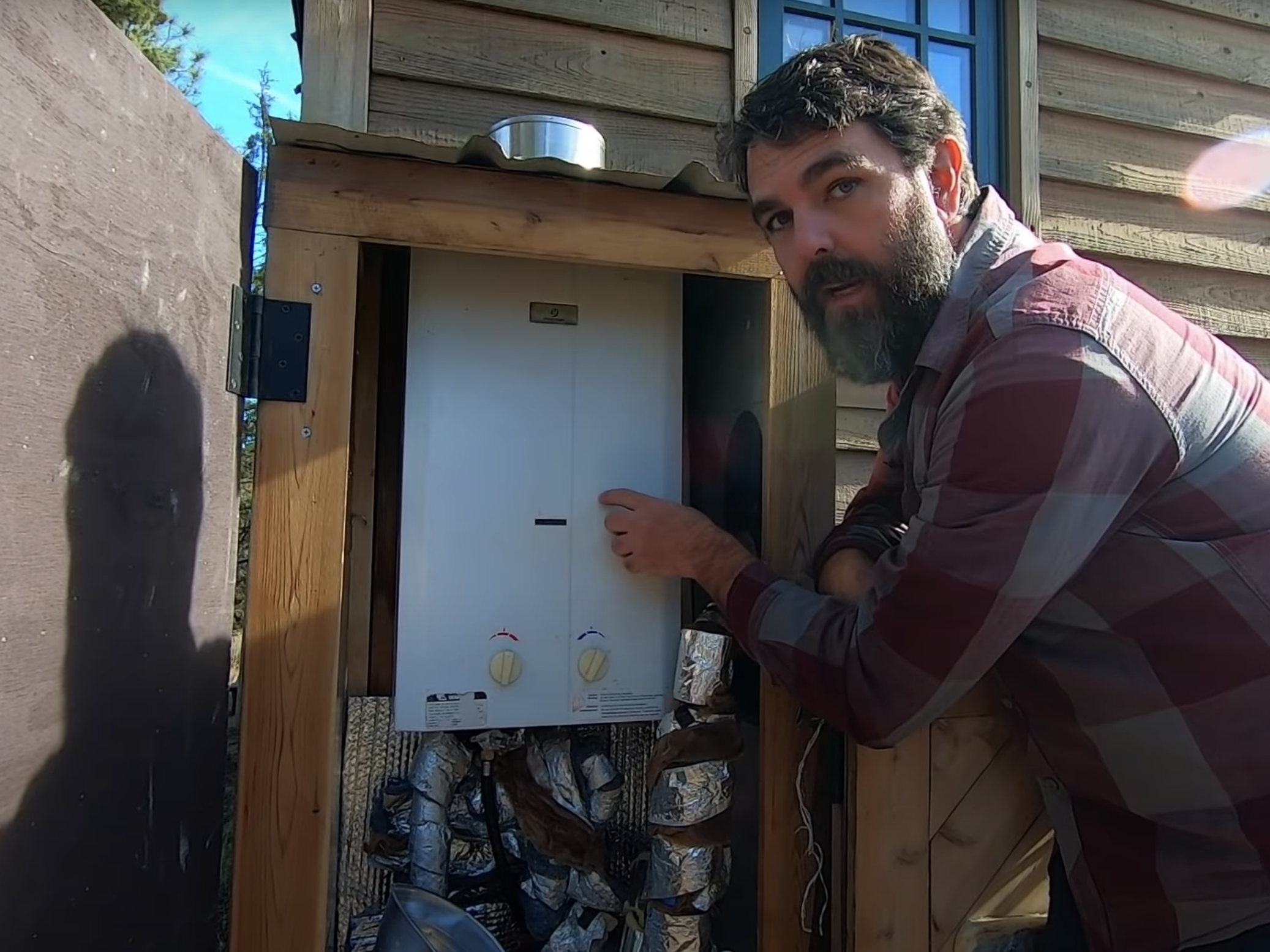 While pipes may freeze in a traditional home, the plumbing is generally far more exposed to the elements in a tiny house as pipes, water tanks, and water connections are outside.

Alexis Stephens and Christian Parsons have a propane instant hot water heater inside a box that’s fixed to the back of their tiny house. To ensure the heater and the box itself stays warm, they first cover it in foam and then insulate every pipe with heat tape. They even use an incandescent light bulb that turns on at a certain temperature to add extra heat inside the box.

If these pipes freeze, Stephens and Parsons lose their hot water. In severe cases, the pipes can burst.

Tiny house owners also have to prevent cold creeping in through the floor in a process called skirting. 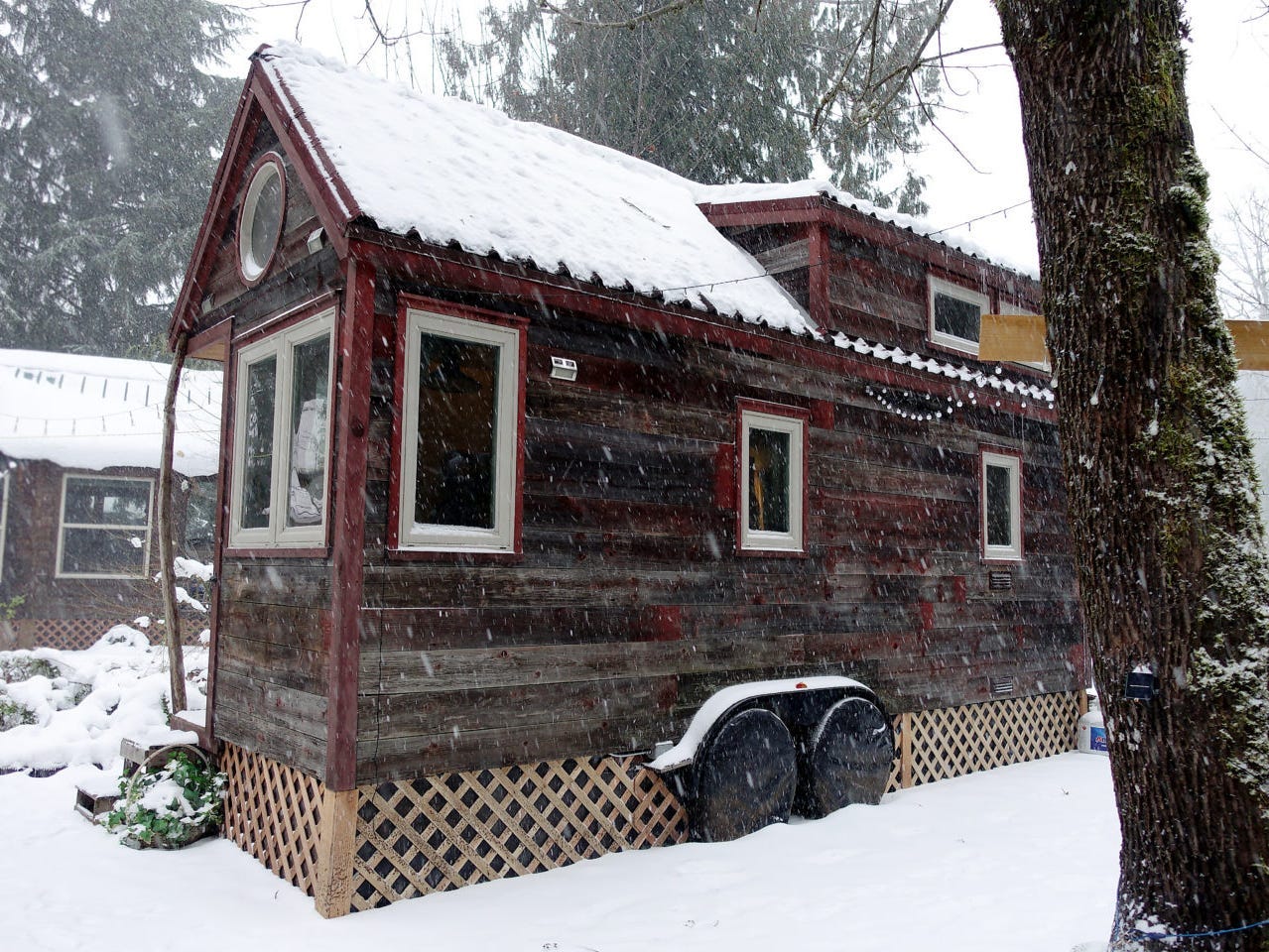 Jenna Kausal started skirting her tiny house when she was parked in Colorado. She learned that since there is no foundation under her house, the cold can get into the house through the floor.

To combat that, tiny house owners can cover the perimeter of their homes – from the ground to the bottom of the structure – to ensure heat stays locked inside. This process, known as skirting, can also help to protect the pipes under the trailer from freezing.

“Most tiny house [owners] have to think about skirting their house because the coldest part of the house is the floor,” Kausal told Insider. “[There is] no foundation, only a trailer.”

When skirting, owners have the option to use straw, canvas, and foam. Kausal went with foam and duct taped it to the bottom of her home. She then wrapped the skirt in a wood lattice so it would be aesthetically pleasing. In all, the process cost her $US72.

As a result of skirting, some tiny house owners find animals like raccoons hiding under their homes in the winter. 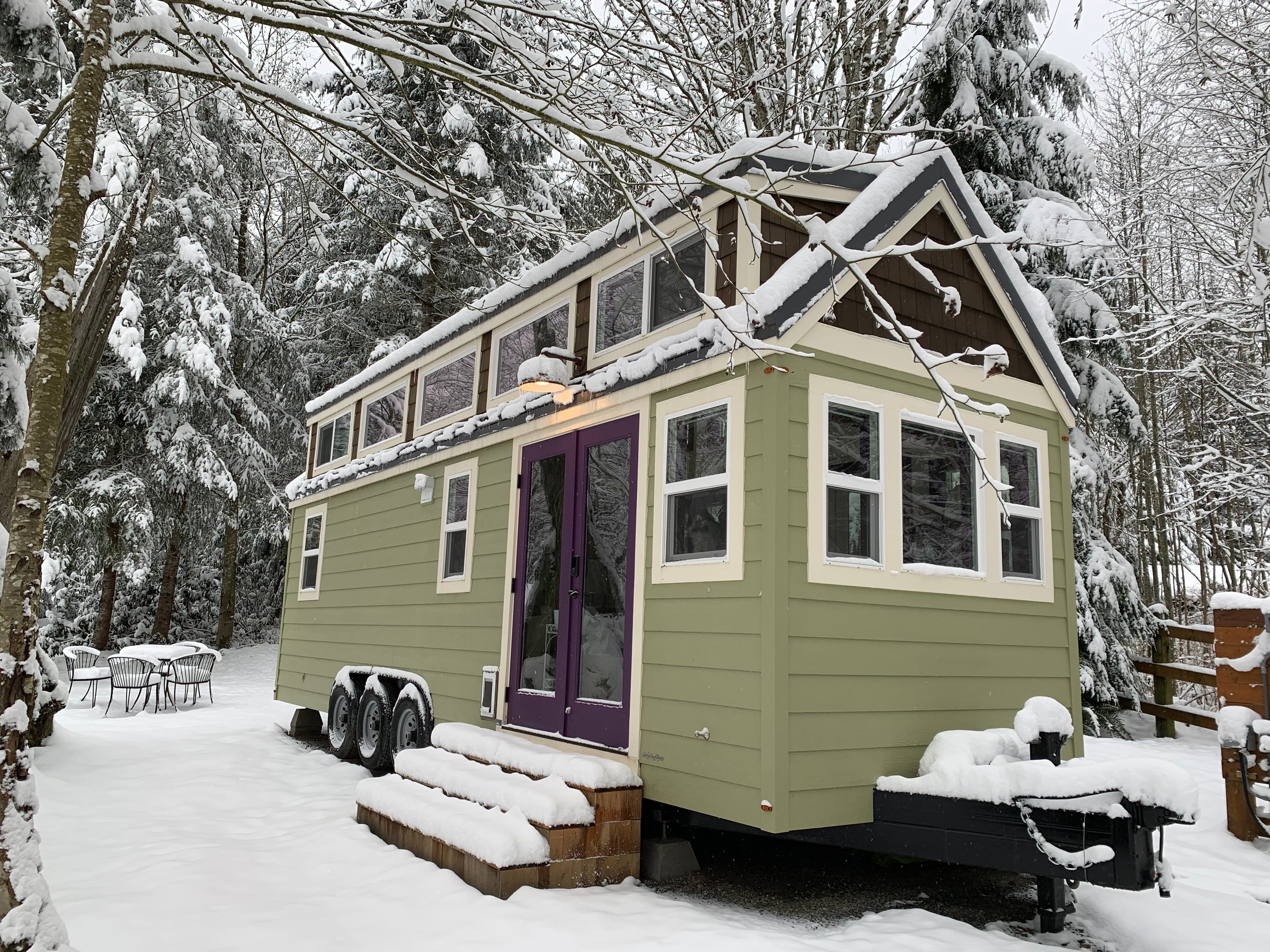 ShutterstockAnimals may crawl under the tiny house.

Just like us, animals look for warm places to hide during the cold months. Since tiny house owners create a warm space under their home after skirting, it’s common to find creatures hiding under there for warmth. Some animals, like raccoons, could cause damage as they look for a place to nest.

“Racoons are loving living under there as well,” Kausal said in one of her YouTube videos. “That’s something else to be concerned about if you make a nice, little warm haven.”

Some people have to move their tiny houses because not all parks or campgrounds are open during the winter months. 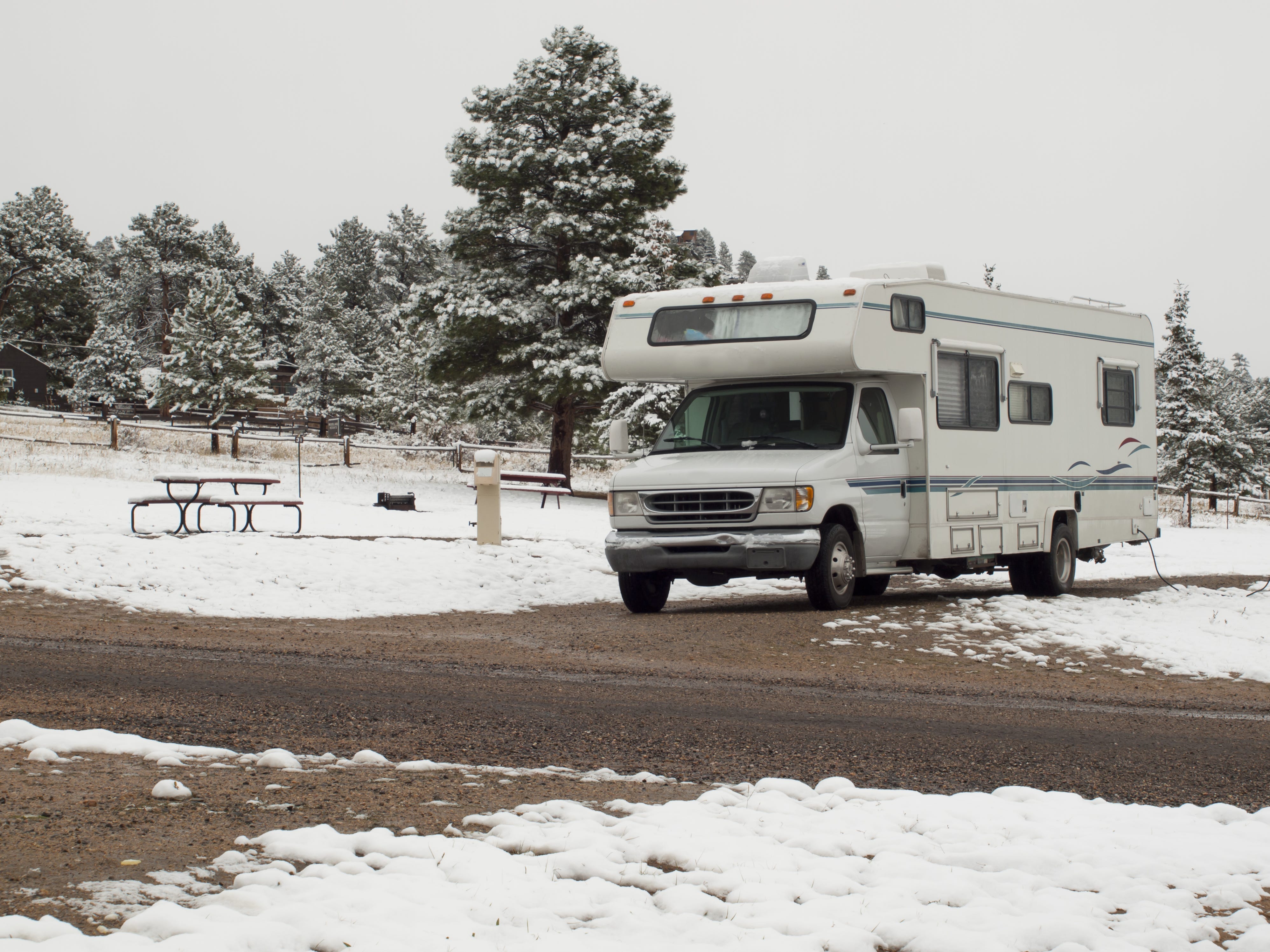 ShutterstockNot all campgrounds are open in the winter.

When Sirena Jording moved into her camper full-time, she was excited to find a spot to park it at Camp Taylor Campground in New Jersey. But when the winter came, she learned that the campground closes, so she was forced to find a new parking spot at another, not-quite-ideal campground and move there.

“I did find a wonderful transportation company who moved it for relatively cheap, [but] the campground we are at now is a compromise on yard space,” she said.

Composting toilets become difficult to maintain in the winter, too. 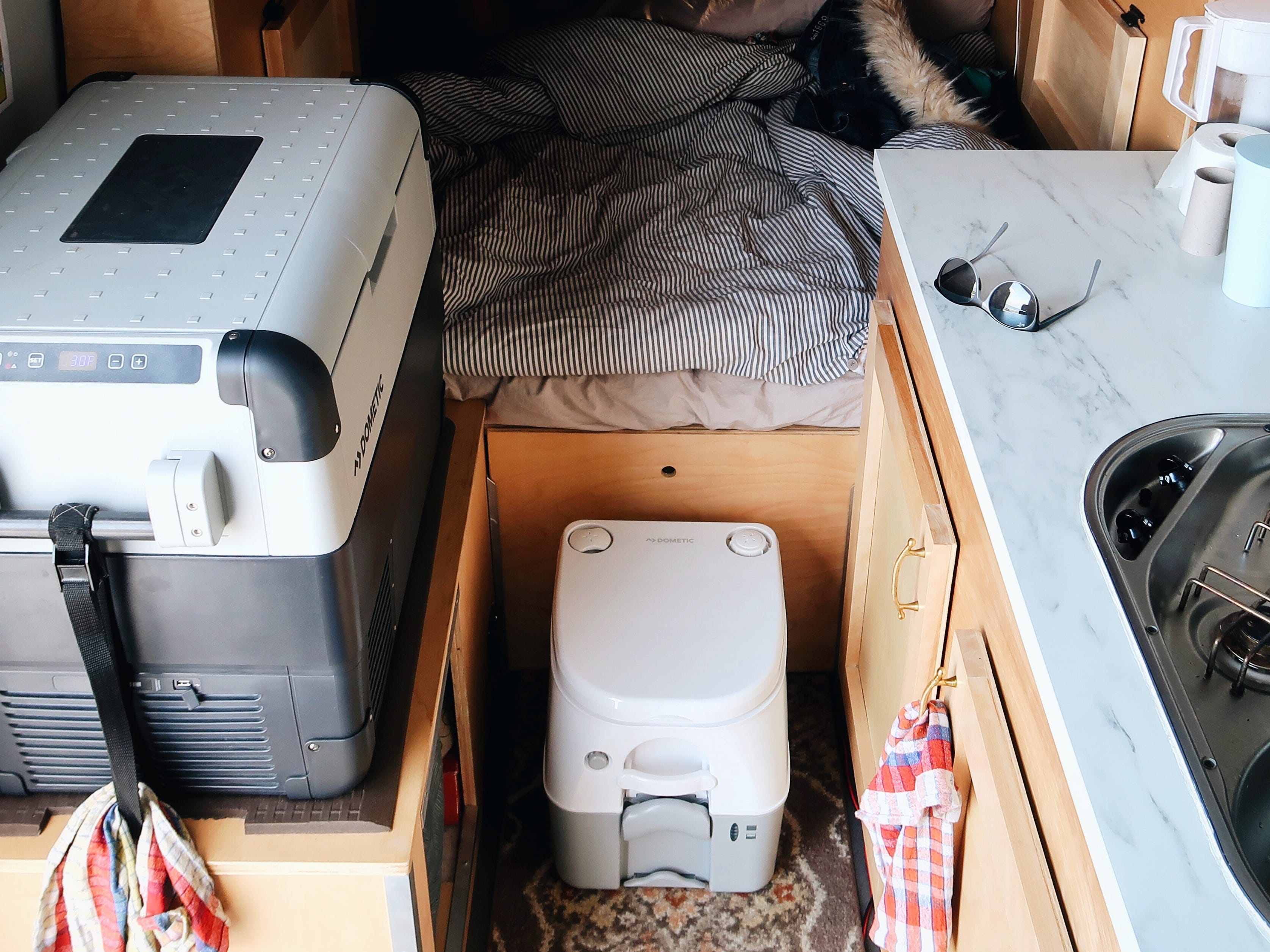 Courtesy of Dan and Marlene LinComposting toilets are common.

Composting toilets are common in tiny houses because they don’t require many hookups, but decreasing temperatures can affect how well they work.

To ensure composting continues effectively, tiny house owners have to keep the toilet and its pipes insulated.

Tiny house owners have to buy extra equipment to keep the house running during the winter. 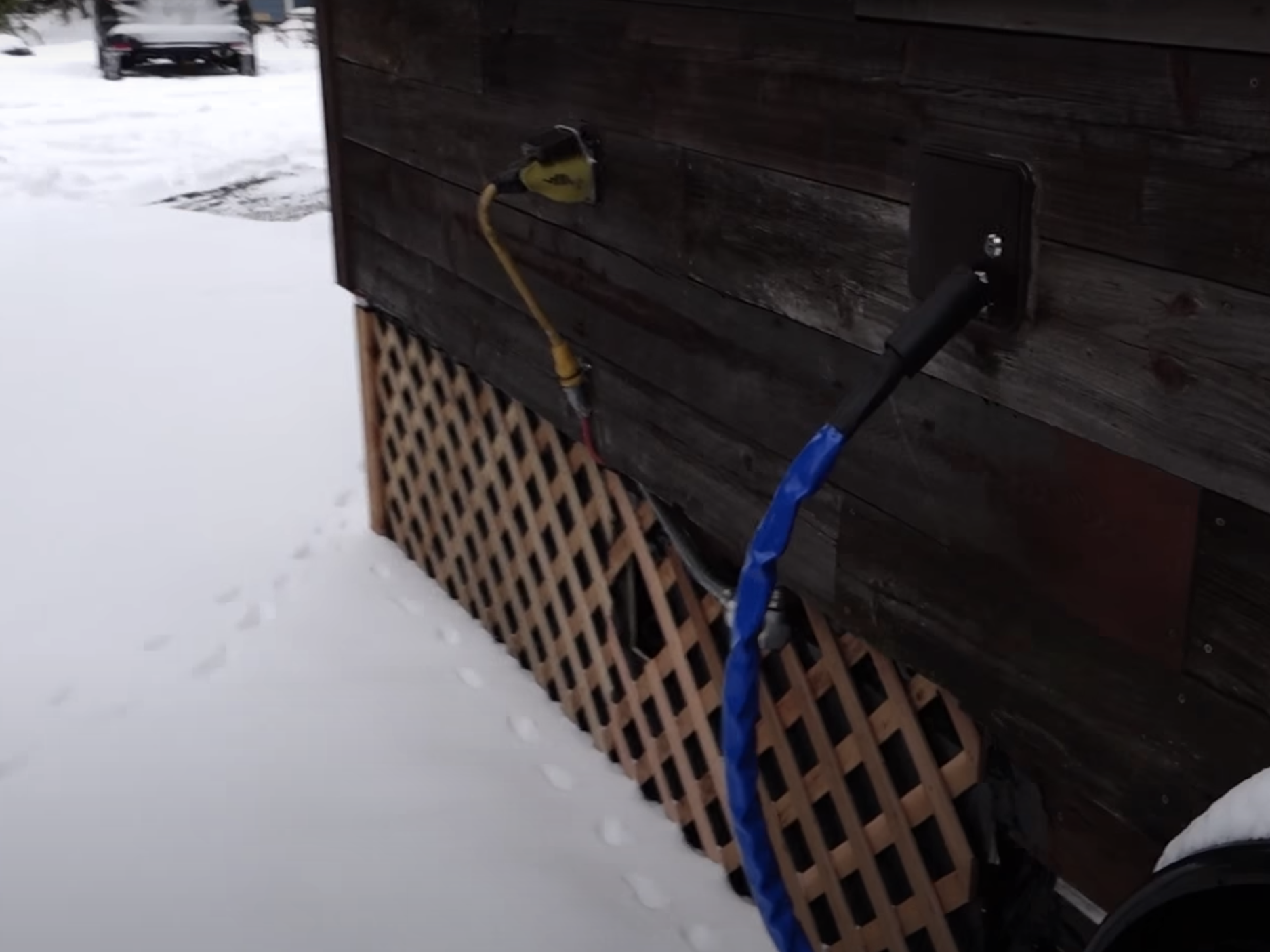 Courtesy of Jenna KausalThe heated hoses can get expensive.

To ensure everything runs smoothly during the colder months, many owners have to invest in costly equipment – for example, an insulator blanket for a propane tank can cost $US230 and a heated drinking hose costs $US75 to $US100.

That can also include stocking up on electric heaters to stay warm inside. 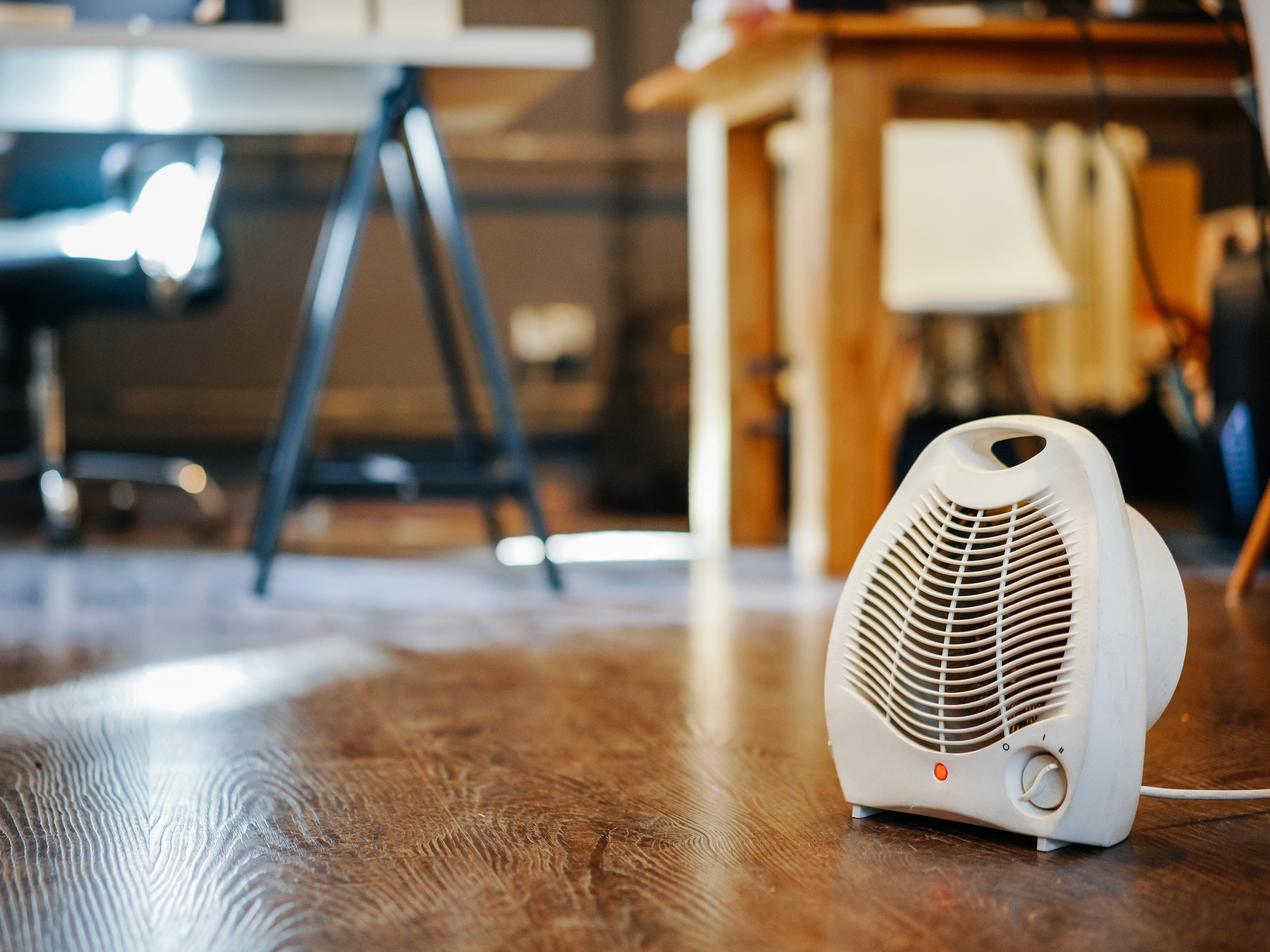 “An electric heater is the best appliance that you can pick to make your tiny home winter-ready,” Stephens said. “Compared to gas heaters, electric heaters are simple to install, easy to maintain, and require little power. They also emerge as a cost-effective option to keep your tiny house cosy.”

Deanna Russell, who owns a camper van in Vermont, said she uses an oil-filled radiator space heater, which could cost around $US120.

But the winters haven’t been so bad, she said.

“I’m really fortunate to have not had any issues,” Russell told Insider. “I’ve always lived in trailers, campers, or old drafty houses so nothing has surprised me yet.”