Online dating is what people do when everything else has been cancelled, it seems. Match Group’s second quarter 2020 earnings report shows an increase in subscribers and downloads over pre-COVID-19 levels, and users are back to paying for membership at the same level they were before. 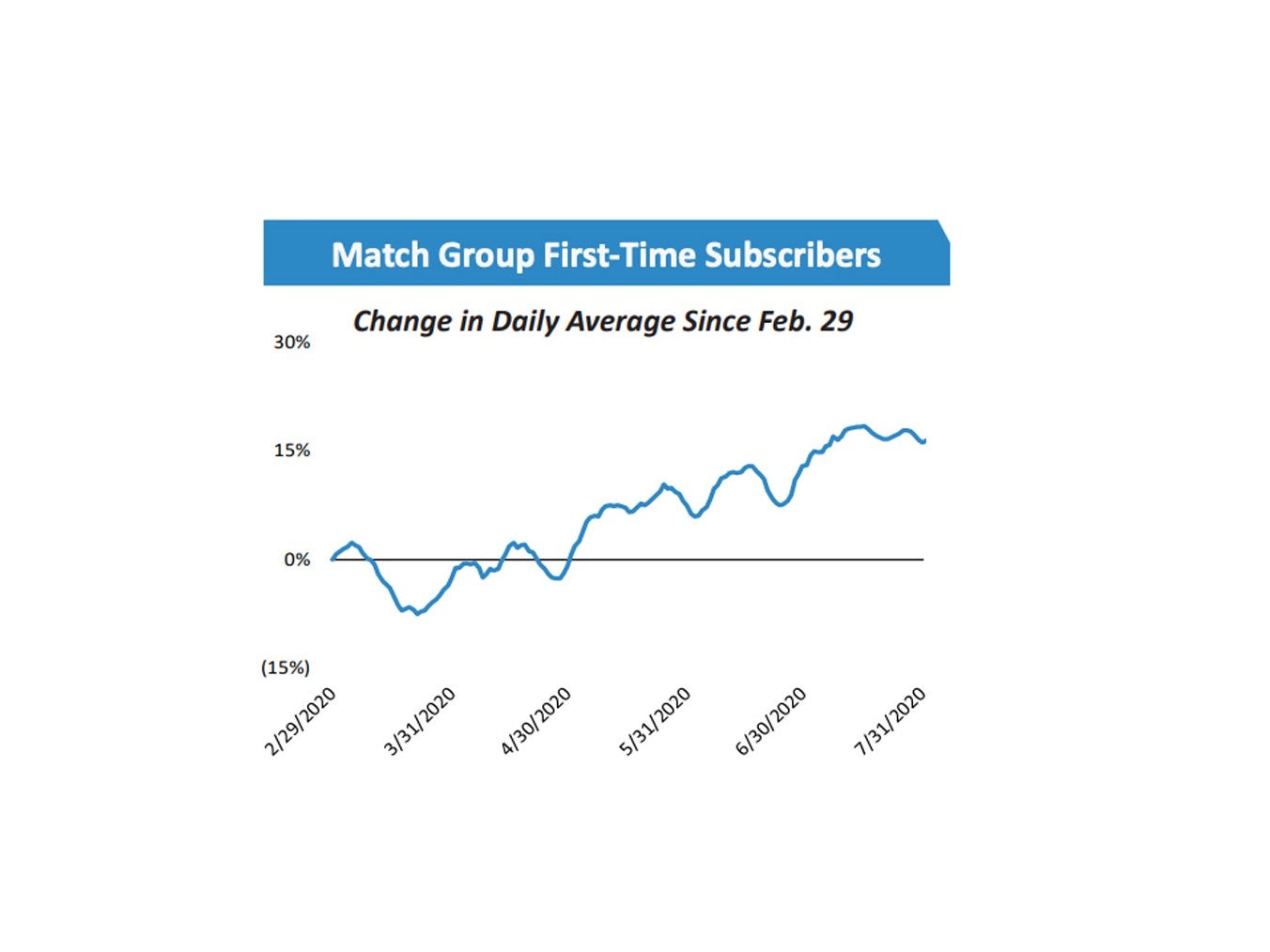 Match Group’s more than 45 dating brands include some of the most popular, like Tinder, Hinge, Match, and OKCupid. According to Apptopia, Match controls over 60% of the dating app market. As shelter in place and stay at home orders shut down most parts of social life, people apparently turned to online dating to fill the gap, leading to the 15% increase in new subscribers Match reported over the quarter. 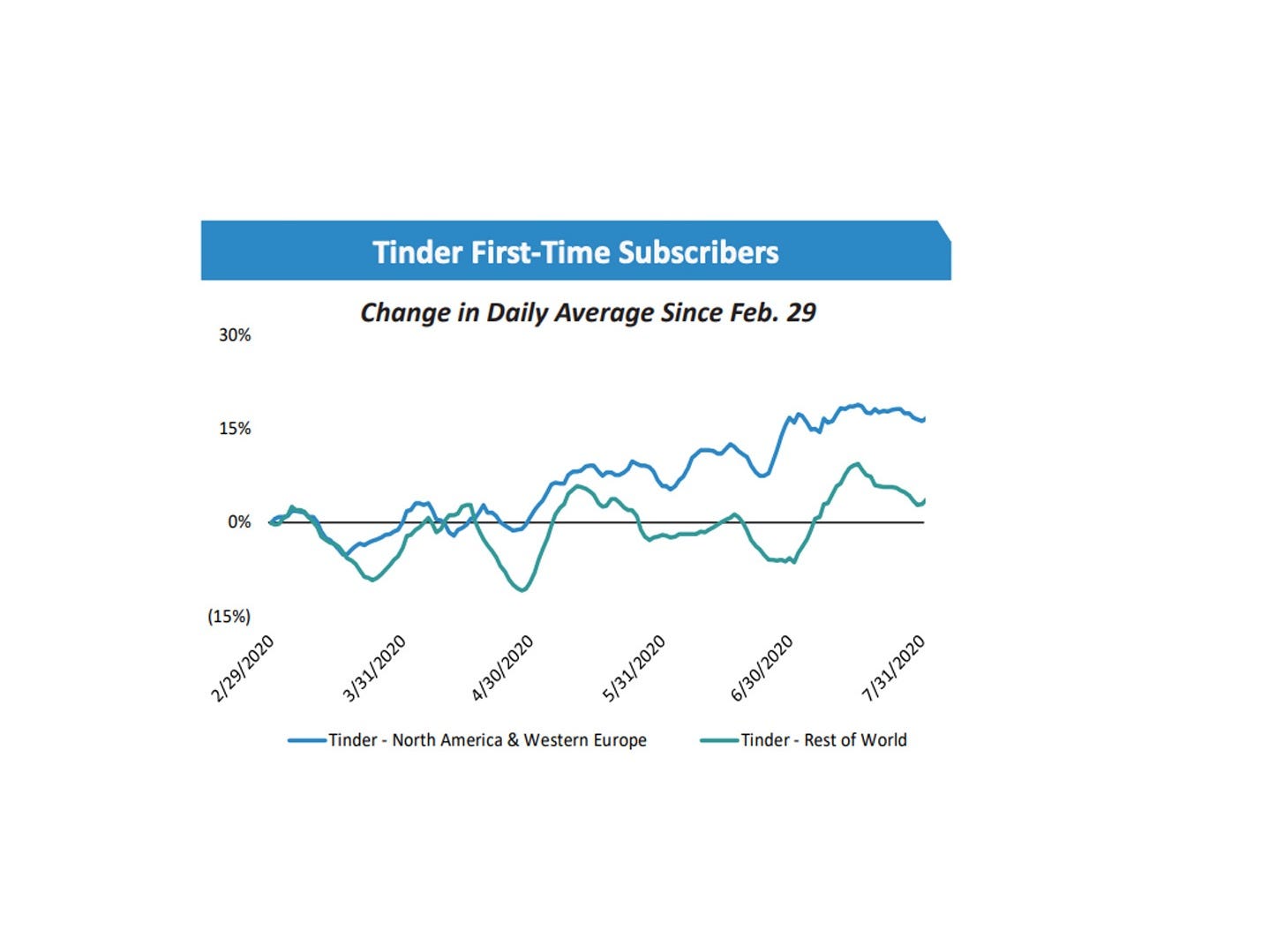 Tinder is the most popular of the company’s dating apps, and saw a large increase in users during a time when business has been down in most sectors. Tinder tried to get ahead of the virus and possible snafus related to meeting up with strangers. Back in March, Tinder added a popup message warning users to practice basic precautions like hand washing and maintaining social distance. “Your wellbeing is our #1 priority,” the message read, linking to the World Health Organisation for more information. 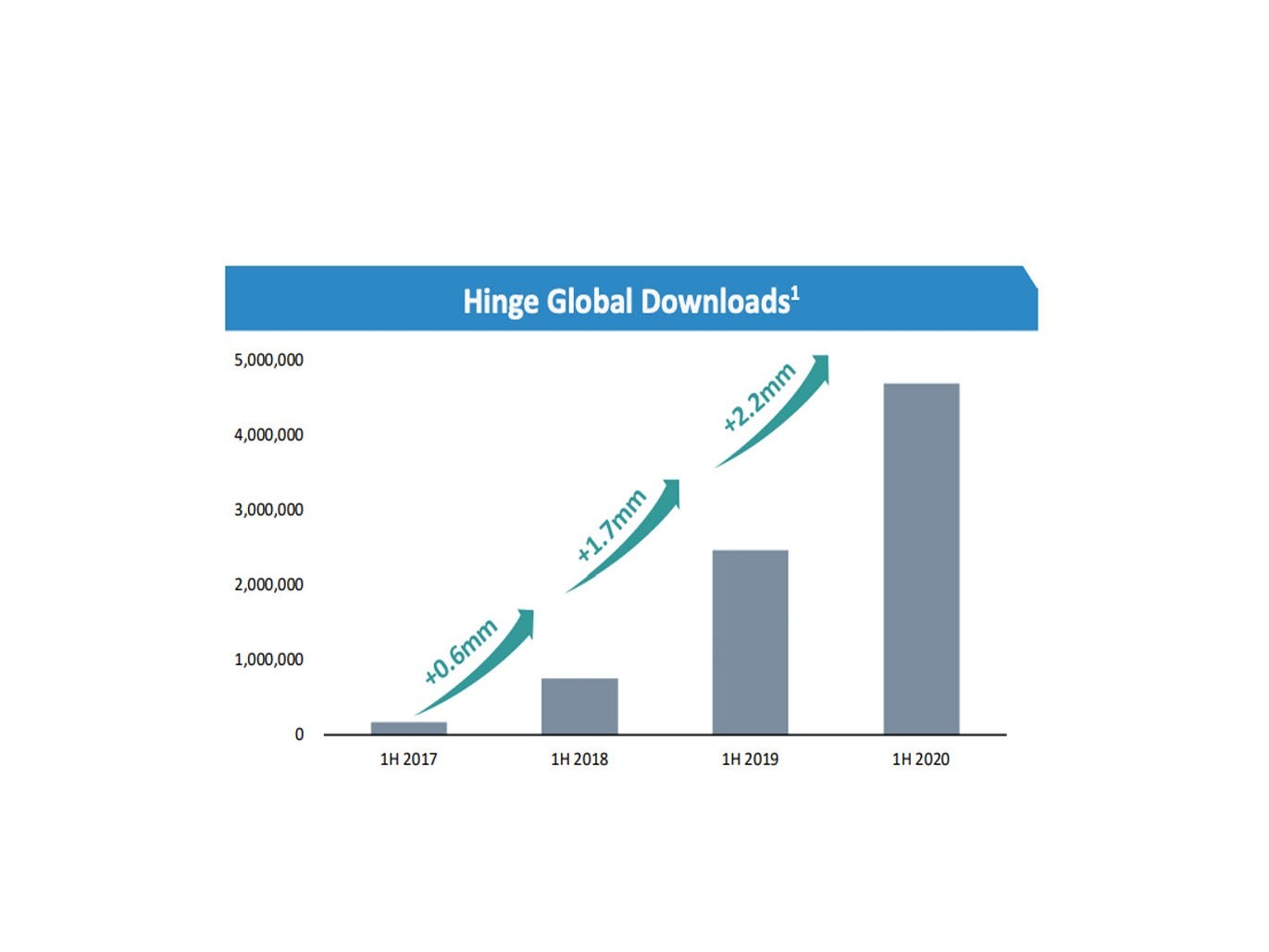 Despite these messages of caution, the goal of dating apps is to bring people together in real life, a potentially tough sell during a deadly pandemic. In May, Business Insider reported on dating app users trying to convince others to violate social distancing. 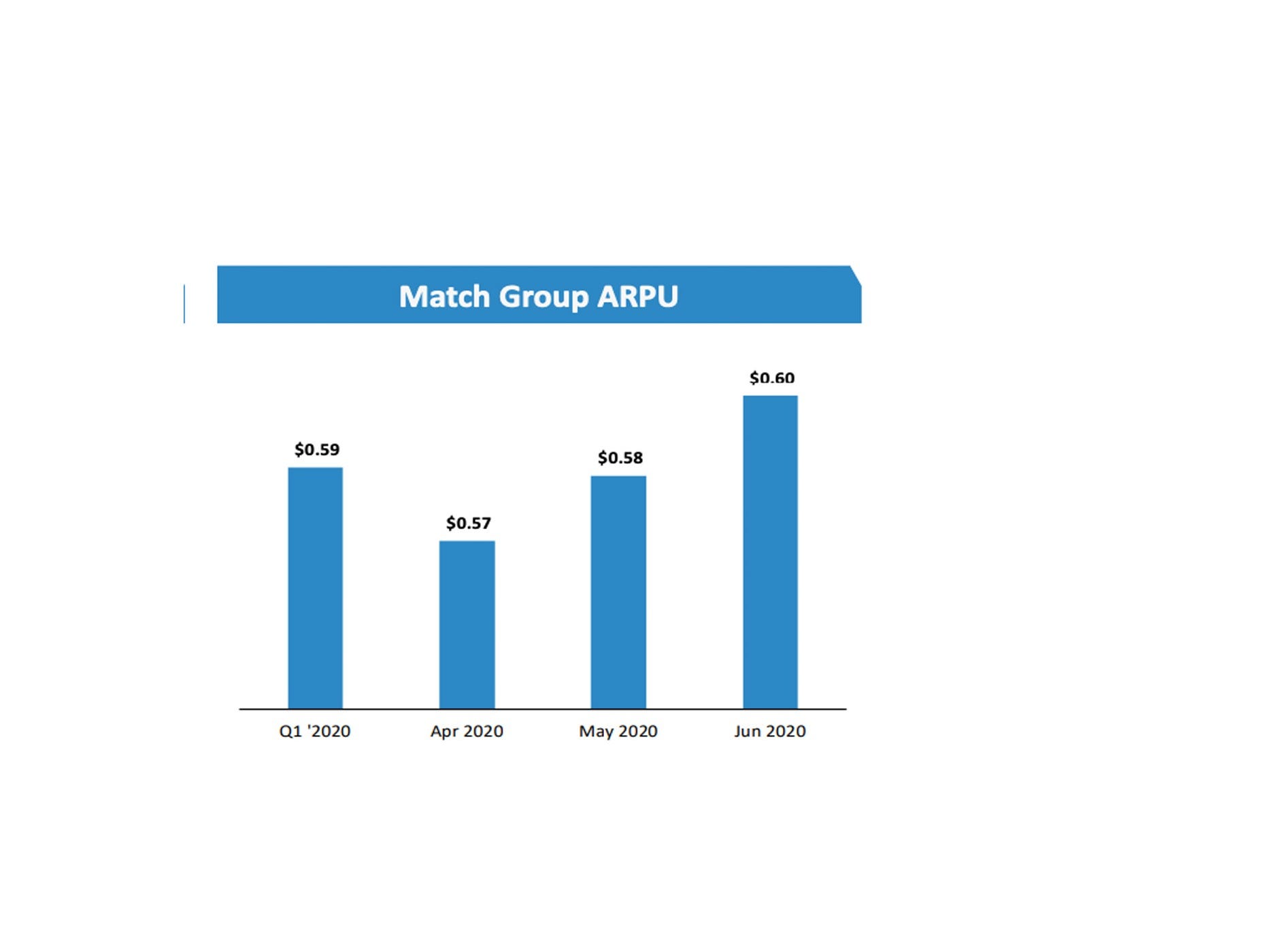 Possibly most surprising, and most promising for Match Group, average revenue per user (ARPU) rebounded and even surpassed pre-coronavirus levels. April was a low spot, but ARPU has steadily increased since, despite the economic crisis.

Match ended the quarter with 10 million subscribers, 6 million of which are Tinder users.