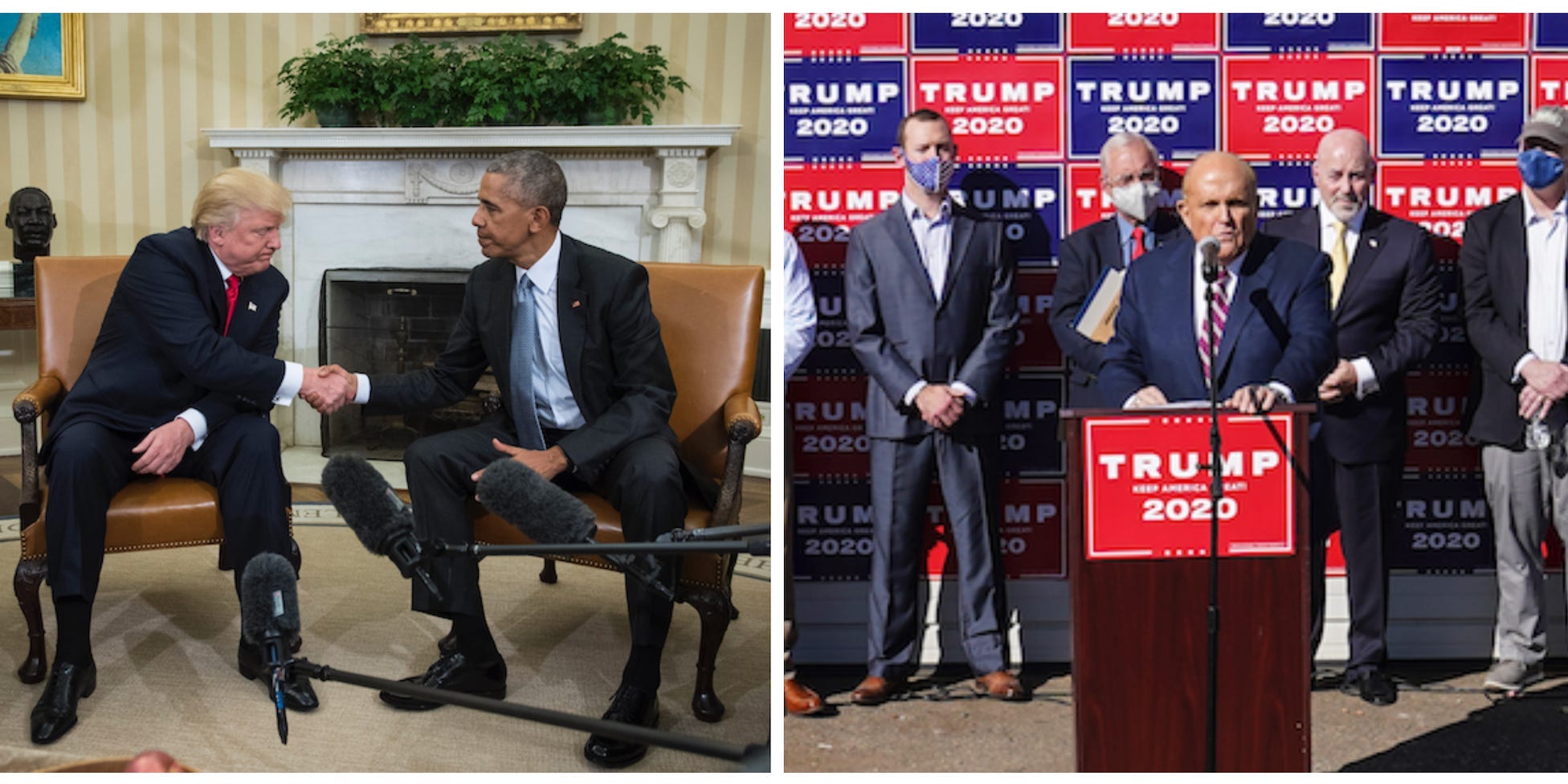 President Donald Trump’s continued refusal to concede his election loss to President-elect Joe Biden is complicating the traditional handover of the US presidency.

The process of Biden readying himself for power â€” despite opposition from Trump and his allies â€” is a stark contrast with how the Obama administration gave way when Trump won four years ago.

Business Insider has assembled a day-by-day comparison, dated from when the election was called by most of the US news media (Insider and its partner Decision Desk HQ called the 2020 election some 24 hours earlier than most): 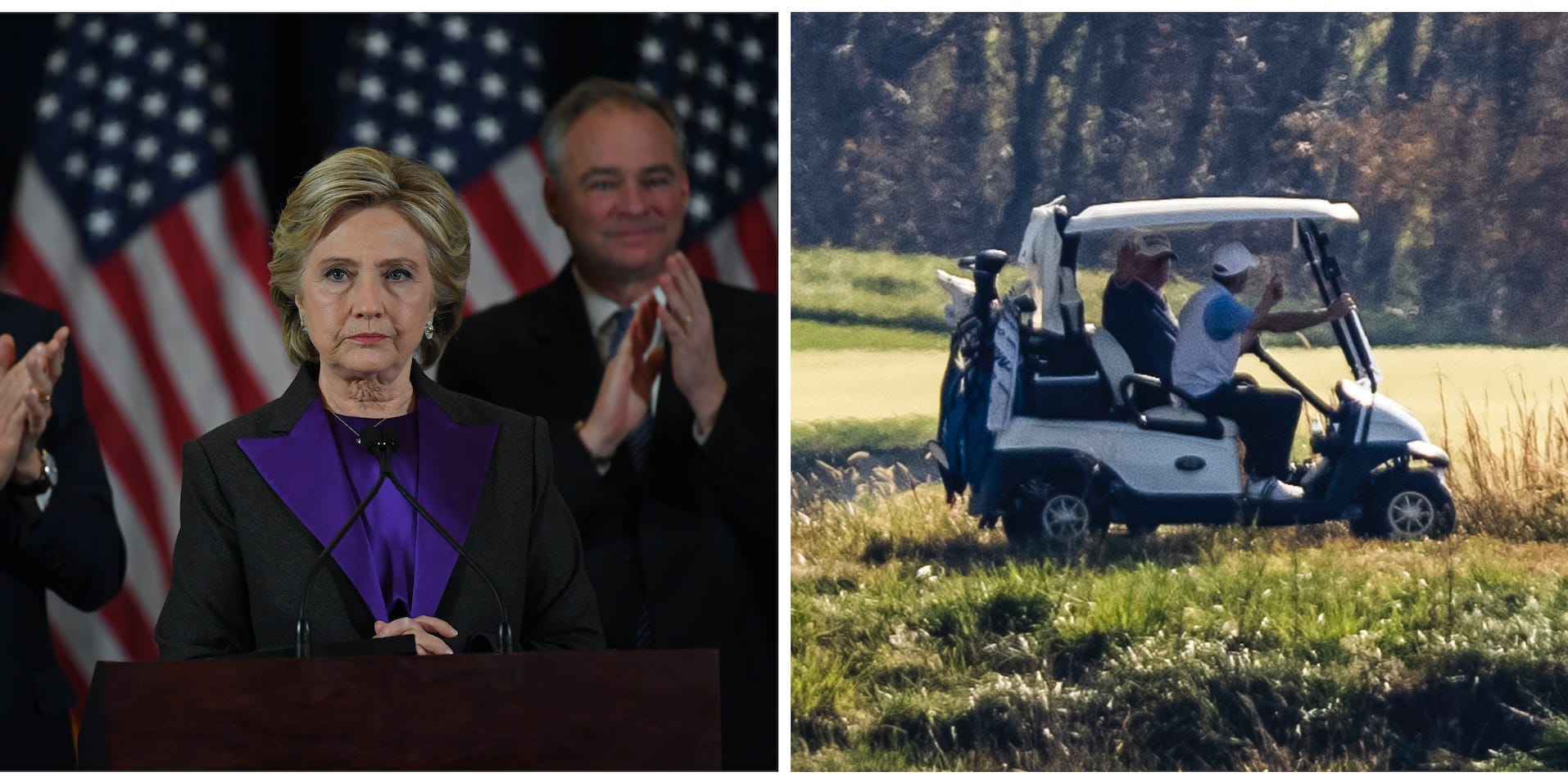 In 2016, Clinton called Trump at about 2:30 the morning after Election Day to concede his win, The Guardian reported.

That same day, the General Services Administration authorised the release of funds for the presidential transition, according to CBS News.

By lunchtime, Clinton had made her concession speech. Also that day, Defence Secretary Ash Carter gave the formal order for a peaceful transition of power, according to The Week.

In 2020, Trump was at a golf course as the major US networks called the race for Joe Biden.

At the same time, his personal lawyer Rudy Giuliani held a press conference in the parking lot of a landscaping business in Philadelphia, announcing the president’s intention to litigate over claims of voter fraud.

That evening, Trump tweeted: “I WON THIS ELECTION, BY A LOT!” 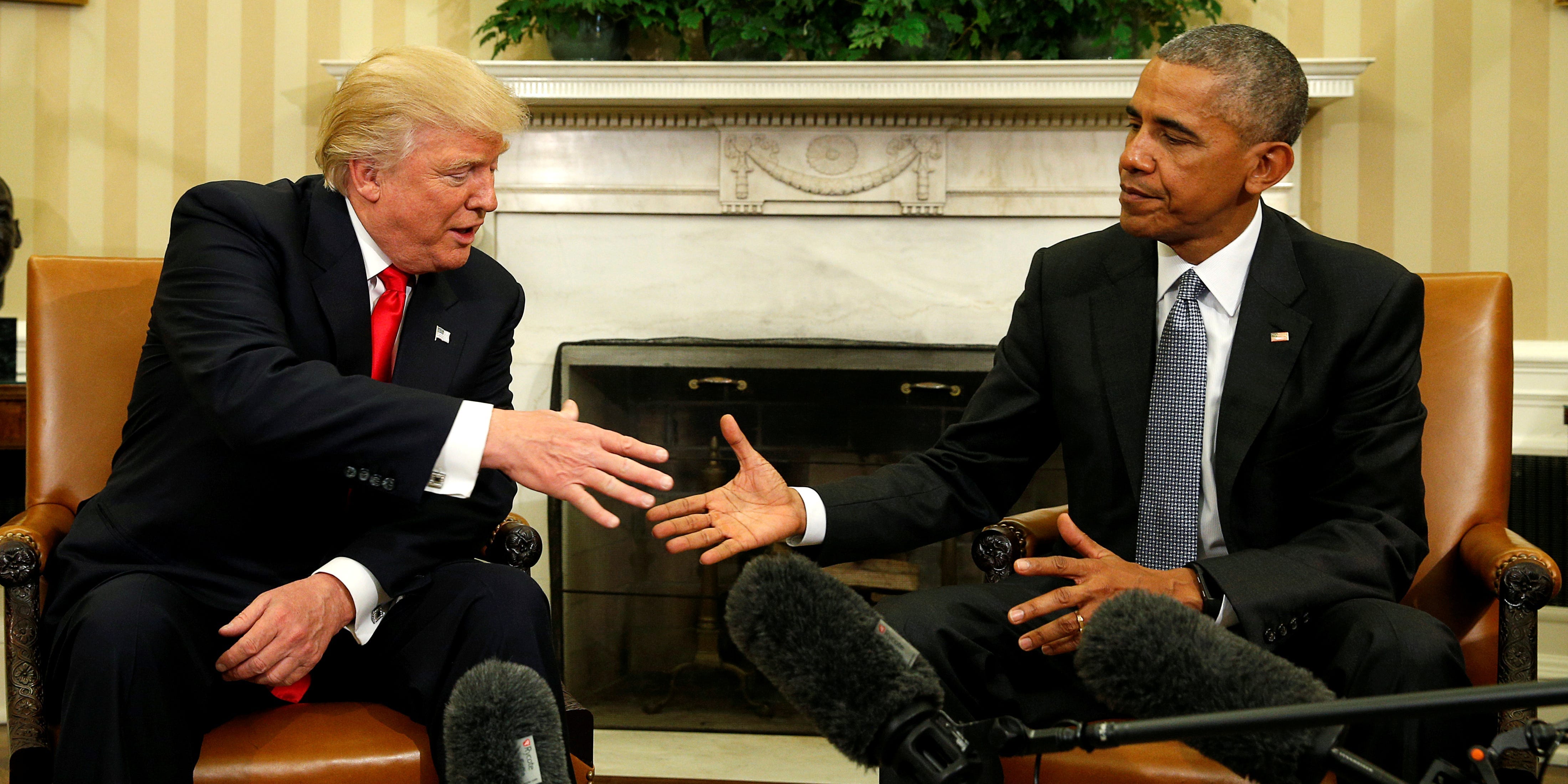 ReutersObama meeting Trump at the White House on November 10, 2016.

Trump and President Barack Obama took an hour and a half together in the Oval Office, The New York Times reported, and Obama shook Trump’s hand in front of cameras.

I just met with @VP-elect Pence at the @WhiteHouse to offer our support for a smooth, seamless transition of power: https://t.co/yKj1JyiOD3 pic.twitter.com/3bFdQjuQ6K

On November 8, 2020, the nonpartisan Centre for Presidential Transition released a statement urging Trump to let the transition proceed.

Instead, Republicans were soliciting calls to a fraud hotline set up by Trump, which was then flooded with prank calls.

That day Melania Trump made her first public statement in support of Trump’s fraud allegations, tweeting: “Every legal â€” not illegal â€” vote should be counted.” 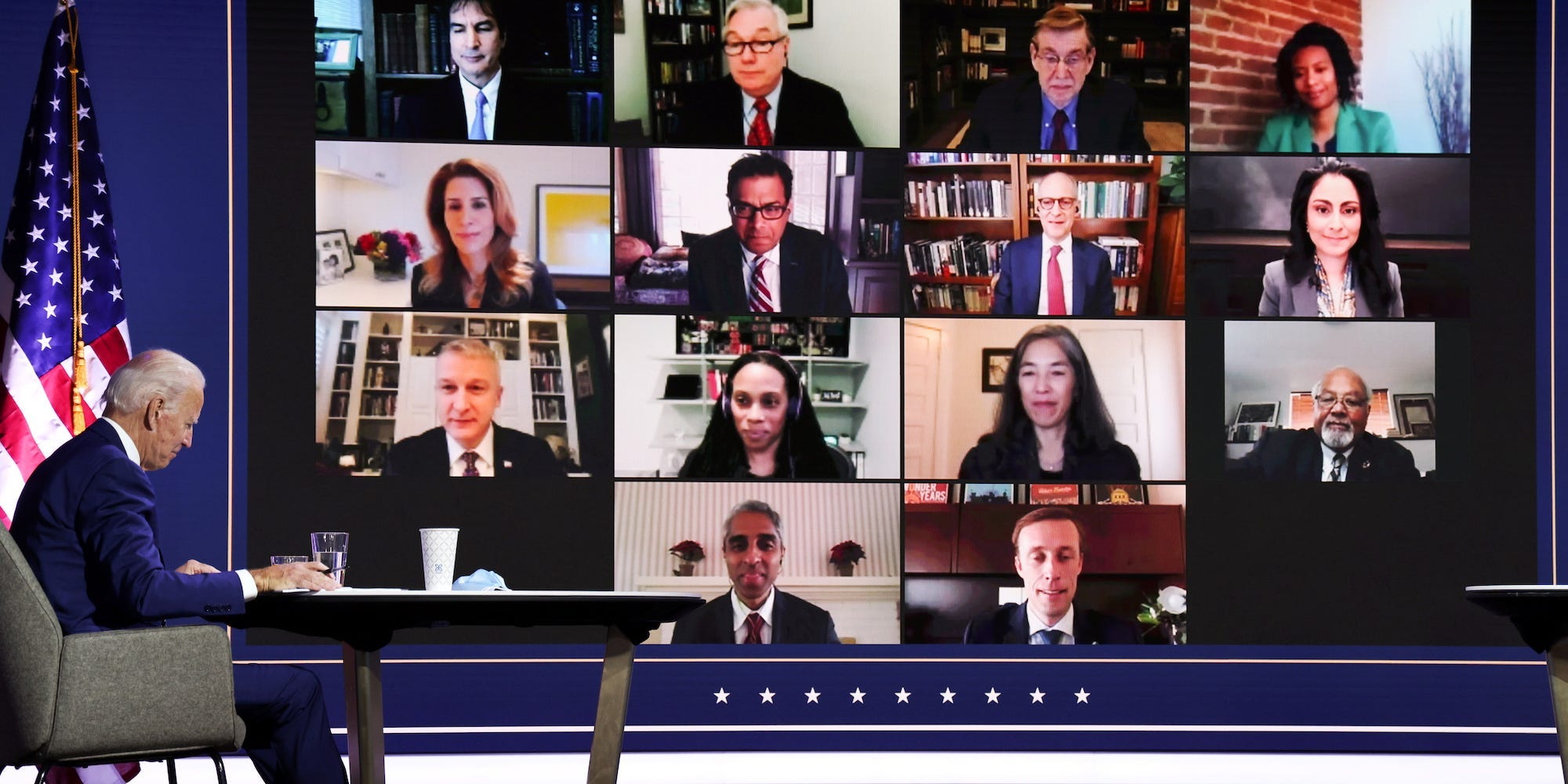 Jonathan Ernst/ReutersPresident-elect Joe Biden meeting virtually with members of his coronavirus advisory board in Delaware on November 9.

On November 11, 2016, details of Obama’s global farewell tour were announced, in which the president said he would be helping prepare allies to work with Trump, the Associated Press reported.

Three days after victory in 2020, without a concession from Trump, Biden met with and announced his coronavirus advisory board, designed to mark a break with Trump’s chaotic handling of the pandemic.

On Twitter, Trump continued to hype his claims of election fraud. He sent 25 tweets with links to right-wing media supporting him or rumours about the count in some states â€” many of which were flagged by the platform as disputed. 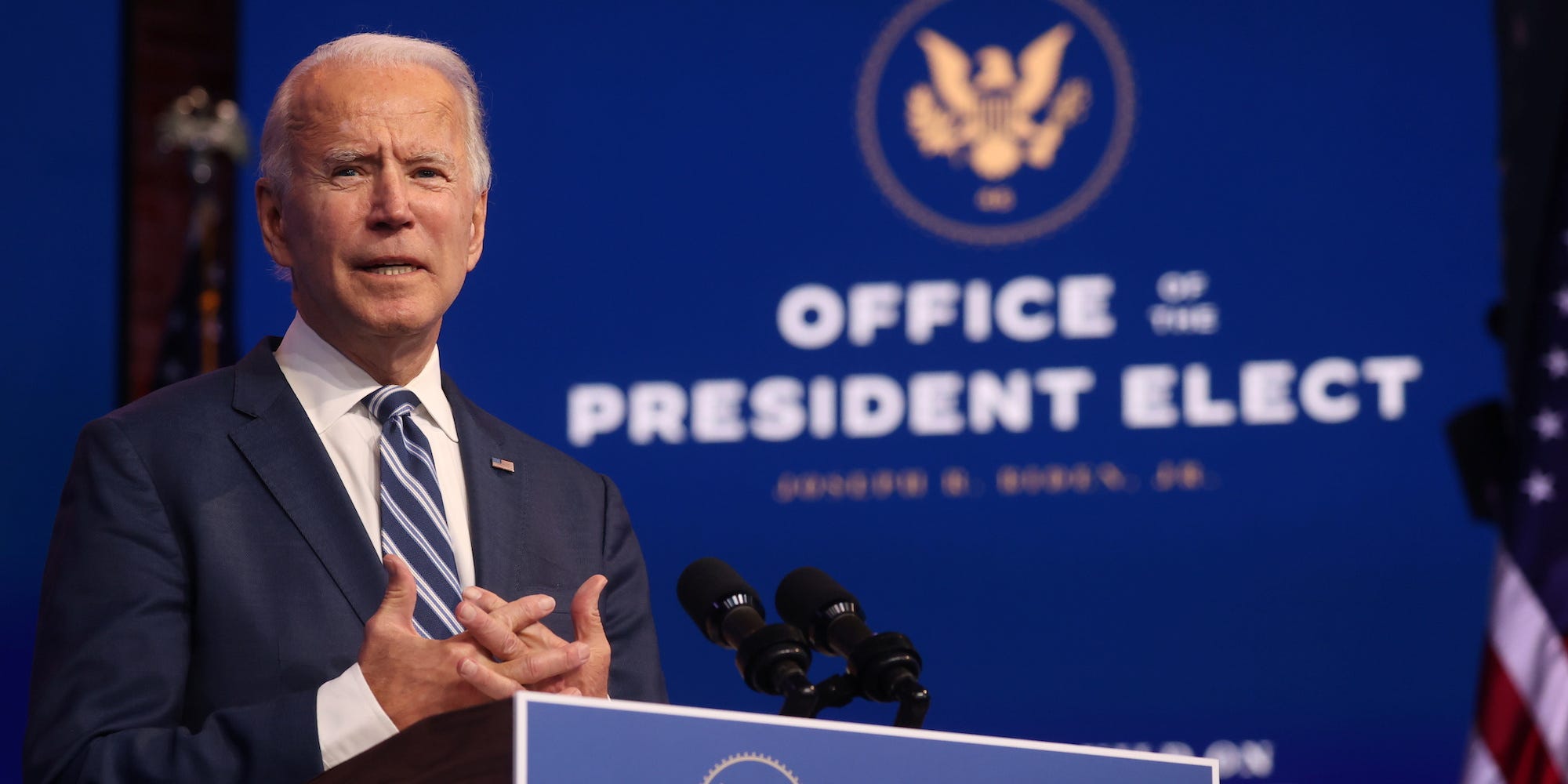 Jonathan Ernst/ReutersBiden discussing healthcare and the Affordable Care Act at the theatre serving as his transition headquarters in Wilmington, Delaware, on November 10.

On November 12, 2016, Trump named Chris Collins as the head of his transition team, Reuters reported.

His transition team also signalled to the New York Post that he planned to pull the US out of the Paris climate accords, reversing an Obama policy. (Biden has said he will cancel the US departure from the accords.)

In 2020, four days after the result, Trump’s administration was still holding up Biden’s progress.

Secretary of State Mike Pompeo joked in a press conference about preparing for a “second Trump administration,” for which he was later praised by the president.

But privately, Trump advisors told The Washington Post they were privately losing hope over the president’s plans to fight the result.

Biden addressed the lack of cooperation at a press conference, telling reporters in Delaware that he was moving ahead anyway: “We don’t see anything that’s slowing us down, quite frankly,” he said.

He called Trump’s refusal to concede “an embarrassment” but added: “it’s not of much consequence.”

CBS News/YouTubeTrump, then the president-elect, on ’60 Minutes’ in November 2016.

On November 13, 2016, Trump named Reince Priebus as his chief of staff and Steve Bannon as his chief strategist, The Guardian reported.

Trump’s interview with CBS’ “60 Minutes” aired, in which he shifted from his hardline position on the Affordable Care Act, moderating some of his campaign positions ahead of taking power.

At the same point in 2020, Trump continued to lob accusations. This time he attacked ABC News and The Washington Post, arguing that a joint Wisconsin poll they published purposefully understated his chances to discourage his supporters from voting.

There is no evidence for this. Trump added “we are now preparing to win the state.” In fact, Biden won the state, which Business Insider called on November 4. 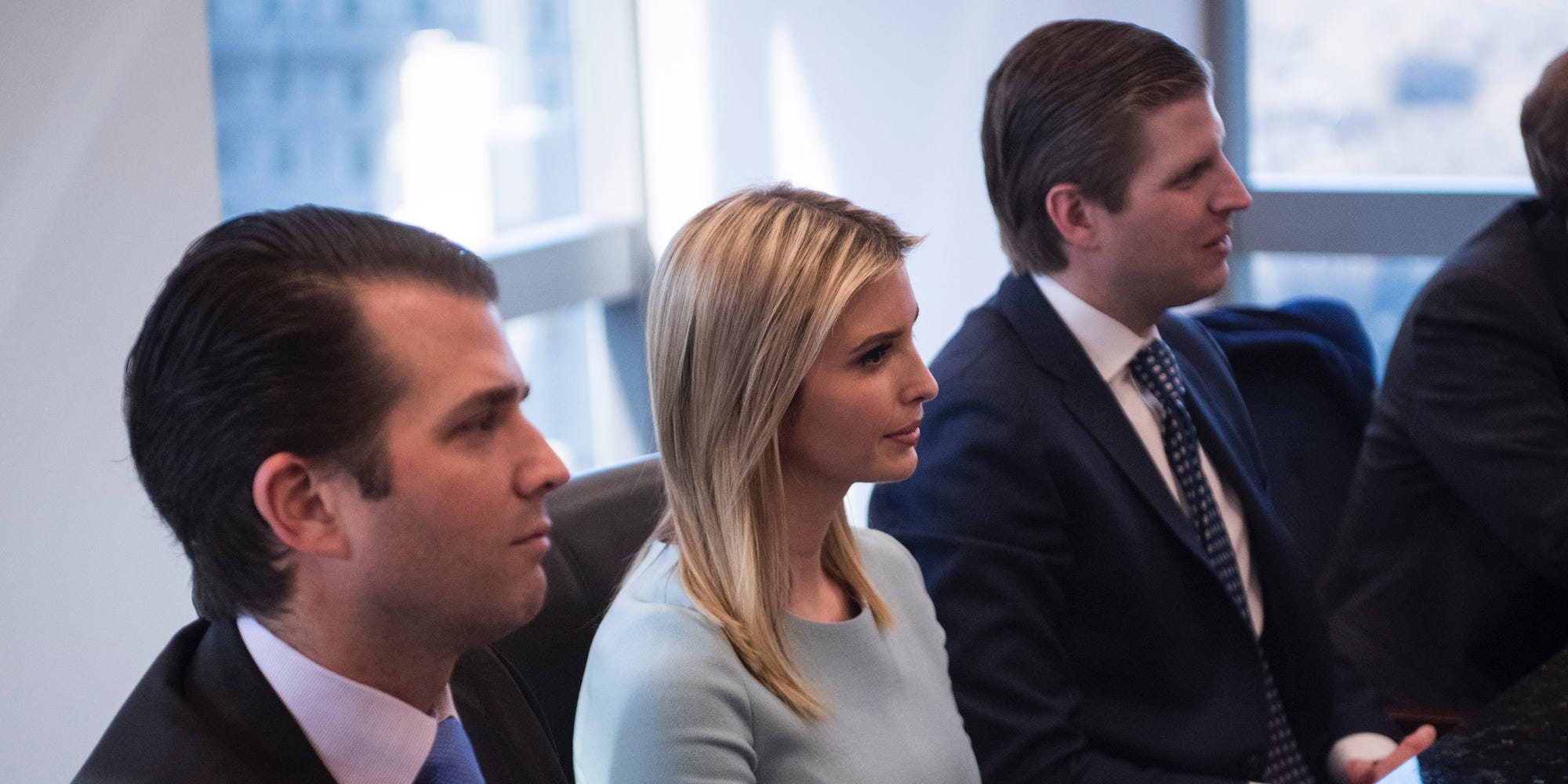 The move was rejected, but in 2018 he overruled his chief of staff to give the clearance to Ivanka and her husband, Jared Kushner.

At the same point in 2020, the State Department had still not given Biden access to congratulatory messages from world leaders,CNN reported.

The State Department traditionally handles such messages for the president-elect, but it refused to hand them over while Trump had not conceded his loss, the network reported. 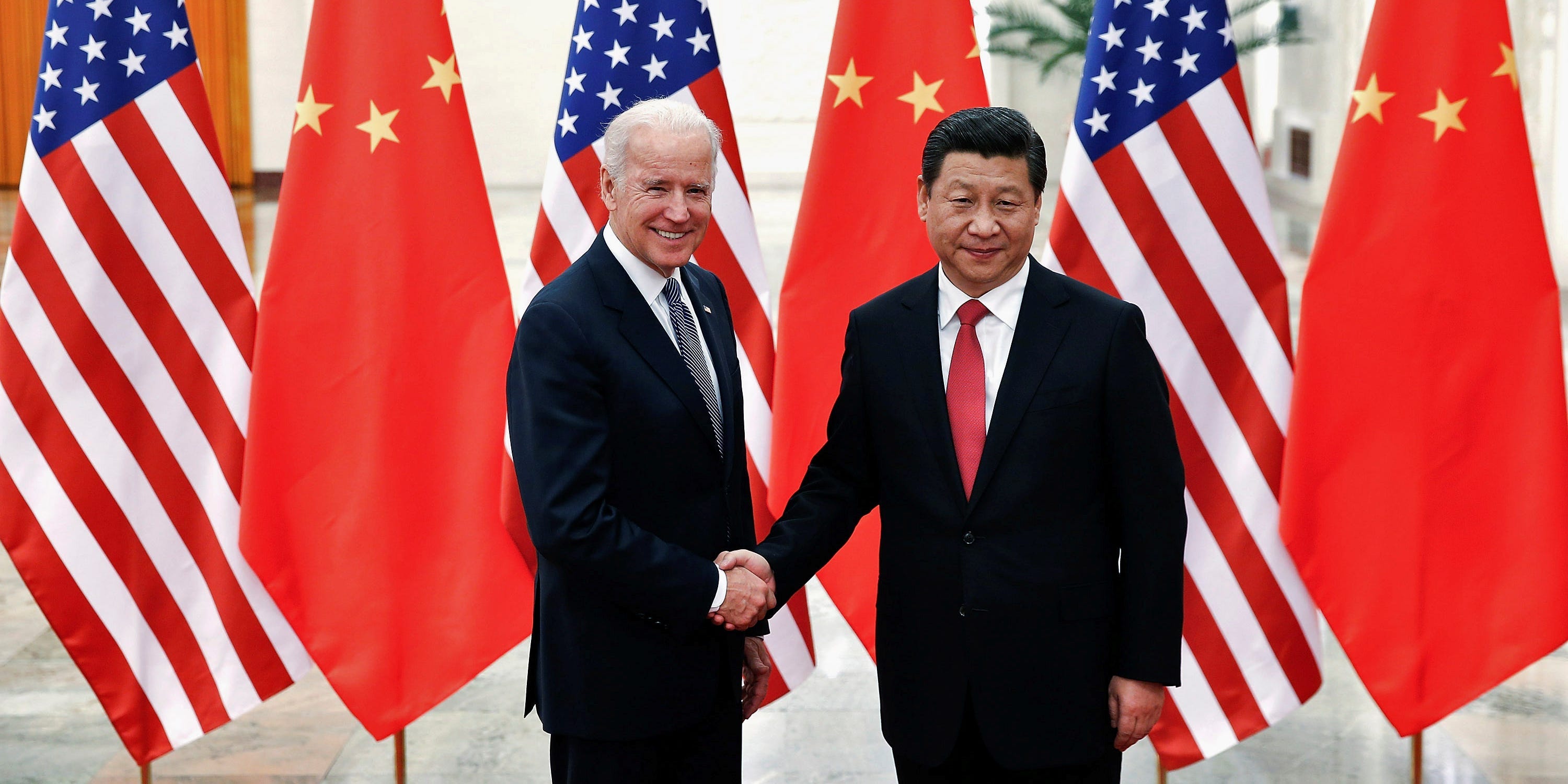 While presidential candidates receive intelligence briefings during their campaigns, this was the first time Trump accessed the Presidential Daily Brief â€” the highest level of security information.

It’s a key part of the ascent to power. The brief put the president-elect on the same information footing as the sitting president, telling him about international adversaries and security threats.

Seven days after Biden’s win was confirmed in 2020, he still did not have access to the briefings.

Despite the Trump administration’s refusal to acknowledge Biden’s victory, China officially did so. This left Russia as the only major world power not to accept the results. 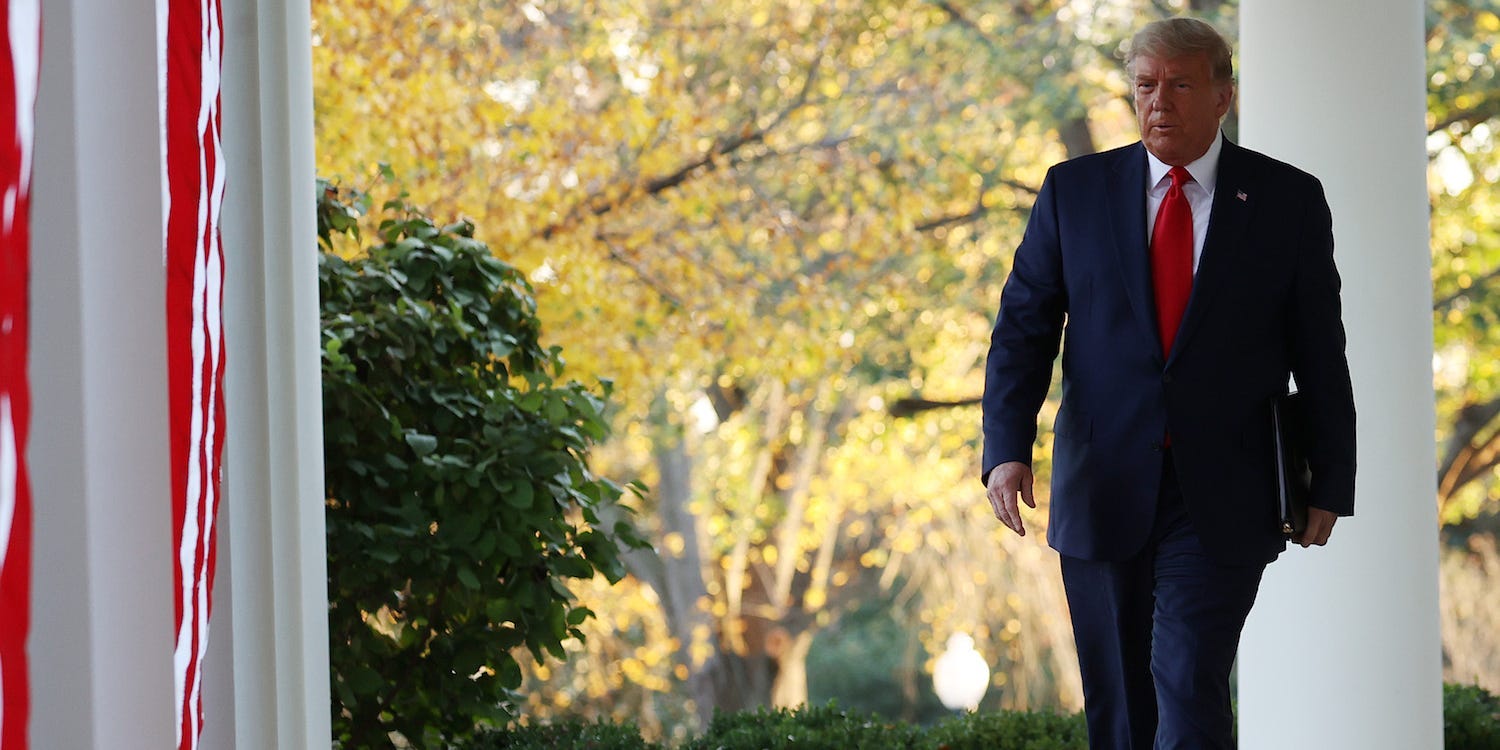 Tasos Katopodis/Getty ImagesTrump at the White House on November 13.

On November 16, 2016, Trump’s transition team announced it would require incoming officials to terminate their lobbying registrations and vow not to lobby again for five years after leaving the administration.

Pence, who had been elevated to transition chair, introduced these news measures.

At the same time in 2020, Biden’s legal team in Georgia announced it did not expect a hand recount of votes to change the November 3 election results, further solidifying his victory.

Biden became the first Democrat to win the state since Bill Clinton in 1992.

While speaking with reporters, Trump came close to acknowledging he lost the election, suggesting “time will tell” which administration would be in power next.

It was his first face-to-face meeting with a world leader as president-elect, according to The New York Times.

Reuters reported that Trump’s team prepped Abe by telling him not to take Trump’s incendiary campaign rhetoric too literally.

On the ninth day in 2020, under mounting pressure, Trump appeared to accidentally concede the election by tweeting that Biden “won because the Election was Rigged.”

He quickly recanted that, tweeting: “He only won in the eyes of the FAKE NEWS MEDIA. I concede NOTHING!” 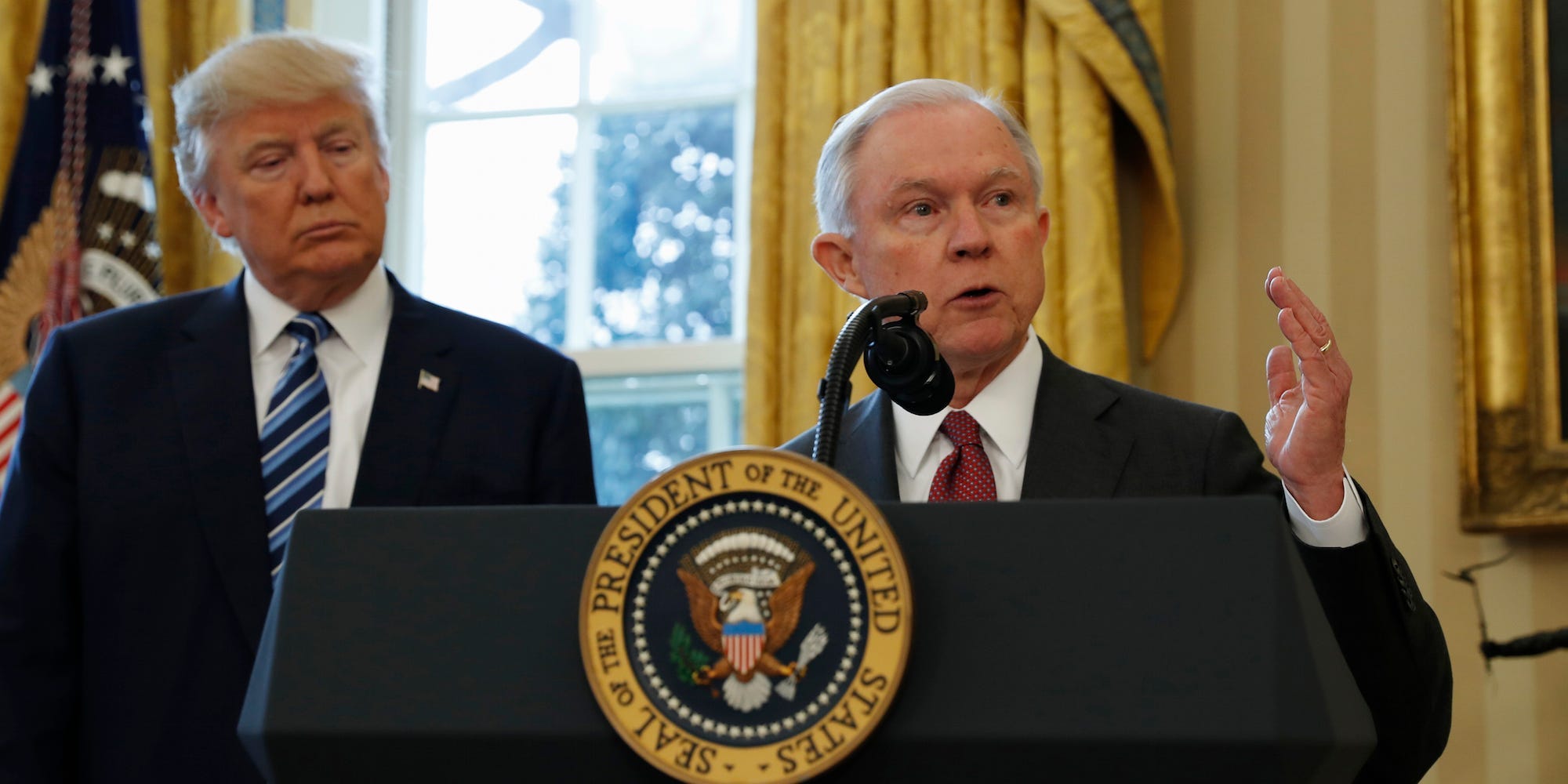 The 10th day after Trump was confirmed to have won the 2016 election â€” November 18 â€” he named Sessions as his pick for attorney general, CBS reported.

Their relationship later soured after Sessions recused himself from the FBI’s Russia investigation. Sessions was ousted by Trump in November 2018.

Trump actively campaigned against Sessions when Sessions ran unsuccessfully against Tommy Tuberville in the Republican primary in July for the US Senate seat in Alabama that Sessions vacated to become attorney general.

On Biden’s 10th day as president-elect, he changed tone to pressure Trump to enable the transition. Where he once said Trump’s stonewalling was not a problem, this time he warned that “more people may die” without a smooth handover because of the destruction being wrought by the coronavirus pandemic.

He announced plans for his scientific advisors to meet coronavirus vaccine manufacturers to discuss distribution anyway. 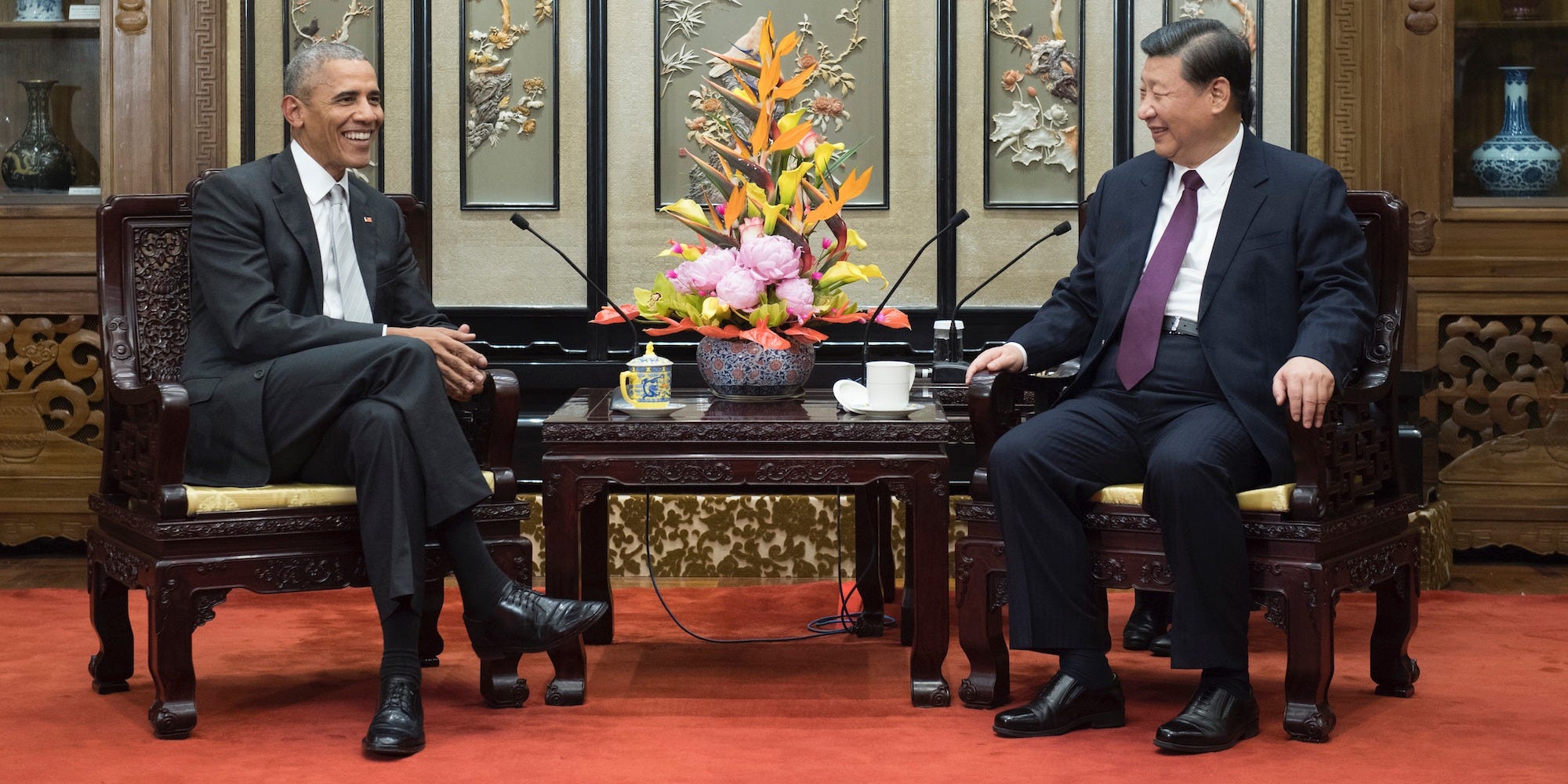 Xi called this a “hinge moment” for US-China relations and said he hoped the two countries could manage their differences, the AP reported. The following year, the US-China trade war began.

Trump was driving a Twitter feud with the cast of the Broadway show “Hamilton,” which had rebuked Pence as he sat in the audience the night before.

On Biden’s 11th day as president-elect, he and Harris were scheduled a national security briefing in Delaware. The blocked transition process, however, meant the meeting would be with former, not current, officials, as the Forbes reporter Andrew Solender confirmed.

Today, @KamalaHarris and I met with some of our country's most experienced national security experts to discuss the challenges facing our nation, our institutions, and the world. We're ready to tackle the challenges our administration will inherit on day one. pic.twitter.com/J6DLvnwgM4

Meanwhile, three major healthcare organisations wrote a joint letter urging Trump to give Biden access to coronavirus briefings, which they said would help “save countless lives.”

On November 20 2016, Trump held court at his New Jersey golf club with former Rudy Giuliani, Chris Christie, and Kris Kobach, according to the Associated Press.

The president had been vetting possibilities for his cabinet, with Giuliani a prospect for secretary of state. The day before he had met Mitt Romney as a possible candidate for the job,The Washington Post reported.

Just over four years later â€” the 12th day after the election was called â€” Biden was still barred from top-level information on the spiralling coronavirus pandemic, which by November 18 had killed more than 248,000 Americans. 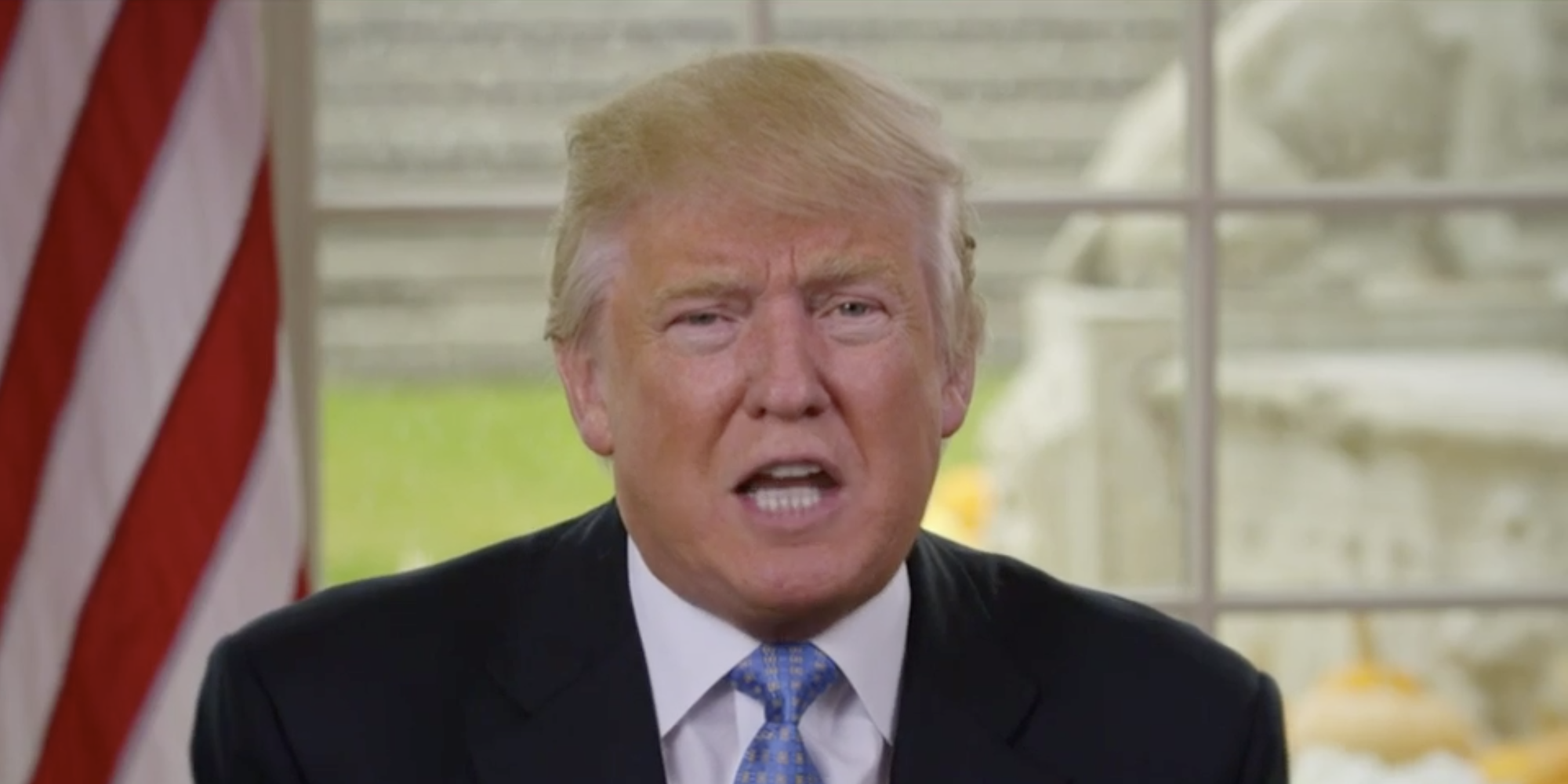 In a video released on November 21 2016, Trump said that he would pull the US from the Trans-Pacific Partnership trade deal on his first day in office, calling it a “potential disaster for our country,” according to The Week.

He followed through on the promise on January 23, 2017, torpedoing the proposed agreement, which involved 12 countries.

On the equivalent day in 2020 â€” November 19 â€” an expert in presidential transition periods warned that Biden’s time to prepare effectively for the presidency is running out. “A transition is only 78 days to replace a large number of senior staff all across the government,” Kathryn Dunn Tenpas, a senior research director for the White House Transition Project,told CBS.

(Her count started from Election Day, not the day Biden’s win was widely called.) “Now we’re down to a little over 60 days to do this work, and there’s still no end in sight,” she said. “Every day that is lost is precious time,” she added.