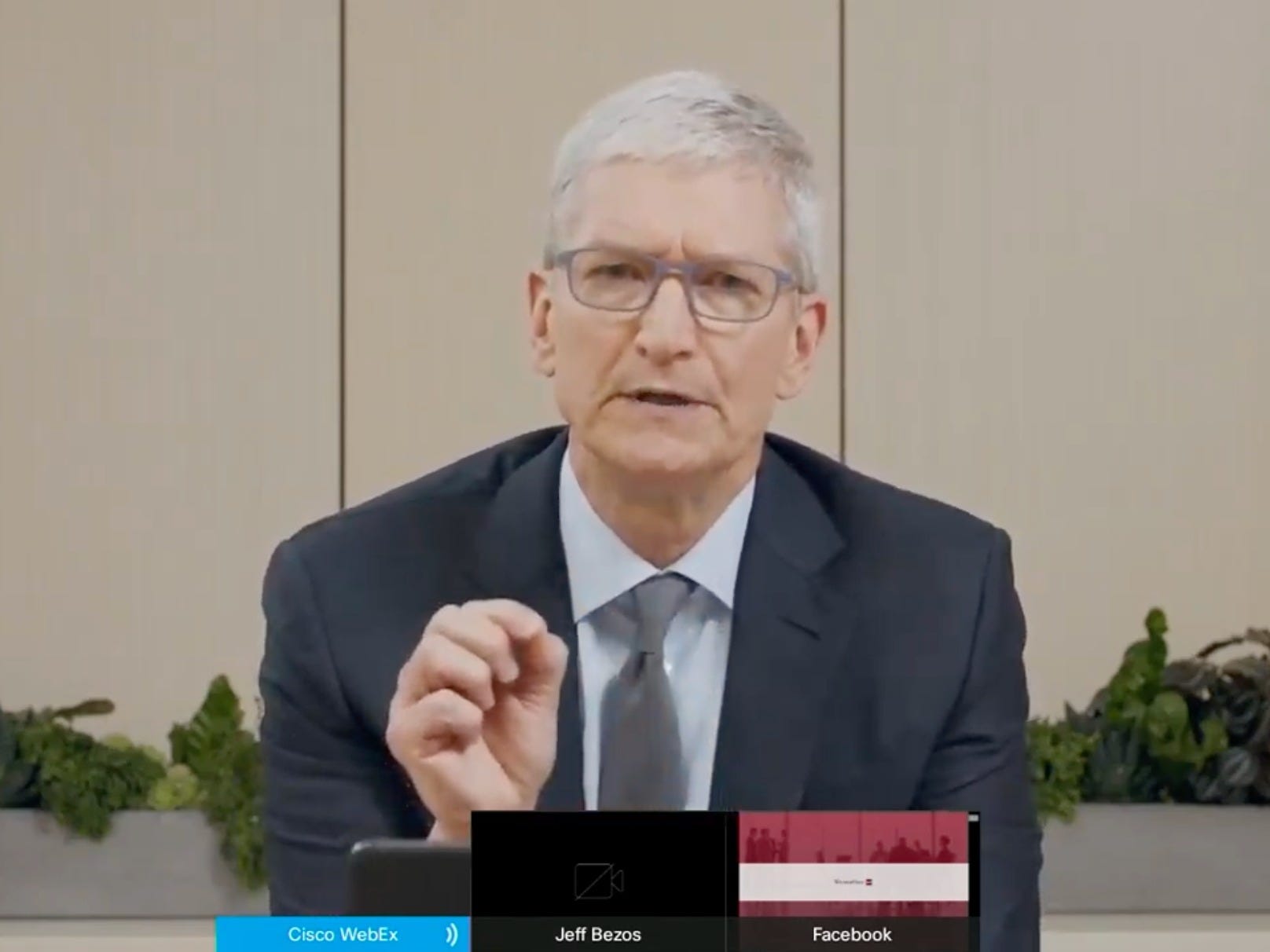 Cook appeared before Congress alongside Google CEO Sundar Pichai, Amazon CEO Jeff Bezos, and Facebook CEO Mark Zuckerberg, with the four answering questions on the ways their firms may be stifling the competition.

During the hearing, Rep. Hank Johnson led an attack on Cook on Apple’s App Store policies.

“With over 100 million iPhone users in the United States alone and with Apple’s ownership of the App Store giving Apple the ability to control which apps are allowed to be marketed to Apple users you wield immense power over small businesses to grow and prosper,” said Johnson.

Johnson said the committee had heard from app developers that Apple abuses its power.

“Throughout our investigation we have heard concerns that rules governing the App Store review process are not available to app developers, the rules are made up as you go, they are arbitrarily interpreted and enforced, and are subject to change whenever Apple sees fit to change. And developers have no choice but to go along with the changes or they must leave the App Store. That’s an enormous amount of power,” Johnson continued.

Cook denied the rules were inconsistently applied, saying: “We treat every developer the same. We have open and transparent rules, it’s a rigorous process. Because we care so deeply about privacy and security and quality we do look at every app before it goes on. But those rules apply evenly to everyone.”

Johnson picked up on a particular App Store policy which has been fiercely attacked by app developers – the commission Apple charges on in-app purchases.

Apple doesn’t take any commission on sales of apps through the App Store, but if an iOS app wants to charge users inside its app (e.g. if it wants to sign people up for subscriptions) it is required to use Apple’s payment system Apple Pay, which takes a 15% or 30% commission on each payment.

Johnson asked whether Apple allows some apps more leeway than others in negotiating how much commission they pay.

“Apple has negotiated exceptions to its typical 30% commission for some apps like Amazon Prime. Is a reduced commission such as the one that Amazon Prime gets available to other app developers?” he asked.

“It’s available to anyone meeting the conditions, yes,” Cook answered.

He added later that 84% of apps pay no commission to Apple – although he did not clarify whether these apps have in-app payments.

You can watch the full back-and-forth between Johnson and Cook here:

Internal Apple documents unearthed by the committee’s investigation revealed the company toyed in the past with upping its commission.

“For recurring subscriptions we should ask for 40% of the first year,” Apple executive Eddy Cue wrote in an 2011 email. “I think we may be leaving money on the table if we just asked for about 30%,” he added.

Documents from the Hearing on “Online Platforms and Market Power: Examining the Dominance of Amazon, Apple, Facebook and Google" pic.twitter.com/42o2Ye13jI

This comes just as Apple is under fresh attack from developers

Apple’s 30% commission has come under intense fire from developers over the last 12 months.

Spotify filed a complaint with the EU in 2019 saying the charge allows Apple to artificially inflate prices while launching its own competing apps like its music-stream service Apple Music. Last month the EU announced it was launching an antitrust investigation into the App Store based on Spotify’s complaint.

Apple also got into a firefight with developers in June after it rejected an iOS update for new subscription email service Hey. Hey’s app deliberately didn’t include a sign-up portal to the subscription service in its iOS app, so that it wouldn’t have to pay the commission.

In the last 48 hours, more large developers have raised their voices against Apple.

Airbnb and ClassPass objected that since bringing some of their services online due to the pandemic, offering virtual experiences, Apple demanded they pay the commission fee on these new digital offerings, according to the New York Times.

Encrypted messaging app Telegram also filed a complaint with the EU against Apple on Wednesday. The company said Apple blocked it from launching a gaming platform in 2016, forcing it to abandon the project or else face getting kicked off App Store.

During the hearing, Rep. Johnson asked whether Apple has ever retaliated against developers for publicly criticising its policies. “We do not retaliate or bully people, it’s strongly against our company culture,” Cook responded.