Tim Bucher — a serial entrepreneur who has also worked directly with Steve Jobs, Bill Gates, and Michael Dell — thinks we need a better way to manage and share our massive, unruly collections of photos.

Enter Lyve, an app that allows you to access your entire life’s worth of photos in one neat timeline, no matter where they’re stored.

You can download the free hardware-agnostic app on your Android phone, iPhone, Amazon device, Mac, PC or (as of this week) Chromecast, and it will automatically collect and sort an unlimited number of your photos. The new Chromecast app lets multiple people with Lyve “social cast,” or send a playlist of photos from different devices to your TV in one stream.

You’ll never miss an opportunity to show off your memories, because you can access any of your photos anytime.

Lyve can offer its app for free because it only hosts mobile-optimised versions of your photos, while the originals remain on their devices. The company also offers a hardware solution: the $US299 Lyve Home, which has 2 terabytes of storage, offers enough room for 6 million photos and months’ worth of videos.

Bucher tells Business Insider that he realised the crucial need for better photo storage and syncing when he attended the Grammy Awards with his kids. He noticed they were deleting a bunch of photos they had snapped from the Red Carpet, telling him they “needed to make room for Bruno Mars.”

Bucher started his Silicon Valley career as the engineering director at Steve Jobs’ NeXT Computer, and later became Apple’s SVP of Macintosh engineering.

Here’s how your photos look in Lyve’s app:

Here’s a look at the Lyve Home: 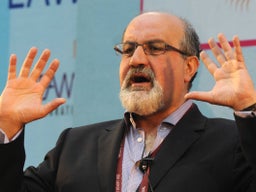