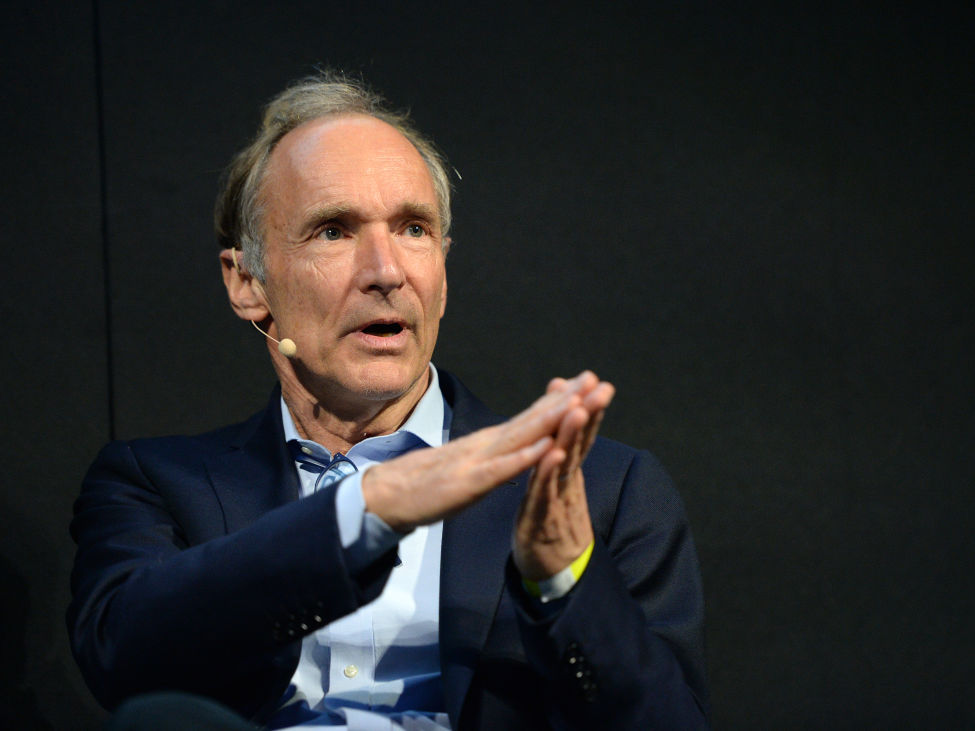 Sir Tim Berners-Lee, who invented the World Wide Web, is on a mission to redesign it.

On Monday, Inrupt, cofounded by Berners-Lee, announced it was a step closer to realising his ambition of building a more decentralized internet.

Inrupt announced that it was releasing its first enterprise-ready version of its data platform Solid, and it already has some major clients, including the BBC, NatWest Bank, the UK’s National Health Service, and the Flanders Government.

In a blog post Berners-Lee called the announcement a “huge milestone,” adding that he hopes Solid getting out into the world will “drive groundbreaking new opportunities that not only restore trust in data but also enhance our lives.”

In 2018, Berners-Lee announced his intention to help build a fairer, more decentralized internet using an open-source project he was working on, called Solid.

When Berners-Lee announced the launch of Solid in 2018, he simultaneously announced the creation of a company to go with it, called Inrupt. Since then, Inrupt has grown to a team of 29 developers, CEO John Bruce told Business Insider, and is working with both contracted partners and the open-source community to get Solid ready to ship.

In an interview with Business Insider, Berners-Lee said that the web, as it currently exists, fragments our data into “social network silos,” over which individual users have very little power.

“They’re not really webbing, they’re not connecting together as peers,” he said.

In his blog post, Berners-Lee said these “silos” are ripe for exploitation, “leading to increasing, very reasonable, public scepticism about how personal data is being misused.”

Berners-Lee hopes that Inrupt can help serve consumers who are used to having their personal data hoovered up and occasionally mishandled by Big Tech companies like Facebook.

Personal data bundled up into “pods”

“Every now and again some big social network drops a bunch of private data on the floor,” said Berners-Lee. “[People] have assumed in the past that ‘well, we have to use these big social networks because there’s no other way the world works,’ but that is getting challenged on a whole lot of fronts,” he added.

The goal of Solid isn’t to lock up people’s data where social media giants can’t find it. Instead, the idea is to make it much easier for individuals to control where their data can go, using various personalised hubs it calls “pods.”

“It’s not just about privacy, it’s actually about enablement. About a year ago a lot of people were writing in the business press about privacy and imagining that the user’s desire is to hoard […] But when they get into Solid then really the empowering thing is about being able to use their data,” he said.

For the near future though, Solid’s use case is more to do with system architecture, giving clients a better way to join together data they already possess.

Inrupt CEO John Bruce used the NHS as a possible example, saying the Solid platform would allow the service to collect bits of health data about a patient in one accessible place.

“They take pieces of data about you and write it into your pod, your storage area. So now when you go visit your doctor, you can take it all with you and you can say, look, there’s everything about me, a holistic view of my health experience. And now they can make a better diagnoses,” Bruce told Business Insider.

The partnerships with the NHS and other organisations are still early days and quite small scale, Bruce said. The aim is to nail the applications for now, rather than pursue bigger projects.

“I don’t think overmuch about ‘wow how are we going to build a huge, scaleable business here.’ It’s much more about how do we really get after this, and deliver the kind of promise that we believe we can, make these use cases fly, be really successful, and we’ll figure all the rest out,” he said.