This TikToker can flawlessly mimic the voices of famous singers like Ariana Grande, Billie Eilish, and Lorde, and she shows you exactly how she does it 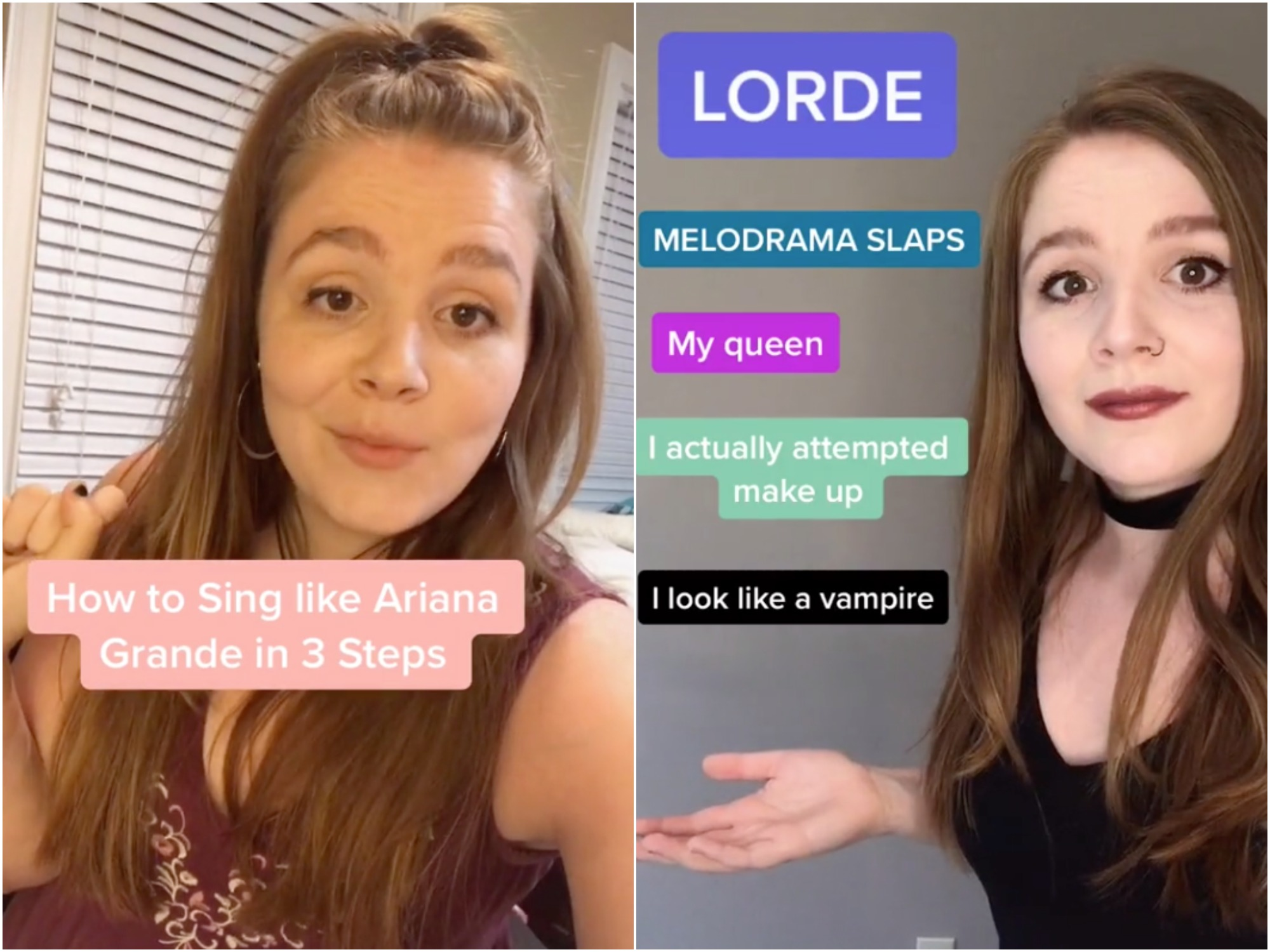 Kim Camacho / TikTokKim Camacho can mimic some of the world’s most famous voices.

Singer and Actor Kim Camacho has shown how to mimic the voices of some of the most famous female popstars on Earth in a TikTok series.

So far, Camacho has shown how a few adjustments and vocal techniques can make her voice sound just like Ariana Grande, Celine Dion, Billie Eilish, and Lorde.

She told Buzzfeed she breaks down the tutorials into three simple steps so people can give it a go at home.

For example, here’s her advice for copying Ariana Grande – it might be hard to understand for someone who isn’t familiar with the technical side of singing, but it’s fun to see how Camacho manipulates her voice either way.

Step 1: Sing in falsetto head voice, swallow it, and place it in the back of your throat.

Step 2: Minimise your pronunciation of consonants.

Step 3: Take your favourite riff with notes going up and end it with a pulse, throwing your voice upwards.

Camacho told Buzzfeed all the impressions take time, and she has learned the techniques through countless vocal lessons.

She also said everyone’s version will differ because no two voices are the same.

“The way I modify my voice to sound like Celine Dion may be different than someone else whose voice is lower or higher than mine,” she said.

In all her videos, Camacho makes it clear she’s not throwing any hate towards these singers because she loves them all. She also admits when she won’t reach the level of some of the singers with the strongest voices, like Celine Dion.

“Celine is the queen I will never measure up to her,” she said in the caption of one video.

Camacho is now working on a Judy Garland impression, she told Buzzfeed.

“They’re a great distraction right now and hopefully entertaining for those watching,” she said.

“I want it to remain fun and positive. I’m an actor and writer first and right now the arts are hurting, like a lot of other organisations. Any support for the arts is highly appreciated and needed.”