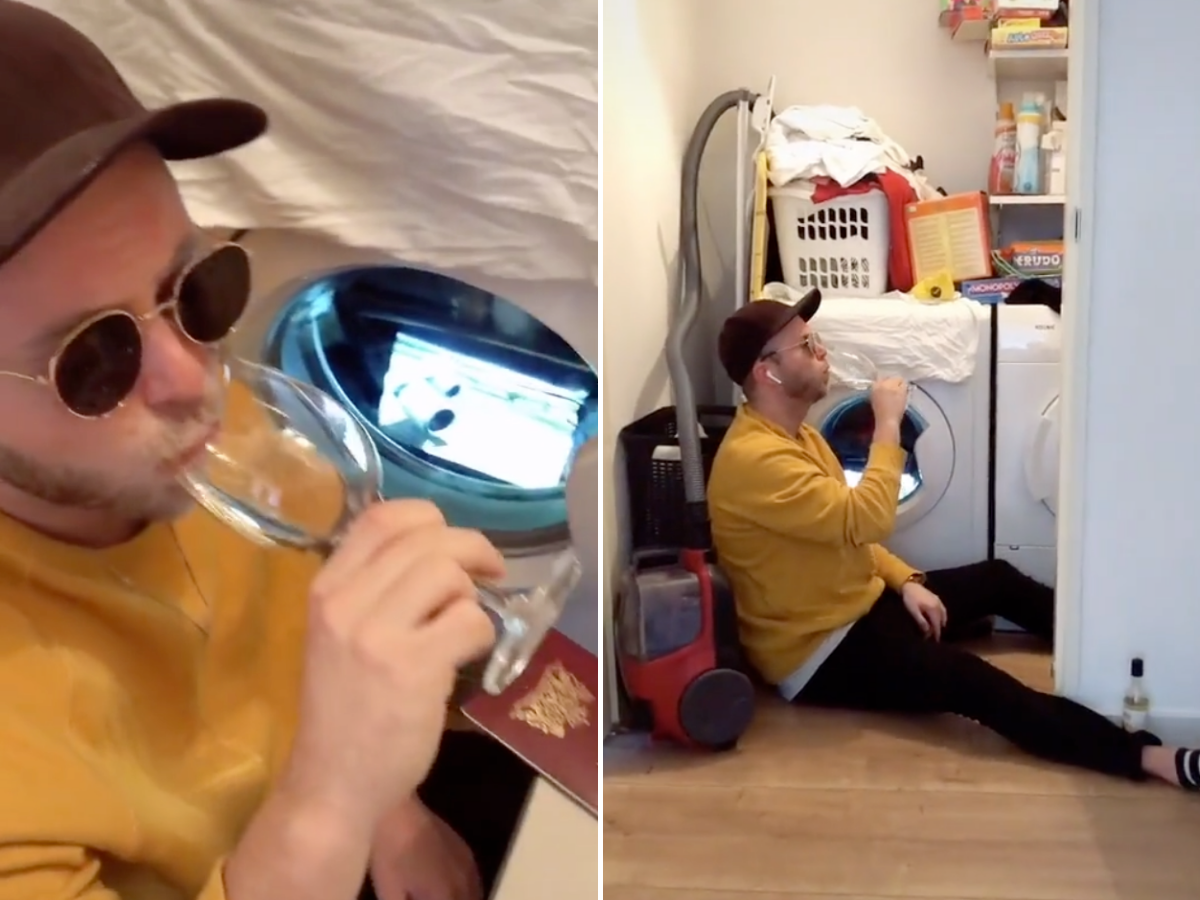 jeroengortworst/TikTokStuck in lockdown, one man decided to turn his laundry room into a first-class aeroplane experience.

Minimal legroom, tiny tray tables, and cramped quarters have quickly become a missed experience for many during this quarantine.

As nonessential travel has become nonexistent and millions of people stay at home, people are finding creative ways to feel like they’re back on a plane and in a new destination.

Jeroen Gortworst recreated an aeroplane experience in his laundry room in Rotterdam, Netherlands.

With the help of his boyfriend, the video zooms in on what initially looked like the view from an aeroplane window.

But really, it was a computer screen inside a washing machine, creating a window-like appearance. As the camera zooms out, viewers see a fake tray table, passport, and a glass of wine.

In the background, the aeroplane captain prepares the cabin for departure, and Enya’s “Only Time” song plays.

“For the last two or three weeks, I saw there was a trend where people were virtually travelling,” Gortworst told Insider.

Gortworst wanted to create his own after seeing fake travel videos trending on TikTok.

He found a random video on YouTube of a plane flying into the Princess Juliana International Airport in Sint Maarten, an island in the Caribbean.

After posting the video, it was picked up by a Sint Maarten tourism Facebook page, where it went viral. It has already been viewed 32 million times at the time of writing.

“I woke up, and I had so many messages and they were all from Sint Maarten,” the 27-year-old said. “My phone, it just was not stopping.”

Gortworst said it feels good to make people laugh in these challenging times.

“We got so many messages like, ‘Thanks for making my day. These are pretty sad times and this is what we need right now,'” he said. “We got all sorts of messages and all of them were positive.”

Gortworst’s video has inspired hundreds of others to recreate the scene.

Some people add their own twist, like a travel pillow and eye mask.

Even dogs have participated in the trend.