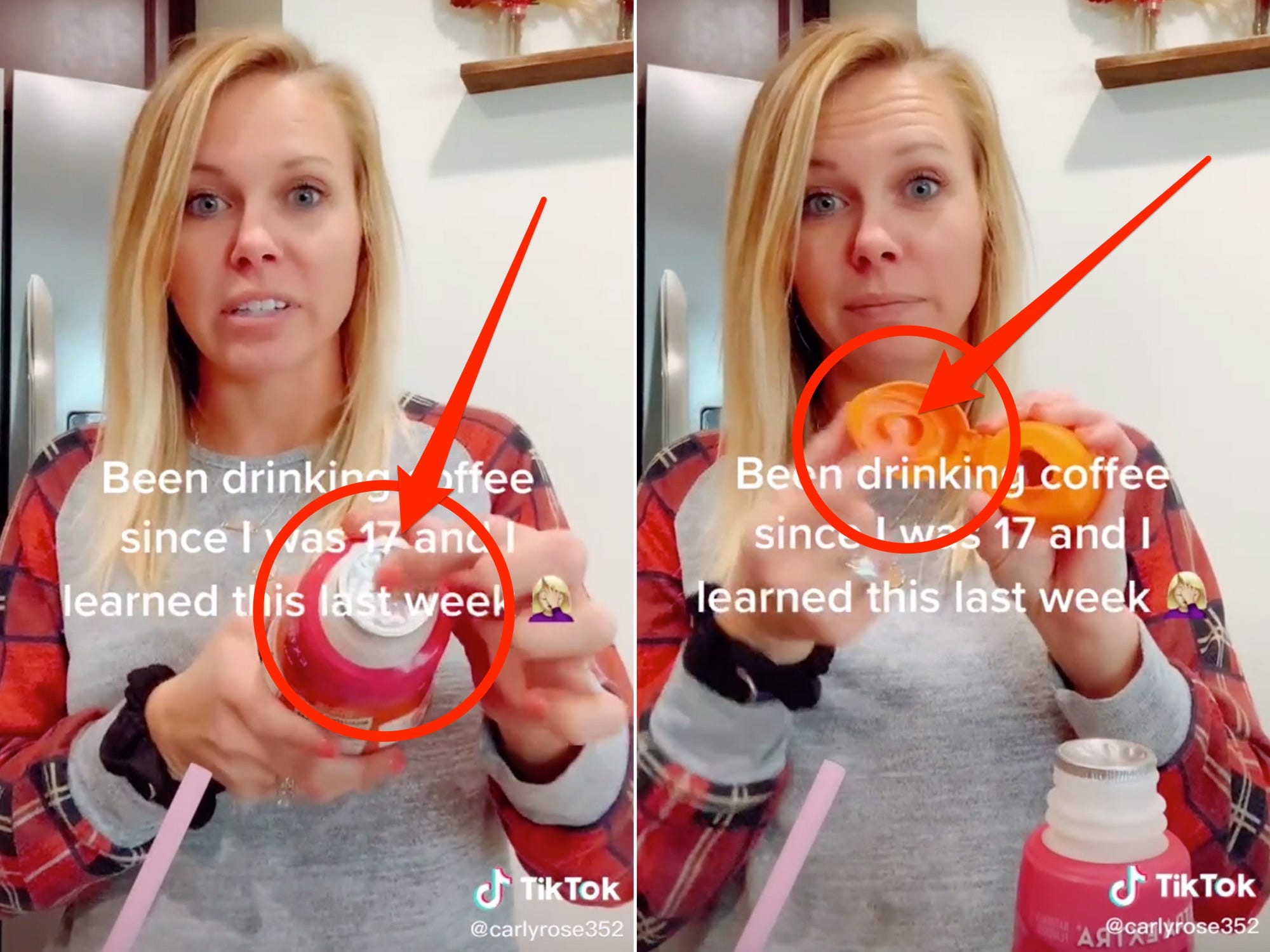 carlyrose352/TikTokTikTok user @carlyrose352 shows viewers where to push the cap into the seal.

In a sea of helpful kitchen hacks for home cooks on TikTok, there’s one that reveals an easy way to open a bottle of coffee creamer.

TikToker @carlyrose352 shared a video in which she talks about the frustration she faces when trying to remove the below-the-cap seal from a bottle of creamer.

“I’ve never been able to just peel it off since I have short fingernails and the foil lip is so tiny,” she told Insider via Instagram message.

At the time of writing, the video had 1.3 million views. You can watch it here:

“You know, they have these little tabs and you can’t get your fingers under there and open it?” she said in the video.

Carly told Insider that she typically uses a knife to cut a hole in the seal, but that on the day she discovered this hack, all her knives were unusable. “As embarrassing as it is to admit, all my knives were in the dishwasher,” she said. “I thought to myself how in the h— can I open this?”

Rather than spending time trying to tear off the seal, @carlyrose352 unscrewed the cap and used a protruding, plastic closure piece on its interior to puncture a hole in the thinner covering.

She then screws the cap back on and successfully pours creamer into her mug.

Carly told Insider that, in her experience, the cap punctures a partial hole in the seal. That means rather than a piece of the seal falling into the creamer bottle, it simply folds backward, allowing a stream of creamer to come out cleanly.

“I’m 34 â€” I’ve had a lot of coffee and opened a lot of creamers,” she told Insider. “This was mindblowing to me how simple it could have been all along.”