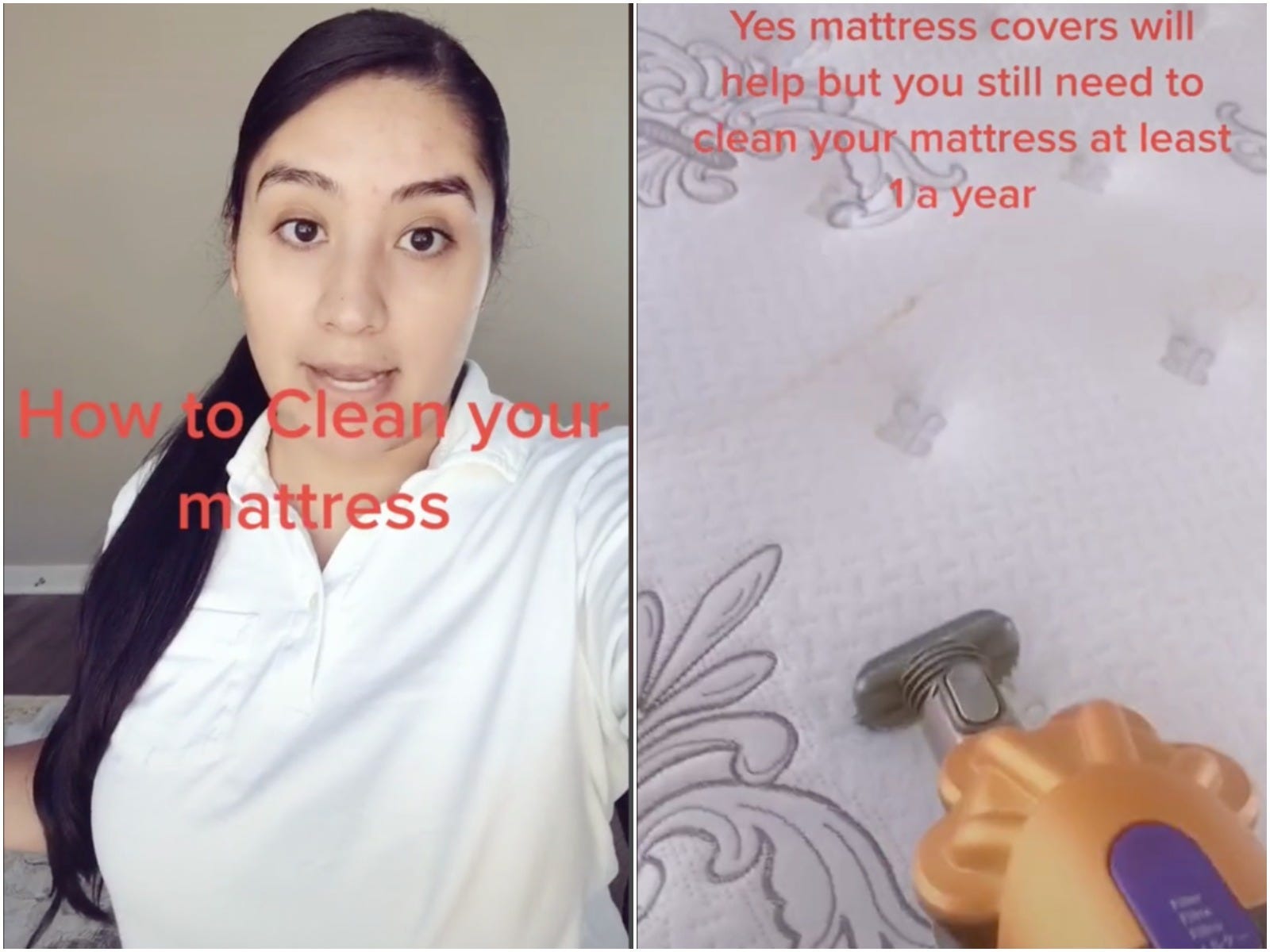 The Austin, Texas-based housekeeper has shared several videos in August that show people how to clean up spaces and items that can often be neglected – like doors, windows, and couches.

In one video, Valdez showed viewers how she cleans a couch, and it’s oddly satisfying to watch. The process typically takes her about 25 to 30 minutes, and she uses a Dyson vacuum.

“I start by vacuuming all the little pillows that might be on the couch because they get very dusty, and they also get a lot of pet hair,” she says in the video.

She shared that she uses just three items to clean the doors: dish soap, sponges, and water.

Valdez’s most-viewed video, which was shared on August 21, shows how she expertly cleans a mattress. She recommends people clean their mattresses once a year, as it involves a meticulous process.

Valdez starts the cleaning process by vacuuming the mattress. Then, she sprinkles baking soda all over the fabric and recommends leaving it to sit for “at least 10 hours.”

She then vacuums up the baking soda and sprays the mattress with a mixture of water, hydrogen peroxide, dish soap, and essential oils. She finishes by using a toothbrush to clean stains. Once the mattress dries, it’s good to go.

Many users were surprised by Valdez’s tedious method for proper mattress cleaning.

“10 hours? Where do I have breakfast, lunch, and dinner then?” another commented.

Another popular video from Valdez is a tutorial on how to remove water rings from marble countertops.

She suggested using mild dish soap and a rag. If that doesn’t work, she recommended cleaning the countertop with a mixture of baking soda and hydrogen peroxide.

Some users commented that Valdez’s tip helped them with the stubborn stain.

“Thank you! I have a marble that has a water ring that’s been haunting me for years!” one user wrote.

Find more of Valdez’s tips on her TikTok channel.

Vanesa Valdez did not immediately respond to Insider’s request for comment.