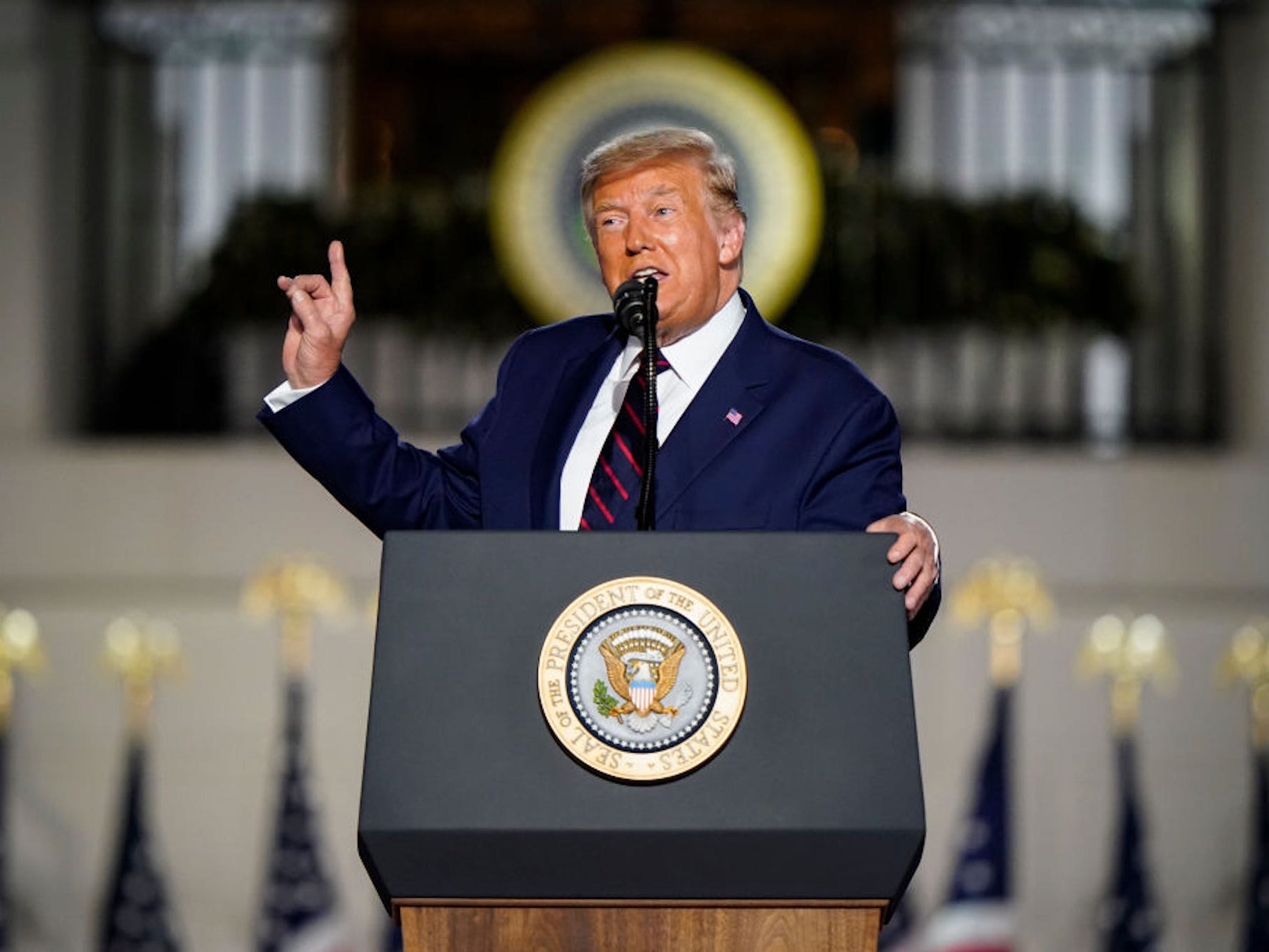 Jabin Botsford/The Washington Post via Getty ImagesPresident Donald Trump speaks on the fourth and final night of the Republican National Convention with a speech delivered in front a live audience on the South Lawn of the White House on Thursday, August 27, 2020.

The first hearing of a lawsuit by one of TikTok’s US employees will take place on September 15, amid ongoing speculation about the fate of the video app’s business.

The judge presiding over the case has said he may making a ruling on the same day.

The hearing comes as Oracle bids to become TikTok’s proposed “trusted technology partner” in the US, beating out an acquisition bid by Microsoft and pending White House approval.

Patrick Ryan, a technical program manager for TikTok since April, initially filed his suit against President Donald Trump’s administration in mid-August. Ryan, who joined TikTok from Google, is also a lawyer.

Ryan’s suit was in response to two August executive orders from Trump that looked to effectively ban TikTok in the US if it doesn’t sell to an American buyer by September 20, imperiling the incomes of its US employees.

“The fear is that we will not be able to receive our paychecks after September 20,” Ryan told Business Insider at the time.

On September 5, Ryan filed a temporary restraining order to try and prevent Trump and Wilbur Ross from shutting down TikTok.

Recognising the potential risk to TikTok’s 1,500 US employees, the judge presiding in the case has since set what Ryan calls “an aggressive briefing schedule”, calling the case for hearing at 9am local time on September 15.

“We’re encouraged that the court is moving so fast,” Ryan told Business Insider. “Judge Chhabria has not yet commented on the merits of the case, but the aggressive schedule that he set indicates that the court appreciates the urgency.”

Ryan feels confident that the case has merits in the eyes of the court, not least because he was joined by the Electronic Frontier Foundation (EFF), a digital civil liberties organisation, in the case via an amicus brief. The EFF’s amicus brief outlines their concerns that Trump’s executive order violates TikTok employees’ first amendment rights.

The Trump administration’s lawyers don’t feel the same. In a 24-page response filed on September 10, the defendants in the case claim the application for a restraining order on the president’s decision should be denied.

“The United States Government has determined, based on years of accumulated experience and intelligence, that TikTok poses a direct threat to the privacy and security of US persons,” the response claims.

Ryan himself responded to that by telling the judge in a legal filing that “TikTok is an appealing political target for President Trump because he believes that the popular social media platform caused his campaign to embarrass itself over the expected attendance at his political rally in Tulsa, Oklahoma on June 20, 2020, and because many TikTok users use the platform to satirize the President.

“As a result, the US employees of TikTok and their families have been made pawns in a political spitting match between China and President Trump, who has decided to make ‘Tough on China’ a central theme of his re-election campaign.”

It’s possible, however, the White House could accept Oracle’s offer to become TikTok’s partner in the US and allow the app to keep operating.

The district court hearing will take place via Zoom on September 15.