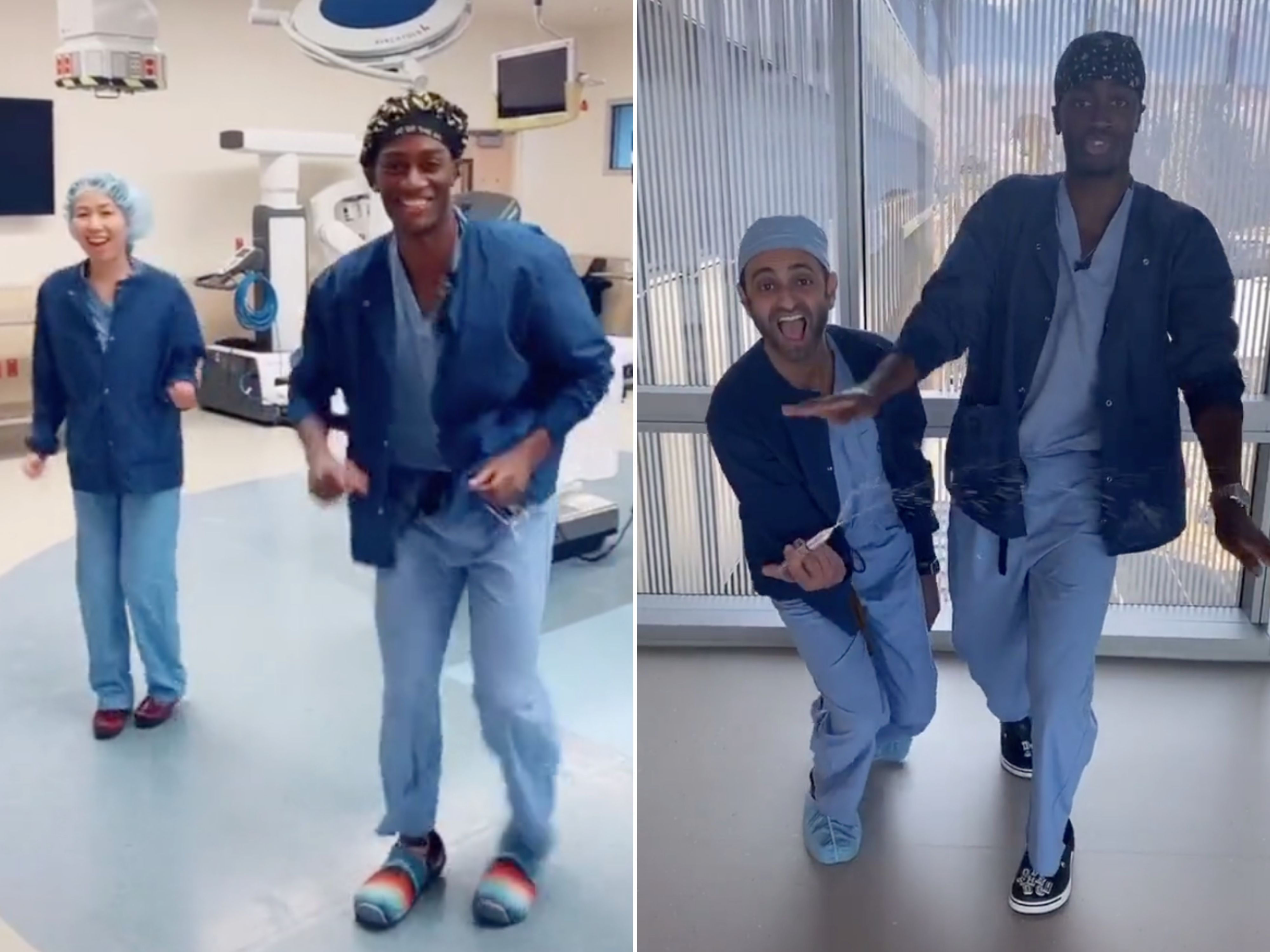 When he’s not caring for patients in need, one doctor is spreading messages of positivity through TikTok dances.

Dr. Jason Campbell, a resident physician in anesthesiology and perioperative medicine at the Oregon Health and Science University in Portland, is also known as the “TikTok Doc,” a nod to his dancing videos that have been viewed thousands of time on the video-sharing app.

Campbell often gets his colleagues involved in the clever dance routines, which are set to upbeat songs like “Cha-Cha Slide” and “Cupid Shuffle.”

Campbell puts his own spin on dance moves and songs that are circulating around TikTok, filming his routines during his workday at the Portland hospital.

lWhy Is Everything Chrome (Lean Swag Rock Wit It) – KingCritical

“We’ve got to get through this with physical health, with mental health, and dancing will do that,” Campbell told Portland’s local NBC news channel, KGW8, of his trending “TikTok Doc” persona.

Campbell’s uplifting dances recently caught the attention of Janet Jackson, who retweeted one of Campbell’s TikToks in light of National Doctors Day.

The “TikTok Doc” told KGW8 that his dances are meant to inspire people to be kind and support each other during a time that’s challenging for many people and communities.

“At the end of the day, we’re all human and we’re all in this together,” Campbell said. “It’s not about the title in front of your names, it’s just about coming together to overcome this.”