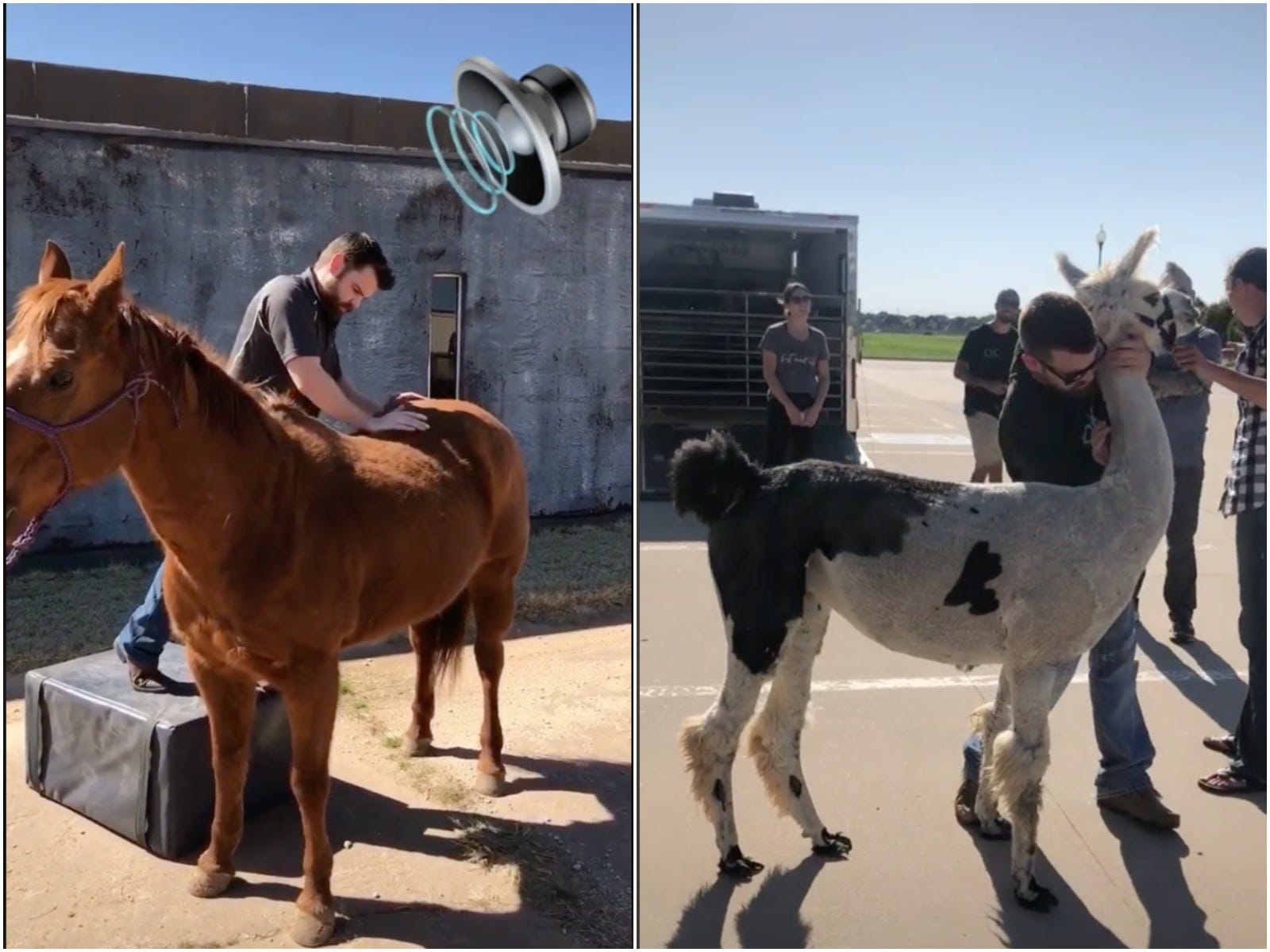 @joren_whitley/TikTokDr. Joren Whitley cracks the backs all kinds of animals.

Some fans of chiropractic content have discovered Dr. Joren Whitley, an Oklahoma-based chiropractor who performs adjustments on different animals and documents his work on TikTok as @joren_whitley.

Whitley practices at Oklahoma Chiropractic Group. The practice explains on its website that animals need chiropractic care just like humans do.

Whitley’s TikTok page is filled with videos that show him caring for a variety of animals. One of the most unique clips shows him cracking a snake’s back, which seemed to surprise viewers.

“Snakes are one giant spine,” Whitley explained in the video.

“Of all animals, I’d have thought snakes would never have back issues,” one user wrote.

One of Whitley’s most popular videos, which has been viewed nearly 40 million times, shows doing an adjustment on a horse. The animal remains surprisingly relaxed as Whitley works on its back.

“You just made me realise that animals also go through aches, and they can’t really tell us where the pain is and what’s going on with them,” one user commented.

Whitley also showed how he does an adjustment on a bearcat. He carefully approaches the animal while someone else distracts it by feeding it grapes.

Another video shows him working on a llama where he applies pressure to the animal’s neck rather than its back.

He also showed fans how he cared for a small kangaroo.