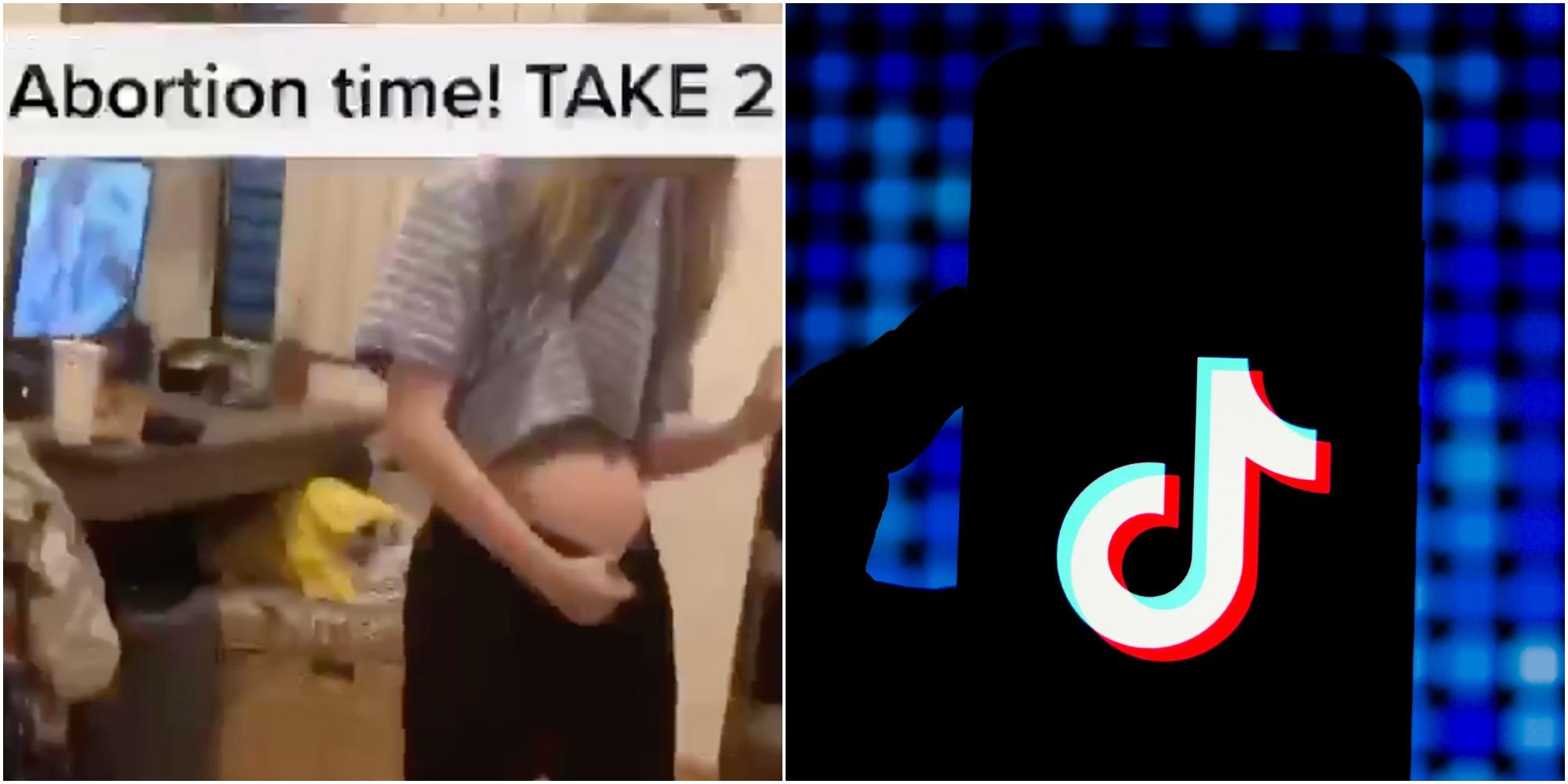 A viral TikTok video showing a teenage girl getting an abortion set off a fiery debate over abortion rights and how it was regarded on social media.

User @cpcake21 posted the 20-second clip, which begins with an apparently positive pregnancy test belonging to her friend, Ashley. The girl shows off her stomach before the video follows them to a Planned Parenthood clinic, where they point out a solemn couple in the waiting room before cutting to Ashley on the table in a medical gown.

The video, which was posted from a now-private profile but posted in some tweets, is overall lighthearted. Set to a remix of Bruno Mars’ “It Will Rain,” Ashley nervously laughs and fist pumps before she’s in the exam room.

These abortion celebration TikTok videos are something else ????.

If you want to abort your kid and kill your own offspring I’m not going to be the one to stop you, but why do these chicks celebrate abortions as if they’re collecting Pokémon gym badges?
https://t.co/Fr5eDvzIHJ

The video has no noticeable optics of the procedure or graphic footage, but its casual tone set off a bitter debate across social media on both sides of the abortion-rights spectrum.

Conservative figures latched onto the video, calling it a distasteful take on a serious issue. Charlie Kirk, the president and founder of the conservative advocacy group Turning Point USA, wrote on Twitter that the video was “sick & depraved,” and blamed “the left.”

This is the left

What happened to “abortions should be safe, legal, and rare”?

The video also caught the eye of Lila Rose, who currently serves as president of Live Action, a pro-life group that regularly posts anti-abortion content on TikTok. Rose slammed the video in one tweet as a show of “cruelty.” In a later tweet, she urged her followers to pray for the girl shown in the video and against pro-choice policies.

Our ability to be cruel is endless. When society celebrates abortion, should we be surprised to see this kind of cruelty? My heart breaks for this little helpless baby, killed on camera, his young mother joking about it. And it breaks for her, who will live with this all her life https://t.co/csuee5lzs8

Abortion is a popular topic on TikTok, with videos under the #abortion and #prolife tags racking up more than 70 million views each, likely because the platform offers a wide array of ways users can comment their opinions on the matter.

Some videos are similarly humorous takes on teenage girls going to Planned Parenthood for the procedures. One is set to one of the platform’s popular sounds that begins with horn music before audio can be heard saying “a child…no.”

In addition to first-person takes on abortion experiences, there is a wide variety of video formats that creators use to voice their political opinions on abortion, from illustrating generational clashes to celebrating pro-life milestones like the annual March for Life.

How massive is Jeff Bezos’s wealth? A viral TikTok tried to measure it in grains of rice.