The 'trash talk' between Tiger Woods, Phil Mickelson, Tom Brady, and Peyton Manning ahead of their golf match has been very weak 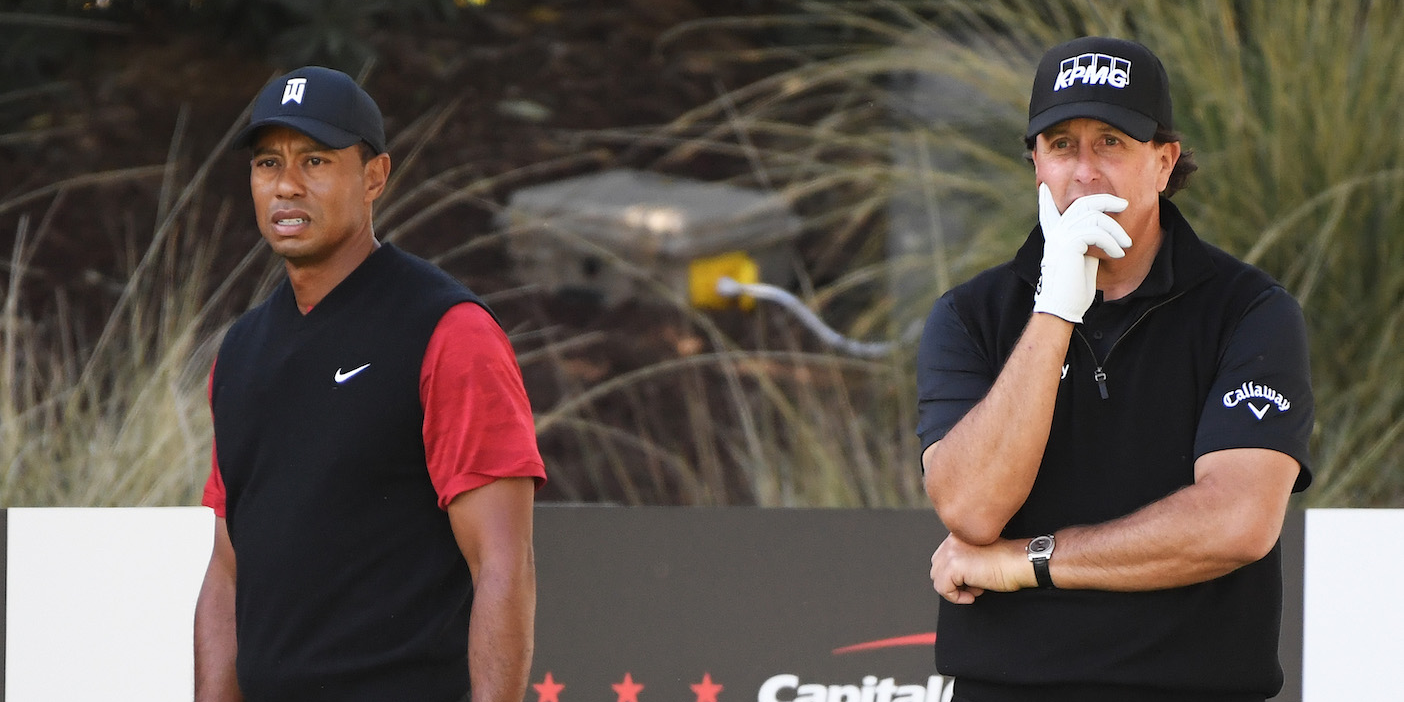 If the early “trash talk” between Tiger Woods, Phil Mickelson, Tom Brady, and Peyton Manning is an early indication, perhaps it would be better if the four are not mic’d-up for their upcoming golf match.

It was announced on Wednesday that the rumoured rematch between Woods and Mickelson, a sequel to their Thanksgiving 2018 “The Match,” would take place, this time with Brady and Manning. The match will air on TNT sometime in May, with exact details still to come, and all proceeds will go to COVID-19-related charities.

While speaking with Golf Digest’s Daniel Rapaport, Woods said it will be him and Manning vs. Mickelson and Brady. Woods said the four have already been trash-talking via text, and the examples leave a lot to be desired.

“There has been a little bit of trash talk already, a little bit of banter back and forth,” Woods said. “Whether it’s, ‘I might need extra caddies to carry my Super Bowls,’ because [Brady] has more Super Bowls than my partner. Or, ‘I’ve got more majors than Phil, so I’m gonna have to have a truck come up to the first tee and U-Haul it out.'”

Could Woods be down-playing what’s been said over text to cover for meaner things? Possibly. Manning said he once mocked Woods for falling in the PGA rankings so much that Woods used it as motivation to improve.

But the examples we’ve gotten so far don’t make a lot of sense. Sure, Brady could mock Manning for not winning as many Super Bowls as he has, but why does it apply to golf? Why would a caddy be carrying the Super Bowl trophies around the course? (Though to give Brady credit, bringing his six Super Bowl rings to the match would be a good way to get in Manning’s head).

Woods’ trash-talk to Mickelson about winning more majors is, of course, applicable, but “I’ve got more majors than Phil, so I’m gonna have to have a truck come up to the first tee and U-Haul it out,” needs work, in construction, if nothing else. Why is Woods bringing his 15 majors to the first tee, only to then have them taken away?

Mickelson and Brady have taken the trash talk to social media, too.

After feeling the sting of defeat the first time around, Looks like @TigerWoods is bringing a ringer to The Match (#PeytonManning).

I’ve been waiting 4 years to get a rematch with Peyton…expecting a better result this time around…LFG Lefty!! https://t.co/TgjnDAzwoB

This may not come as a surprise to anyone who watched the first “Match” between Woods and Mickelson. The two lobbed insults to each other in the build-up of the match, but the event itself was described as “sloppy golf and canned trash talk” by The Washington Post’s Jacob Bogage.

We can’t do the trash-talking for these four all-time greats, but surely they can do better themselves.