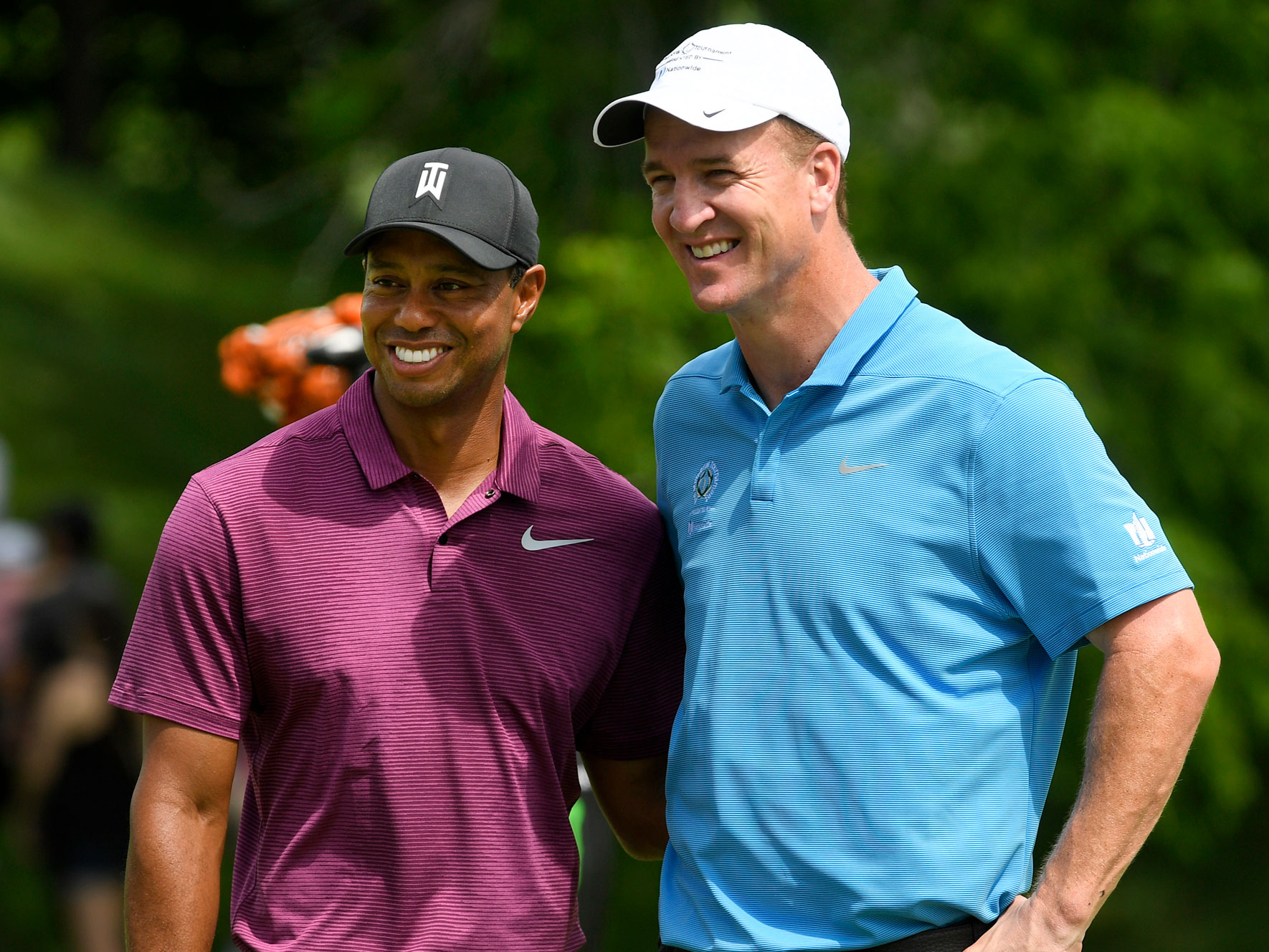 Stan Badz/PGA TOURA celebrity golf tournament raising money for a good cause could be a welcome respite for sports fans left with nothing to watch in recent weeks.

A rematch of the 2018 contest between Tiger Woods and Phil Mickelson is reportedly set, with an additional twist this spring.

According to a report from Jabari Young at CNBC, Woods and Mickelson will pair off with NFL superstars Peyton Manning and Tom Brady. Young says that while negotiations for the event are still being finalised, the match would likely take place in May.

The showdown would come at a moment when the sports world has been put on hold, with marquee events and leagues postponed or outright cancelled out of concern from the coronavirus pandemic.

According to Young, the event would likely benefit charity, and be broadcast “live on Turner Sports’ TNT channel or elsewhere in the WarnerMedia company.”

Sports fans began fantasizing about the rematch over the weekend when Mickelson teased its potential in response to a tweet.

I don’t tease. I’m kinda a sure thing

Since then, the idea of both Mickelson and Tiger taking on partners has been added to the hype, with Brady and Manning’s names floated as potential players.

Hearing Tiger v Phil II might indeed be happening as a PPV event but that the caveat is that each will have a partner. Two names being mentioned? Tom Brady and Peyton Manning.

While nothing is official yet, such a matchup could be a relief to fans looking for something to root for in a world without sports.

Tom Brady will get to wear No. 12 with the Bucs for free because receiver Chris Godwin gave it up ‘out of respect’