Tiffany Haddish and Brad Pitt reunited 1 year after he joked they should date, but he wasn't feeling it anymore: 'He was scared of me' 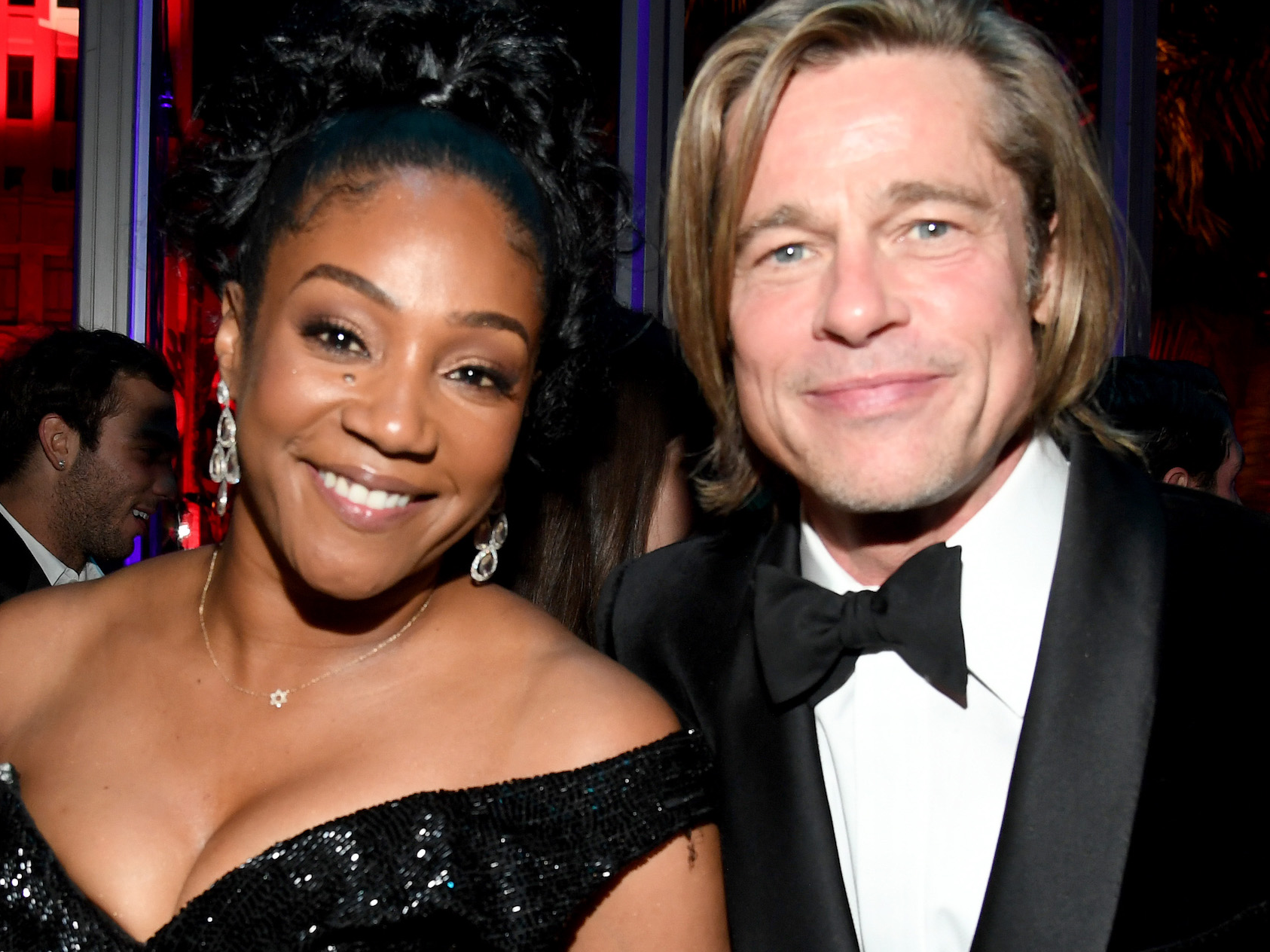 Kevin Mazur/VF20/WireImageTiffany Haddish and Brad Pitt at a 2020 Oscars after-party.

Tiffany Haddish says she ran into celebrity crush Brad Pitt one year after they jokingly talked about dating each other.

“You could tell he was scared of me,” Haddish said in a new interview with Harper’s Bazaar. “He was like, ‘Oh, s—, Tiffany Haddish is here,’ and doing his eyes shifty.”

“I was like, ‘Ain’t nobody f—ing with you. You’ve got too many kids,'” the 40-year-old comedian and actress continued, referring to Pitt’s six children with ex-wife Angelina Jolie.

Haddish has spoken about her infamous 2018 encounter with the 56-year-old “Ad Astra” star several times. It started when she participated in an interview with “Live With Kelly and Ryan” host Kelly Ripa backstage at the Oscars that year.

“Oh, I just met him in the elevator,” Haddish recalled. “He said in one year, if he’s single and I’m single, we gonna do it. So, you know what that means.” 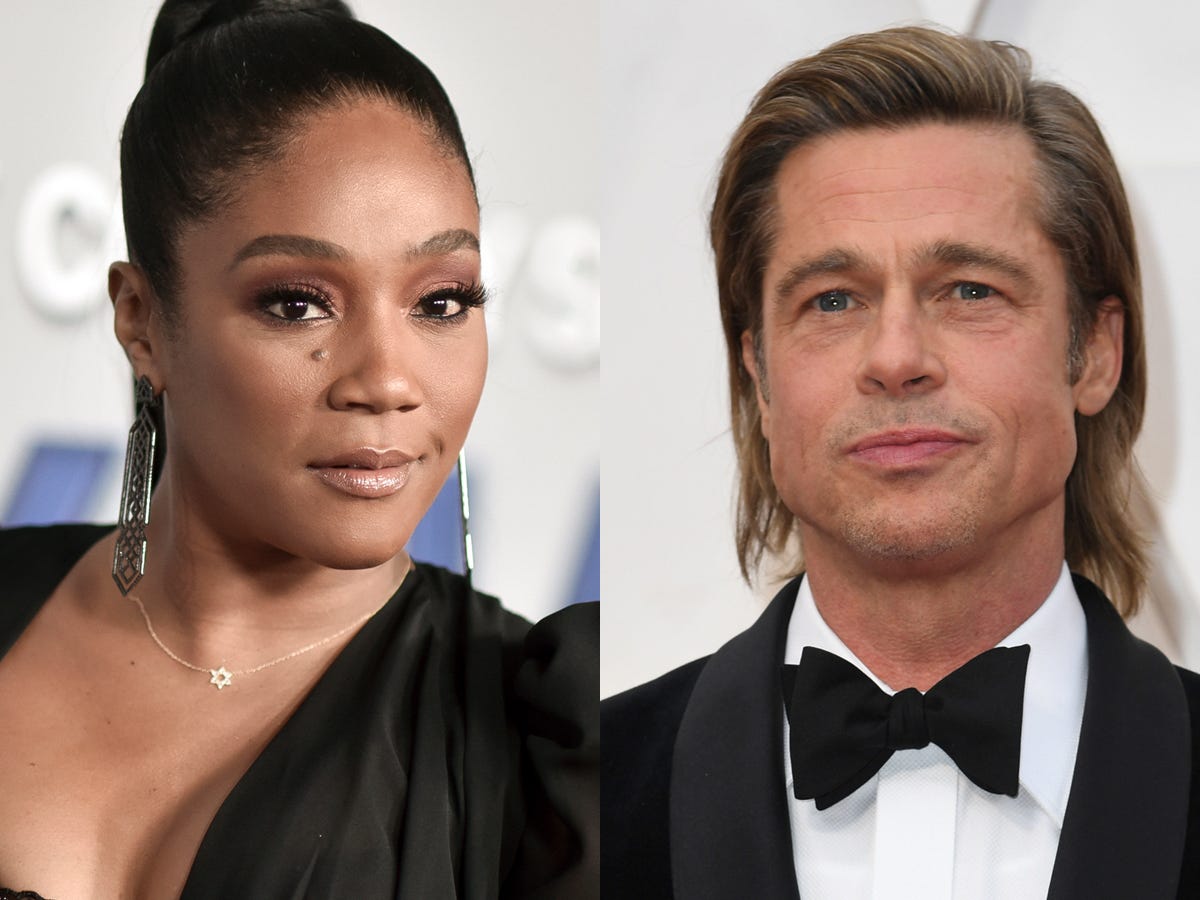 During an April 2018 appearance on NBC’s “Tonight Show Starring Jimmy Fallon,” the actress spoke in detail about meeting Pitt while in an elevator at a pre-Oscars party.

Haddish said she was talking to “Sharp Objects” star Elizabeth Perkins and her husband, Julio Macat, and said that she hoped she could someday find a man who would look at her the same way Macat looked at Perkins.

“Brad Pitt was standing right next to me and then Elizabeth’s husband was like, ‘Man, I hope we don’t get caught in this elevator,’ and I was like, ‘It’s gonna be some pretty a– babies in this elevator if we do,'” Haddish recalled.

“I took it as a joke,” she added, saying that she “did some research” and was stunned to find out that he had several kids. 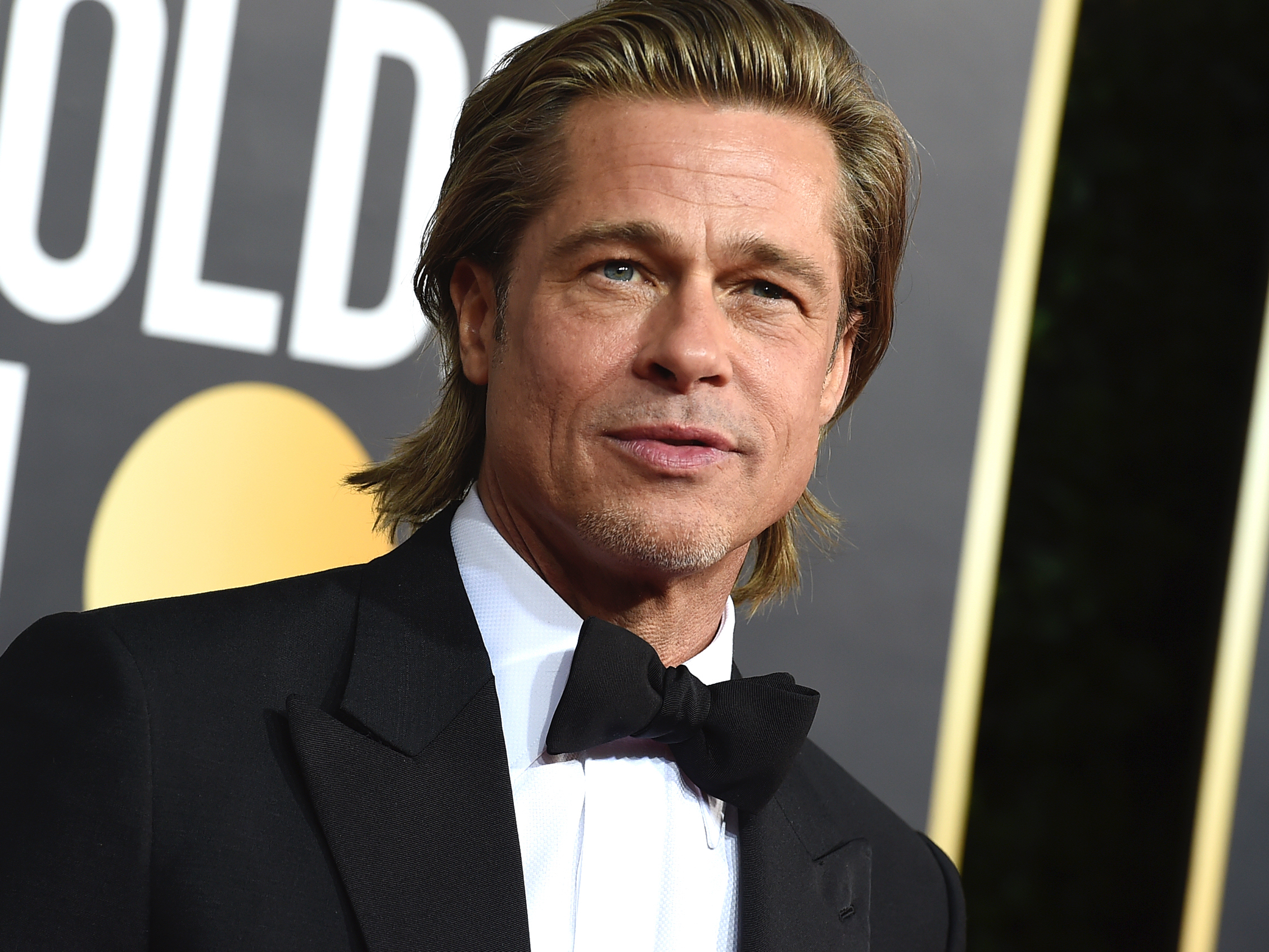 Haddish also cleared up the confusion on Twitter in 2018, saying that “it was a joke” and she wants to be her partner’s priority.

“So funny to me, it was a Joke but I Love how serious you all are,” she wrote. “I want to be number one in a man’s life. he has a lot of kids that would make me what number 8 or at best baby Mama 2.”

“And as much as I would love to chitchat with Angie that is not what I want to be talking about,” Haddish said, adding that she’d talk to Jolie about “making movies and making money.”

Most recently, Haddish posed for photos with Pitt while attending Vanity Fair’s Oscars after-party on February 9. Earlier that night, the actor took home the Academy Award for best performance by an actor in a supporting role for his part in “Once Upon a Time in Hollywood.”