What we know about 'Thor: Love and Thunder' 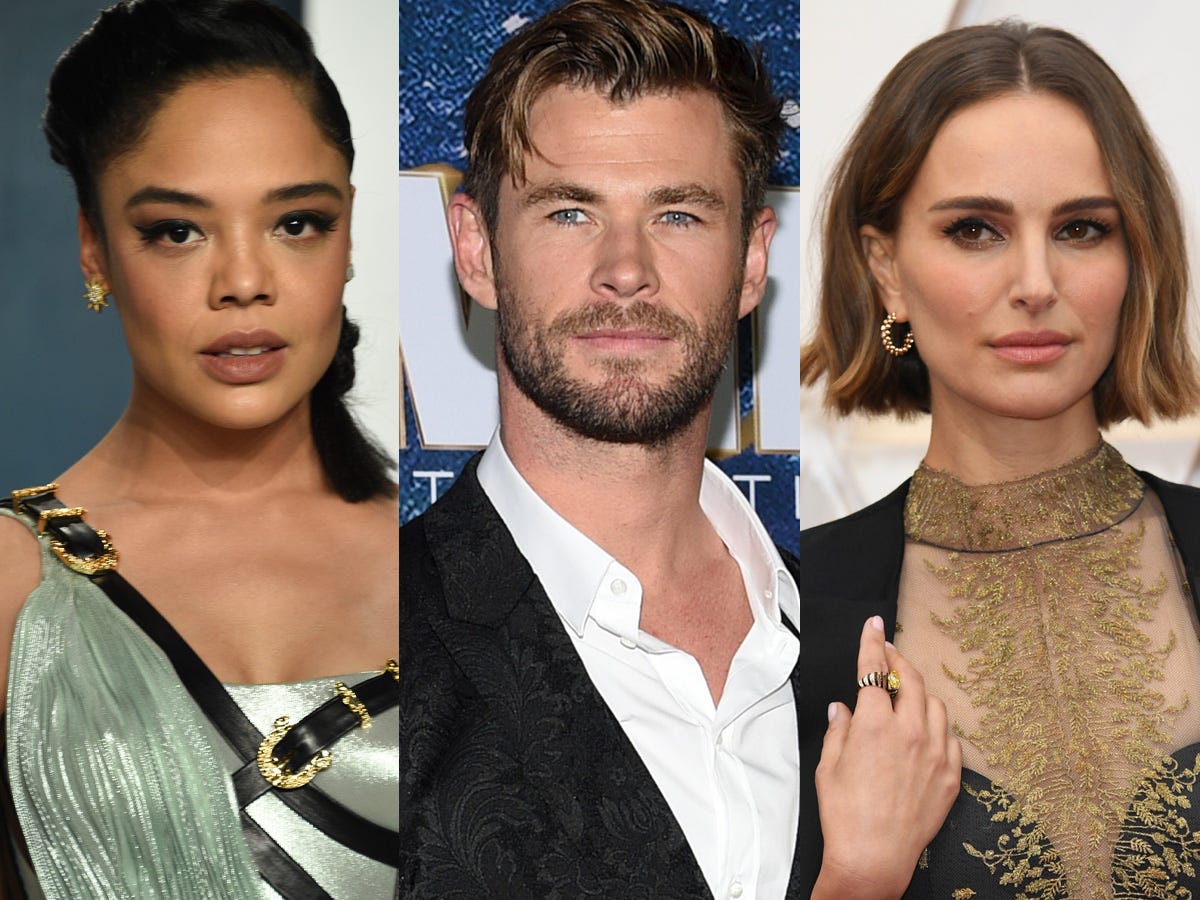 Chris Hemsworth is once again suiting up as Thor for a fourth standalone film.

The 37-year-old actor will reprise his Marvel role as the God of Thunder for “Thor: Love and Thunder,” which will feature the return of a few Marvel Cinematic Universe actors and some new additions.

Here’s everything we know about “Thor 4,” so far.

Taika Waititi will return as the film’s director, in addition to once again playing Korg. 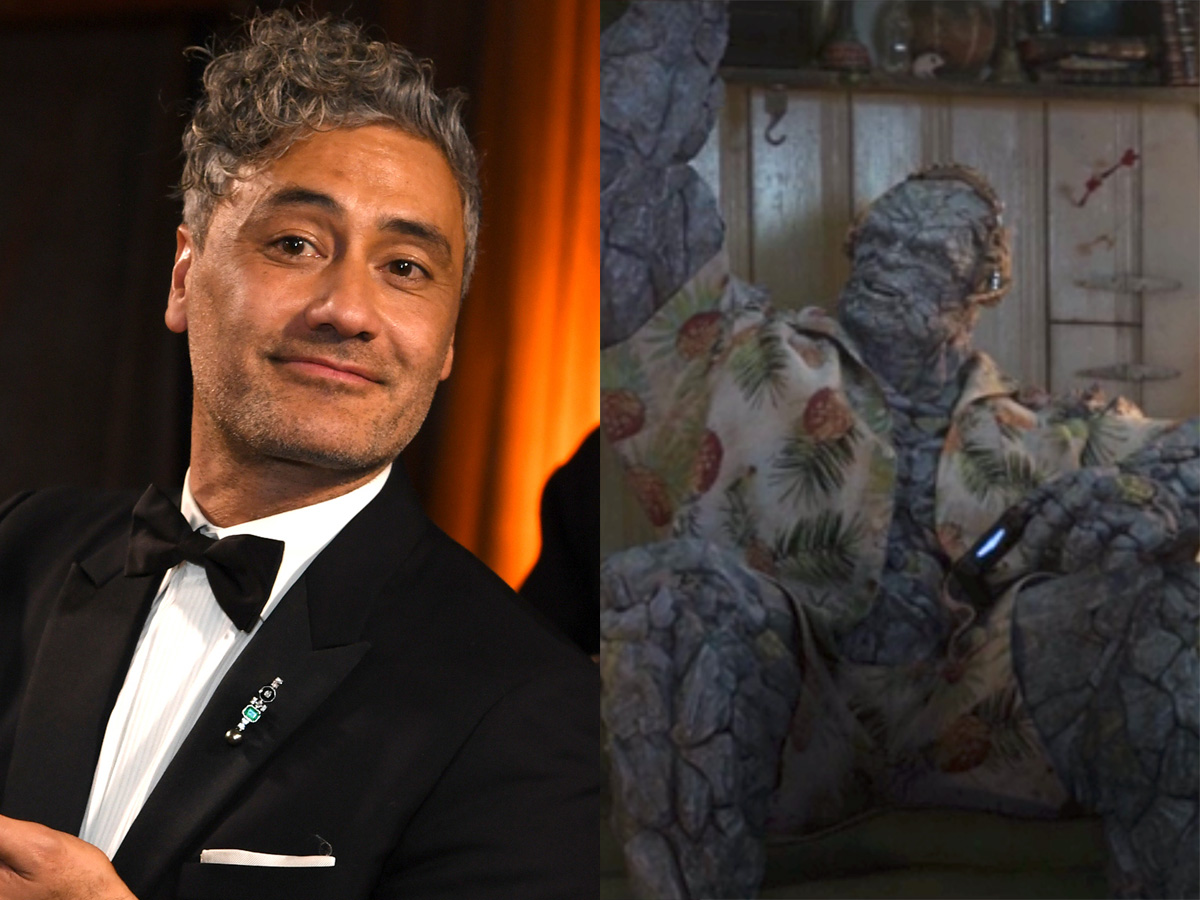 Waititi was praised for directing “Thor: Ragnarok,” which reinvigorated the franchise with plenty of humour and a new spin on Thor. In “Ragnarok,” the writer-director also introduced a character named Korg, who Thor and the Hulk (Mark Ruffalo) encountered while in Sakaar. The character also appeared in 2019’s “Avengers: Endgame” in New Asgard.

During an appearance on ABC’s “Jimmy Kimmel Live” in October 2019, the Oscar winner confirmed that Korg will be back for “Love and Thunder.”

Waititi also participated in an Instagram Live video as part of a “Ragnarok” watch party in April 2020 and said that fans will learn more about Korg’s culture and where he came from.

Waititi will be writing the script for “Love and Thunder.” 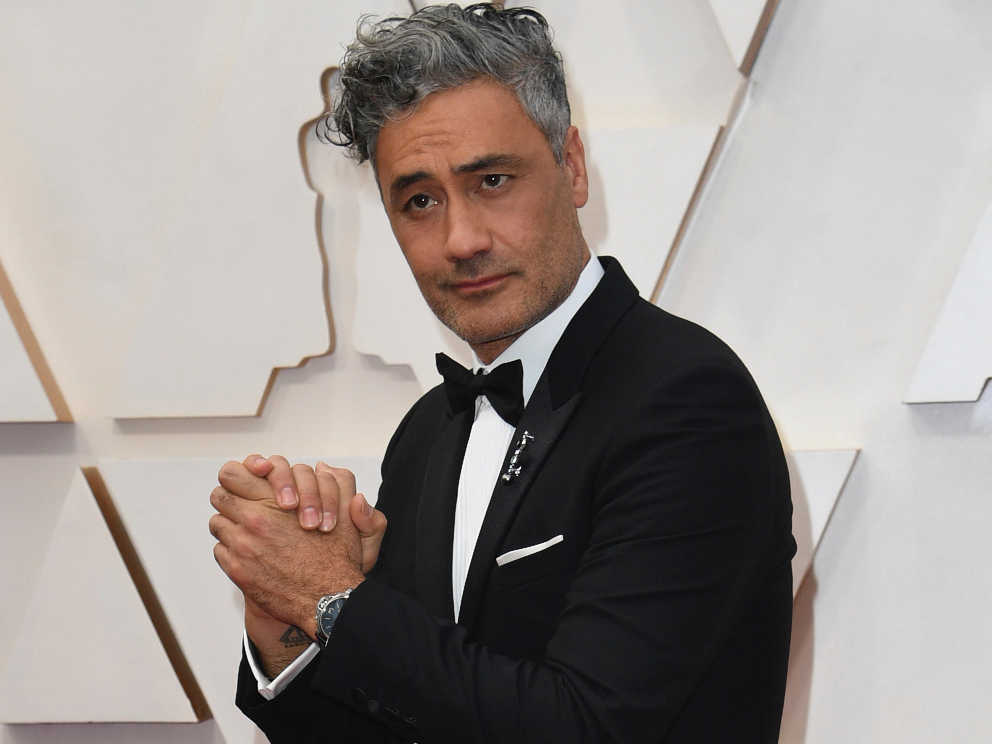 “It’s going to be bigger and louder and more bombastic,” Waititi told Wired in October 2019. “It’s only interesting to me if we’re doubling down on how nuts ‘Ragnarok’ was.”

Hemsworth shared similar thoughts on the storyline, telling The Philadelphia Inquirer, that it’s “one of the best scripts I’ve read in years.”

“It’s Taika at his most extreme, and at his best,” he said. “If the version I read is the one we get running with, it’s going to be pretty insane.”

Thompson is back as Valkyrie, and Waititi said he’d be “supportive” if she asked for her character to be explicitly queer this time around. 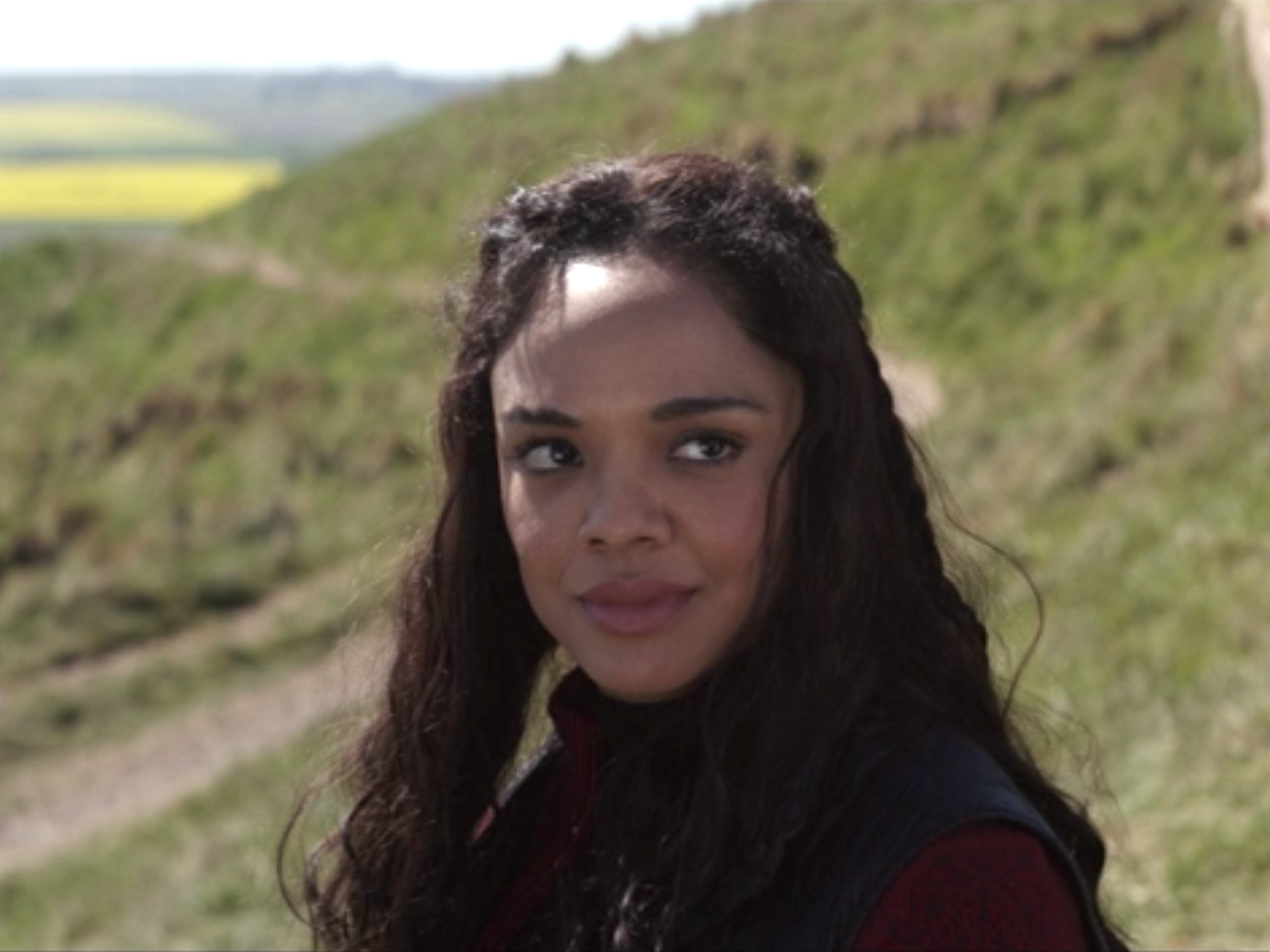 In the comics, Valkyrie is explicitly bisexual. In “Thor: Ragnarok,” the character’s sexuality wasn’t made clear and a scene that showed a woman walking out of her bedroom was cut from the film. Thompson, who identifies as queer, previously spoke about representation in “Thor: Ragnarok” and said that she played Valkyrie as bisexual.

“With the actors, I feel whatever makes them comfortable – whether they feel like there’s a natural choice, or a natural way for that character to go – then I’m pretty supportive,” Waititi told Variety in February 2020. “If Tessa wanted to do that, I’m in.”

Thompson also teased what fans can expect from her character in the next “Thor” film, after Thor told Valkyrie that she should be the “king” of New Asgard during “Avengers: Endgame.”

“First of all, as [the] new king, she needs to find her queen,”Thompson said at San Diego Comic-Con in July 2019. “That will be her first order of business. She has some ideas. Keep you posted.”

Natalie Portman will reprise her role as Jane Foster and wield the iconic hammer. 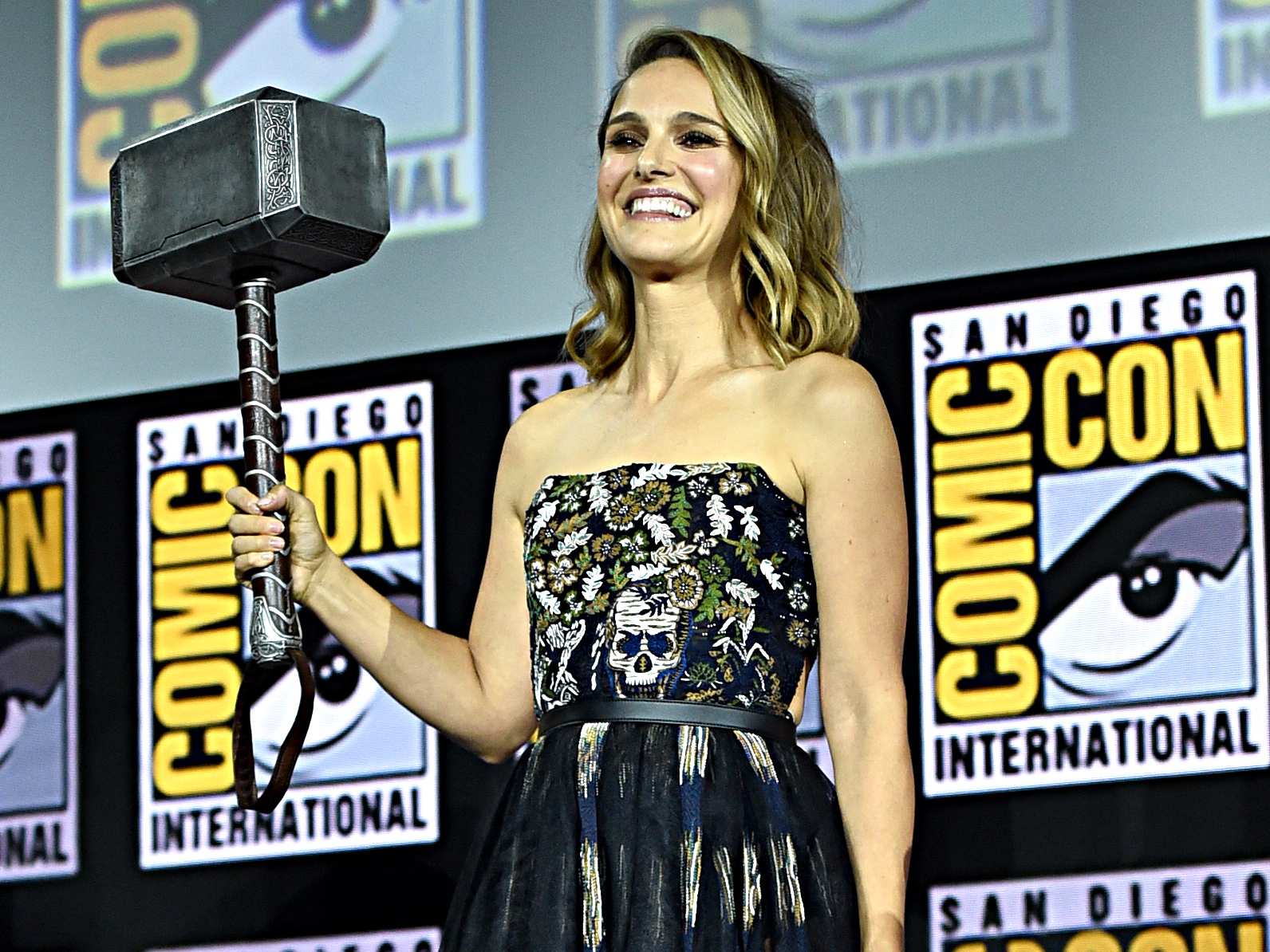 Portman made her MCU debut as Jane in 2011’s “Thor” and starred in the 2013 sequel. Jane was last mentioned in “Endgame,” when Thor revealed that they broke up.

At San Diego Comic-Con, the actress surprised fans when she appeared on stage with the hammer and revealed that she’ll play a female version of Thor.

Speaking to Variety in October 2019, the director also said that he’d love to incorporate Jane’s breast cancer storyline that is prevalent in the comics.

“I think that’s a really powerful part of the books,” he said. “I think it’s really cool that she’s fighting this thing and there’s two battles going on. Personally I really love that storyline, but whether it ends up in the film is yet to be seen.”

A few months later while talking again to Variety, Waititi said that he wasn’t sure if Portman’s character would have cancer in the final version of “Thor 4.”

“That comics run was a big inspiration, and was an influence on the first few drafts,” he said. “But at Marvel, we always change everything. I could say one thing right now, and in two years, it will be the complete opposite – or that thing won’t exist. We continue writing even in post-production.”

Portman herself seemed to confirm the storyline during a 2020 interview with Fatherly, saying that the movie is “based on the graphic novel of the ‘Mighty Thor.’ She’s going through cancer treatment and is a superhero on the side.”

Christian Bale is joining the MCU as a villain named Gorr the God Butcher. 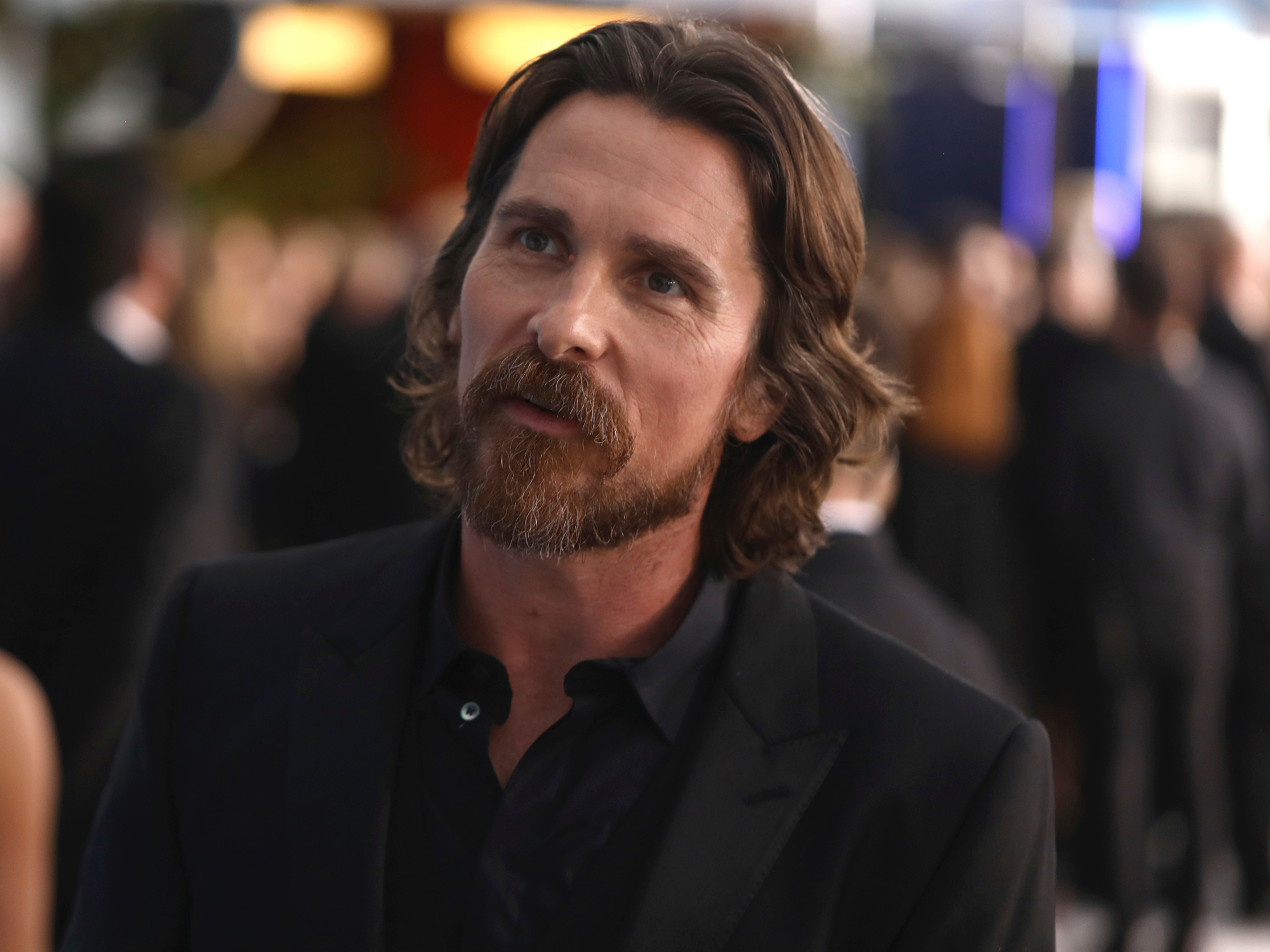 Matt Sayles/Invision/APChristian Bale is now part of the MCU.

In January 2020, Collider reported that the award-winning actor was “in talks” to join the franchise. Thompson went on to confirm the casting during an interview with “Entertainment Tonight” in March, but didn’t reveal who Bale will be playing.

Disney confirmed his casting in December and said that he’ll be playing comic-book character Gorr the God Butcher, who, as the name suggests, loathes gods.

Bale is no stranger to starring in comic-book films, having previously led Christopher Nolan’s “Batman” trilogy as the titular character between 2005 and 2012.

According to Vin Diesel, characters from “Guardians of the Galaxy” will have some sort of part in “Love and Thunder.” 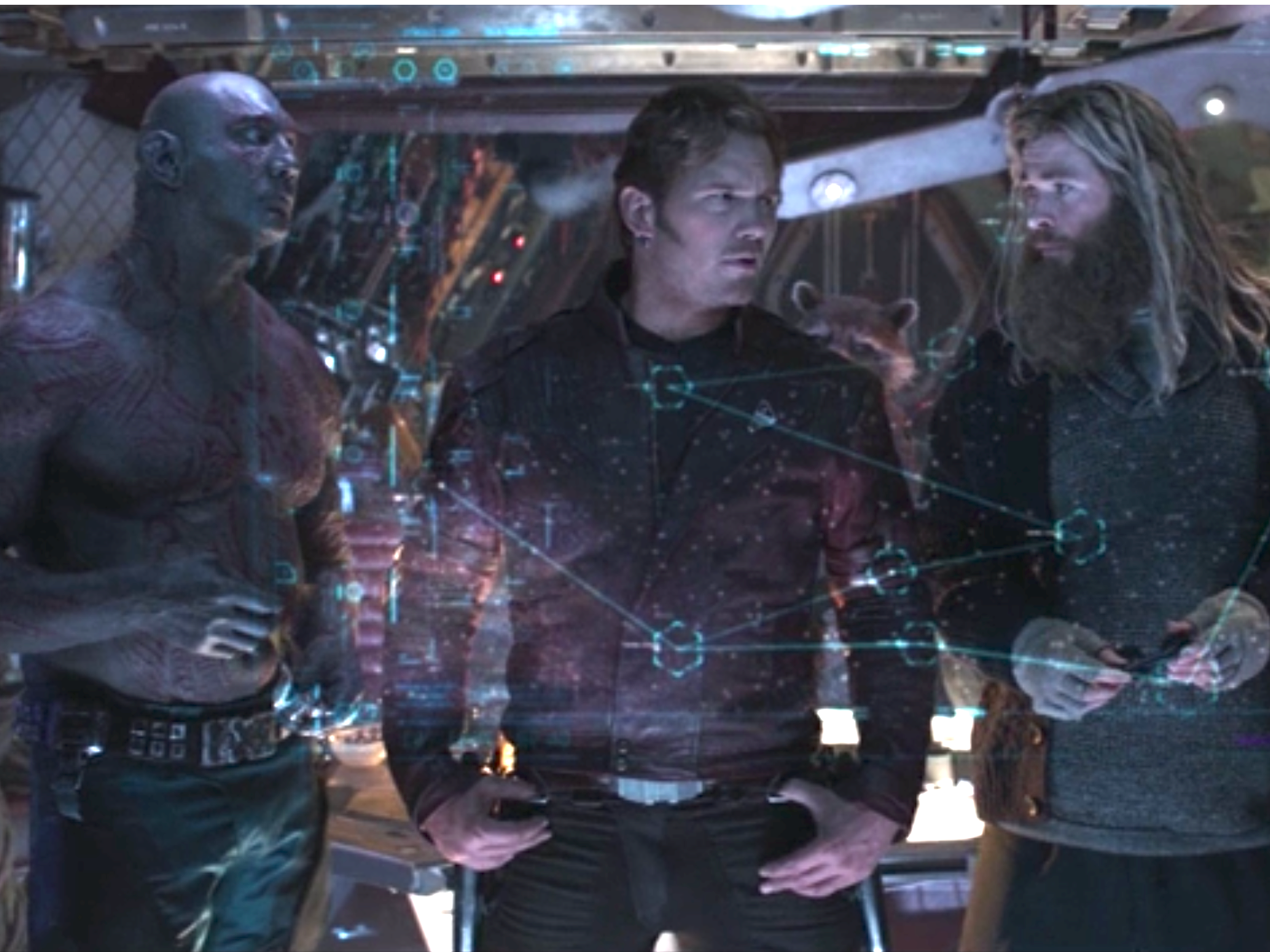 Diesel, who voices Groot, told ComicBook.com that the new movie “will incorporate some of the Guardians of the Galaxy.”

“That will be very interesting, nobody knows, maybe I shouldn’t have said anything,” he added.

Then in November 2020, multiple outlets reported that Chris Pratt will be part of “Thor 4.” Pratt himself confirmed it when he commented on a workout photo Hemsworth posted and jokingly told the actor to “stop working out” since they’re going to be in the same movie.

It would make sense for the Guardians to appear, considering that Thor was last seen on a spacecraft with Rocket Raccoon (Bradley Cooper), Star-Lord (Pratt), Drax (Dave Bautista), Mantis (Pom Klementieff), and Nebula (Karen Gillan) in “Endgame.”

Jaimie Alexander will reportedly reprise her role as the Asgardian warrior named Sif. 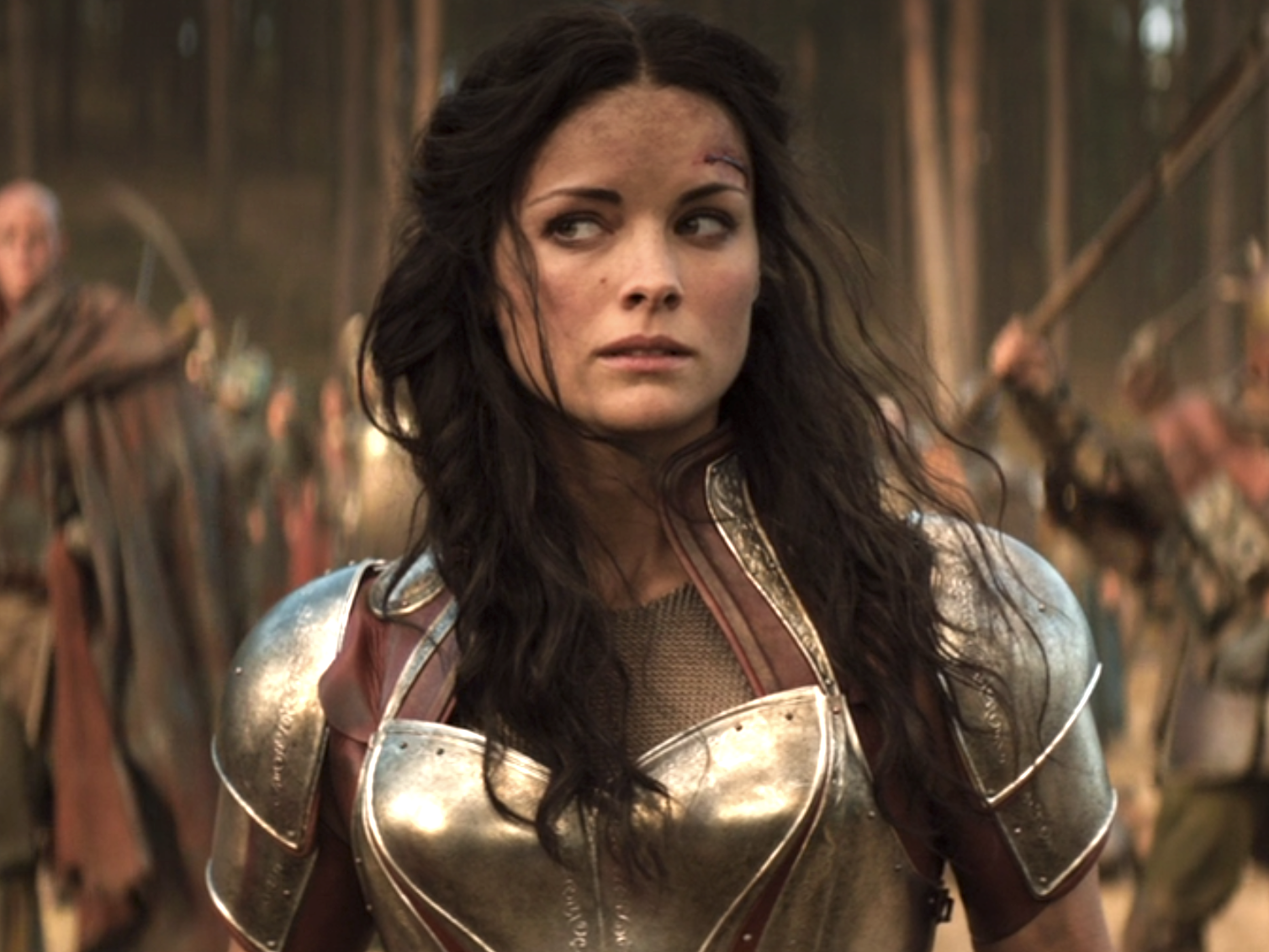 The news was reported by Deadline in December 2020.

Sif, a close friend of Thor, appeared in “Thor” and “Thor: The Dark World.” The last time fans saw Alexander portray the character was on season two of “Agents of S.H.I.E.L.D.”

Back in 2017, the actress told Yahoo Entertainment that she was asked to return for “Thor: Ragnarok,” but couldn’t due to her filming schedule for the series “Blindspot.”

It’s unclear if Ruffalo or Jeff Goldblum, who played the Grandmaster, will appear in “Love and Thunder.” 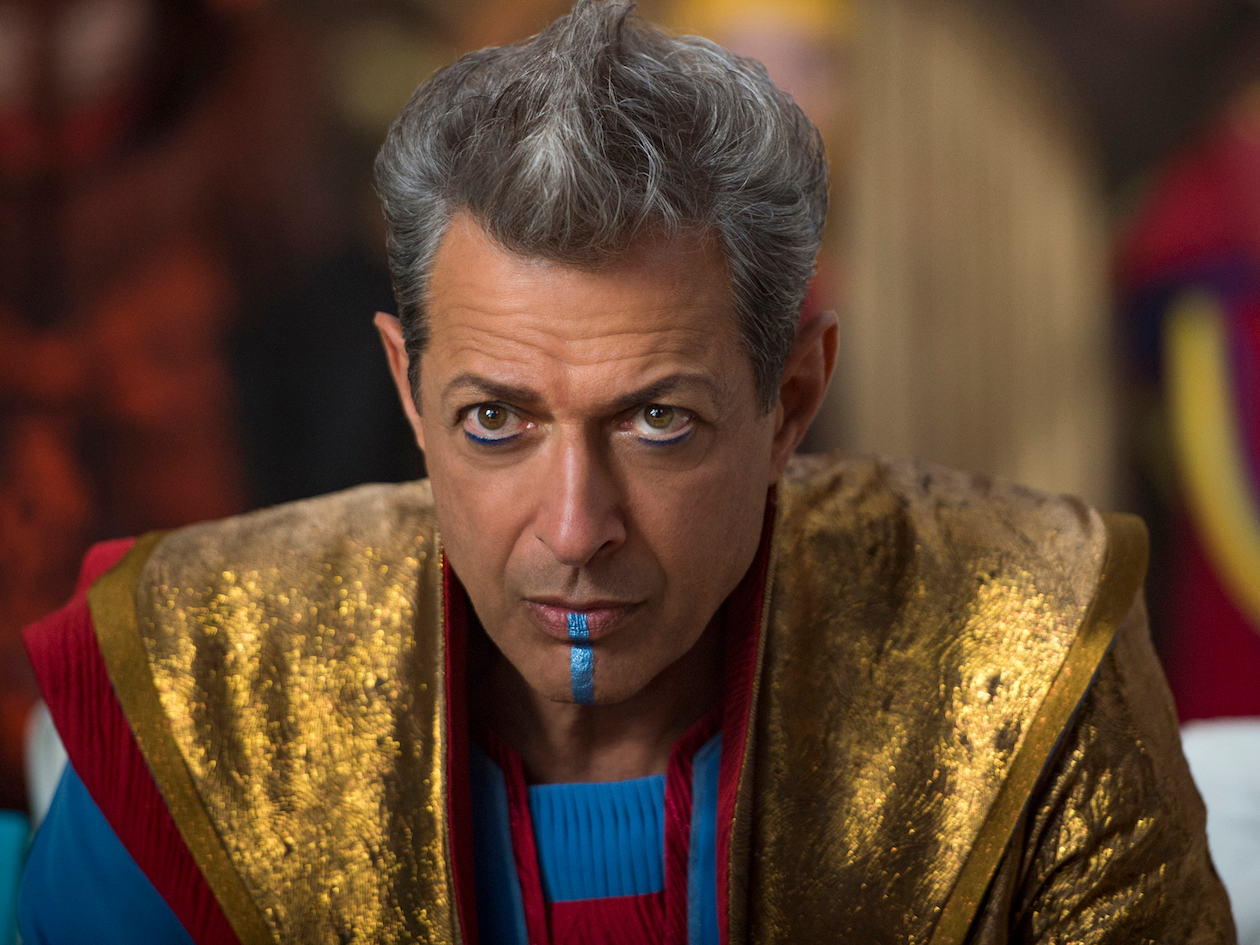 In a 2019 interview with BuzzFeed Goldblum said: “We’re talking about it, in fact. I hope so. I love Taika Waititi. He’s a great director and a friend of mine, so I hope so.”

Meanwhile, Ruffalo told Stephen Colbert that he wasn’t sure if he’d be portraying Hulk/Bruce Banner again in the MCU, but made it clear that he wouldn’t mind continuing. 2022 will be a jam-packed year for superhero movies as Marvel has two more films scheduled for release: “Black Panther 2” and “Captain Marvel 2.”

THEN AND NOW: The ‘Avengers’ stars before they were famous