Adtech CEO Gurbaksh Chahal showed off his gilded San Francisco penthouse in a
2008 episode of the reality TV show “The Secret Millionaire.”
The Rincon Hill luxury high rise, which cost a reported $US6.9 million and then another $US1 million in upgrades, is now a crime scene.

Chahal was arrested last week and released on $US1 million bail on 47 criminal assault charges against his girlfriend.

He allegedly beat and kicked her 117 times in a half hour and smothered her with a pillow, which accounts for the assault with a deadly weapon charge. The attack was reportedly caught on surveillance footage in Chahal’s bedroom.

The lavish apartment, decorated with his favourite letter and nickname “G,” served as an example of a showy attitude maligned by many in the adtech space. Now it’s crime scene.

Gurbaksh Chahal purchased the SF penthouse in Rincon Hill for a reported $US6.9 million. The self proclaimed '$US300 Million Man' spent $US1 million in upgrades, including $US250,000 for flooring alone. With 3 bedrooms and 3.5 bathrooms. Chahal told 'The Secret Millionaire' camera crew that one of the first things people notice is that the house is decorated with the letter 'G.' The penthouse has a 360-degree view of San Francisco. Chahal said that he doesn't often watch television, but when he does, he likes to do so on a big screen. And it has an assortment of gilded decorations. 'Boom, you've got a great mirror,' Chahal told the cameras. Chahal also announced that he has owned a Lamborghini ... But now, it is a crime scene. 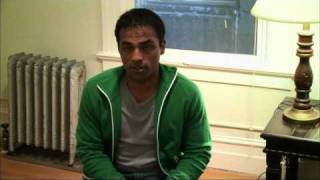 Chahal was infamous for publicizing his wealth: