What does it take to let go of what you were in order to build something different?

I keep asking myself that as I try to grow my own business and family. As best I can tell, things seem to move forward based not only on how hard I try, but also according to how well I let go of the past.

The vast majority of my missions in Iraq were made along side Artillery Batteries that had recreated themselves as mobile infantry units.

I’ll never forget the songs I heard the infantry boys singing during basic at Benning.

You see, artillery is mobile but not in the sense that the infantry is. Think of a chess board. The Queen can move any direction as far as she wants. The King can too, but only one space at a time.

So these batteries had to change. They had to let go of the routines, their old ways.

I use this blog to let go of the stuff that I no longer need. As always, it’s a process but I know I am going in the right direction which is why I think it’s time for me to let go of some of my horrors.

I will try to be gentle, but I must warn you, the information below is graphic and horrifying.

Smoke M was waiting at the outer edge of the cordon for someone with a camera. Having never seen an IED blast up close I volunteered mine.

When he asked me how to use it, I asked if it would be easier if I just came along and took the pictures. He obliged.

The flaming relic that was once a Humvee grew in my field of vision as we walked into the kill zone.

The humvee looked like balled up blackened aluminium foil. The only distinguishing feature was the barrel of the 50. Cal. The weapon as useless now as it was before. Its power negated by cowardly tenacity. 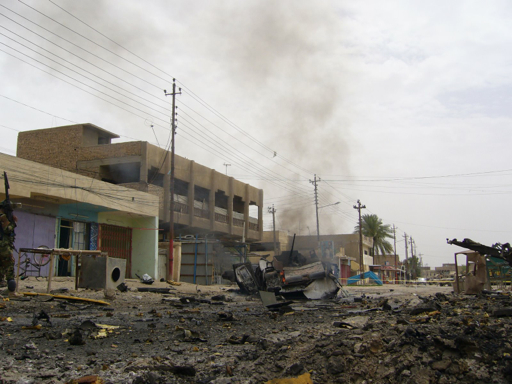 Smoke told me to take pictures of everything from every angle.

After a moment, he came back over to me, his face stricken, “there are still two guys in the truck.”

He led me past the yellow tape

“I need you to get close and take pictures for the brief.”

I couldn’t tell what was what at first.

The humvee was completely destroyed. There were huge holes in its armour, some the size of soft balls, others like buckshot.

Not only was this humvee Up-armoured, it also had the plates for double protection.

Then I saw them, or pieces of them.

Half a femur jutting from a flaming torso. The white of the bone framed by the red of the fire. 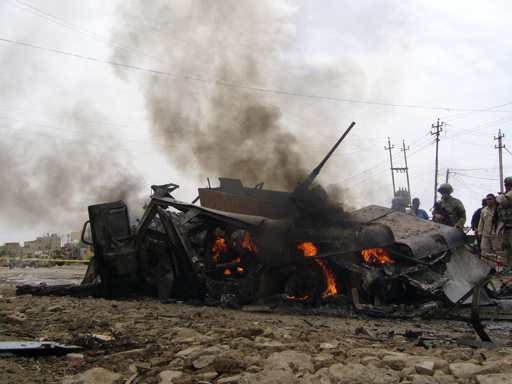 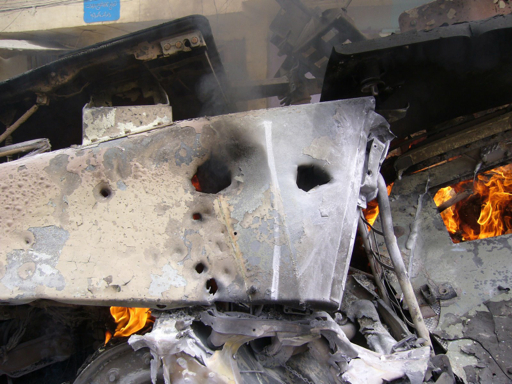 There was a feeble attempt to put out the fire with handheld extinguishers.

I didn’t feel anything. I got as close as I could. Like bacon, I could hear the bodies sizzle.

My heart was pounding hard.

Smoke called me over. The Iraqis led us to a shop that was also hit by the blast.

Inside was the shredded body of a 14 year old girl. Like a doll forgotten in the corner of a playroom, she lay in the back of the shop.

“You alright?” Smoke asked. Genuine concern on his face. He knows I’m new. 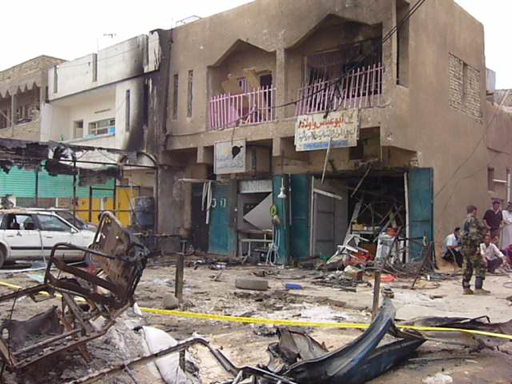 The Iraqis want to show us something else. In the alley beside the store is part of the girls face.

Laying face up, the blast must have hit her so hard that it ripped her face off before sending her body into the shop.

I remember this moment, this feeling. I wasn’t sad at the time, for the girl or the soldiers. I was angry, fascinated, and shocked.

It doesn’t seem so long ago, but I keep noticing changes in my current life as I let go of my military one. So after reading this weeks stanza it seemed time to let this story go.