This 'Box Of Crazy' Illustrations Has Reddit All Worked Up If it’s viral hoax, it’s Inception-level viral hoax.
The Box of Crazy is getting a lot of Redditors hot and sweaty right now, and if you’re into treasure, aliens, maps and mystery, this has it all waiting for you.

“I was told that you’d like to see this Box of Crazy illustrations” is the title of Redditor TramStopDan’s original post.

It links to his imgur post of 102 images. Images of, well, all sorts of crazy, starting with several pages of suspiciously uniform text regarding a possible UFO sighting and the study of it by the “Arial Phenomenon Research Organisation” (note the typo in “Arial”), with particular reference to the STEALTH project.

From the looks of it, TramStopDan became a, imgur member purely in order to post them, as it’s his only album.

That might be your first clue there, conspiracy theorists.

TramStopDan claims a friend found a box containing the images by some trash cans near his house.

The earliest dates TramStopDan can see are from the early 30s and he’s pretty sure they belong to someone called Daniel Christiansen.

Following the pages of bizarre text is quite a journey, which you should take, but here a few highlights:

There a load of beautiful old maps, all of which contain a single pinhole. TramStopDan says that may be so they could be piled on top of each other for some kind of referencing task. 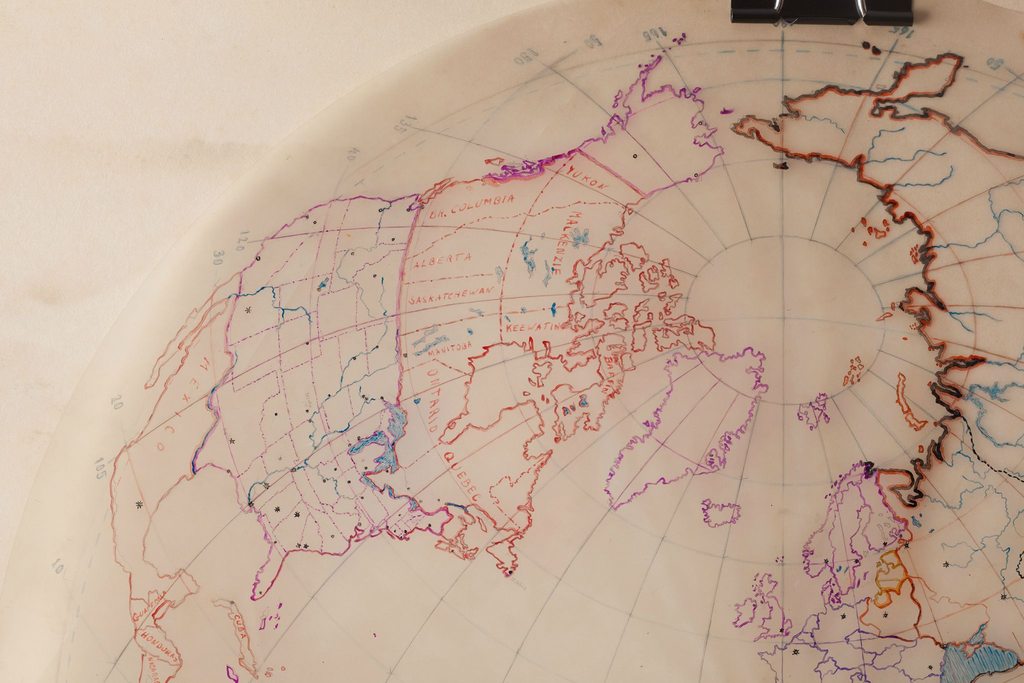 The text at the bottom of one image reads: “Carl Sagan the jewish astronomer said that he believes them” & “There is many(?) civilisation in our galaxy more advanced (illegible) are” 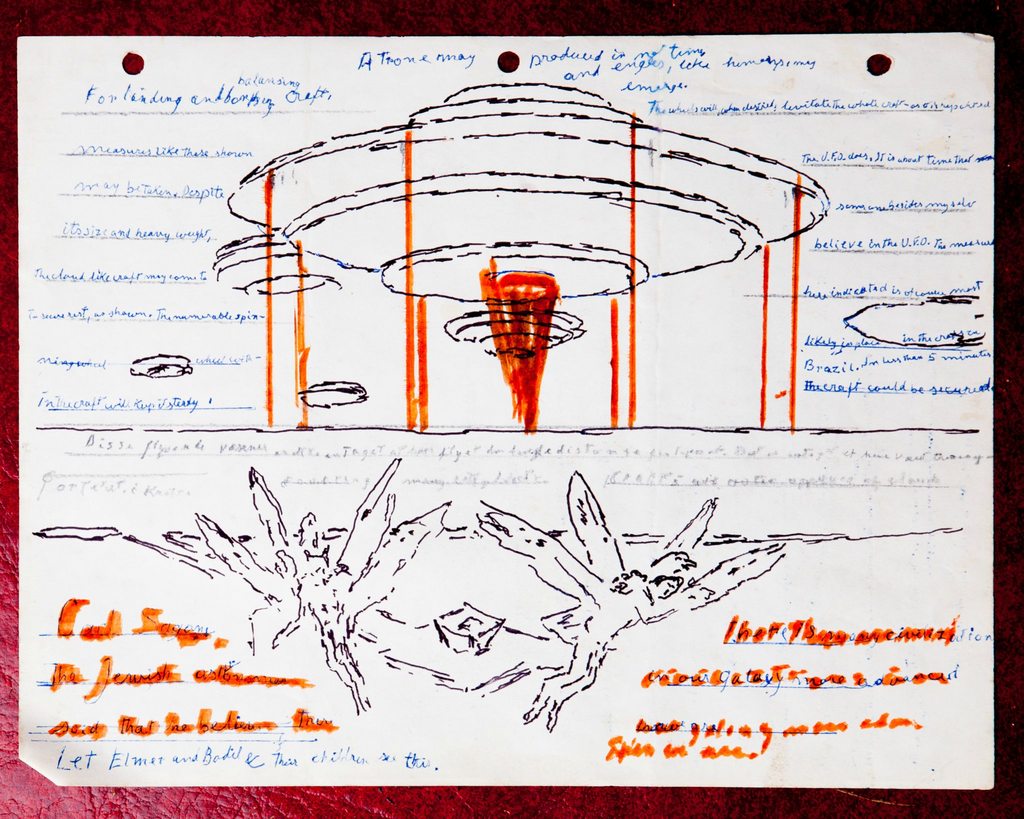 There’s a tiny cow with a helmet 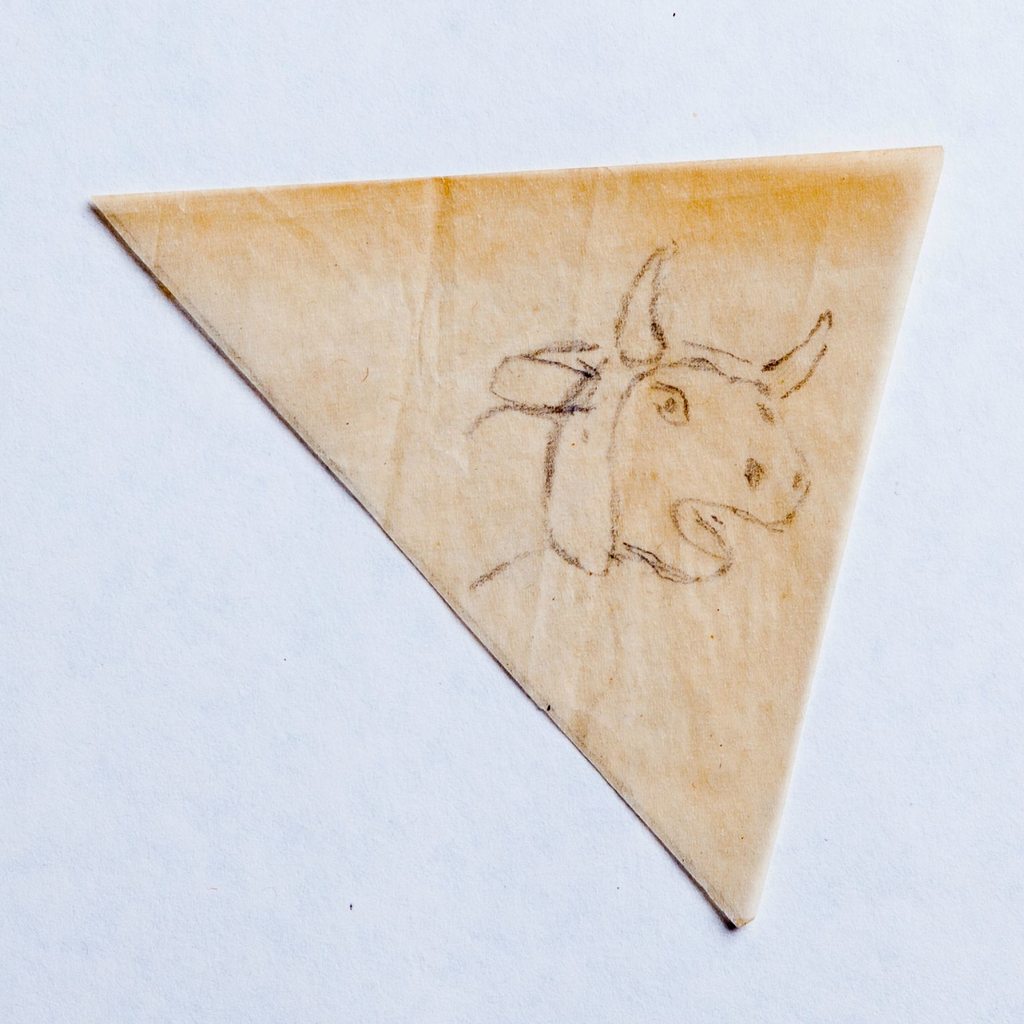 And the map of Australia is missing Victoria (but not Melbourne) 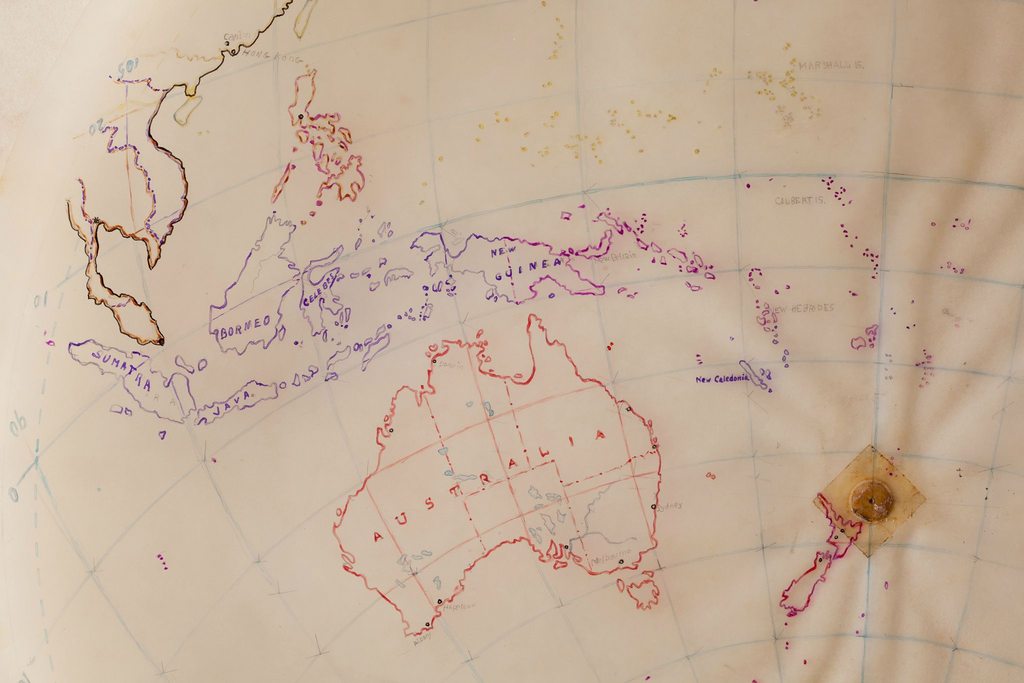 Some kind of design that looks like a patent 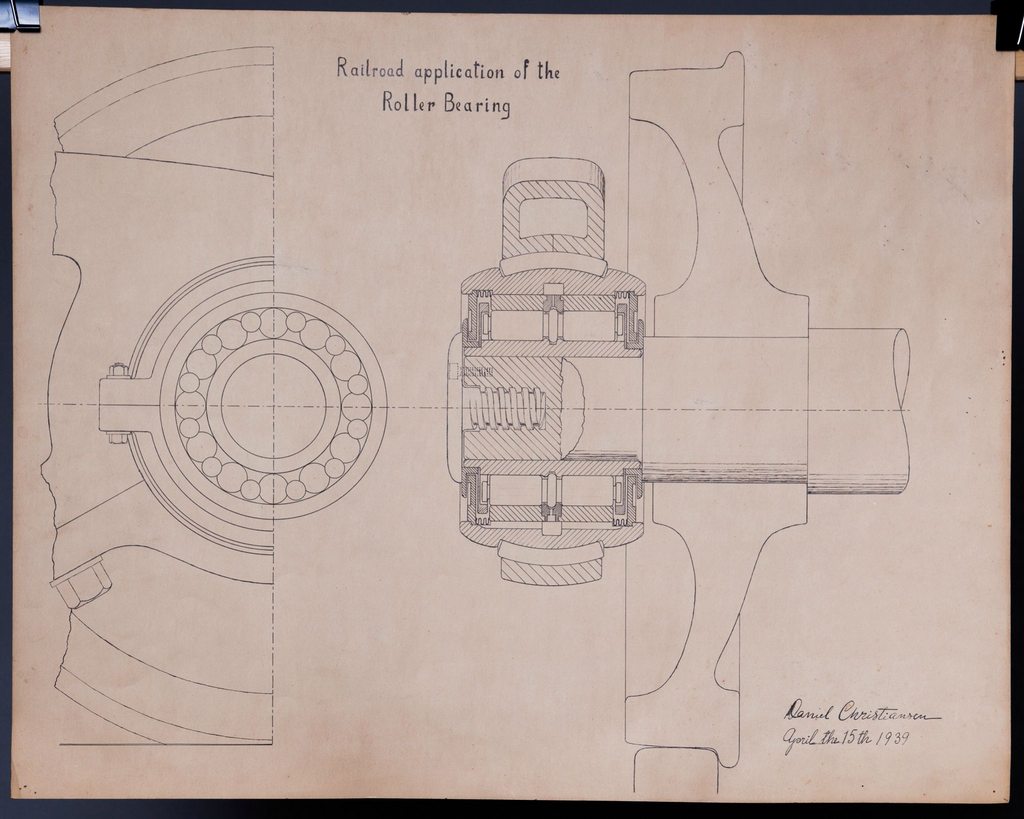 And where it gets properly weird, aliens 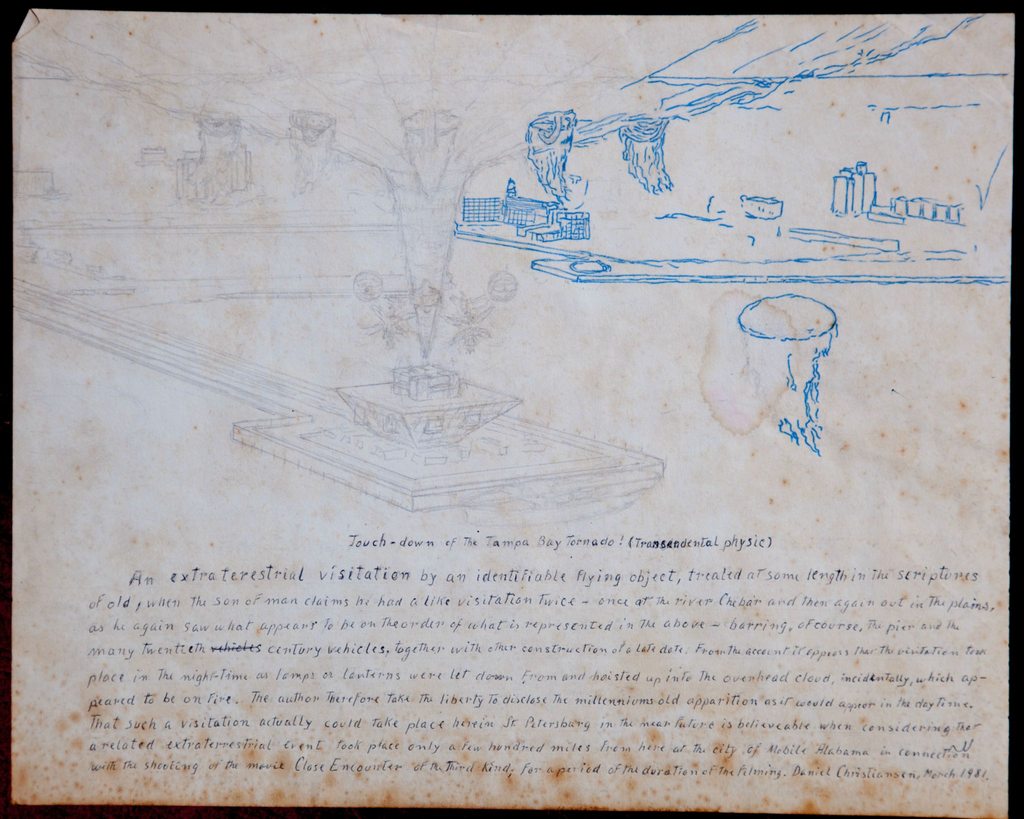 He had children. This drawings belong to them. 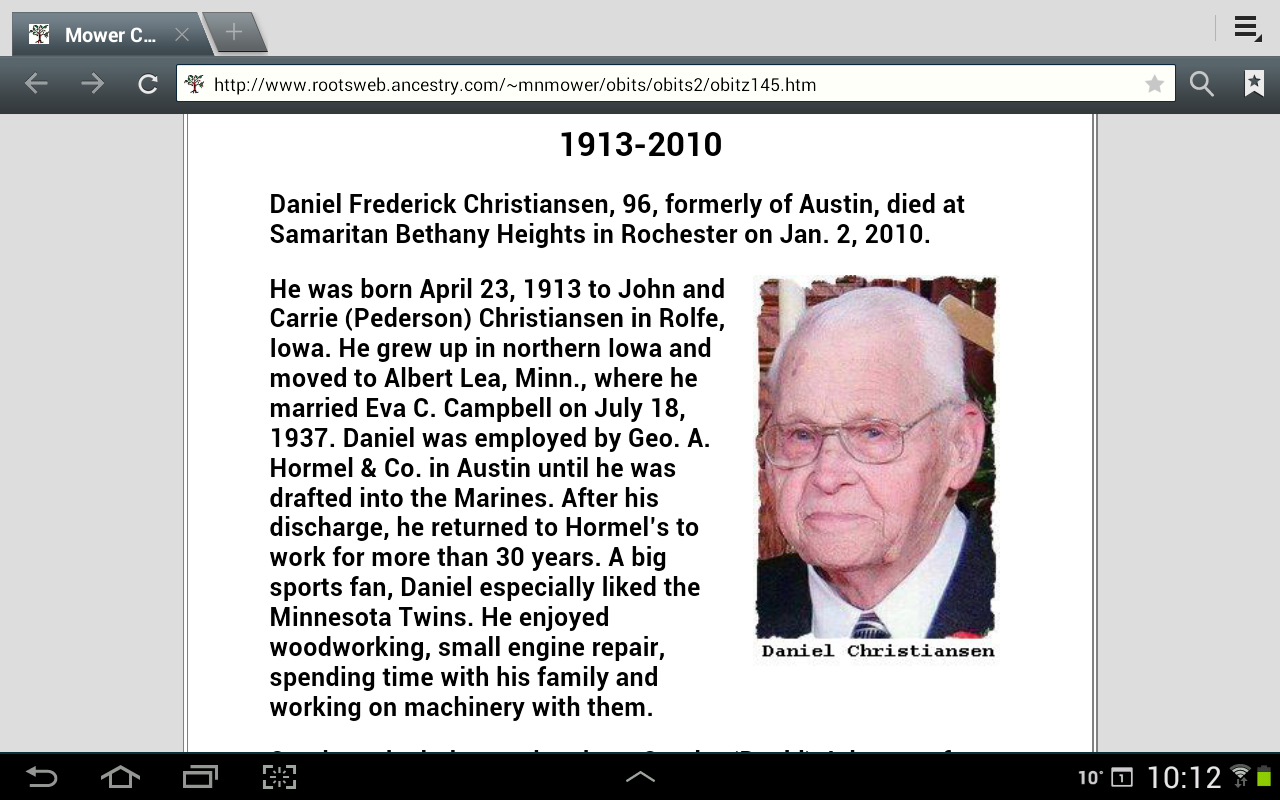 All great stuff, but is it a little too… neat? Here’s some of the pointers Redditors say highlight the possibility of a hoax:

“The font on the first pages is modern, and does not correspond with the rest of the documents. Given the new font on old or weathered to appear old paper, I’d assume this is a hoax or promotional item. Never enlist a graphic artist to create a “forged” document.”
– Reddit user pendomatic

– Christiasen is Nesa-it-sirhc backward. One Redditor claims they found a geocacher who goes by that name who lives in North Carolina.

But initials_games summed it best:

That’s a lot of work to go to in order to promote your new movie, Paramount.

If that’s true, then hey, credit where it’s due.

So, wheels within wheels.