Trump and the threat of the military in US cities has made the Third Amendment suddenly relevant. Here's what it means. 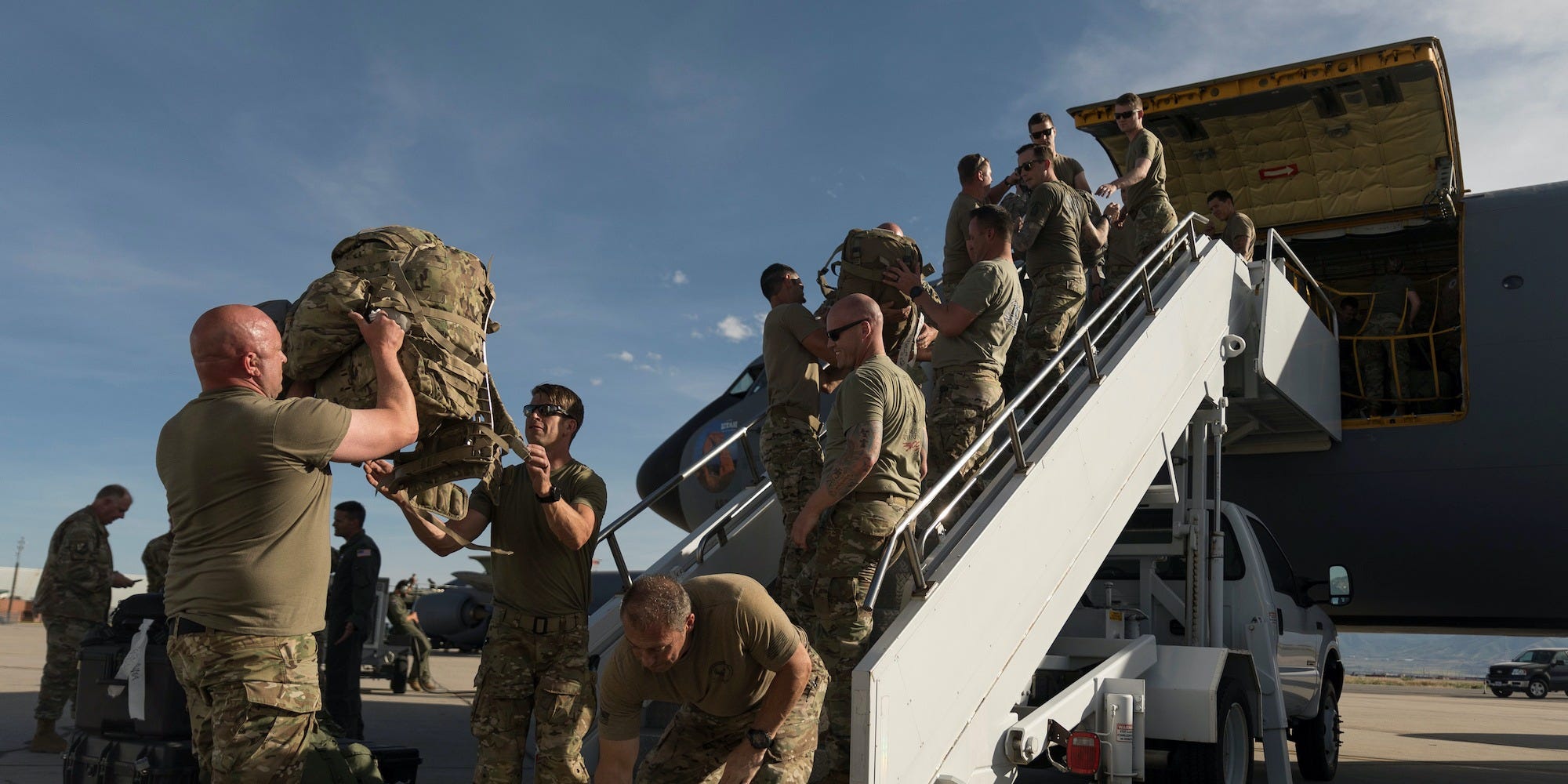 The Third Amendment is probably among the least discussed amendments to the US Constitution. But with the heavy presence of the National Guard in states across the country, as well as the nation’s capital, it’s become newly relevant in recent days.

Nationwide protests sparked by the brutal death of George Floyd in an incident involving Minneapolis police, in which an officer knelt on Floyd’s neck for roughly eight minutes, have led the National Guard to be deployed to over half the country. As of Thursday, 4,500 National Guard troops from various states across the US have been deployed to Washington, DC alone, and some are being housed in local hotels. DC Mayor Muriel Bowser on Thursday said she wants out-of-state troops gone from the city.

Across the country, roughly 75,000 National Guard troops have been activated, including 32,400 “assisting law enforcement authorities to protect life, and to preserve property, peace, and public safety.”

No active-duty troops have been called into DC to respond to the protests, but recent threats and rhetoric from President Donald Trump and the large presence of National Guard in the city has already sparked widespread concerns – including from House Speaker Nancy Pelosi. Earlier this week, Trump said he would deploy the military if governors and other local leaders failed to quell the unrest.

“We are concerned about the increased militarization and lack of clarity that may increase chaos … Congress and the American people need to know who is in charge, what is the chain of command, what is the mission, and by what authority is the National Guard from other states operating in the capital,”Pelosi said in a letter to Trump on Thursday.

In this context, some journalists and others on social media have begun discussing the Third Amendment. Some of this appears to be tongue-in-cheek, but others have raised the possibility that constitutional issues could arise as a result of the military presence in DC.

Among the arguments for DC statehood, protecting its residents against armed federal troops was not one that I had considered, tbh.

Between the people having to shelter and hide from the cops in a DC home and the active duty federal troops patrolling the city, I gotta say, can’t you just see a goddamn Third Amendment crisis in the middle of all this?

Looking up the text of the Third Amendment was not something I had on my 2020 bingo card. https://t.co/MfPP9qRnGA

The First Amendment protects the right to free speech, peaceable assembly, and the demand for justice (redress). The Third Amendment is specifically intended to prohibit military occupation of civilian spaces.

The Third Amendment to the US Constitution states: “No Soldier shall, in time of peace be quartered in any house, without the consent of the Owner, nor in time of war, but in a manner to be prescribed by law.”

The amendment was largely inspired by the experiences of colonists leading up to the Revolutionary War. In 1765, the British parliament passed the Quartering Act, which required the colonies to provide British soldiers with housing, food, drink, and even transportation. The law, which made localities accommodate British troops “in local inns, livery stables, ale houses, victualing houses and the houses of sellers of wine,” created a lot of tension between the soldiers and colonists. The Third Amendment was intended to prevent this from occurring in the newly established US.

Though serious concerns have been raised about Trump’s handling of the George Floyd protests and the use of the military to squash domestic unrest, including consternation over methods of surveillance and other matters, legal experts are sceptical that the Third Amendment will become an issue in terms of the large National Guard presence.

“The Third Amendment remains an archaic and largely obsolete remnant of another era, and is unlikely to be an issue even with the thousands of guardsmen currently present in the DC area,” Bradley Moss, a DC-based national security lawyer, told Insider.

“Unless the local military facilities in the DC area, to say nothing of hotels desperate for cash, run out of available space, there should be no need to force DC residents to house any of these military personnel,” Moss added.

To this day, the Supreme Court has never cited the Third Amendment as the basis for a decision.