She says that Lon Chaney had one “when he got bitten by that werewolf,” a pretty obscure reference to the 1941 movie “The Wolf Man.”

The “Halloweentown” book has creatures in it that we see later in the film.
The Cromwell kids are first introduced to Halloweentown through the storybook Grandma Aggie shows them.

The book shows illustrations of creatures we later see in the town, such as a vampire and werewolf. But the vampire in the book has green skin, and the one shown at the dentist’s office does not.

The “Halloweentown” book was created specifically for the movie, which is why the drawing of a witch on a broom looks so much like Marnie.

Unlike the picture book above, the “Book of the Dead” is real.
Grandma Aggie gives Marnie a small stone with a symbol on it that reminds Marnie of Egyptian hieroglyphics.

In particular, she says that the symbol reminds her of the ones in the “Book of the Dead,” which is an ancient Egyptian text.

Despite the strange nature of the comment, he’s correct — the claim lacks substantiated evidence of children dying or being hurt from their collected candy.

Although the sign feels unnecessary because Aggie already knows where the stop is, it does make for a fun detail — there’s an identical sign with the same red lettering and webbed design at the Halloweentown stop.

One of the monsters on the bus references Jerry Springer.
While the kids are hiding on the bus to Halloweentown, they overhear a conversation between a demon and Frankenstein.

The demon mentions Jerry Springer while complaining about how humans are hard to impress.

Springer is a real-life television show host best known for the fiery and dramatic daytime series “The Jerry Springer Show.”

An unknown creature steps off the Halloweentown bus.
Plenty of strange creatures wander Halloweentown, most of which are recognizable fantasy and horror monsters — cyclops, vampires, werewolves, among others.

Yet one unique being that steps off the Halloweentown bus is never identified by name. The unclassifiable creature has green skin, leopard-print clothing, and bright-red lips.

And stranger still, there is no entry for this creature on the cast list.

“Halloweentown” puts a unique spin on typical cab decor.
When the Cromwell kids take a taxi to their grandmother’s house, the driver is an upbeat skeleton named Benny — and his car decor adds a spooky twist.

Benny has what appears to be tarot cards in the sun visor, where other drivers may typically hang pictures of their family.

The name of the cab company is also visible on the driver’s door — Benny works for “Psychic Cab,” and its slogan is “We know where you want to go.”

Marnie reference a Disneyland ride.
When the children first arrive in Halloweentown, skeptical Dylan tries to find logical explanations for the magical world around him. He mentions the cab driver, Benny, is likely animatronic like the figures in Disneyland.

Marnie makes a comment about Mr. Lincoln, which refers to a specific attraction at the California Disney park, The Disneyland Story presenting Great Moments with Mr. Lincoln.

This comment is also a fun Easter egg for viewers who know that Benny was actually a robot.

The frog-shaped lock on the fence contains a hidden Mickey.
Before they can enter Aggie’s house, the Cromwell kids have to find a way to open a lock on their grandmother’s front gate. Sophie calls the lock frog-shaped, and turns the lock into an amphibian to open it.

Although it isn’t mentioned, the lock looks like a hidden Mickey, shapes resembling Mickey Mouse’s head that Disney often sneaks into its movies.

Grandma Aggie’s microwave settings reference a famous witch quote.
When Aggie makes her instant spell, she heats it up in what resembles a microwave. However, there are buttons on it labeled “bubble,” “toil,” and “trouble.”

This is a reference to a Shakespeare quote. During the “Song of the Witches” scene in “Macbeth,” the trio of witches say those three words as they work on a spell.

The surface of the witch’s glass seems to use the same visual effect as the movie-theater screen.
Aggie uses her witch’s glass, a large, cauldron-like object, to see the face of the evil that is destroying Halloweentown. When the villain’s face appears, the pot’s background shifts and becomes cloudy.

Later in the film, a monster walks through the movie screen into Halloweentown, using what seems to be the same cloudy effect.

The Merlin lore mentioned in the movie isn’t entirely accurate.
Aggie shows the children a talisman that is later needed to stop the evil forces threatening Halloweentown. When she shows the item to the kids, she says that Merlin used it to “end the Dark Ages.”

Although Merlin’s lore does mention his magical abilities, his traditional story does not involve a talisman or mention the Dark Ages.

Aggie has been alive since at least the sixth century.
While Aggie prepares the witch’s brew, she tells her grandchildren that she got the recipe for it during the sixth century, “around King Arthur’s time.”

Aggie’s comparison appears to be accurate — the man the legendary King Arthur is based on is likely from the fifth or sixth century.

However, the movie never explains how she is centuries old but has a daughter and grandchildren alive in the 20th century that age normally.

Halloweentown residents use pumpkins as bowling balls.
The objects the residents carry, such as brooms and wands, give viewers a glimpse into life in Halloweentown.

One group that the Cromwells pass is identified by Aggie as a bowling league, but they aren’t carrying any bowling balls. Instead, they’re holding pumpkins which are apparently used for the sport.

Marnie’s broom handle looks like a duck’s head.
After an amusing interaction with the broom-store owner whose mannerisms mimic those of a used-car salesman, Grandma Aggie buys Marnie her first broom

Though none of the characters mention it, the broom that Marnie flies has a duck head-shaped handle, a subtle detail that helps her broom stand out.

The Halloweentown pool puts a spooky twist on the typical “Lifeguard on Duty” sign.
The Cromwell kids need ghost sweat for their spell, so they head to the Halloweentown gym’s steam room.

Before walking into the sauna and pool area, the kids pass a sign that says,  “No deathguard on duty” — a fitting twist on the usual pool signage.

When the vampire’s tooth is “removed,” it’s clearly just painted black.
A vampire gets one of her teeth pulled at the Halloweentown dentist, which is very convenient for the Cromwells, who need a vampire tooth for their spell. But after the tooth is “pulled,” it’s still clearly visible.

Instead of digitally removing the tooth or simply not showing the vampire’s mouth, there’s a shot that shows the vampire’s tooth is still in her mouth, it’s just painted black. 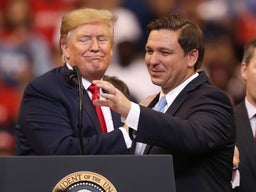 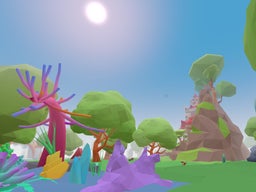