10 things that will change when Kate Middleton becomes Queen consort 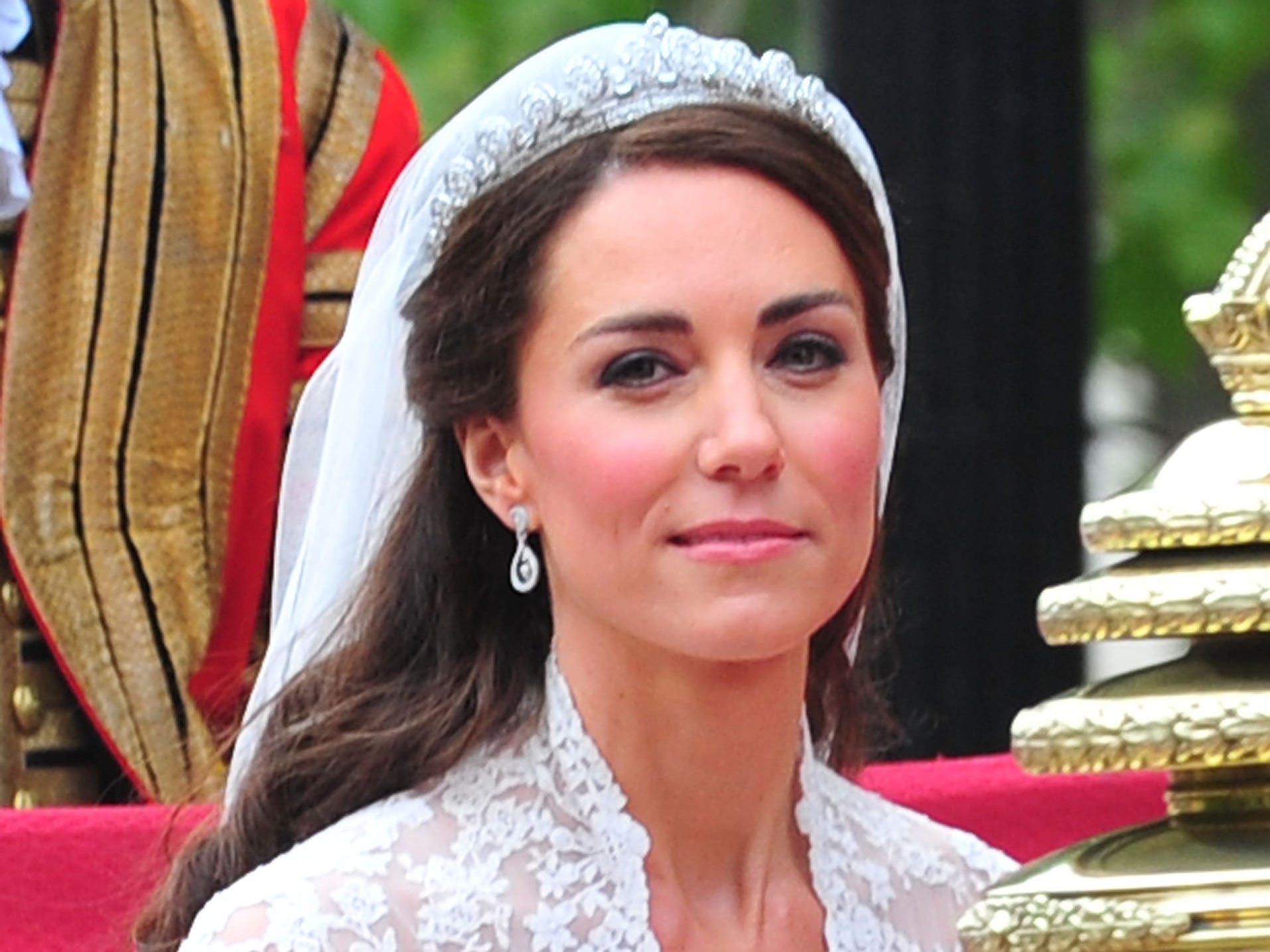 Ferdaus Shamim/WireImage/Getty ImagesCatherine, The Duchess of Cambridge on her wedding day.

1. Middleton will be able to incorporate her name into her title for the first time 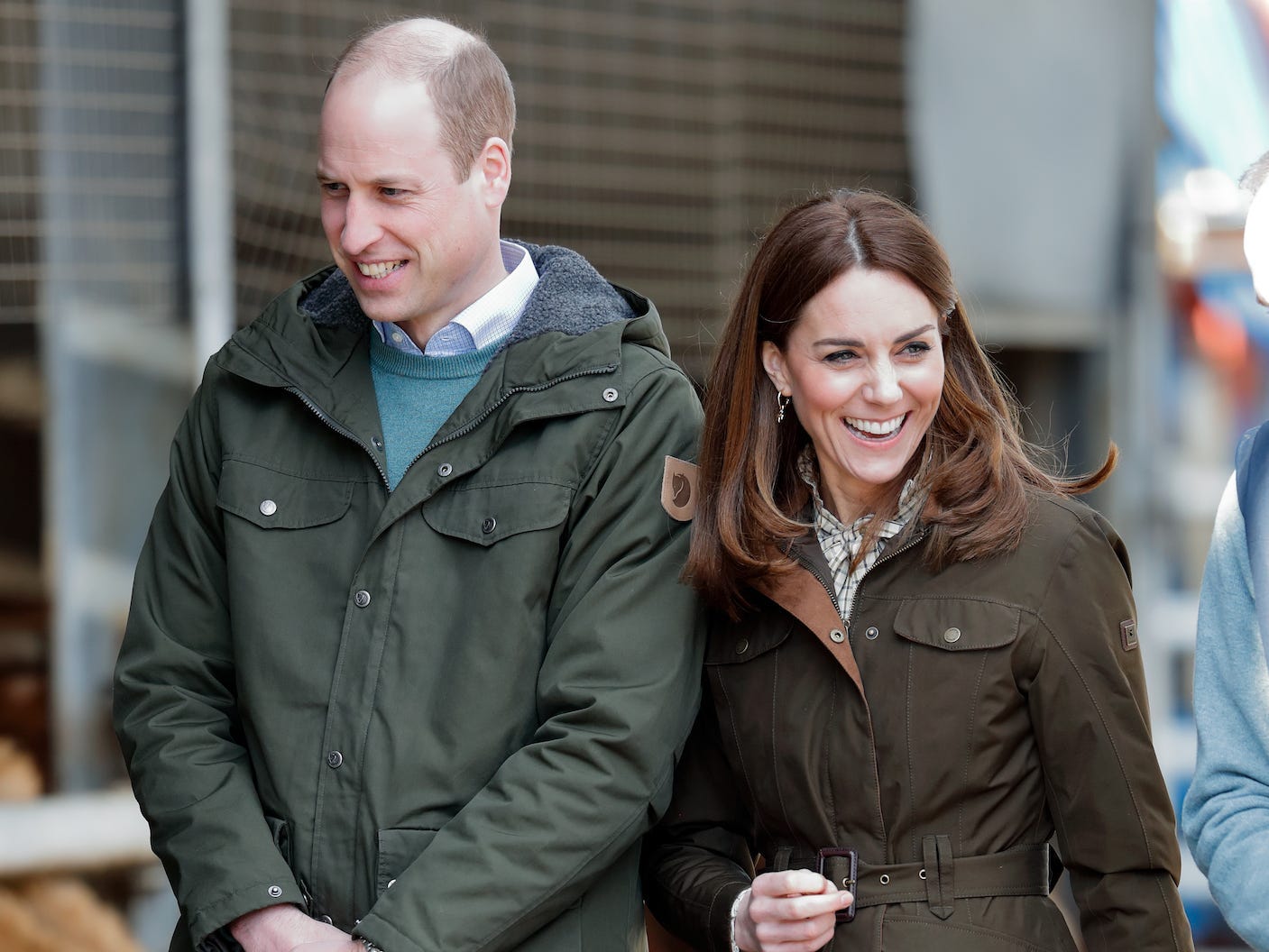 Middleton’s current title is “The Duchess of Cambridge.”

While some fans may refer to her as Duchess Catherine, this isn’t technically correct as only blood princesses are allowed to use their first name after their title.

The only time she will be able to do this is when she becomes Queen consort.

2. The duchess’ job description will change 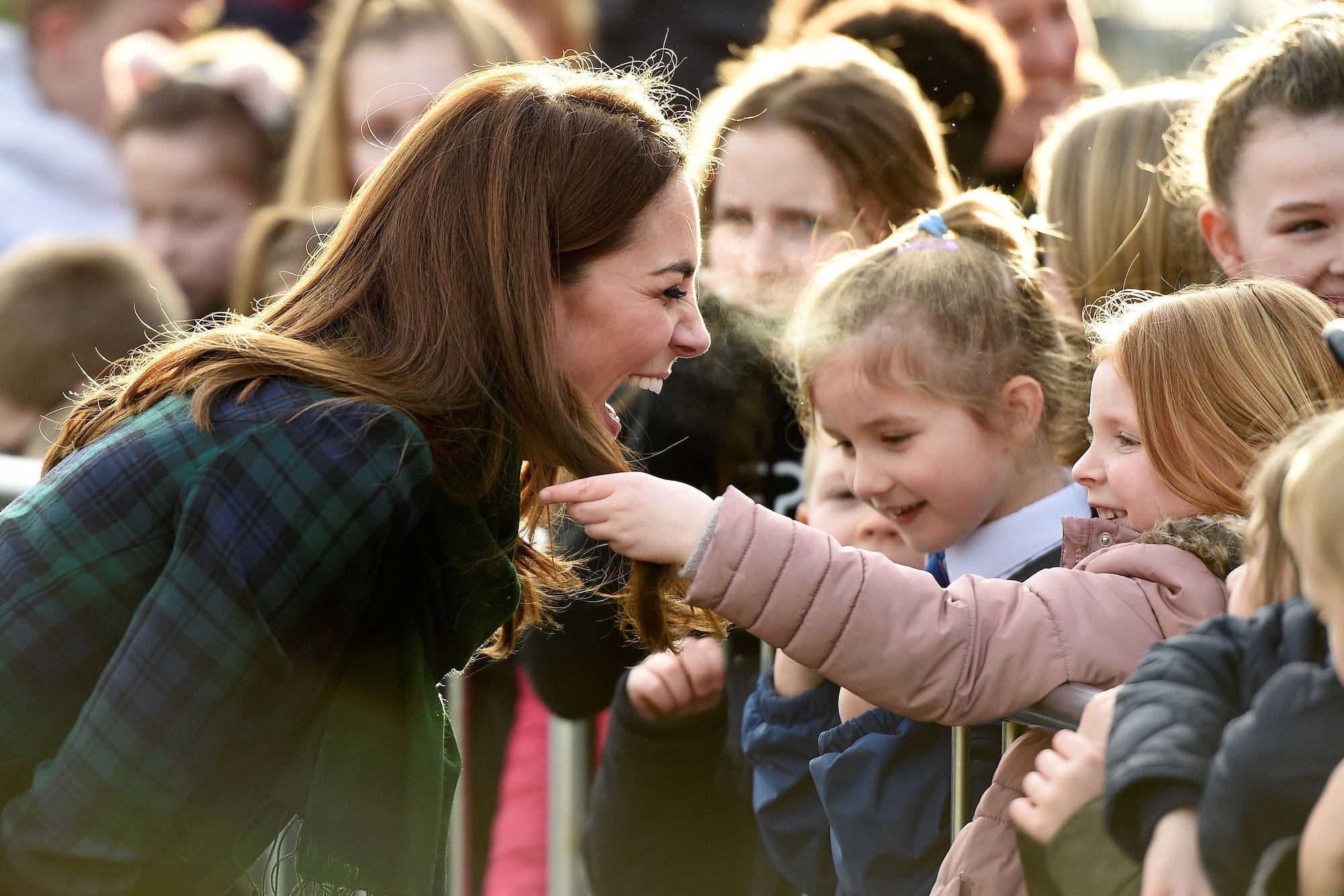 IAN RUTHERFORD/AFP via Getty ImagesMiddleton meets a young fan during a public walkabout.

Middleton’s current job description states that she “works in support of The Queen in carrying out Royal duties both at home and overseas.”

This involves her attendance at Buckingham Palace garden parties hosted by Her Majesty, the monarch’s Trooping the Colour birthday parade, and official state banquets.

However, when William becomes king, it will be his job to host these engagements. Middleton will be by his side in her role as consort (partner of the monarch).

“Catherine’s role will certainly change as she will be the consort of the sovereign,” Koenig told Insider.

“There is no real constitutional role for a consort, just by tradition. She will be the first lady of the land, in terms of precedence.”

3. She will have a greater workload Karwai Tang/WireImage/Getty ImagesCatherine, Duchess of Cambridge and Prince William, Duke of Cambridge ring the Peace Bell during their royal tour of Northern Ireland on March 3, 2020.

If our current Queen’s husband, the Duke of Edinburgh’s role as consort is any indication, it certainly seems Middleton will have increased royal duties in her new role.

Prince Philip is Patron, President or a member of over 750 organisations and founder of The Duke of Edinburgh awards. Middleton, meanwhile, is patron of 21 organisations.

The duke carried out a total of 22,219 solo engagements before his retirement in 2017, according to BBC News.

It’s likely the duchess could become patron of an increased number of organisations and carry out a similar volume of engagements as Philip in the years leading up to and during her time as Queen consort.

4. Middleton will be crowned after Prince William’s coronation ceremony 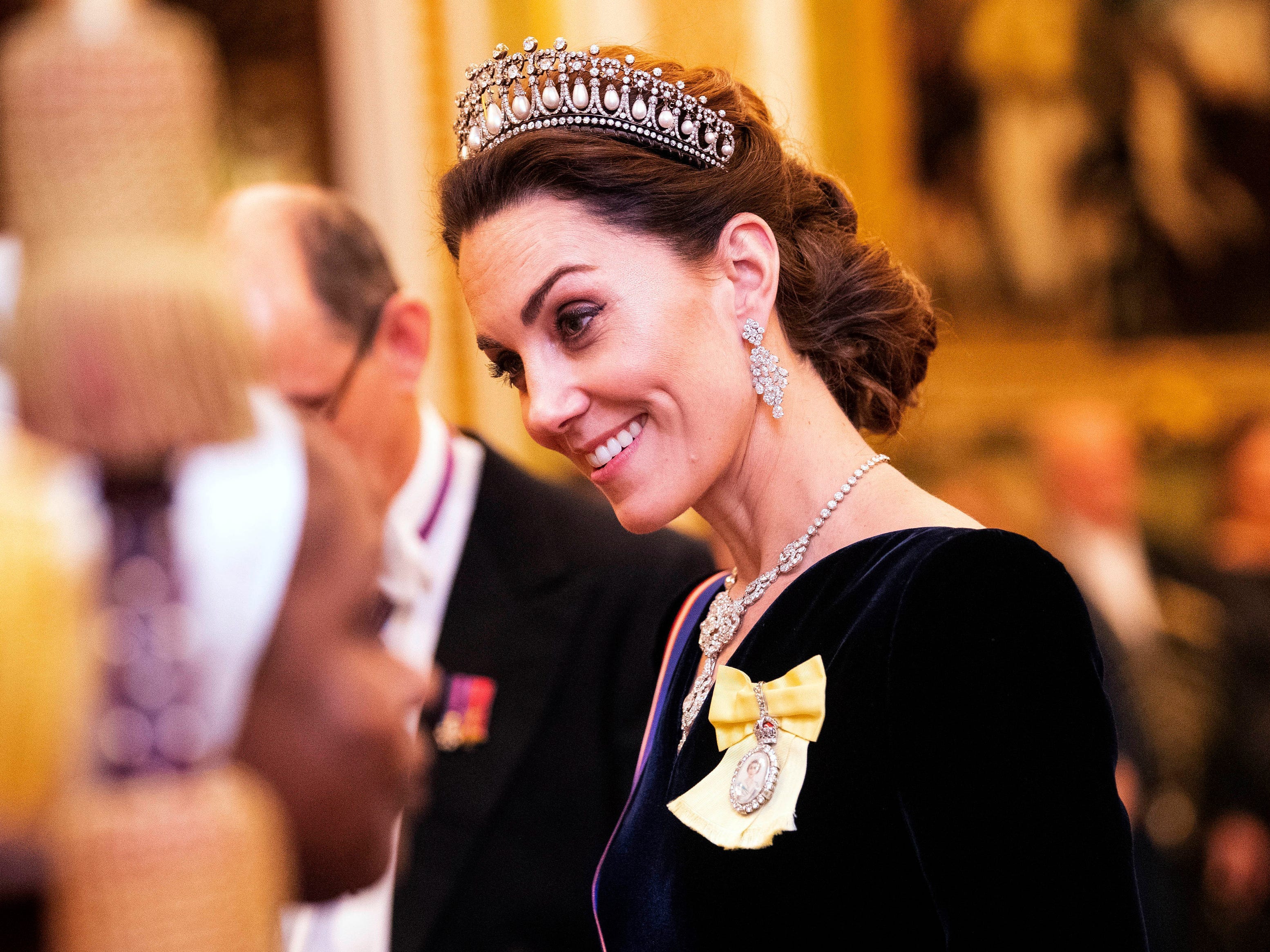 Unlike Prince Philip, Middleton will be crowned alongside William. That’s because, while it’s not protocol for male consorts to be crowned, it is tradition for the female consorts.

“Unless decided otherwise, a Queen consort is crowned with the King, in a similar but simpler ceremony,” the royal family’s official website states.

“If the new Sovereign is a Queen, her consort is not crowned or anointed at the coronation ceremony. After the present Queen was crowned The Duke of Edinburgh was the first, after the archbishops and bishops, to pay homage to her.” 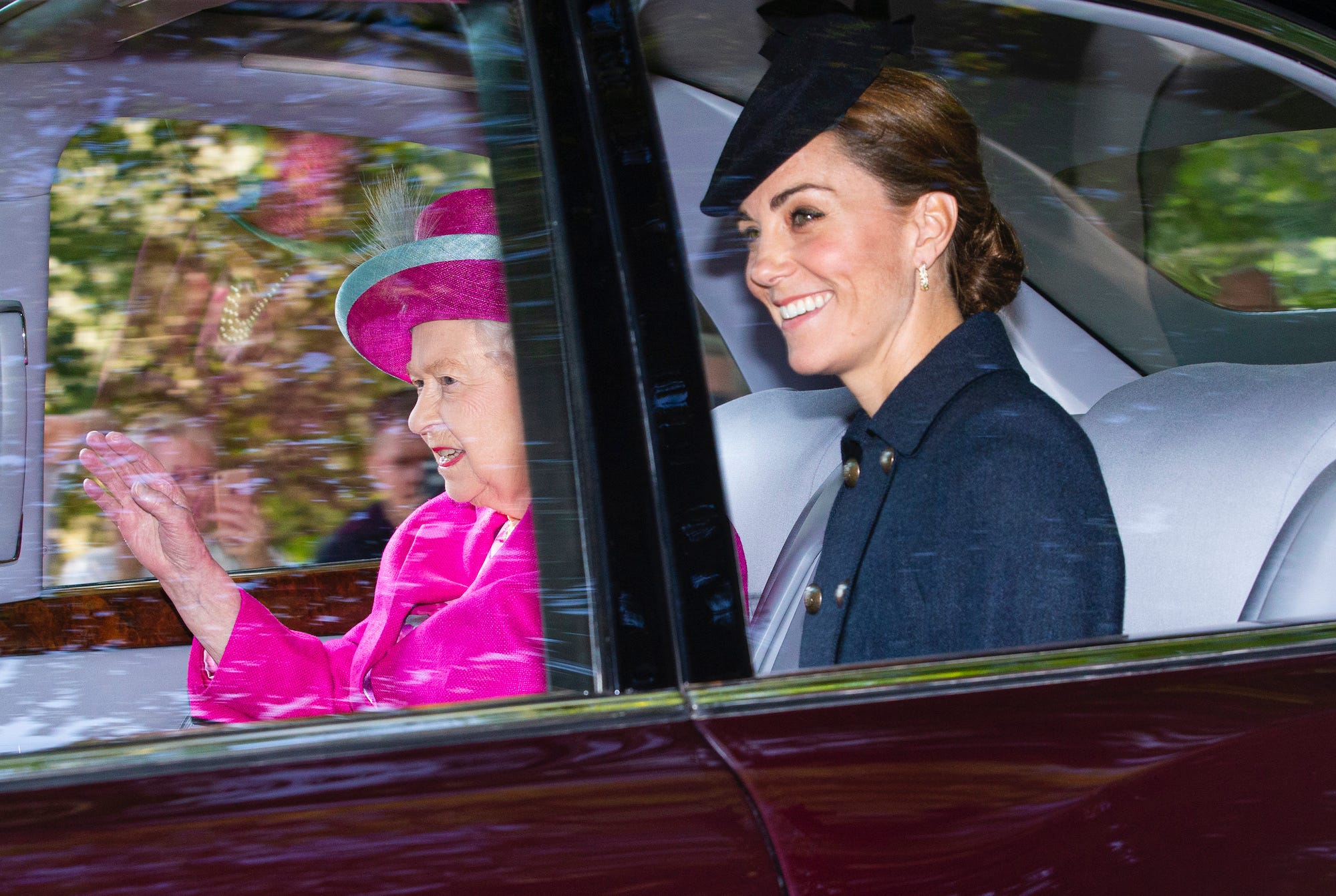 Duncan McGlynn/Getty ImagesKate Middleton and the Queen on their way to church together.

While Middleton’s representatives at Kensington Palace have a similar “no comment” policy to Buckingham Palace when it comes to dealing with the press, they sometimes make exceptions to the rule.

Most recently, the palace criticised the British magazine Tatler for its profile on Middleton, entitled “Catherine the Great,” with a spokesperson saying the article was filled with a “swathe of inaccuracies and false misrepresentations” before the publication eventually deleted excerpts that were requested by the duchess.

However, she could take a different approach when she becomes Queen.

Our current Queen rarely engages with the media, having adopted the “never complain, never explain” mantra that was first introduced by the Queen Mother in 1936.

6. She will never have to curtsy again 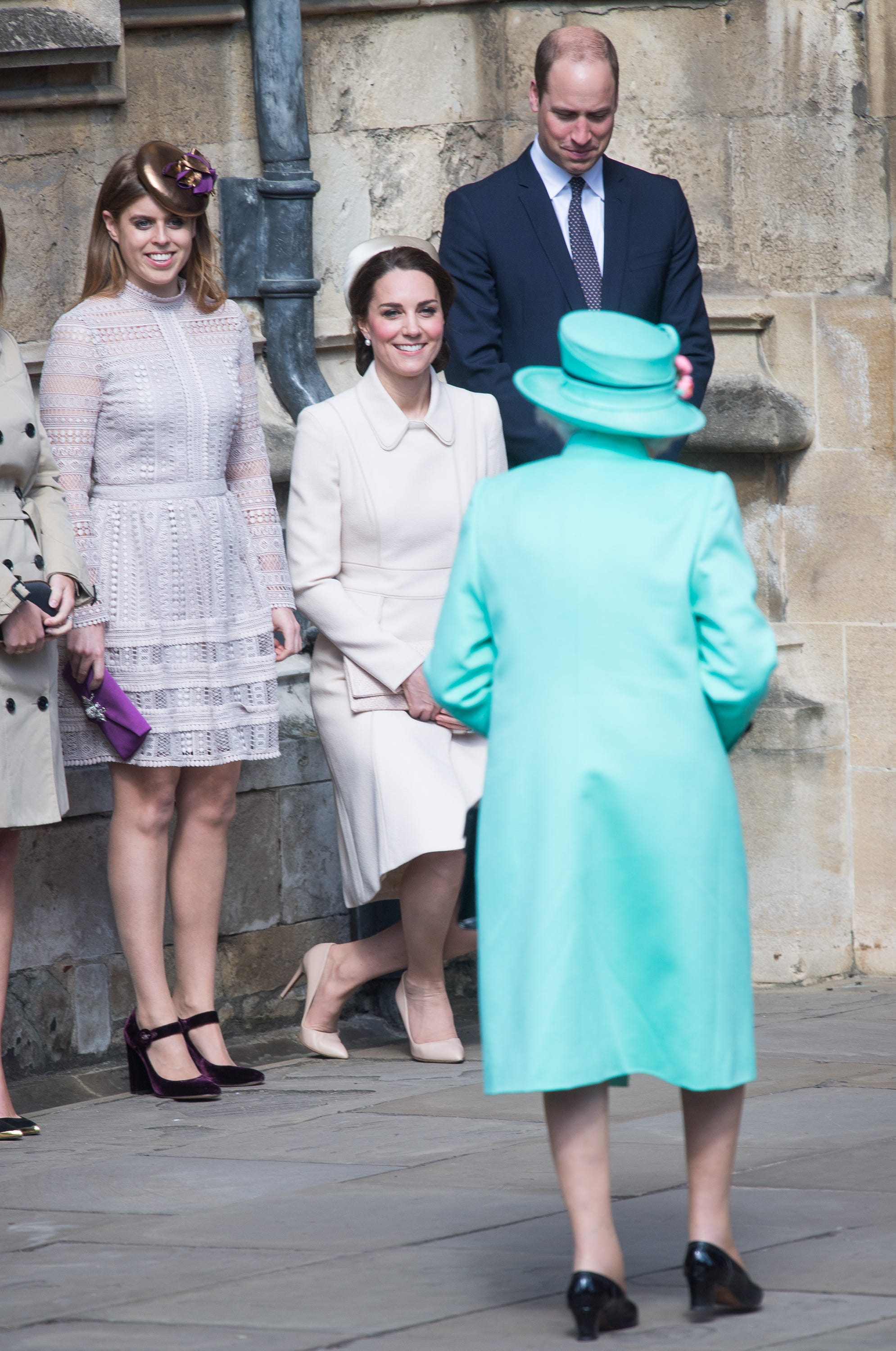 Ferdaus Shamim/WireImage/Getty ImagesKate Middleton is pictured curtsying to the Queen after a church service.

The tradition states that members of the royal family should curtsy or bow their heads to those who are higher in rank.

Therefore, Middleton currently curtsies to the Queen and Prince Philip, Prince Charles, and the Duchess of Cornwall.

When she becomes Queen consort, the only person who will outrank her is William, and so she will likely never curtsy again. Instead, the remainder of the royal family, including Meghan Markle, will be required to curtsy to her.

7. She will move to Buckingham Palace The 775-room royal residence in London has acted as the official residence of Britain’s monarchs since 1837.

When William is crowned, the couple will relocate from their Kensington Palace home to Buckingham Palace, which will act both as their home and their administrative headquarters.

However, if William dies before Middleton, the palace will automatically become the headquarters for the next monarch, their son Prince George.

In that instance, Middleton would likely relocate to another royal residence, like The Queen Mother did by moving to Clarence House when the current Queen took the throne.

8. However, the palace likely won’t be her only royal residence 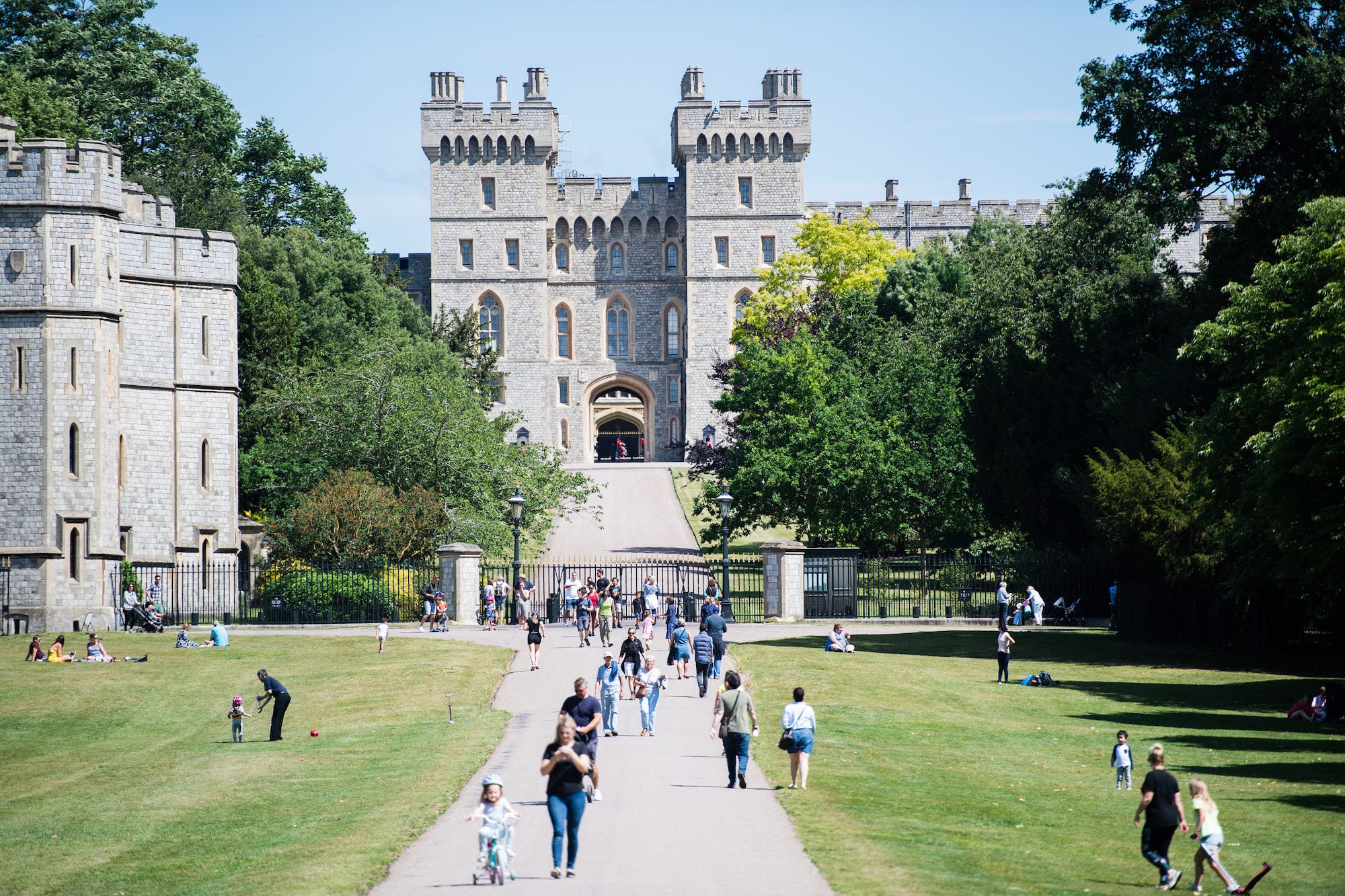 The current Queen currently spends time in a number of royal residences, including Windsor Castle, Balmoral Castle, Holyrood Palace, and the Sandringham estate.

Since some of these residences, like Balmoral Castle and Sandringham, are privately owned by the current Queen, she could allow any member of the family to inherit them after she passes away.

9. Middleton and William will likely become the hosts for the royal family’s Christmas celebrations 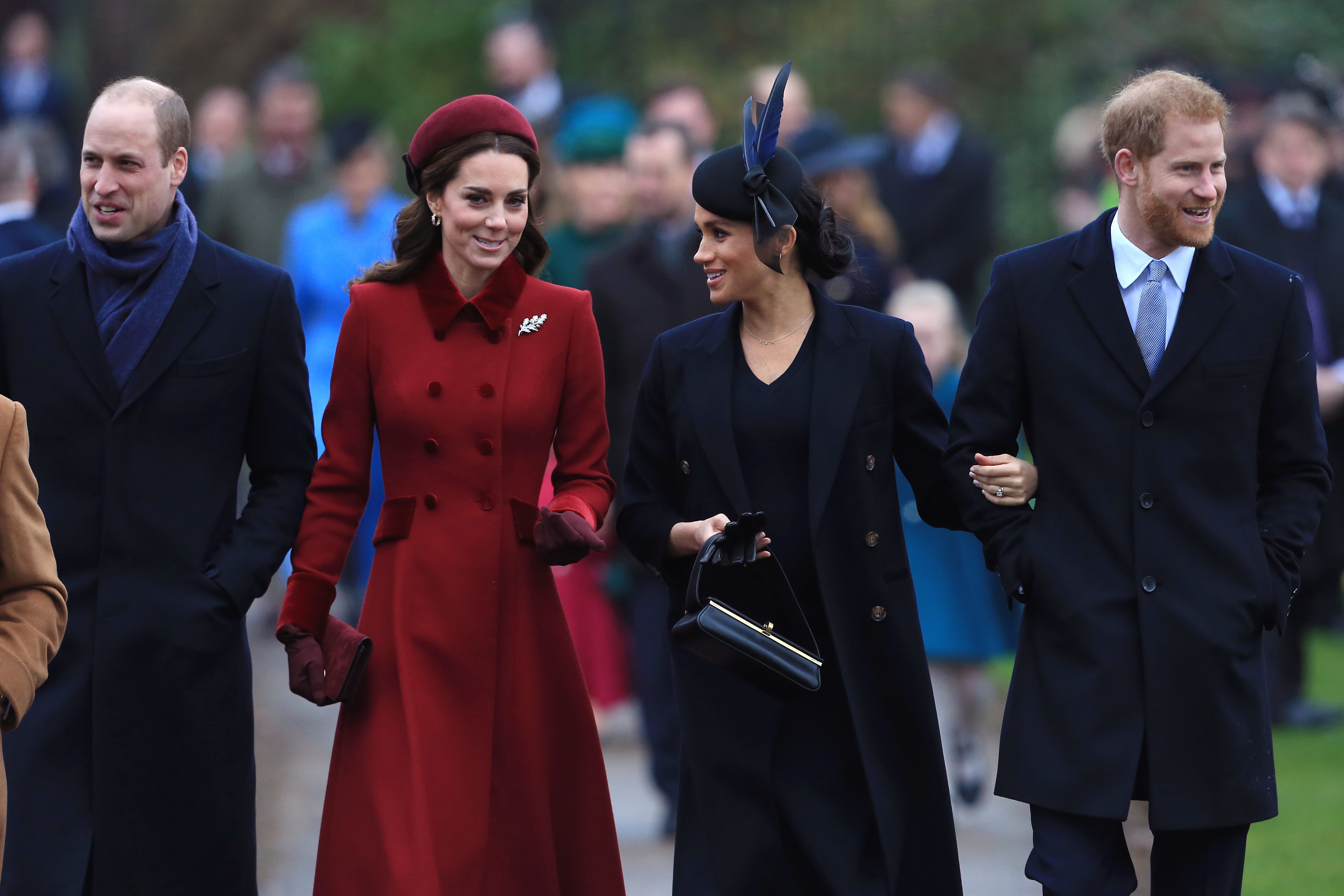 If the couple do inherit Sandringham, it’s likely they will host the royal family’s Christmas celebrations there, as Queen Elizabeth II and Prince Philip do every year.

It’s tradition for the royal family to exchange gifts at the Norfolk residence on Christmas Eve, before attending church together on Christmas morning and enjoying a meal together prepared by the royal chefs at the residence that evening.

10. Middleton will likely be more informal than our current Queen 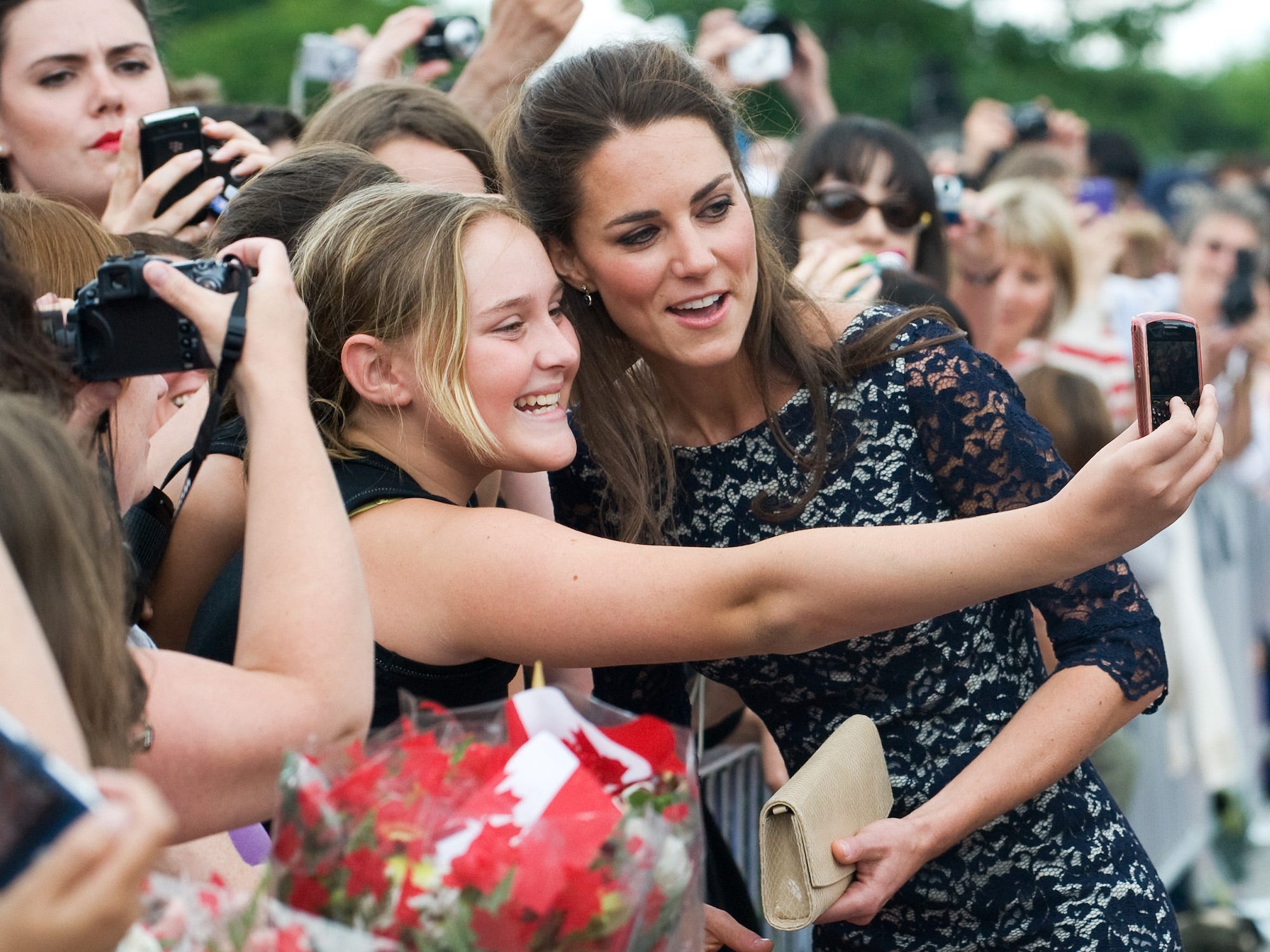 Samir Hussein/Getty ImagesThe Duchess of Cambridge took a selfie with a fan in Ottawa, Canada in 2011.

“I think it is difficult to predict what her role will be like, but I expect that King William V and Queen Catherine will be far more informal than previous sovereigns and consorts,” Koenig told Insider.

The couple have been praised for modernising the monarchy over the years, having made informal appearances on radio shows, podcasts, and TV shows. They often stop to speak with well-wishers during their royal tours and have even taken selfies with fans, which has traditionally been considered against protocol.