andresr/Getty ImagesBartenders may never garnish a drink with their bare hands ever again.

As many bars and restaurants nationwide begin to reopen their doors to customers and dine-in service, you might be surprised by the things bartenders and servers can never do again.

Insider spoke to Jacob Briars, the global advocacy director at Bacardi Limited, about what customers can expect from bars and restaurants as they begin to reopen, from the absence of shareable drinks to a different kind of menu.

“Ultimately we crave human interaction and the sense of community that bars and restaurants provide, and if we all play our part we can be back to that soon,” he told Insider. “We go to bars for a feeling of community. And so, I would also urge everyone to find ways to support their local bars however they can – they are such a big part of our neighbourhoods, so be sure to give them your business in whatever way is safe to do so, to make sure we have bars to go back to!”

Here are nine things servers and bartenders might never do again after the pandemic.

Bartenders won’t garnish your cocktail with their bare hands. 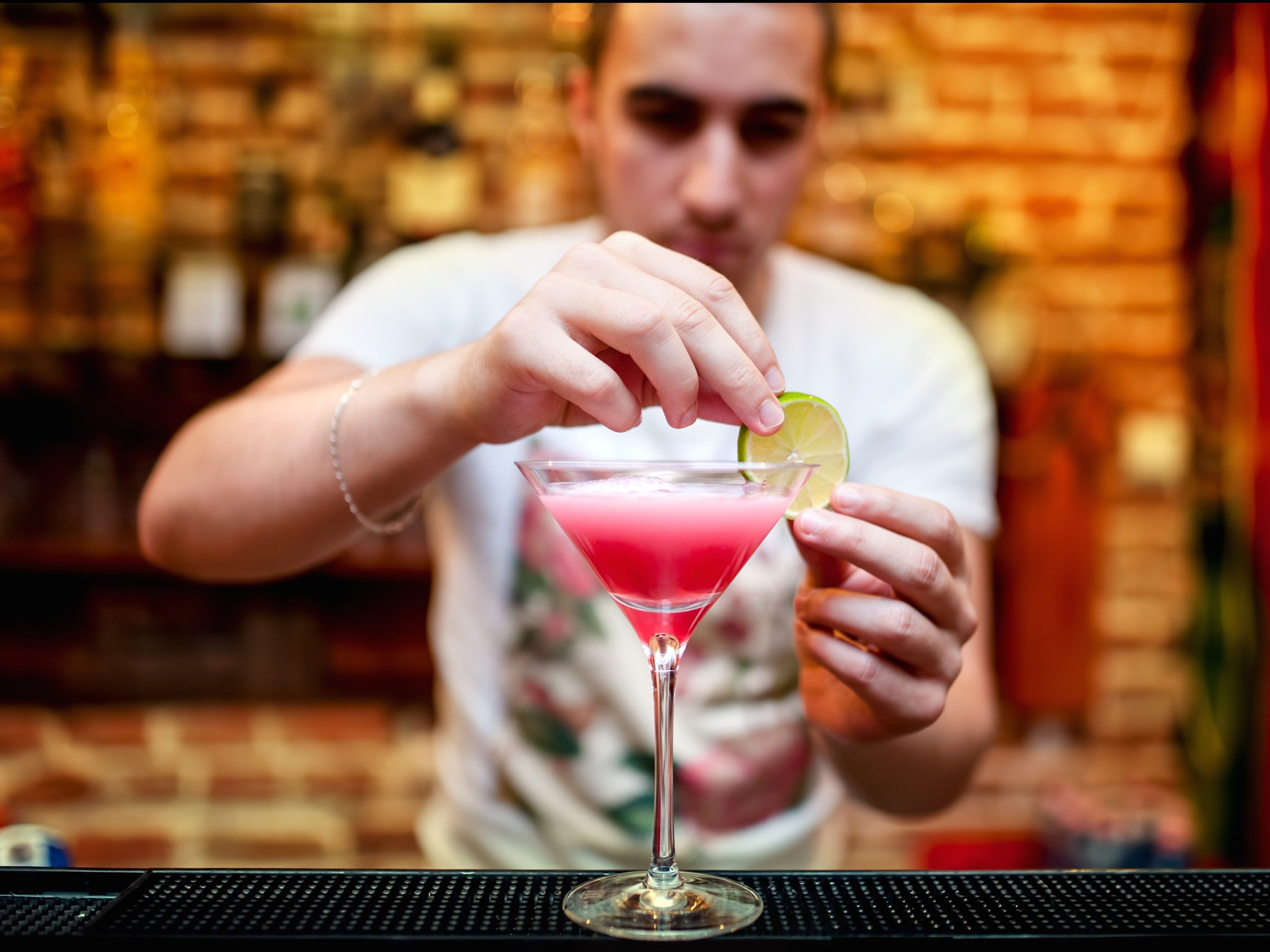 Before the coronavirus pandemic swept across the country and the world, it would have been commonplace to see a smartly dressed bartender gingerly placing a lime, lemon peel, or hand-grated orange zest onto the surface of your cocktail.

While garnishes, in general, will of course be available after the pandemic, bartenders and servers will likely garnish drinks with gloves on, rather than with their bare hands.

Most bartenders and servers won’t be working without wearing a mask, either.

“The primary aim of every server and bartender right now is to make you feel safe. So, in many bars, they will be wearing masks,” Jacob Briars, the global advocacy director at Bacardi Limited, told Insider. “They aren’t doing it for them, they will be doing it for you – and if they are, it will be because they are required to either by their business or their city or state, so don’t tell them to remove it.”

Briars said that like many other changes people have adapted to over the course of the pandemic, servers and bartenders wearing face masks will simply become part of bar-goers’ new normal.

“This might be a little unnerving at first – usually your first interaction in a bar or restaurant is being greeted by a bartender or server’s smile,” he said. “They probably will be smiling, you just can’t see it! I think customers will probably wear masks to and from the bar, but perhaps take them off when sitting with their friends or family when they feel safer.”

Shareable drinks or “fishbowls” could potentially never return to menus, and bartenders and servers could avoid giving out “rounds” of drinks. 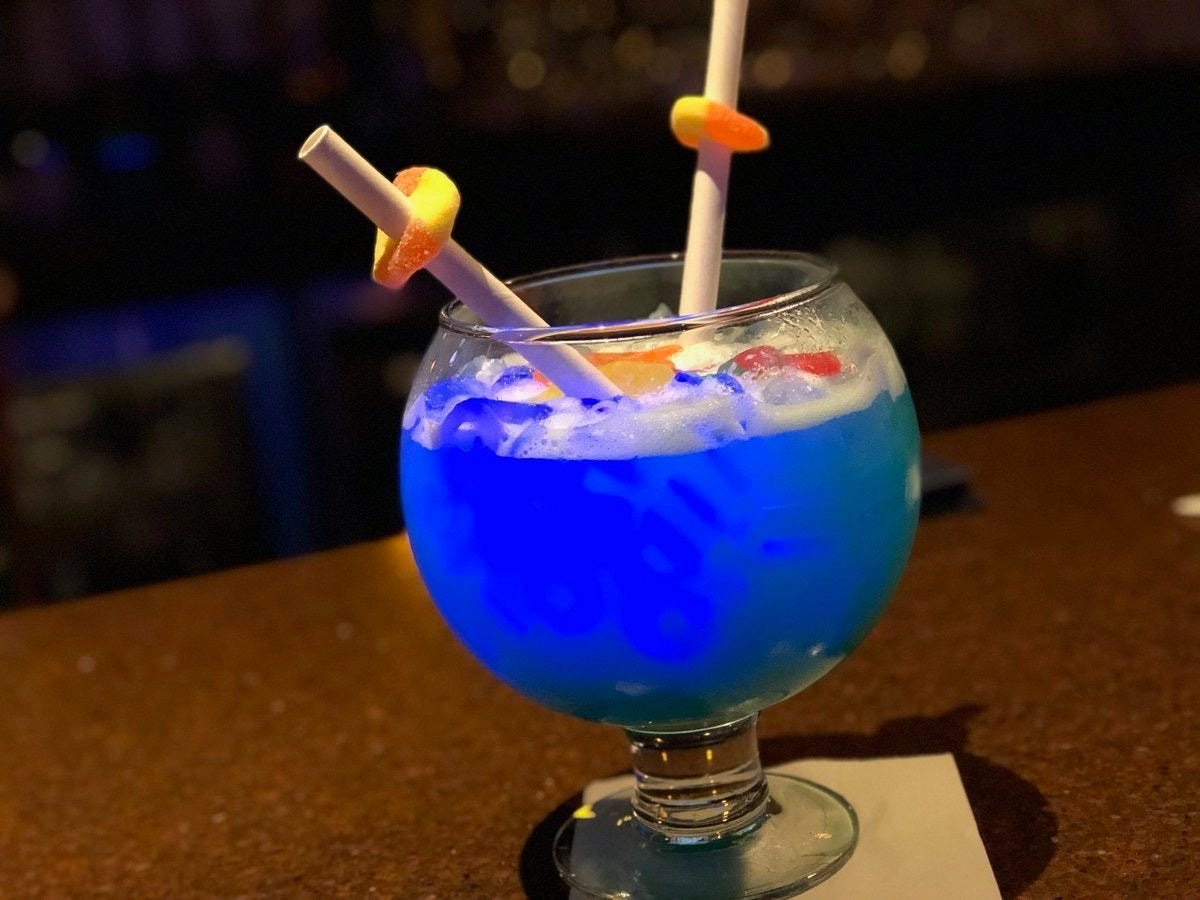 “You will definitely see less ‘shared drinking’ initially – whether a large format drink like a punch, a ’round’ where everyone gets the same drink, or even a bottle of wine,” Briars told Insider. “People will want a drink they know is theirs and only theirs, for a little while.”

It’s unlikely servers will allow customers to be packed in like sardines in their local watering hole. 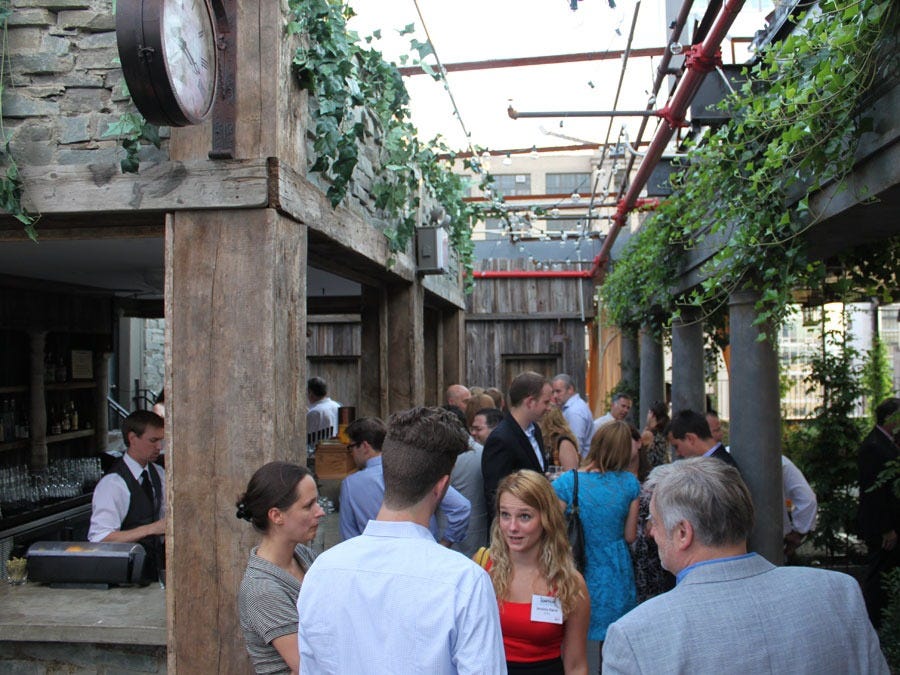 Even after the pandemic has passed, it’s unlikely a server or hostess will tell you to “just sit anywhere that’s open.”

As restaurants and bars prepare to open their doors to dine-in service, certain social distancing measures like blocked-off barstools, tables, or booths will likely be in place to prevent customers from sitting too close to one another.

“There will be many changes – as tables are spaced out, bars will not feel as busy, so bar-goers may be surprised to see less of a ‘crowd,’ at least in the early days,” Briars said.

Establishments will also have to comply with statewide restrictions that can limit their capacities, so bumping shoulders with other bar-goers may never happen again.

A bartender reaching for an unwrapped straw will be a thing of the past. 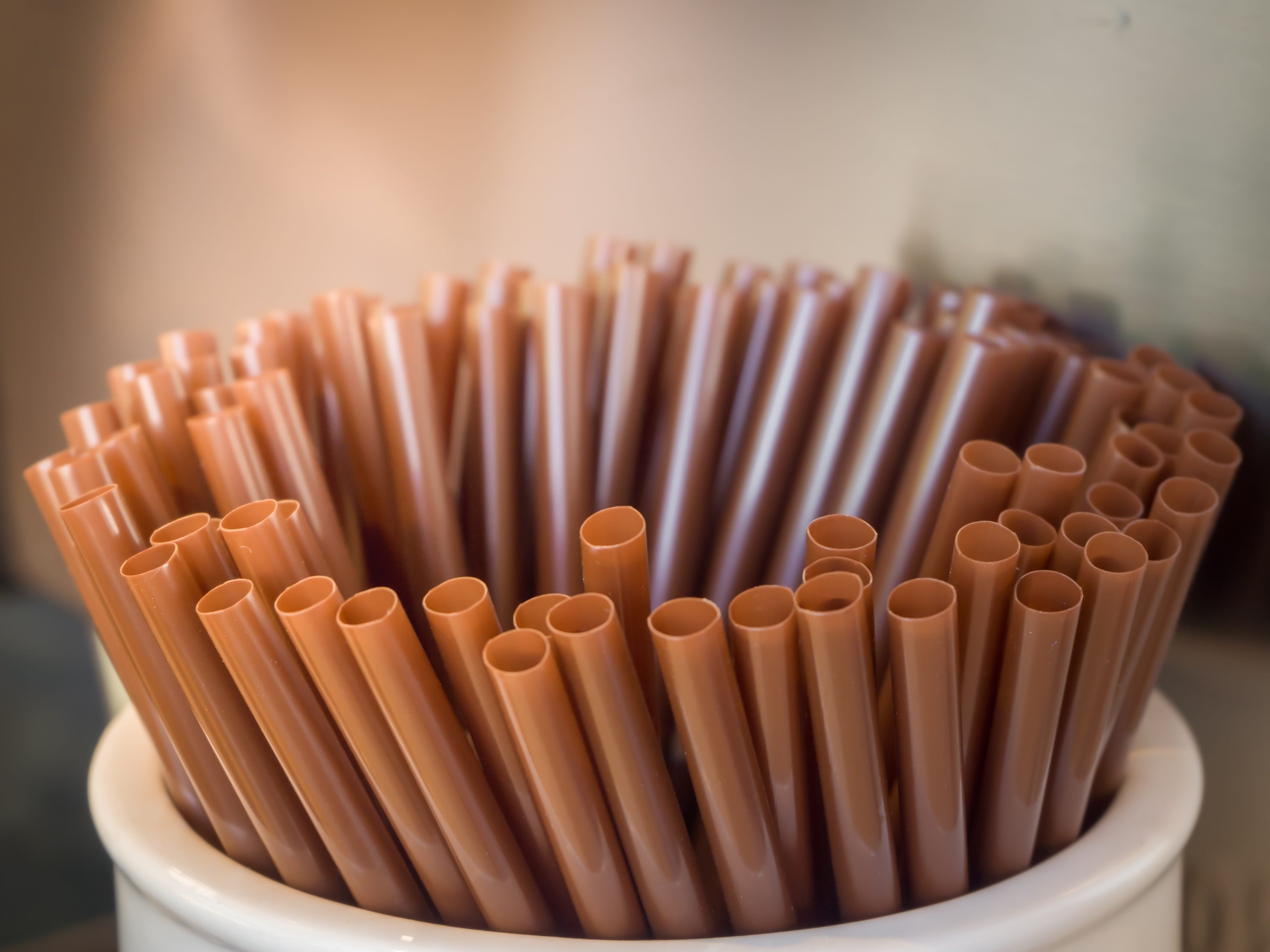 iStockUnwrapped straws in a jar.

Something as simple as unwrapped paper or plastic straws may never return to bartops and restaurants.

As there’s a possibility that unwrapped straws could get contaminated prior to being placed in your drink, it will simply be safer for servers and bartenders to offer wrapped straws or even no straw at all.

They also might never give you a non-disposable or hard-to-clean menu ever again. 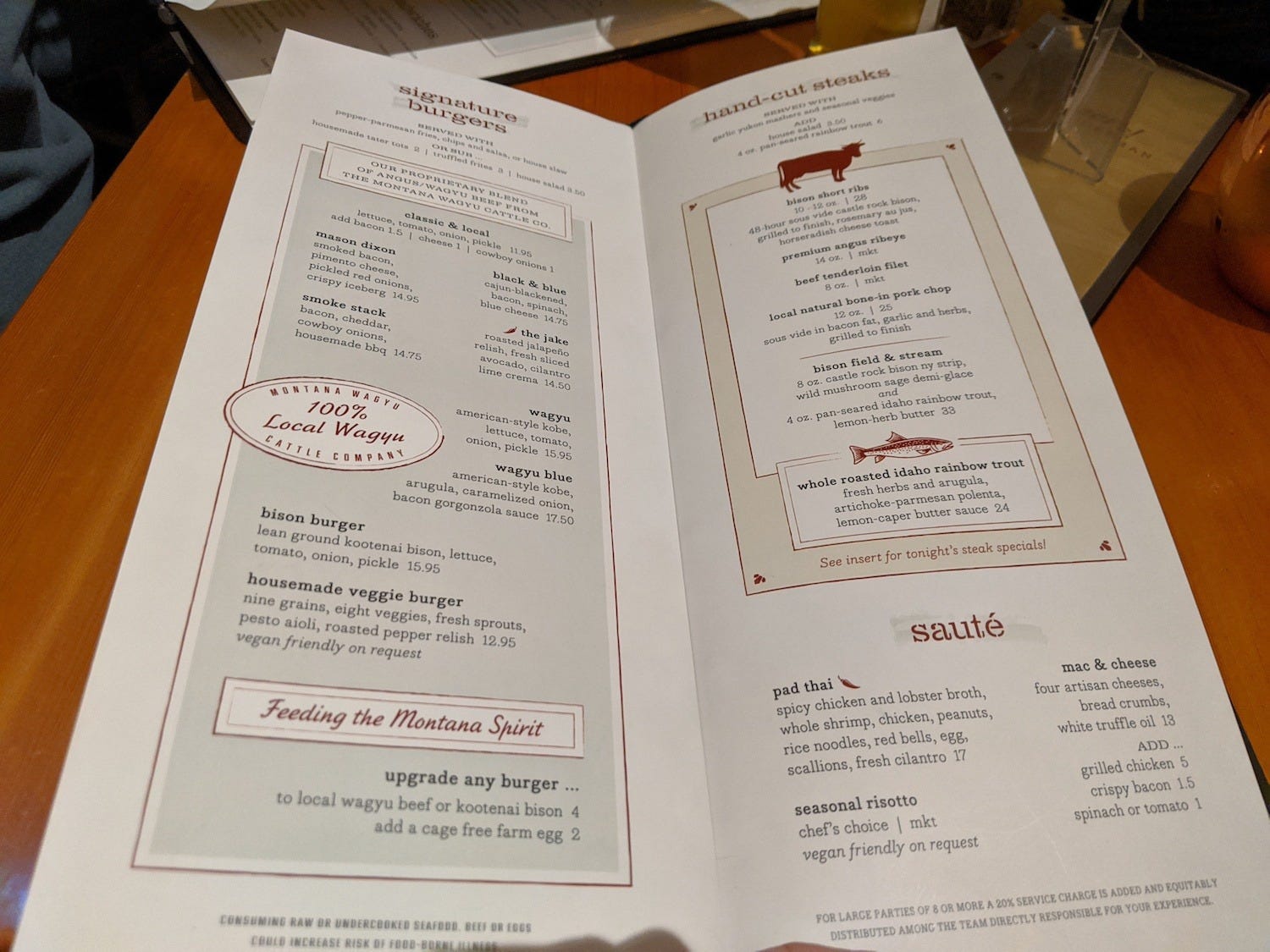 Briars said that digital menus where bar-goers can scan a QR code to view the menu will likely replace cocktail menus that usually sit on the tables.

“Another change is the menu. This has been a staple of bars and restaurants for decades, and you might not see them in the same format. They may be on a blackboard, or even available digitally using a QR code or similar,” Briars said.

Disposable and digital menus have become one of the latest initiatives restaurants have taken as they begin to reopen. If restaurants do use traditional menus, they will likely be laminated or made with materials that are easy to wipe down and disinfect between uses.

Alexander Spatari/Getty ImagesA person eating a salad with a knife and fork.

In days past, a bare-handed server or bartender might have handed you a loose knife and fork. After the pandemic has passed, restaurants and bars may opt to give customers disposable silverware or silverware that’s wrapped in paper or rolled in a disposable napkin.

Cash tips for bartenders and servers may become less common. 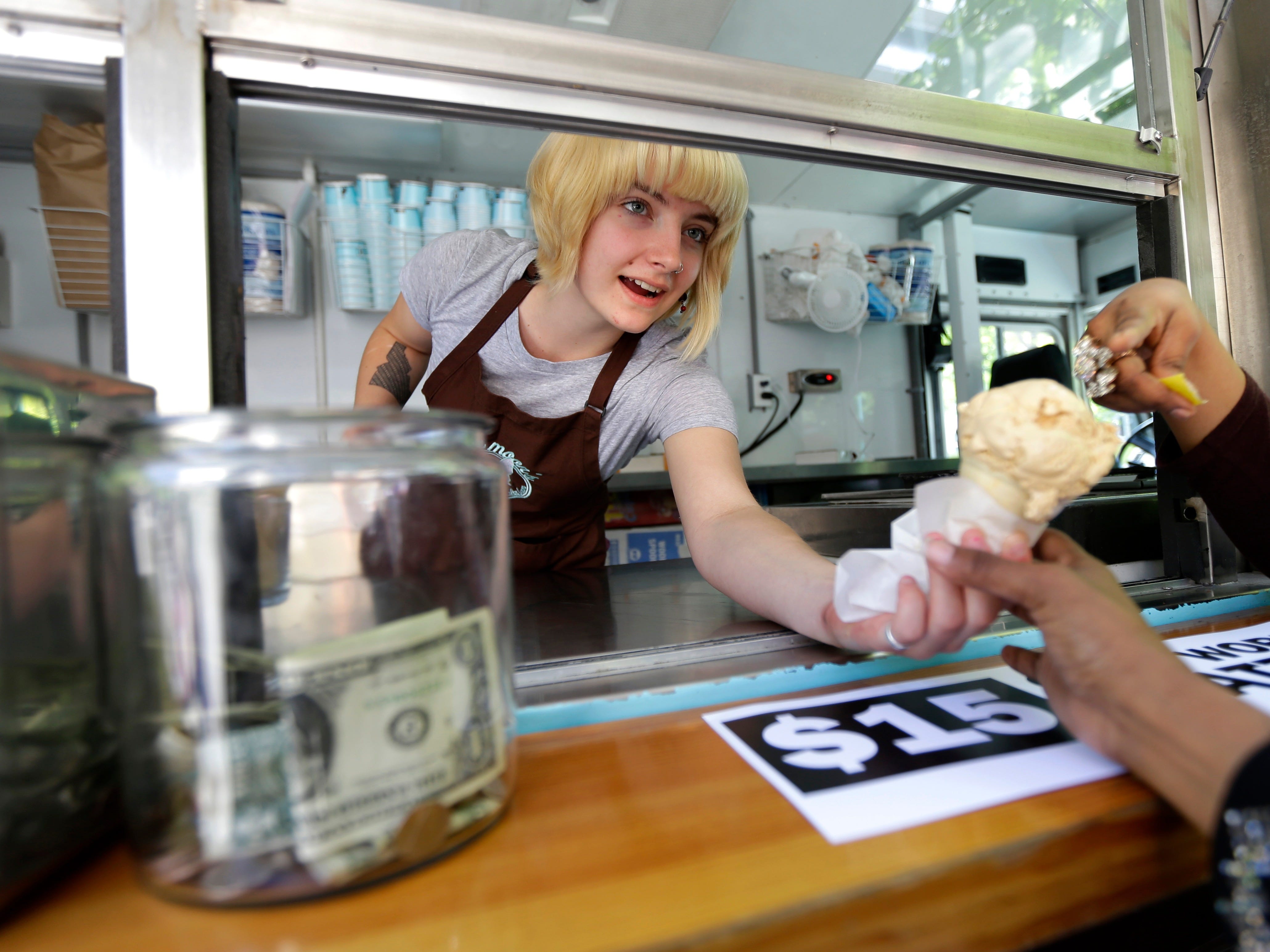 While cash tips are still one of the biggest reasons Americans may never go truly cashless, people nowadays are leaning less on cash and more on contactless or card payments.

The result may end up being that people simply don’t have cash on them to tip their bartenders or servers this way.

“Wouldn’t this be a good time to universally eliminate tipping? The tipping culture is a broken, archaic, macho system that can promote bad behaviour and rewards only some of the people responsible for the dining experience,” Mary Sue Milliken, the chef behind Socalo and Border Grill in Los Angeles, told Food and Wine. “Or, change the laws around how tips can be divided amongst restaurant workers so that it is fair for all.”

Bartenders will likely not be restricted to making “dine-in” cocktails — they will continue making to-go cocktails, too. 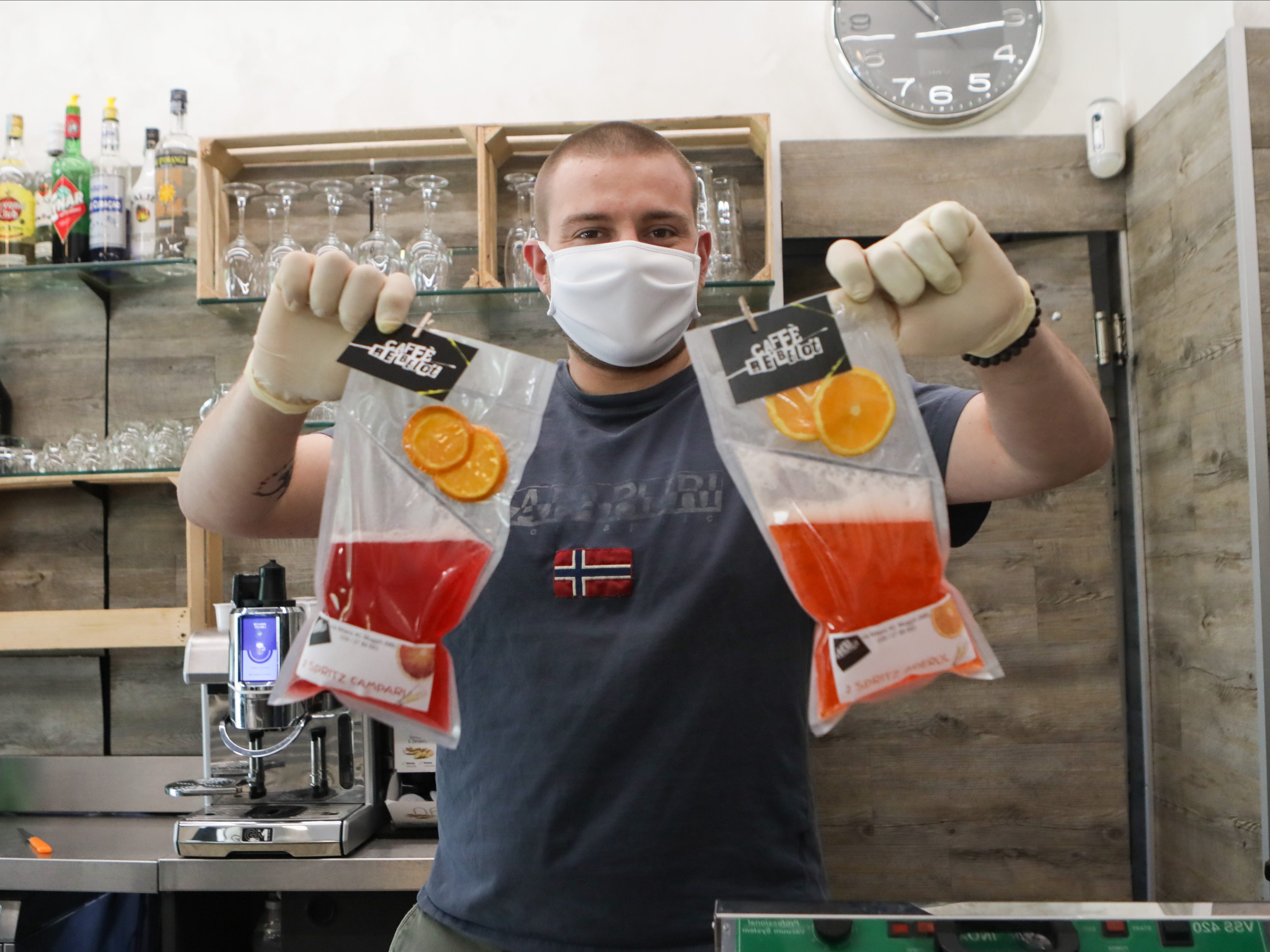 Briars also told Insider that to-go cocktails will likely be here to stay, due to the fact that customers love the convenience factor.

“I think bars and restaurants would have done this sooner but they weren’t able to until now. Different cities and states have either legalised or removed restrictions on to go cocktails, such as Ohio just this week,” Briars said. “It’s given people a sense of normality and given bars and restaurants a much-needed lifeline.”

Briars also explained that bars have an excellent opportunity to brand themselves with to-go cocktails by using creative packaging.

“You can go pick up your favourite cocktail, support your local bar, and sit in the park. People love the convenience factor of it and can already get coffee and food to go,” he said. “Now, you can get a great cocktail to go, and help keep your favourite bar and bartender in business.”