16 things every oldest sibling knows to be true 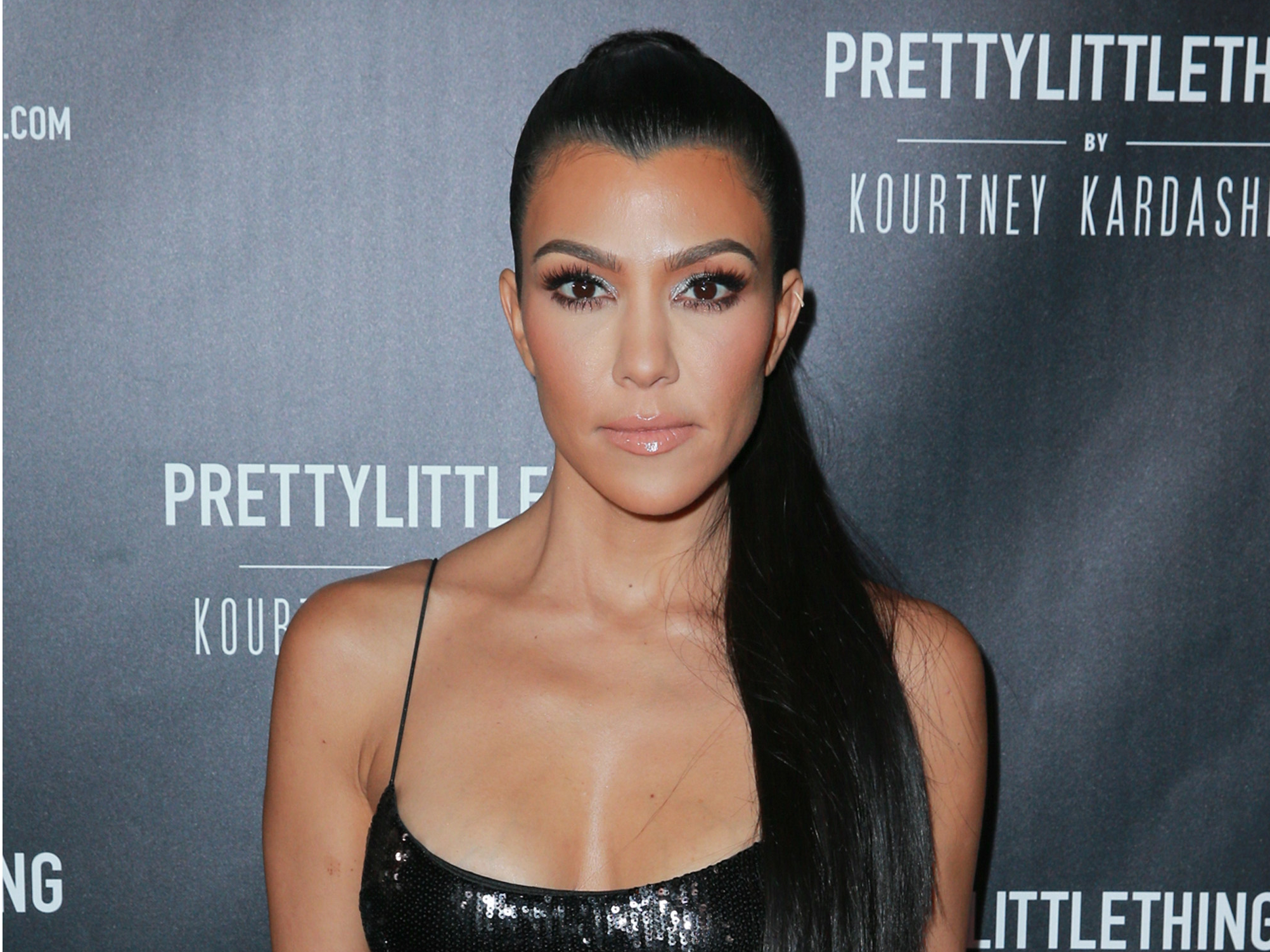 Rich Fury/Getty ImagesKourtney Kardashian can probably relate to these.

Being the oldest child in a family can sound like a pretty good gig in theory: You’re given a few younger siblings you can boss around whenever you want, you can pull the seniority card as needed, and you get the added bonus of knowing you had at least one year where you were given every single bit of attention your parents had. Sure, there are positives, but there are also a whole bunch of negatives. These are the things you can’t really understand unless you’re the oldest sibling.

Growing up as the oldest with a younger brother and younger sister, I have personally experienced every single one of the instances described below. There are times when I wish I could trade places with one of them, and times when I’m grateful I was born first.

Here are a few things every oldest sibling knows to be true.

You’ve always been expected to be the responsible one. 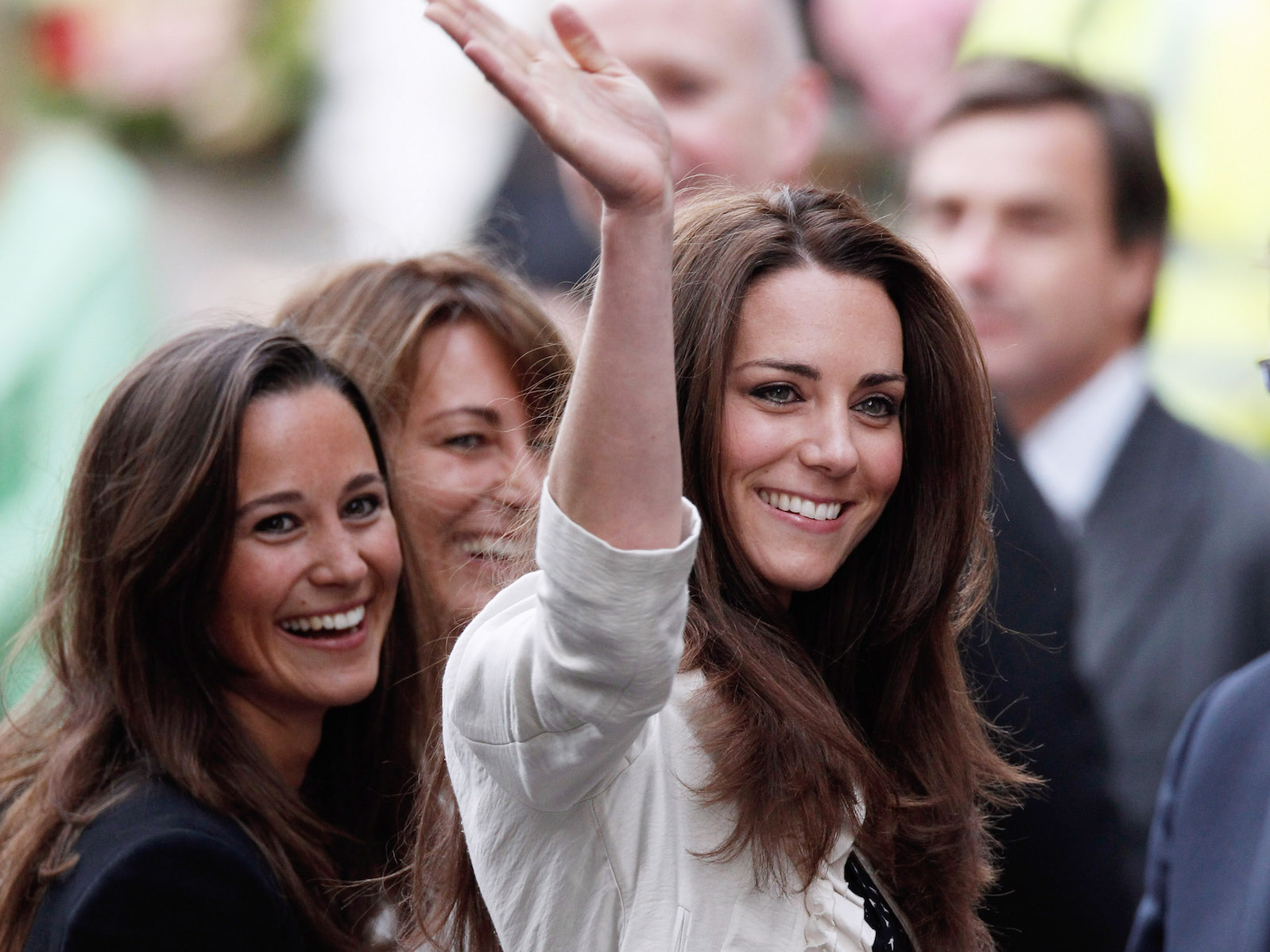 As the oldest, you are supposed to “know better” than your younger siblings. When you guys get in a fight, you will get yelled at for not being the more mature one. You are the built-in babysitter, and you’ve always watched your younger siblings for free. You are always supposed to set a good example, meaning that your parents have probably always been harder on you than anyone else.

You’ve had to hide every single thing you’ve ever owned. 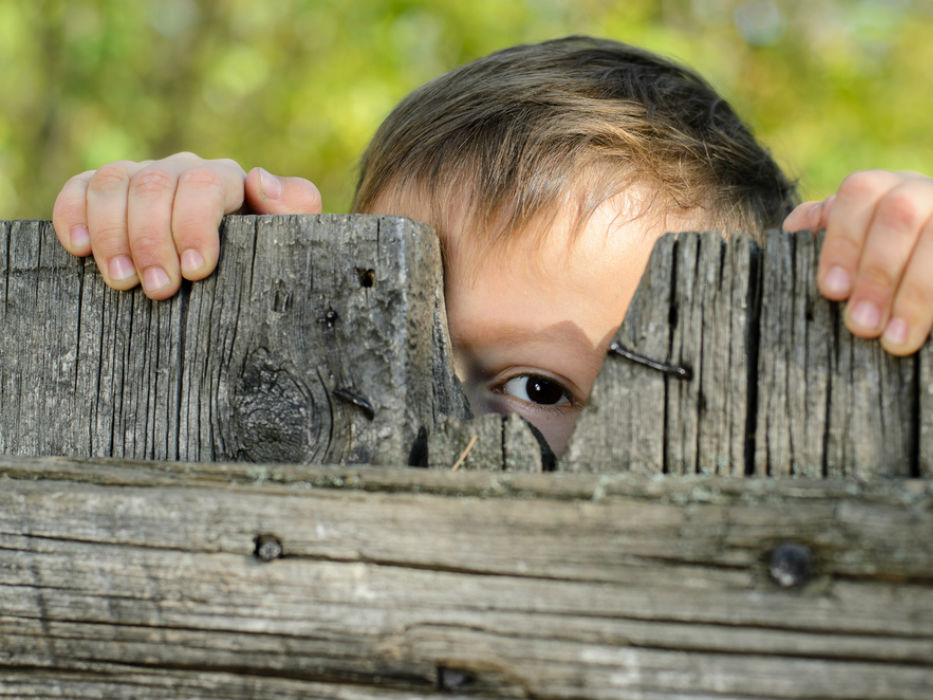 Growing up, you had to learn how to be sneaky with your things out of necessity, because your younger siblings were always around your stuff. They were always trying to steal something personal, like your diary or cell phone, or just “borrowing” clothes, accessories, and books (or any number of things).

As a woman with a younger sister, I had to find tricky hiding spots for my favourite clothes, because my sister wore anything of mine she could find. Younger siblings, for some reason, feel entitled to all of your stuff. And even worse? Your parents probably did nothing about it.

You spent the first few years of their life feeling incredibly jealous of them. 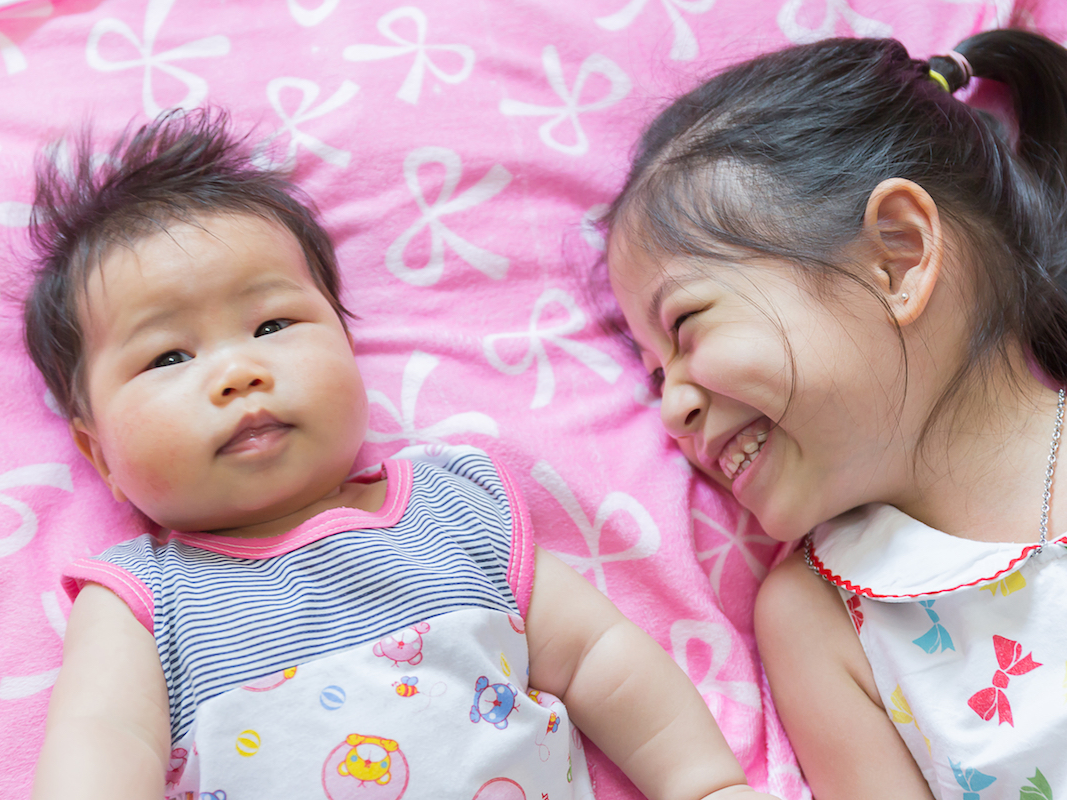 As the oldest, you enjoyed at least one year of being the only child in your parents’ lives. You were doted on, obsessed over, and smothered with love. Then your younger sibling came around, and, well, you kind of got pushed aside. Chances are good that the first few years of their lives were spent with you acting jealous and bratty, trying to get attention. Chances are also good that your parents and family members will never let you forget this.

Your parents were much more strict with you than they have been with your siblings. 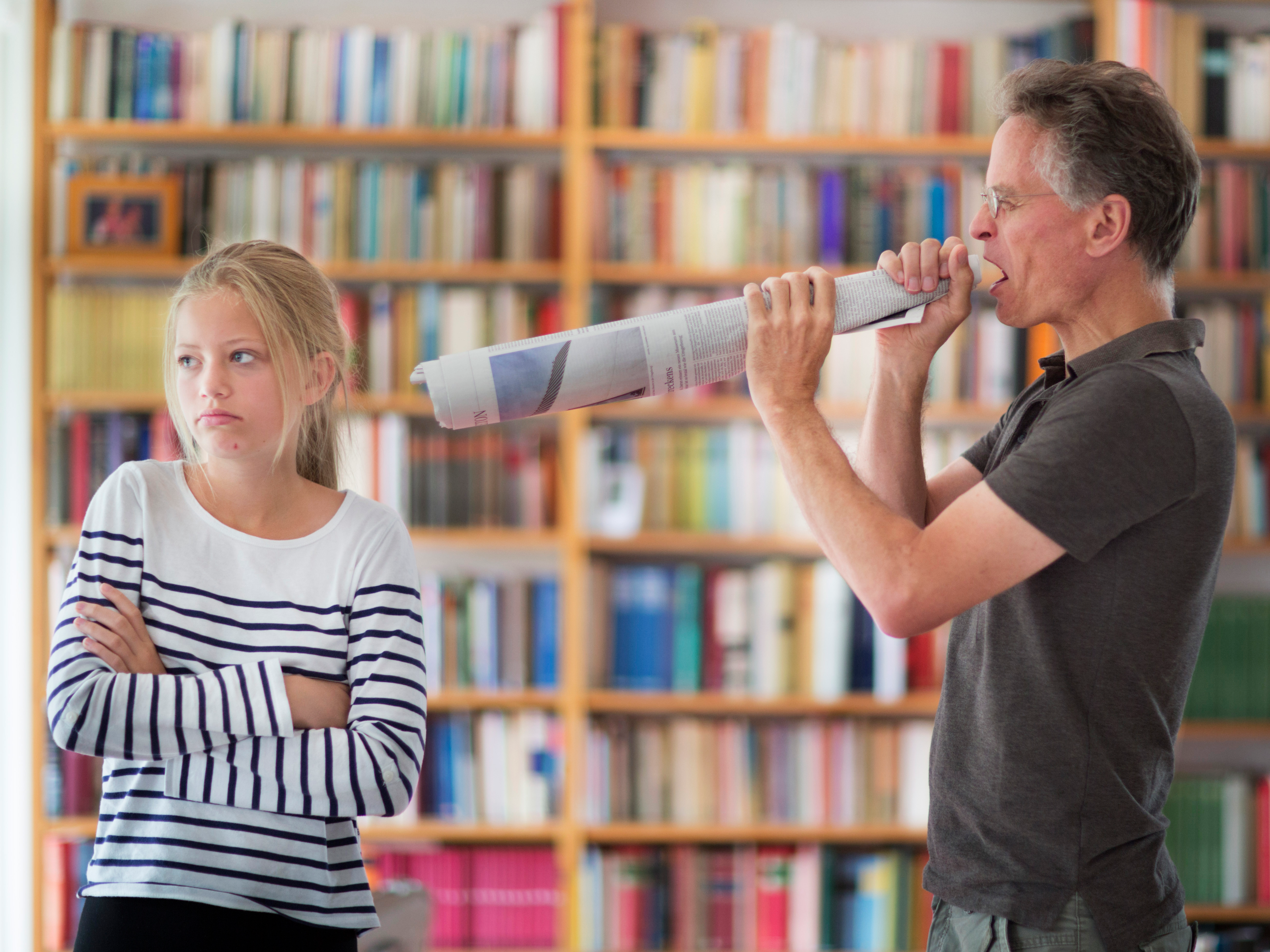 Ute Grabowsky/Photothek via Getty ImagesA dad yells at a girl.

As the oldest kid, you were the guinea pig by default. Your parents were learning how to parent with you, and so you were given tons of rules and guidelines, and you were expected to always follow them.

You, like me, probably suffered as your parents forced you to be home at a certain time every night – then watched in horror as they dropped any sense of a curfew for your younger siblings. Most parents get less strict with their younger children, and that will always feel incredibly unfair.

You always get called “bossy.” 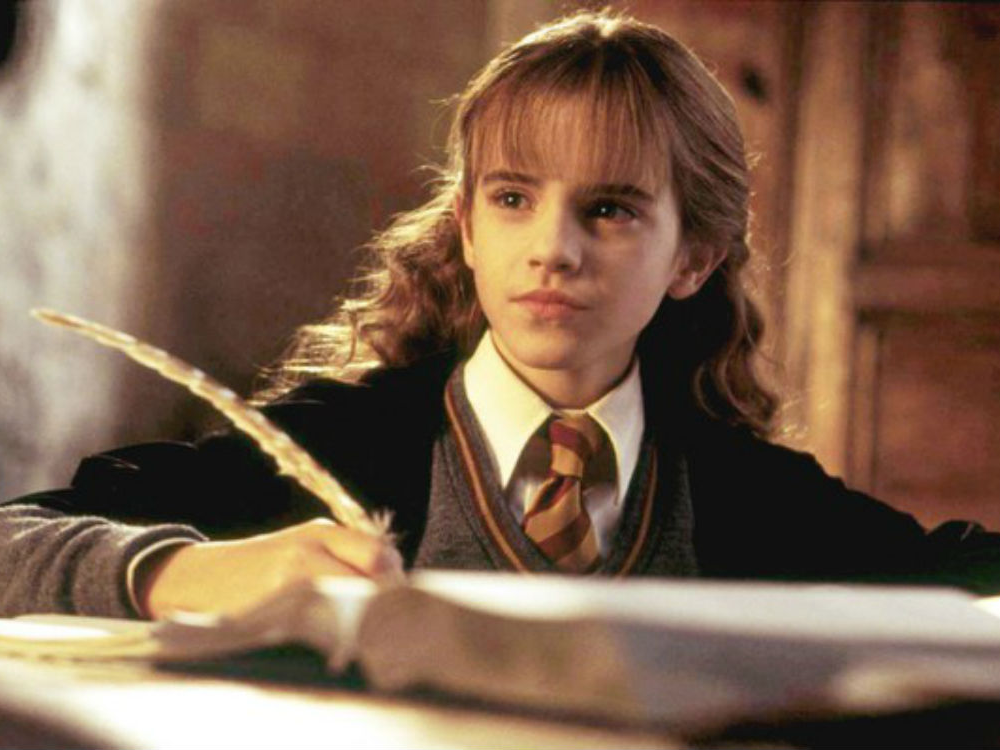 Another negative side effect of being expected to be the responsible one? Your younger siblings will constantly call you “bossy.” And you know what? Maybe you are! Can anyone really blame you when you were essentially groomed to be that way?

You’ve had your fair share of fun lying to them about stupid things. One of the best things about being the oldest is playing pranks on your younger siblings. Younger sisters will believe you about almost anything.

You made them do everything for you for as long as possible. 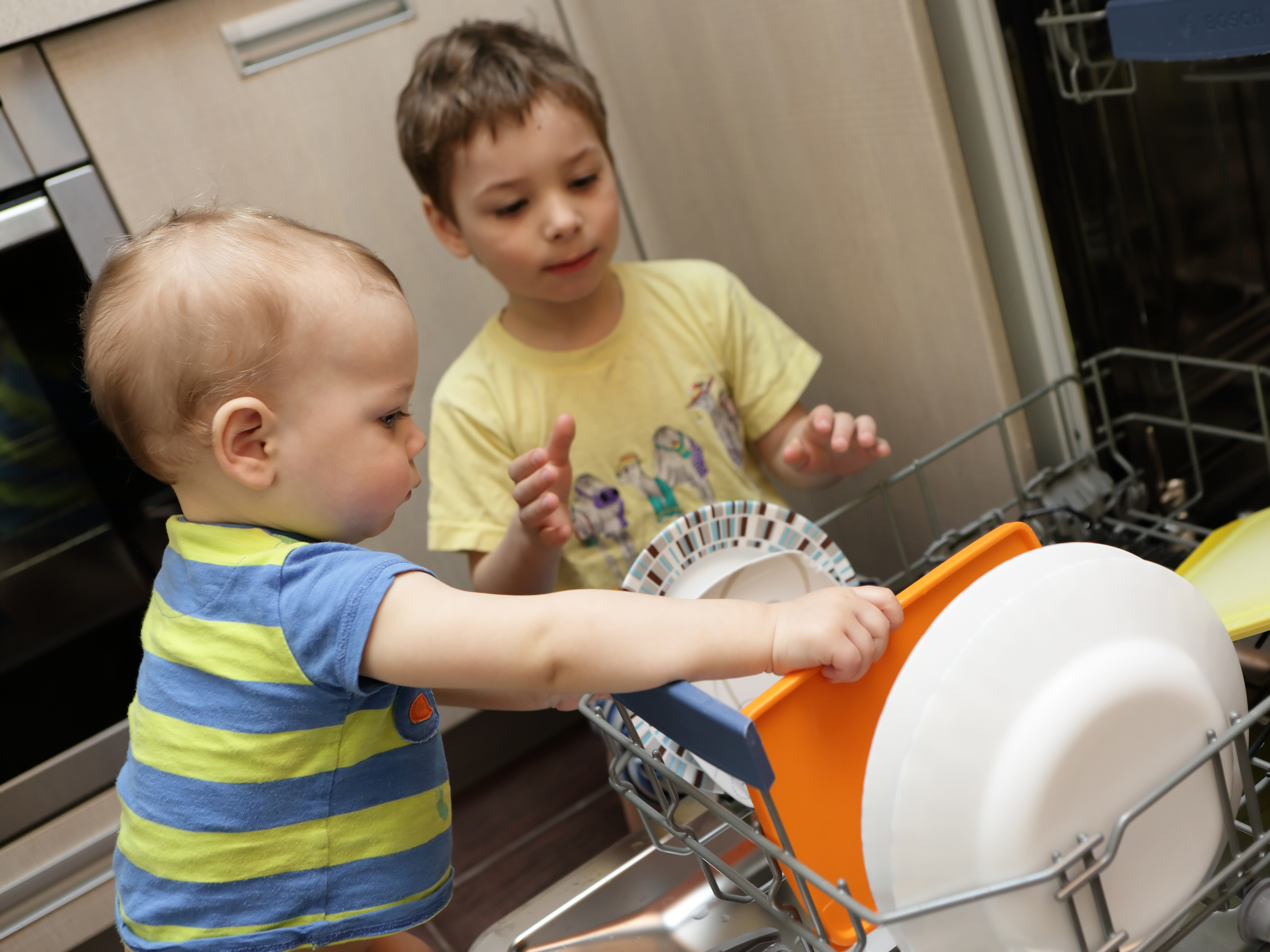 Another advantage to being the oldest is that you had a few good years when your younger siblings basically acted as your minions. When my sister was a kid, I made her do everything for me, from pouring me a glass of water even if I could have gotten it myself to forcing her to pretend she did something I did (we both knew my parents would be less hard on her).

As they age, this little game stops working, but it sure is fun while it lasts.

You’ve gotten used to being followed around, although that doesn’t make it any less annoying. Anna Kraynova/ShutterstockA big brother and his little sister fight over a scooter.

Younger siblings don’t just help themselves to your clothes, tech items, and personal belongings; they also want to steal your friends as well. Are you really an older sibling if you haven’t had a little brother or sister tag along with you no matter what you’re doing? Infuriatingly enough, your parents allowed it to happen, and probably sometimes even encouraged it.

You always got the front seat. 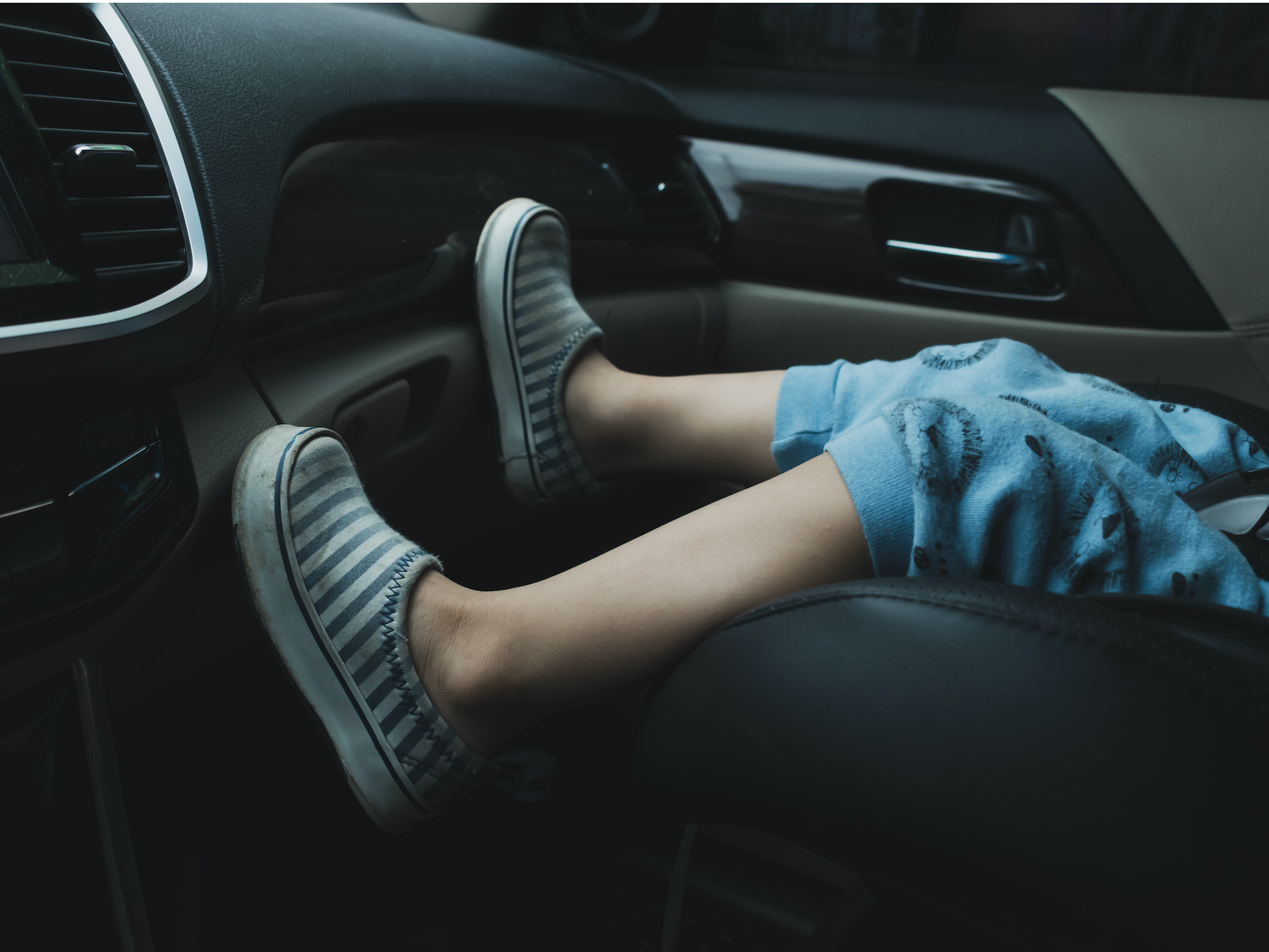 Suti Stock Photo/ShutterstockA child with his feet up in the passenger seat.

One of the positive things about being the oldest is that there were some things only you were able to do thanks to your age. For example, you always got to pull rank and claim the front seat when getting in the car with your mum or dad (because seniority rules). You got to get your driver’s licence first. It almost makes up for so many of the annoying situations you have to deal with every day.

You become the one they go to when they’re fighting with your parents. NBC / Getty ImagesMonica and her big brother, Ross, on ‘Friends.’

At a certain point, you become the person your younger siblings turn to when they’re fighting with your parents or trying to get different advice. You will find yourself stuck in the middle between them and your parents at least once a month, and getting out of that is basically impossible.

You’re always struggling between being the “cool” older sibling or the “boring” parental figure. As the oldest, it can be really tough to find the balance between acting like the “cool” big sis/bro and the responsible one. You want to be fun and exciting, but you also want them to depend on you. You don’t want to tell on them, but you can’t get over how unfair it is that they had so many less rules than you did. It’s hard to find a happy middle.

You feel protective over them in a way you don’t feel over anyone else. Ron Batzdorff/NBCYou’re always looking out for your younger siblings.

Sure, you can take badly about your younger sibling for hours on end to anyone who will listen, but if they dare to pipe in with their own statement, you’ll probably bite their head off. Only an older sibling knows the intense protective feeling you have over this person you fight with every single day.

No one can make you feel as old as your younger siblings can. Your younger siblings will be the first people to remind you of just how old you’re getting, and they will make fun of you forever. But they also make you feel old without even trying. Watching them grow up and do adult things like date people, go to college, graduate college, and get engaged can be incredibly strange.

But they also keep you in the know. The good thing about younger siblings is that, although they make you feel old, they can also keep you young if you let them. I heard about Snapchat and Instagram before most of my friends, and it’s all thanks to my little sister.

Sometimes you wish you had someone older to go to. 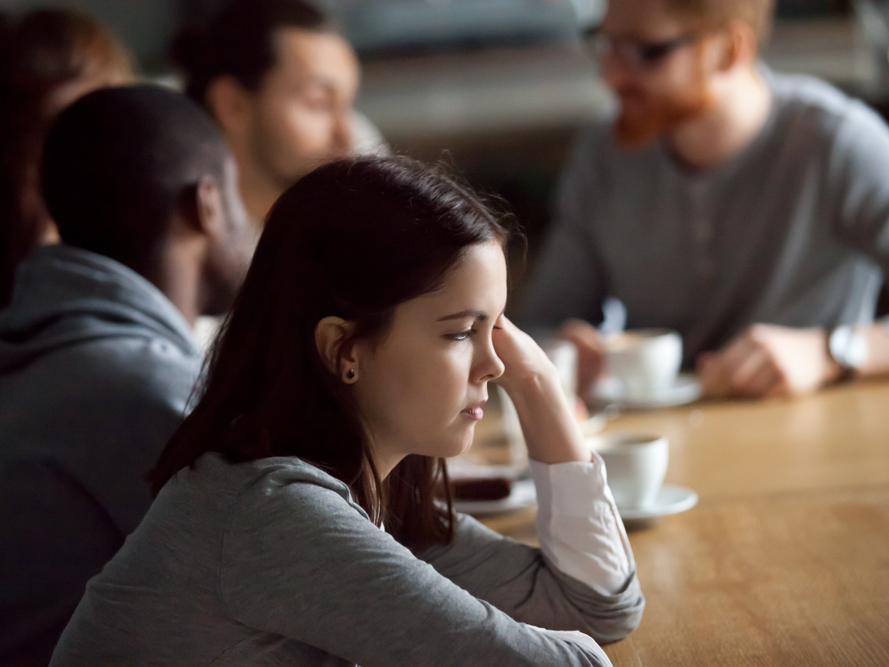 It can be exhausting to be the dependable big sister or brother all the time. Sure, you can go to your parents, but every older sibling has had that moment where they wish they weren’t the older sibling.

No matter what, you love them, even when they are the most annoying people in the universe. 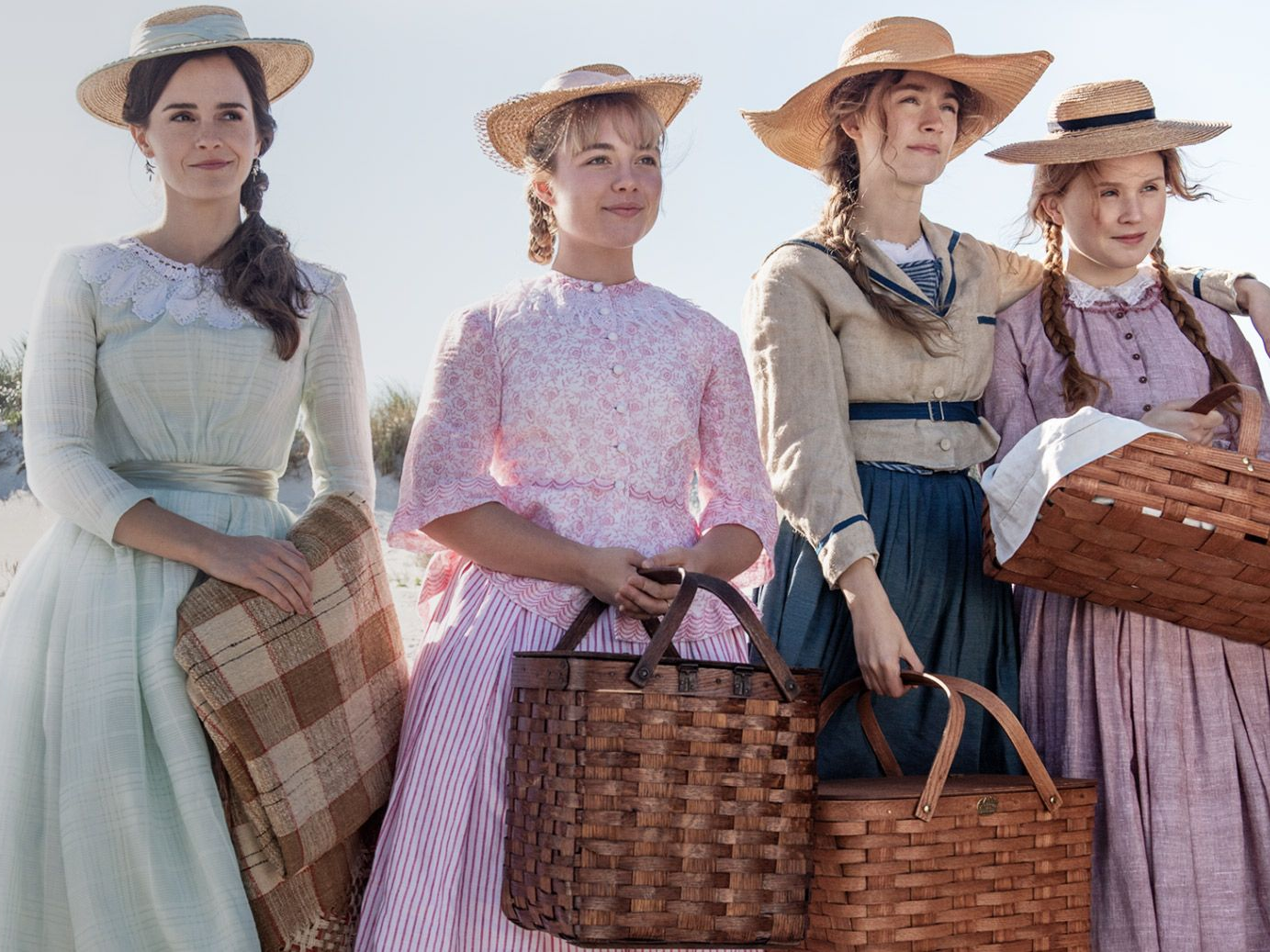 Columbia PicturesMeg, left, was the oldest of the March sisters in ‘Little Women.’

Yes, it’s true: you love your little brother and sister, even if they drive you up a wall. As corny as it sounds, you’re blessed to have each other, and you know it.