13 things that were invented much earlier than you probably thought 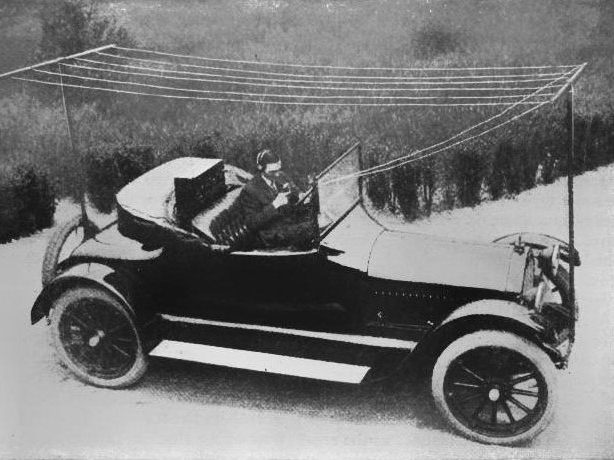 Wikimedia Commons‘Hi, am I caller number 12?’

It’s easy to think modern technology has always been just that – modern.

The truth is, many pieces of today’s technology have actually been in development for decades.

Here are some of the most vital pieces of technology that were born before most of us were. 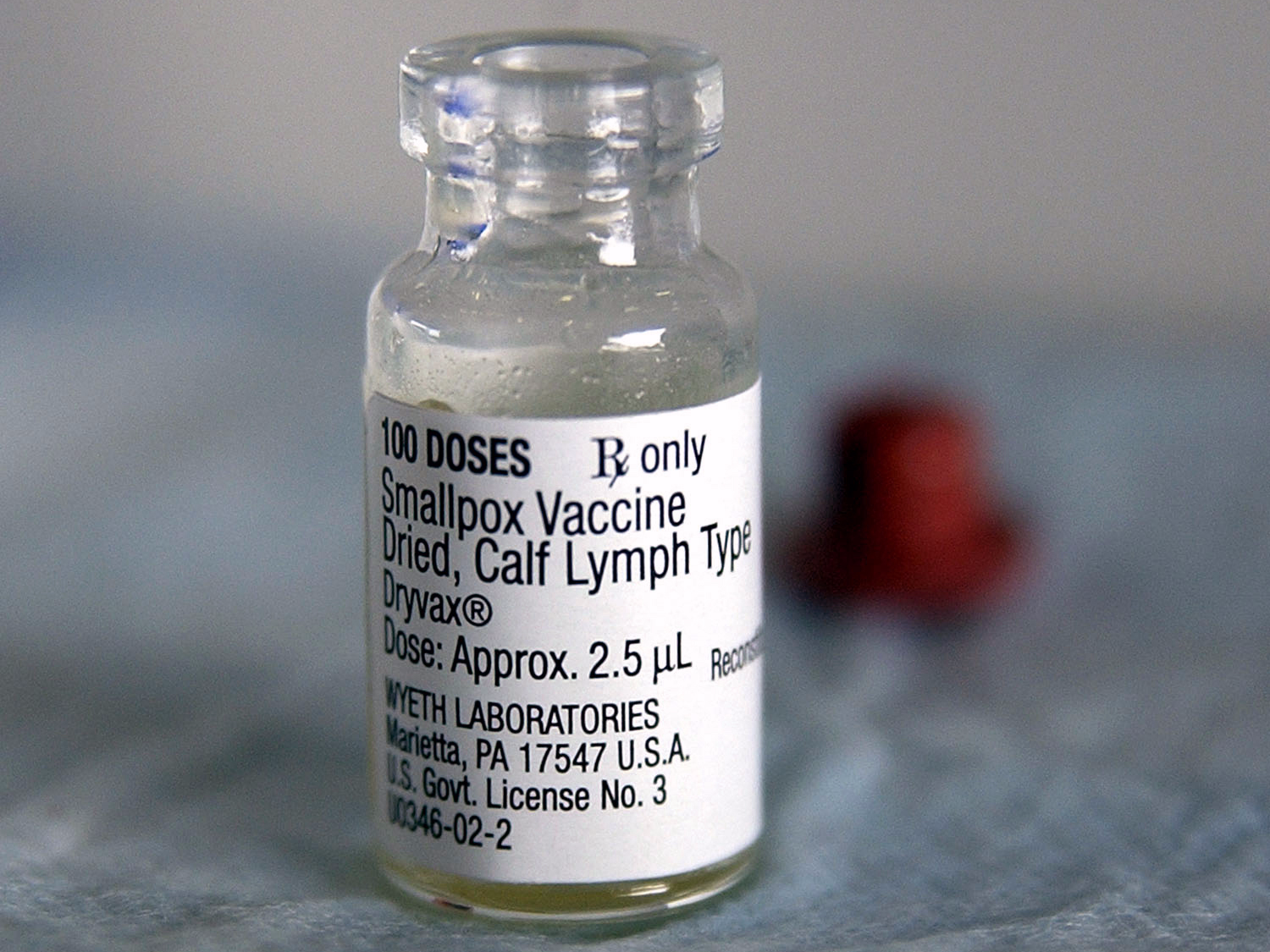 Edward Jenner introduced the first vaccine before the turn of the 19th century – a rudimentary version of the cowpox virus to eliminate smallpox.

A milkmaid named Sarah Nelmes approached Jenner with several cowpox lesions on her hand. Jenner drew fluid from the lesions, then scratched it into the skin of an 8-year-old boy, his first test subject.

Though the boy came down with a fever initially, his illness quickly abated. When Jenner later introduced the smallpox virus, the boy was immune. 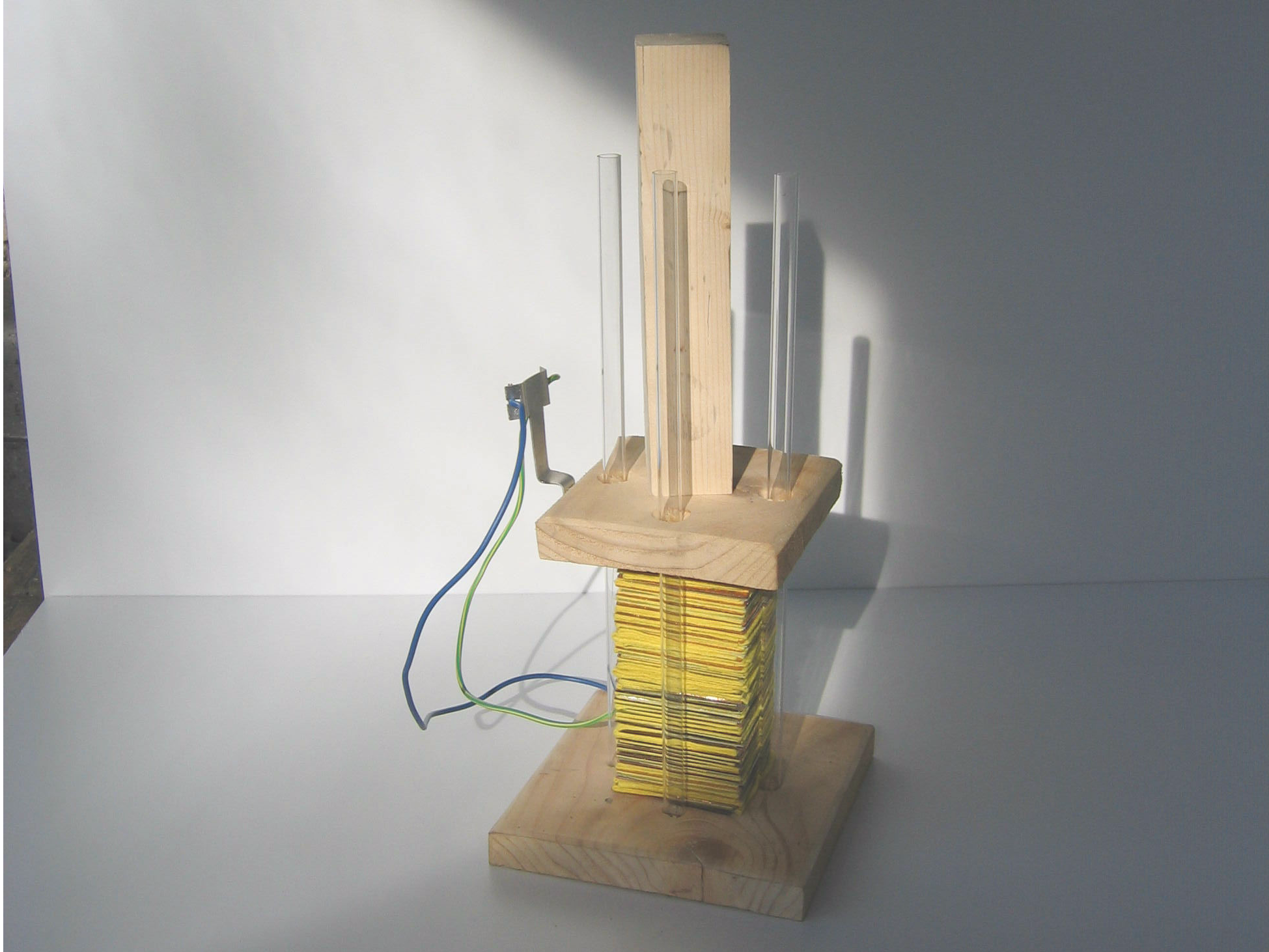 On March 20, the Volta battery – designed by Italian inventor Alessandro Volta – will celebrate its 216th birthday.

Volta initially called the device an “artificial electric organ,” in response to the prevailing theory at the time that animal tissue was necessary for conductivity.

Instead he used stacked metal disks and brine-soaked rags. They conducted electricity. The battery was born. 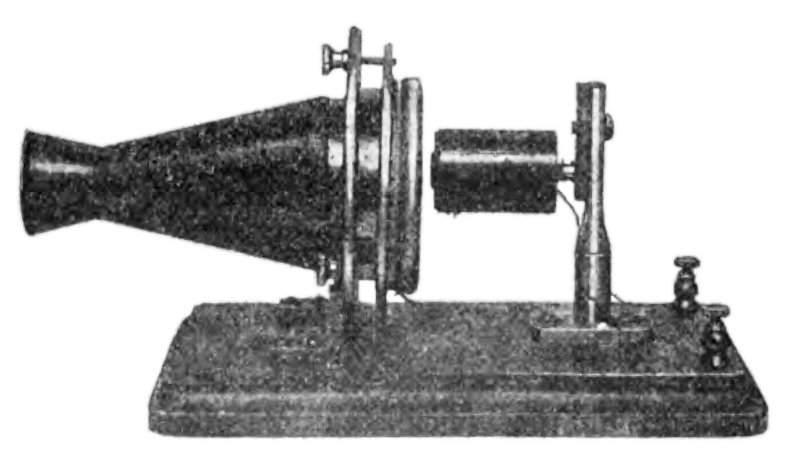 So, with only a rudimentary knowledge of electricity, Berliner set to work on a so-called loose-contact transmitter, which amplified the noise that came from Bell’s existing model.

Bell’s company, the American Bell Telephone Company, was so impressed with Berliner’s work that it hired him as an assistant in its lab. 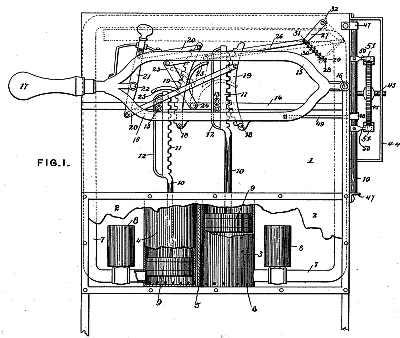 A few days after Christmas in 1886, Josephine Garis Cochran submitted a request to the US Patent Office.

The design: many dish- and cup-sized compartments inside a wire cage, with a rotating wheel that squirted hot, soapy water onto the dirty dinnerware.

Cochran went on to found a manufacturing company for her invention, which eventually became Kitchenaid. 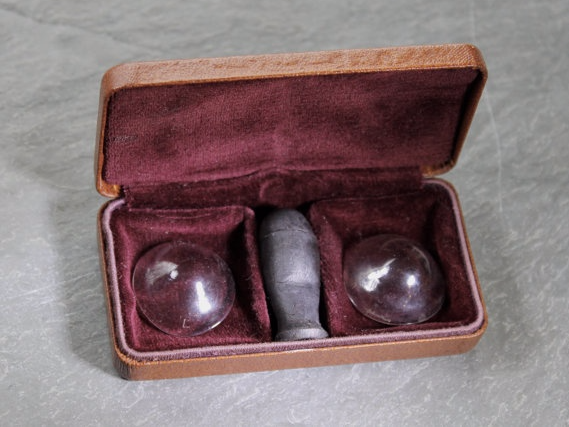 In a weird transition from ordinary eyeglasses, contact lenses of the late 19th century were made entirely of glass and meant to cover a person’s whole eye.

They were initially called “scleral lenses,” referring to the white of the eye, and they were invented by artificial-eye manufacturer F.A. Mueller.

Bulky, sure, but at least you could find them if you dropped one. 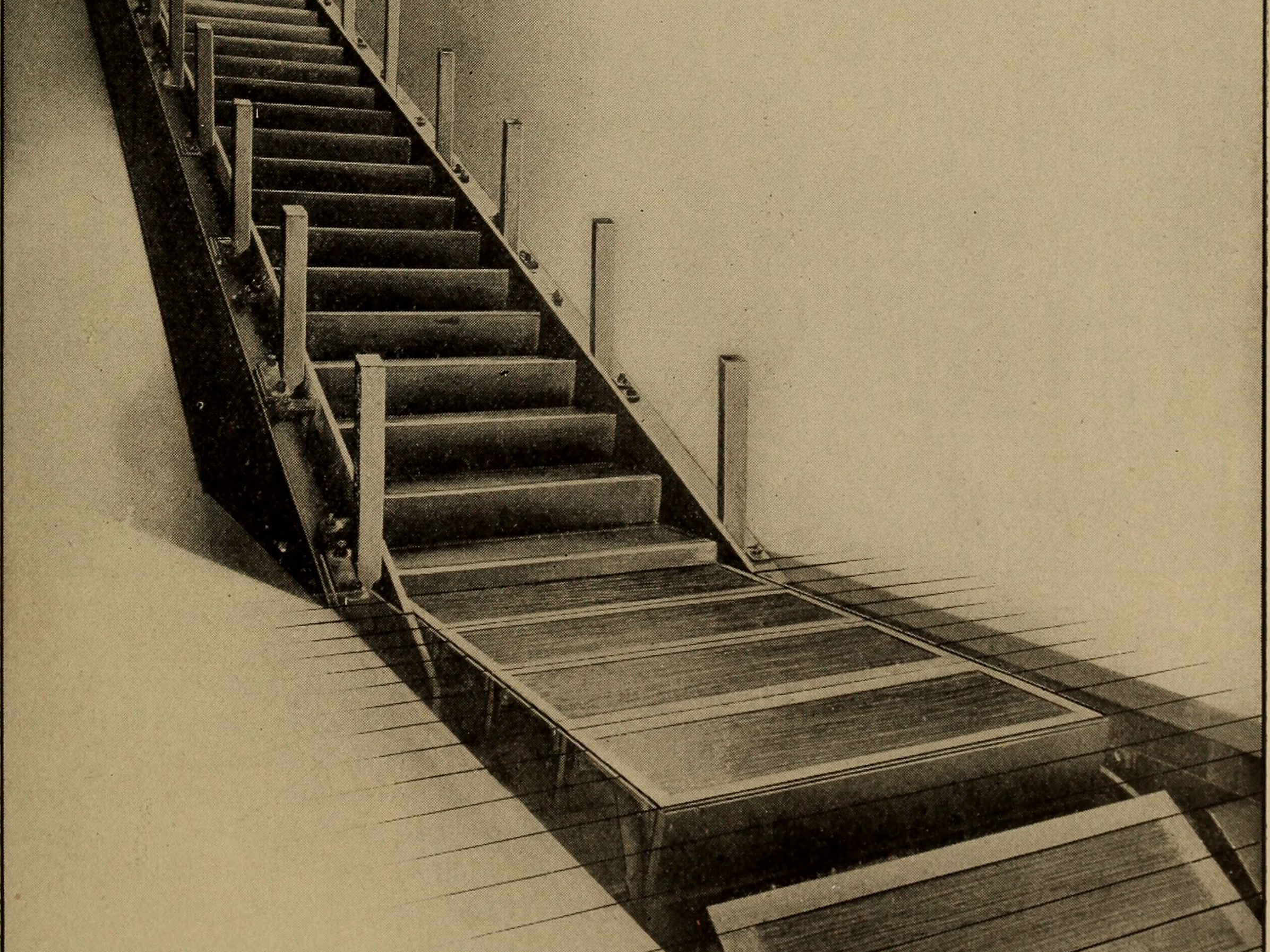 Humans started mechanizing their stairs right before the turn of the 20th century, thanks to New York inventor Jesse Reno.

Reno’s first model was installed at the Old Iron Pier at Coney Island. The invention quickly gained favour among the Industrial Revolution’s miners and factory workers, who could spare their legs the long journey to work.

Yes, those are radio wires strung between the front and rear of a car.

A. H. Grebe, a radio manufacturer from New York, tested out an early version of a car radio that would later come to define a budding car culture of the 1920s. 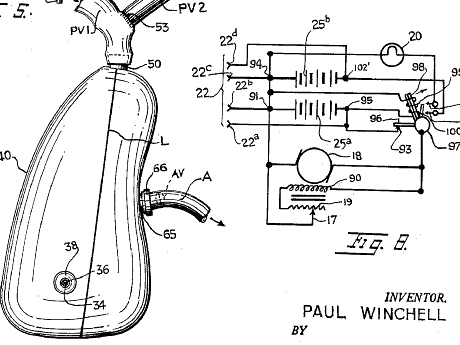 With help from Dr. Henry Heimlich, comedian and ventriloquist Paul Winchell filed his patent for the world’s first artificial heart in 1961.

The device includes a small battery pack worn outside the body that controlled the pumping mechanism within.

While Winchell’s design was accepted two years later, it wouldn’t be until 1982 that Dr. Robert Jarvik’s invention would get the first successful implantation in a human. 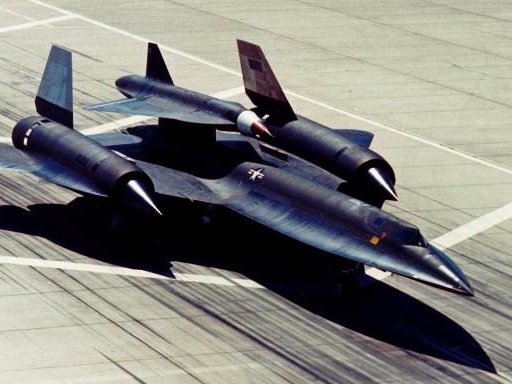 The first unmanned aerial vehicle was the Lockheed D-21B. (In the photo to the right, it’s the smaller aircraft piggybacking on the larger one.)

It conducted reconnaissance missions in enemy airspace over China between 1969 and 1971, but was eventually discontinued because it had a high crash rate and President Nixon introduced smarter satellites for taking photographs. 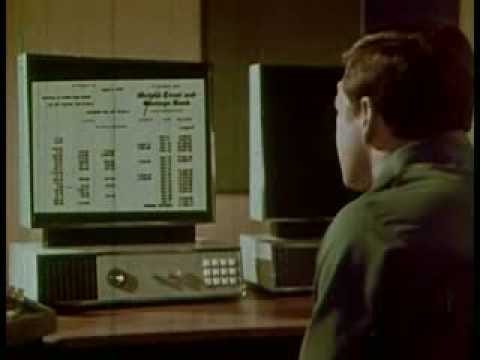 Shortly before midnight on October 29, 1969, engineers from UCLAsent Stanford Research Institute the word “LOG” one letter at a time over a newly formed network called ARPANET.

It was a primitive system, but the setup held the core ingredients that would eventually create the internet as we know it. 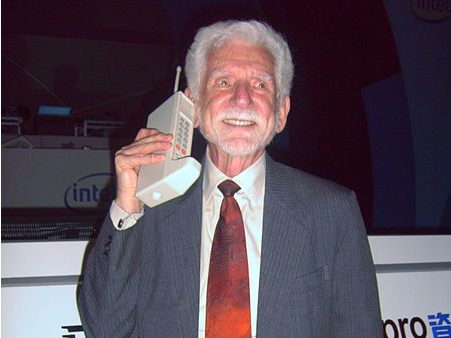 Not to mention, it weighed almost 2.5 lbs. 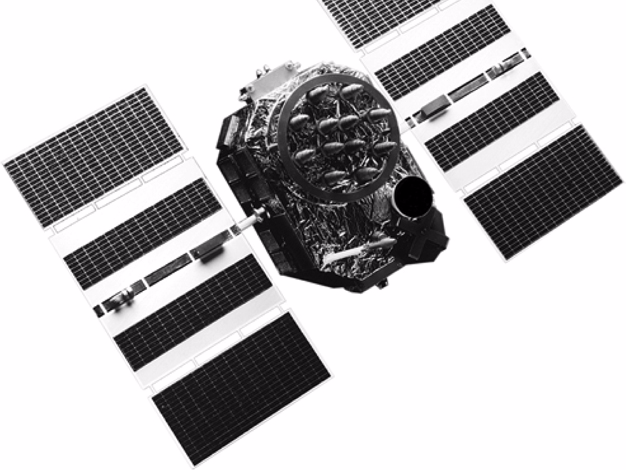 Known as Navstar 1, the first satellite to reach orbit did so on Leap Day in 1978. It has long since been taken out of orbit, but it helped usher in a new era of interconnectedness around the world.

Thanks to the 1978 launch, we can now yell at our phones for being too pushy with driving directions. 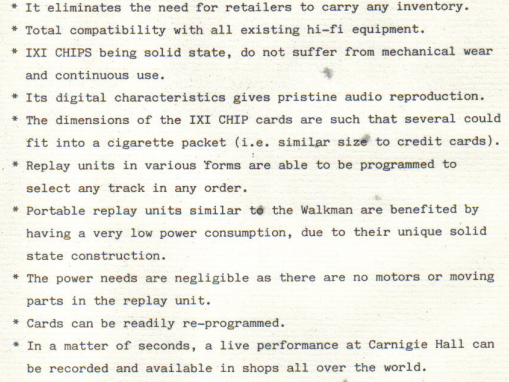 Two decades before Apple unveiled the iPod, a British inventor named Kane Kramer filed a patent for his digital audio music player, which he called the IXI.

The device was roughly the size of a pack of cigarettes, featured a four-button control system, and could hold about three and a half minutes of music.

“In a matter of second,” the filing read, “a live performance at Carnigie Hall [sic] can be recorded and available in shops all over the world.”