I'm a Black man who lived near the spot George Floyd was killed. There's no more room for 'Minnesota nice' in conversations about racism. 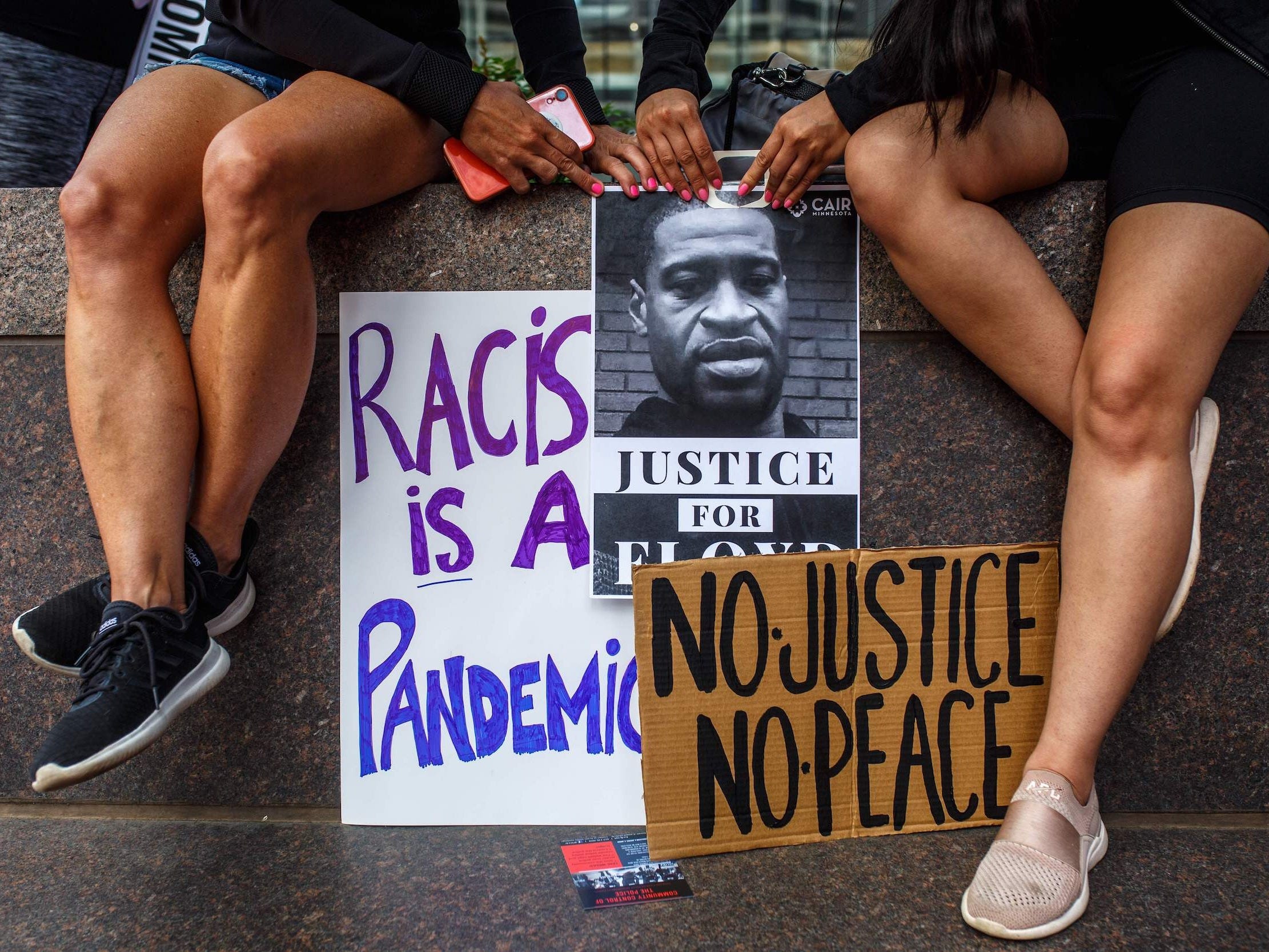 As a Black man and a former Minneapolis resident, I was furious when I heard how George Floyd was killed. But it was seeing where he died that broke me. I’d been to that exact spot a hundred times.

Before moving to New York to pursue stand-up comedy, I lived half a block away from the Cup Foods where former Minneapolis Police Department officer Derek Chauvin mercilessly pressed his knee into Floyd’s neck. As I watched, it was hard not to see my own face smashed into the ground; to hear my own voice calling for my mother; to feel like my life was the one fading away on camera.

Despite being a comedian, I didn’t know how to talk about things like Floyd’s killing and what needs to be done to stop them for a long time.

Before I lived in Minneapolis, I was raised in a small, predominately white town in central Minnesota. I had white parents, a white extended family, and white friends. I was afraid that speaking out about race would make me stick out like a sore thumb in place I was already an outlier. I hid behind being “Minnesota nice” in situations that called for being anything but.

I’m older now, and I’m still afraid. Not of awkward inactions with neighbours or frustrating social media arguments. I’m afraid of killer cops, a corrupt justice system, and the people who stand idly by because they can’t see how desperate the situation is. Those fears and the experiences behind them define me. But they’re the reason I’m done side-stepping tough conversations about race in this country. 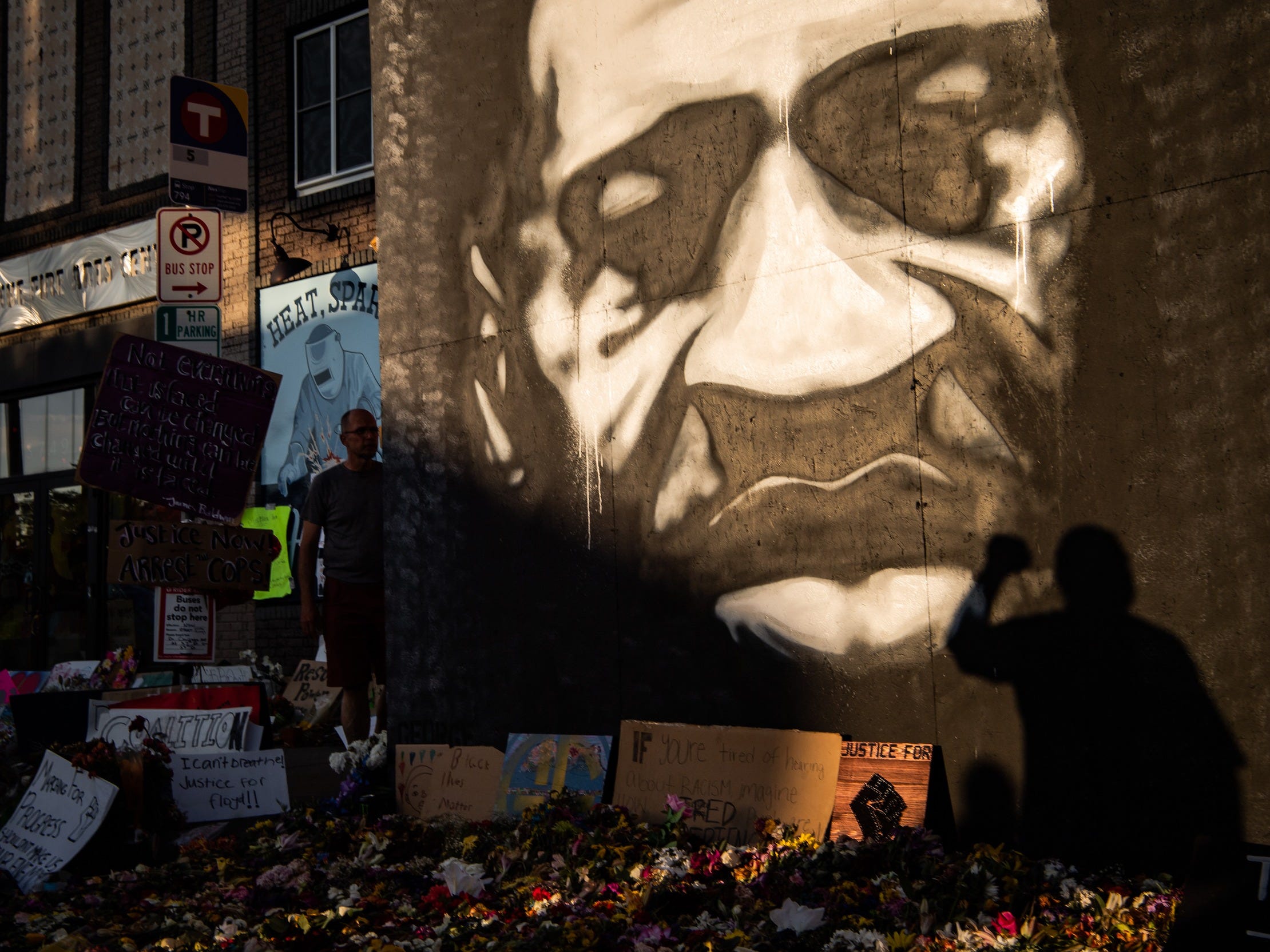 After my adoption when I was just a few months old, we moved to a predominantly Minnesota town

Life wasn’t always easy for my family, but growing up, I had parents who loved me, friends to play with, and a community that embraced me.

Albany has had its struggles with racism and xenophobia. But when I was young, I considered it a good place to grow up. I even thought it could be a decent place to come back to and settle down after experiencing more of the world.

It took leaving for me to realise I was accepted by my community, but not understood. Being embraced by the community didn’t shield me from being called the n-word before I even knew what it meant, from frequently being told I wasn’t really Black, and from being taught mostly white history from almost all-white teachers.

In those situations, being accepted isn’t enough. I needed to be truly seen so those around me could understand how detrimental these experiences were for a young Black kid who quite literally didn’t know much about who he was or where he came from.

By the time I graduated high school, I was so steeped in white culture that it barely even occurred to me to explore my own Blackness. Until Kanye West dropped “The College Dropout,” the only hip-hop CDs I owned were Nelly’s Country Grammar and a burned copy of the Marshall Mathers LP. Clearly, I was confused.

College was great, but it was also the first place I remember feeling real fear because of my Blackness

After high school, I spent four years attending a private college in St. Paul, Minnesota. I remember being pulled over by police my freshman year. I had to explain that just because the car I was driving was registered under my dad’s name – same last name, but a different skin tone – didn’t mean I stole it. (Honestly, who would steal a ’96 Dodge Neon?) I remember the summer after my junior year where I, a person of legal drinking age, was handcuffed and almost tased because I took exception to an officer calling me “boy” when breaking up a house party.

Eventually, I started to understand that because I was a Black man at a predominately white private school in Minnesota, I needed to be twice as cautious as white students and more protective of my non-white friends.

College is a dangerously late time to start coming to grips with the depths of prejudice in this country. Most Black boys know the ramifications of being a Black male in American by middle school. And as I grew older, I started feeling like my upbringing didn’t prepare me for the real world.

I realise now that when I was pulled over, I was lucky to simply get some light harassment. I realise now how lucky I am that I’m alive to tell my story about being handcuffed and almost tased instead of having someone else tearfully tell the story for me. 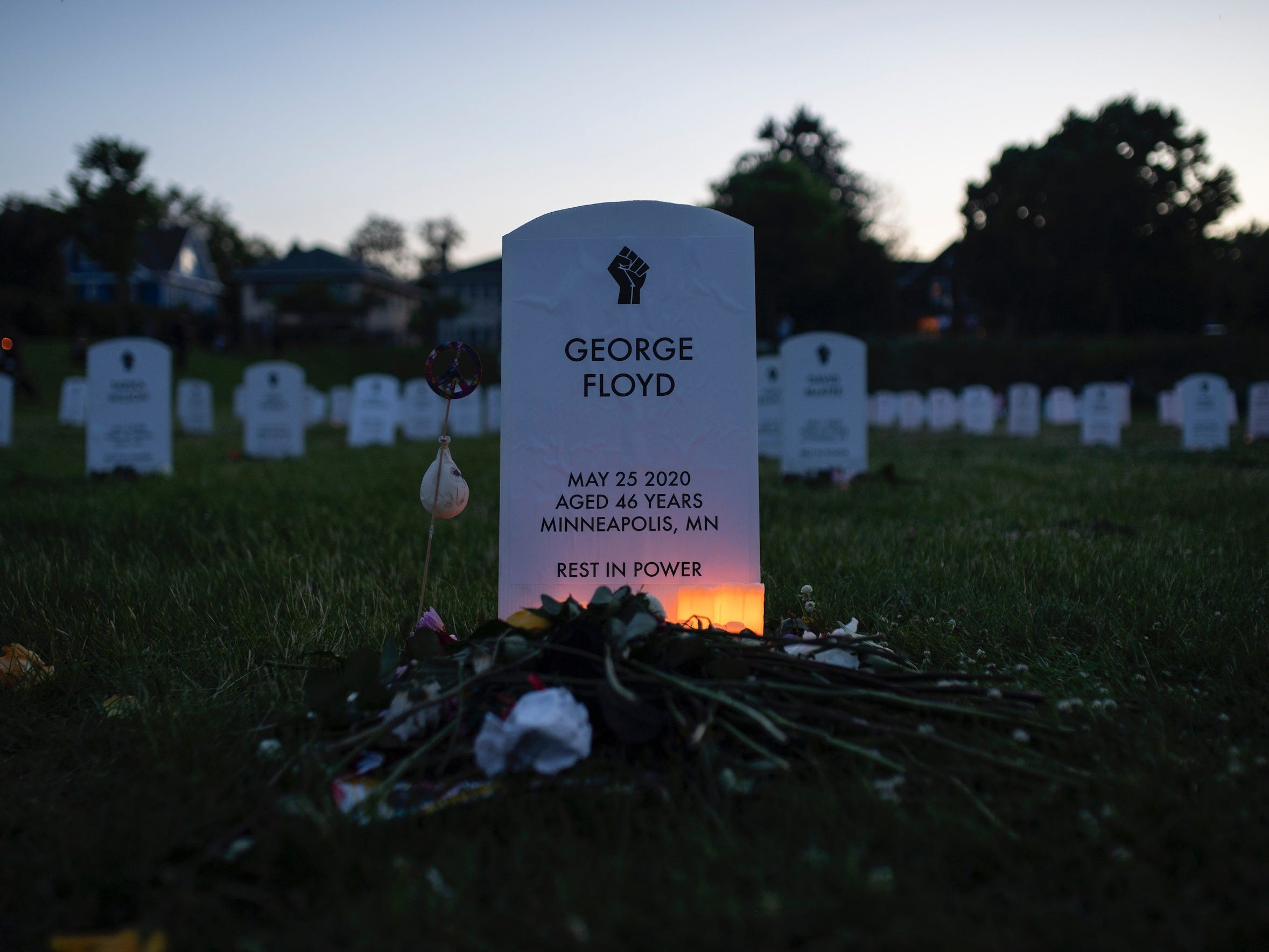 I never grew up fearing law enforcement the way I do now. I never grew up as angry as I should have been at the corrupt systems put in place to hold back people like me. I never grew up thinking, “This might be the last time I see my mum today, so I should be nicer to her.” Days like May 26th used to blindside me because I grew up in a bubble where, if things like that happened, we didn’t talk about them.

That feeling of being unprepared changed once I realised my perspective has power, and I have stand-up comedy to thank. After years of watching comedians deftly use their comedic voices to hilariously address racism and other kinds of backwards thinking in America, I decided to give it a try. Once I learned that my words not only made people laugh, but also made them understand, I was hooked.

Now, for better or worse, I’ll talk to anybody

In the nearly seven years I’ve been doing stand-up, I’ve had equally amazing and frustrating conversations with all sorts of people. People who barely have to try to get me and people who at times seem to try as hard as humanly possible not to get me. Luckily, my upbringing has allowed me to come into these discussions prepared.

The bubble I grew up in taught me that ignorance is often used as an excuse to stop uncomfortable conversations before they even start. When I encounter it, I know to try and educate instead of simply abandoning the conversation. The prejudice I faced taught me that not everyone is going to like what I have to say, but I’d rather be unliked than unheard.

The people that cared about me taught me that while acceptance and understanding may be two different things, one is often the doorway to the other. Finding common ground is a powerful learning tool.

My upbringing taught me that just because I took a different path to get where I am today, doesn’t make my journey less valid. People from all walks of life have a role to play in this historic moment. It’s up to each one of us to decide which part we want that to be. 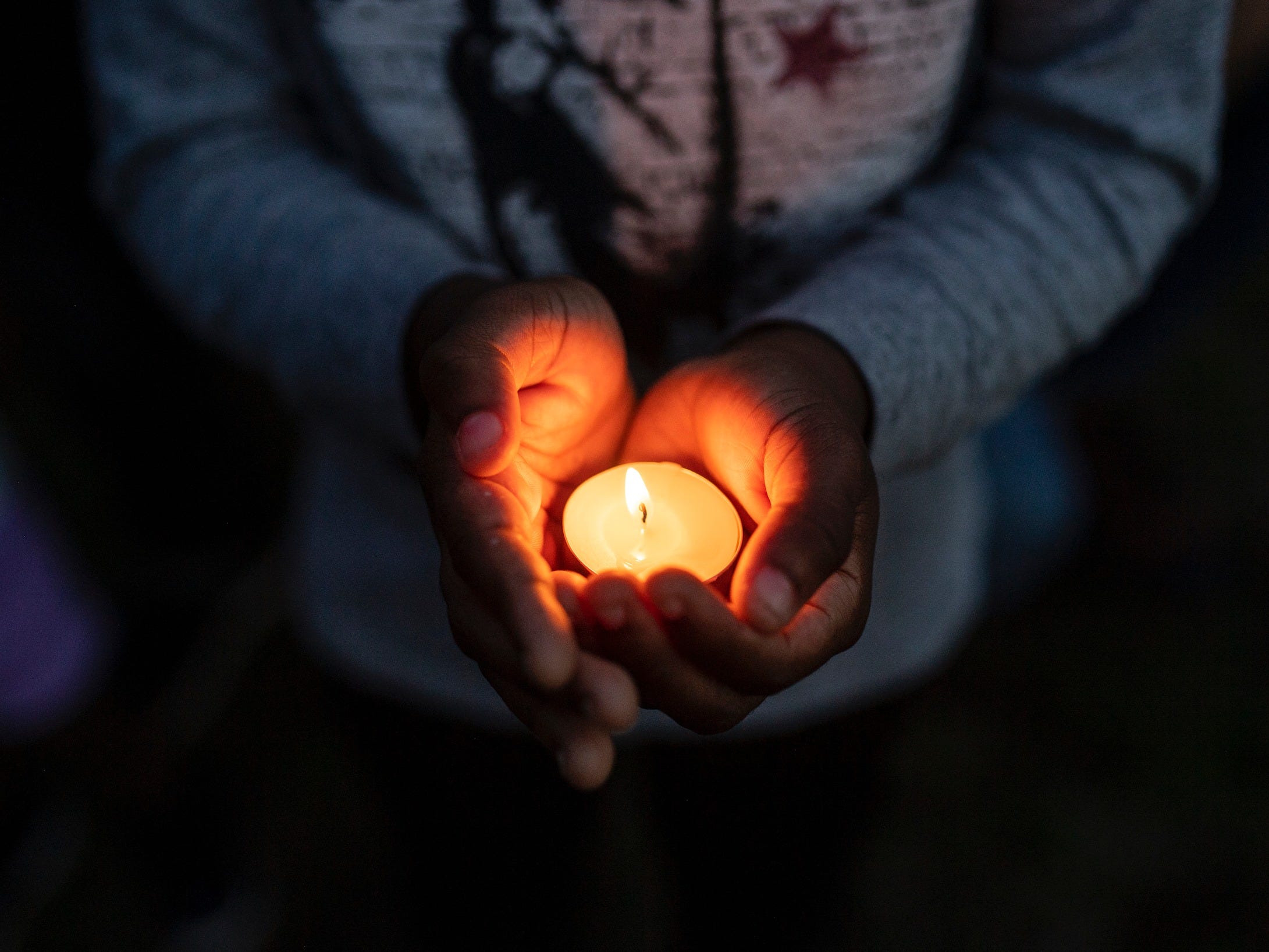 Stephen Maturen/Getty ImagesPeople attend a candle light vigil in memory of George Floyd and others who were killed by police on June 7, 2020 in Minneapolis.

I’ve lived life on two very different sides of this country’s racial divide. I’ve grown up around mostly white people, and I’ve been lucky enough to have an outstanding group of Black and non-white friends, bosses, co-workers, and mentors who’ve helped me balance my Black experience. I know tough and honest conversations are needed, and I know that even today, people in places like the area I grew up in still aren’t having them.

So to anyone staying silent: There’s no more room for “Minnesota nice.” It’s time to talk for real. I’m willing to do it, and it’s beyond time you are, too.

Ben Katzner is a New York City-based comedian, writer, and producer. He currently performs at comedy clubs and festivals across the country and co-hosts “Something Good,” a live-streamed comedy and variety show. Follow Ben on Twitter and Instagram.

I’m a Black American Muslim. After the killing of George Floyd, I hope that my community will speak out against injustices faced by Black people.

Non-Black photographers need to step aside and let Black people tell their own stories. It’s the most helpful thing they can do.