THEN AND NOW: The cast of 'Ferris Bueller's Day Off' 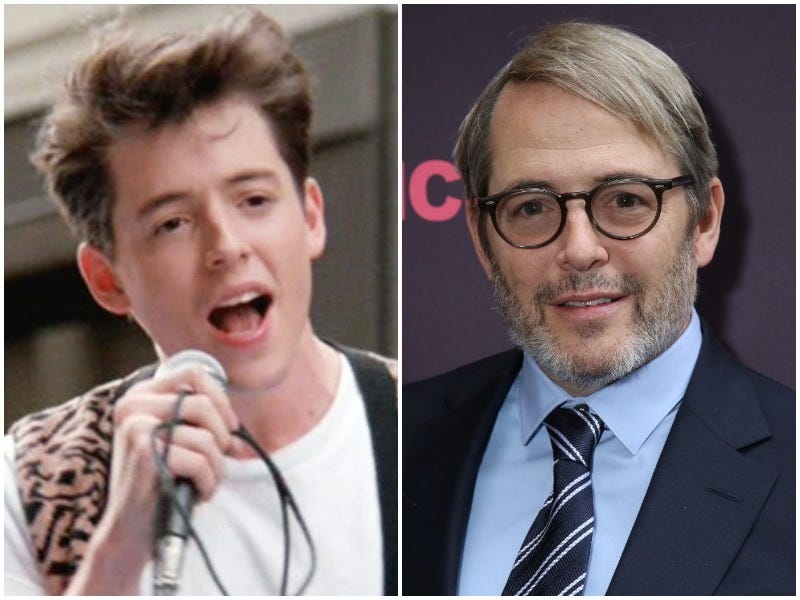 It’s been 34 years since “Ferris Bueller’s Day Off” first hit theatres, and the John Hughes comedy has become iconic.

Bueller (Matthew Broderick) pretends he’s sick and ditches school with his best friends, Cameron (Alan Ruck) and Sloane (Mia Sara), and the trio’s memorable day off takes them to a museum, to see a parade, and even results in a destroyed car.

Life has moved pretty fast since then, so here’s what the cast has been up to.

Matthew Broderick got his start in theatre and even won a Tony before playing the school-skipping Ferris Bueller. 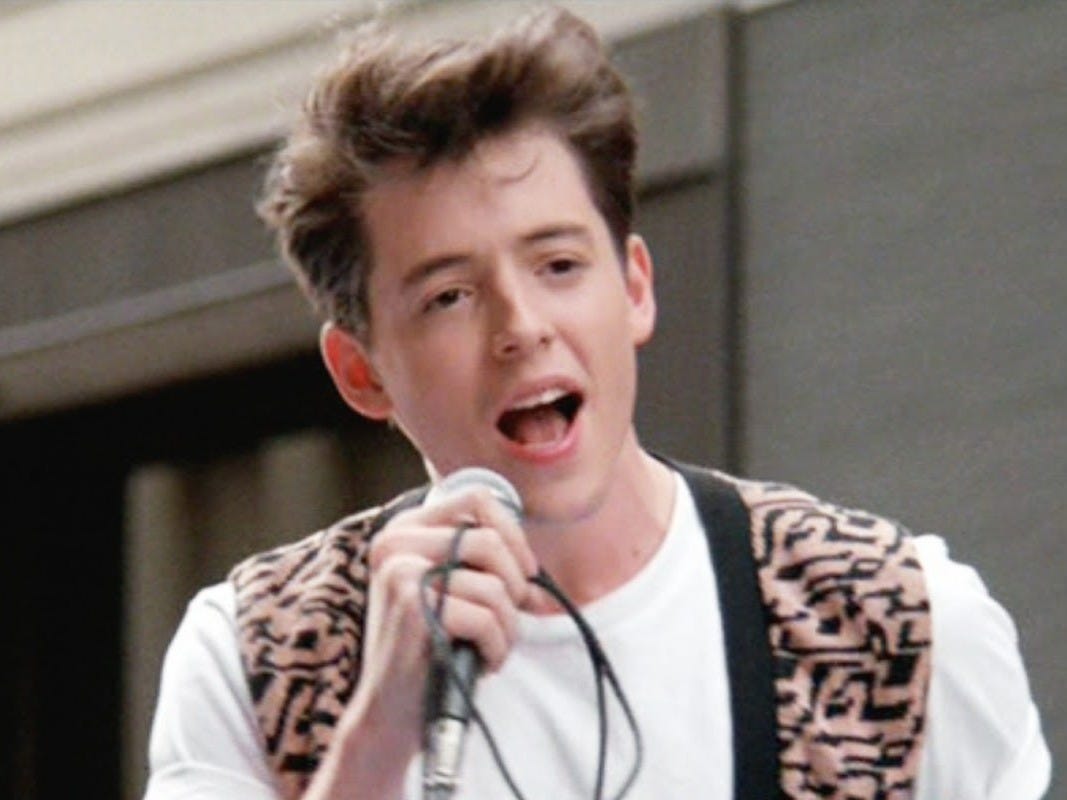 Paramount PicturesMatthew Broderick in the movie.

He was nominated for a Golden Globe in 1987 for the role.

Now married to Sarah Jessica Parker of “Sex and The City” fame, Broderick has continued to act. 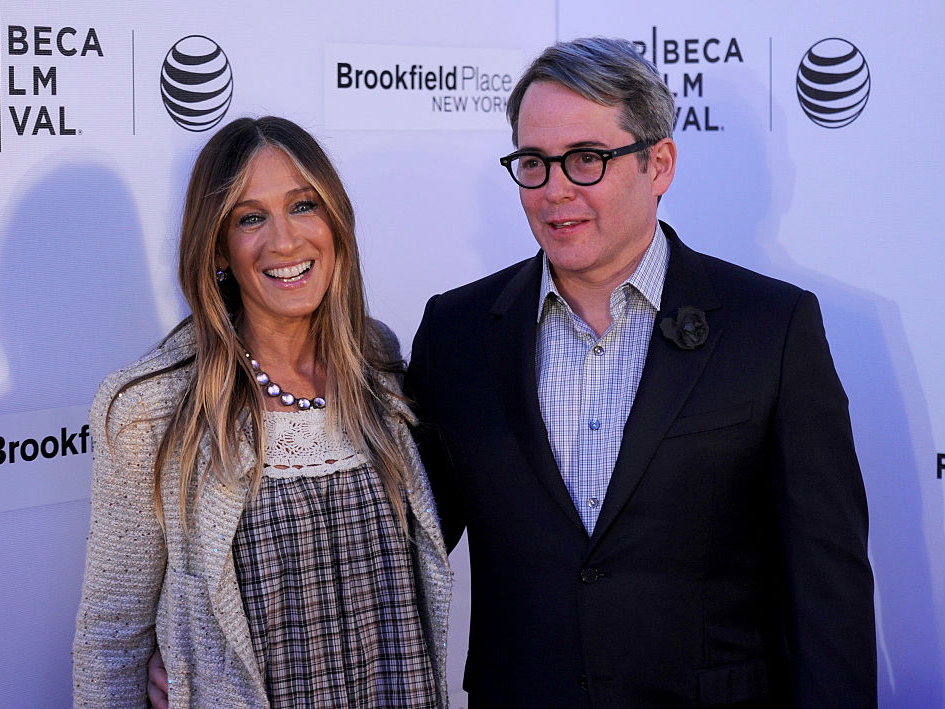 He starred in Warren Beatty’s rom-com “Rules Don’t Apply” in 2016, and has appeared in various television series including “The Conners,” “Better Things,” and “Daybreak.”

Alan Ruck had starred alongside Broderick on Broadway in 1985, and he had only appeared in two films before playing Ferris’ hypochondriac best friend, Cameron. 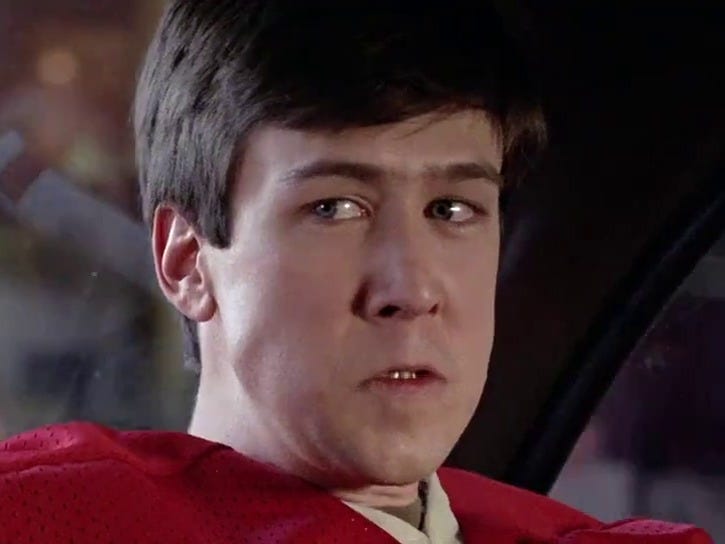 He was 29 when he played the high schooler.

He is starring as Connor Roy in “Succession.” He also starred in the Netflix movie “War Machine” and the musical comedy “Dreamland.”

Portraying Ferris’ girlfriend, Sloane, was Mia Sara in her second ever movie role. 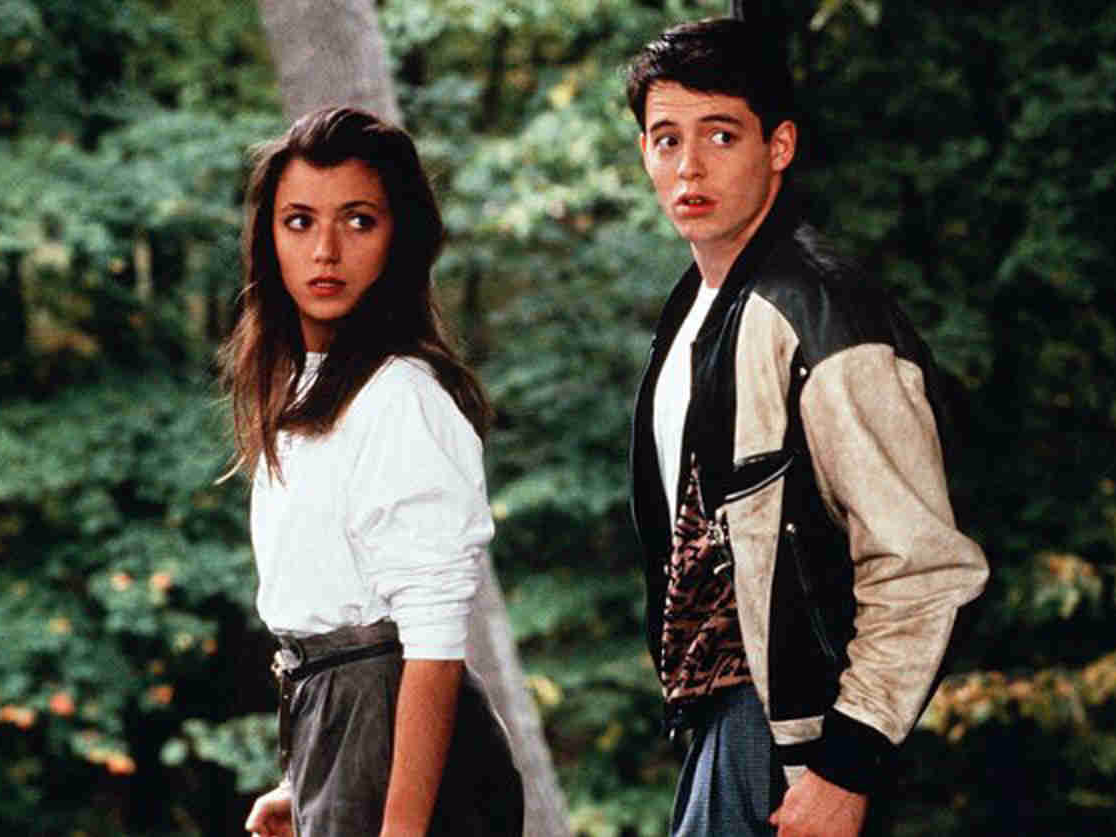 Her first role was the character of Lili in the 1985 movie “Legend” with Tom Cruise.

She went on to play Harley Quinn in the short-lived drama “Birds of Prey” and Princess Langwidere in “The Witches of Oz.” 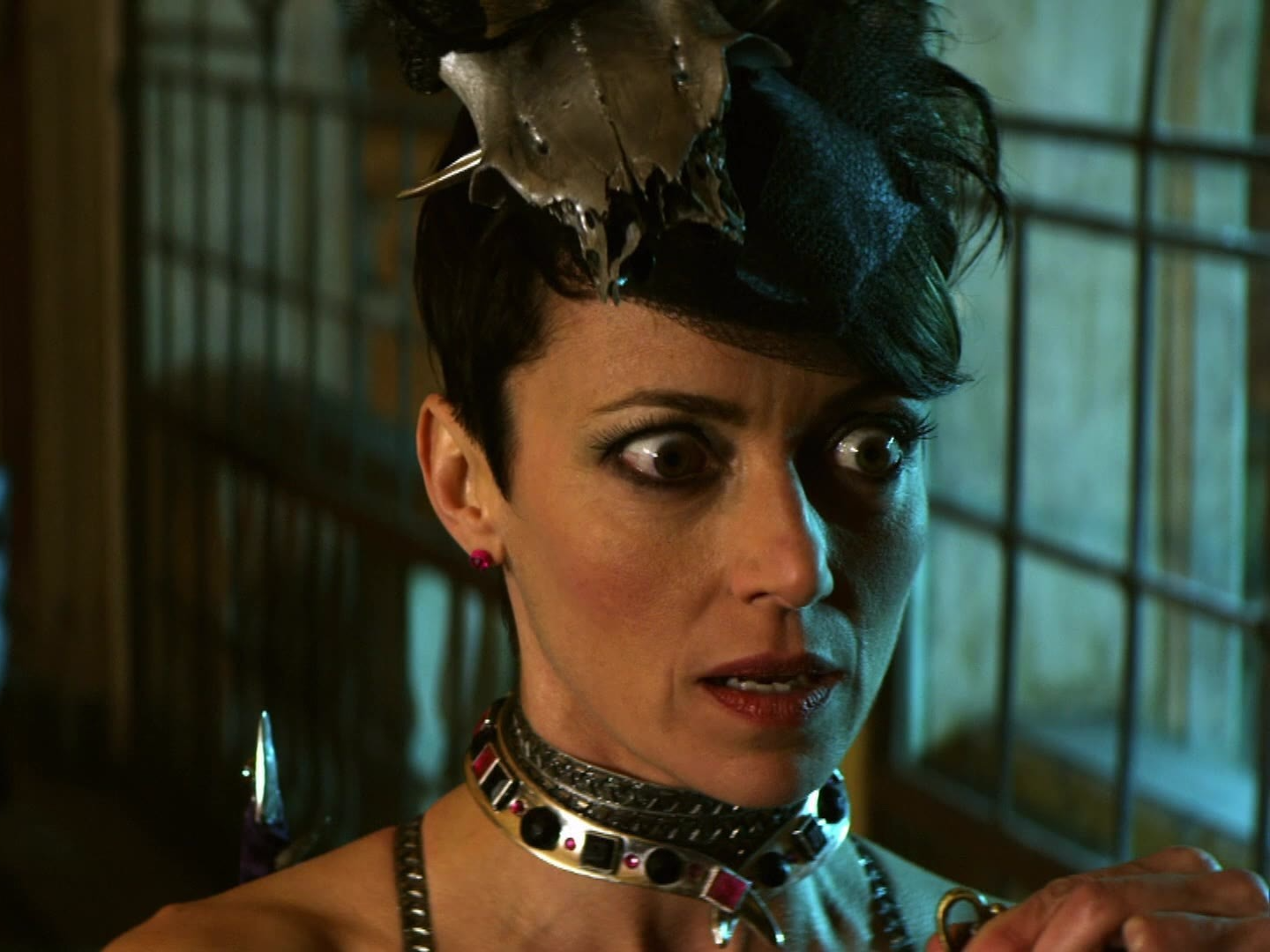 MarVista Entertainment.Mia Sara in ‘The Witches of Oz.’

Jennifer Grey was early into her career when she was cast as Ferris’ sister. 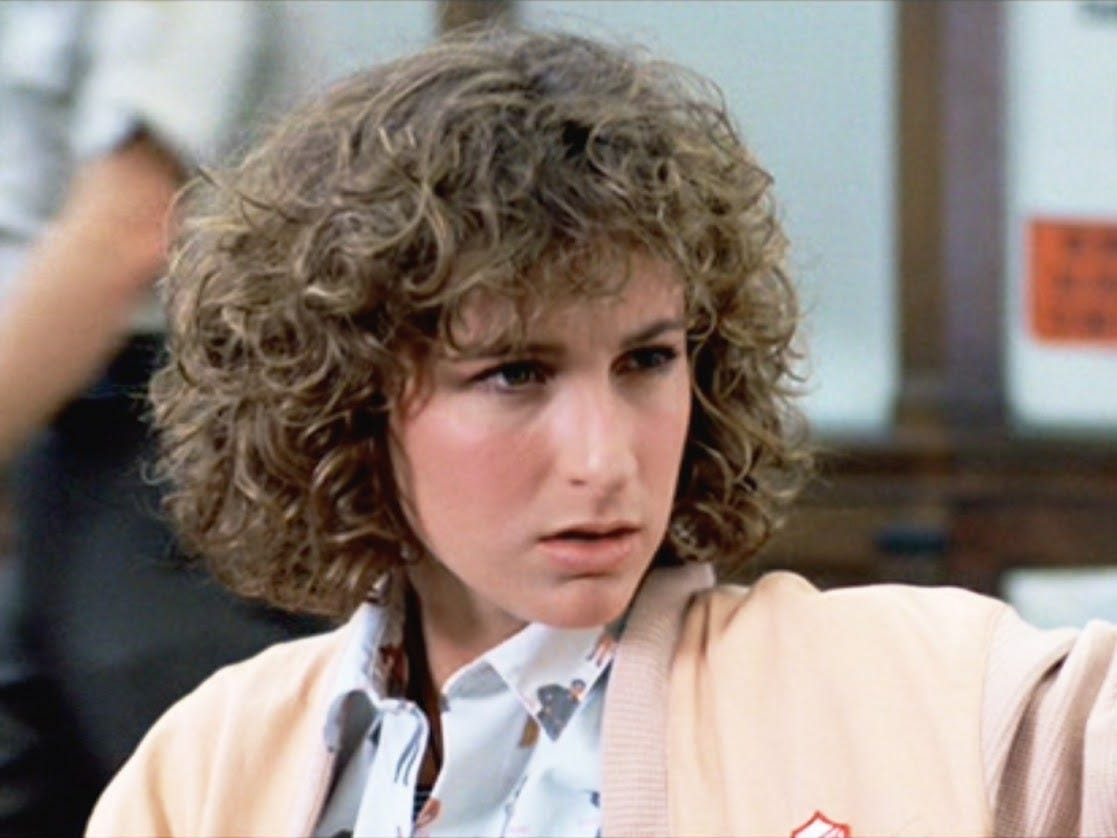 A year after “Ferris Bueller’s Day Off,” Grey starred in “Dirty Dancing,” for which she earned a Golden Globe nomination.

She was the season 11 winner of “Dancing With the Stars,” and she starred in the Amazon comedy “Red Oaks.” 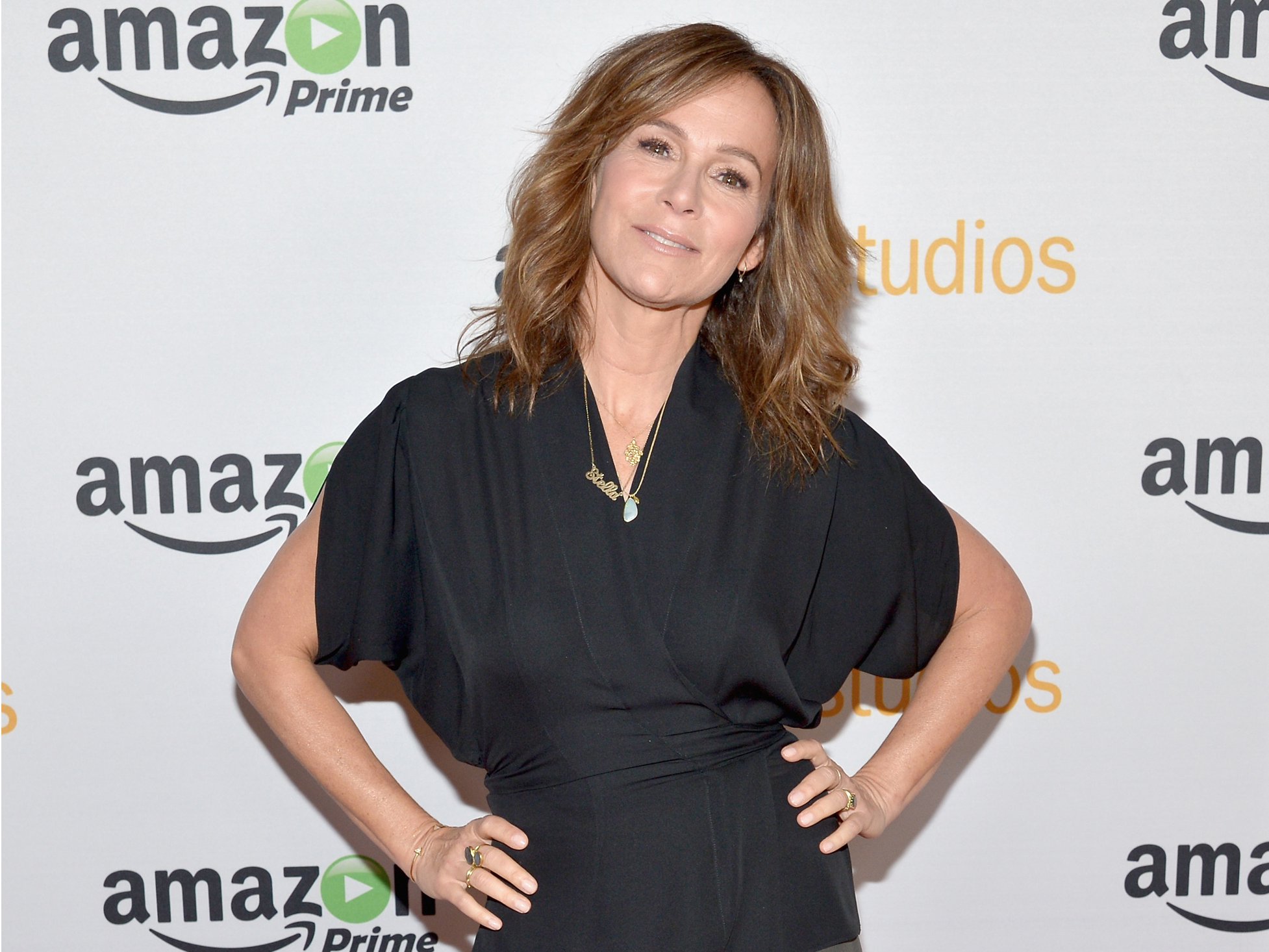 She has also appeared on “Grey’s Anatomy” and “The Conners.”

Charlie Sheen played a delinquent at the police station in “Ferris Bueller’s Day Off.” 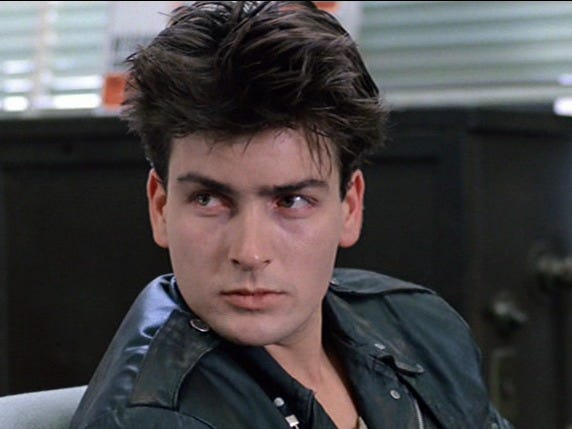 His first major role was alongside Jennifer Grey in 1984’s “Red Dawn.” He starred in the Academy Award-winning “Platoon” that same year.

He went on to star in a number of successful films. He transitioned to a successful TV career with “Two and a Half Men,” but alcohol and drug struggles ultimately led to his contract being terminated. 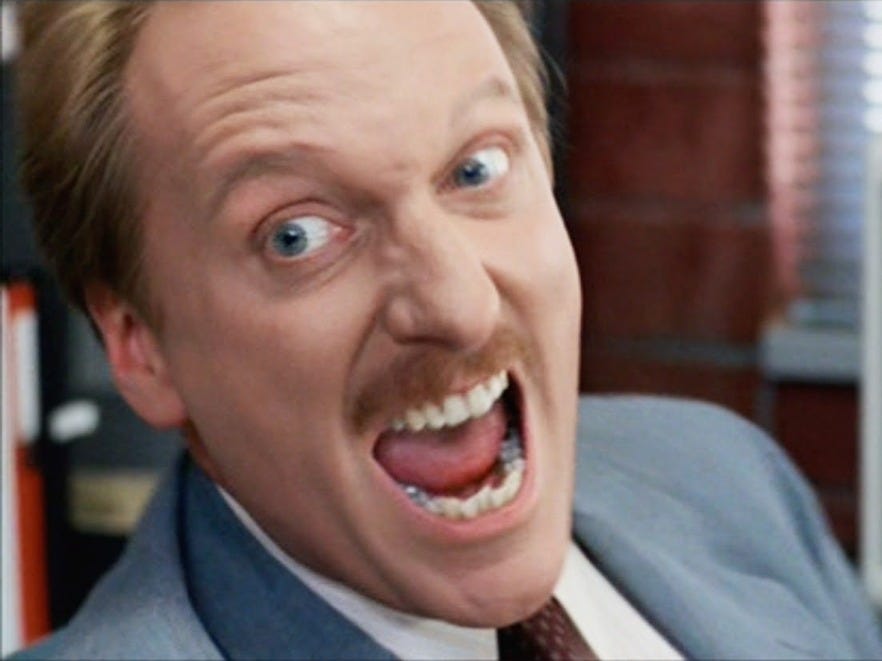 Before “Ferris Bueller’s Day Off,” he earned a Golden Globe nomination for his role as Emperor Joseph II in 1984’s “Amadeus.”

He went on to star in films such as “Beetlejuice” and “Sleepy Hollow.” 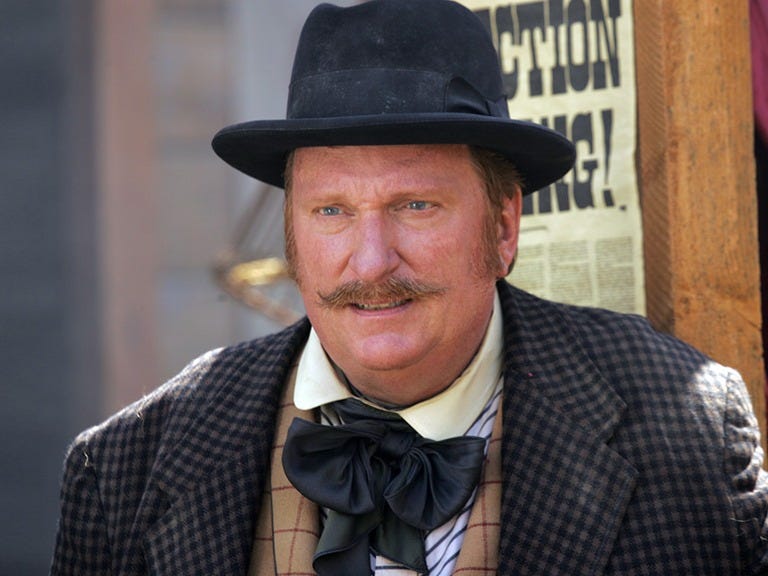 He also appeared on TV shows like HBO’s “Deadwood.”

Ben Stein played the economics teacher — whose repetition of “Bueller” has become iconic — as his second acting gig. 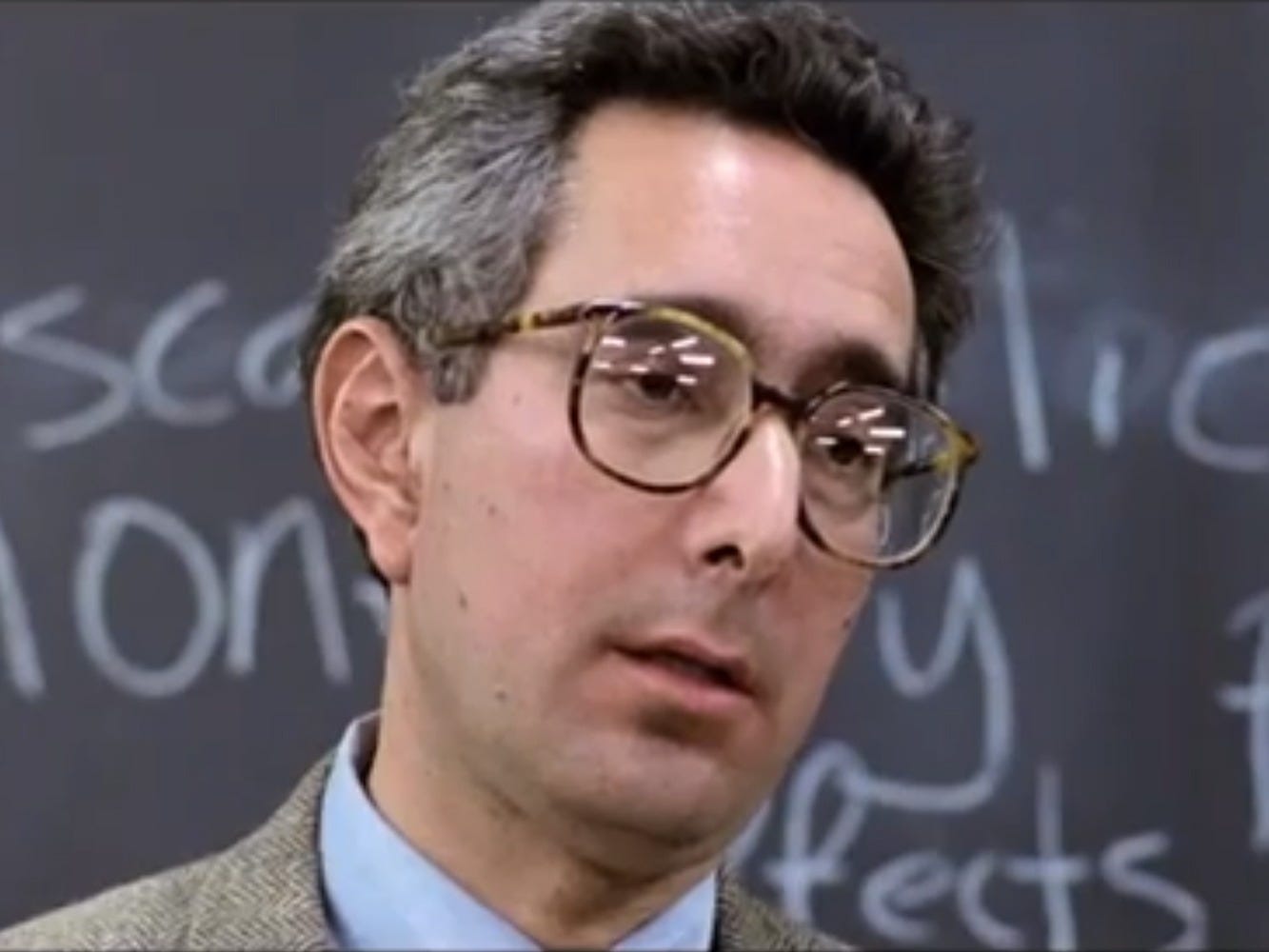 Stein graduated from Yale Law School in 1970. Over the years, he was a poverty lawyer, trial lawyer at the FCC, a speechwriter for Richard Nixon, and an attorney at the White House before venturing into acting.

He has continued to act and do voiceover work, and he served as a panelist on “Cavuto on Business.” 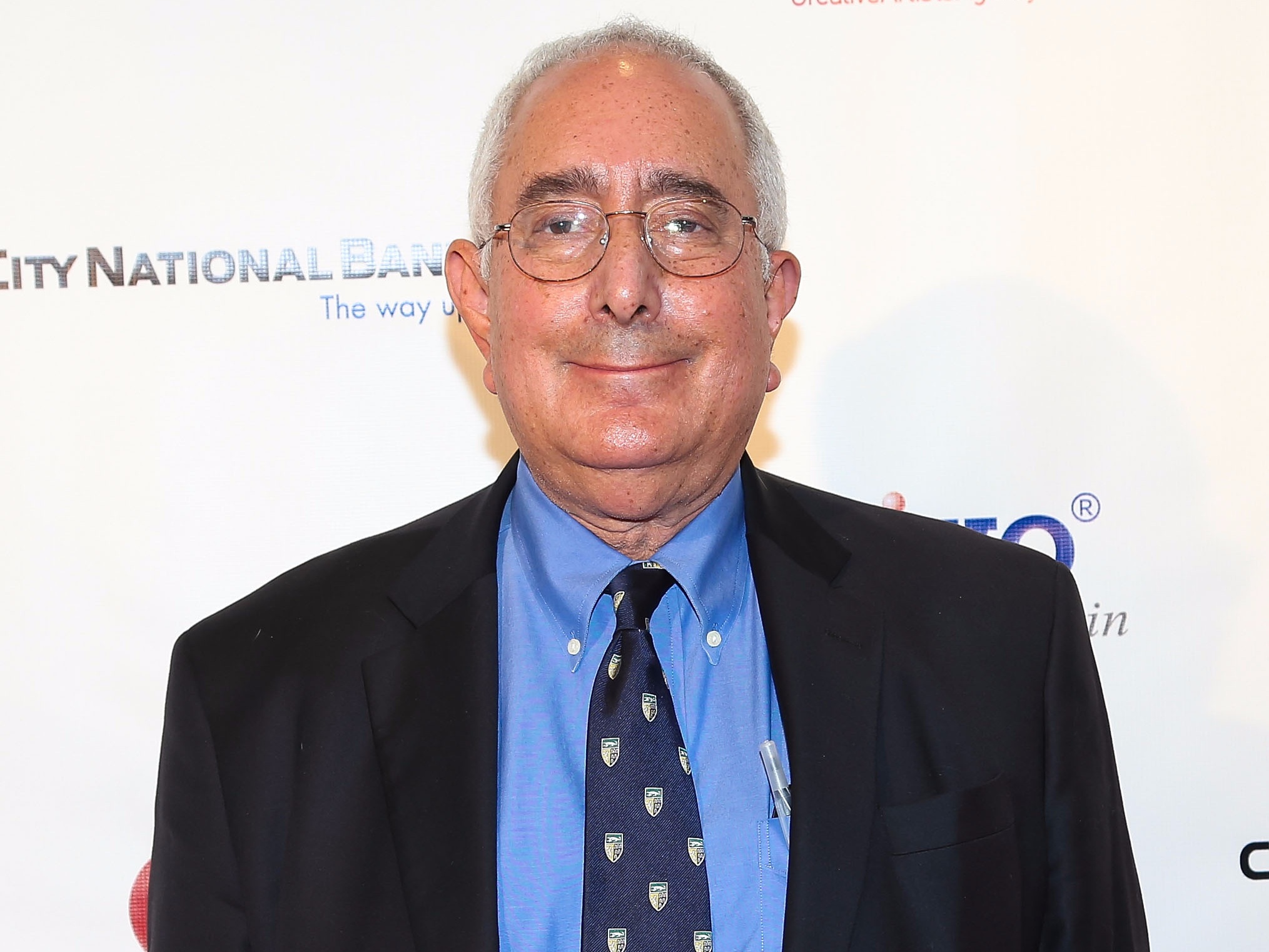 Stein is a vocal conservative commentator.

Edie McClurg played the sweet assistant to the principal in “Ferris.” 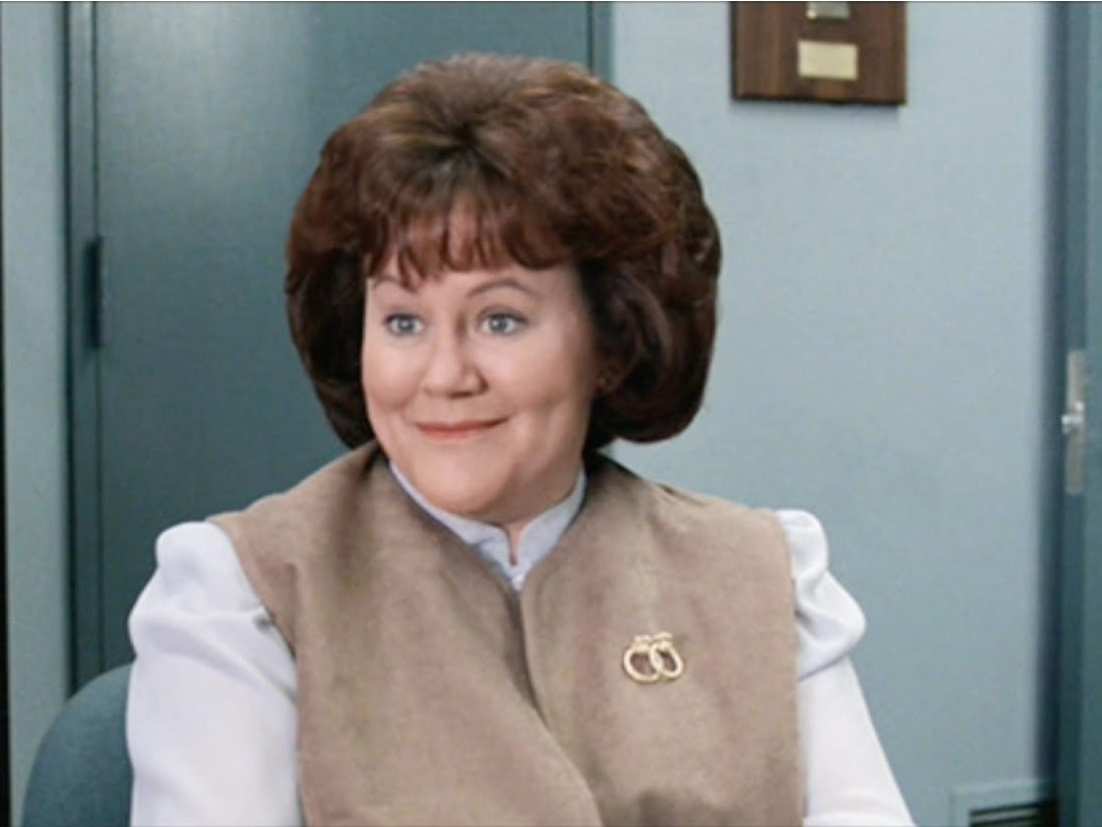 McClurg made her film debut in the 1976 horror movie “Carrie.”

McClurg has more than 100 credits to her name, including voiceover work in “The Little Mermaid,” “Frozen,” and “Zootopia.” She most recently lent her voice to an episode of “Family Guy.”

Cindy Pickett was largely known for her TV roles before she played Ferris’ mum. 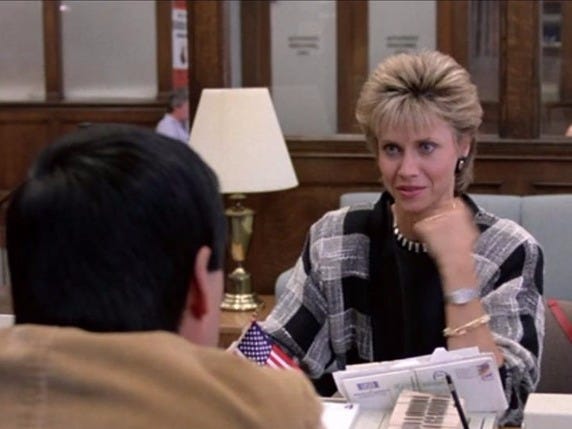 Pickett was a cast member of the soap “Guiding Light” and medical drama “St. Elsewhere.”

She’s since appeared in shows including “Burn Notice” and “The Mentalist.” 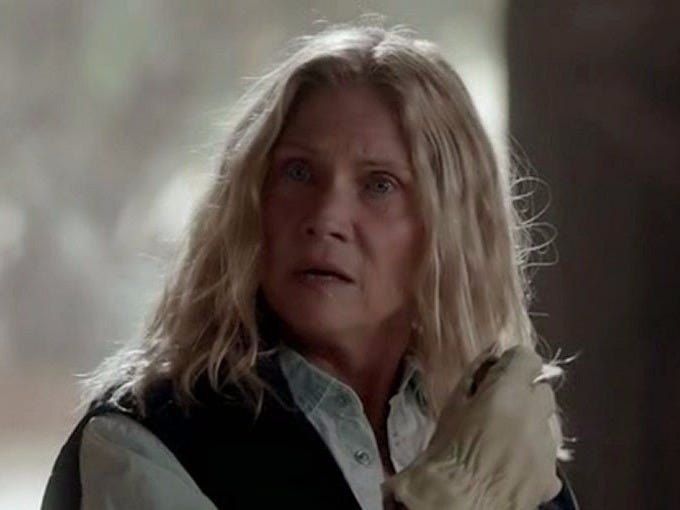 CBSCindy Pickett in ‘The Mentalist.’

She also starred in the 2018 sci-fi drama series “Age of the Living Dead.”

Lyman Ward had mostly appeared on TV before he played Ferris’ father. 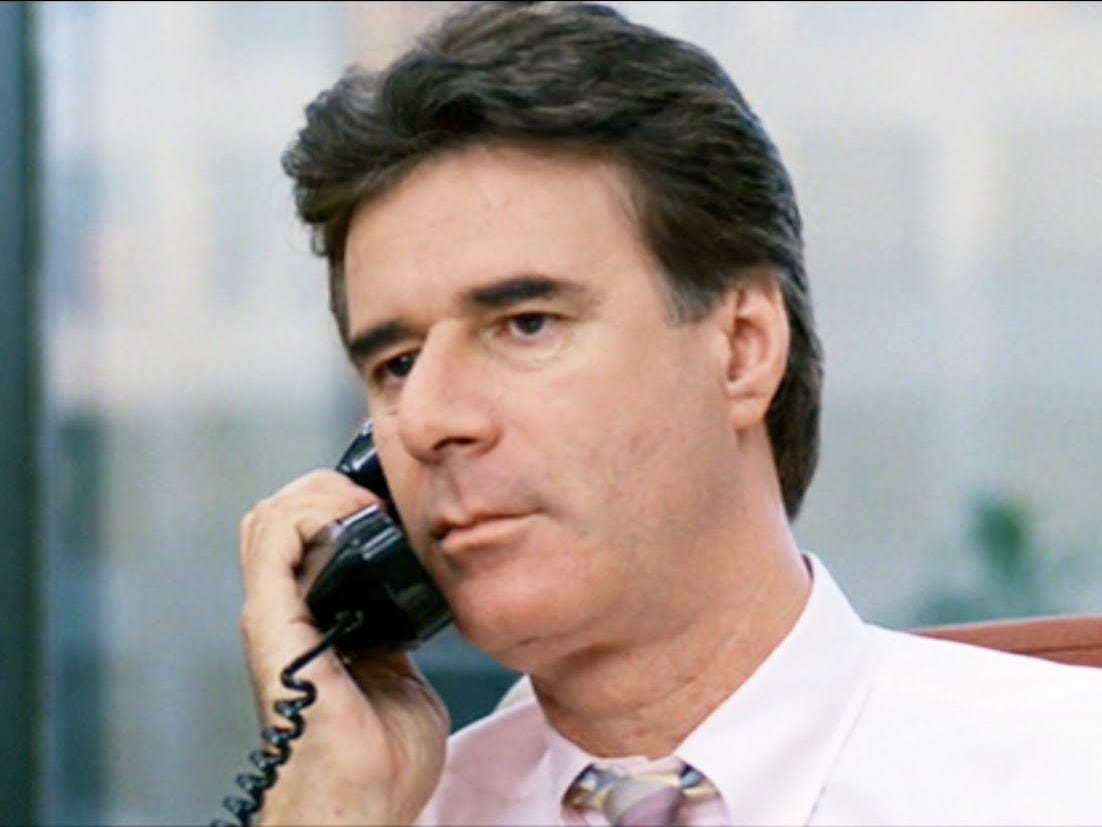 He had small roles on shows like “Laverne & Shirley,” “One Day at a Time,” and “Battlestar Galactica.”

He’s continued to act, playing a secret service agent in “Independence Day” and a teacher in “Not Another Teen Movie.” 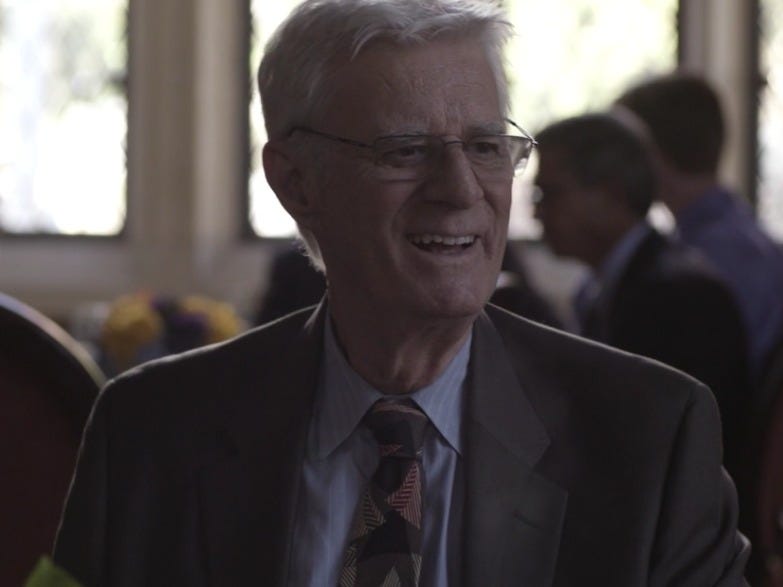 He most recently appeared in an episode of “Transparent.”