THEN AND NOW: The 5 most famous girl groups of the '90s 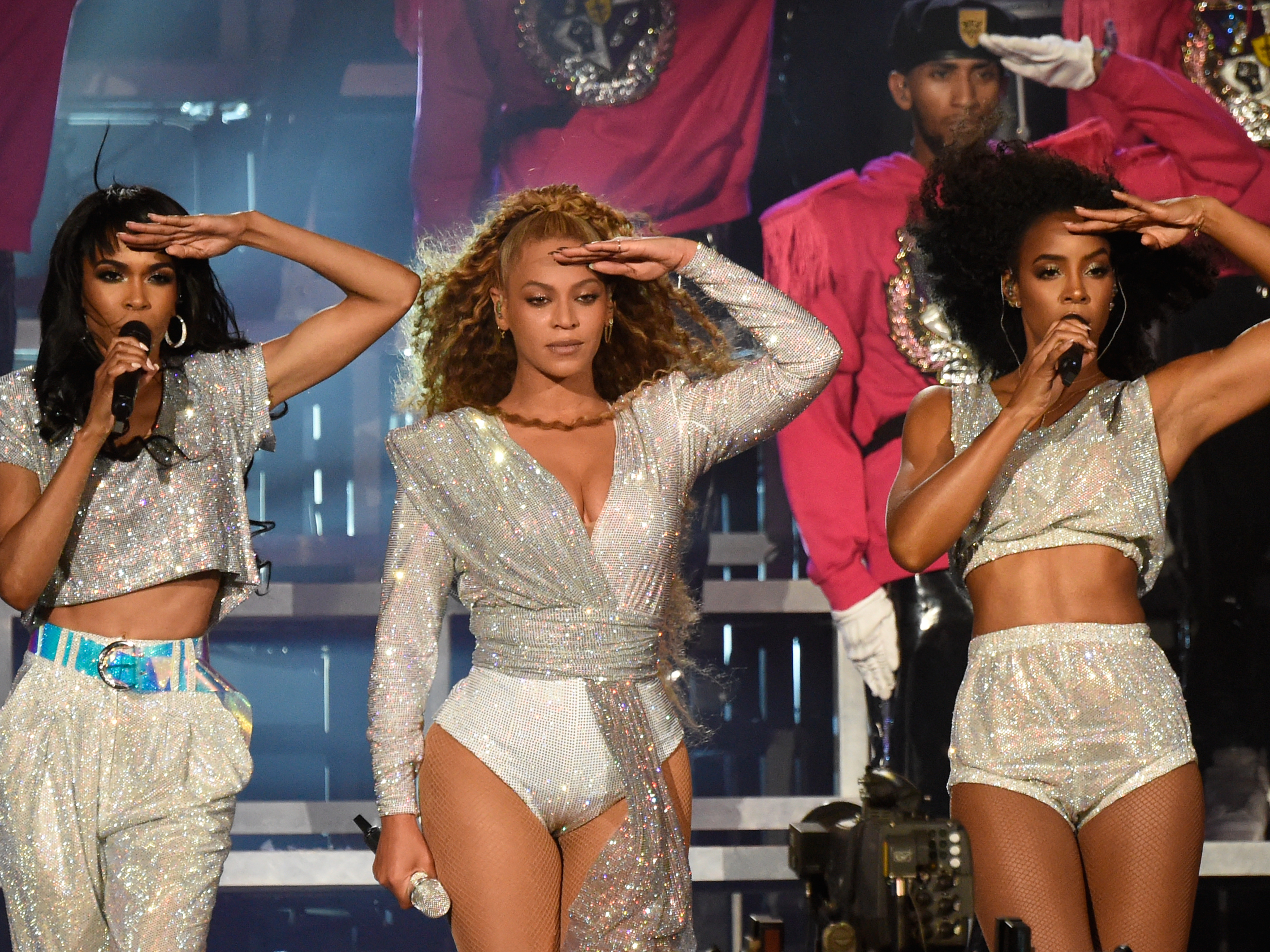 Girl groups have been taking a hit lately. The most high-profile girl group in recent history, Fifth Harmony, broke up years ago. It’s pretty much an empty field besides British “X Factor” winners, Little Mix.

But fear not – plenty of ’90s girl groups are planning comebacks at this very moment. There’s even a Spice Girls animated movie in development, so prepare your Union Flag dress and red wig.

Here are five of the most prolific girl groups in music history, and what they’re up to now.

The Spice Girls are inarguably the biggest girl band of all time. They were formed in 1994. Posh, Baby, Scary, Ginger, and Sporty Spice – or Victoria Beckham, Emma Bunton, Mel B., Geri Halliwell, and Mel C., as you might know them now – essentially took over the world in the ’90s with their 1996 smash hit “Wannabe.”

Their success translated into multiple hit albums, a feature film (“Spice World: The Movie”), and an extreme amount of merchandise.

Halliwell, aka Ginger, quit the band in 1998. Soon after, the band went on a years-long hiatus.

The Spice Girls have reunited at various times over the last two decades, though rarely with all five members. 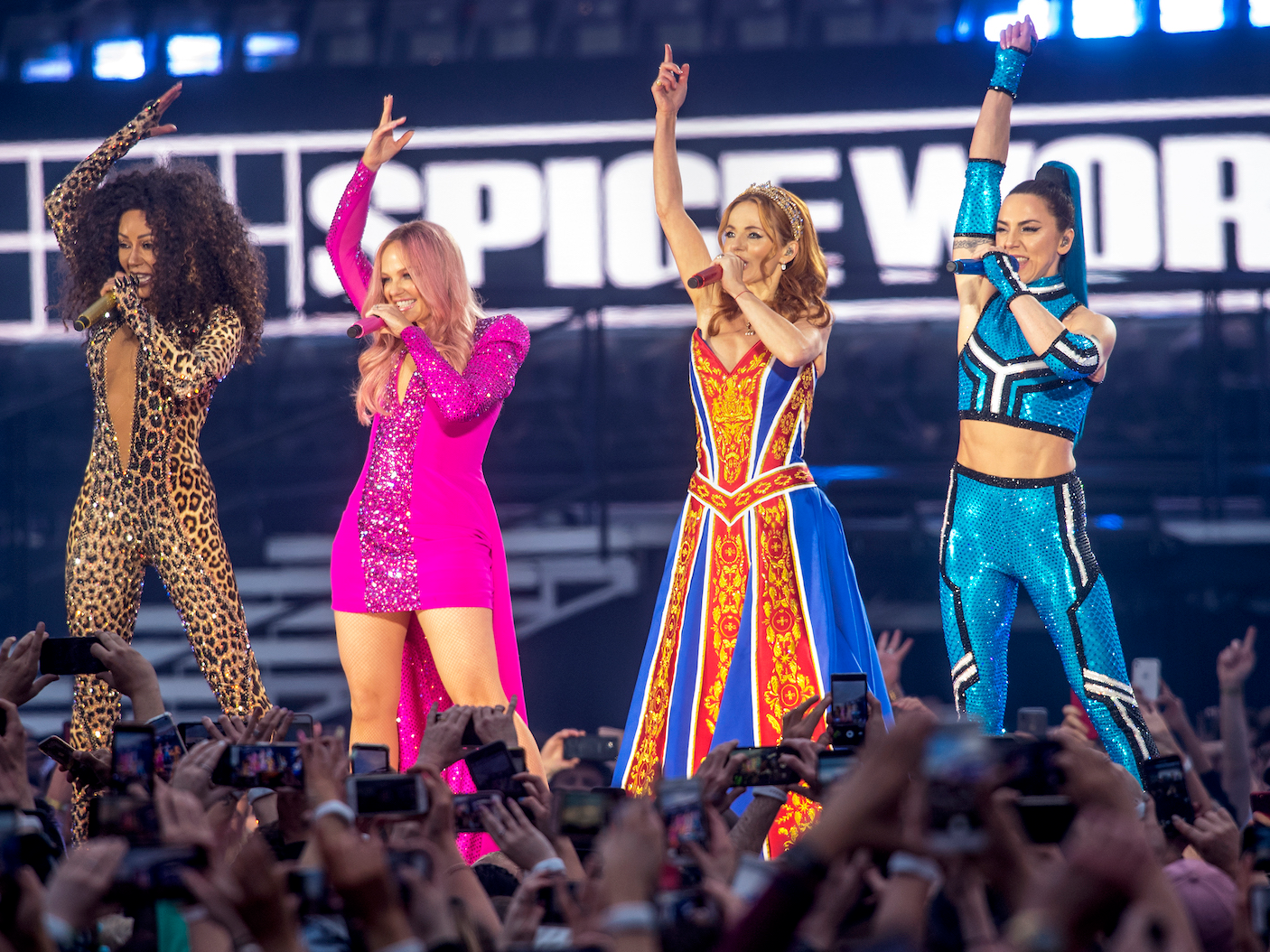 Dave J Hogan/Getty ImagesThe Spice Girls perform on the first night of their reunion tour at Dublin’s Croke Park on May 24, 2019.

The group reunited in 2007 for a tour, and again at the 2012 Olympics. In 2016, a new group consisting of Halliwell, Bunton, and Brown was teased on their website, called “The Spice Girls – GEM,” as Beckham and Chisholm were not participating. However, it was called off when Halliwell got pregnant in 2017.

In 2018, a reunion tour with four of the five members was announced for the following year. Beckham sat it out. Over 20 years after their formation, the tour made $US78 million.

In June 2019, all five Spice Girls were confirmed to be participating in an animated movie about the band.

As for their individual career paths, Mel C. has stayed in the music business with a successful solo career and as most people surely know, Beckham has made a name for herself in the fashion industry. As for Mel B., she has a lengthy television resume with gigs on “The X Factor,” “America’s Got Talent,” and “Lip Sync Battle UK.” Halliwell became a children’s book author in 2007. Emma Bunton has continued to release music while working as a radio DJ.

TLC had nine Top 10 hits during the ’90s, including “Waterfalls” and “No Scrubs.” 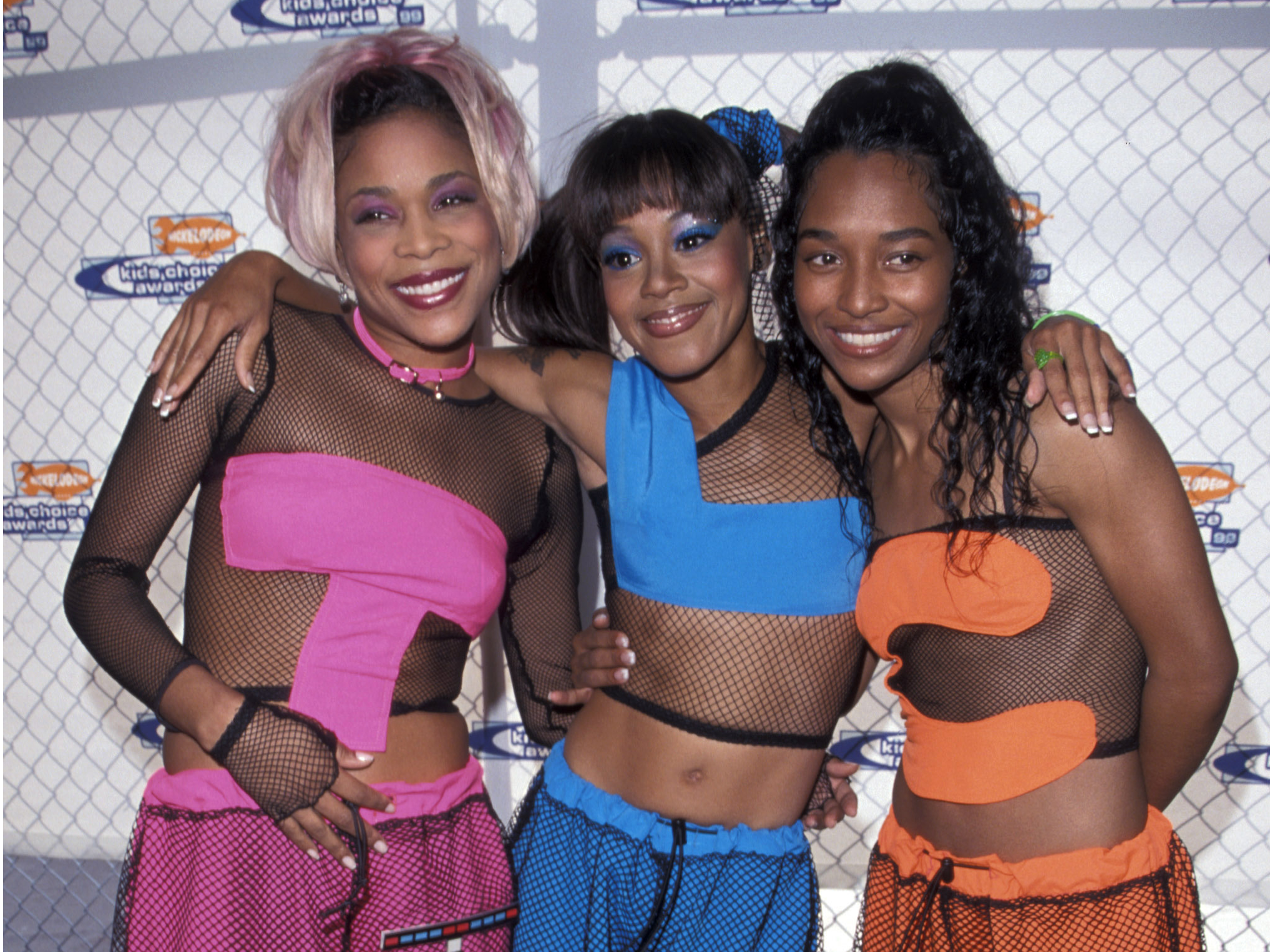 There isn’t a ’90s child today that can’t tell you all the words to the chorus of “Waterfalls” or “No Scrubs.” Thanks to TLC’s Tionne “T-Boz” Watkins, Lisa “Left Eye” Lopes, and Rozonda “Chilli” Thomas, those instant classics helped the ’90s become one of the best musical eras of the millennium.

Their group lost a member in 2001 when Lopes decided to try her hand at a solo career. While working on her second album,she died tragically in a car accident in Honduras in 2002. They released their fourth album, “3D,” six months after her death.

The band lost a cherished member, but the now-duo last released an album, “TLC,” in 2017. They remain the best-selling American girl group of all time. 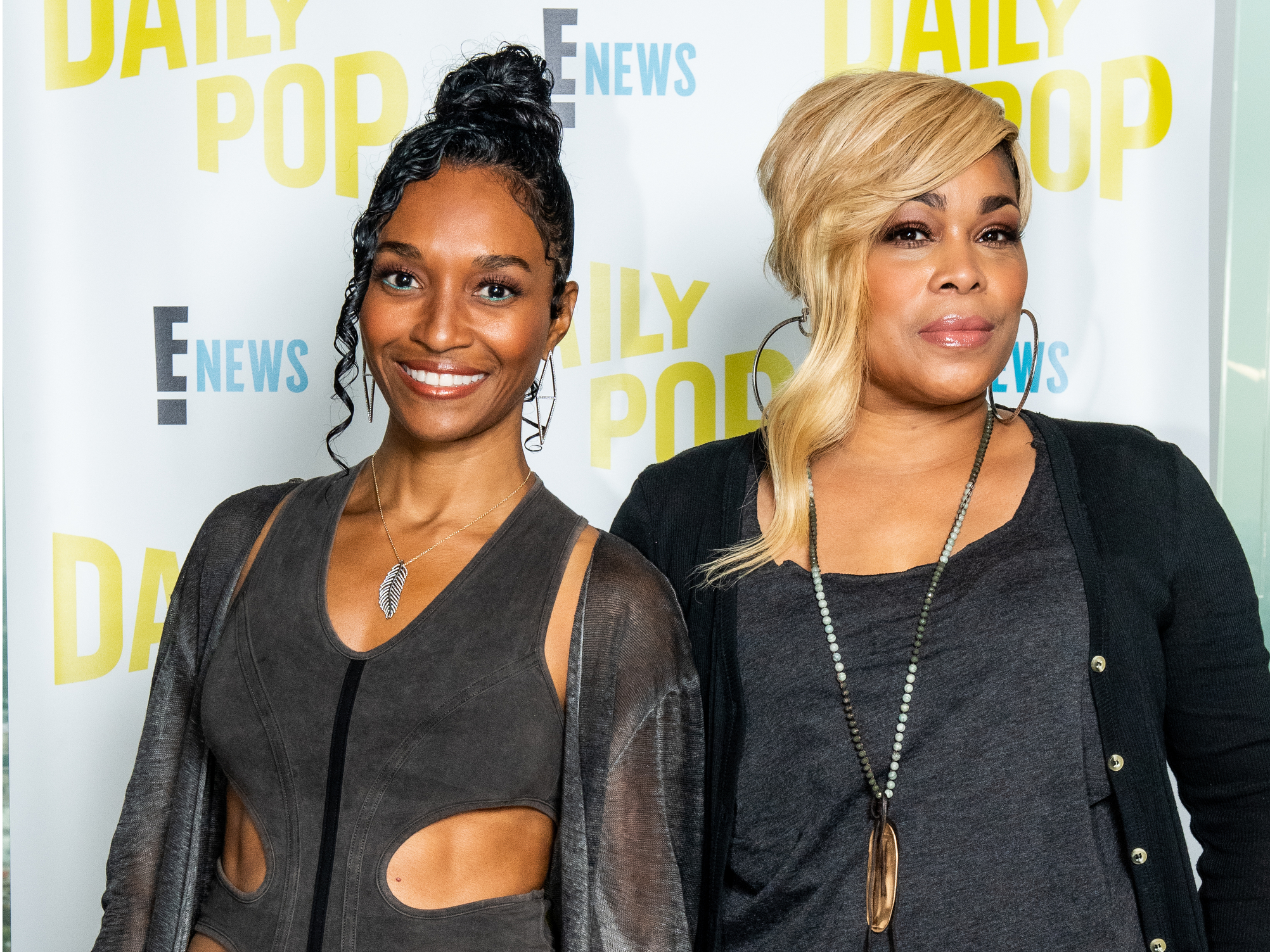 Thomas and Watkins have recorded and performed sporadically over the years. They released their fifth album “TLC” in 2017, 15 years after the release of “3D.” According to ITV, TLC has sold 70 million records around the world. Billboard, for its part, also put TLC at No. 2, only behind The Supremes.

They also went on tour in 2015 with Nelly and New Kids on the Block, and again in 2019 with Flo Rida and Nelly to promote their album.

Most recently, the singers have taken their talents to the screen. Watkins worked on “Days of Our Lives” and had an appearance on “Real Housewives of Atlanta” as a friend of Kandi Burruss. Thomas had her own reality TV dating show, “What Chilli Wants,” and co-starred in the January 2017 biopic “Marshall.”

Destiny’s Child was one of the most popular girl groups of the late ’90s. What started as a quartet in the early ’90s eventually became a trio and Destiny’s Child’s best-known lineup: Beyoncé Knowles, Kelly Rowland, and Michelle Williams.

Some of their hits, including “Bills Bills Bills” and “Say My Name,” are among the most recognised songs from the ’90s. They gave their final performance as a group in 2006.

One member of Destiny’s Child became (arguably) the most famous celebrity in the world, but the other two have had careers worth mentioning, too. As Beyoncé went on to achieve record-breaking success, Rowland and Williams seemed to get left in the dark. But while their names might not be quite as big as Beyoncé’s, they have both done quite a bit since the group’s end.

Rowland landed a recurring role in “Empire,” was featured on Michelle Obama’s charity single “This Is For My Girls,” and released her first book, “Whoa, Baby!: A Guide for New Mums Who Feel Overwhelmed and Freaked Out (and Wonder What the #*$& Just Happened).” She’s also been a judge on “The Voice Australia” since 2016. She released a single, “Coffee,” in April 2020.

Williams has kept just as busy with her role as Roxie Hart in “Chicago” for six weeks back in 2010 and a 2014 gospel album, “Journey to Freedom.” Williams was also unmasked on season two of “The Masked Singer.”

Destiny’s Child has reunited twice since their initial breakup. First, at the 2013 Super Bowl when Beyoncé was performing at the halftime show, and again during Beyoncé’s iconic Coachella set in 2018.

The Dixie Chicks are the most famous country girl group of all time. Not since the Dixie Chicks has country music had such a dominant girl group. They released hit after hit, achieved crossover success, and won Grammys.

The most famous lineup consists of Natalie Maines, Emily Strayer, and Martie Maguire, which was finalised in 1992. After that, they achieved mainstream success with their 1998 album “Wide Open Spaces.”

Though they were extremely popular, it didn’t make them invincible. In 2003, Maines made negative comments about President Bush and the Iraq War during a concert. The backlash was immediate – the band received death threats, were essentially blacklisted by country radio, and they never fully recovered.

After getting blacklisted for years, the Dixie Chicks are making a comeback. They released an album in 2006, “Taking the Long Way,” which went on to win five Grammys, including Album of the Year. It contained songs like “Not Ready to Make Nice,” “The Long Way Around,” and “Everybody Knows,” which all reference their scandal.

After that, they took a 14-year break from recording music. In 2019, they featured on Taylor Swift’s song “Soon You’ll Get Better.” In March 2020, they released their first single since 2006, “Gaslighter.” This Irish girl group became a big name in music with songs like “C’est La Vie“ and “Rollercoaster.” The women – Edele Lynch, Keavy Lynch, Lindsay Armaou, and Sinéad O’Carroll – toured with *NSYNC and Britney Spears before splitting in 2002 because O’Carroll left the group and Sony dropped them.

B*Witched is still in the music industry and working on new music together. 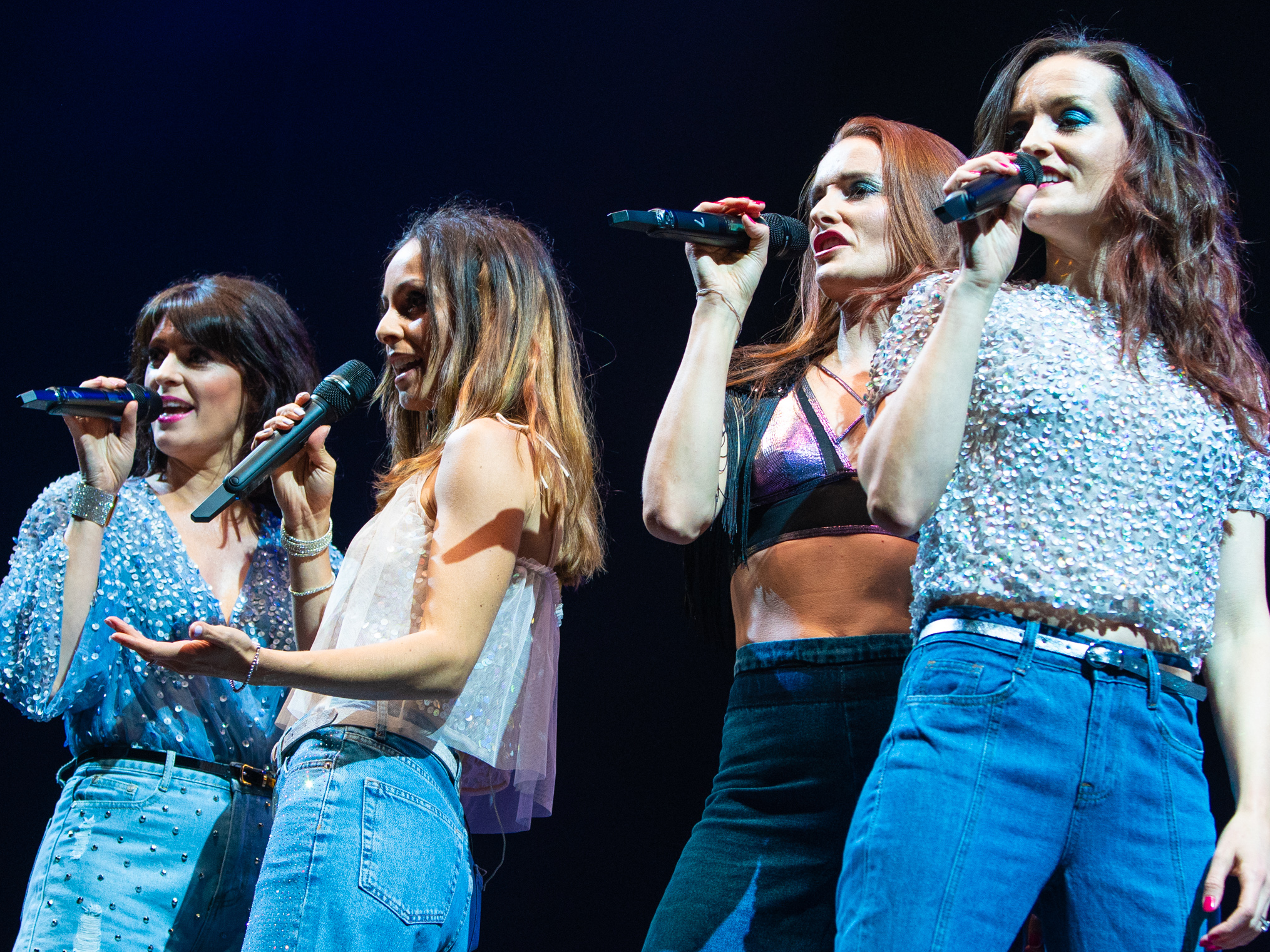 When 2012 rolled around, the group reunited for a series called “The Big Reunion” and have been performing together since. They wrapped up their tour through Australia in March 2017 and released an album in 2014 called “Champagne or Guinness.”