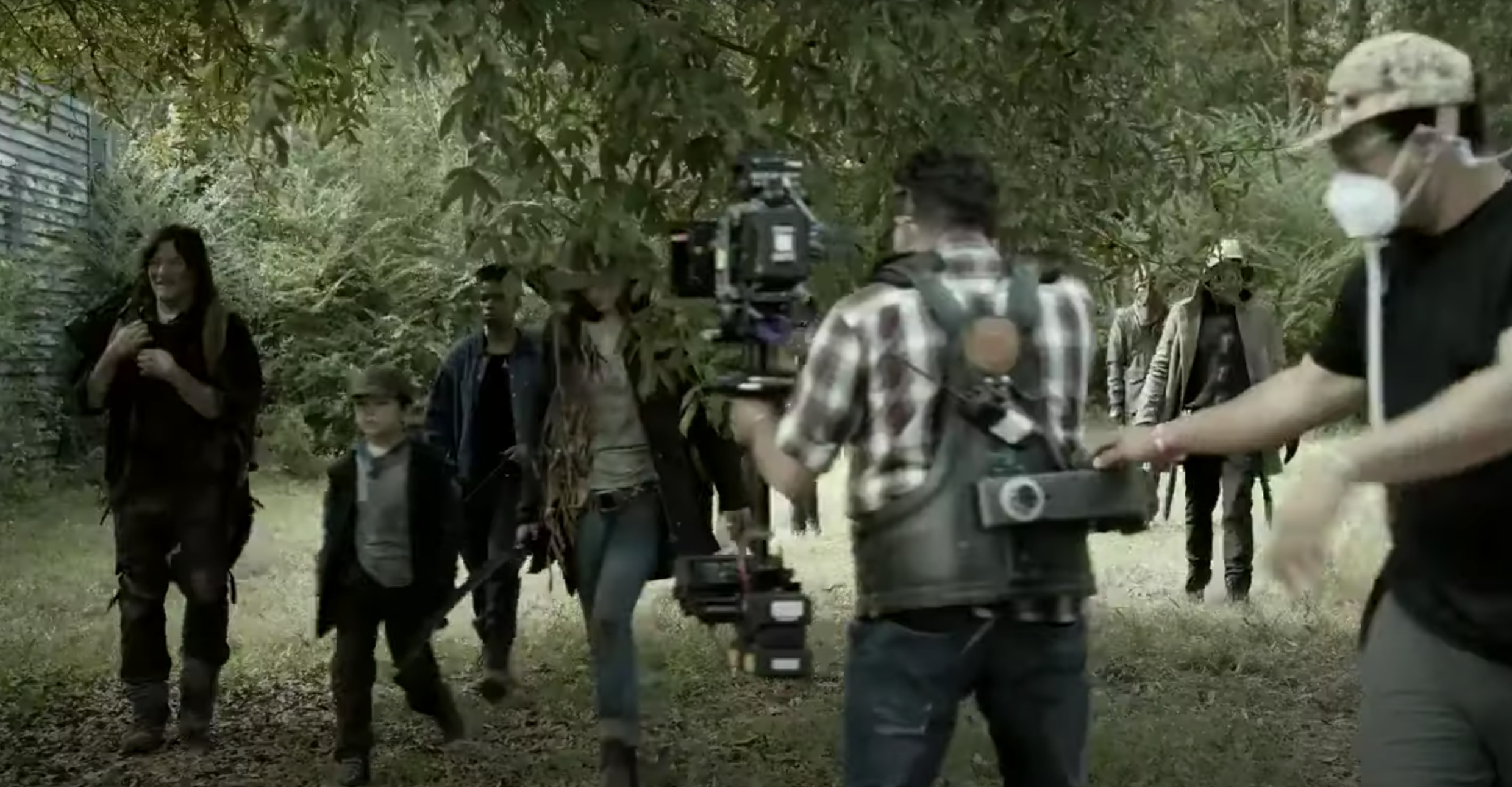 AMCCrew can be seen wearing masks and gloves as they film the new episodes of ‘TWD’ in Georgia.

We get our first glimpse at Maggie and Glenn’s son since the flash-forward and he looks like a mini-version of his father. 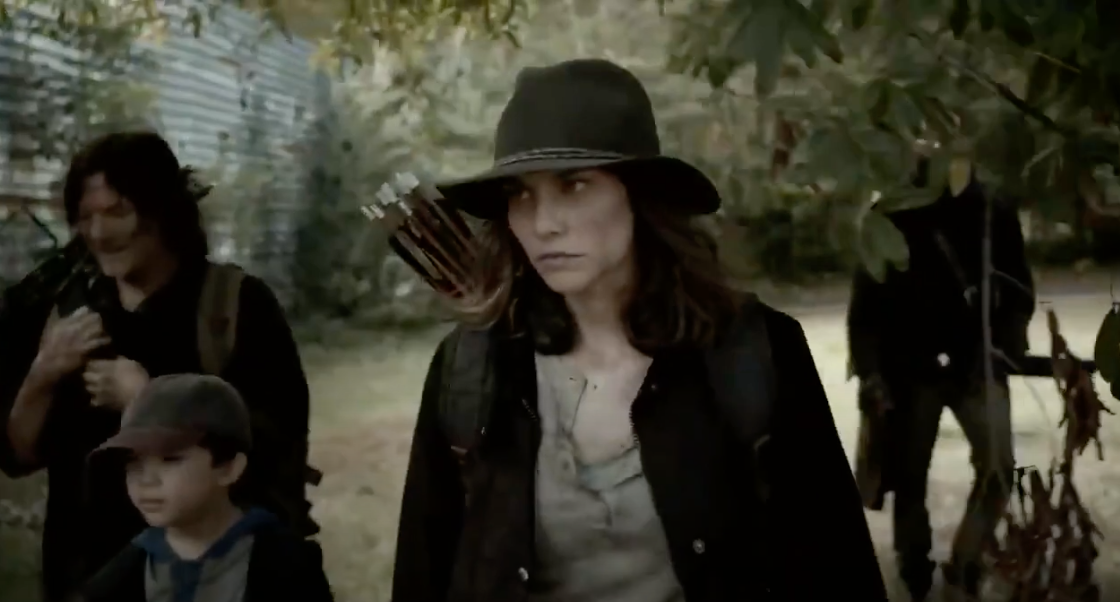 AMCWatch out, Judith. Little Hershel’s coming for the cute factor on ‘TWD.’

The last time we saw Hershel Jr., named after Maggie’s father, he was a baby (played by showrunner Angela Kang’s son at one point).

In the new promo, Maggie is seen walking with Hershel by her side.

Hershel is seen wearing a baseball cap just like his dad. 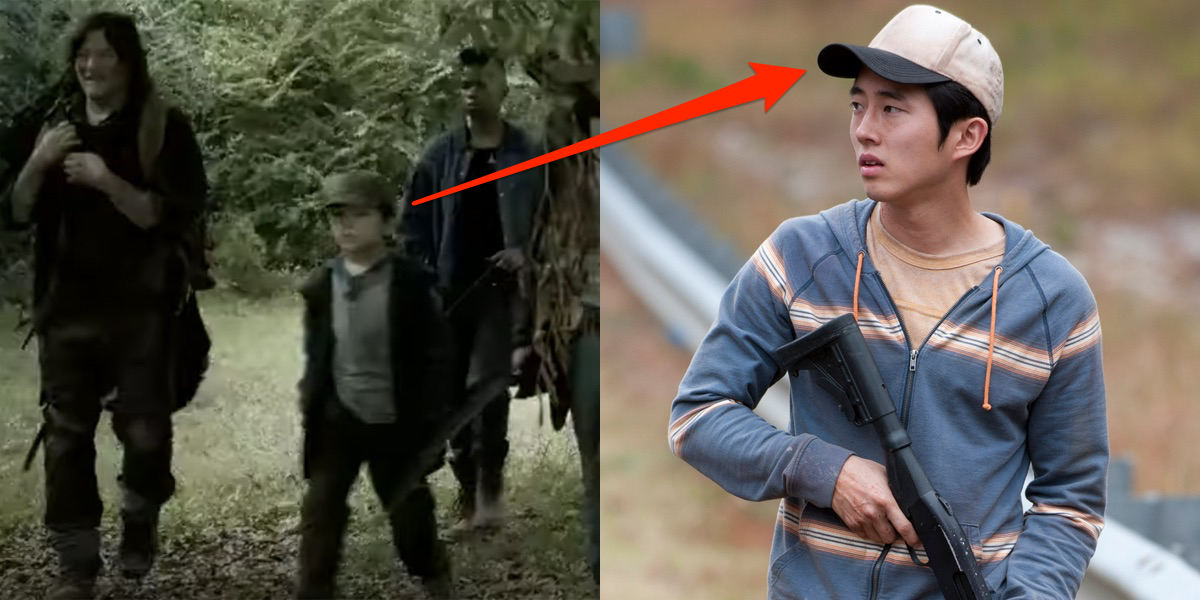 In the early seasons of “TWD,” Glenn wore different caps. Some fans thought Hershel Jr. may even be wearing one of his dad’s hats, but it’s likely just another cap as a reference to Glenn.

We also get our first look at Robert Patrick’s mysterious character. 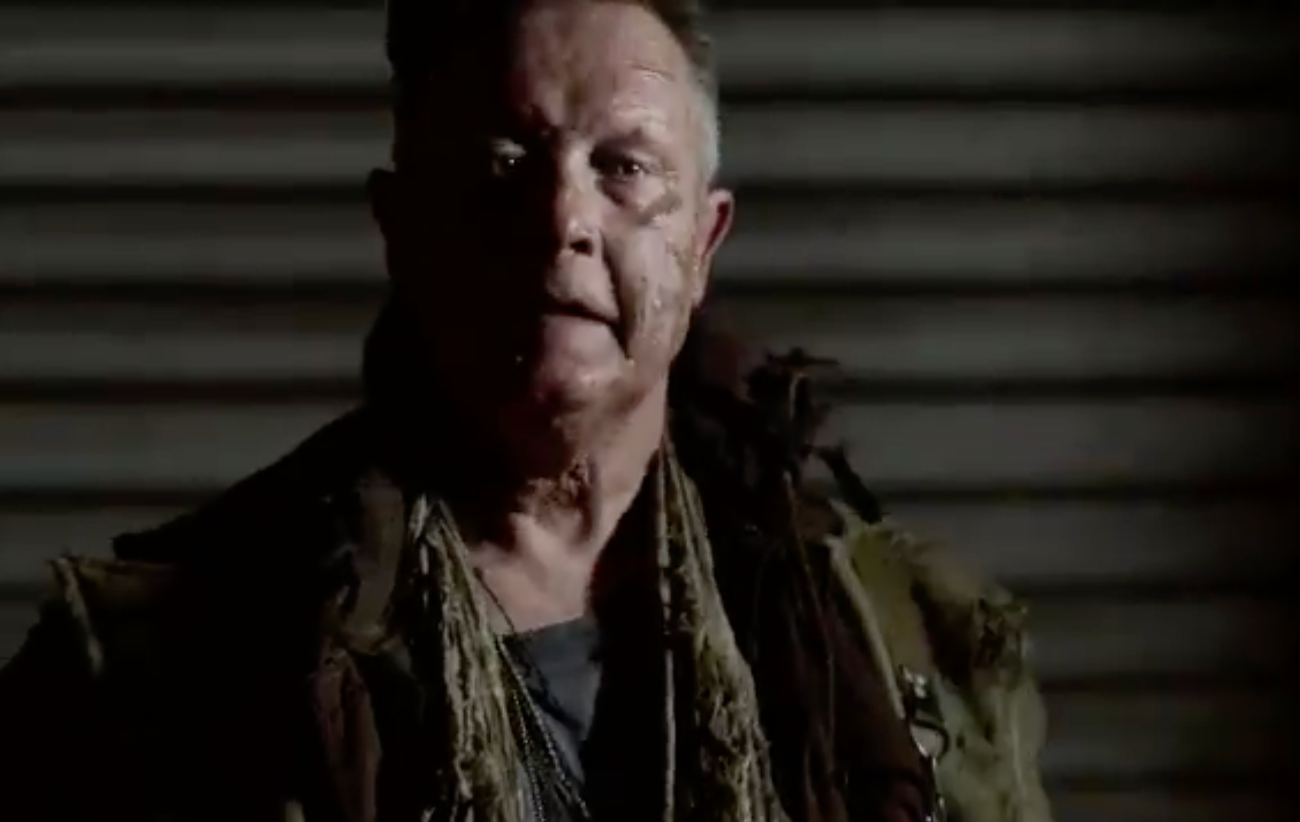 AMCRobert Patrick doesn’t appear to be playing a character from the comics.

It looks like Patrick’s character will get mixed up with Father Gabriel and Aaron.

Is Patrick playing an ally our heroes can trust or a bad guy? We can’t tell you anything about his character just yet, but Patrick is known to play some villains. 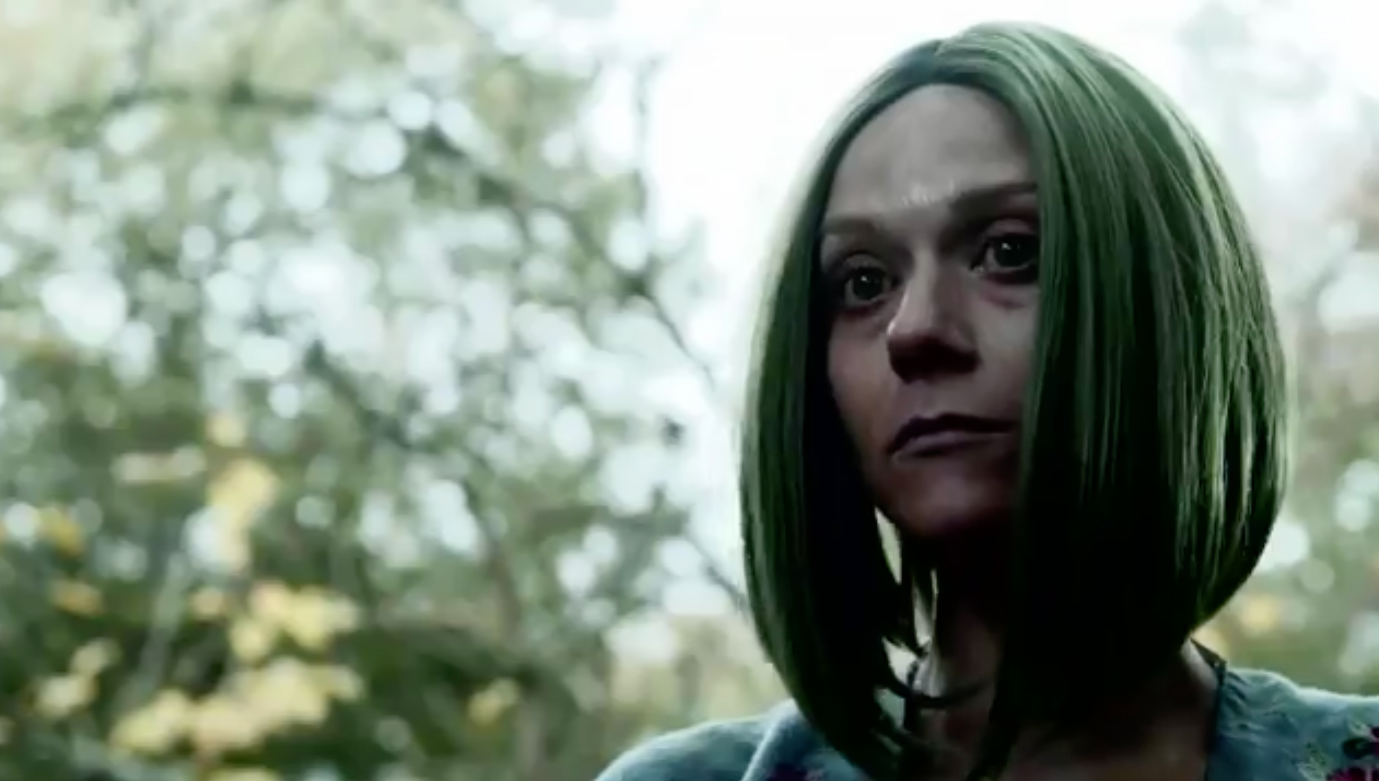 We’ll likely see Lucille on the final sixth bonus episode of the season titled, “Here’s Negan.” The episode title is a direct reference to a “TWD” spinoff comic, which dives into Negan’s backstory before the apocalypse and introduces reader’s to Negan’s former wife, Lucille.

In the comics, Lucille has cancer. We’re likely seeing her above wearing a wig as she’s undergoing treatment.

It’s unclear whether or not we’ll see Lucille in flashbacks or if Negan may start to see visions of his wife during the apocalypse.

When the casting news first broke, Burton, who’s been married to Morgan since 2019 after being together for a decade, tweeted her excitement.

“I love working with @JDMorgan. I love watching him become #Negan an take on that swagger. And I love @TheWalkingDead family. They have been a part of our family for ages and I’m so grateful for their kindness,” she wrote.

The end of the trailer may have teased Mercer. 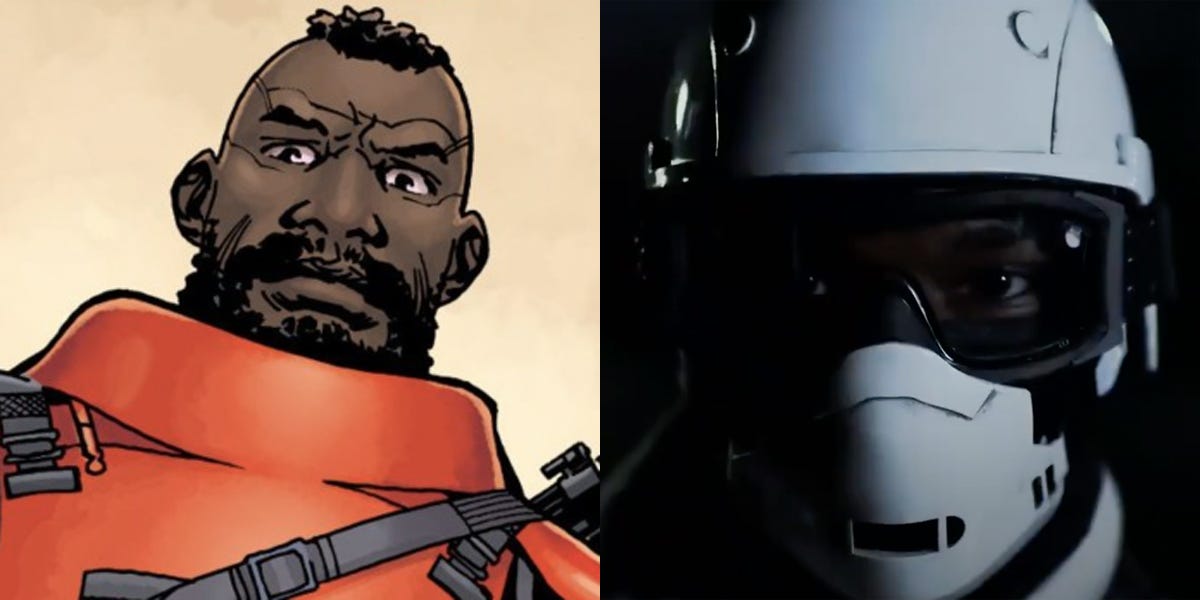 Skybound/Image Comics, AMCWe’re not even sure if we’ll see Mercer in the six bonus episodes, but we will see more of the Commonwealth soldiers.

The teaser ends on the face of a Commonwealth soldier, the Stormtrooper-types who were first seen at the very end of the season 10 finale.

Mercer is the leader of the Commonwealth soldiers and becomes an important character in the last arc of the “TWD” comic series.

Kang previously told Insider that the series will check back in with the Commonwealth.

Read more:
‘The Walking Dead’ season 10 finale introduced a new mysterious group of soldiers. Here’s what to know about the Commonwealth.