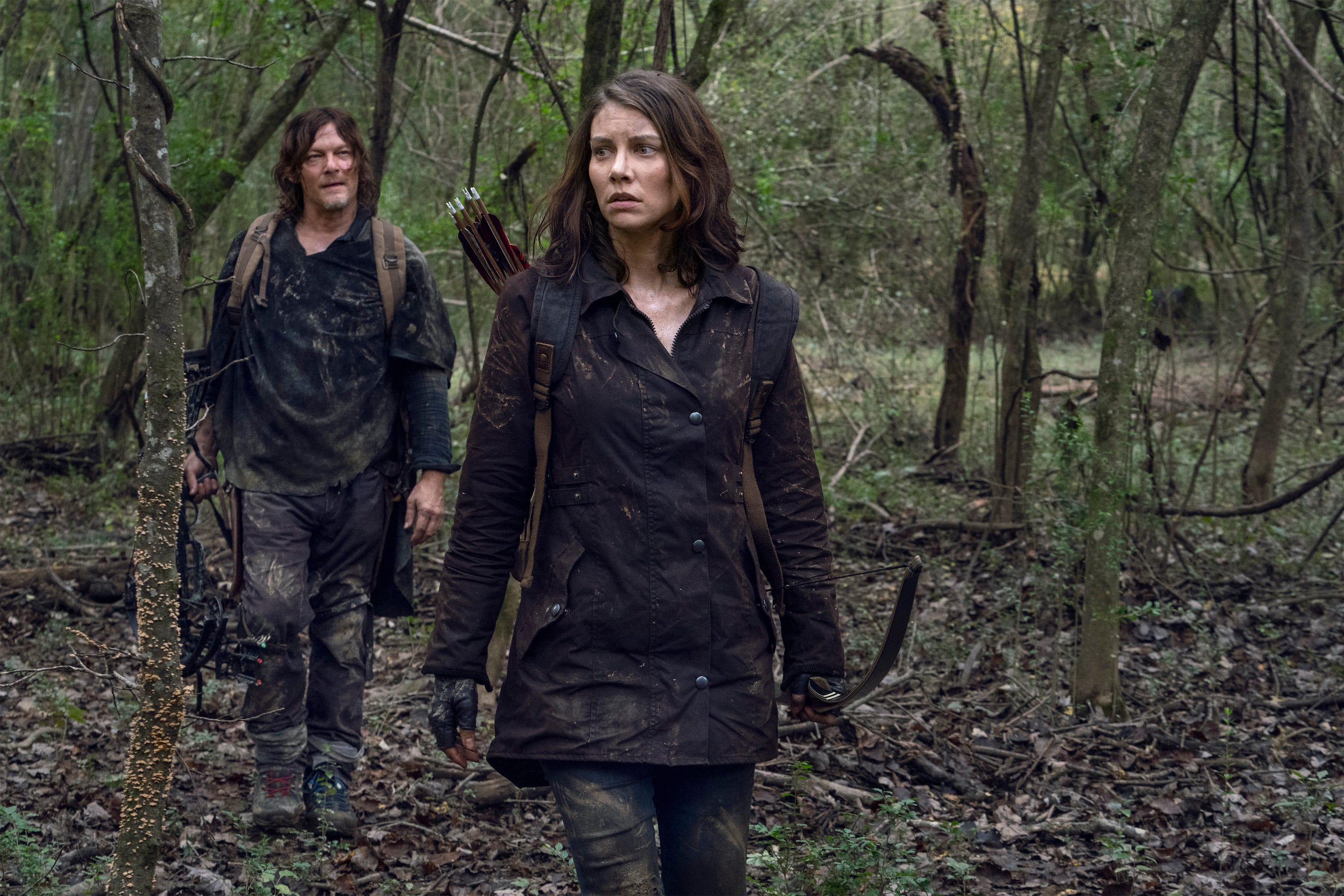 Eli Ade/AMCLauren Cohan finally gets her time to shine when ‘TWD’ returns at the month’s end.

I’ve watched the first two new episodes of “The Walking Dead,” which were filmed during the pandemic, and aesthetically, they look great.

For the first time in the show’s history, showrunner Angela Kang confirmed to Insider that “TWD” filmed the episodes digitally. Historically, the show has shot on 16mm film to give the series more of a classic horror look.

If you dig the look, Kang told Insider in a statement that’s the show’s final season, which recently started filming, will also be shot digitally. It’s one of many added precautions the series has taken to ensure the safety of others during the pandemic. Kang said there are fewer “touch points” with digital than 16mm film as they don’t have to swap out the film every few minutes.

How are the actual episodes? Lauren Cohan makes the premiere a worthwhile watch. 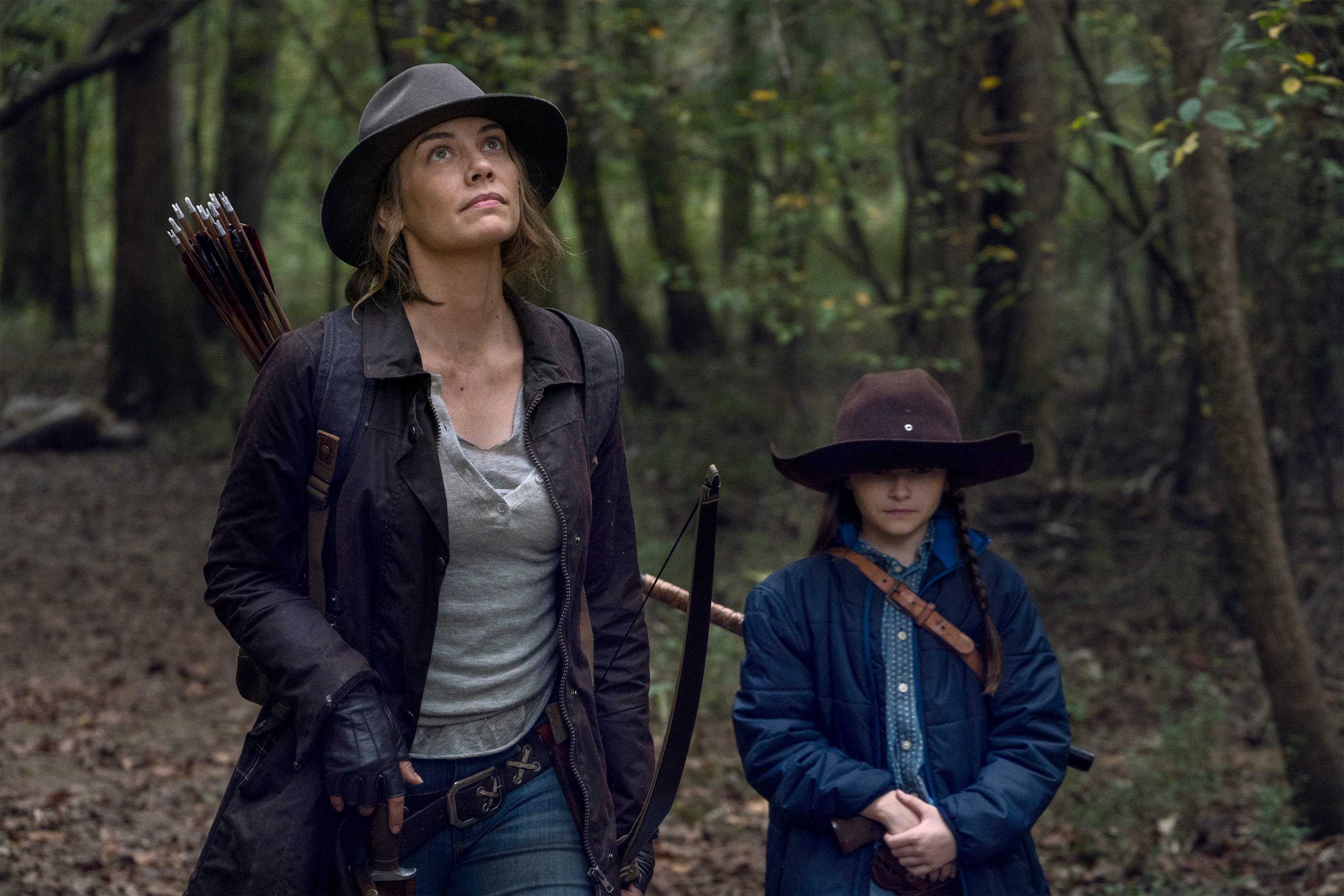 Eli Ade/AMCMaggie finally gets a heart-to-heart with Judith. It’s one of the episode’s sweetest moments.

Here’s the thing. I’d love to tell you guys some thoughts on both the episodes I viewed. Unfortunately, I’m only allowed to speak about the first new episode. That’s a bit of a bummer because there have annoyingly been a lot of leaks for the second episode, airing in March, which are already causing a bit of an uproar in parts of the fandom. (Perhaps AMC anticipated that and thought it wise that press only review the premiere.)

That note aside, what can I say?

While fans are going to love Maggie’s (Lauren Cohan) big return, tension with Negan (Jeffrey Dean Morgan), and scenes showcasing little Hershel, there are a few things that may not sit well with the fandom. (I’ll get to those shortly.)

The six brand new episodes, which kick off on AMC on Sunday, February 28 (February 21 if you’re an AMC+ subscriber), were previously described to me as inbetween-quels, which will tell more isolated stories that take place in between seasons 10 and 11. (You can get a full rundown of the episodes here.)

Because of that, a giant concern of mine was that these extra episodes may largely feel too contained with a handful of characters because of any constraints the pandemic may have placed on filming with too many individuals at once.

That’s something Kang has largely tried to avoid since taking over the apocalyptic series on season nine. One of the strengths of the past two seasons has been her ability to bring the series back to a true ensemble feel.

While I don’t expect this to be the case moving forward with each episode, if you’re to judge by the official episode summaries, I was thoroughly surprised to see how many characters appeared on the forthcoming premiere. So far, it looks like the show has found a way to balance quality without sacrificing much of the integrity of the show because of the pandemic. 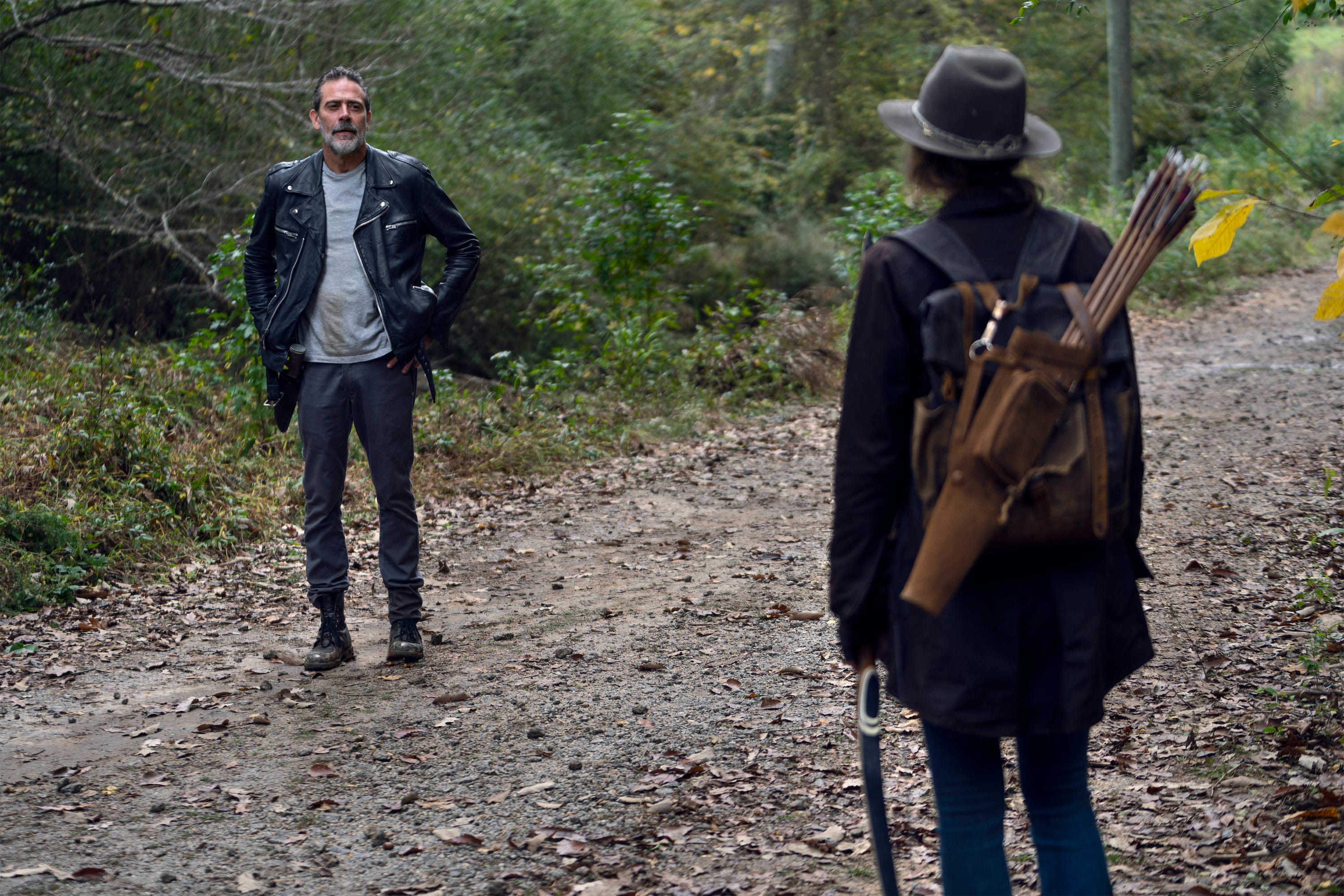 Eli Ade/AMCI was not expecting to see so many characters at the episode’s start. I’m not sure if that’s indicative of what we’ll continue to see on the show, but it made me feel better about heading into these bonus episodes that were filmed during the pandemic.

Cohan’s return is one of the primary reasons to watch. First teased on the original season 10 finale, Cohan delivers a strong, visceral performance of a mother who is trying to figure out how to reconcile with the fact that her husband’s murderer, Negan, is still alive and is seemingly integrating into the community she once called home. Any scene where the two share the same space is unnerving to watch as you can feel the rage boiling up inside Maggie. I want to see more scenes between these two.

There’s also a particular scene between Maggie and Daryl that has been teased in trailers, that is one of the best the two have ever shared. It’s definitely going to strike an emotional chord with long-time viewers. Another moment, between Maggie and Judith (Cailey Fleming) is a high point. Pay close attention to the dialogue in that scene. It’s one that deserves a second watch. 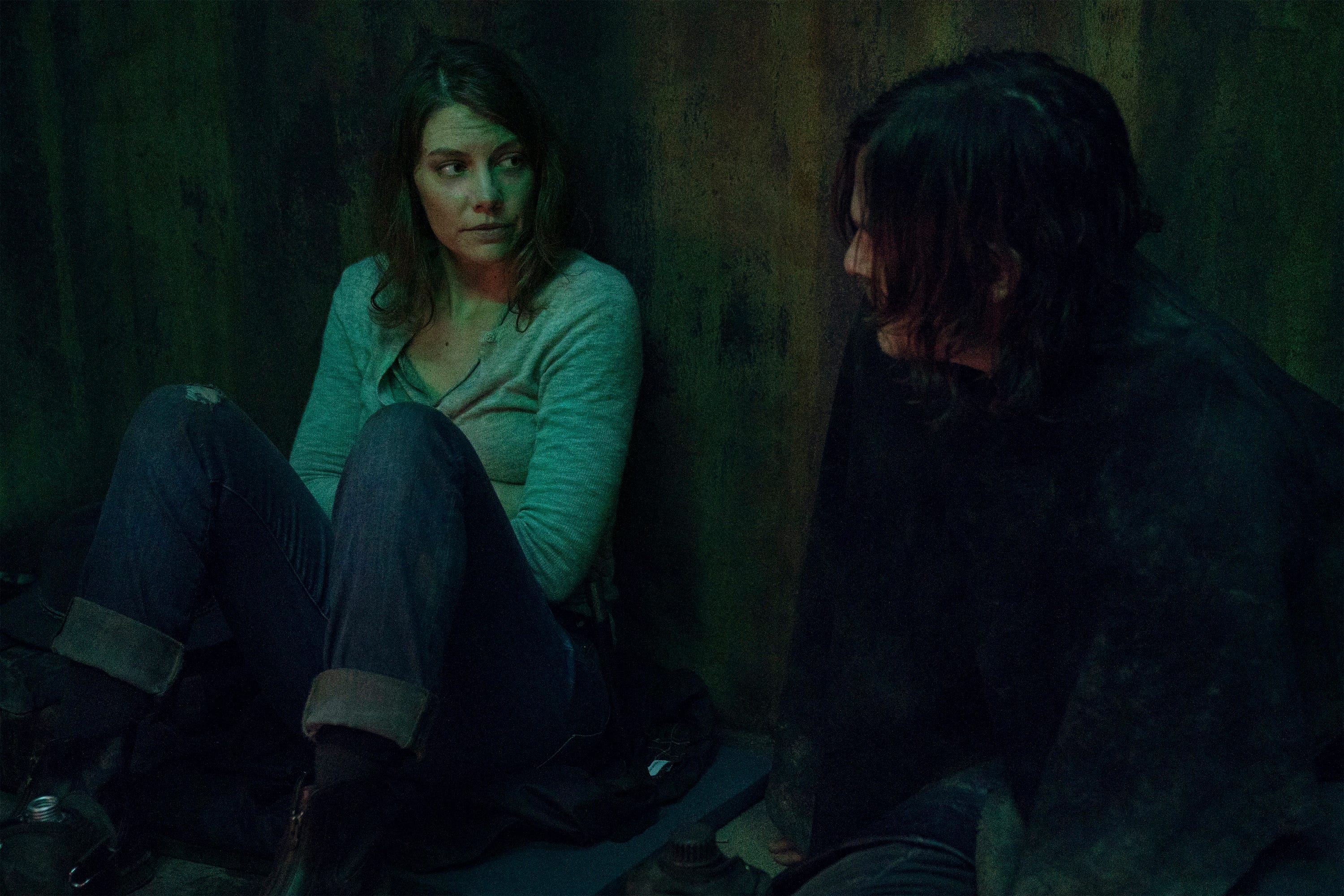 Eli Ade/AMCThis is the best scene of the entire episode. You’re going to want to watch this one again.

Those who have been excited to see Hershel (Maggie and Glenn’s son) won’t have to wait forever to get a good glimpse at him. He feels like a mini version of Glenn. Other than Cohan, Kelly (Angel Theory) continues to deliver individual moments that hit home and get you in your feels.

‘TWD’ is better as an ensemble show. Hopefully, these bonus episodes don’t lean too much into self-contained stories that the show loses its way 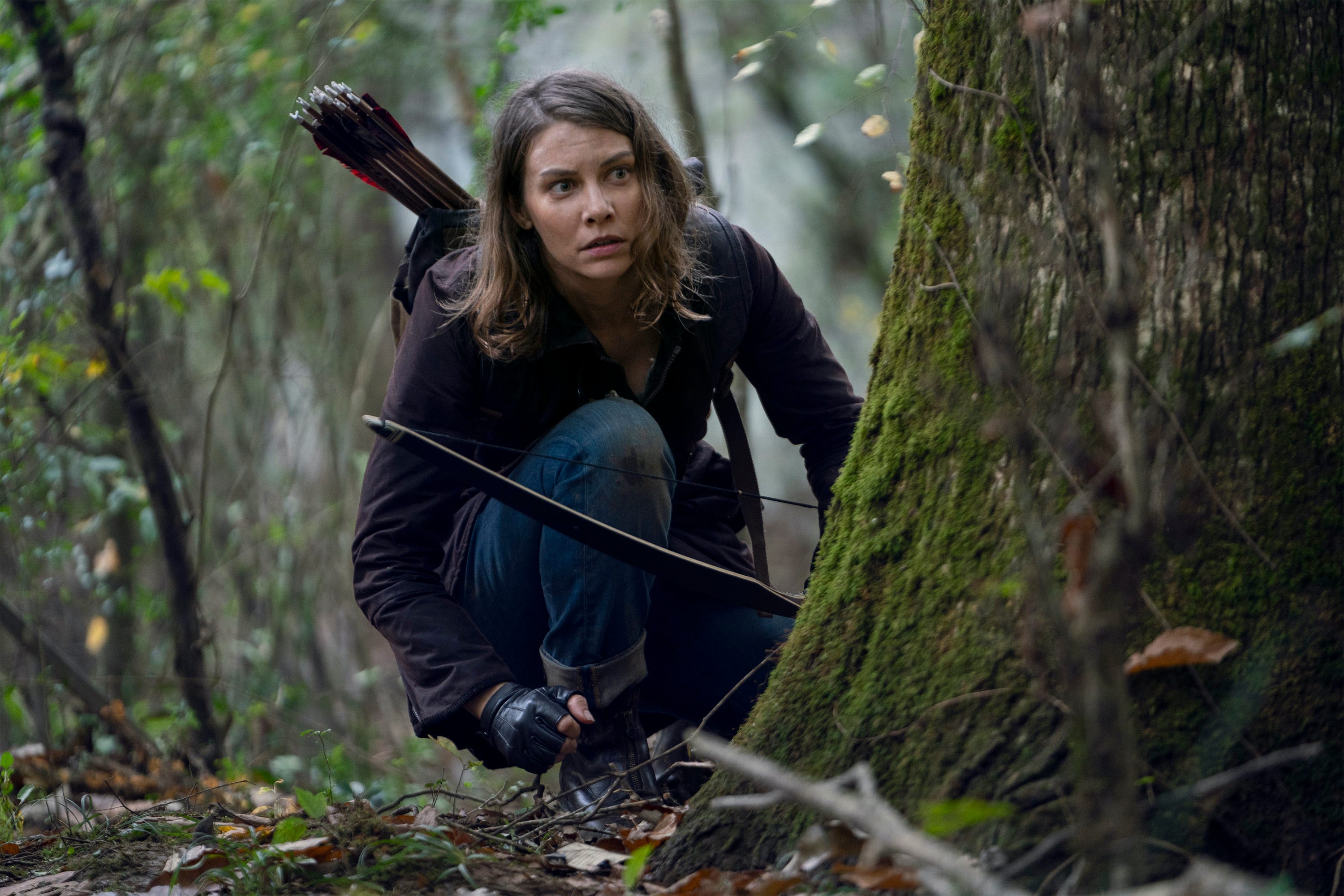 On the flip side, there are a few concerns I have so far with these new episodes, which I think fans will take issue with.

The first is that the show unexpectedly introduces more characters. That’s all I can say, but it’s hinted at in the official synopsis for the episode. At this point, we’re so late into the show and “TWD” just introduced another big group â€” the Commonwealth â€” into the mix, that it feels like things can get a little bloated with the introduction of another potential group. Why not focus on the characters we know and love instead since we’re launching into the show’s final 30 episodes?

My biggest concern is how self-contained the rest of the episodes may feel moving forward. From the episode descriptions alone and from what Kang said during the show’s virtual New York Comic Con panel in October, we know the pandemic forced the writers to get creative in telling more contained stories.

The first new episode of this bonus block starts out really strong, but as the episode continues there are a few sillier moments that may make it tough for longtime viewers to suspend disbelief. One thing in particular just felt added for some sort of shock value on the premiere.

No one needs “TWD” episodes just for the sake of having “The Walking Dead” episodes to fill air time. We just had two of the best complete seasons of the show in years. It would be a step backwards for AMC to just churn out a few more episodes of the series to hold fans (and advertisers) over until the next real â€” and final â€” season of the show returns. Hopefully, that won’t be the case.

If it is, at least we have the Negan-centric finale to look forward to.