The UK may back down from using Huawei for its 5G buildout. Huawei says the UK is letting policy be 'dictated' by the Trump administration. The UK announced on Monday it’s officially reconsidering whether to allow Huawei to build its 5G network.

The announcement followed reports from the Telegraph and Bloomberg that Britain’s National Cybersecurity Centre (NCSC) gave the government a report that found fresh US sanctions on Huawei would mean the Chinese tech giant would have to use untrusted technology in its 5G kit.

“In relation to Huawei, we’ve had these US sanctions that were imposed a couple of months ago. I’ve asked the National Cyber Security Centre to analyse the impact of them,” Culture Secretary Oliver Dowden told radio station LBC on Monday.

The US in May announced new sanctions making it harder for US-based manufacturers to sell chips to Huawei. These were designed to close loopholes after the US placed Huawei on a trade blacklist in May 2019. The NCSC investigation was announced in the wake of the new sanctions in May.

“It seems likely they’re going to have a significant impact on the reliability of Huawei. I’ve just received that advice. I will be discussing that with the Prime Minister and if there’s any change of policy arising from it, I will make an announcement,” Dowden said on Monday.

Dowden said he is aiming to make that announcement later this month, before Parliament’s summer recess. 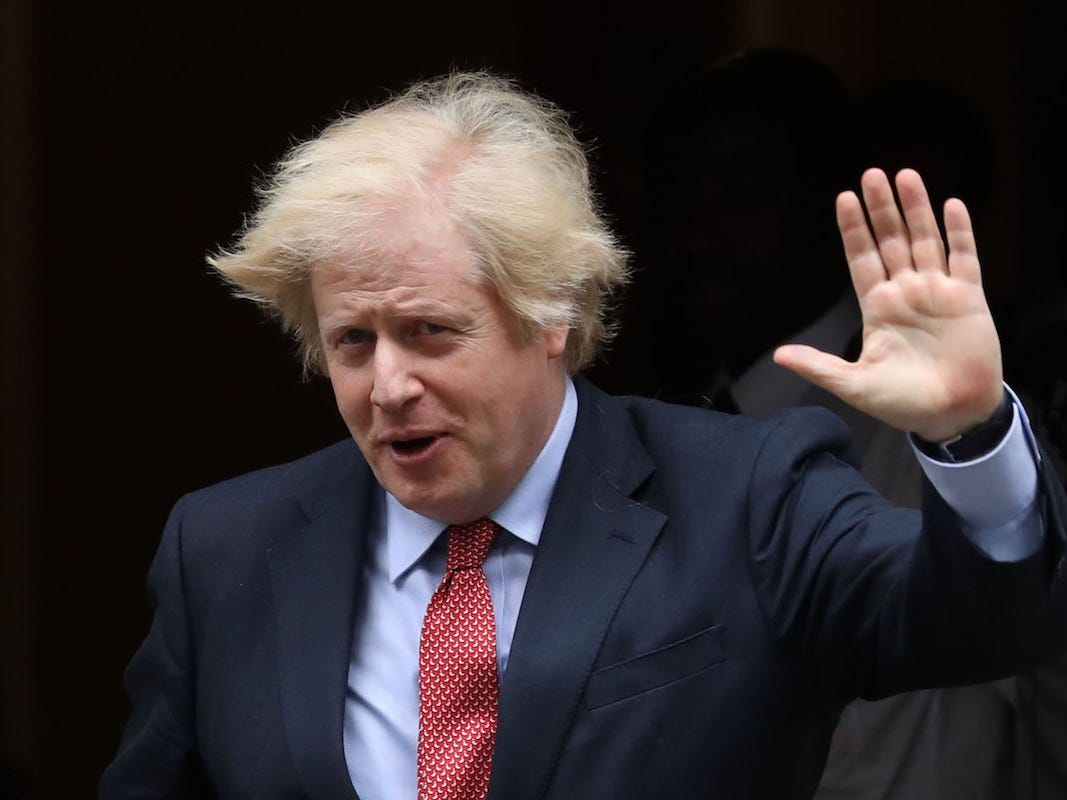 Dan Kitwood/Getty ImagesBoris Johnson is under pressure from the Trump administration and his own MPs to boot Huawei out of the UK.

The UK announced in January that it would allow Huawei to play a limited role in building out the nation’s 5G infrastructure to the dismay of the Trump administration, which has furiously lobbied its allies to freeze out Huawei entirely. The US claims Huawei acts as a proxy for the Chinese government to spy, which Huawei denies.

On Sunday Huawei’s international head of communications Paul Harrison attacked the British government for seemingly yielding to pressure from the US, saying “UK policy is being dictated by [the] Trump administration.”

1/6 Important, in my view, to underline what’s going on here:
• USA has no major global stake in 5G
• Get one: supress Huawei chip supply
• This forces UK Gov to assess impact
= UK policy is being dictated by Trump administration. European Parliament replaced by White House? pic.twitter.com/pVmTV2Hwxb

On Monday China’s ambassador to the UK Liu Xiaoming said excluding Huawei could damage Britain’s relationship with China. “When you get rid of Huawei, it sends out a very wrong message. You punish your image as a country that can conduct independent policy. It means you succumb to foreign pressure and you cannot make your own independent foreign policy. I always say Britain can only be great when it can have its independent foreign policy,” said Liu.

Prime Minister Boris Johnson has also seen insurrection inside his own Conservative party on the subject of Huawei. In March he narrowly fended off a rebellion from Conservative MPs by 24 votes, and a group of MPs are reportedly campaigning to get Johnson to commit to phasing out Huawei technology by 2023.

“We are working closely with our customers to find ways of managing the proposed US restrictions so the UK can maintain its current lead in 5G. As ever, we remain open to discussions with the Government. We believe it is too early to determine the impact of the proposed restrictions, which are not about security, but about market position,” Victor Zhang, VP of Huawei, told Business Insider in a statement.

The UK’s announcement in January stipulated that Huawei’s market share would be capped at 35%.

“All our world-leading products and solutions use technology and components over which the UK government has strict oversight. Our technology is already extensively used in 5G networks across the country and has helped connect people throughout lockdown,” Zhang added.