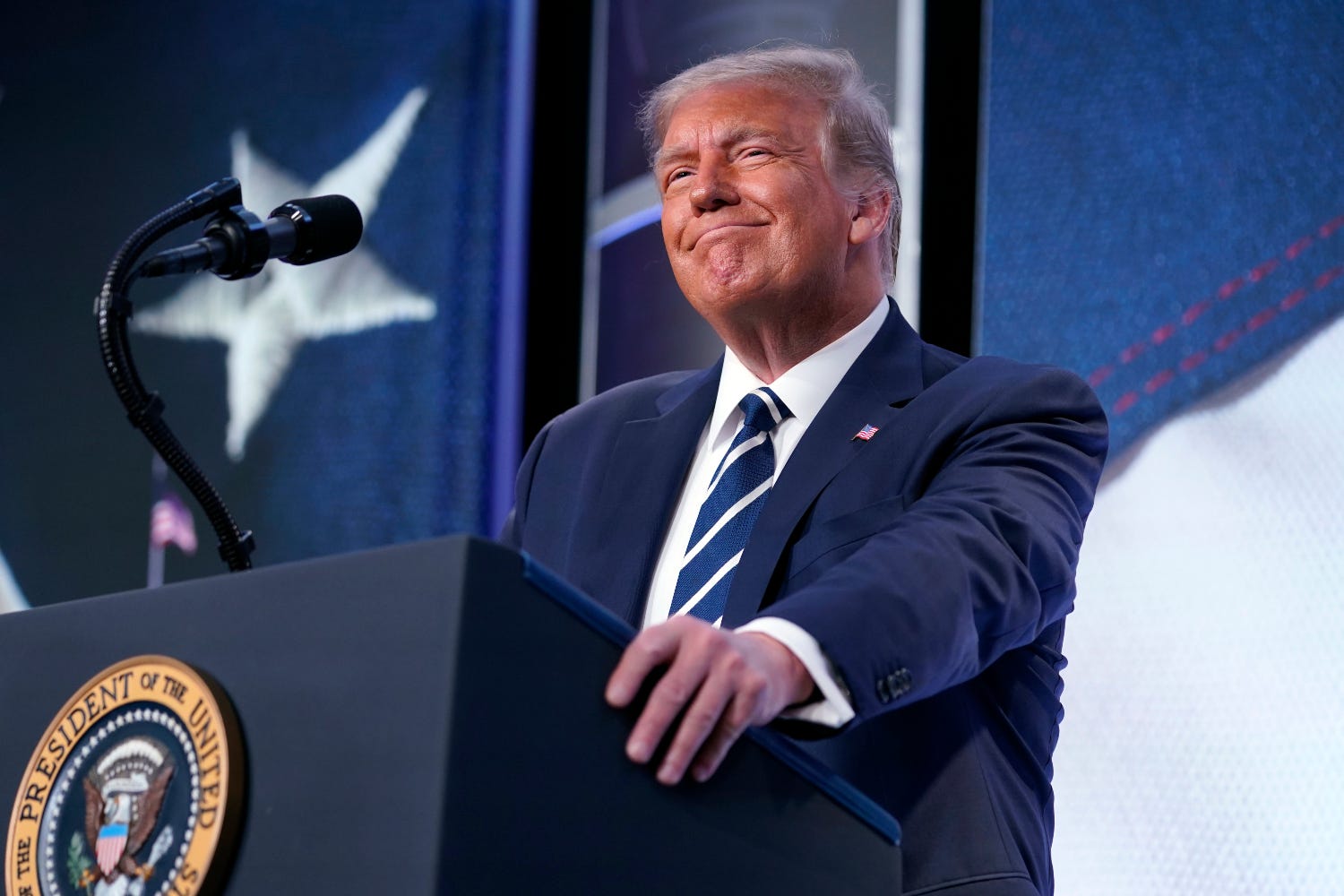 Throughout his presidency, Donald Trump has stoked tensions within the Republican Party he leads, bashing party loyalists and even previous presidential nominees who dared to defy him with names like “loser” and “RINO,” for Republican in name only.

These divisions and Trump’s no-holds-barred rhetoric have prompted lifelong Republicans to come forward and say they’re not backing him in 2020. It’s also led to the creation of groups like NeverTrumpers, The Lincoln Project and Republican Voters Against Trump.

Some of these current and former GOP leaders have stretched that promise further and shared plans to instead tick the ballot box for his rival, Democratic presidential candidate Joe Biden. A handful joined the ranks this week at the four-day virtual Democratic National Convention.

Scroll for a list of all the high-ranking Republican officials who have said they will not support Trump’s reelection bid. 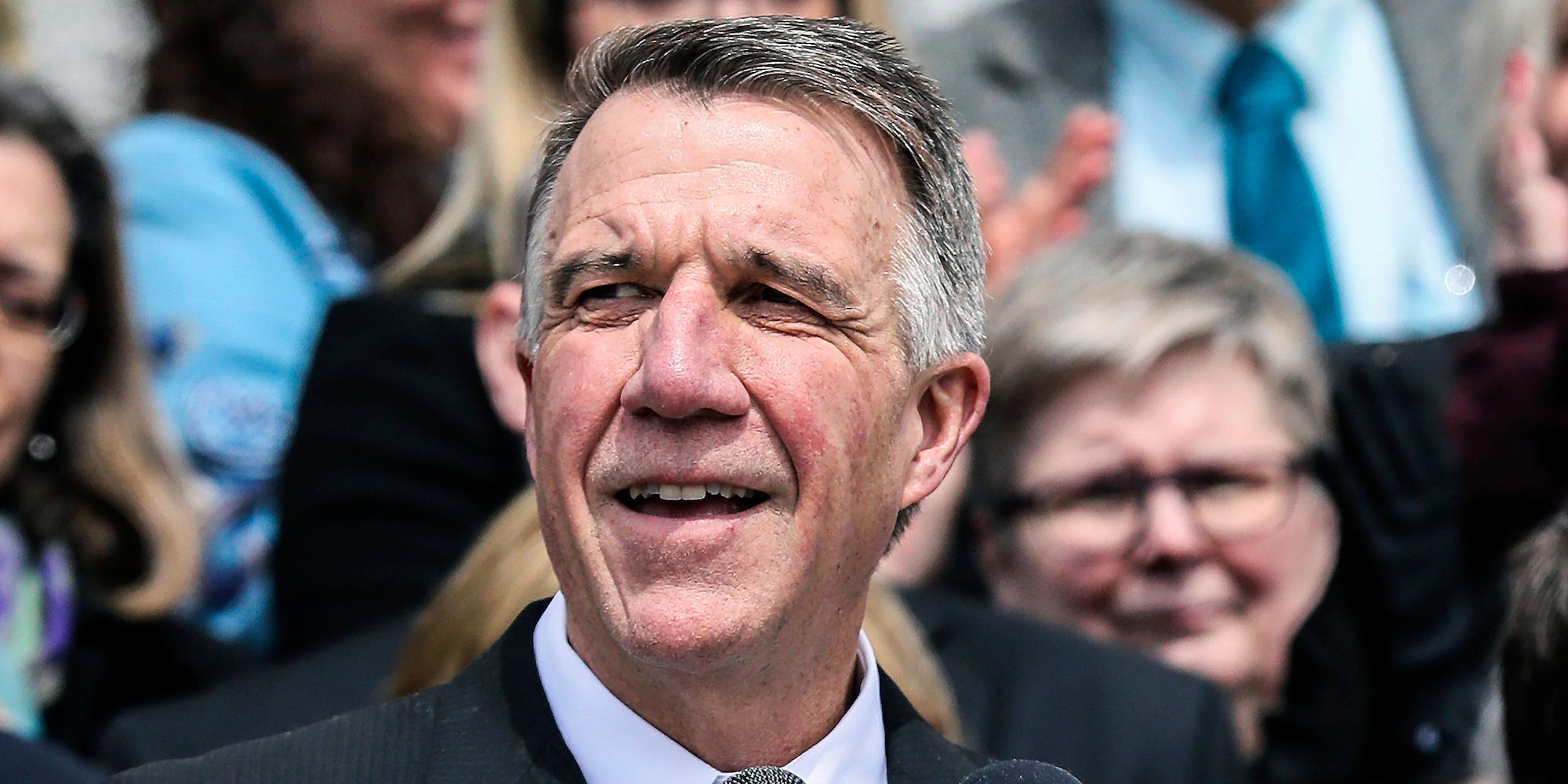 Vermont Gov. Phil Scott shared that he will not be voting for Trump on Friday.

"I won’t be voting for President Trump," says Republican Gov. Phil Scott of Vermont. "I have not decided, at this point, whether to cast a vote for former Vice President Biden, but it’s something that I would consider."

The announcement comes as Scott is seeking a second-term as governor in the left-leaning state for the upcoming general election. He has been governor since 2017 and previously served as lieutenant governor and state senator.

Scott has said that he did not back Trump in the 2016 election. 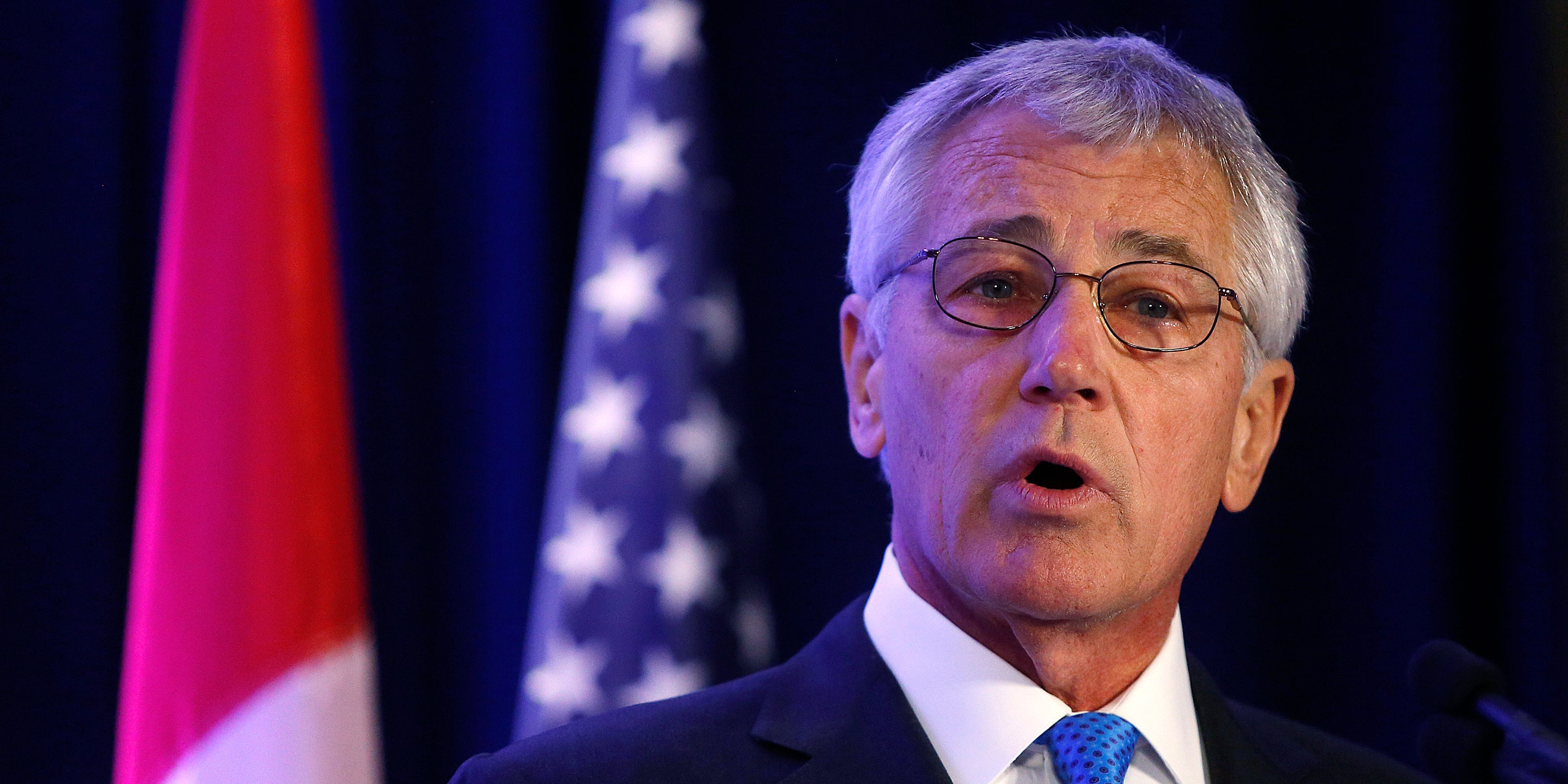 “While we – like all Americans – had hoped that Donald Trump would govern wisely, he has disappointed millions of voters who put their faith in him and has demonstrated that he is dangerously unfit to serve another term,” the statement reads.

“While some of us hold policy positions that differ from those of Joe Biden and his party, the time to debate those policy differences will come later,” it continues. “For now, it is imperative that we stop Trump’s assault on our nation’s values and institutions and reinstate the moral foundations of our democracy.” 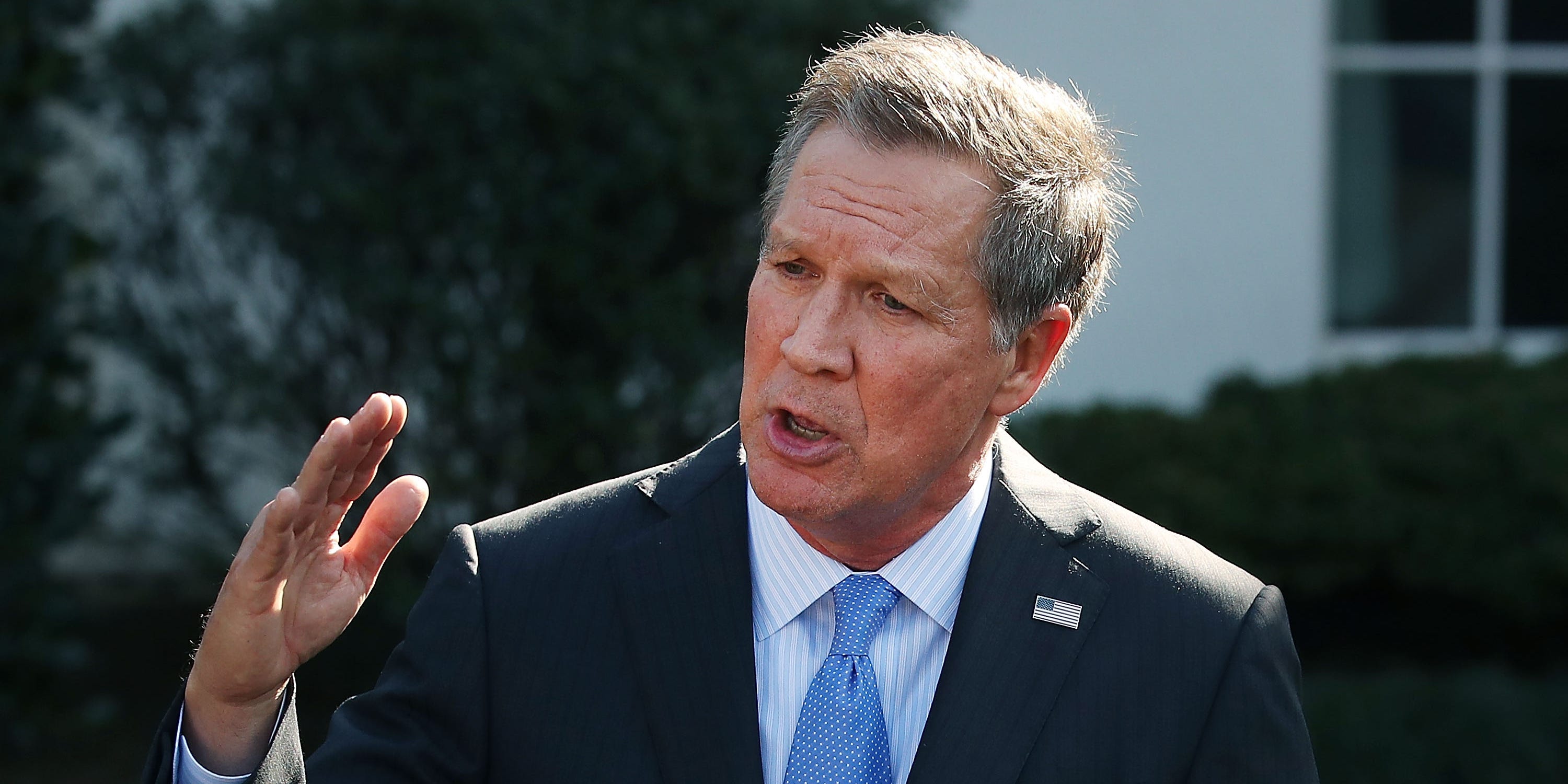 Former Ohio Gov. John Kasich, a self-delared “lifelong Republican,” crossed the aisle earlier this week when he made an appearance at the DNC rebuking Trump’s attacks on Biden.

The former governor implored Americans to think beyond party lines this November and join him in “choosing a better way forward.”

“I’m sure there are Republicans and independents who couldn’t imagine crossing over to support a Democrat,” Kasich said. “They fear Joe may turn sharp left and leave them behind. I don’t believe that because I know the measure of the man: reasonable, faithful, respectful. And you know, no one pushes Joe around.”

Kasich previously ran against Trump in the 2016 Republican presidential primary. He served as governor from 2011 to 2019 and before that in the state’s legislature.

Former Secretary of State Colin Powell echoed the sentiments of many Republicans at the DNC, indicating his support for Biden over Trump.

“Our country needs a commander-in-chief who takes care of our troops, in the same way he would his own family,” Powell said at the event. “With Joe Biden, that doesn’t need teaching.”

Powell did not support Trump in 2016 and voted for his opponent Hillary Clinton. Another Democrat he has voted for in the past is Barack Obama. He served under the George W. Bush administration. 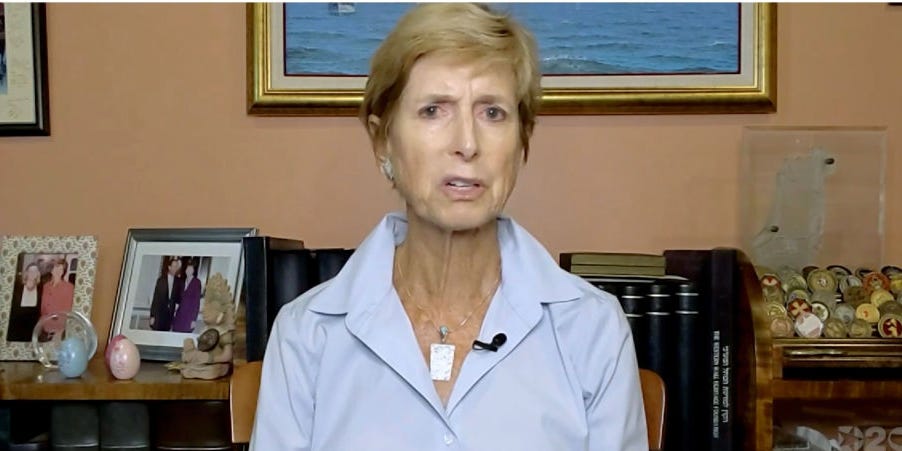 “What am I doing here? I’m a lifelong Republican,” Whitman said. “My parents were introduced at the Republican National Convention by their parents. That’s how far back it goes.”

“But this isn’t about a Republican or Democrat. It’s about a person,” she added. “A person who can work with everyone, Democrats and Republicans, to get things done. Donald Trump isn’t that person. Joe Biden is.” 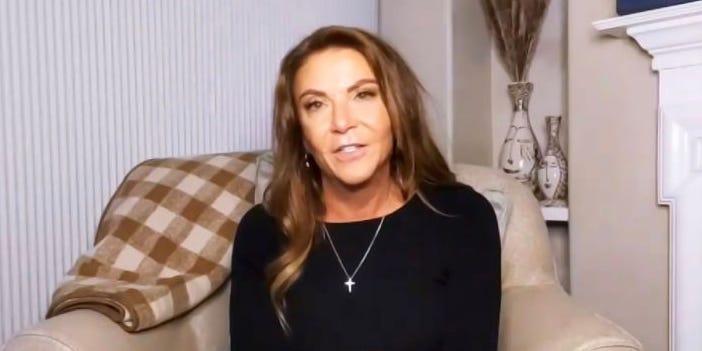 Former Rep. Susan Molinari, a native New Yorker, told viewers at the DNC that she has known Trump for most of her political career and has also worked with Biden.

“So disappointing and lately, so disturbing” Molinari said of Trump. Biden, on the other hand, is a “really good man” and “exactly what this nation needs at this time.” 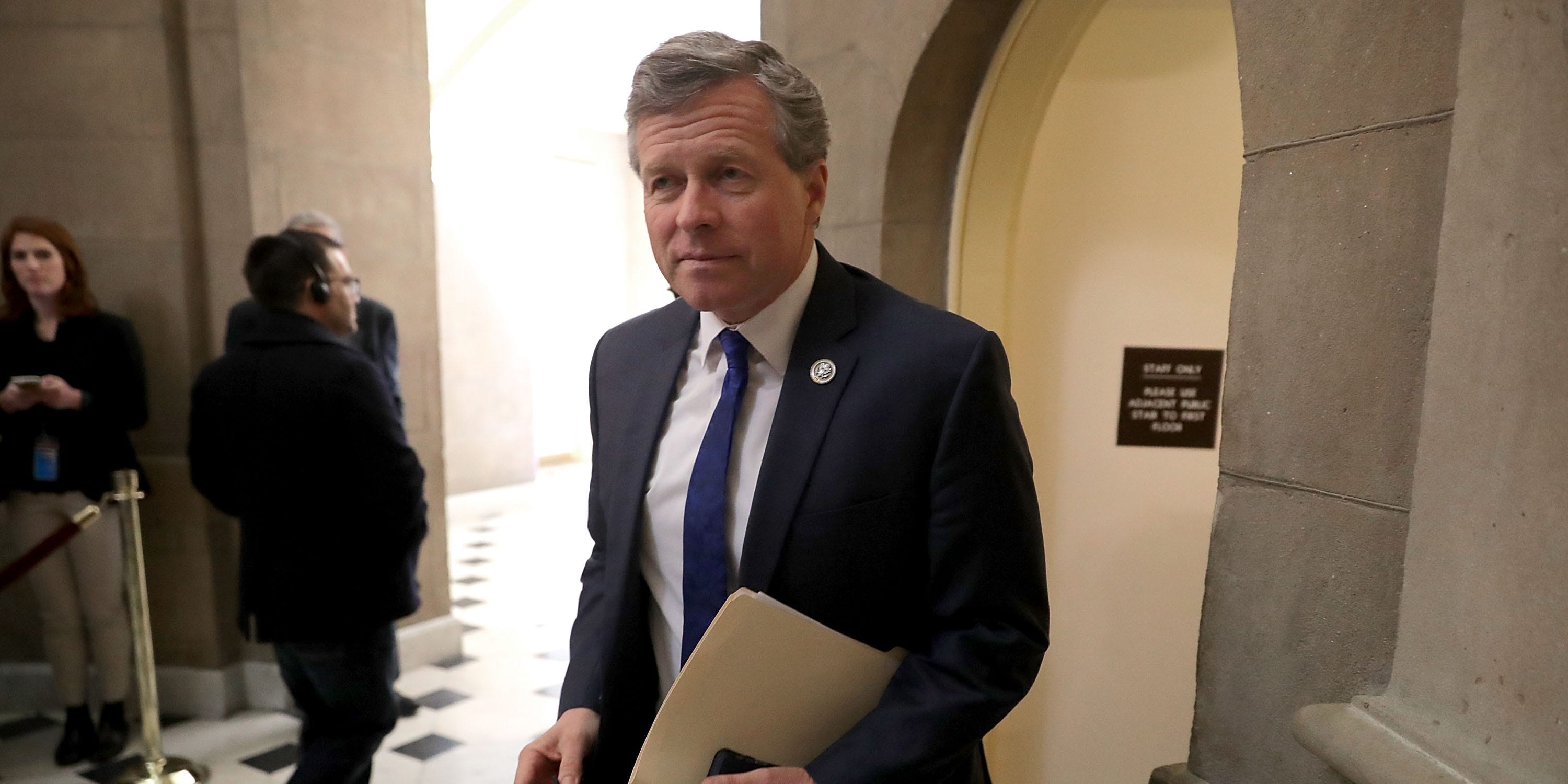 Former Rep. Charlie Dent endorsed Biden earlier this week, blasting Trump as an “illiberal populist” who ineffectively responsed to the coronavirus pandemic. Dent served in Congress from 2005 to 2018.

“Never in my wildest dreams could I have imagined a Republican President praising autocrats and advancing Russian President Vladimir Putin’s foreign policy interests in Europe and the Middle East,” the former congressman hailing from Pennsylvania wrote in an op-ed for CNN.

“Biden is fundamentally a decent and honorable man who respects the American tradition, supports the rule of law, embraces America’s friends and allies, and will restore some semblance of normalcy to the functioning of government,” Dent said. “That’s all I want – and not too much to ask of a President.”

Trump’s former national security adviser John Bolton released an explosive memoir earlier this year in which he slammed the president.

During several interviews promoting the book, Bolton revealed that he will not be voting for Trump. He told Insider’s Sonam Sheth that he would be writing in a conservative Republican, saying that he wouldn’t vote for Trump “for philosophical reasons and because he’s not competent.”

Bolton worked under the Trump administration from April 2018 to September 2019. 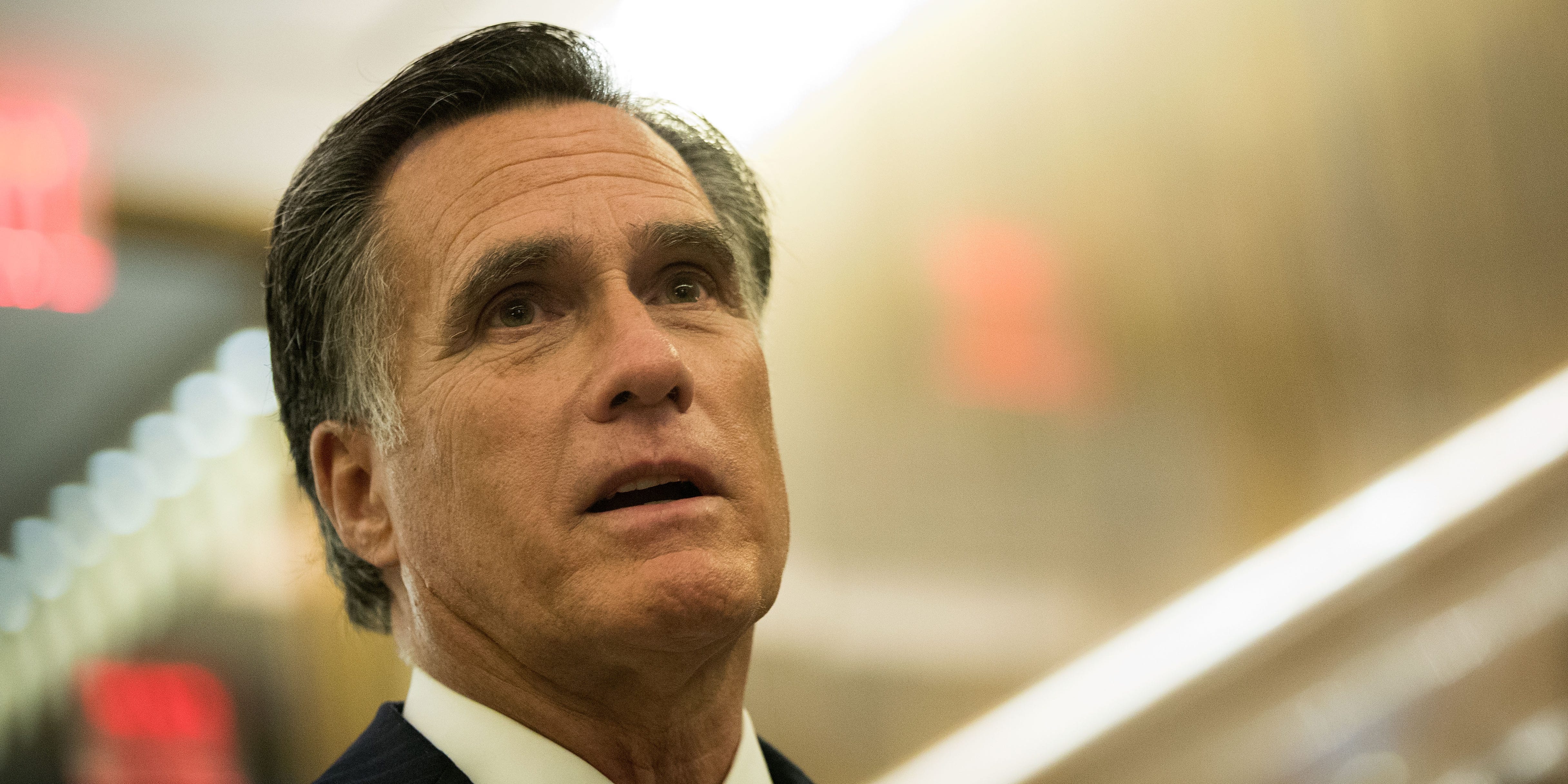 Sen. Mitt Romney, the 2012 Republican presidential nominee, has broke with his party on several occasions as a vocal critic of Trump, and was the lone Republican to vote in support of his impeachment.

More recently, he has struck back at the president’s bitter tone toward the Black Lives Matter protests, taking to the streets himself to participate in the racial justice movement.

Romney made it clear in an interview with The Atlantic earlier this year that he will not vote for Trump.

Romney has been in his current office since 2019 and previously was governor of Massachusetts. He lost to Barack Obama in the 2012 presidential election.

Former President George W. Bush will not be voting for Trump, according to people close to him as reported by the New York Times.

Bush did not support Trump in 2016. He reportedly called Trump’s inaugural address “some weird s–t.” He has distanced himself from the president throughout his tenure. 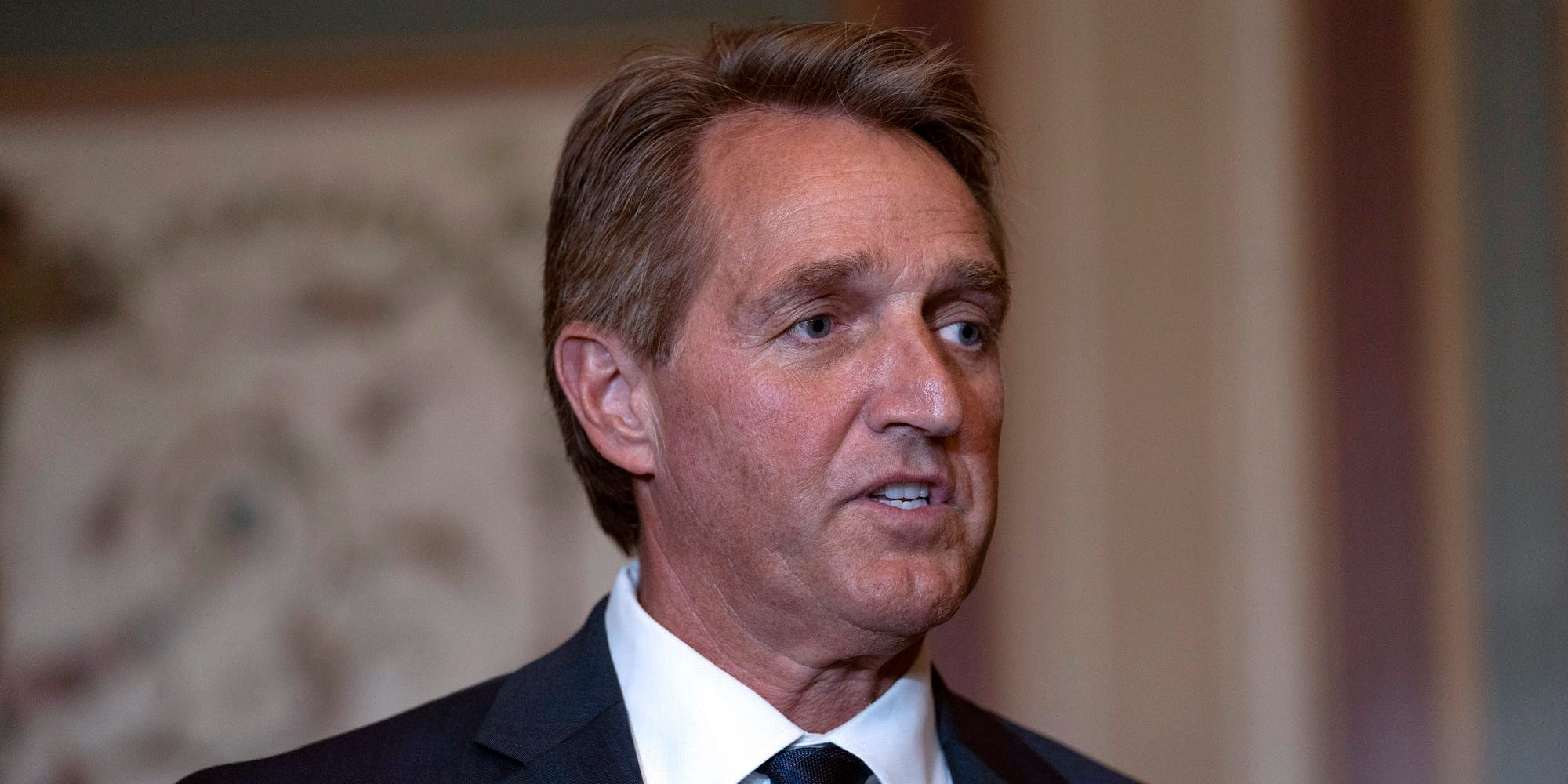 Jeff Flake had called out Trump while he was still a senator but piled on his criticisms after he left the office in 2019, penning an op-ed pleading with fellow Republicans to not back the president’s reelection.

Flake confirmed in an interview with the Washington Post that he does not plan to vote for Trump this year.