In 1936, a successful advertising artist walked down Madison Avenue, manuscript in hand, exasperated because at least twenty publishers had rejected the children’s book he’d written and illustrated.

On his way home to burn it he happened to bump into an old college buddy who, in the encounter that followed, would help shape millions of children’s lives.

It’s almost hard to believe that Theodor Seuss Geisel — or Dr. Seuss as many of us know him — almost never published his first book, “And to Think That I Saw It on Mulberry Street,” because so few people were willing to take a risk on something so completely different from the norm. Editors had told him his book format was out of style, and that fantasy wasn’t salable.

In “The Annotated Cat,” we learn that, thankfully, Geisel bumped into just the right person that day:

He happened to bump into Mike McClintock, a friend from Dartmouth:

“I said, ‘A book that no one will publish. I’m lugging it home to burn.’

“Then I asked Mike, ‘What are you doing?’

“He said, ‘This morning I was appointed juvenile editor of Vanguard Press, and we happen to be standing in front of my office; would you like to come inside?’

“So, we went inside, and he looked at the book and took me to the president of Vanguard Press. Twenty minutes later we were signing contracts.

“That’s one of the reasons I believe in luck. If I’d been going down the other side of Madison Avenue, I would be in the dry-cleaning business today!”

“And to Think That I Saw It on Mulberry Street” was published in 1937 under the pen name Dr. Seuss and subsequently earned strong reviews as a “highly original and entertaining” work, thus beginning Dr. Seuss’s influential and prolific career as a children’s books author-illustrator.

It was very lucky, indeed, that Geisel ran into McClintock that day, because he was the only publisher willing to take a risk on his innovative work — but there’s also a reasonable explanation for why McClintock would take such a risk.

“The most original ideas are often the toughest to appreciate. That’s especially true for people who have a lot of experience — they develop a taste for the tried-and-true,” Adam Grant, aprofessor of managementat Wharton who wrotethe forthcoming book “Originals,” tells Business Insider.

It’s very likely that the twenty-plus other publishers Geisel met with were too experienced, and consequently, too stuck in their ways, too risk averse, to bet on this original work.

“But when people are new to a job, like McClintock was to the editorial role, they’re less stuck in the familiar and have less to lose by taking a risk on something new,” he explains.

As Grant explores further in his forthcoming book, experience plays a huge role in risk-taking, and sometimes the best people to turn to with innovative ideas are the ones without too much of it. 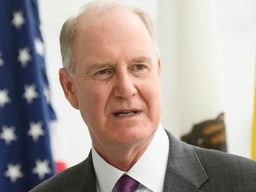