That’s all we know right now.

UPDATE: The government just filed a new indictment in an insider trading case tied to Galleon.

They’ve all already been charged with securities fraud, but the government now has new evidence of trades it says were made based on inside information.

Goldfarb was an associate at the personal injury firm of Brecher Fishman Pasternack Walsh Tilker & Ziegler, according to Above the Law.

Drimal worked in Galleon’s office space but wasn’t employed there, according to the Wall Street Journal.

Emmanuel Goffer was associated with Incremental, says the WSJ.

Arthur Cutillo and Brien Santarlas, two former lawyers at Ropes and grey who have been accused of passing inside information to them. They had access to and learned material nonpublic information about upcoming deals that they allegedly shared with Goffer and Goldfarb. Cutillo plead guilty on January 14, 2011.

The charges include new trades that the government says were made based on material nonpublic information. They are #7 and #10-#14 are new.

The entire lawsuit is embedded below.

If the government shuts down, insider trading investigations will be halted, according to the Wall Street Journal.

“The bulk of the agency’s activities, including routine sweeps and examinations of investment advisers and broker-dealers and most work on in-progress enforcement cases, is expected to halt until after the government gets up and running again.” 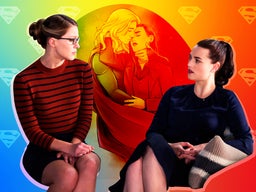