Last week I was quoted as saying that this was the end of the Social Network Era. Then, as if on cue, Blippy went out of business.Blippy failed because they didn’t understand social. They built a product to broadcast credit card purchases. They based their social features on the model, “Friend Everyone, Share Everything.”

This has been the mantra of social software since the rise of Facebook and that era is reaching its end. Going forward, sites that follow this model will fail, just like Blippy, Apple’s Ping, and Google’s Buzz.

I’m not saying that people will stop sharing their every thought, photo, and link. People love this freedom of expression. Facebook, Twitter, and LinkedIn will be fine because they form the foundation of the social web. They are the proverbial phone book for our society, and that’s a necessary function. The last five years has been the rise of the Social Network as a utility platform.  Now that it’s created, the next five years will be about building on that foundation. New social apps will focus on sharing with select groups of people  In that sense, The Era of The Social Network has ended, and we are now entering The Era of the Social Circle.

To illustrate how I see this flux happening, I turn to birthday parties.

When a pre-schooler has a birthday party they invite the entire class, which constitutes everyone they’ve ever met. It’s not until years later that they develop friendships and social circles that form the basis of inviting one person over the other.

Social Networks are like that pre-schooler’s party. Rather then being made up of “friends.” they are repositories of people whose existence you acknowledge. You connect with everyone you’ve ever met because the tools have not been developed to create more complex social circles that make up mature adult relationships. It makes sense that the evolution of digital social will follow the same developmental path we take as humans.

Social Circles will focus on groups, automatically created based on a person’s real life social circles. They will dynamically shift to include new close friends and remove those that become distant. “Friends” will come to mean the same thing as it does in the real world, a group of people whom you share a close connection with. Content will be shared selectively with those that it’s most relevant to, mirroring the intimate sharing of real-life friendships.

I can already hear the arguments that Social Networks allow for this type of interaction.  They don’t, and let me prove it you.

I’ve had this conversation again and again in the last year.

Me: Do you use a check-in service
Them: No
Me: Why?
Them: I don’t want EVERYONE to know where I am
Me: But you don’t have to let everyone know where you are, just add your closest contacts as friends
Them: That won’t work.  I use Facbeook and I get friend requests from everyone I’ve ever met, I feel bad, and then I accept them.

When people talk about privacy concerns around check-ins, it’s not that they don’t want ANYONE to know where they are, they don’t want EVERYONE to know where they are. The problem is the lack of tools to create the dynamic, intimate groups of people they would be comfortable sharing with. Once that problem is solved, this space will see a huge uptick from mainstream users.

Facebook has quite a few tools for managing groups of friends.  hese fail because they rely on the user to manually curate these groups. Users won’t do the manual work necessary to make a Social Circle work, just like they won’t be selective with whom they friend on a check-in service.

Solving this problem is going to be very tricky. If you want to know why Path and colour were able to raise so much money, it’s because they are tackling this problem, not because they solved it.  The investors were placing a bet that if anyone can solve something as difficult as this, it will be those teams.  As for me, I’ll place a bet on anyone that’s willing to put “Friend Everyone, Share Everything” aside to build software that “Groups Dynamically, and Shares Selectively.” That’s what we’re doing with our app Matchbook, which is for bookmarking place recommendations. If we take our cue from human development, it’s going to be hard, but it’s time to grow up. 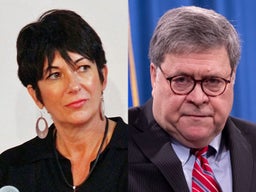