Ghetto Gastro's Lester Walker, a former chef at NYC's top Michelin-starred restaurants, is using deals with Nike and Cartier to donate 150,000 meals a week to families in need 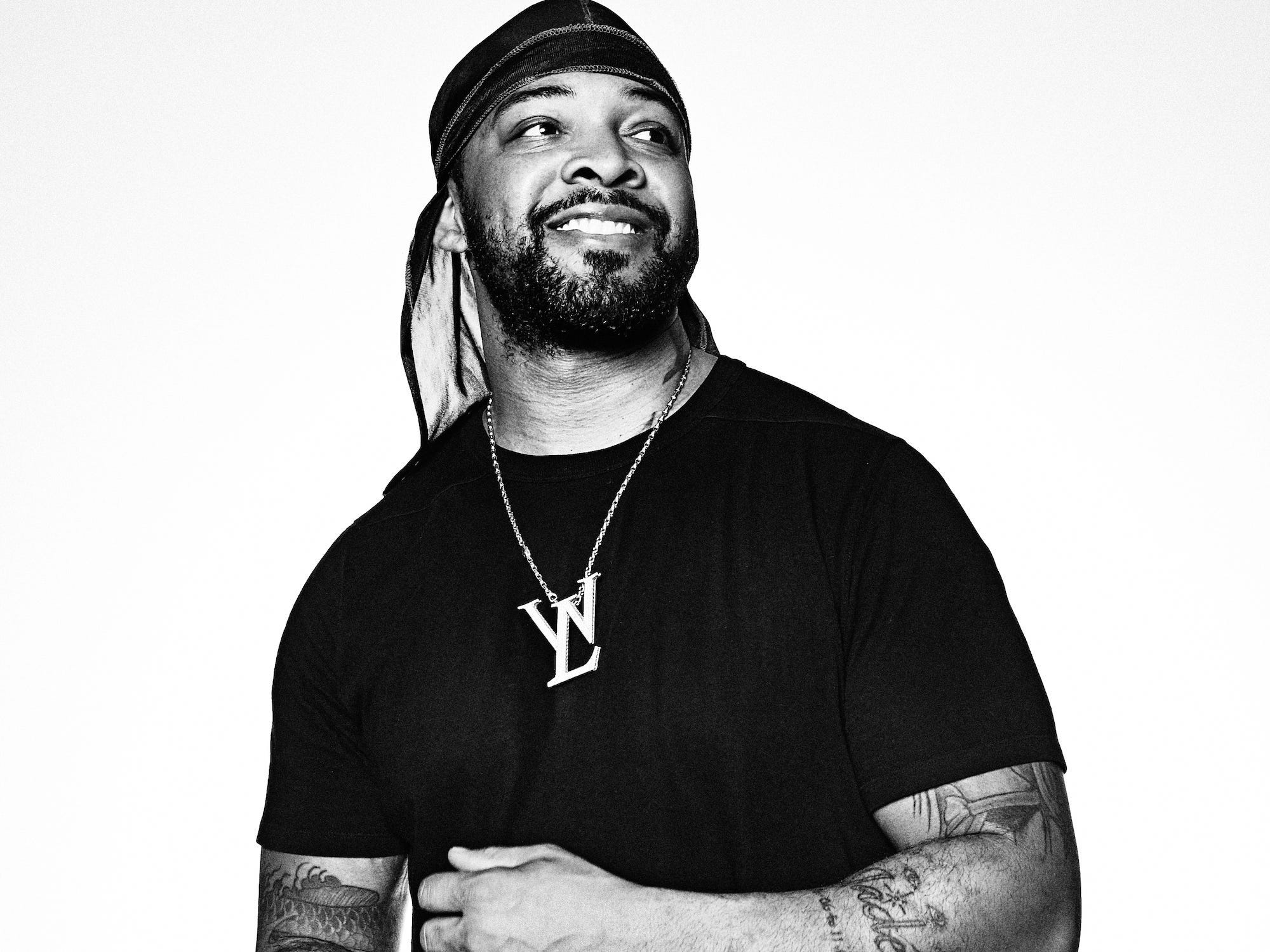 To describe what Ghetto Gastro does in just one sentence would be an impossible feat.

The Bronx, New York, chef collective combines extravagant events and experiential dining with politics and philanthropy. It has partnered with the likes of Cartier and Airbnb. It has donated 150,000 meals a week to Bronx residents in need during the pandemic. It hosts “Gastronomical Cribs,” an Instagram Live series that has featured Naomi Campbell and Tony Hawk. And it has used food trucks to help feed Black Lives Matter protesters in New York City parks.

Walker and his cofounders are using food to spark conversations around inclusion, race, and economic empowerment.

They have dished out deconstructed apple pies on a plate with a chalk outline – turning the traditional American dessert into a symbol for the Black Lives Matter movement. They have had waiters in penguin tuxedos serve their dishes on prison-style food trays made of imported Italian marble, bringing a “Bronx Brasserie” to the Place Vendôme hotel in Paris. 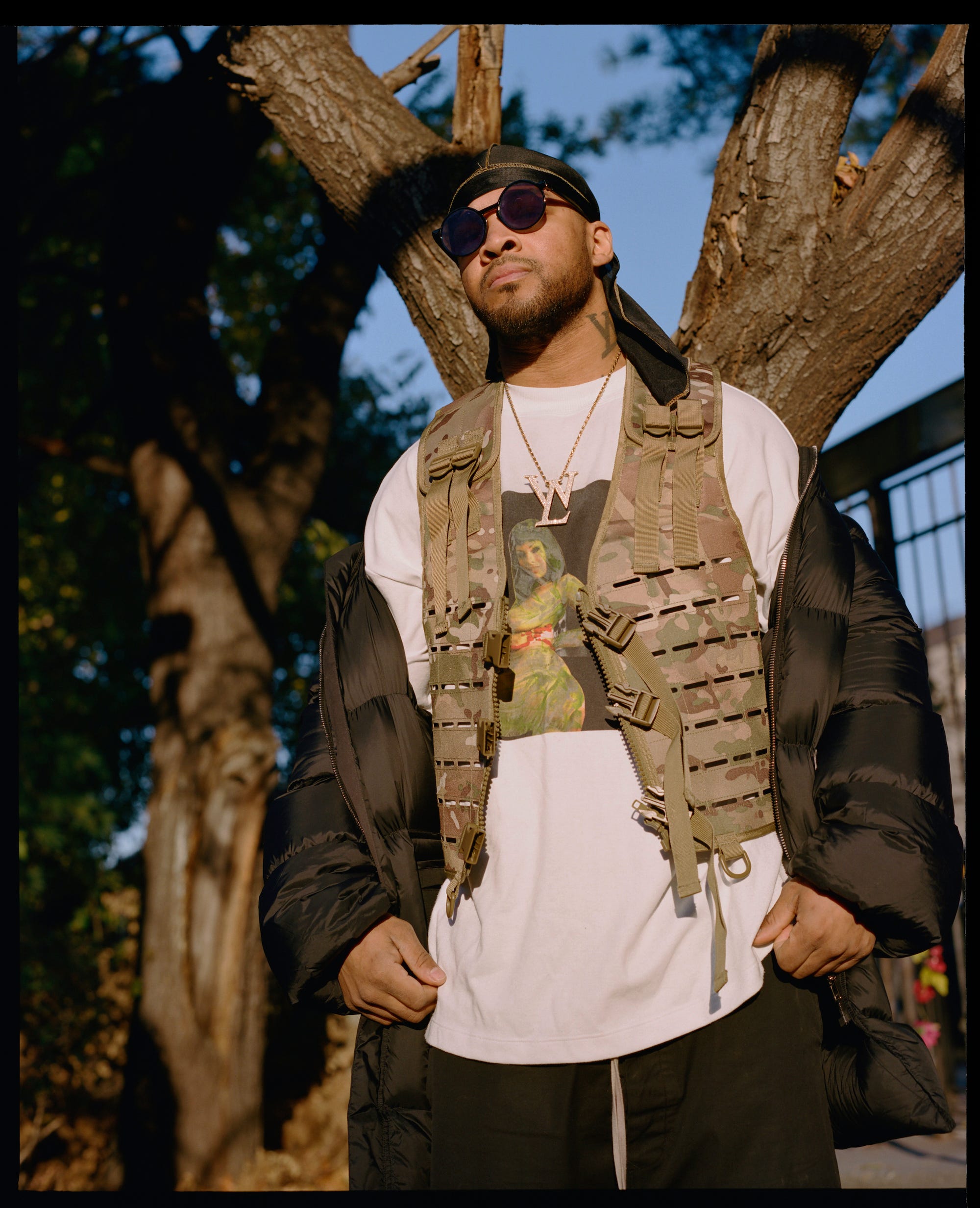 But Ghetto Gastro doesn’t use food just to illustrate the imbalances within society; it tries to correct them too. When the Bronx was hit hard by the pandemic – which has disproportionately affected Black people across New York and the US – Walker made sure that Ghetto Gastro was there to help.

The collective partnered with the nonprofit Rethink Food NYC and the Oaxacan restaurant La Morada, which is run by unauthorised immigrants, to distribute thousands of meals a day to Bronx residents in need. It also expanded its merchandise selection, selling new apparel to help support other Black-owned businesses and organisations.

Walker no longer rocks chef whites, but he credits cooking with saving his life.

He found his passion for food at a young age while helping his single mother, who he said gave him the “building blocks” to start creating things in the kitchen.

“I became the man of the house pretty early,” Walker said. “My mum had a lot on her plate, and I just wanted to help provide for my family. There were many nights and mornings where it was just my brother and I, and I had to make something happen for our nutrition.”

After bouncing around four different high schools in the Bronx, Walker found direction in one of the school’s culinary programs and won a $US10,000 college scholarship in a cooking competition. Before he headed to Miami for culinary school, Walker landed his first job as a breakfast cook at Avenue Bistro, a restaurant in New York City. It was there that Walker worked under a sous-chef whom he credits with first teaching him the ropes on what it takes to run a kitchen. 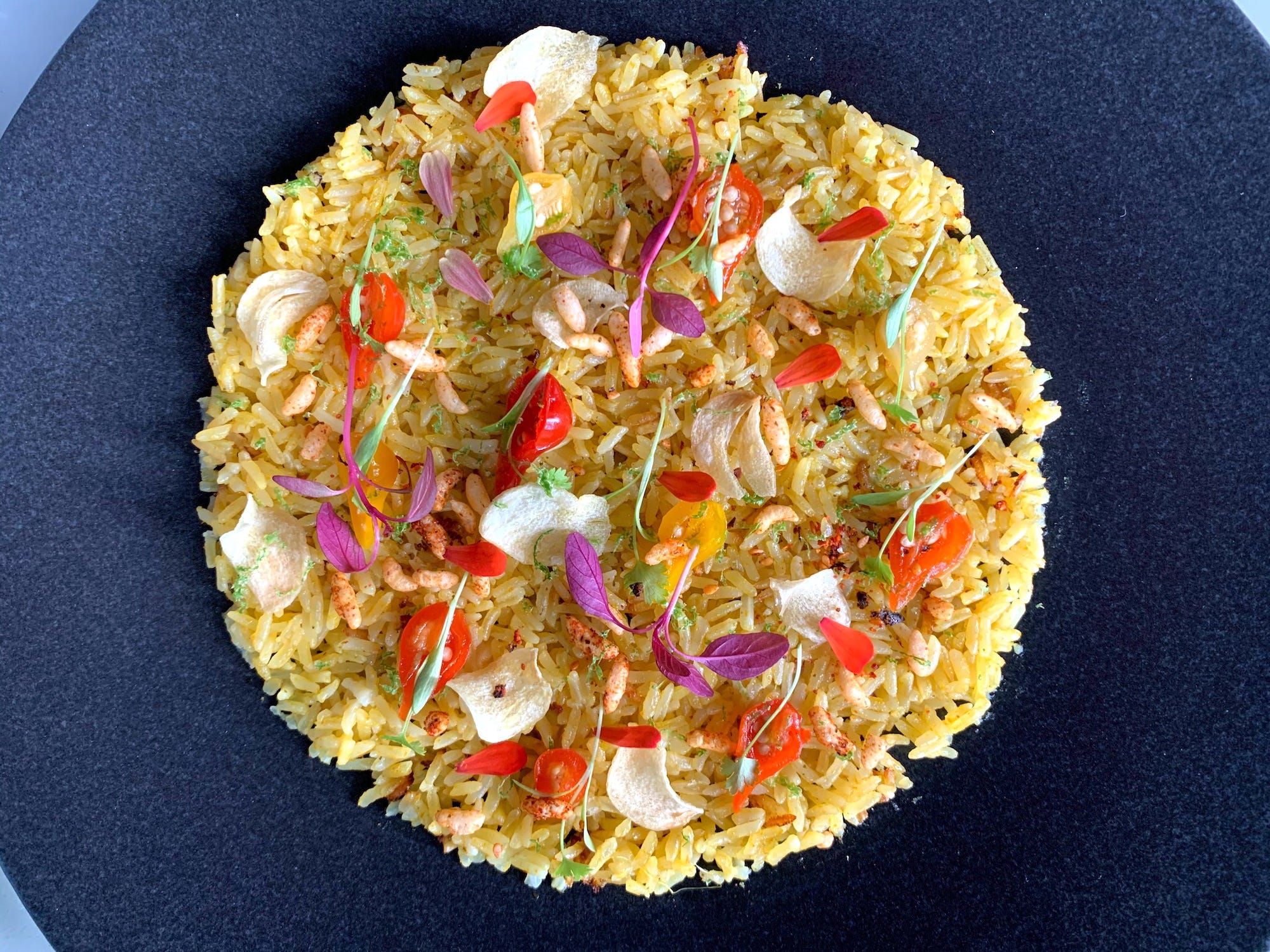 “At the time, I was like, ‘I want to cook. I want to use the wok and flip the food in the air like they do on TV,'” Walker said. “But he was showing me the ropes, giving me the foundation, preparing me for uniformity, and training me to be more organised. To this day, I still carry those teachings.”

While he was in school in Miami, Walker began cooking at different hotels in South Beach.

When Walker returned to New York, he honed his skills at a number of revered kitchens.

“I noticed things early, the imbalance in ethnicity, the imbalance in social classes,” he said. “I was one of the few that were Black in those kitchens, so automatically I had an eye on me. But I was chillin’, honestly. You put me in a room full of roaches, man, I know how to navigate. Growing up in the Bronx gave me that capability. I really think it gave me the opportunity to shine.”

It was while he was the chef at Copia in Manhattan that Walker – and his lemongrass shrimp soup – caught the attention of a kitchen scout from “Chopped.”

“She came back to the kitchen and said, ‘Would you like to audition for ‘Chopped’?’ I was like, ‘What’s Chopped?'” Walker said. 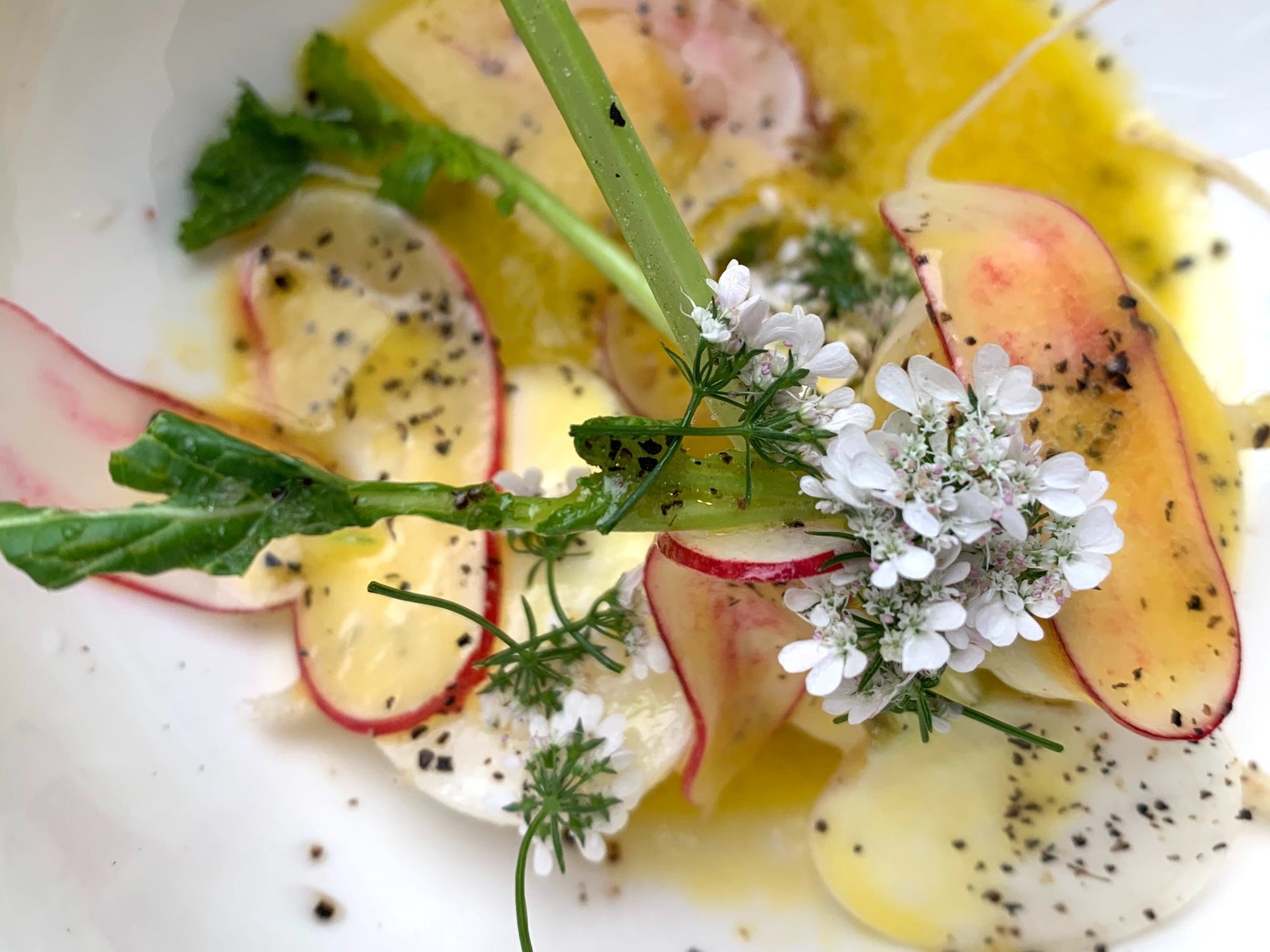 Walker went on to win his episode of the popular Food Network reality show. The birth of Ghetto Gastro soon followed in 2012, when Walker and Grey – a childhood friend who had graduated from the Fashion Institute of Technology – decided to combine their collective experiences and create something the fashion and food worlds had never seen before.

In the collective’s early days, Walker would bring back whatever was left over from whichever upscale kitchen he was working at and use it to create elaborate dinners at Ghetto Gastro’s headquarters.

“What the corporation was going to put in the trash, I was using to start a brand, start a movement,” he said. “Planning how we’d bring the world to the Bronx and the Bronx to the world.”

Walker eventually left the world of Michelin-starred restaurants behind to focus on Ghetto Gastro, which was landing increasingly bigger projects.

The collective’s creations have since appeared everywhere from New York Fashion Week to Art Basel in Hong Kong, often alongside major brand partnerships that have included Spotify, Nike, and Microsoft. 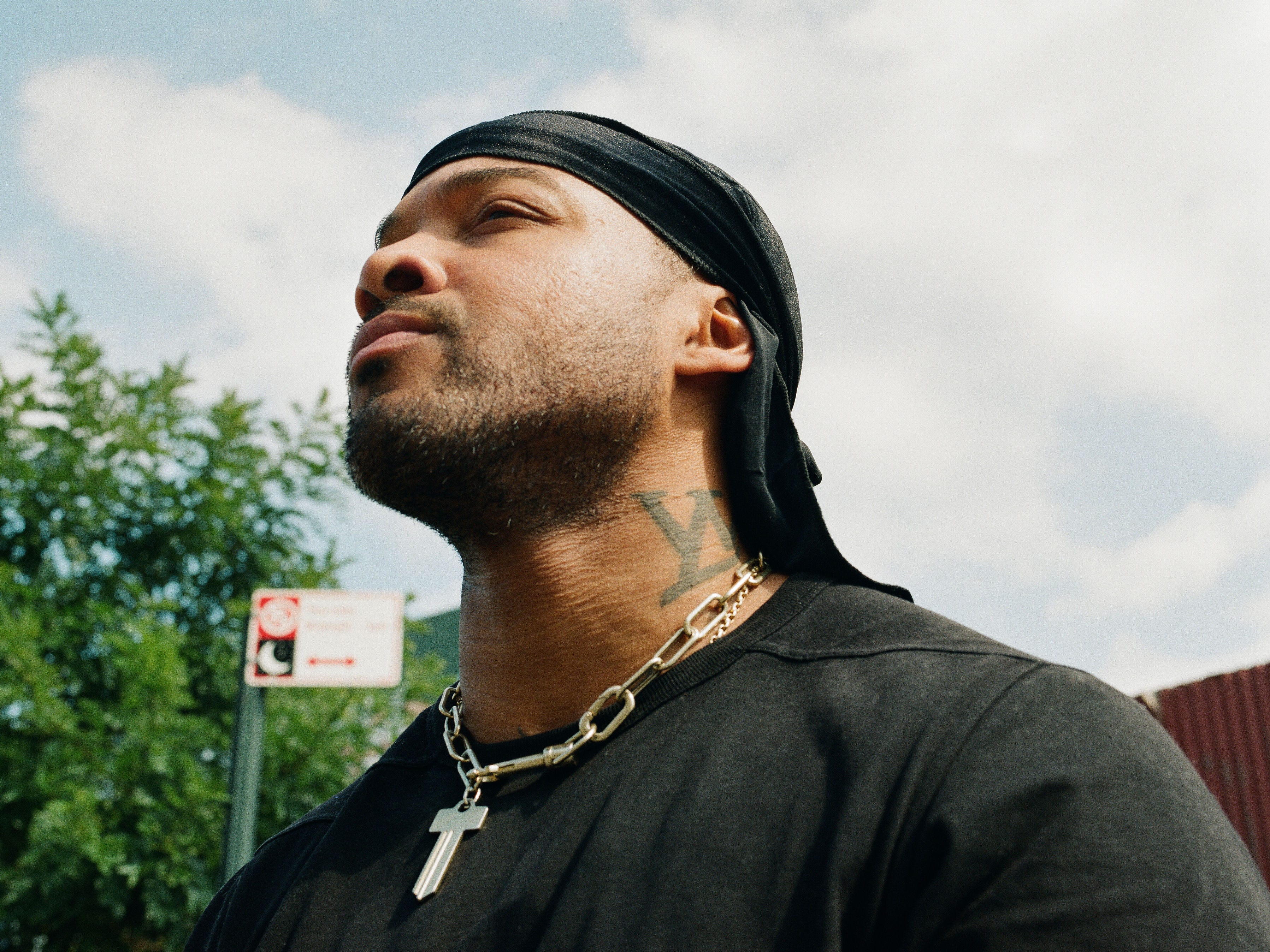 Ray SpearsWalker said he hopes that Ghetto Gastro will continue to ‘change the narrative of superheroes in our neighbourhoods.’

Walker hopes Ghetto Gastro will continue to ‘change the narrative of superheroes in our neighbourhoods.’

“Growing up as a kid, I thought my only way out was to get rich or die trying,” he said. “The superheroes, to me, were the dope dealers, or the ones that played ball and got paid by the drug dealers. And now it’s like, I’m capitalising off my freedom of speech, my art, my passion.”

He added: “This is the way to change the narrative. When I go back to where I grew up, people are thanking me. I’m changing their outlook on what a superhero is supposed to look like. And that’s just amazing.”

The Doers: 25 trailblazers creating hope and inspiring us