THEN AND NOW: The cast of 'The Breakfast Club' 35 years later 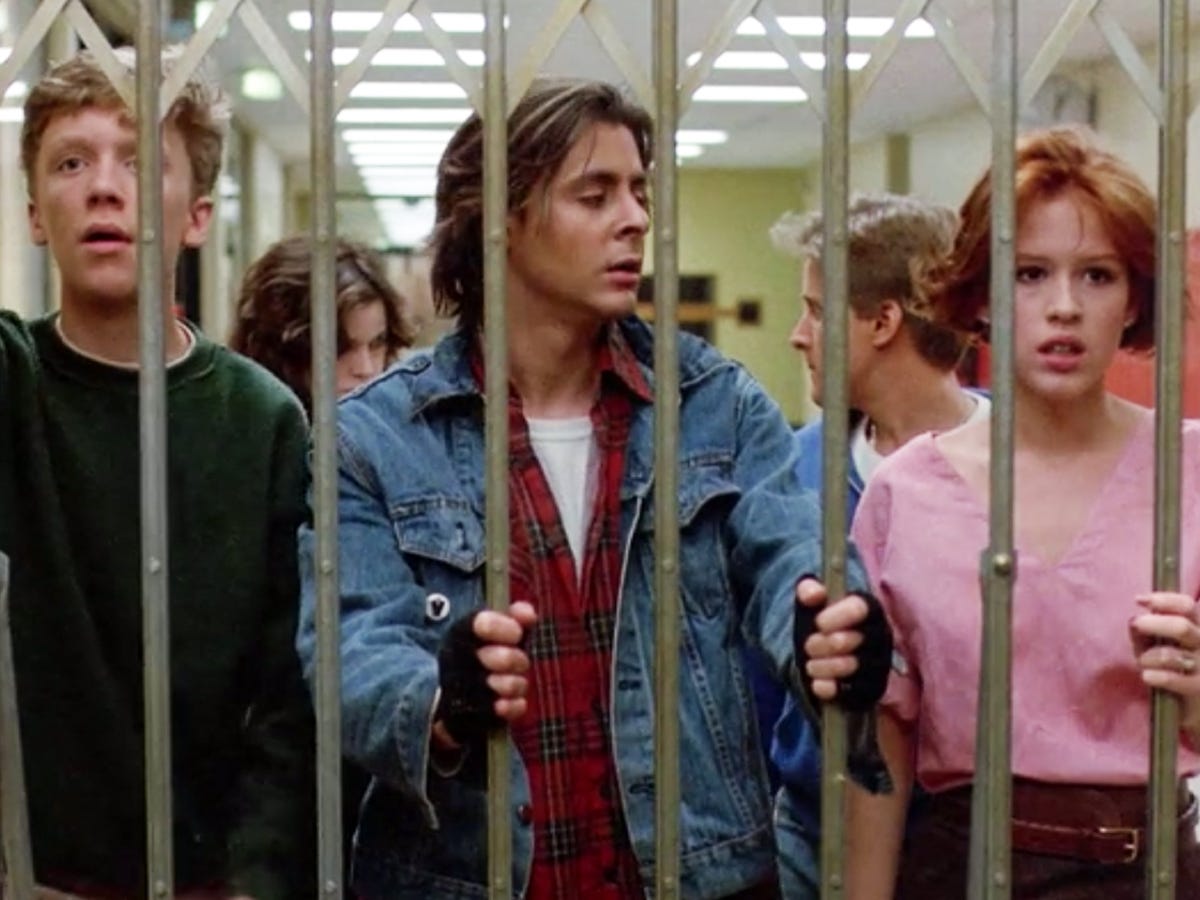 On February 15, 1985, John Hughes’ “The Breakfast Club” hit theatres. The film, which starred Molly Ringwald and Judd Nelson, focused on a group of seemingly dissimilar teenagers who ended up together during Saturday morning detention at Shermer High School.

For hours, they were told to keep quiet and write a 1,000-word essay describing who they think they are. Naturally, the students completely disregarded the first part and instead spent the day getting into trouble.

Here’s what the cast of the iconic movie has been up to since “The Breakfast Club” was released 35 years ago.

The popular girl at school, Claire Standish, was played by Molly Ringwald. 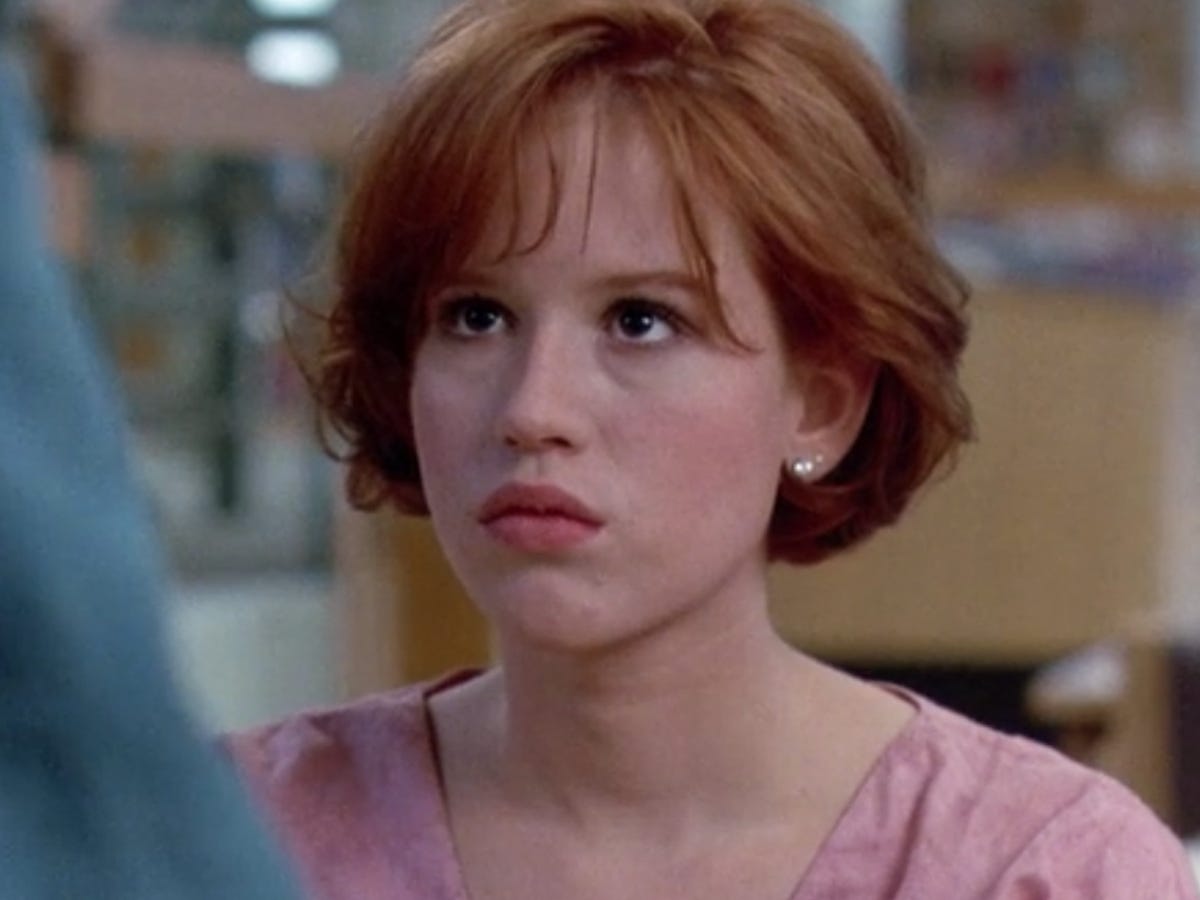 Universal PicturesClaire hated the frequent squabbling between her parents.

Claire ended up in detention because she skipped class so she could go shopping. After “The Breakfast Club,” Ringwald landed roles in “Not Another Teen Movie,” ‘Townies,” and “Psych.” She also starred as Shailene Woodley’s on-screen mother on the drama series “The Secret Life of the American Teenager.”

Ringwald made her first appearance on “Riverdale” during season one. After costar Luke Perry (who played ex-husband Fred Andrews) died and the character was killed off at the start of season four, Mary Andrews decided to stay in Riverdale for a bit longer to be Archie’s guardian.

The actress also played Mrs. Flynn in the Netflix rom-com “The Kissing Booth.” Next, she’ll star on the mini-series “Tales of the City,” which is based on a book series by Armistead Maupin.

In 2018, Ringwald wrote a candid essay for the New Yorker, examining “The Breakfast Club in the Me Too era. The actress also called attention to one scene in which John looked under Claire’s skirt while hiding from Mr. Vernon, which she said is problematic.

“Bender sexually harasses Claire throughout the film,” Ringwald said. “When he’s not sexualizing her, he takes out his rage on her with vicious contempt, calling her ‘pathetic,’ mocking her as ‘Queenie.’ It’s rejection that inspires his vitriol.” 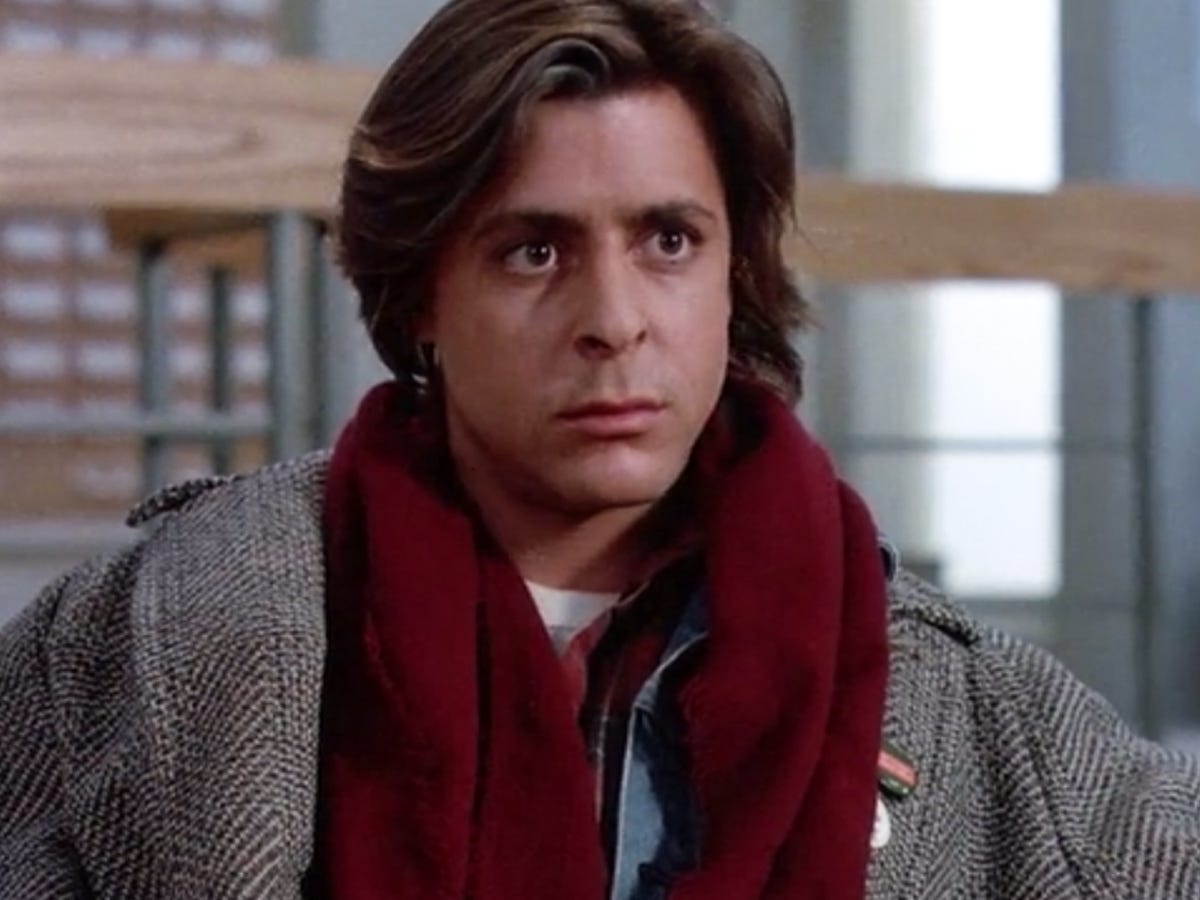 He tore pages out of books in the library out of boredom and spent the whole movie belittling Claire.

Nelson has kept busy with a variety of roles on TV shows and movies since “The Breakfast Club.” Amanda Edwards/Getty ImagesJudd Nelson was nominated for a Golden Globe for his role in the 1987 thriller ‘Billionaire Boys Club.’

Nelson landed guest-starring roles on shows like “Two and a Half Men,” “Psych,” and “CSI: NY.” He also voiced characters on “Family Guy,” “Phineas and Ferb,” “Ben 10: Omniverse,” and several animated “Transformers” series.

The 60-year-old actor also had a recurring role on “Empire” and played Santa Claus in the Hallmark holiday movie “Cancel Christmas.”

“I think that sometimes you don’t have the opportunities for some of the most A-list-type movies, big-budget movies,” Nelson told The A.V. Club of his diverse projects over the years. “But I think it’s important to keep working and make the best of what’s available.” 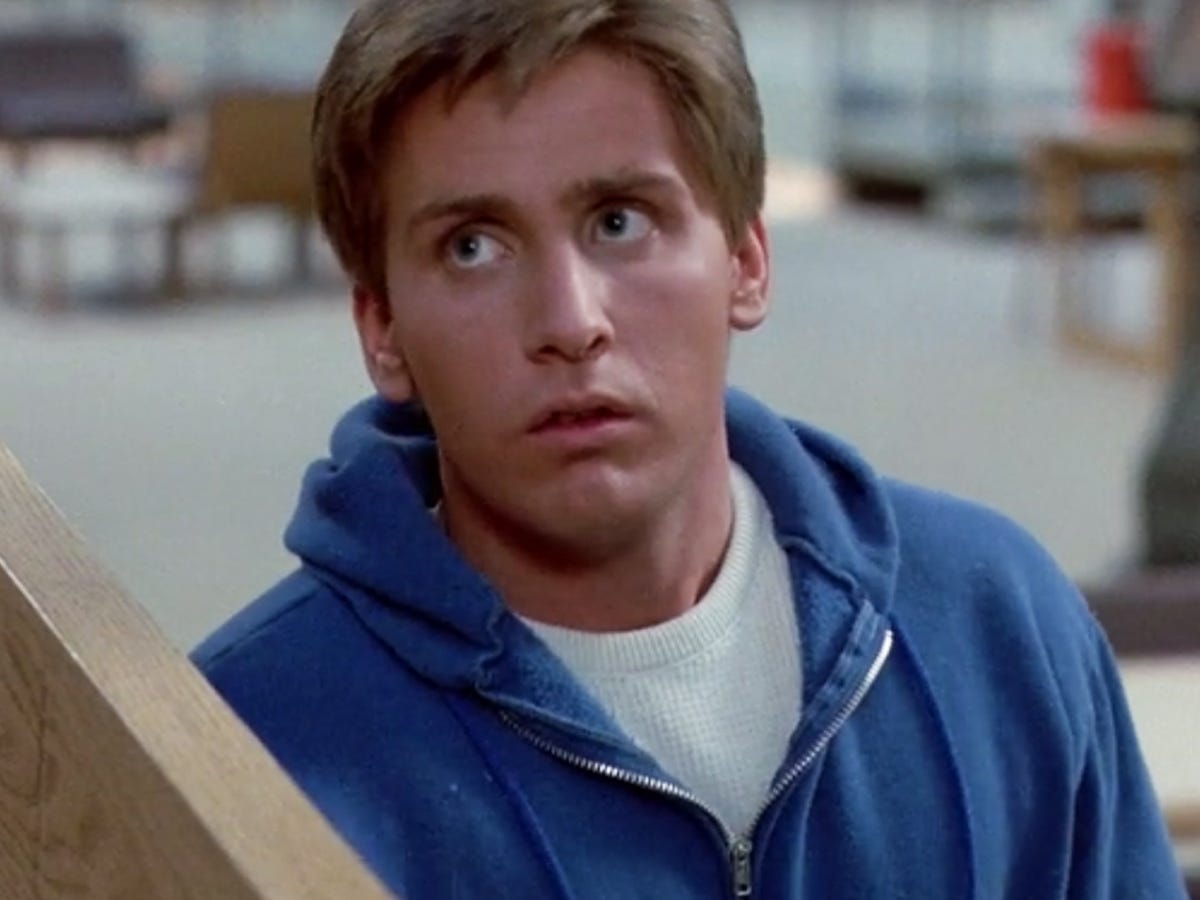 Universal PicturesAfter getting high, he ran around the library, doing cartwheels and jumping over shelves.

Andrew feared disappointing his father and felt pressure to constantly win. He landed in detention after pulling a prank on another student, because he thought it would make him seem cool.

Estevez will reprise his role as Gordon Bombay on Disney Plus’ upcoming “Mighty Ducks” sequel series. “After 25 years, I am delighted to lace up my skates, put on Coach Bombay’s jacket and return to play the iconic character for this new chapter in ‘The Mighty Ducks‘ franchise,” Estevez said.

He also shared the small screen with younger brother Charlie Sheen after guest-starring on “Two and a Half Men.”

“The Public,” which Estevez starred in, directed, and wrote, is his most recent film. The movie centres on a public library in Cincinnati that becomes a shelter for homeless people when an arctic blast hits the city. 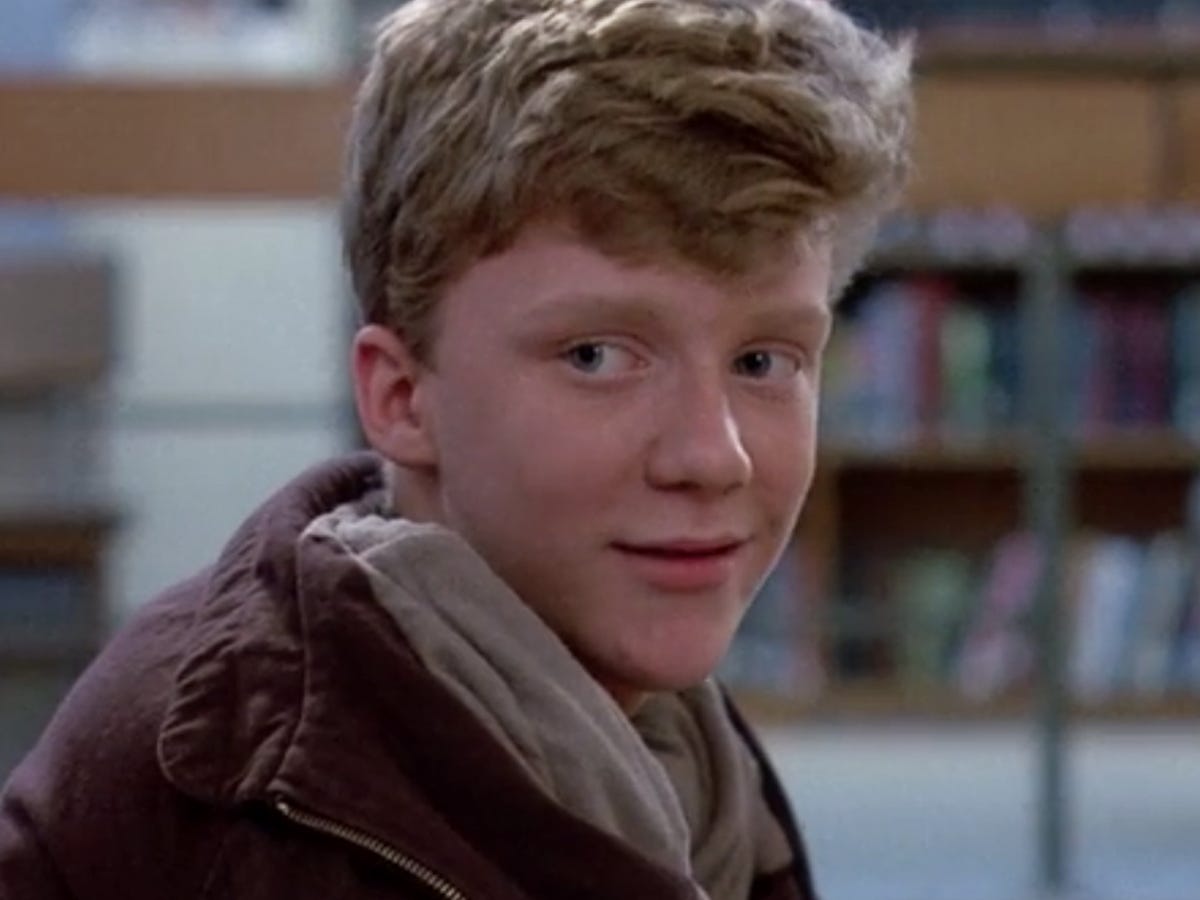 Universal PicturesHe ate a peanut butter and jelly sandwich with the crusts cut off.

He was part of the maths club, business club, and physics club. Brian also had a fake ID so he could vote, despite being underage. Steve Zak Photography/FilmMagic via Getty ImagesAnthony Michael Hall had a minor role in ‘The Dark Knight.’

Hall went on to guest star on “Murder, She Wrote,” “Entourage,” and “CSI: Miami.” Hall also played the villain in the Tim Burton movie “Edward Scissorhands.”

In 2017, the actor had a run-in with the law and was sentenced to three years of probation and 40 hours of community service. He pleaded no contest to charges that he assaulted his neighbour in an argument that escalated to a physical confrontation. In the altercation, Hall broke his neighbour’s wrist.

Most recently, Hall guest-starred on Marvel’s “Agents of S.H.I.E.L.D.” and “The Goldbergs.”

Ally Sheedy played Allison Reynolds, an outcast who didn’t speak too much. 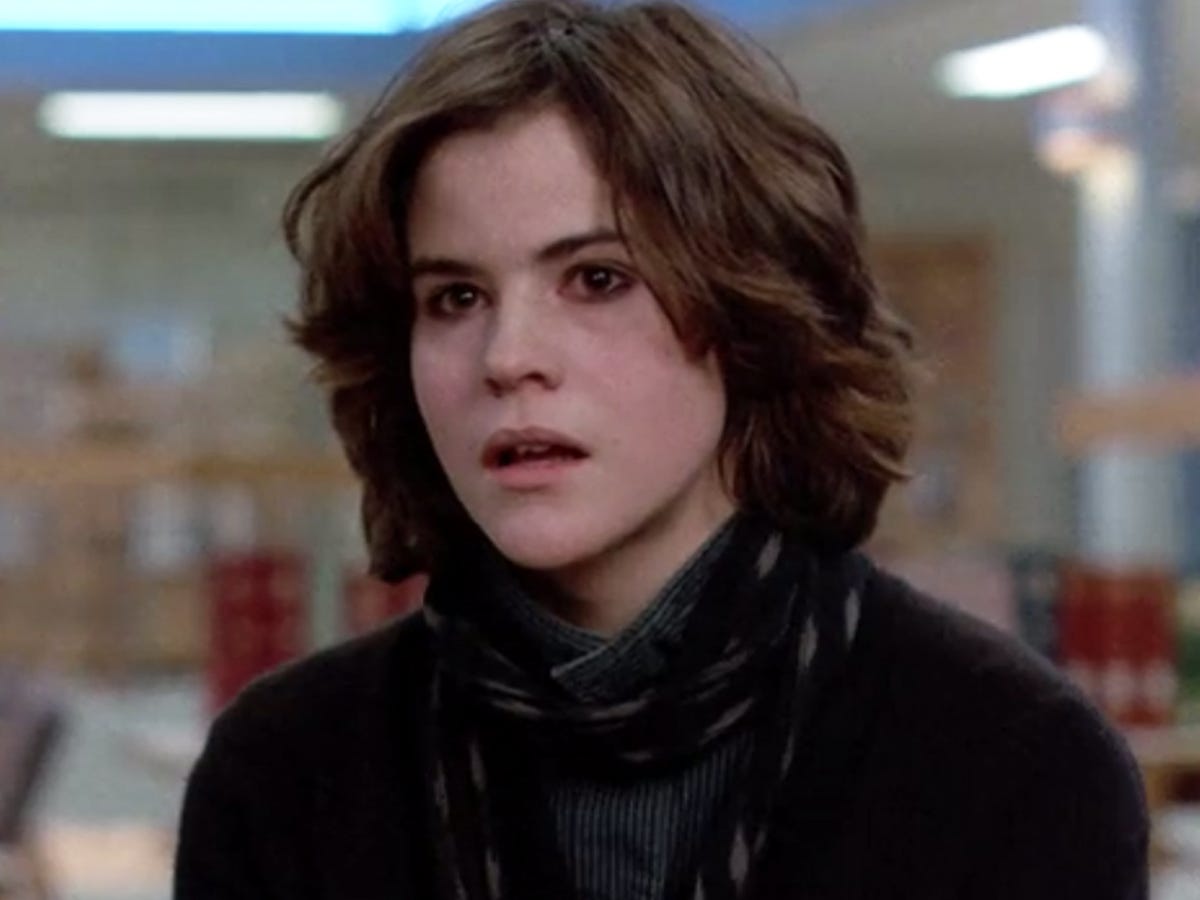 Universal PicturesShe ate a sandwich that was filled with Pixy Stix and cereal.

Her home life was “unsatisfying,” so she kept a bag filled with essentials so she could run away at any time. Allison also claimed that she could write, eat, and play the piano with her feet.

Sheedy most recently guest-starred on season two of the Showtime series “SMILF.” 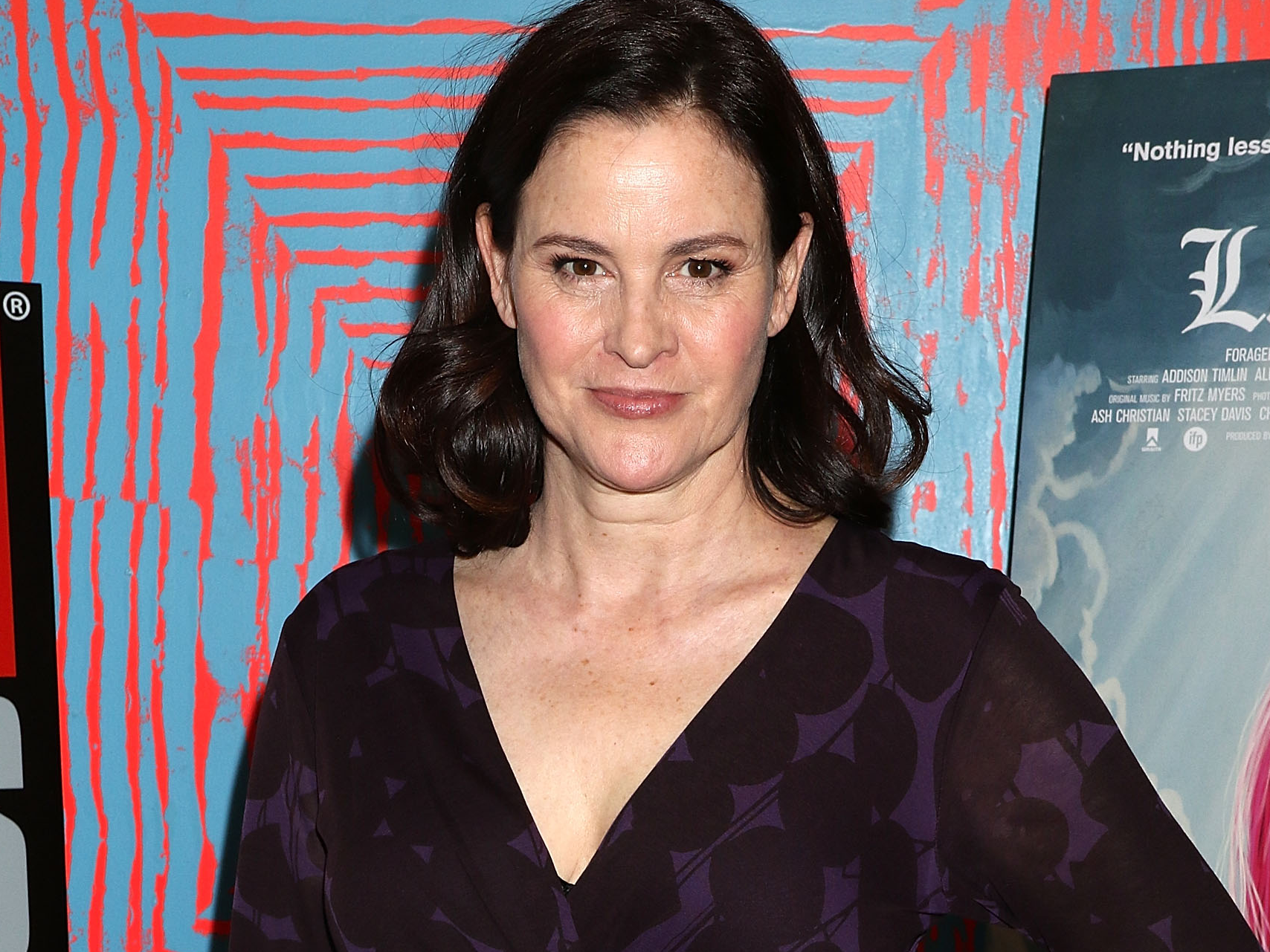 Laura Cavanaugh/FilmMagic via Getty ImagesAlly Sheedy at a Q&A for ‘Little Sisters’ in New York City in 2016.

In addition, Sheedy had a cameo in the 2016 movie “X-Men: Apocalypse.” In the film, she played Scott Summers’ teacher. The minor role was a nod to two films in which Sheedy played rebellious students, “The Breakfast Club” and “Wargames.”

Sheedy has also been outspoken about the Me Too movement. After the 2018 Golden Globes, the actress took to social media and shared cryptic tweets about James Franco, who directed her in an off-Broadway production and has been accused of sexual misconduct.

“James Franco just won. Please never ever ask me why I left the film/tv business,” Sheedy wrote in a tweet that was later deleted.

Shortly after, Franco appeared on “The Late Show With Stephen Colbert” and spoke out.

He went on to say that the things written about him on Twitter weren’t “accurate,” but he supported “people coming out and being able to have a voice.” 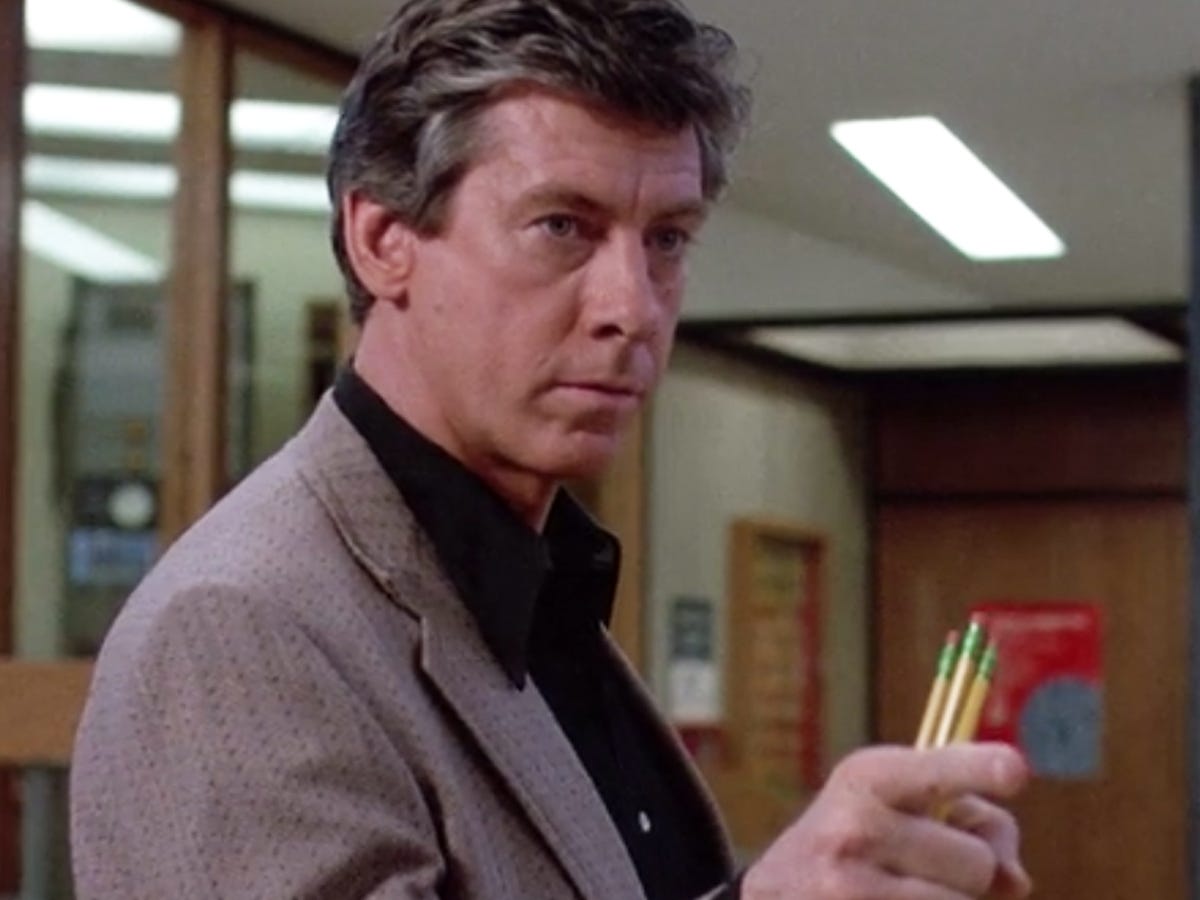 Universal PicturesPaul Gleason as Richard Vernon in ‘The Breakfast Club.’

He told the students not to move, sleep, or talk during detention.

Gleason guest-starred on multiple TV shows before his death in 2006. 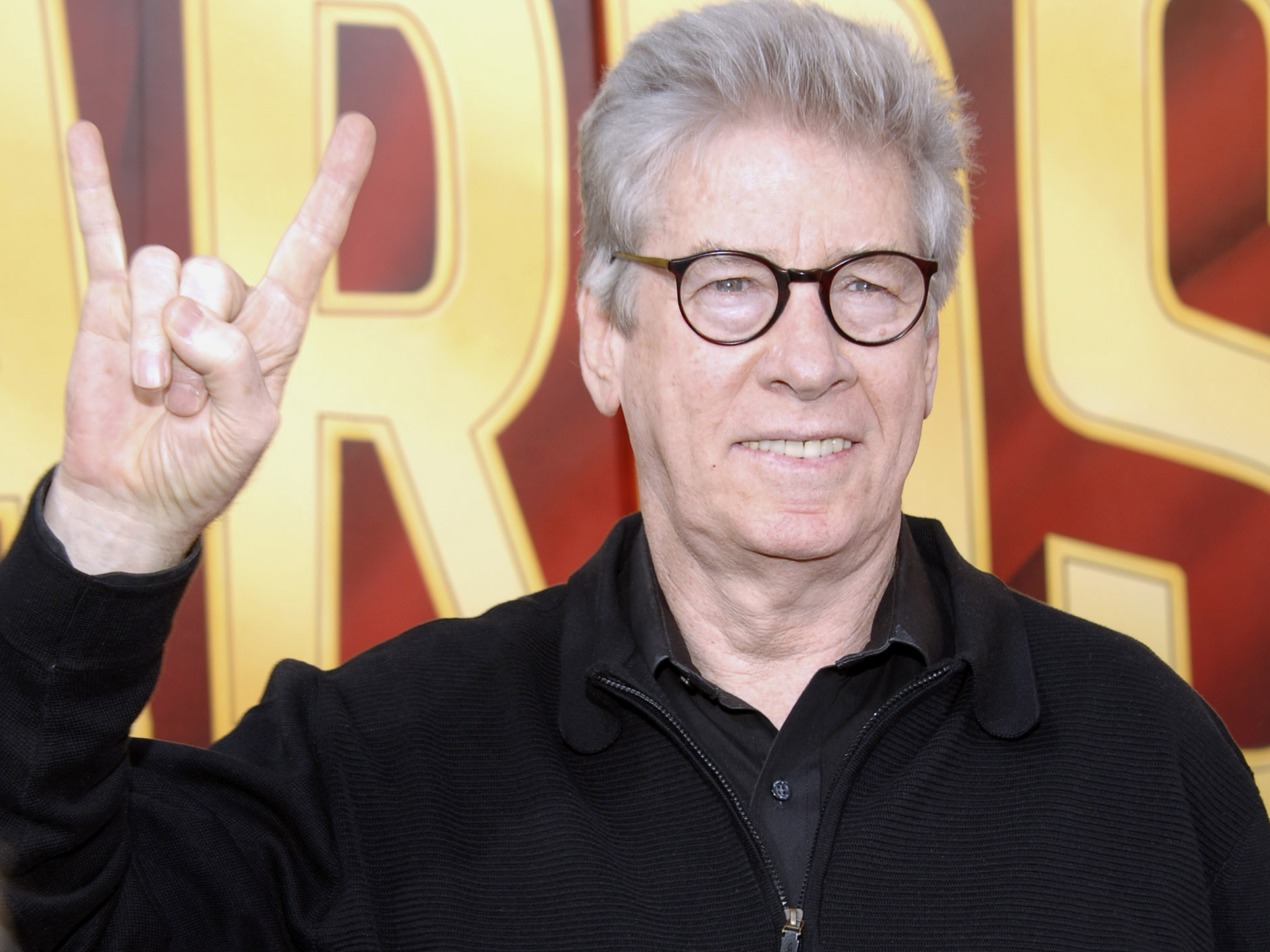 Gleason died in May 2006 from mesothelioma, which is a form of lung cancer that’s connected to asbestos.