It may be a new year, but the story at the Bank of Japan remains very much the same.

It did pretty much as markets expected following its January policy meeting, keeping its key policy rate unchanged at 0.1% while pledging to buy sufficient Japanese Government Bonds to ensure benchmark 10-year yields anchored at around 0%.

The BoJ said it will maintain its policy program — known as Quantitative and Qualitative Easing with Yield Curve Control — for as long as it is necessary for achieving its inflation target of 2%.

It repeated that it will continue bond purchases until core inflation — that which excludes fresh food prices — exceeds and stays above its inflation target in a stable manner.

The bank also lowered its inflation forecasts, seeing core CPI lifting by 0.9% in the financial year ending March next year, down from 1.4% seen three months ago.

It also lowered its forecast for core inflation in the 2020 financial year down a tenth to 1.4%.

Those downgrades came despite an expectation that GDP growth will be faster than expected in the coming years, a result partially reflecting a big downgrade to its GDP growth forecasts for the current financial year.

As for the risks to those forecasts, the BoJ said that risks to both GDP growth and inflation were to the downside.

“On the price front, the momentum towards achieving the price stability target of 2% is maintained but is not yet sufficiently firm, and thus developments in prices continue to warrant careful attention,” the bank said.

Despite lowering its inflation forecasts, a move that has been the norm, rather than the exception, in recent years, the BoJ retained the view that inflation will gradually move towards target.

It nominated developments in overseas economies, along with the planned consumption tax increase scheduled for October this year, as downside risks for the economy.

With the BoJ acknowledging downside risks for inflation, even after lowering its previous forecasts, the Japanese yen has weakened against all major currencies following the release of the policy statement, reflecting that ultra-easier monetary policy, or perhaps even easier policy settings, will be in place for the foreseeable future.

The BoJ monetary policy decision can be accessed here. It’s separate Outlook for Economic Activity and Prices report can be found here. 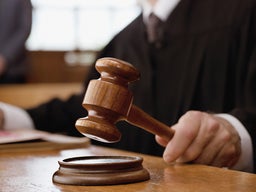