The most impactful strikes in history — for better or worse Business Insider/Jessica TylerWorkers from Amazon, Walmart, FedEx, Target, Instacart, and Amazon’s Whole Foods Market went on strike amid the coronavirus pandemic on May 1, 2020.

Workers at Walmart, FedEx, Target, Instacart, Amazon, and Amazon’s Whole Foods Market say that they have had to deal with unsafe working conditions amid the coronavirus pandemic, like not having access to protective equipment or time to wash their hands.

Employees and gig workers at these companies in at least six states are walking out of work today, they told the Intercept.

Participants chose International Workers’ Day to demand several things, including back pay for unpaid time off they have used since the beginning of March when the coronavirus began to spread across the US, and hazard pay or paid sick leave for the rest of the pandemic.

They also want protective equipment and cleaning supplies at all times, in addition to transparency about who has been infected in the company.

The strikes are just the latest in a long line of worker protests spanning centuries. Here are a handful of the largest, most powerful strikes in world history:

Áine Cain contributed to this report.

The first recorded labour strike occurred in ancient Egypt in 1156 BC, when workers stopped working to protest late payment from the pharaoh, Ramesses III.

Tomb-builders and artisans began complaining of month-long payment delays in 1159 BC, as they prepared for a festival to honour Ramesses III, according to renowned Egyptologist Toby Wilkinson‘s analysis of ancient record keeping.

Government officials largely ignored the tomb-builders, and they eventually stopped working and took to the city streets yelling “we are hungry.” They blocked access to the Valley of the Kings, barring others from bringing sacred food and drink to the dead.

The pharaoh and ancient workers eventually compromised and they got their paychecks – and the strikes led to greater awareness of corruption within the Egyptian ruling class.

From 400 to 200 BC, Roman laborers halted the entire economy for days during the Secession of the Plebs. 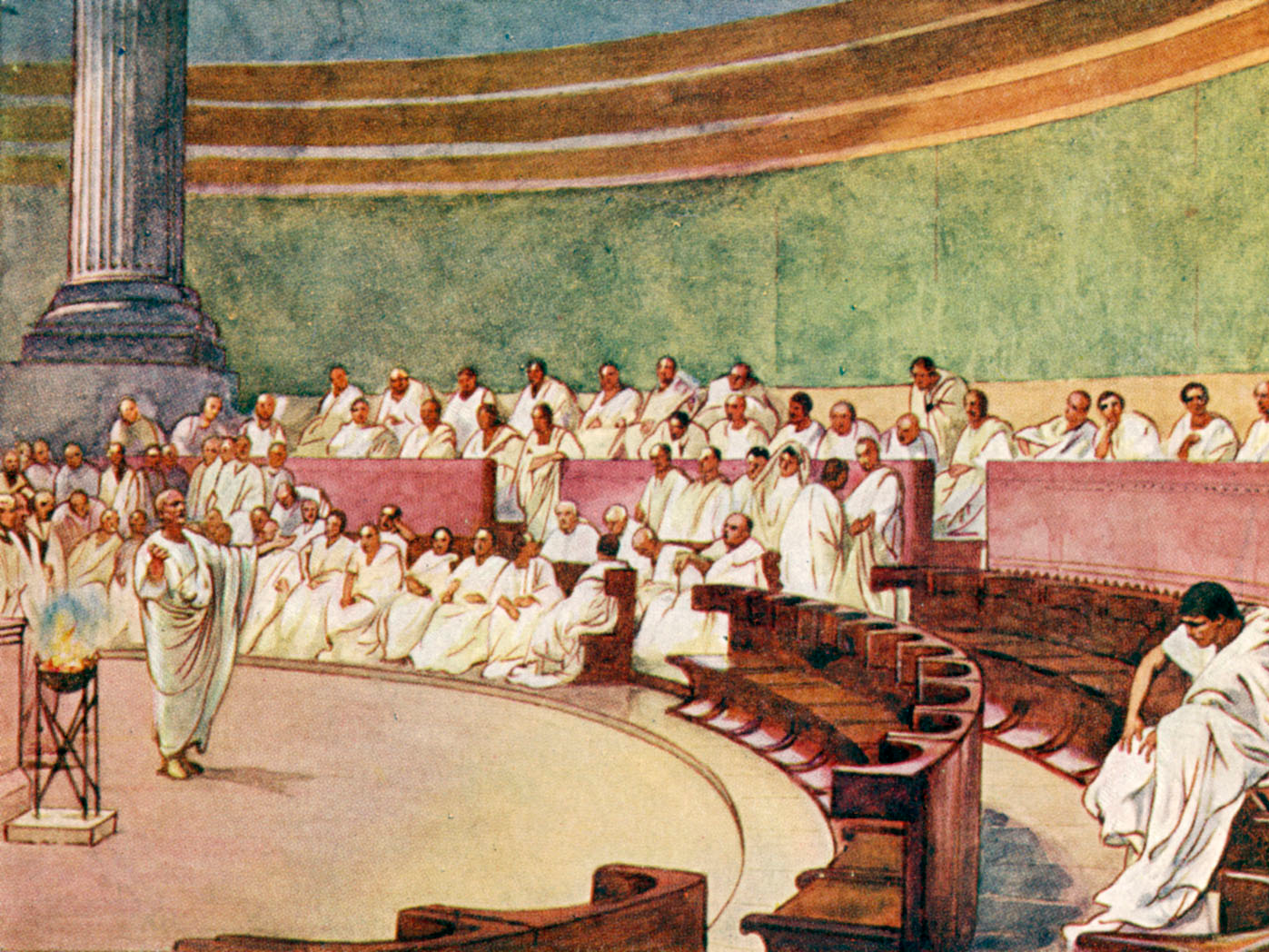 The Roman plebeians class represented builders, bakers, and common laborers that were one step above slaves on the social hierarchy. They sometimes stopped working en masse during “secessions” to demand fairer treatment during the Republic.

During the first secession in 494 BC, plebeians walked off the job to protest a law that would increase their debt. The strike resulted in a repeal of that law, as well as a government representative position for plebeians.

The final secession in 287 BC resulted in the formation of the Plebeian Assembly, meaning the class could now pass their own laws the elect their own representatives.

The first worker strike in the Americas occurred in Real del Monte, Mexico in 1766.

The strike began on July 30 after the mining management would not respond to a list of worker grievances. The strike lasted approximately one month, and ended when the administration agreed to increase wages and meet other demands.

The first US strike of 20,000 of carpenters, coal workers, and public works employees occurred in Philadelphia in 1835, resulting in a sweeping victory for all workers.

The first US general strike – or one that involved workers from different industries – occurred in Philadelphia in 1835 to call for shorter workdays. The strikes began when coal workers went on strike to call for ten-hour workdays in early June. They were soon joined by carpenters, painters, bakers, and more.

Three weeks after the general strike, the city imposed a 10-hour workday and raised wages for some workers.

The 8-hour day is a result of an Australian stonemason strike that occurred 1856.

The 8-hour workday was first proposed by Scottish socialist Robert Owen in 1817. Owen called for a day that consists of 8 equal hours of work, recreation, and rest.

Australia’s labour union, the Operative Masons’ Society, decided to call for 8-hour day based on Owen’s viewpoint. After negotiations failed with building companies, stonemasons put down their tools and walked off their job at Melbourne University in April of 1856.

Months later, employees and the government agreed on an 8-hour workday without a dip in wages.

The 8-hour workday came to the U.S. first in the state of Illinois, where the state legislature passed a law mandating it in 1867. Many employers refused to cooperate, prompting a massive strike – and earning the nickname “May Day,” Business Insider’s Shana Lebowitz reported.

A 1894 strike resulted in 30 people dead, cost $US80 million in damages, and led to the creation of Labour Day in the US. 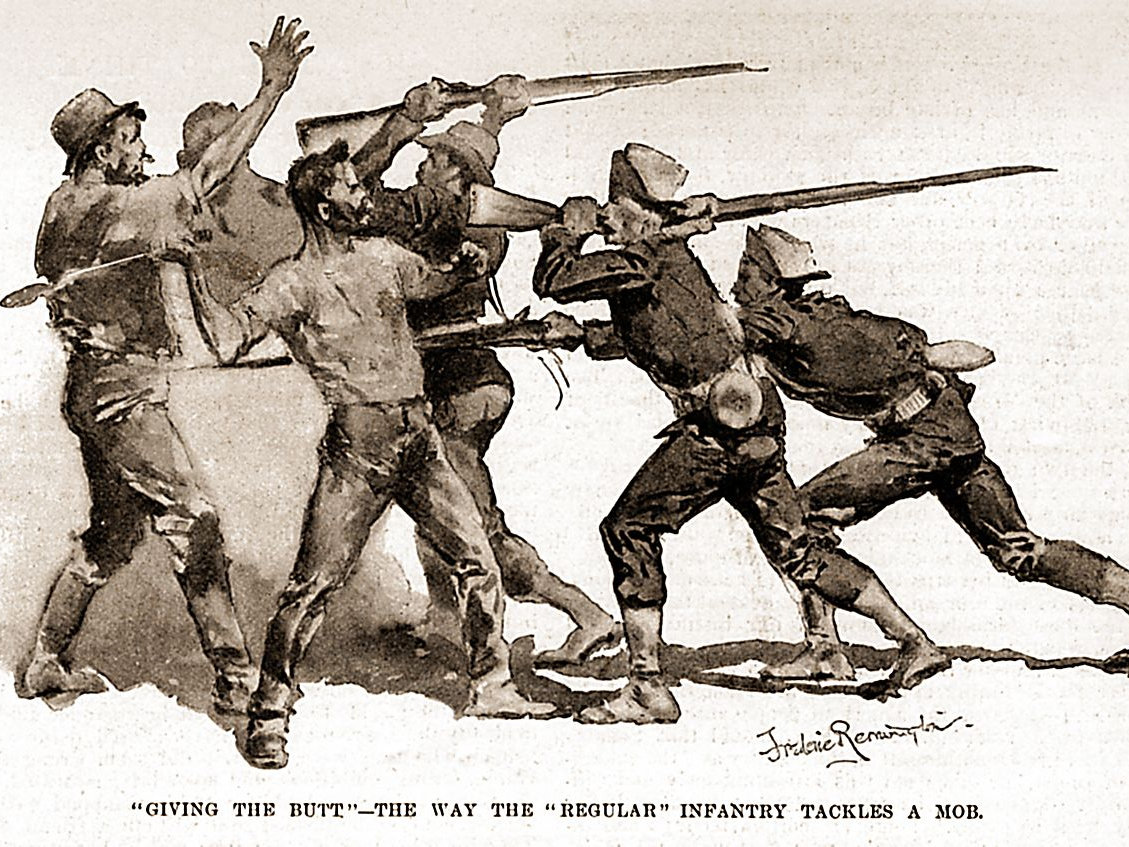 The Pullman strike represented a culmination of the rifts between labour and business owners in 19th century US, Business Insider’s Áine Cain reported.

The strike occurred after workers for The Pullman Company, a luxury rail car service, called for better living conditions and higher wages.

Former President Grover Cleveland called in the federal soldiers to enforce an anti-strike injunction. Strikers and soldiers got into a violent clash in Chicago, resulting in 30 people dead.

Cleveland’s later decided to declare Labour Day as a holiday for workers likely to please his constituents after the controversial handling of the strike.

The US Postal Strike of 1970 brought mail delivery to a halt as 210,000 letter carriers stopped working for 8 days.

Before the strike, letter carriers worked physically demanding jobs for long hours and with limited breaks. Many workers did not receive substantial pay raises even after decades on the job, according to HISTORY.

Despite laws that prohibit federal workers from striking, USPS letter carriers defied their union and 30% of them went on a nationwide strike for eight days, the largest walkout of federal employees in history. The event disrupted millions of mail and package deliveries, eventually resulting in a national emergency. Former President Richard Nixon even deployed the National Guard to deliver mail.

The strike eventually ended, and Congress approved a 6% wage hike for postal workers.

In 1981, 12,000 air traffic controllers walked out after contract negotiations fell through — and Ronald Reagan fired nearly all of them.

During the height of summer traffic, 7,000 flights were cancelled after thousands of air traffic controllers went on strike to demand better pay.

The Professional Air Traffic Controllers Organisation had called for reduced work-weeks and a $US10,000 pay increase across the board, a package that would cost the Federal Aviation Administration $US770 million. In response, the FAA offered a measly $US40 million.

About 13,000 air traffic controllers went on strike, prompting former president Ronald Reagan to threaten to fire them if they don’t return to work in 48 hours. About 11,000 continued to strike, and Reagan made good on his word.

While the mass layoffs delayed flights initially, supervisors and non-unionized controllers had managed to bring 80% of flights back to schedule. The strike was considered a failure, and Reagan banned the demonstrating the air traffic controllers from working for the FAA again.

Over 100,000 miners in Britain went on a year-long strike in 1984 after the government, led by Margaret Thatcher, announced job cuts.

Days after the announcement, 165,000 miners, led by the National Union of Mineworkers, went on strike. Thus began a tense, year-long strike, where men would throw pickets – known as “flying pickets” – at pits where miners still worked at.

The strike grew violent during a confrontation at a coking plant in June 1984, when police and strikers through bricks and fought each other. In December, two strikers killed a taxi driver by hitting him with a concrete block intended for a working miner.

The strike eventually ended in March 1985, and is considered a victory for Thatcher and her Conservative Party. The event also shrunk the NUM’s influence in politics, according to PBS.

In 2016, millions of Indian workers protested Narendra Modi’s labour reforms and called for higher wages in a one-day strike.

Workers in banking, telecom and other industries protested Modi’s economic reforms that scaled back labour laws and shut down some companies.

The strike caused state banks and power stations to close and public transportation to stop, according to The Guardian. Schools and colleges closed, hospital procedures were delayed, and railways halted.

The one- or two-day strike is form of mass action that Indian workers have used with some regularity since the 1990s.

In 2019, the United Auto Workers labour union for General Motors went on strike for 40 days for higher wages and better healthcare. General Motors (GM) workers went on strike for 40 days on September 16, 2019. The strike, which ended up costing GM about $US2 million, ended when the worker’s representatives made a deal with GM.

The contract both parties ultimately agreed on included an $US11,000 signing bonus for each member, performance bonuses, two annual raises and lump-sum payments, and low premiums for worker’s health benefits. It also allowed GM to close three US factories.