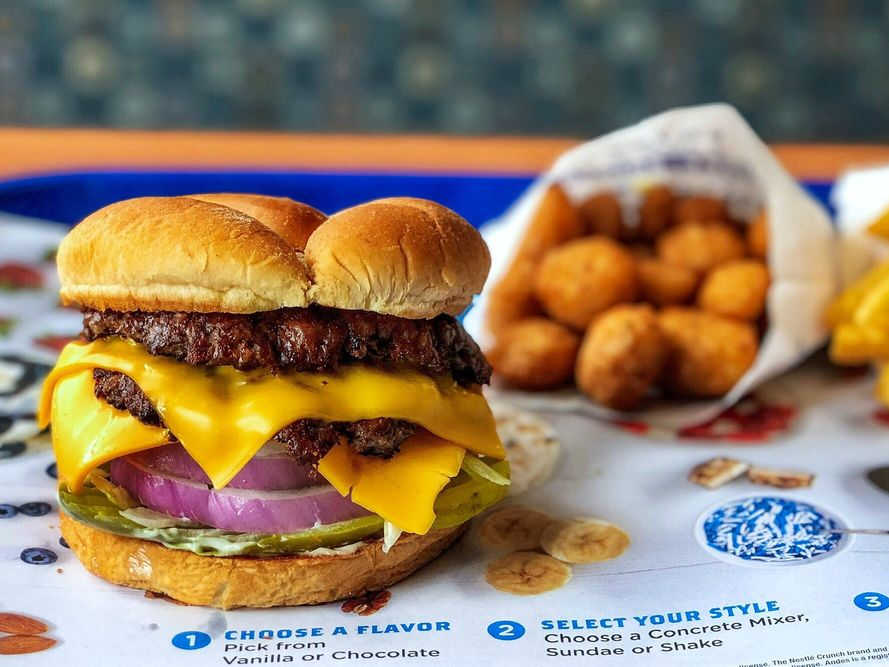 John K./YelpCulver’s is known for its ButterBurgers

The Midwest is known for its small towns and farmlands, but it is also home to some delicious food.

Here are some fast-food chains from the Midwest that we wish were available across the country.

Note: Some of these chains have a few locations outside of the Midwest, but since they’re based in the Midwest and primarily serve that region of the US, they’re included on this list.

Culver’s is known for its signature ButterBurgers and fresh frozen custards. 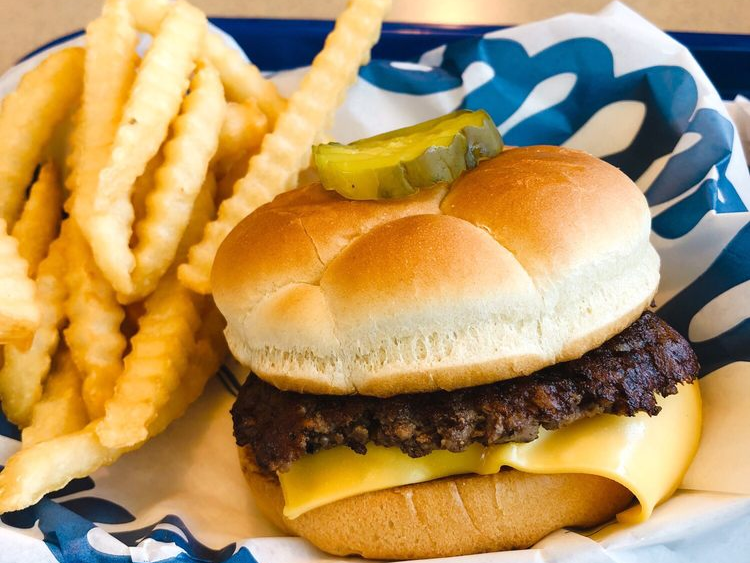 Culver’s is also known for its Midwest hospitality.

The chain is mainly located throughout the Midwest, but its starting to spread to states like Texas, Florida, Georgia, and Arizona. 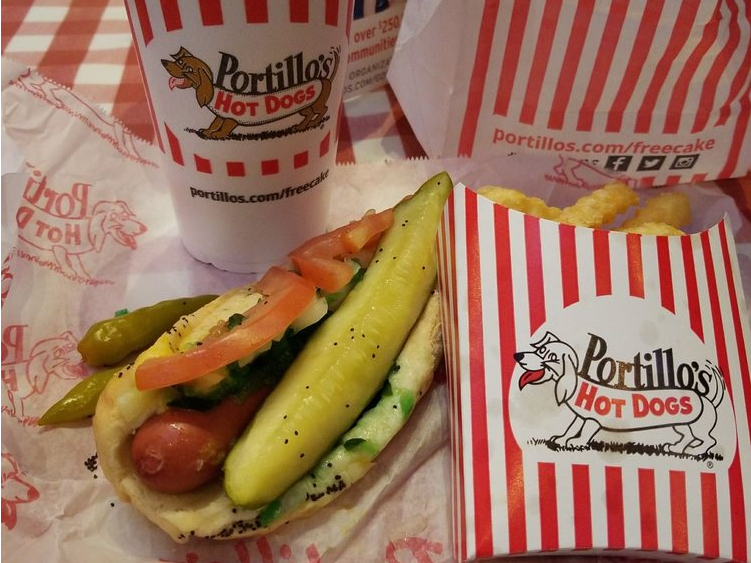 Portillo’s is a Chicago staple that has slowly gained national attention. The chain specialises in hot dogs served up Chicago-style with mustard (never ketchup), relish, celery salt, onions, tomatoes, a whole pickle spear, and sport peppers on a poppyseed bun.

Every location is designed with a specific theme in mind. From Old Chicago to Prohibition-era, each Portillos is decked out in eclectic, decade-specific décor.

Taco pizza is a menu highlight at Iowa-based Happy Joe’s. 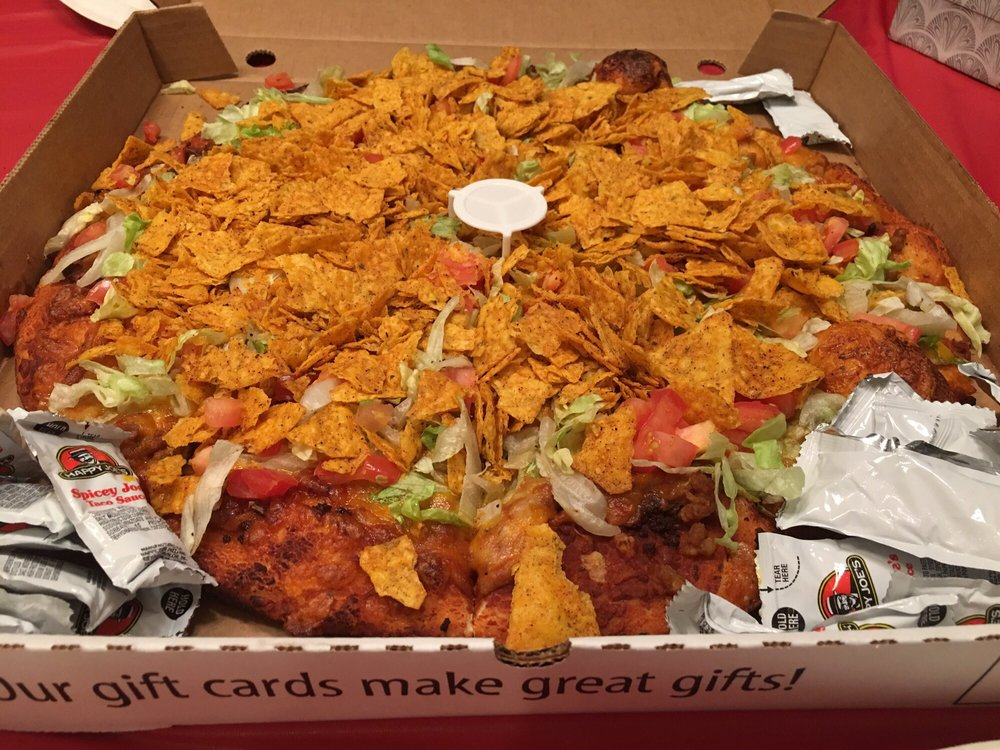 Happy Joe’s claim to fame is its taco pizza, a fusion food that the chain popularised. In addition to topping-laden specialty pies, the menu includes salads, pasta bowls, and ice cream sundaes.

Founded in Iowa in 1972, there are now also Happy Joe’s restaurants in Illinois, Minnesota, Missouri, North Dakota, and Wisconsin.

Maid-Rite is famous for the loose meat sandwich. 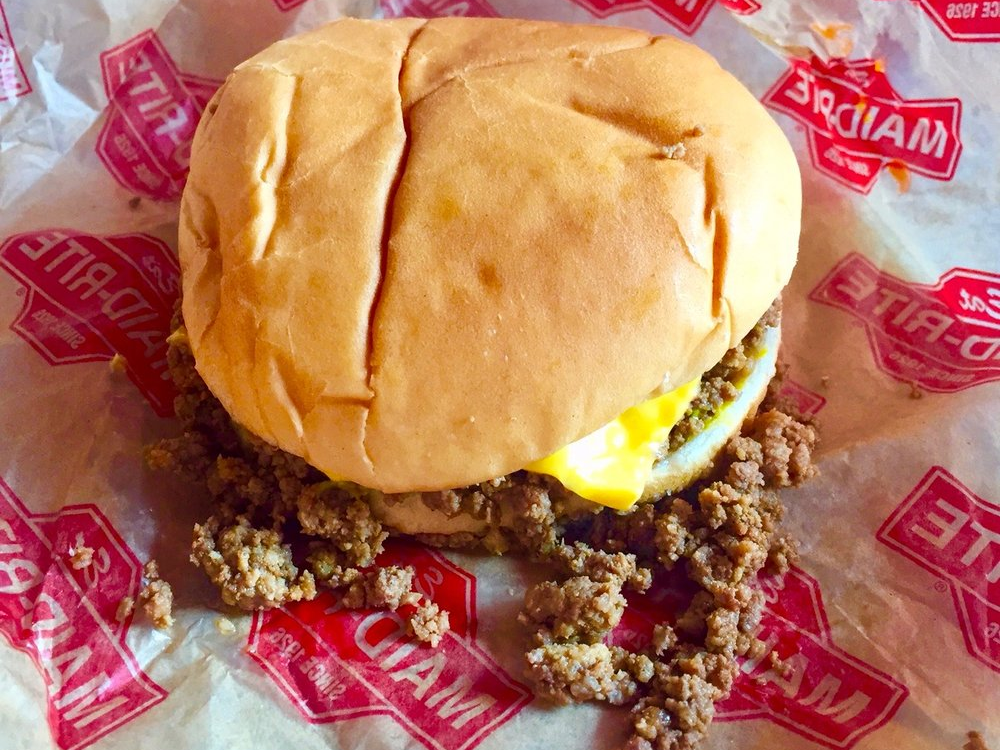 Based mainly in Iowa, Maid-Rite has been dishing out loose meat sandwiches since 1926. You can pair your sandwich with American classics like malted shakes or cheese fries.

The chain began as a single restaurant in Iowa but now has locations throughout Illinois, Minnesota, Missouri, and Ohio as well. 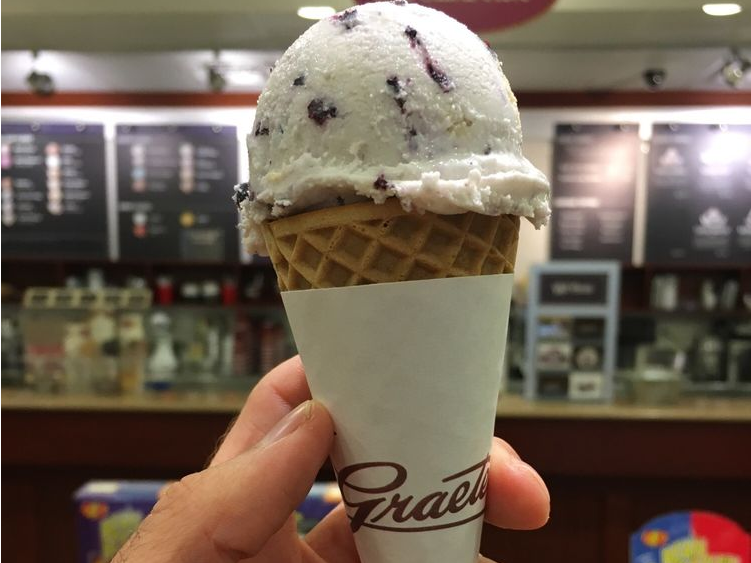 The Ohio-based chain has a history dating back to the late 19th century. Today, there are shops throughout Ohio and Kentucky as well as a few locations in Illinois, Indiana, Pennsylvania.

Outside of these states, you can find Graeter’s ice cream in select grocery stores, such as select Whole Foods. 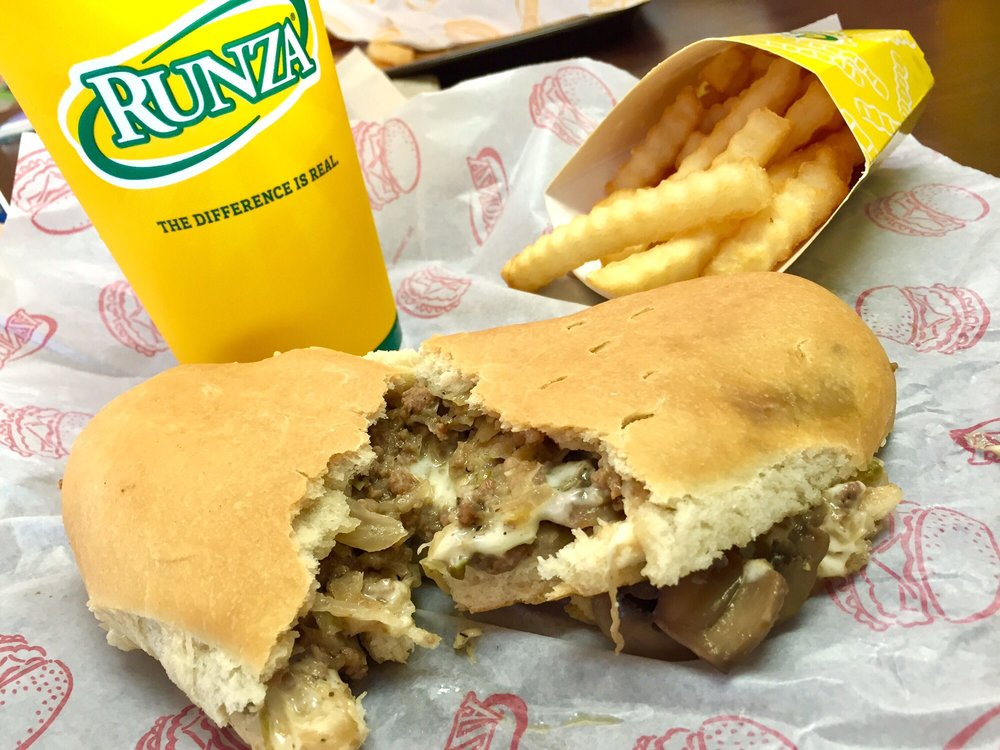 Lisa T./YelpOnion rings, fries, and a runza from Runza.

Runza is named after the classic Eastern European sandwich consisting of a bread pocket filled with ground beef, cabbage, and onions. Along with a traditional flavour, the Nebraska-based chain sells variations such as a BLT runza and a Southwest runza.

Outside of Nebraska, there are Runza restaurants in Kansas, Iowa, and Colorado.

At Skyline Chilli in Ohio, spaghetti gets piled with chilli and cheddar cheese. 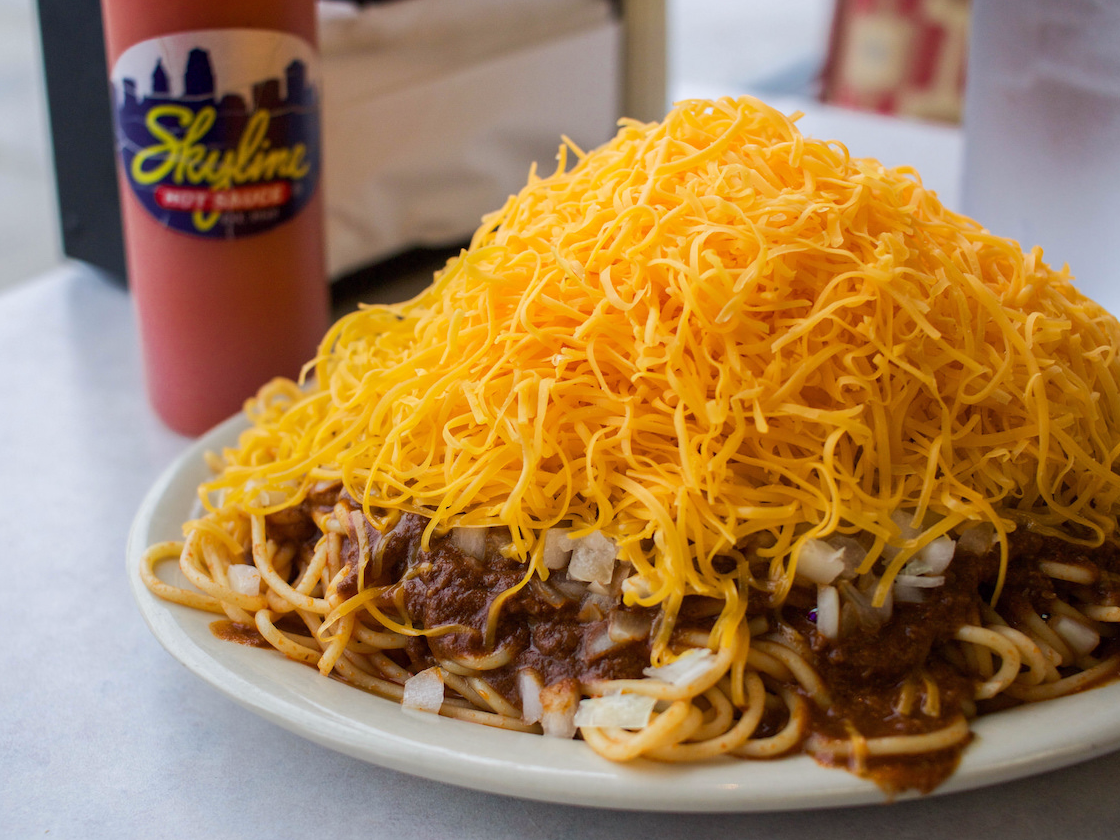 At Skyline Chilli, the main attraction is the “three-way,” a plate of spaghetti piled with chilli and a heaping mound of cheddar cheese.

If you add onions or beans, it becomes a “four-way” (with both, it’s a “five-way”). The Ohio-based chain has been around since 1949, and it also serves cheese Coneys, which are hot dogs topped with chilli and cheese.

There are Skyline Chilli locations in Ohio, Indiana, Kentucky, and Florida. 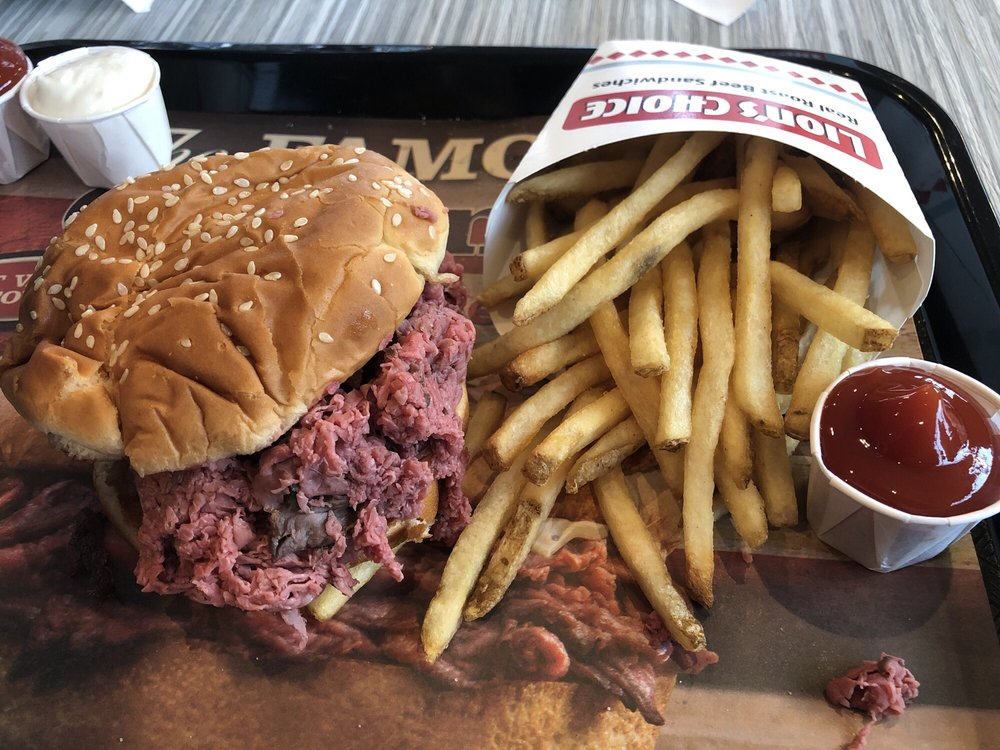 If you want a roast-beef sandwich, you can’t go wrong with Lion’s Choice.

The chain is located across Missouri, Illinois, and Kansas.

Schoop’s Hamburgers are made fresh. 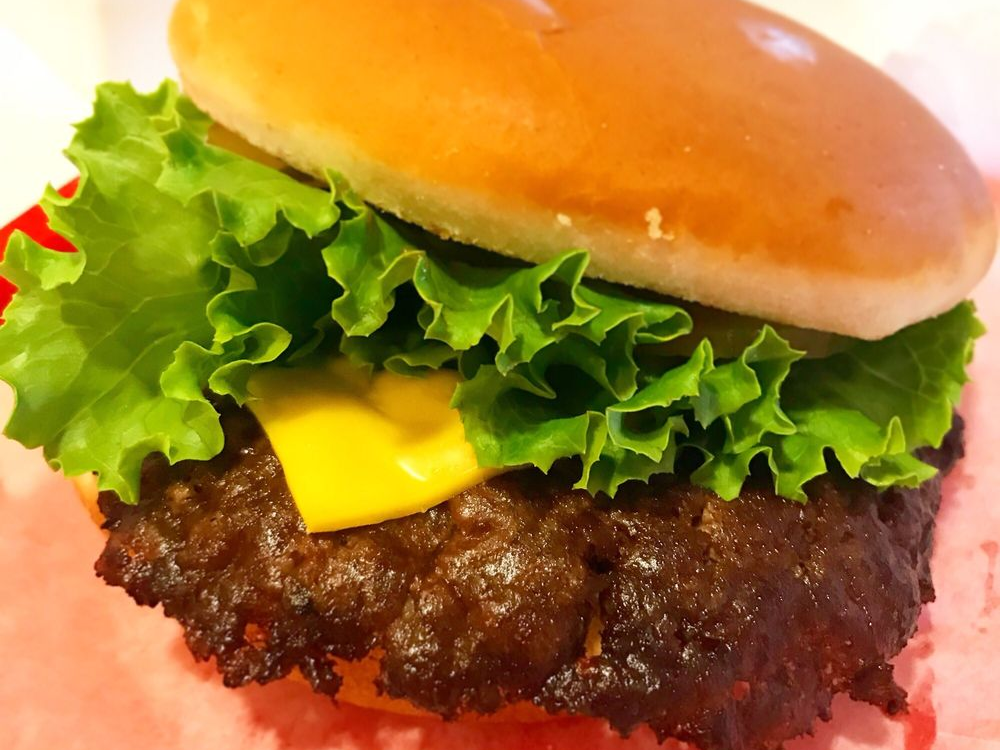 When you visit Schoop’s Hamburgers, you may know what to expect, but the way they’re made makes this chain a fan-favourite.

The burgers are made with fresh ground beef, making them crispy, juicy, and perfect for topping with more patties, bacon, cheese, and the works.

You can find these burgers in Indiana and Illinois.

Max and Erma’s has something for everyone. 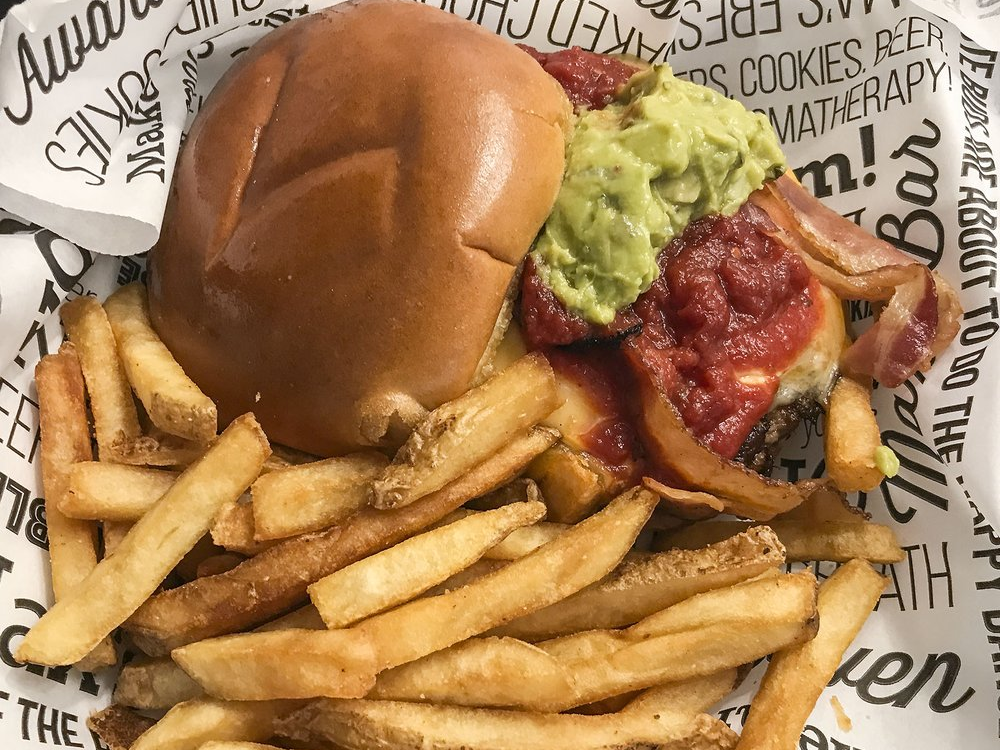 The Ohio-based Max and Erma’s has something for everyone in the family.

Its menu features burgers– like the garbage burger, topped with cheese, mushrooms, onions, and marinara – as well as appetizers, salads, soups, and fresh-baked cookies you can order at the start of your meal.

If cookies aren’t your thing, take advantage of the ice-cream sundae bar. It’s situated in a bathtub, so it isn’t easy to miss.

Max and Erma’s has locations in Ohio, Pennsylvania, Indiana, Kentucky, Michigan, and Virginia.