Fans have determined the most hated episode of 'Friends,' and Ross and Rachel haters will probably agree 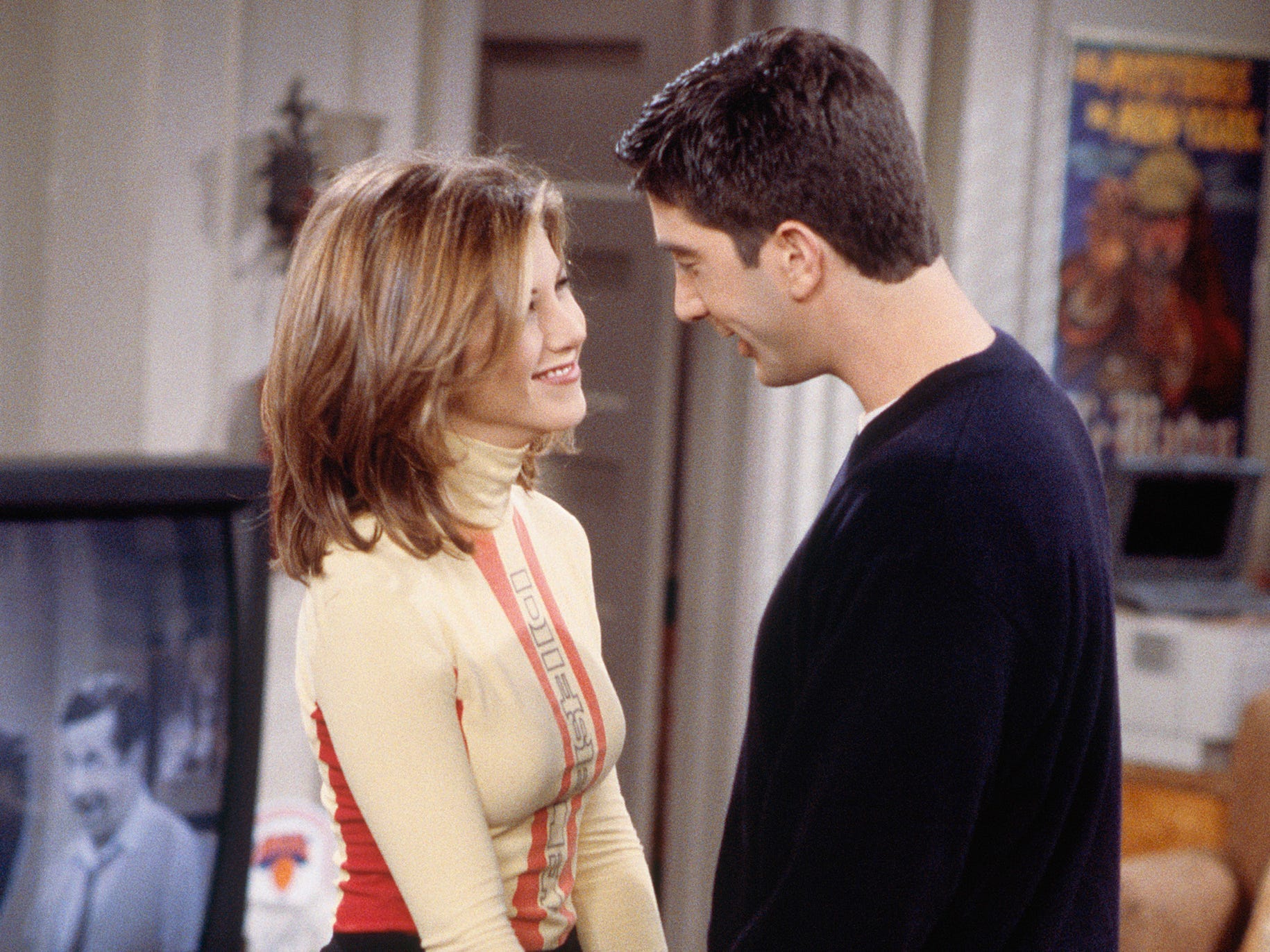 Paul Drinkwater/NBCU Photo Bank/NBCUniversal via Getty Images via Getty ImagesA still from ‘The One Where Ross and Rachel…You Know,’ one of the episodes sampled in the clip show.

Some of the best and worst episodes of “Friends” showcase Ross and Rachel’s tumultuous relationship.

Set in New York City, the 10-season NBC sitcom focuses on the lives of six best friends â€” Rachel, Ross, Phoebe, Monica, Chandler, and Joey â€” as they fall in and out of love.

But according to viewers, the worst episode of “Friends” is “The One With the Invitation” (season four, episode 21) with a score of 7.2/10. 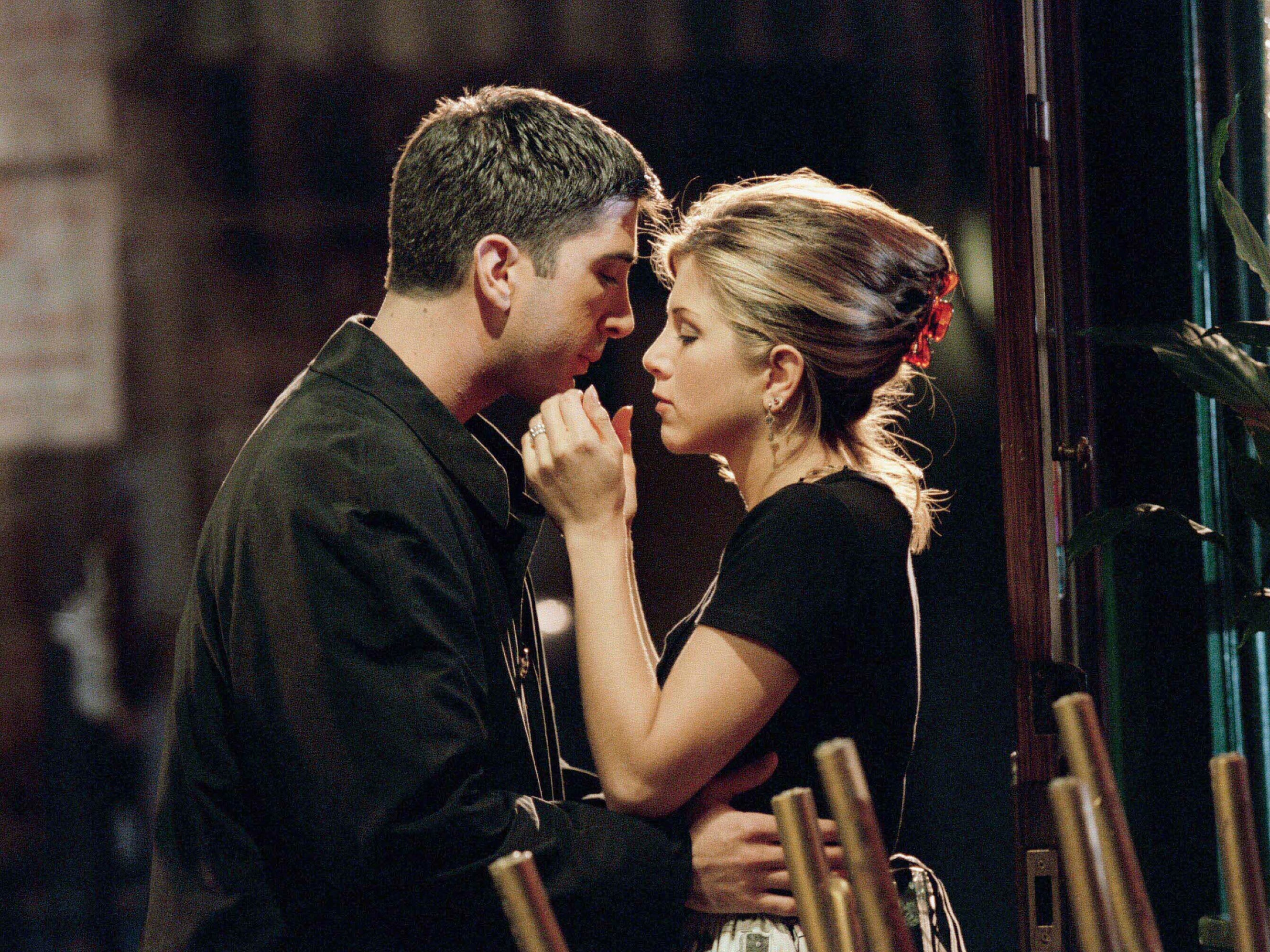 The episode takes place around the middle of the show’s run and starts setting its characters up for a season finale in London, as Ross (David Schwimmer) and Emily (Helen Baxendale) plan their upcoming wedding.

After the engaged couple discusses whether Rachel (Jennifer Aniston) should be put on the guest list, Ross reminisces about the ups and downs he and Rachel experienced as a couple.

Later on, Rachel takes a similar trip down memory lane as everyone receives their wedding invitations.

“The One With the Invitation” may be the most hated episode in the series because it’s a “clip show,” an episode that recycles past moments within a framing device.

When “Friends” aired on live television, clip shows were often used as a budget-friendly way to recap important moments for new viewers tuning in. For fans watching the show in order, it’s easy to see why these clip shows would be more poorly rated than episodes full of original material.

But it’s easy to see why “The One With the Invitation” earned an even lower score. Although clip show episodes often highlight funny and memorable moments from the series, this particular episode flashes back on several bickering fights between Ross and Rachel.

A few of the scenes in question even circle back to their memorable “We were on a break!” argument, which some viewers aren’t always eager to revisit.

Even though it’s the most hated episode, it has a few bright spots

When it’s not looking back on Ross and Rachel’s best and worst moments as a couple, “The One With the Invitation” has a few new and heartfelt scenes to share.

Ross decides to send Rachel a wedding invitation after a moment of nostalgia, showing that he still cares about her. And at the very end of the episode, Rachel has an emotional conversation with Monica (Courteney Cox) about how difficult it would be to see Ross get married.

Her turmoil over accepting the wedding invitation marks a new turning point for Ross and Rachel’s relationship and shows that they still love each other even after all they have been through.

Conversely, the most beloved episodes are tied between ‘The One Where Everybody Finds Out’ and ‘The Last One: Part Two’ 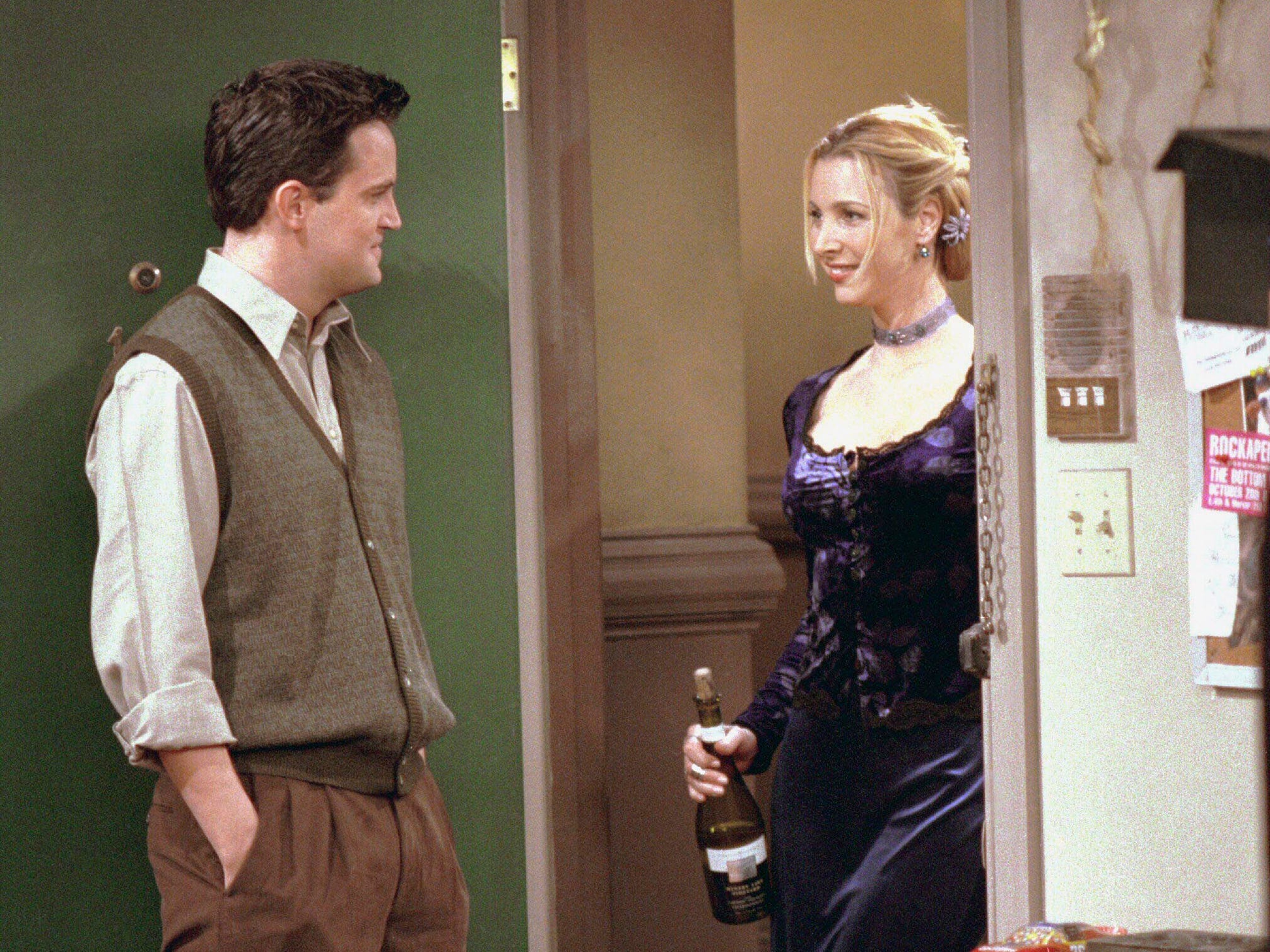 The most highly rated episodes of the show are tied between “The One Where Everybody Finds Out” (season five, episode 14) and “The Last One: Part 2” (season 10, episode 17). Both episodes boast an IMDb viewer score of 9.7/10.

On “The One Where Everybody Finds Out,” Ross tries to move into the apartment across the street after their neighbour, “Ugly Naked Guy,” vacates it.

While Rachel, Ross, and Phoebe (Lisa Kudrow) check out the space together, a bewildered Phoebe spots Chandler (Matthew Perry) and Monica hooking up. When Rachel, Phoebe, and Joey (Matt LeBlanc) all share that they’re in on Chandler and Monica’s secret relationship, Phoebe decides to have a little fun with Chandler by flirting with him.

Chaos ensues as characters catch on and realise “they don’t know that we know that they know,” and the friends try to outsmart each other.

As everyone is filled in on Chandler and Monica’s secret, comedic situational irony arises as the friends take advantage of who knows what.

“The One Where Everybody Finds Out” also showcases the ensemble’s personalities perfectly, highlighting Monica’s obsession with winning and playing into Joey’s happy-go-lucky persona as he begs everyone to get along.

And Kudrow notably shines as Phoebe, gleefully trying to pull one over on the couple as she and Chandler go head-to-head.

As funny as it is, “The One Where Everybody Finds Out” marks the beginning of Chandler and Monica taking their relationship to the next level.

After first getting together in “The One With Ross’s Wedding,” Chandler and Monica spend half of season five sneaking around for fear of their friends finding out.

At the end of the episode, as Phoebe and Chandler engage in an escalating game of chicken to see who will crack first, Chandler finally puts a stop to it by telling Monica that he loves her.

After falling in love, the two would go on to marry on “The One With Monica and Chandler’s Wedding” and adopt twins before the show’s end.

Viewers felt ‘The Last One: Part Two’ brought the long-running sitcom to a satisfying close 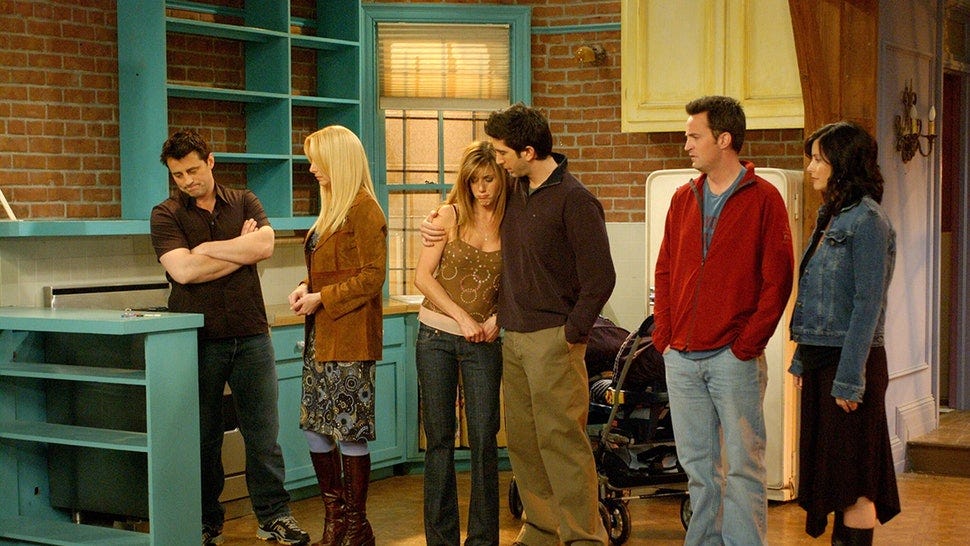 On the show’s finale episode, “The Last One: Part Two,” Ross and Phoebe rush to the airport so that they can stop Rachel from leaving for Paris after Ross realises that he loves her too much to let her go.

Meanwhile, back at the apartment, Monica packs to move out and dotes over her newly adopted twins. Across the hall, Chandler and Joey bond as they search for the baby duck and baby chicken that Joey got him as a going-away present.

In the end, Rachel comes back home and tells Ross she couldn’t leave for Paris as they embrace each other.

The friends share one last tearful goodbye to the apartment and each other, knowing that even though they will all stay close, they won’t see each other as often as they once did.

The finale gives fans plenty of highs, from Joey and Chandler’s last adventure on-screen to Rachel’s emotional delivery of the line, “I got off the plane.”

Although the series dipped in acclaim with “The One With the Invitation,” the sitcom bounced back and consistently scored high among viewers, managing to send its characters off with one of its strongest episodes yet.

17 little-known facts about ‘Friends’ even fans might not know

Every job the characters on ‘Friends’ had, and what it’s really like to do them

The first and last outfits of 10 characters on ‘Friends’

The worst movie every ‘Friends’ actor has been in, ranked